COUNTDOWN: Counting down every G2 Go-Bots and Spychanger ever made! (Part 3) 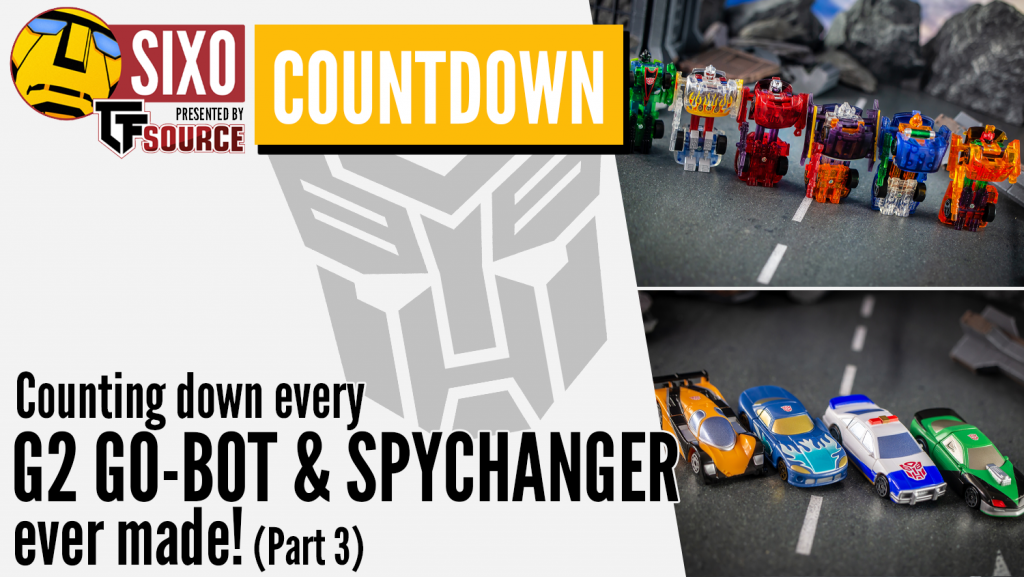 We’re back for the third part of our walk-through of every version of the Spychanger moulds that ever existed! If you missed part 1 on Generation 2 Go-Bots and part 2 on Car Robots, be sure to check those out before continuing with Robots in Disguise below. 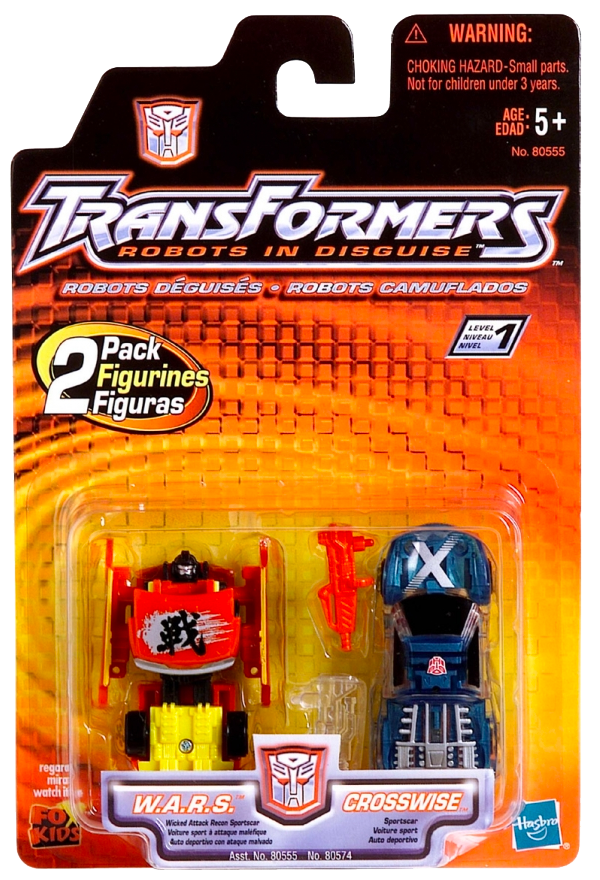 Hasbro had initially planned to continue the Beast era beyond 2000’s Beast Machines, with a line named Transtech conceived for a 2001 release. However, when it was parked, they needed to ensure a supply of new toys on retail shelves, so instead opted to bring over Takara’s Car Robots line as a bit of a placeholder. Though many toys were very similar to their Japanese counterparts, Hasbro did make numerous changes too, and so it was with the Spychangers. The colour schemes of the core six were all essentially identical, although now they were released in carded 2-packs and given new names:

The most notable difference with these releases was the absence of the heat-sensitive rubsigns found on the Takara versions. In their place were more traditional Autobot symbol tampos (something Hasbro also added to other RID designs where they had been absent from the Japanese toys). 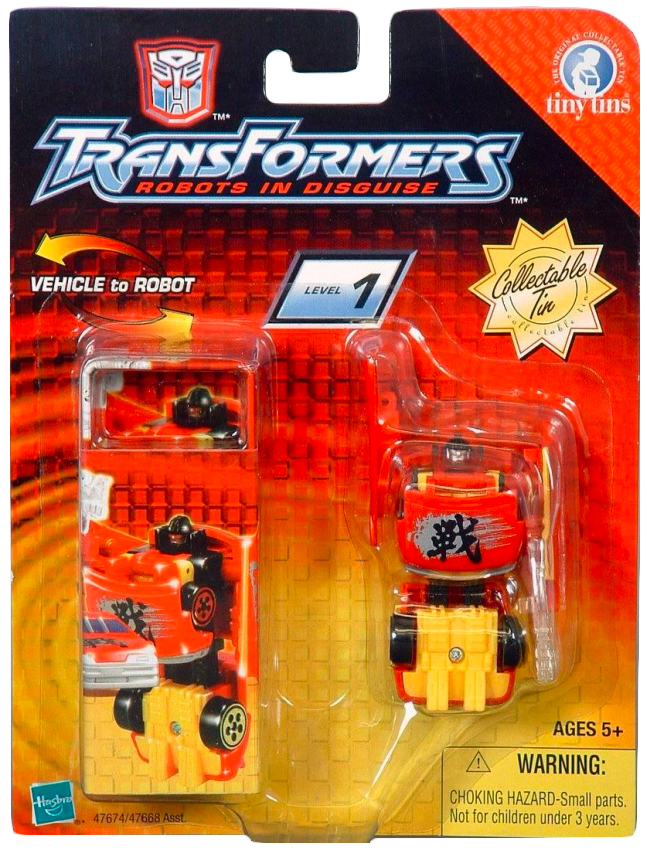 A year after their initial release, the RID Spychangers were made available on single cards as part of a licensed tie-in with Tiny Tins, a brand of small tin collectable cases. Each tin featured artwork of the corresponding character and could hold the Spychanger within for storage. The toys themselves were identical to before. 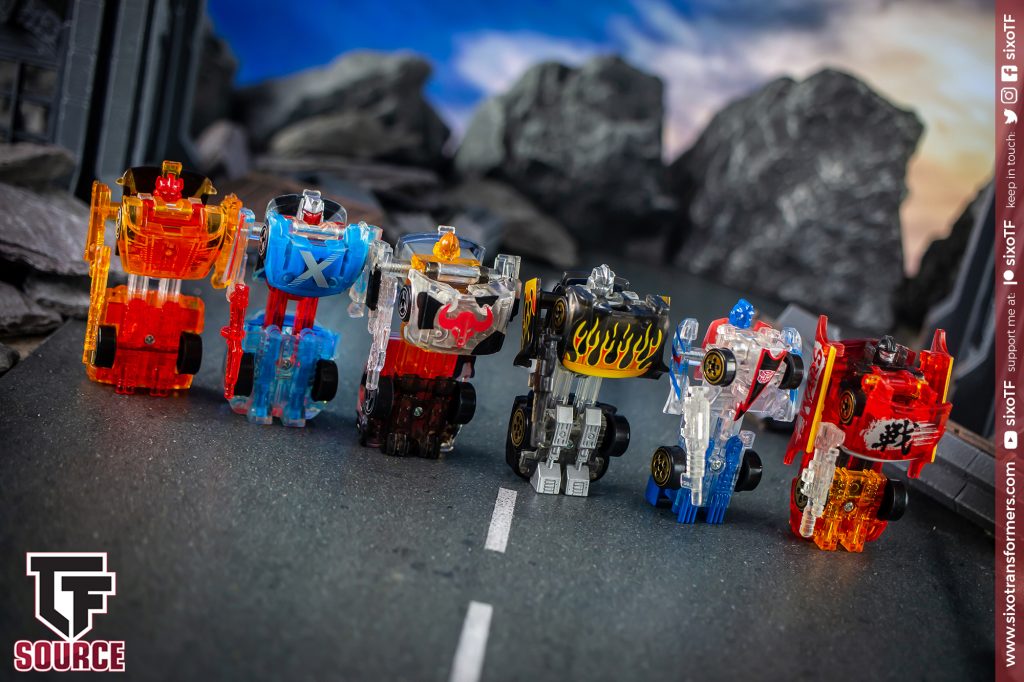 Not to be outdone by Takara, Hasbro also released the core six in a series of whacky colour schemes, including two sets of exclusives to K·B Toys stores in the USA. The first of these saw the team realised in their traditional colours (save perhaps for REV, who was more of an orange shade than his original yellow) but made predominantly with clear plastic instead of opaque. 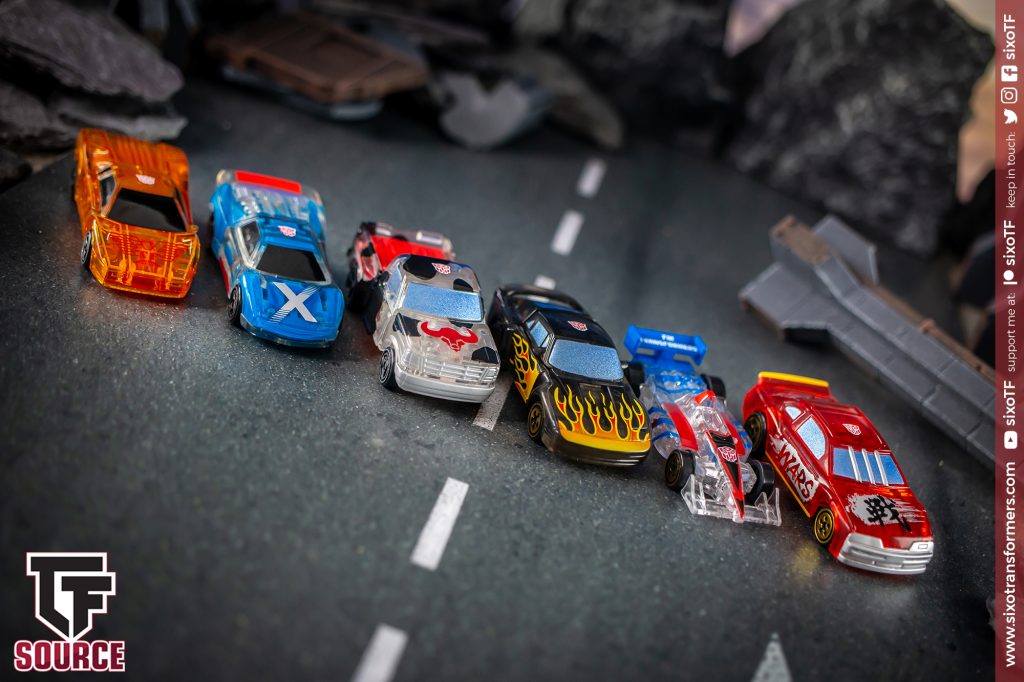 This set was individually carded and is still very easy to come across today. 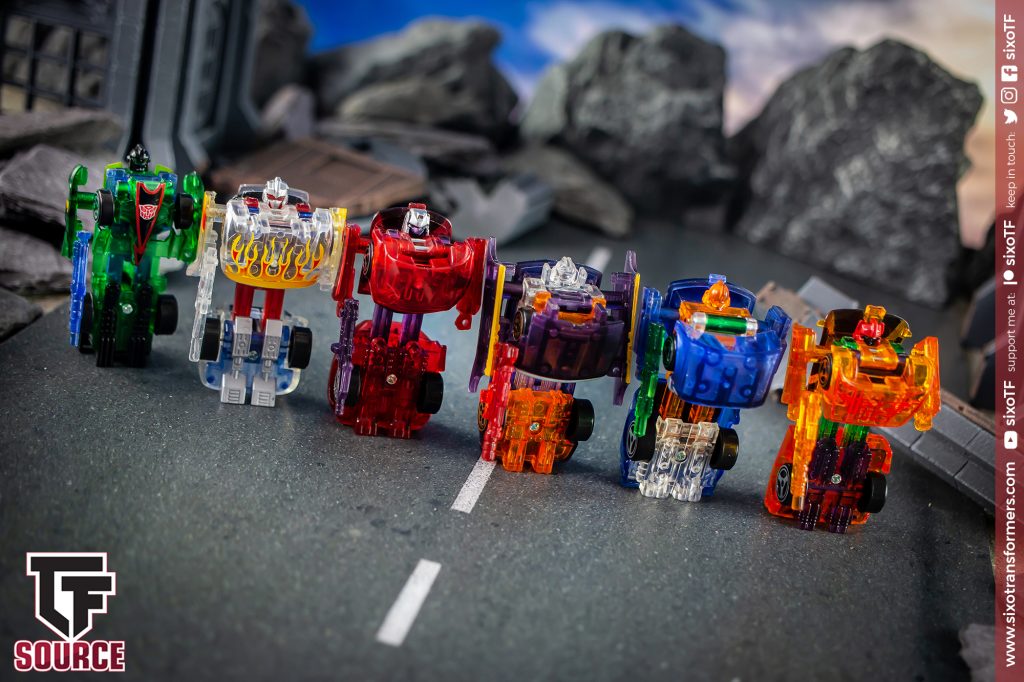 A year later, a second K·B Toys exclusive set of the core six was produced in entirely different transparent plastic colour schemes. Though perhaps not as immediately eye-searing as the Japanese JUSCO set, this line-up more than holds its own when you get to admire them, with each toy being particularly lovely up close, in my opinion. 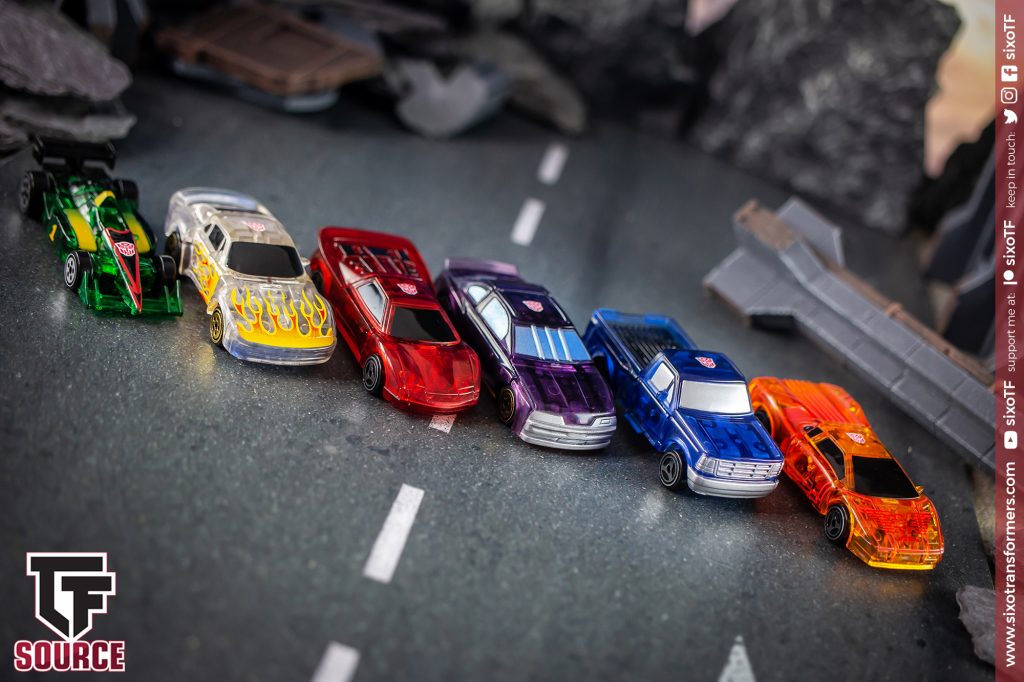 At this point, I’m sure you can also see why keeping track of all the various releases is a tricky prospect! 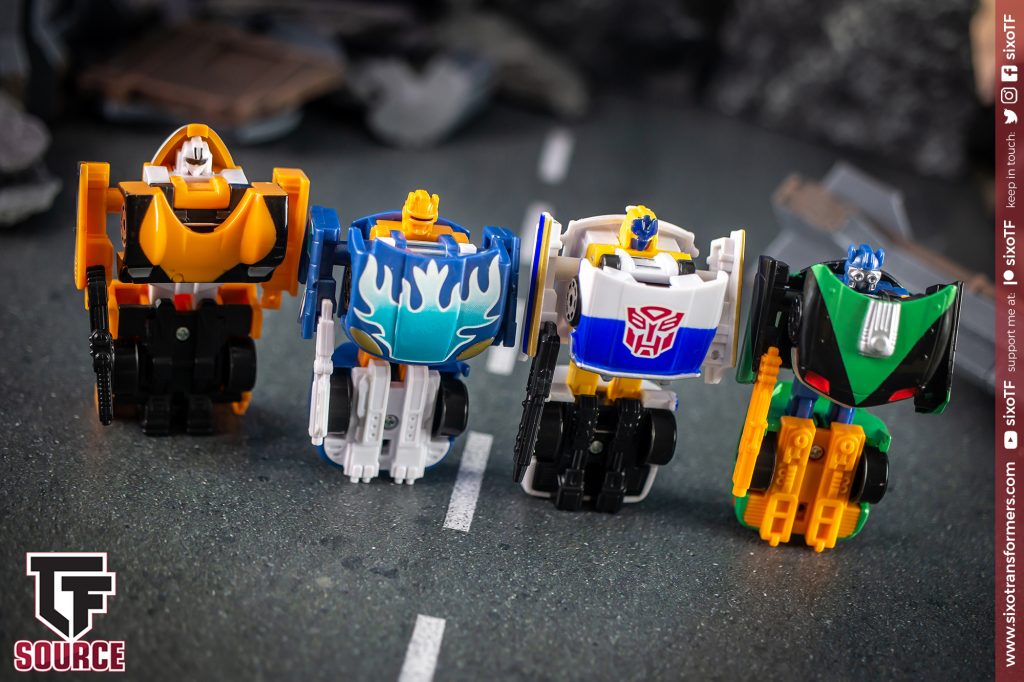 Now we come to the first released new moulds outside of the core six, as Hasbro went beyond Takara and brought back four of the six prototype designs from Generation 2 for their line-up. The Kremer Porsche 962 CK6, Dodge Viper, police car and Chevrolet Camaro moulds were given wholly new paint jobs and identities, seeing release at long last as a pair of carded 2-packs. 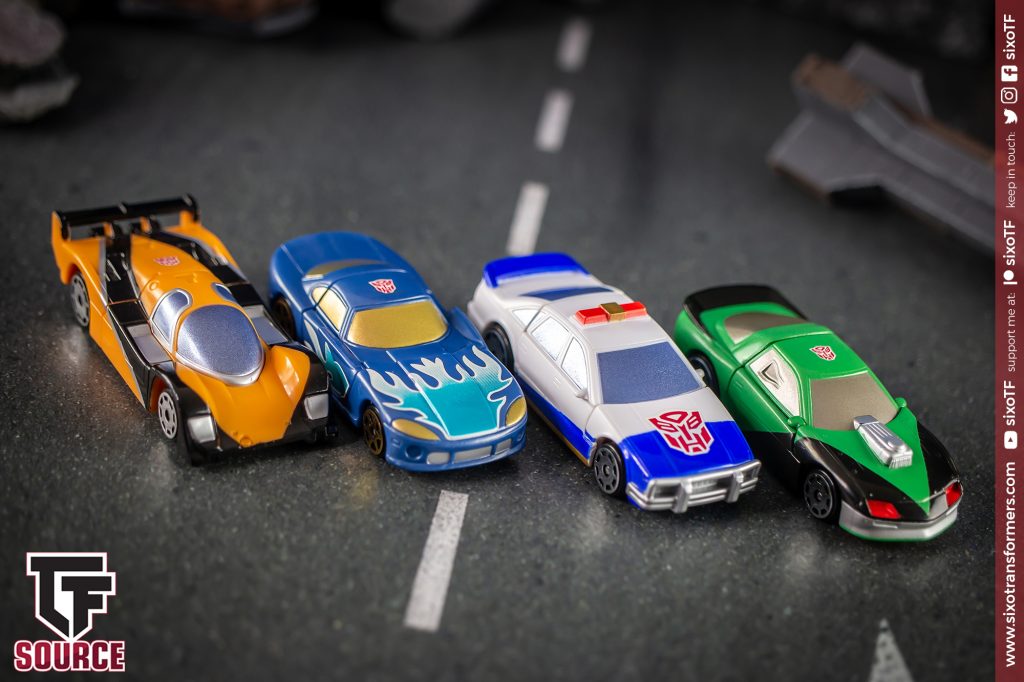 Again, though it’s sad to think the Mercedes and SUV moulds will never see the light of day, at least we can appreciate these four fantastic designs thanks to their 2001 release (and their subsequent uses in the Universe line, but more on that later). 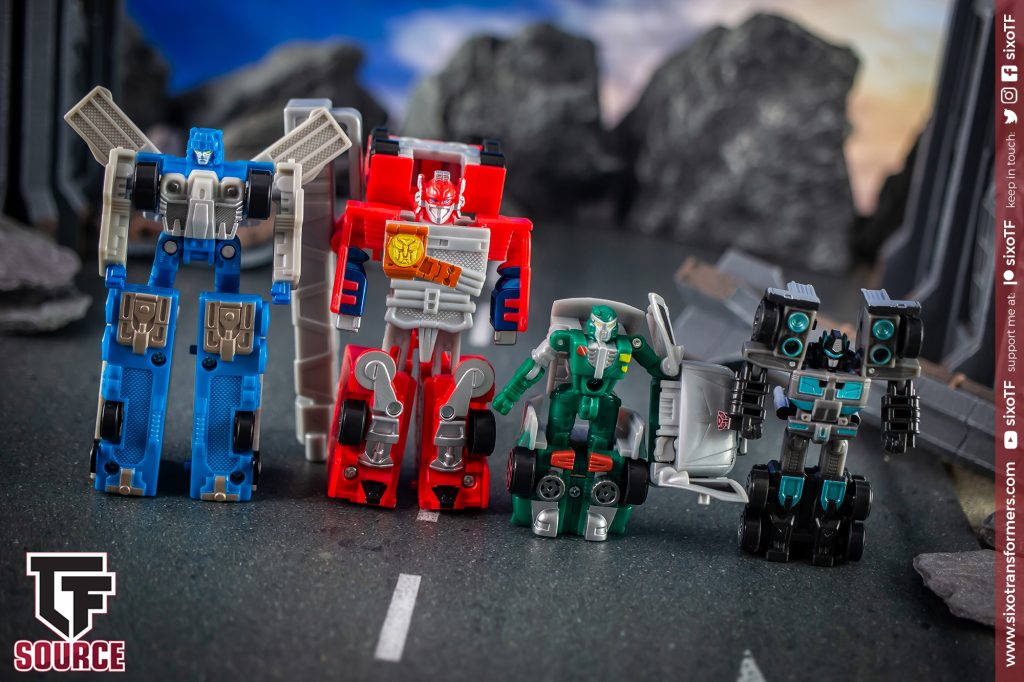 As well as the four moulds brought back from the G2 archives, Hasbro designed a further four toys from the ground up for their Robots in Disguise roster. These were all miniature versions of popular characters from the RID cartoon and existing toyline, although now looking as cute as a button. 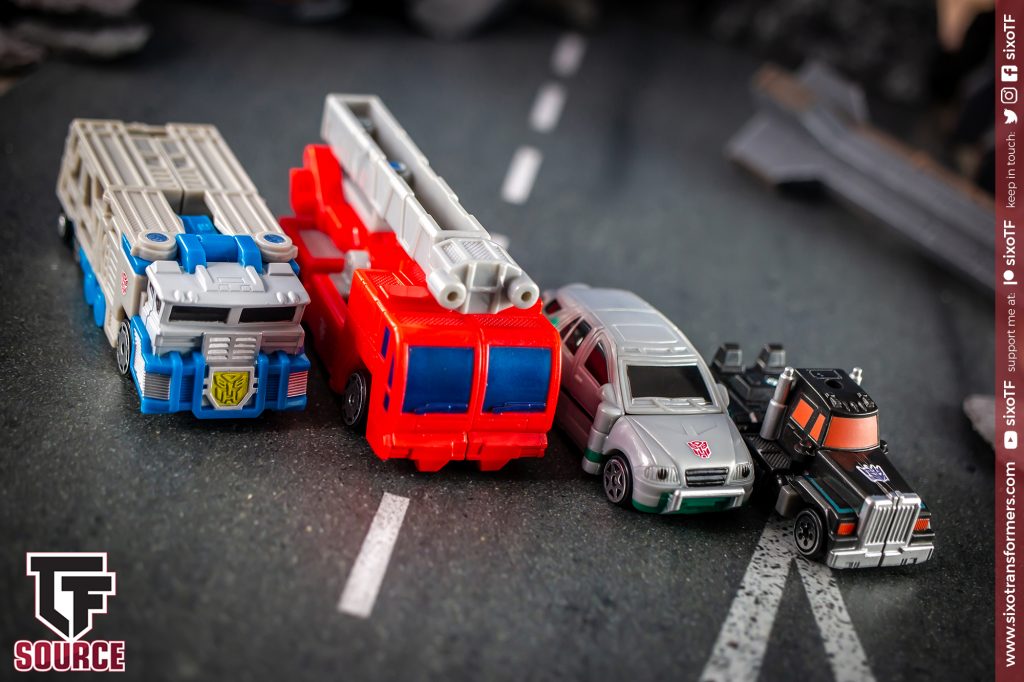 As with the other main Spychanger releases, X-Brawn and Scourge were made available as a carded 2-pack. However, Optimus Prime and Ultra Magnus were only released as single cards (presumably due to their larger size).

Be sure to stay for the final part, as we’re off to the Universe line next!

This entry was posted in Source Articles Tagged with Countdown, Generation 2, Go-Bots, Robots in Disguise

COUNTDOWN: Counting down every G2 Go-Bots and Spychanger ever made! (Part 3)