COUNTDOWN: Counting down every G2 Go-Bots and Spychanger ever made! (Part 1) 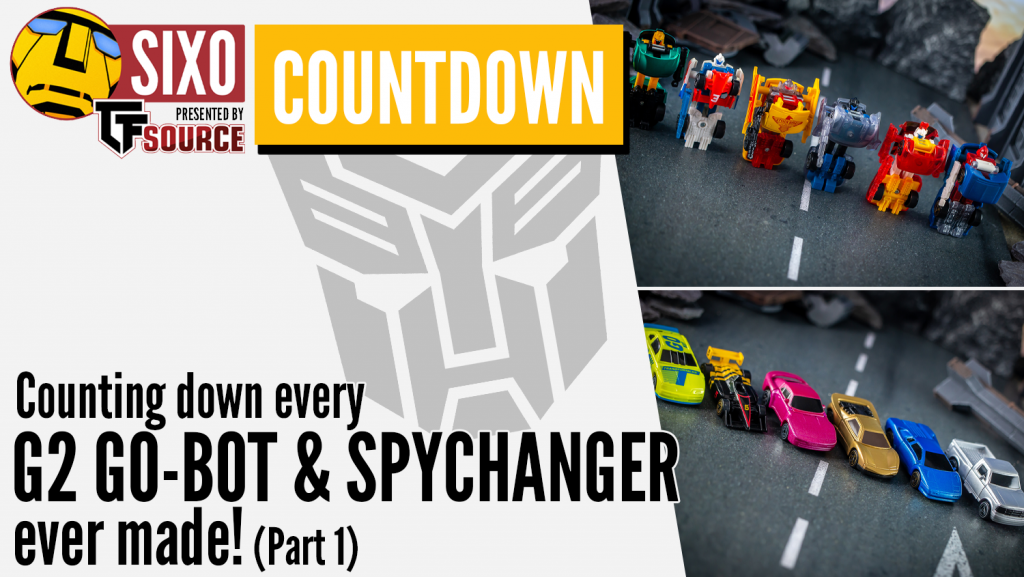 There’s an old saying in Transformers collecting: “To appreciate Spychangers is to find a sense of true bliss“.

OK, there’s really no such saying, but there should be! After all, the little buggers are nothing shy of adorable, providing the quintessential transforming robot experience in pocket-sized form. They’re full of all the good things you get with larger toys but condensed down into charming miniature size. Oh, and even better, they come in all manner of banging colour schemes!

Needless to say, it makes for an absolute minefield when you start a Spychanger collection, so to help out, we’re going through *every* release of each mould that has ever been (and a few that weren’t!), going all the way back to where it began. 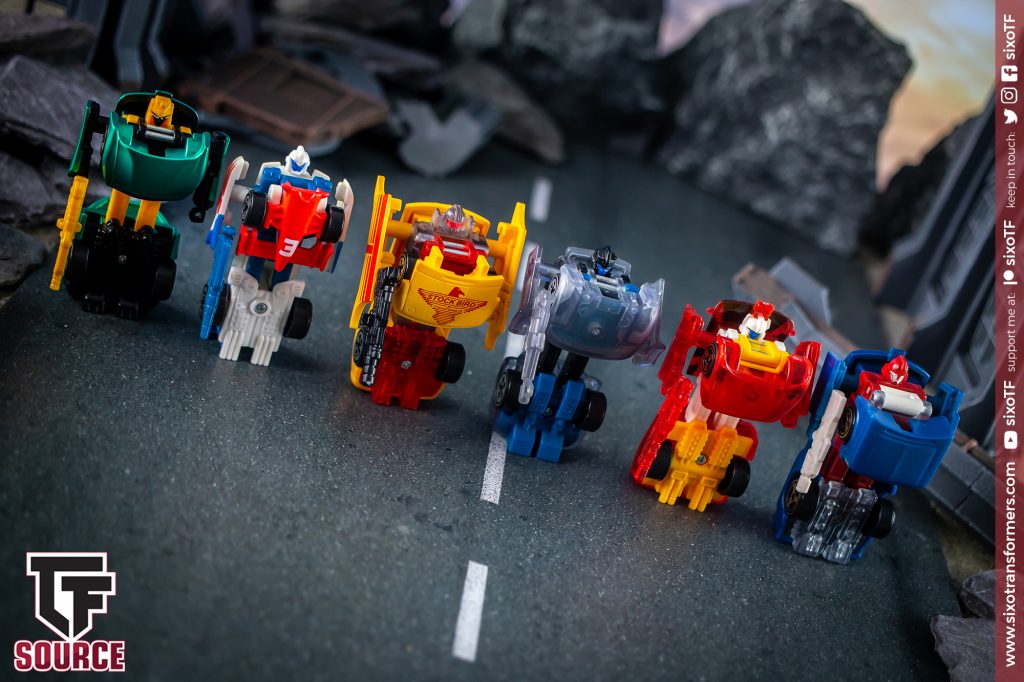 The first release of any Spychanger mould was back in Generation 2 when they were instead known as Go-Bots (no, not the ones you’re thinking of!). Naturally, these initial toys really set the template in more ways than one. Firstly, they established the design of 1:64 scale toys, all conceived as working with Matchbox or Hot Wheels ramps and other playsets. Secondly, these first releases would become the “core six” designs that would be repainted and re-released repeatedly, as we’ll see! 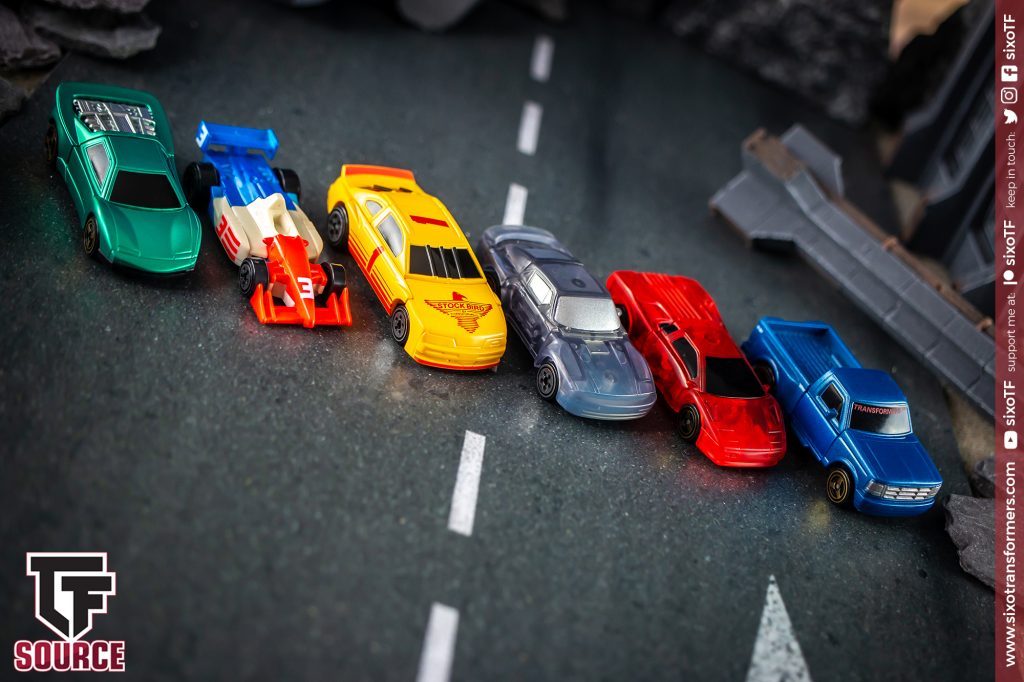 The vehicle modes included a concept car (similar to the Hot Wheels’ ‘Speed Blaster’), a Lola T94 Indy car, a Ford Thunderbird, a Porsche 959, a Lamborghini Diablo and a Ford F150. What a line-up. 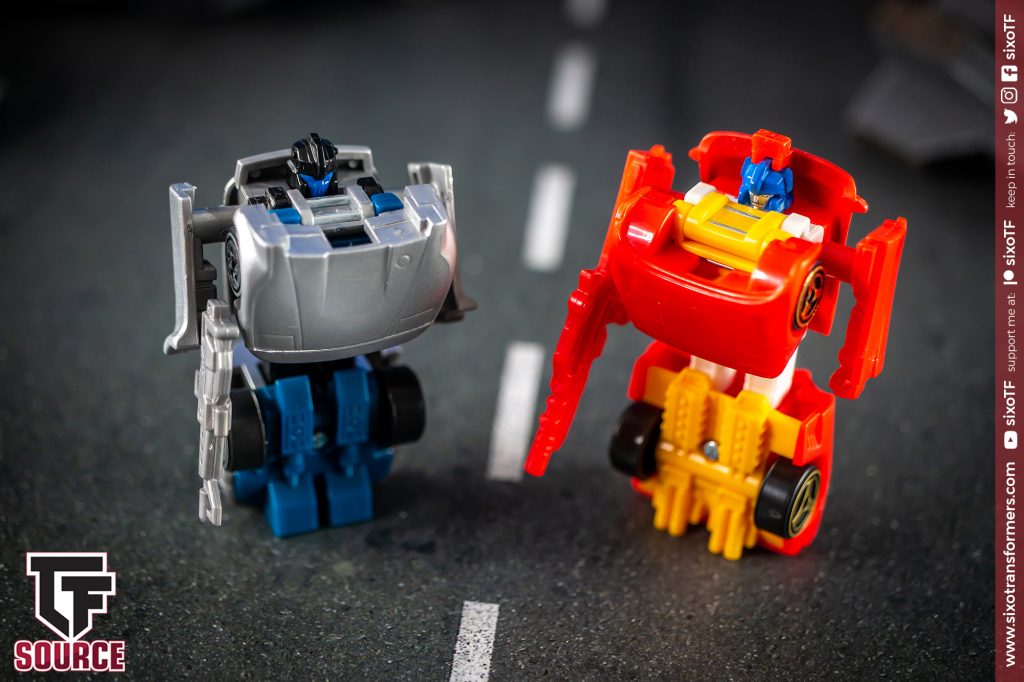 The second wave of G2 Go-Bots didn’t do much to expand the roster, as it was mostly made up of the same releases as the first. High Beam, Double Clutch, Gearhead and Motormouth were all re-released, although the latter two were modified to no longer include the clear plastic seen on the original versions. Additionally, in place of Blowout and Firecracker, the moulds were now slightly repainted and renamed as classic Transformers characters, Megatron and Optimus Prime. 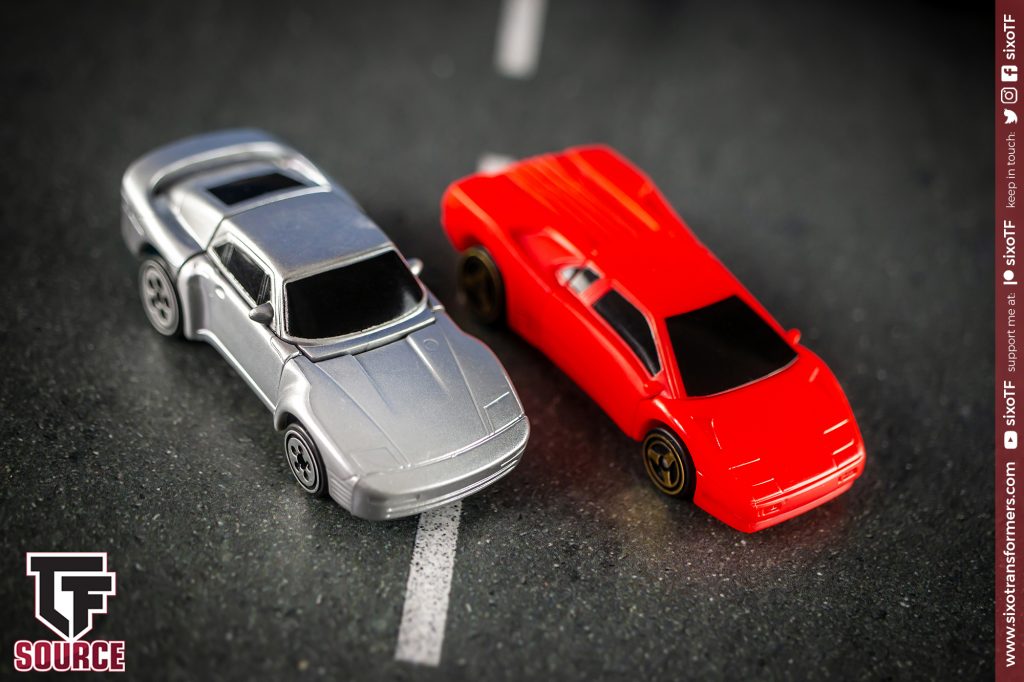 Although not exactly recognisable as traditional versions of the faction leaders, they’re fun additions to the line all the same! 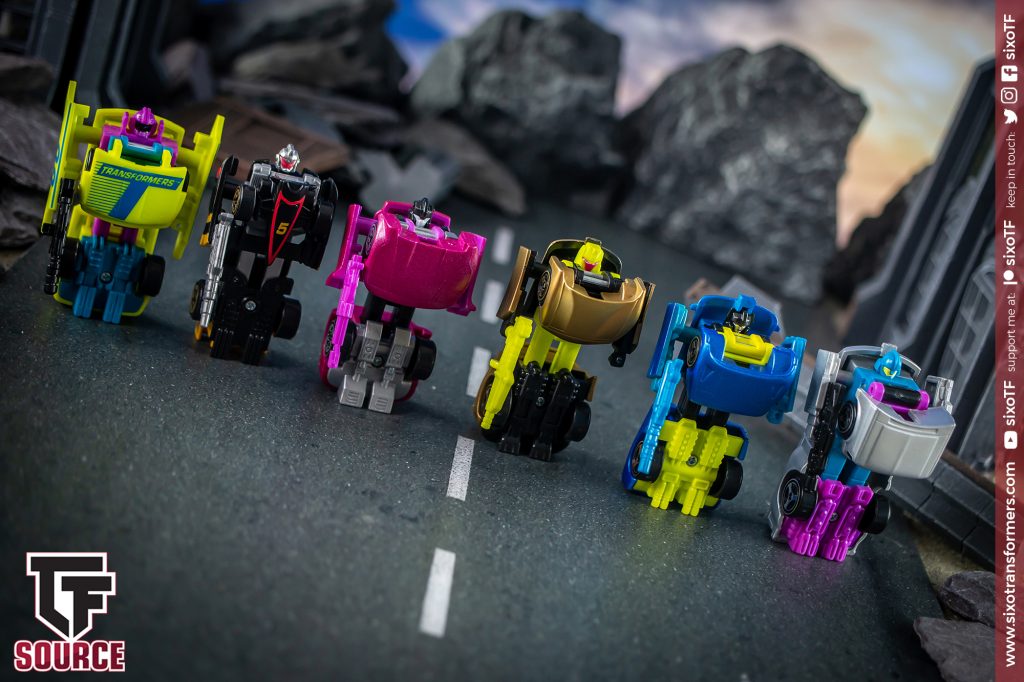 The six core moulds were used again for the third wave of Go-Bots, although the colour schemes were overhauled entirely, and the toys all gave new identities. Their names were fashioned after more classic Transformers characters, although again, they bear little resemblance to their traditional depictions in most cases (outside of Mirage being a racing car, Sideswipe being a Lamborghini and Bumblebee being… kind of yellow and gold?). 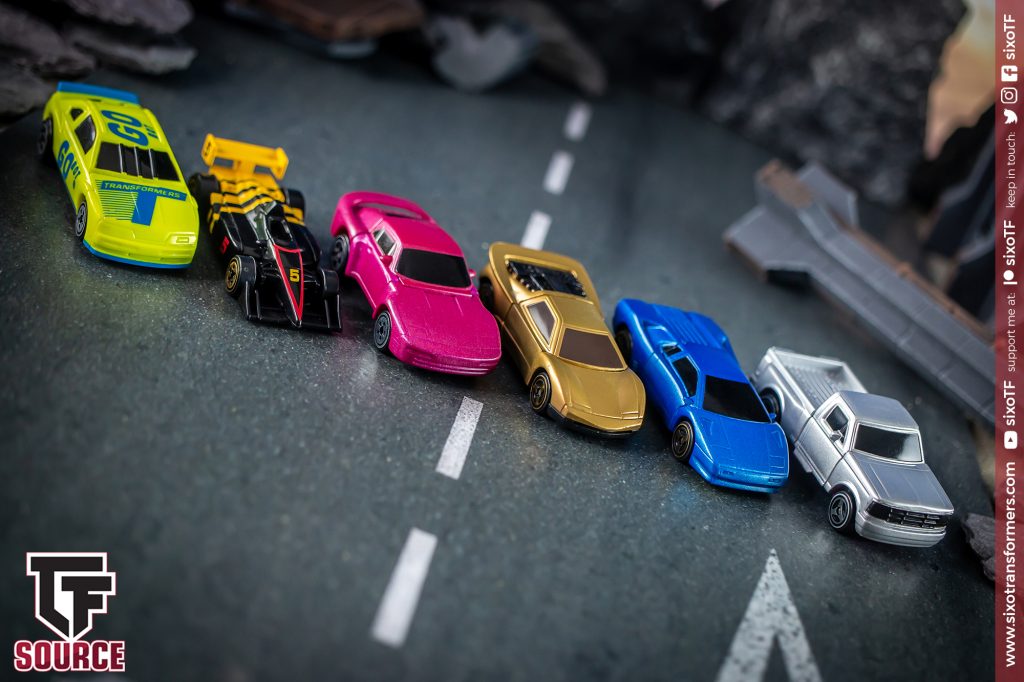 This was the first instance of the Indy car mould being called Mirage and the Ford pick-up being called Ironhide, although it would not be the last! 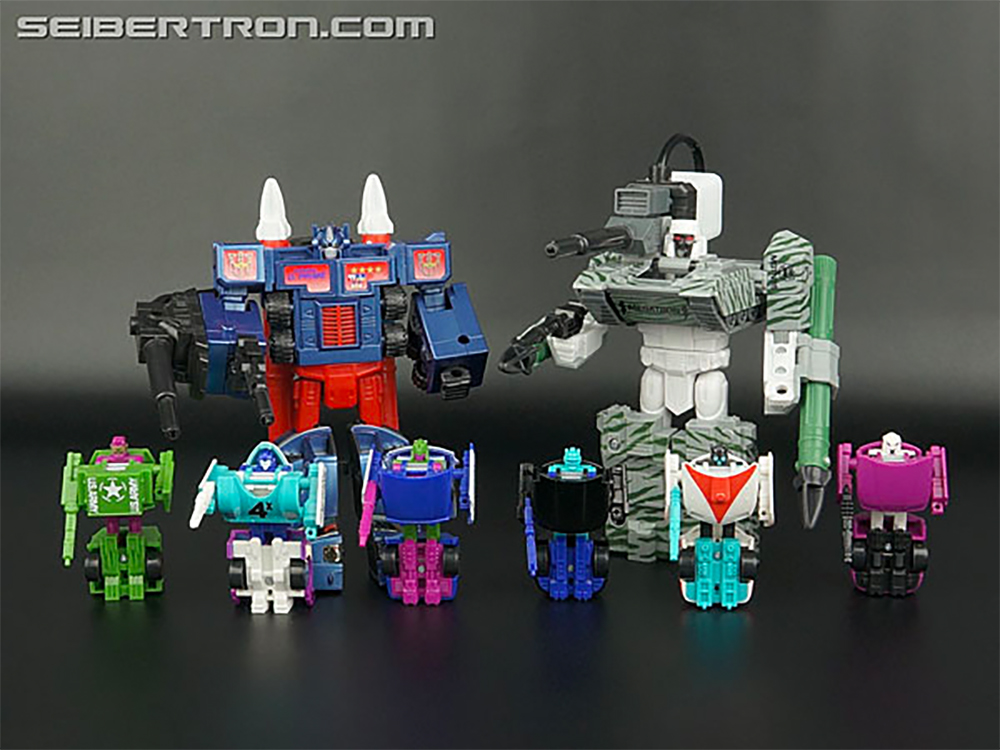 I mentioned these little guys in a recent article on unreleased G2 toys, but we’d be remiss if they didn’t feature here, too! Though never actually available at retail at the time, there was a second set of Go-Bots moulds made, featuring all-new moulds. By all accounts, they went very far down the production route before ultimately being cancelled somewhere just prior to release (as evidenced by packaging artwork and samples coming to light in the years since). Copies of these toys have popped up since, although often with a hefty price tag!

The vehicle modes include a Dodge Viper, a Chevrolet Camaro, a Mercedes-Benz SL 500, a military SUV, a Kremer Porsche 962 CK6 and a police car. Names for these new Go-Bots have never been fully confirmed, although the Chevrolet has “Rumble” printed on its bumper and the SUV has “19HOUND960” adorning the doors, so that gives some indication. The others are typically identified in fan circles as 911, 4X (or GTP Racer) and Black Viper, both as a result of their markings but also online auction listings. The bright purple Mercedes-Benz is the only one to not have a designation of any kind.

Though the Mercedes and the SUV moulds would sadly be lost to time, the other four designs eventually got a retail release with fresh colour schemes as part of Robots in Disguise in 2001 (more on that later). 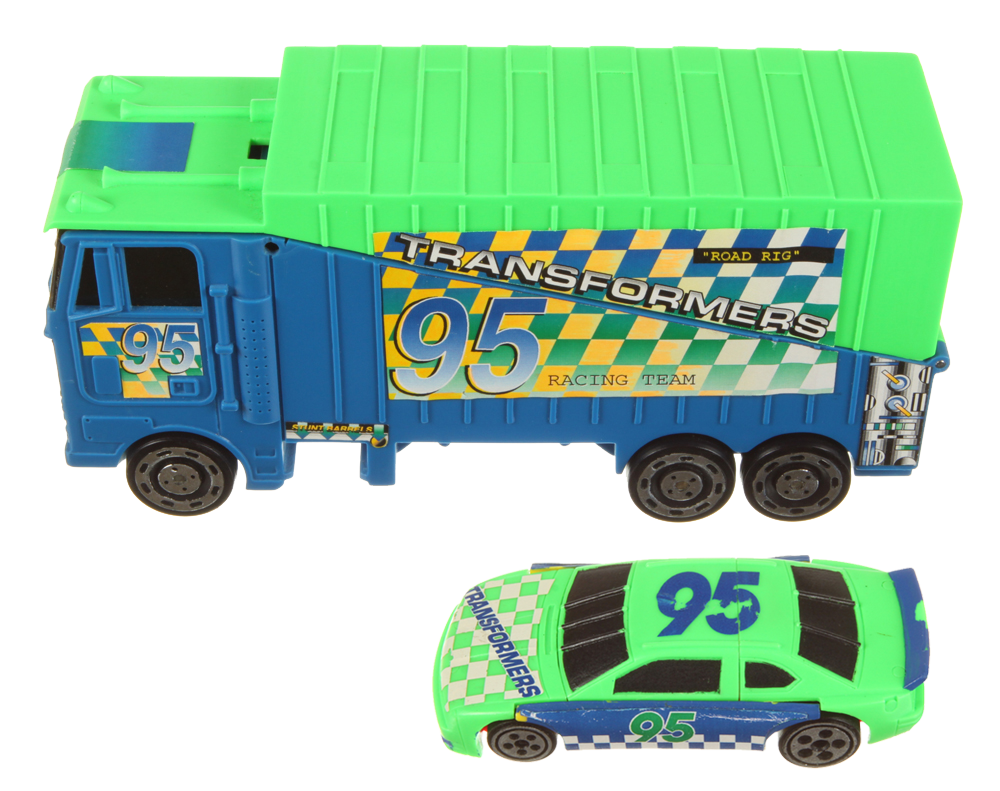 Here’s another unreleased G2 Go-Bot, though it’s a familiar mould for the smaller car toy itself this time. The Gearhead mould was to be repainted in bright green and blue and released as an Autobot under the name Greasepit. What makes this version genuinely unique is the “Road Rig” toy it was planned to be packaged with, a scaled truck that also turned into a Hot Wheels-styled ramp playset. Sadly it was never to be and now only exists as a hand-painted mock-up. 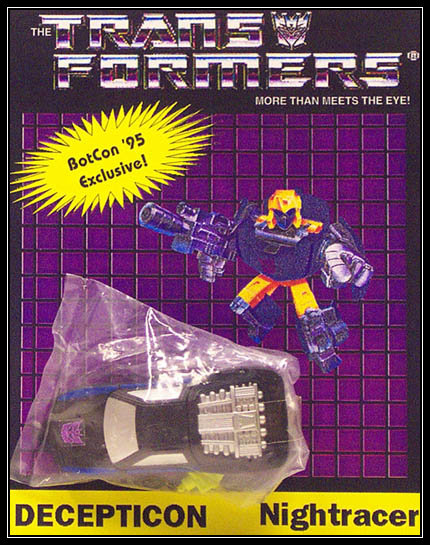 Technically, there was one more G2 Go-Bot, although it’s not a retail release. This BotCon 1995 exclusive was known as Nightracer and saw a slightly modified version of the Speed Blaster concept car mould repainted in black and limited to 298 pieces. Supposedly the original intent was for the character to have a blue head and legs, but instead, she kept these parts precisely as they had been seen on the mould’s use as Bumblebee in wave 3. The toy was finished with hand-painted blue stripes and a Decepticon decal on the car mode. This was significantly the first toy ever to be repainted for use as a convention exclusive *and* the first female Transformers character to be released to western audiences. Not too shabby. 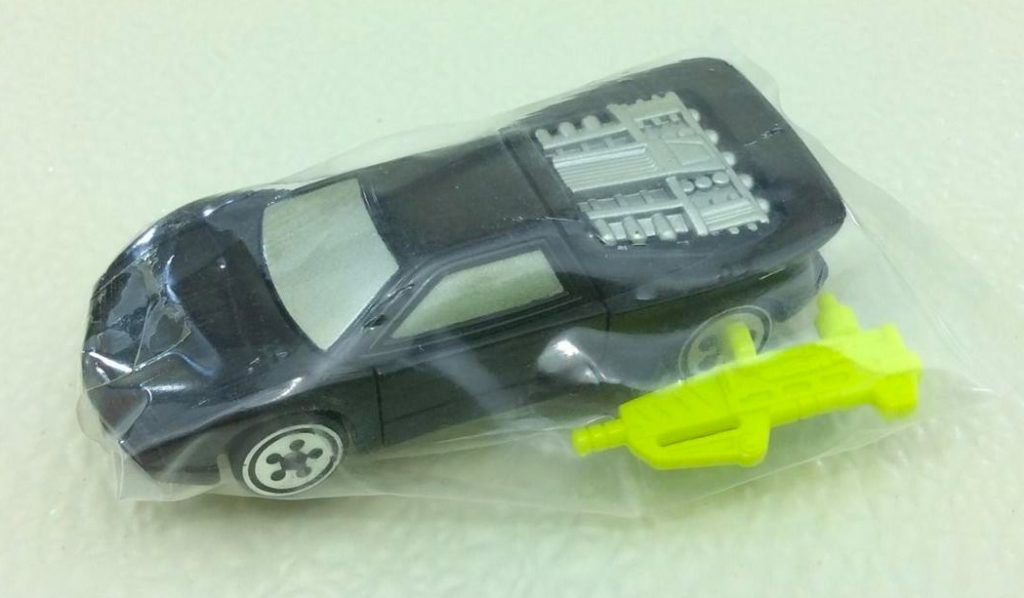 Years later, a new batch of Nightracer toys was made available by WhizBang Toys, although now lacking the hand-painted stripes and Decepticon emblem on the car mode. They currently trade hands for a fraction of the Botcon release, though you can still expect them to go for a pretty penny.

Be sure to stay for part 2, as we’re off to the Car Robots line next!

This entry was posted in Source Articles Tagged with Generation 2, Go-Bots, RID 2001, Spychangers

COUNTDOWN: Counting down every G2 Go-Bots and Spychanger ever made! (Part 1)