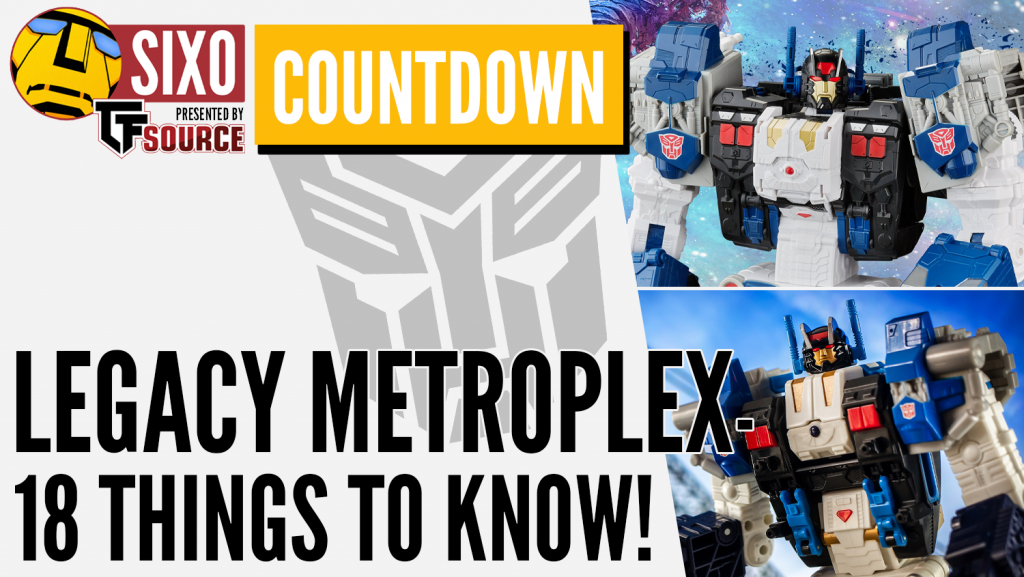 Just when we thought we had recovered from the epic excitement of last week’s Legacy reveals, along comes a new Titan class hunk of awesomeness to gawk at! Oh, they love to spoil us.

This one’s especially thrilling as it sees the first attempt to step outside the well-explored Generation 1 sandbox at the highest retail price point, with Legacy Metroplex delivering a Unicron Trilogy original in updated form.

But just who is Metroplex anyway, and why should we be looking forward to this new figure? Let’s have a look!

#18: Metroplex is originally from the 2005 Cybertron line 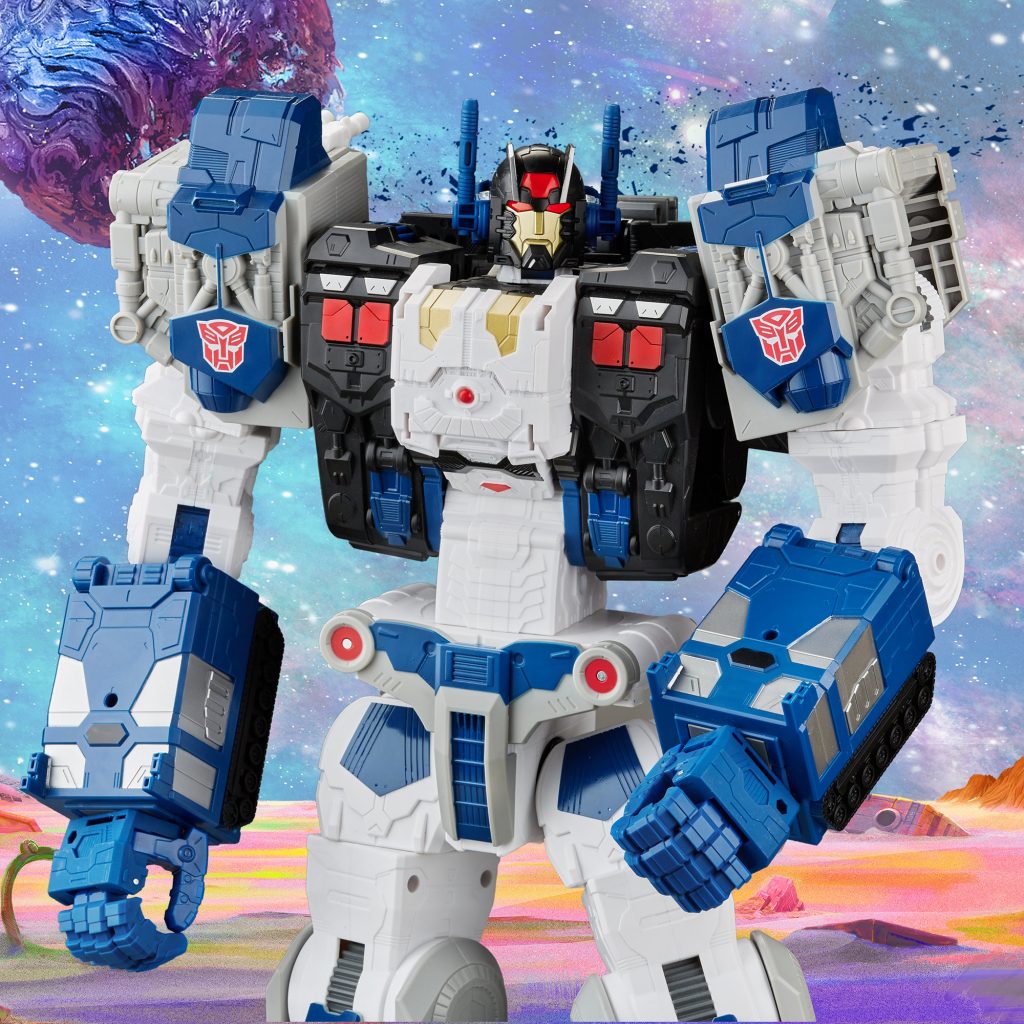 OK, so let’s start with the obvious stuff. Yes, the new Titan is something a little different in that it hails from outside Generation 1 for the first time. Instead, this version of Metroplex comes from the Cybertron line, the third part of the Unicron Trilogy, with the original toy landing in 2005. The Japanese Galaxy Force version was known as Megalo Convoy and was actually the last toy released in that line. 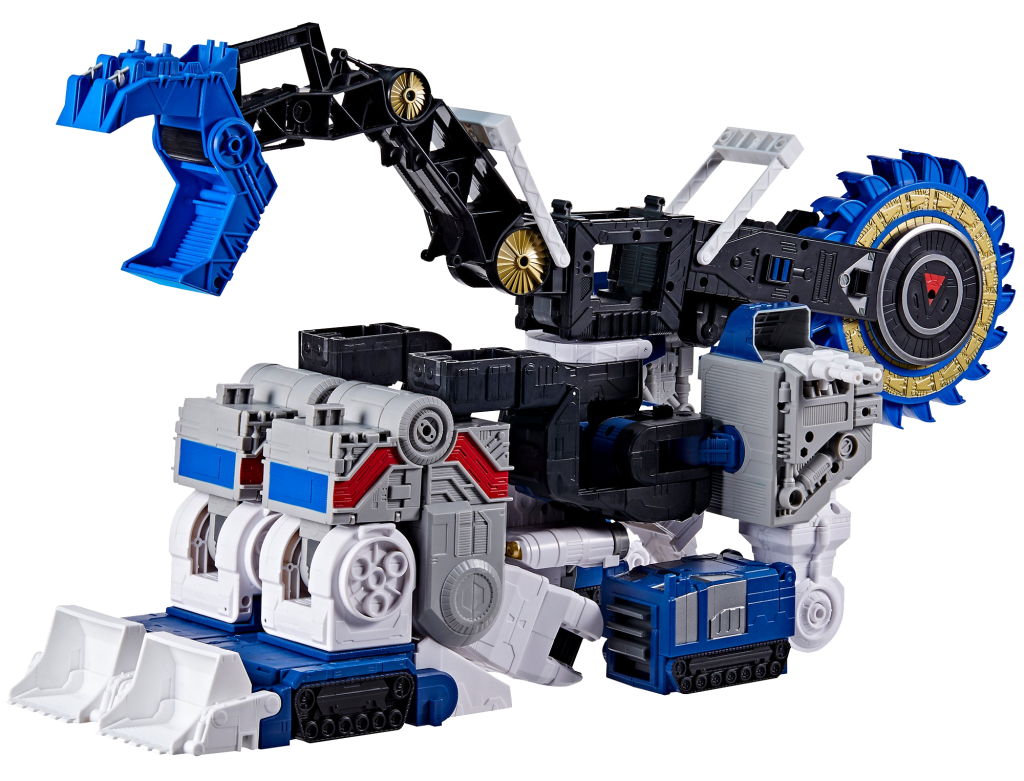 Of course, this is not the first Titan Metroplex we’ve seen, with his 2013 namesake depicting the Generation 1 original instead. Despite being a wholly different interpretation, you will see some visual cues in the new robot mode that tie it firmly back to that first design, although the alternate form is quite unique here!

#17: The Legacy figure is very reminiscent of the original toy 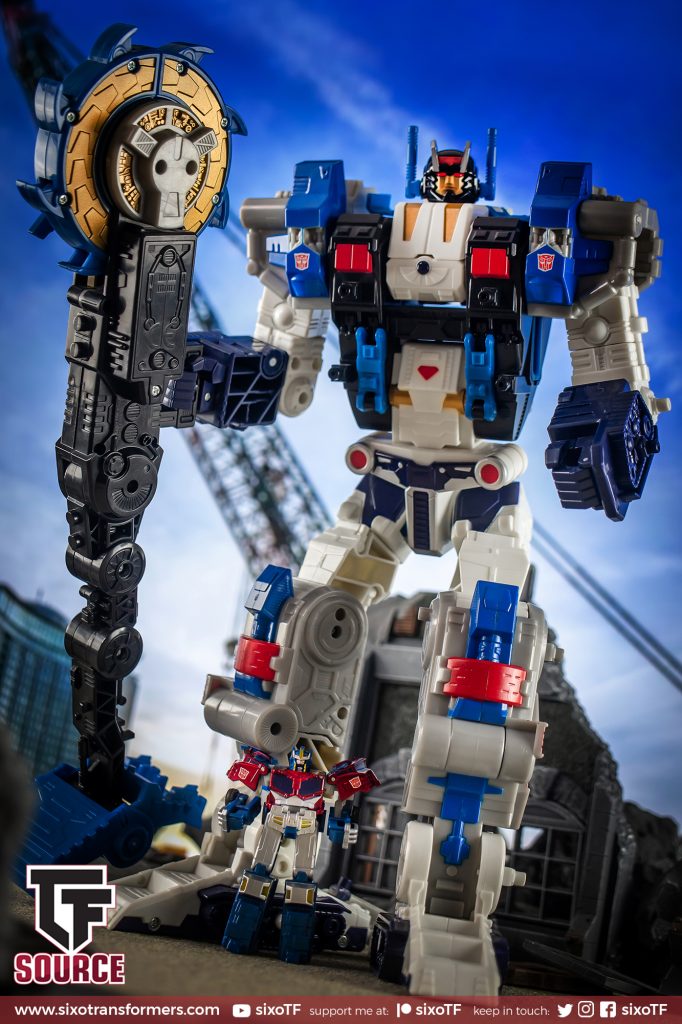 I’ve noticed quite a few people saying how similar to the 2005 toy the new figure looks, and, well, they’re not wrong! It is incredibly reminiscent in many ways, although perhaps not to the point that people suggest when you really start comparing them side-by-side. The new design is not as supremely ‘lanky’, for one thing, and clearly features more articulation overall, even if the general look and colour scheme are all remarkably on point. It’s slavish in many ways, but it’s clearly an update. 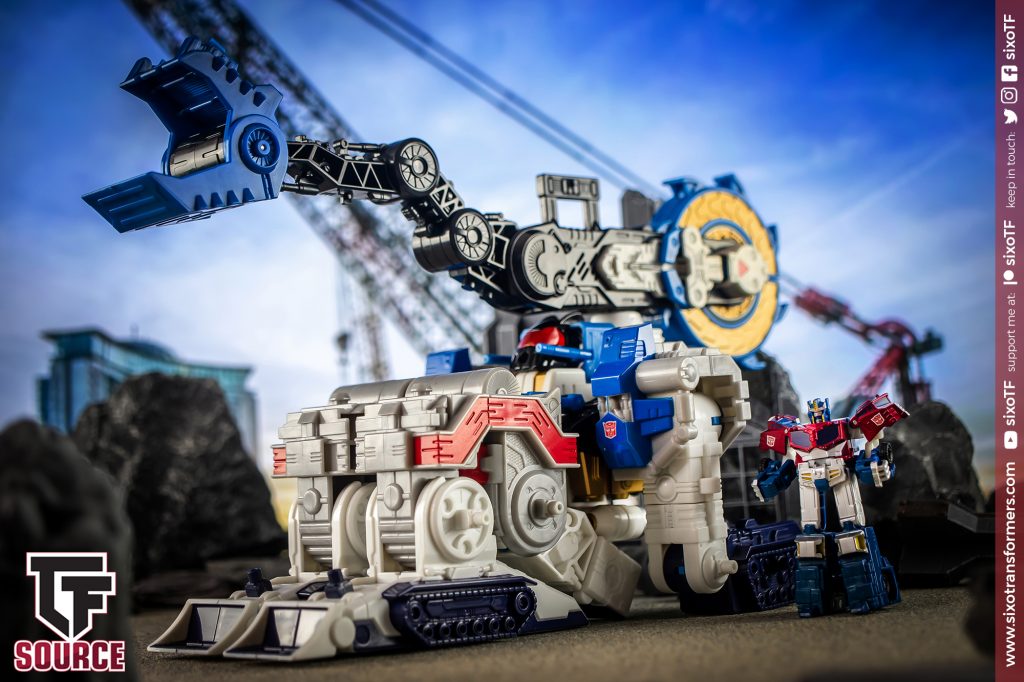 Again, the alternate mode is very close too! Despite a few obvious refinements (particularly how the arms fold away), one could imagine the two being mistaken in photos.

#16: The character is Scottish! 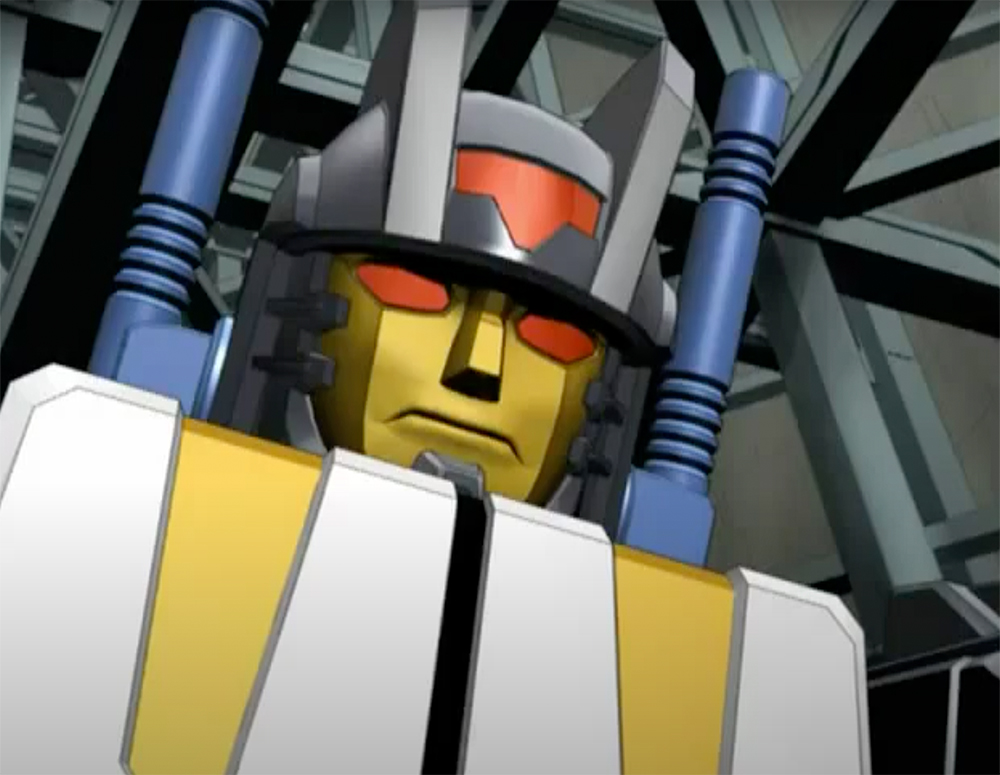 One thing that might surprise fans who have never had the chance to watch the 2005 Transformers: Cybertron cartoon is how the character is portrayed! While most massive Transformers characters are often hulking warriors used primarily for battle, this Metroplex is remarkably intelligent and calming, mainly existing to build new cities. He hails from another Transformer homeworld named Gigantion, where the robots are all as big as he is. Oh, and they also have a particular accent…

Speaking of Cybertron/Legacy Metroplex, I can pretty much guarantee you that if you've never seen the original cartoon, he sounds absolutely NOTHING like you're probably imagining. pic.twitter.com/S7HdQl8cWC

Yes, you heard that right. This Metroplex is Scottish. 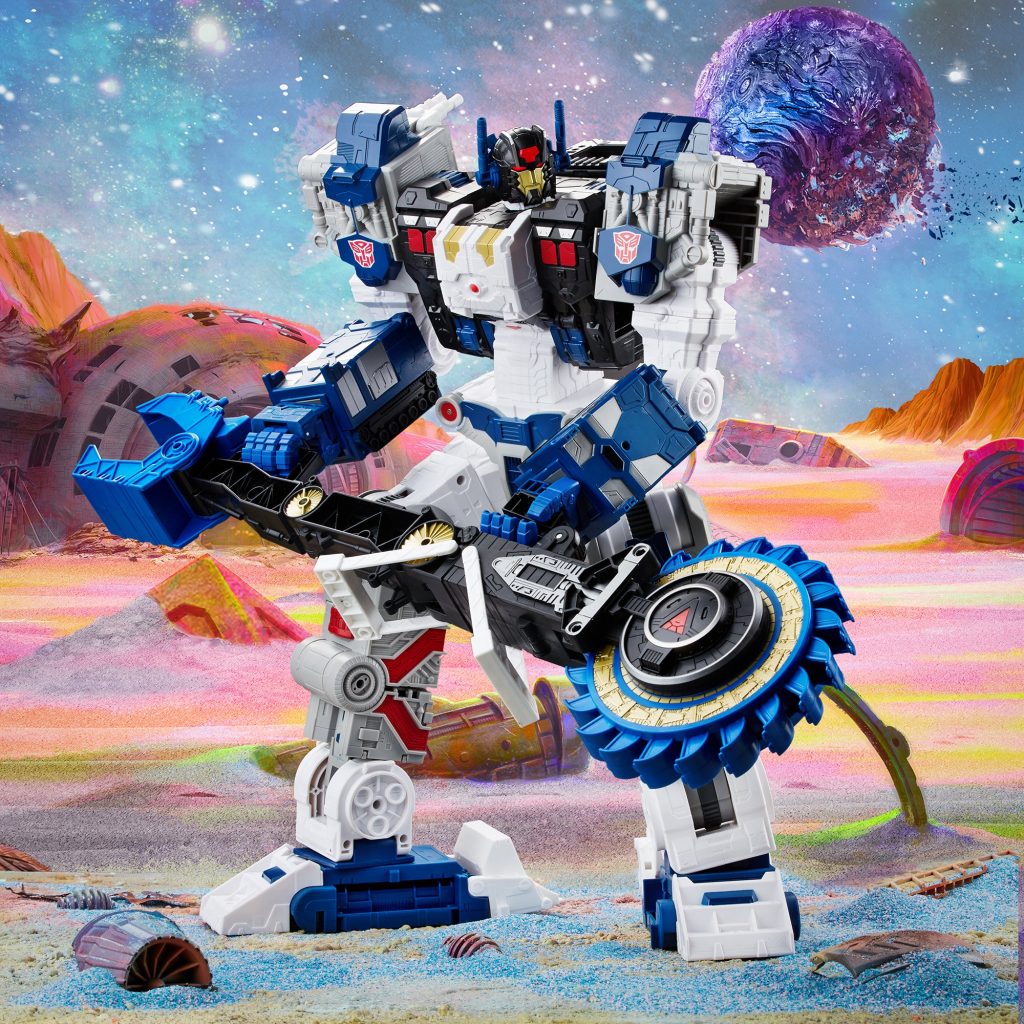 One aspect of the new toy boasted about already is the height, as Metroplex is stepping up to be a whopping 22 inches tall! That puts him firmly in line with Titans Returns Fortress Maximus and a fair step above more recent releases such as Omega Supreme, the Ark or even Scorponok! Best get that shelf space ready. 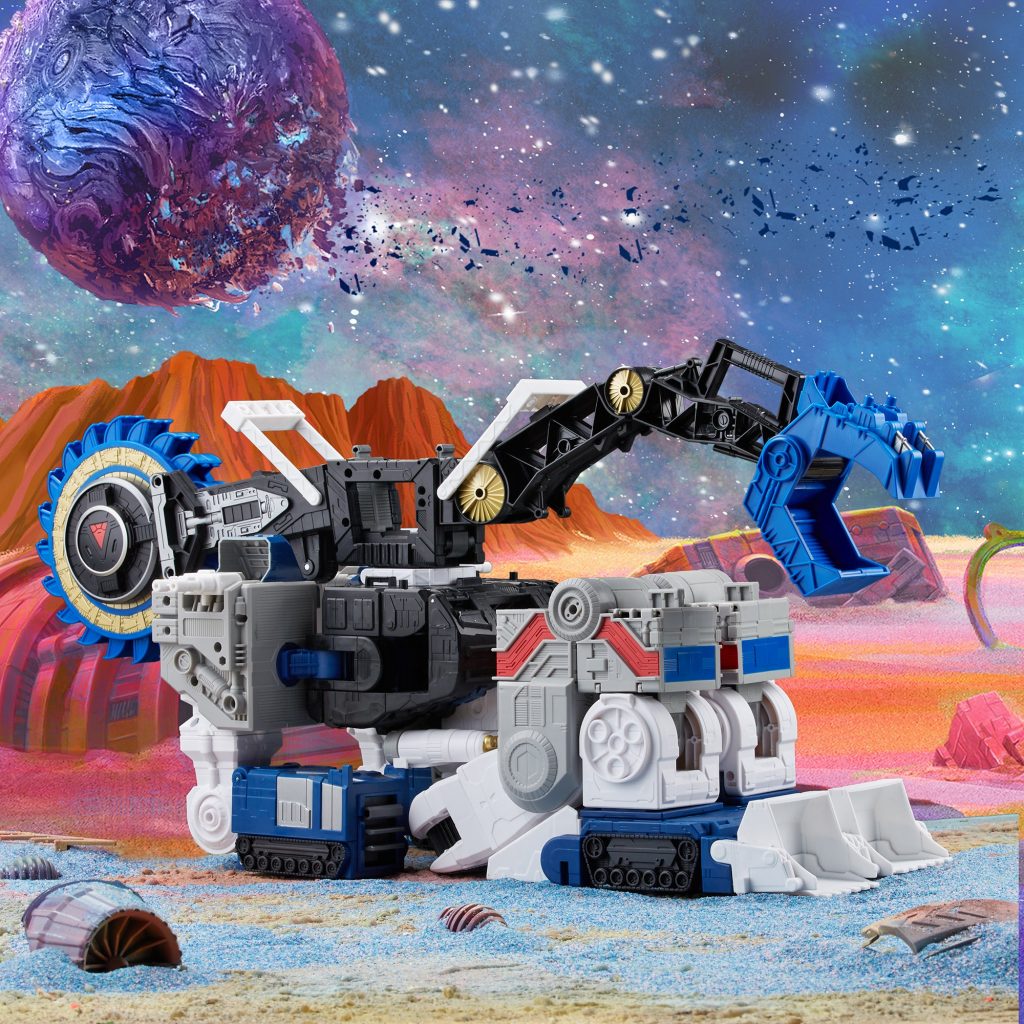 There’s been a *lot* of discourse about the alternate mode already, with some not quite sure what it’s meant to represent, for one thing. Well, Metroplex turns into what’s known as a “bucket-wheel excavator”, a large-scale digging and mining machine of German origin. Naturally, the character has the usual ‘Cybertronian’ spin but believe it or not, these vast contraptions are pretty bizarre in reality, too! 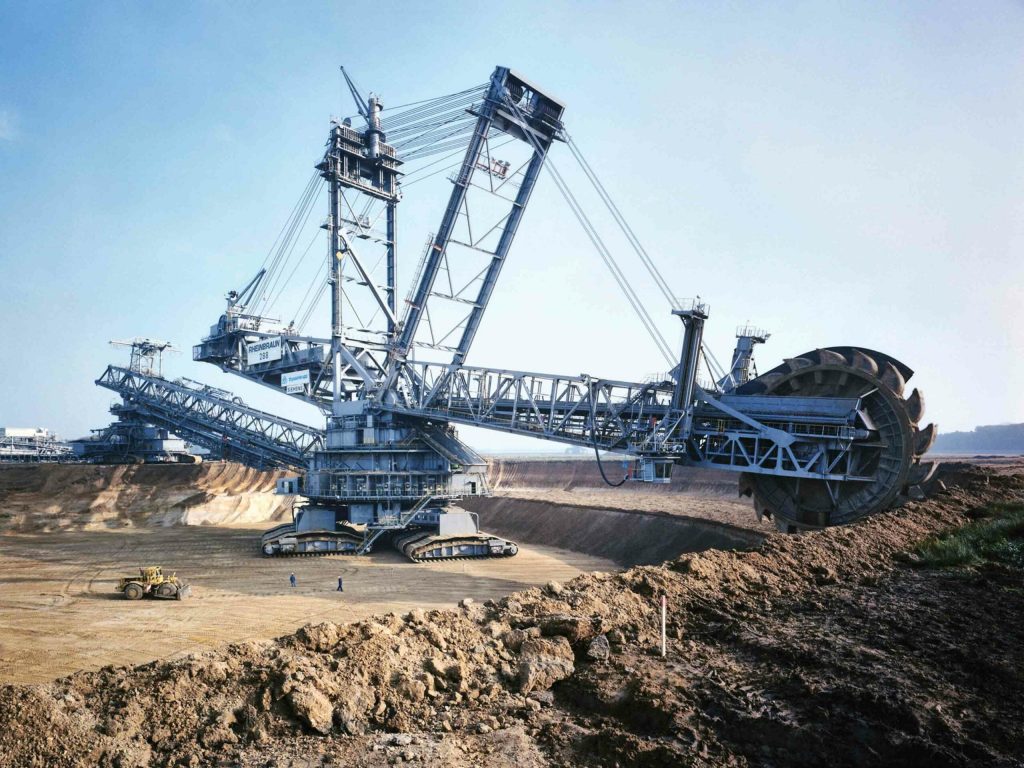 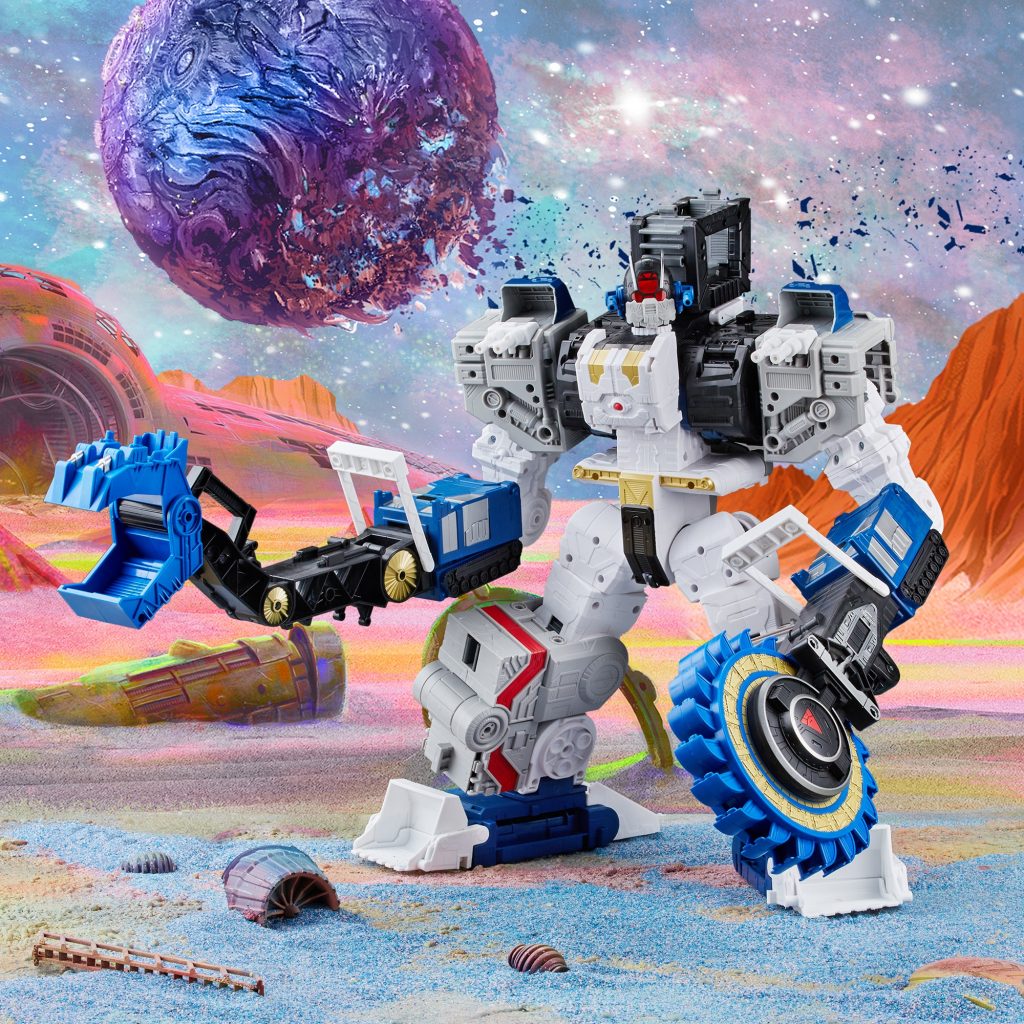 Another aspect of the new design that’s caused confusion is the ‘third mode’, which is kind of an alternate robot form. Yes, it’s a little odd, but it did exist on the original toy and was known as the ‘work mode’. 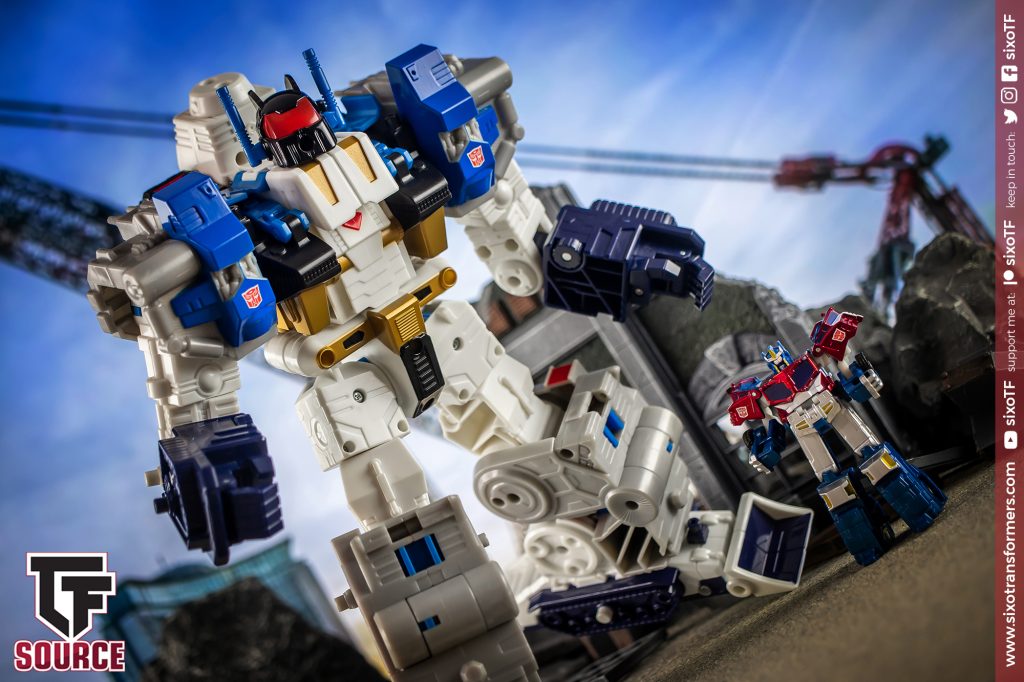 It’s essentially a truncated version of the primary robot mode, with significantly more squat proportions. Such a gimmick also featured on the other Gigantions in the Cybertron toyline.

#12: He comes with a massive buzzsaw accessory 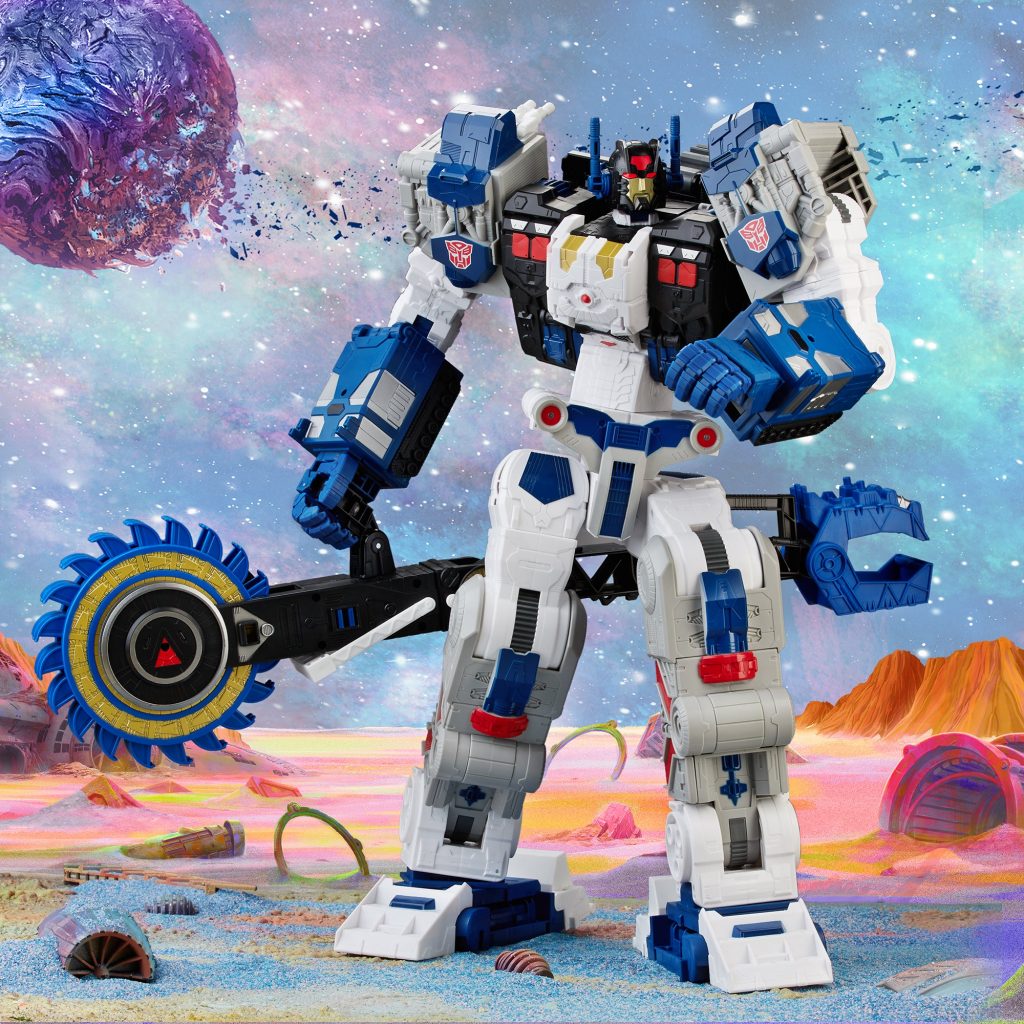 Legacy Metroplex features the character’s signature buzzsaw accessory, which forms a crucial part of his excavator alternate form and has a rotating saw on the one end and a claw on the other. It is known as the ‘Sparkdrinker’ as far as the original toy and cartoon portrayal go, which is about as badass a name for a weapon as I can imagine, especially considering how peaceful the character actually is.

#11: The buzzsaw can separate into two pieces 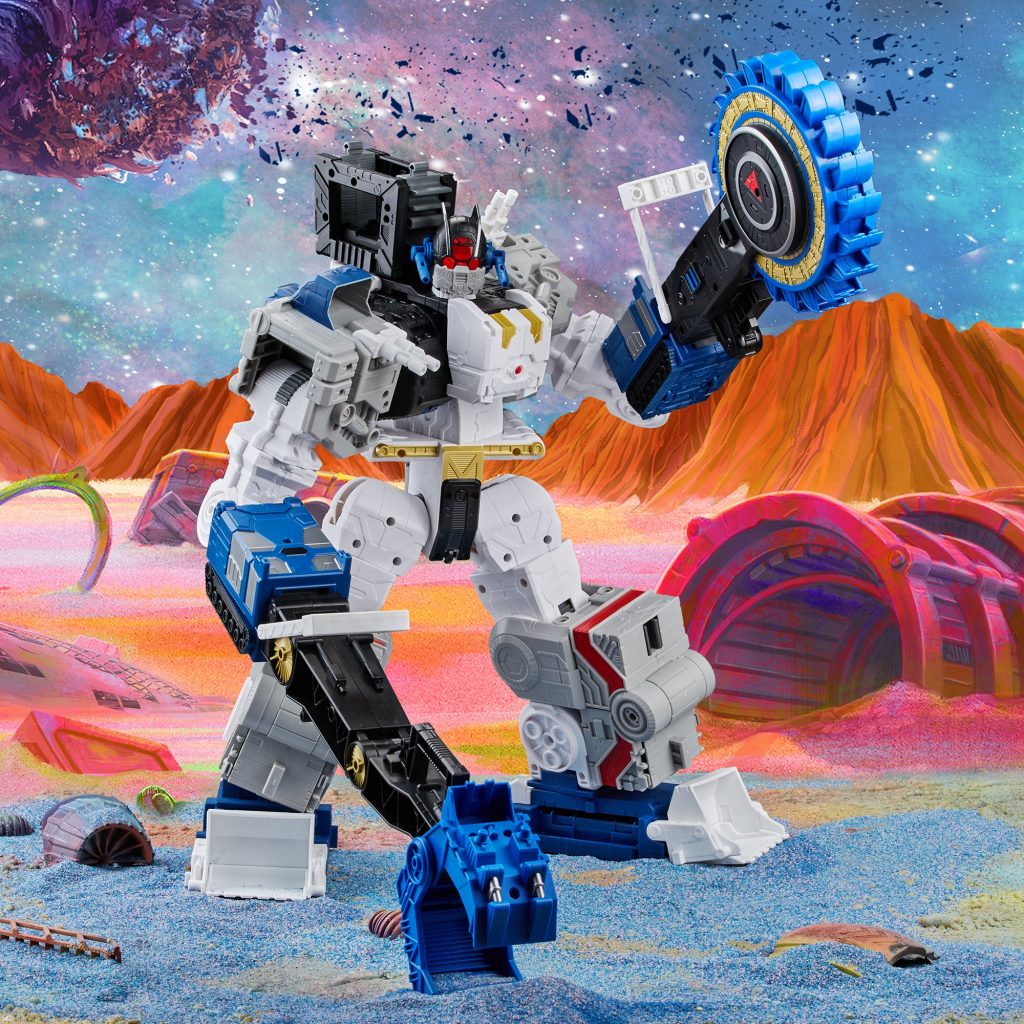 The new weapon differs a bit because the Sparkdrinker can now split into two halves, with the buzzsaw and claw functioning as separate components. They can seemingly also be added as attachments for Metroplex’s arms in his work mode, whereas the original could only be held via the standard handle grip. A neat touch.

#10: The buzzsaw can be worn on his back 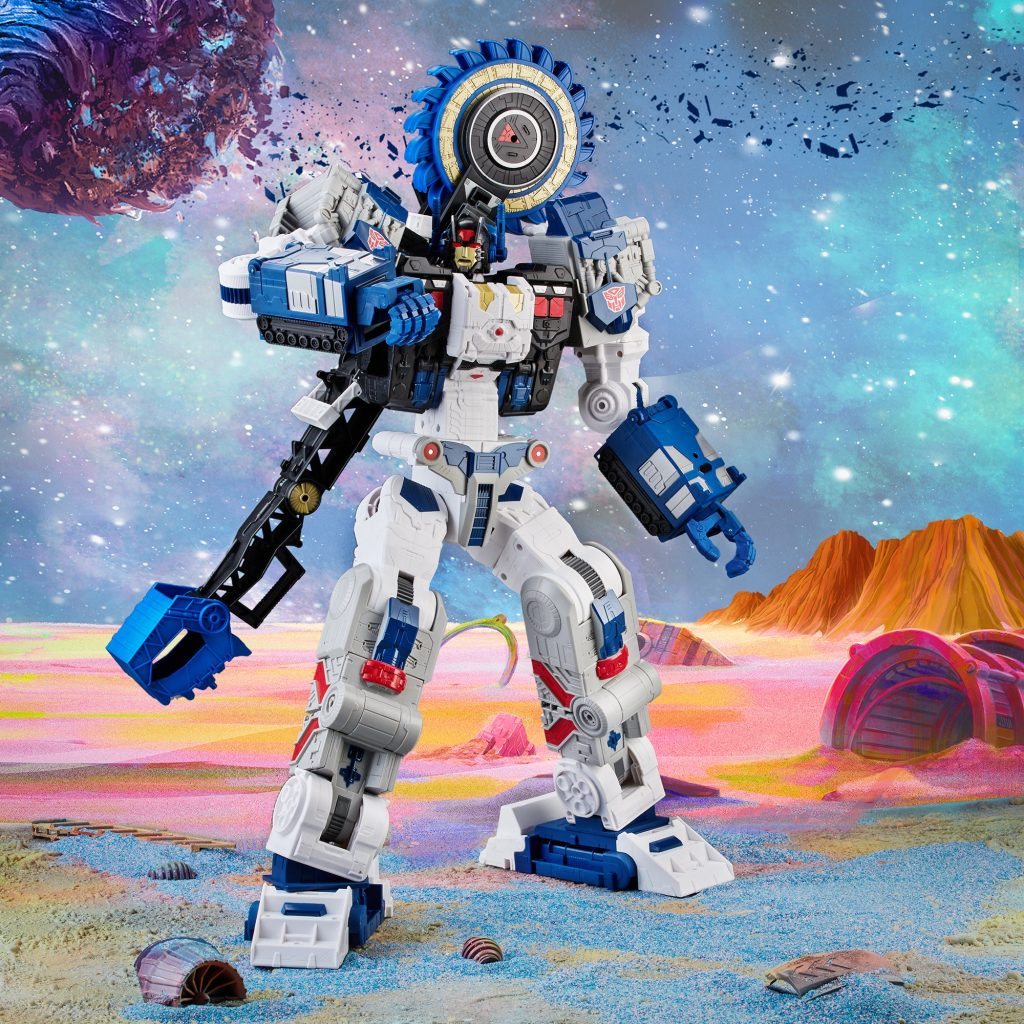 As if all that wasn’t enough, Metroplex can now wear the Sparkdrinker on his back, which is a small but significant thing to note considering how great it looks!

#9: There is no Minicon included here 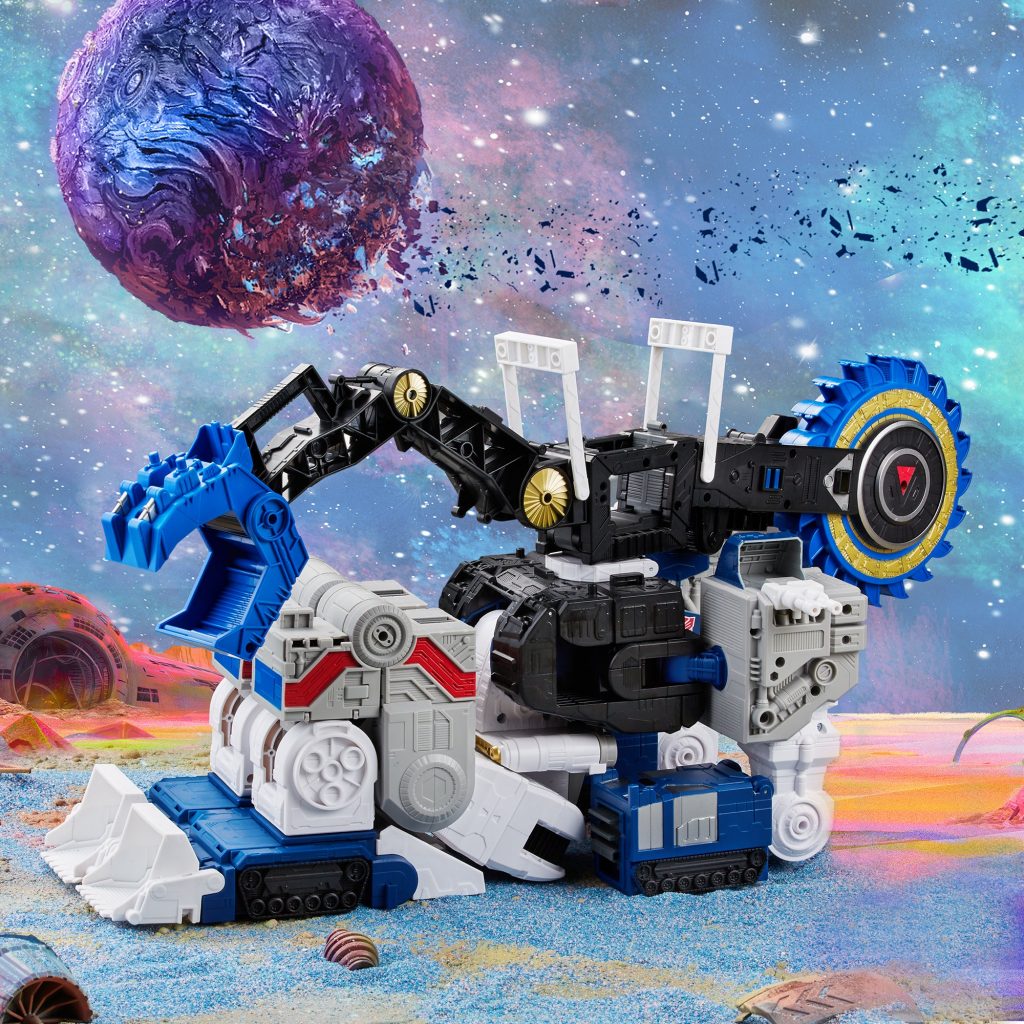 As much as the new toy looks fun, there are some notable missing elements, too, with the most obvious being his classic Minicon partner, Drill Bit. The 2005 toy turns into a small drilling vehicle and could also interact with Metroplex in several ways, including fourteen separate Minicon ports. Additionally, you could clip Drill Bit onto the top of the alternate mode claw, making for an important weapon, or he could be wielded in robot mode like some kind of Targetmaster. However, Drill Bit and the Minicron ports are nowhere to be seen on the new toy.

A lot of people have been asking why they didn't include the minicon, me included

But looking at the design, I bet the minicon was planned and then cut quite late in Dev. Look at that box in the middle of the vehicle and on the worker mode's back. Looks like a cockpit to me pic.twitter.com/uBq0BOXa7g

What is strange is it seems some functionality for a Minicon was perhaps considered in the design of the new figure, as the presence of that cab section on top of both the excavator and work modes suggests.

NB – the Galaxy Force version of the 2005 figure also features a miniature Convoy toy, which could have also been fun to see here! I’m not surprised this wasn’t done, though. 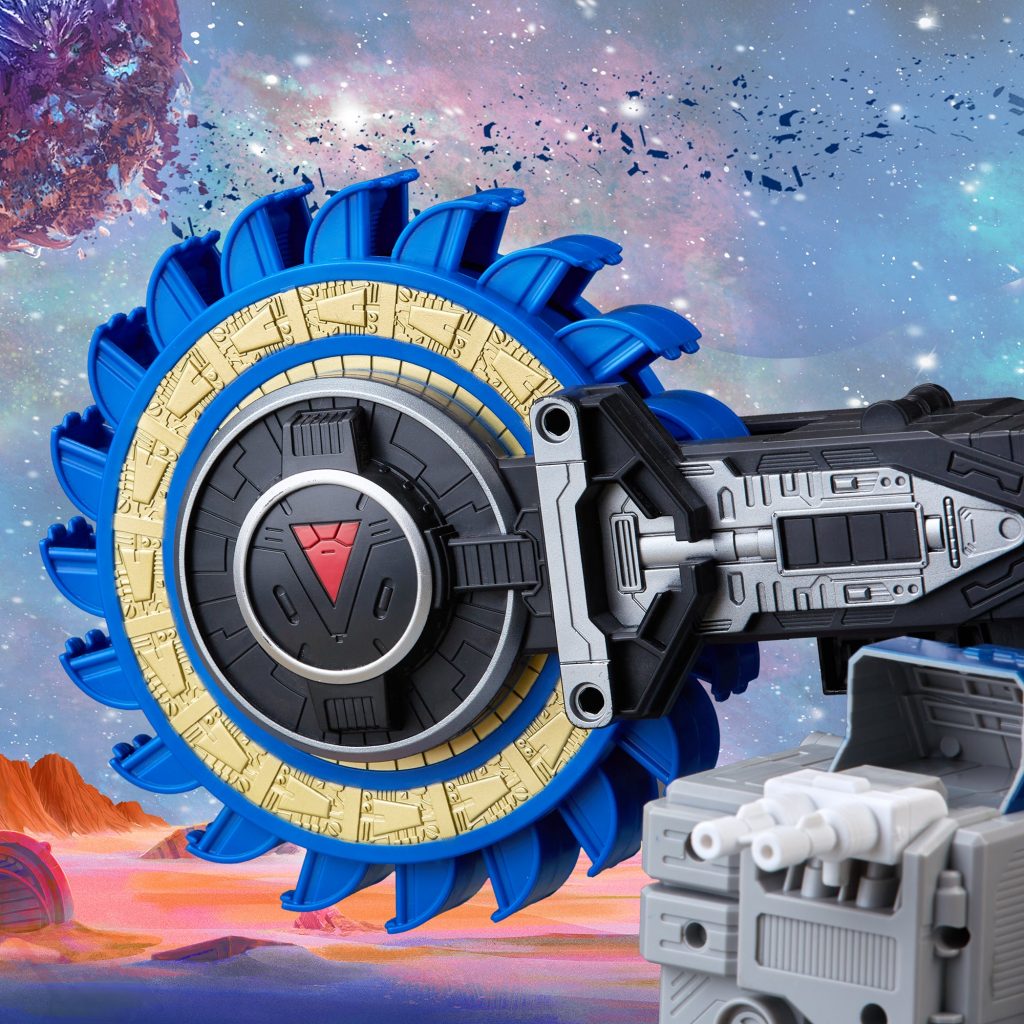 The other part of the original toy’s play pattern that seems absent on the new Titan is the Cyber Planet Key. This accessory came packaged with all Cybertron toys and activated hidden features. In Metroplex’s case, you could slot the key into the Sparkdrinker, which would automatically split open the buzzsaw to form two halves of an axe, also setting off a noise gimmick and a light-up feature in the process! It’s a memorable part of that toy’s design, although it appears to have been skipped over here.

#7: He features a ‘flip-down welding mask’ 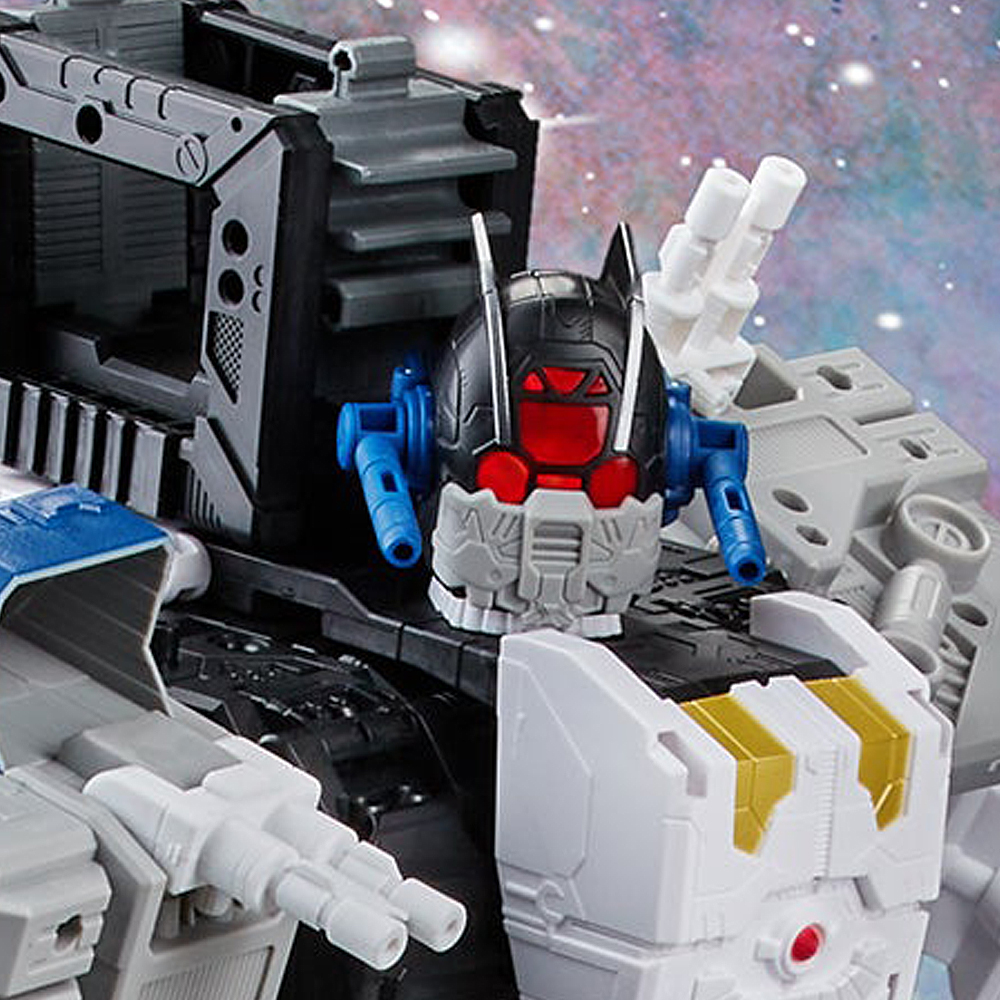 However, there are new gimmicks, with the work mode now featuring a flip-down welding mask (as per the toy’s official description). As with the 2005 toy, it appears as though you simply turn the head around for this mode, so this extra addition helps to distinguish it a bit. There are clearly some additional pop-out cannons on the shoulders to be seen here, too, which didn’t feature in the classic design.

#6: There seems to be some epic light piping too 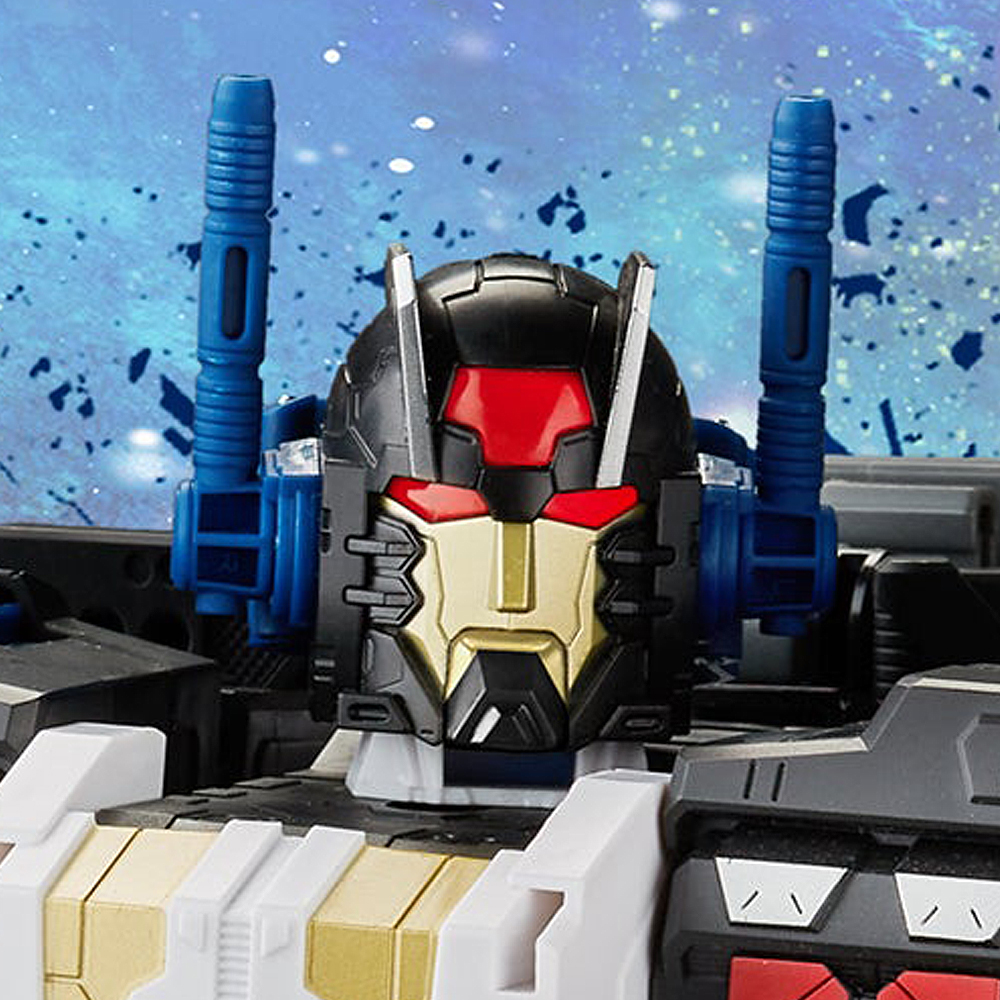 It’s also worth noting how lush the light piping appears on the Legacy figure, with those gorgeous big red eyes sure to be a real treat to observe up close. I have to say I am also very much enjoying the design of the new head overall; it looks fantastic!

This is something I hadn’t even noticed until I saw the tweet above, but it does appear as though one of the promotional pictures confirms a moving mouth gimmick, with the jaw being articulated for a spot of extra poseability.

#4: There’s not a lot of repaint potential…

The big question then… will the Legacy Metroplex toy be rereleased in chromed gold?

(This was a Takara Megalo Convoy lucky draw from the mid-2000s, limited to just 15 pieces! Pic c/o @transformertoys because they have all the nice stuff!) pic.twitter.com/MUvh6qdo4u

One thing that isn’t immediately obvious is the potential for further repaints of the Legacy design, with the 2005 toy only ever having been re-released in gold chrome as a Lucky Draw contest prize. That version was limited to just 15 pieces worldwide, so it’s extremely rare now! Chances of seeing an all-gold Legacy re-release? I wouldn’t count on it!

#3: People are nervous about the white plastic 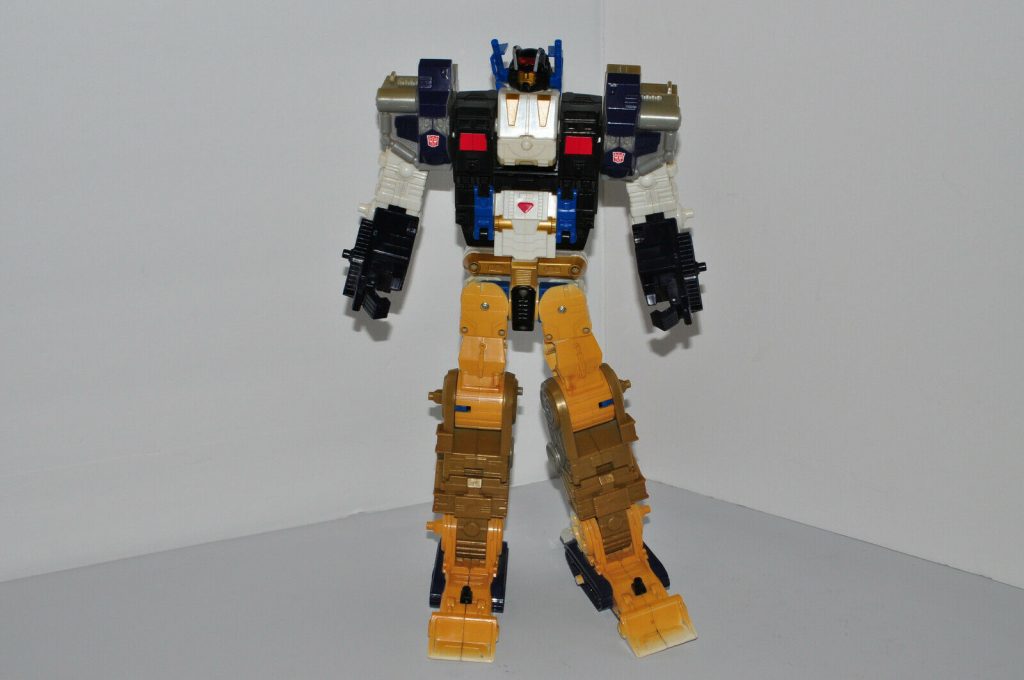 Speaking of the colour, there has already been a fair bit of chatter about the considerable amount of white plastic on the upcoming Legacy toy, especially given the numerous examples of discolouration we’ve seen on other newly-released toys of late. The original figure certainly wasn’t immune to this either (as evidenced by the frankly hilarious eBay auction shown above!), but the idea of a new Titan figure yellowing right out of the box is frankly a turn off by anyone’s estimation.

The nervousness is understandable, so here’s hoping that Hasbro is doing everything they can to ensure this won’t be a problem (nor with their Haslab Victory Saber figure!). 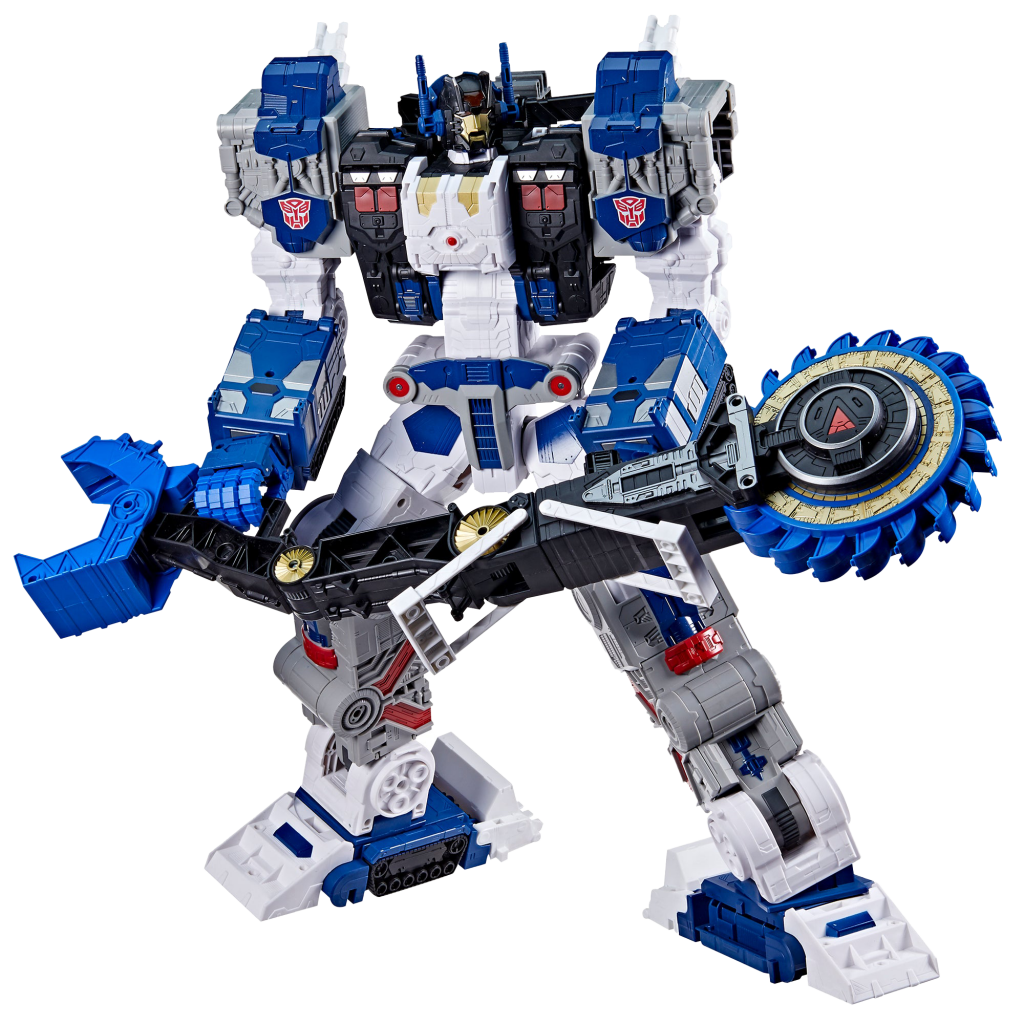 Another aspect of the new release that has caused some attention already is the cost, with a retail of $200. That’s a bump on the $180 for Titan Scorponok as one example, although again, Metroplex is noticeably taller too. Even then, it’s an entry price that will undoubtedly be enough to halt a lot of collectors, especially if they weren’t all that sold on this version of the character, to begin with.

#1: …but there’s every reason to be excited! 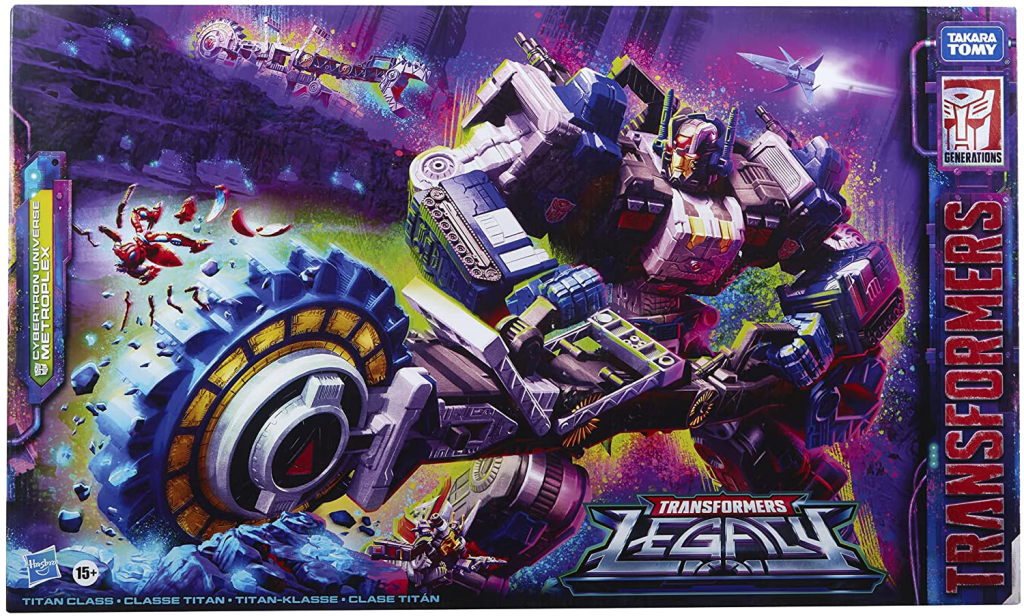 Still, despite the cost and a few missing gimmicks, there’s still a lot to be looking forward to in this package, and perhaps especially because it’s the biggest sign yet of Transformers harkening back to the Unicron Trilogy for inspiration! Metroplex himself looks fab, but imagine him being flanked by any number of other Armada, Energon and Cybertron designs, eh? It also means that we finally feel one step closer to this becoming a reality at long last…

So, that’s our list! Are you excited about Legacy Metroplex?