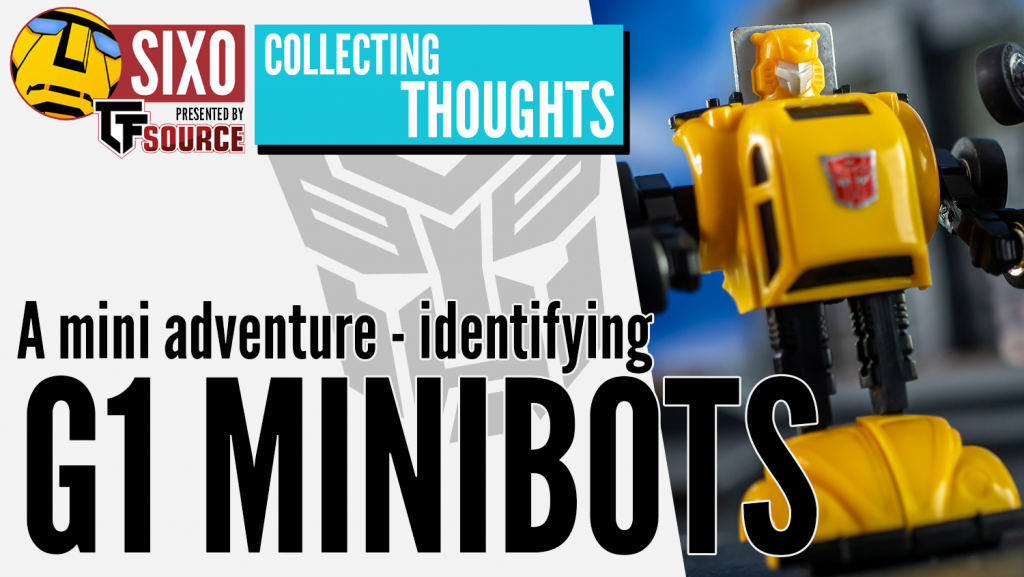 I’ve been writing articles like this for a good while now, and one thing I’ve come to rely on is that inspiration for topics will always spring up when the time is right if you just give it a chance.

Not that there’s ever any shortage of subject matter to discuss in the world of Transformers toy collecting, mind, but if ever I were a bit stuck, I’d only need to turn to social media for a few ideas anyway. After all, various discussions crop up repeatedly, prompting questions even decades after the fact. So it is with today’s talking point, as those pesky G1 Minibots have been causing confusion again. 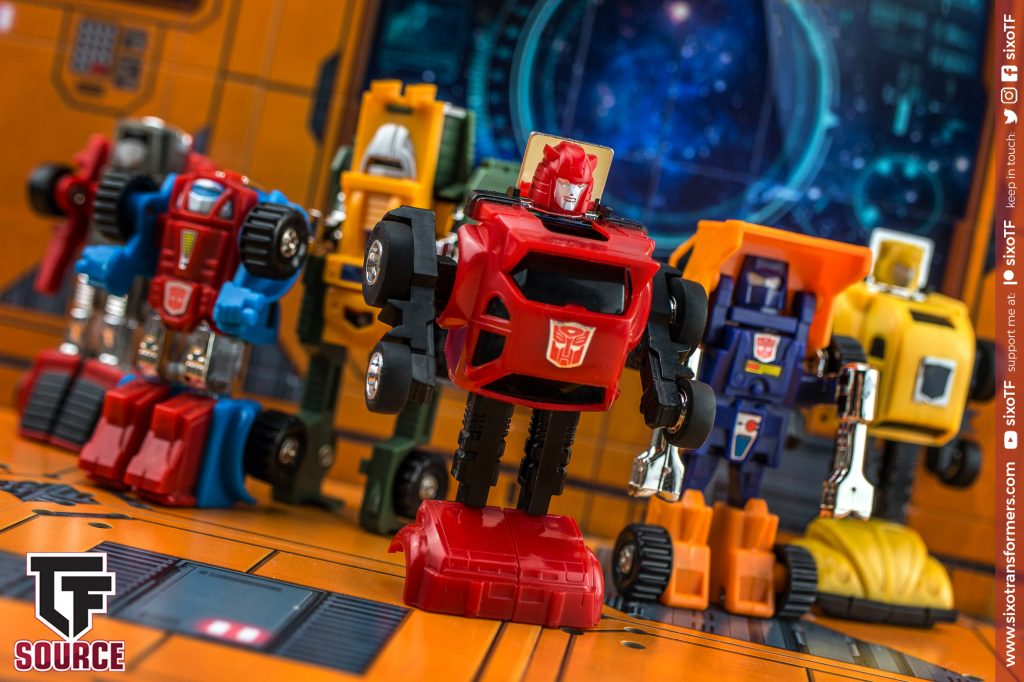 For such tiny wee lads, they sure do create a lot of debate, I’ll give them that! Yet it’s not any of the usual subjects today, such as their weird chibi proportions or whether or not Brawn and Huffer really did return from the dead. No, this time, it’s all about identifying the little buggers, something that continues to perplex even the more hardened Transformers fans to this day. 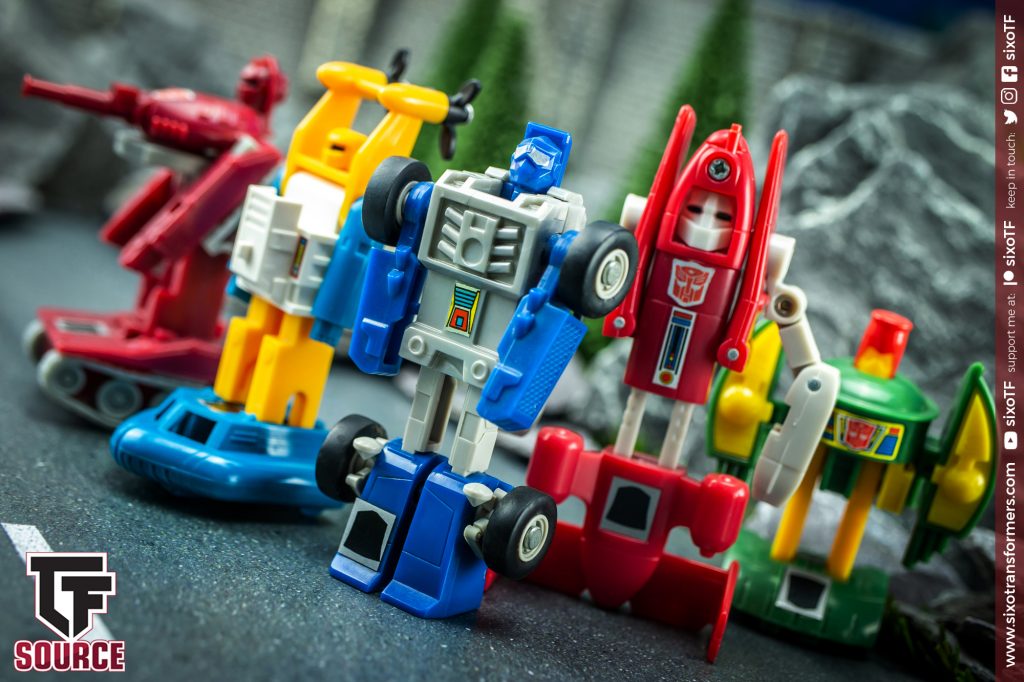 Oh sure, the 1985 crew is easy enough to name (Beachcomber is the blue one, Warpath is the loud, shouty one with the gun chest, Cosmos is the space dude, and the other two have girlfriends). And yes, you might say roughly four-sixths of the original line-up might seem fairly distinct, too (even if three of them turn into something vaguely resembling a truck, as far as my childhood eyes were concerned).

No, today we’re far more concerned with the puzzle of Bumblebee and Cliffjumper, and indeed any other variations of that base design that exist. How many versions are there? And just what are the differences anyway? Let’s dive in and have a look! 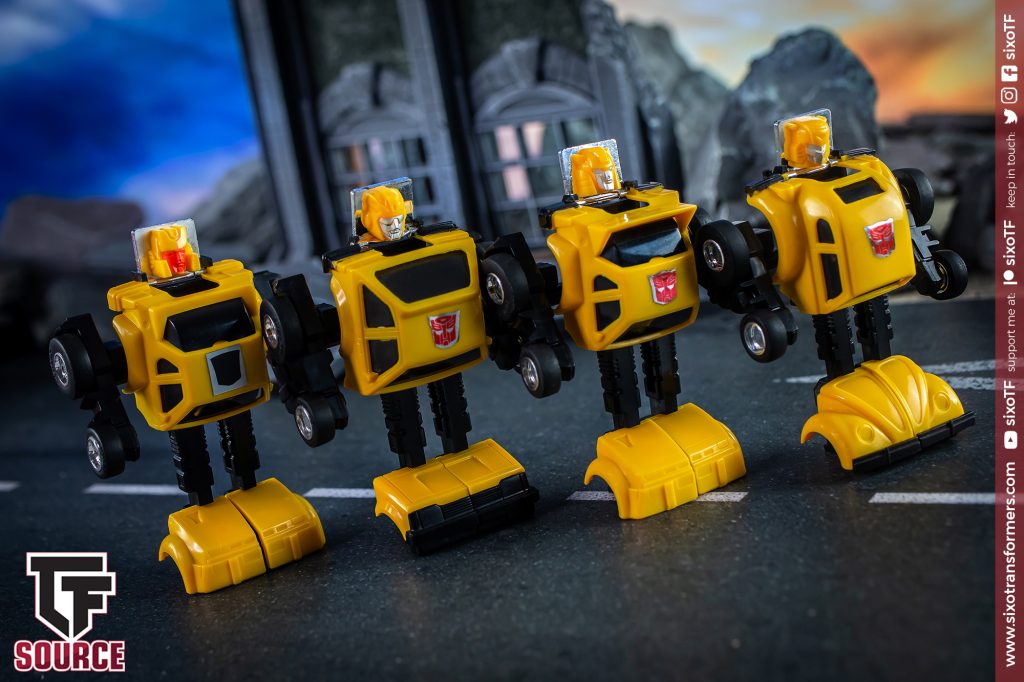 So, first things first, there are four distinct toys, all of which are often confused with one another, especially given how many colour variations exist. It’s important to note that although there are some commonalities between them in terms of design, they are not all from the same mould (well, with a tiny exception, but we’ll get to that), with even elements such as the arms being unique in each case!

Three of these toys hail from Takara’s pre-Transformers Micro Change line. The idea was to present car modes in the style of Takara’s own Choro-Q line of super-deformed vehicles (known as Penny Racers in western markets), hence the squished proportions on each of them. The fact they were then licensed for use in Transformers and placed alongside the regularly-proportioned vehicles found in the Diaclone line is strange, but it’s made this core design one of the more endearing in its way. 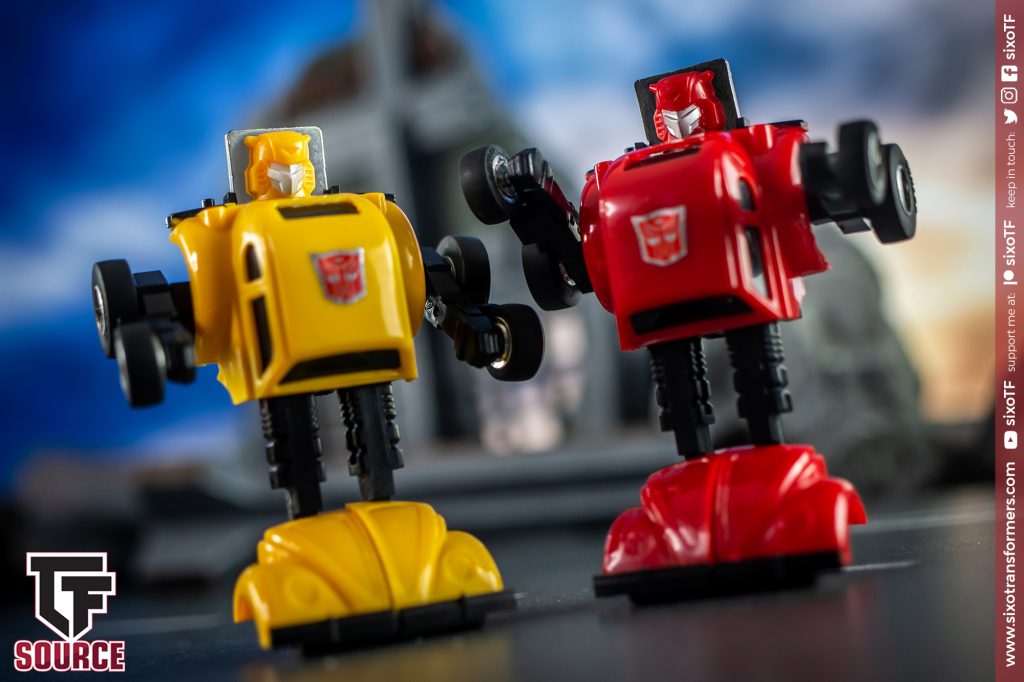 First, and most famously, we have Bumblebee from 1984. This little lad started out as 03 Volkswagen Beetle in Micro Change, where he was released in yellow, red and blue. Transformers used the first two of those colour schemes to expand the range a touch, although of course, the character being represented as yellow in fiction has made that the ‘default’ appearance ever since. There are many variants of the main colour schemes out there too, with the most notable examples being the pre-rubsign releases from 1984 (shown above) and the subsequent editions with the rubsigns decals in place on the chest. 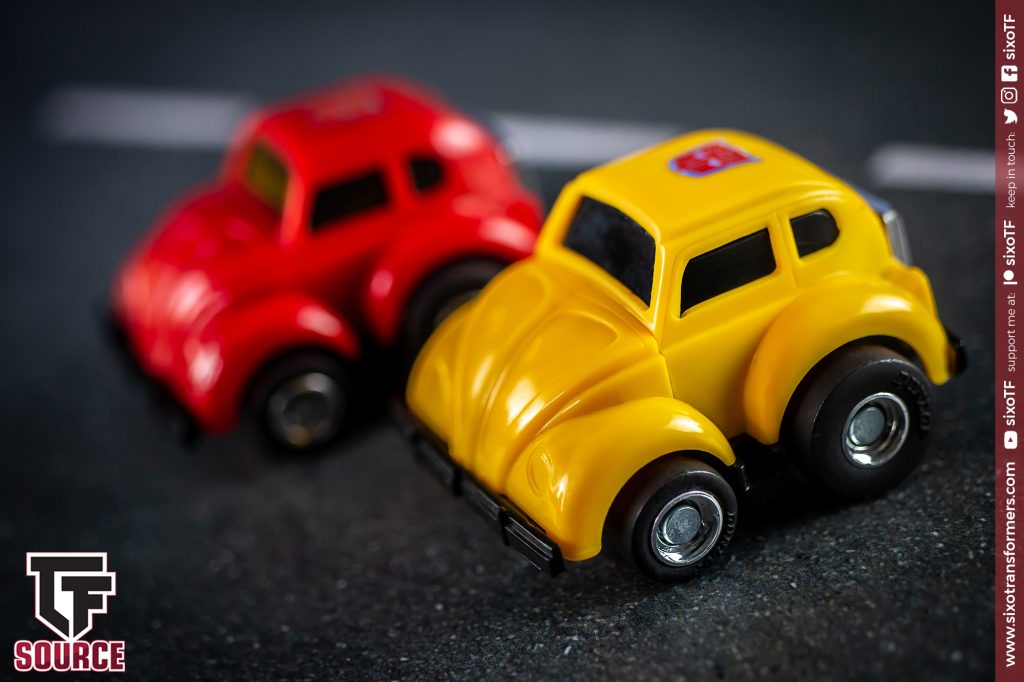 Since its initial release, the mould has been seen in many more colours, including but not limited to orange and silver (made under licence by Estrela), chromed gold (Generation 2), blue (Botcon 2002), white (Go-Bots multipack) and black (2003 keychain variant). 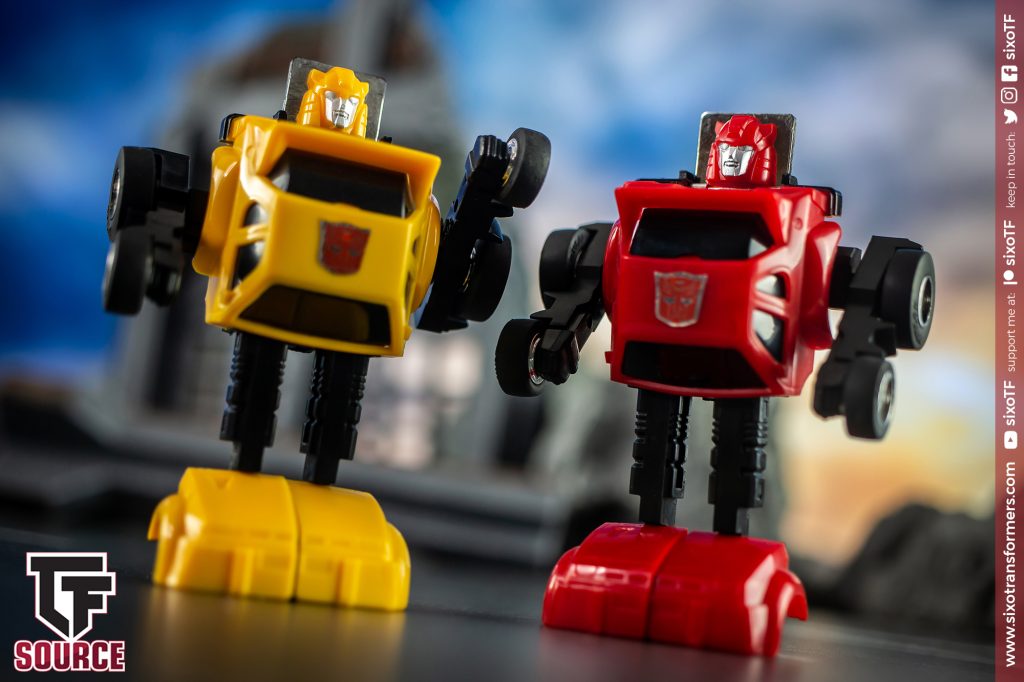 Next, we have Cliffjumper, who was known as 01 Porsche Turbo 924 in Micro Change, where again he was released in yellow, red and blue. Like Bumblebee, Cliffjumper was licensed to Transformers and produced in the first two colour schemes, although again, the cartoon and other fiction clearly established red as the ‘default’ in this case. Once again, there were pre-rub and rubsign versions (and more variants besides), but the crucial thing to know is that this is a separate mould from Bumblebee, with only parts such as the black leg pieces being shared in common. 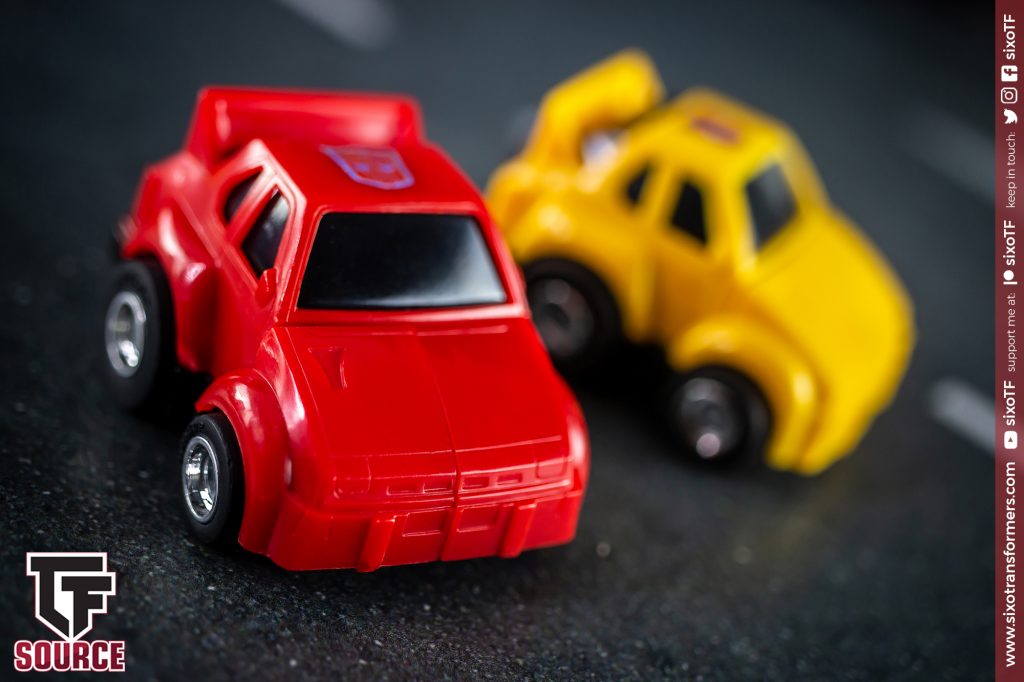 This design has also been seen in many more colours under the Transformers banner in the years since, including but not limited to green, white, blue, gold, silver, peach (made under licence by IGA, Estrela, Antex & Lynsa collectively), darker green (Botcon 2002) and black (2003 keychain variant). 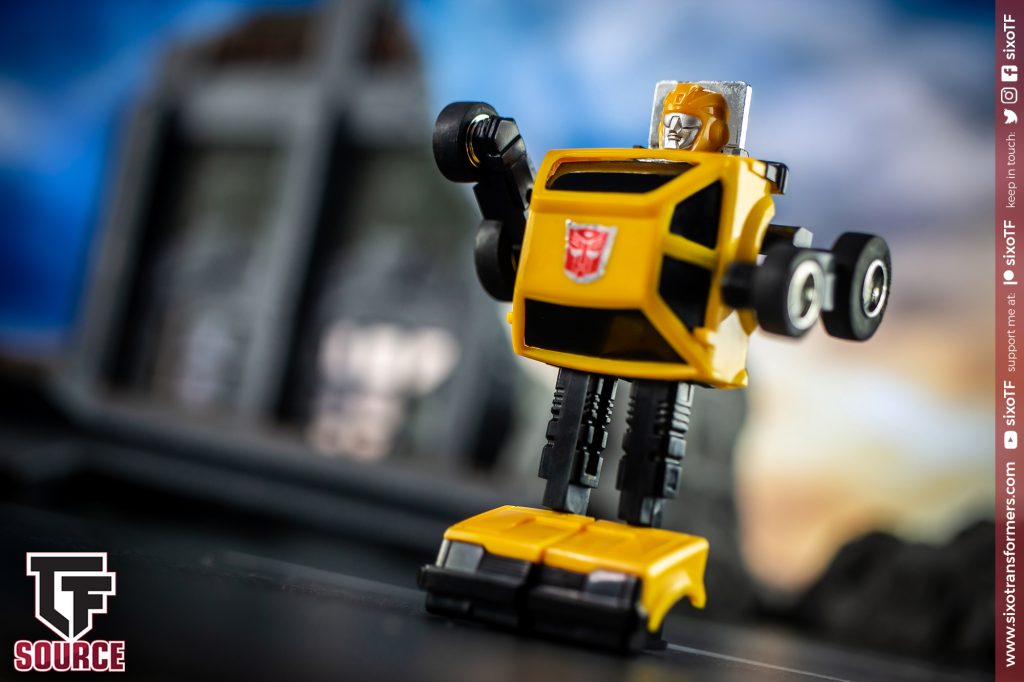 Now here’s where things take a twist, with the toy that would eventually be known as Bumper. Often mistaken as simply being a release of the yellow Cliffjumper, Bumper is another entirely separate mould (again, apart from the black legs), although it was never ‘officially’ released in Transformers as such. He was known as 02 Familia 1500 XG in Micro Change (again, released in yellow, red and blue) and was bizarrely found at retail on Cliffjumper cards in 1984 (hence the confusion). 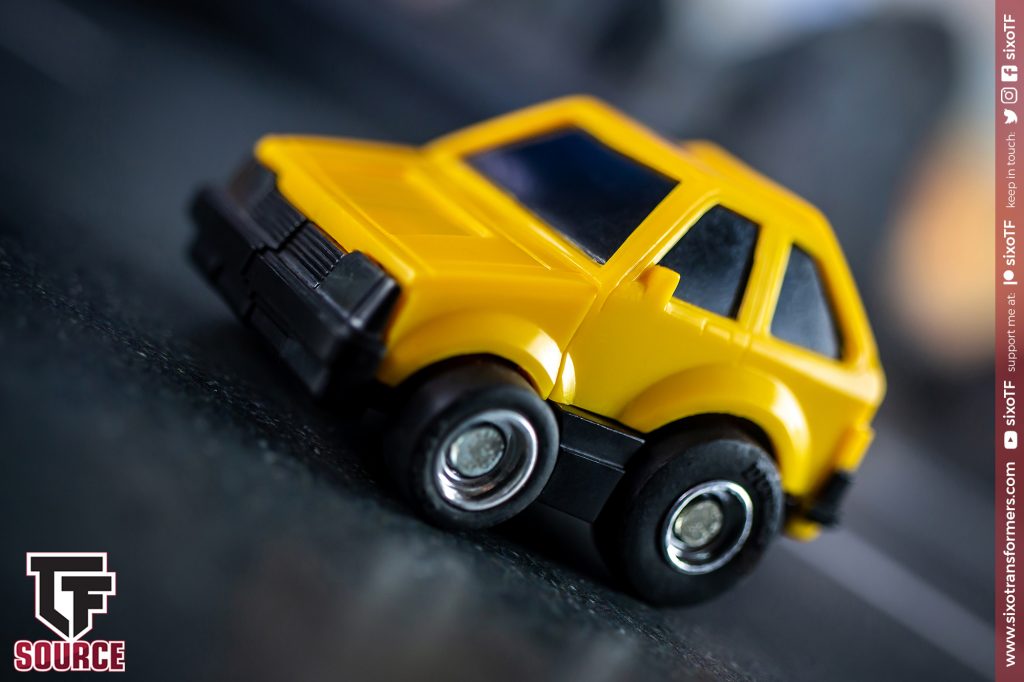 No firm details about how this happened have ever come to light, although there’s some anecdotal evidence that Hasbro may have initially planned for this to be a separate release. Without a name of his own, the toy became known in fan circles as ‘Bumplejumper’ (a portmanteau of the two canonical names), although this was later shortened and made official as Bumper in a 2004 comic. Despite being only found in yellow under Hasbro, there are other variants of this toy out there, including blue, white and green, all manufactured under licence by Estrela. 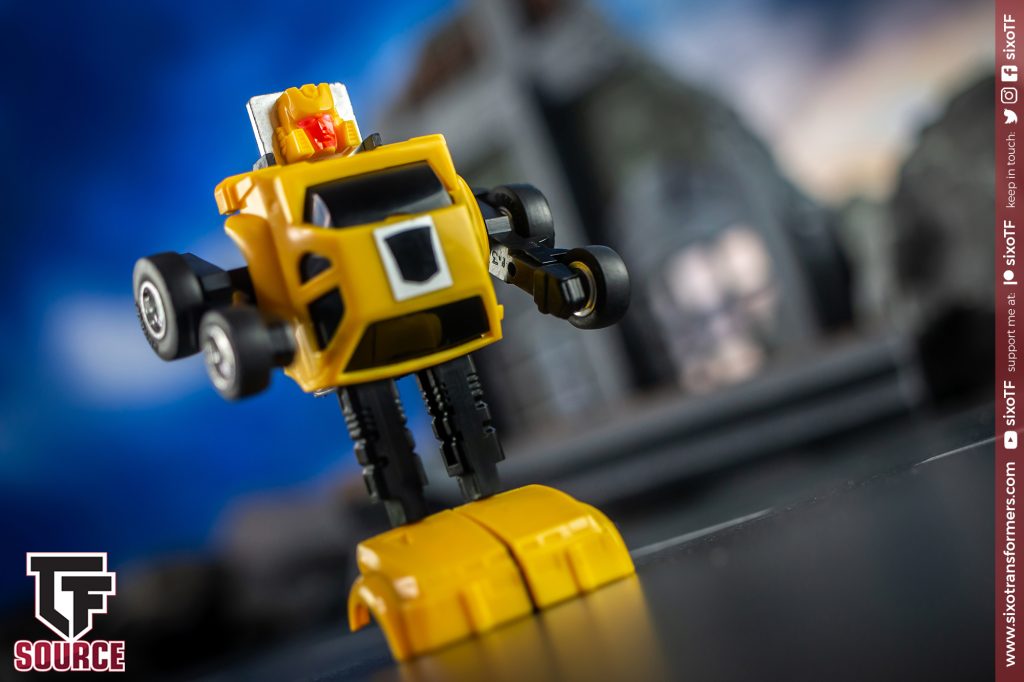 This brings us to the fourth and final member of the crew, the 1986 Minibot known as Hubcap. This guy is the slight oddity in that he’s a partial retool of Cliffjumper, re-using most of the design but with a new head and no spoiler on the Porsche alternate mode. He’s also unusual as he originated in Transformers, although his lack of a Micro Change origin hasn’t stopped him from being confused with the yellow Cliffjumper on many occasions. Or with Bumper. Or Bumblebee, for that matter. 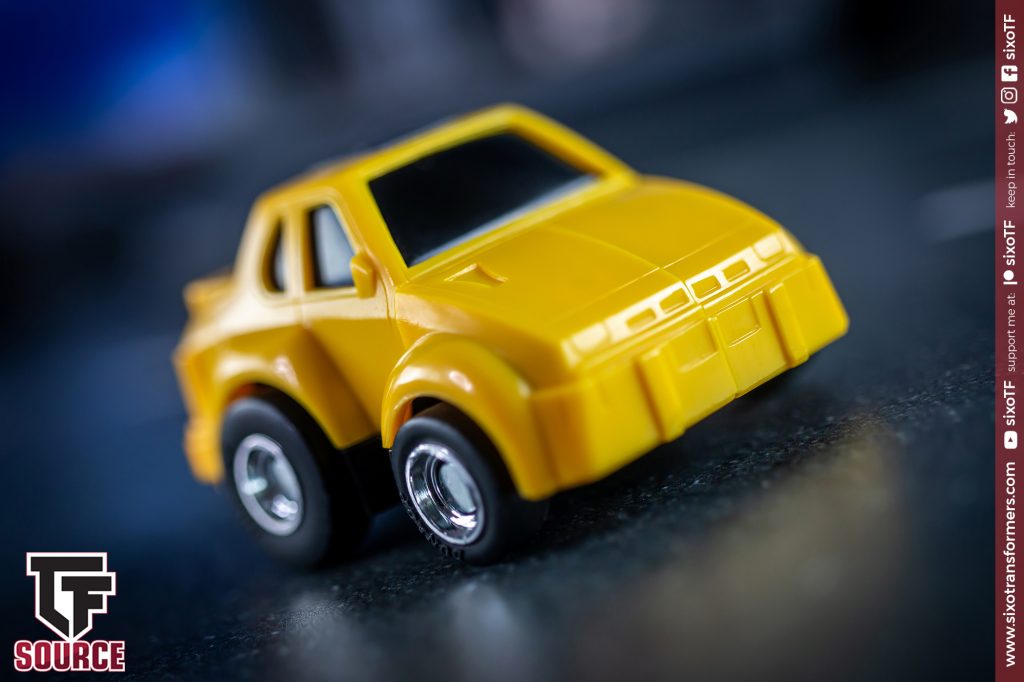 As he hails from 1986, there was only ever a rubsign release for Hubcap in one colour. However, prototype images from a Toy Fair catalogue at the time show he was initially conceived as being white. Why this change was made before release is unknown, but there was then a white variant produced under licence by IGA, along with a flat silver version too. The mould would later be re-released in chromed red under the Generation 2 banner. 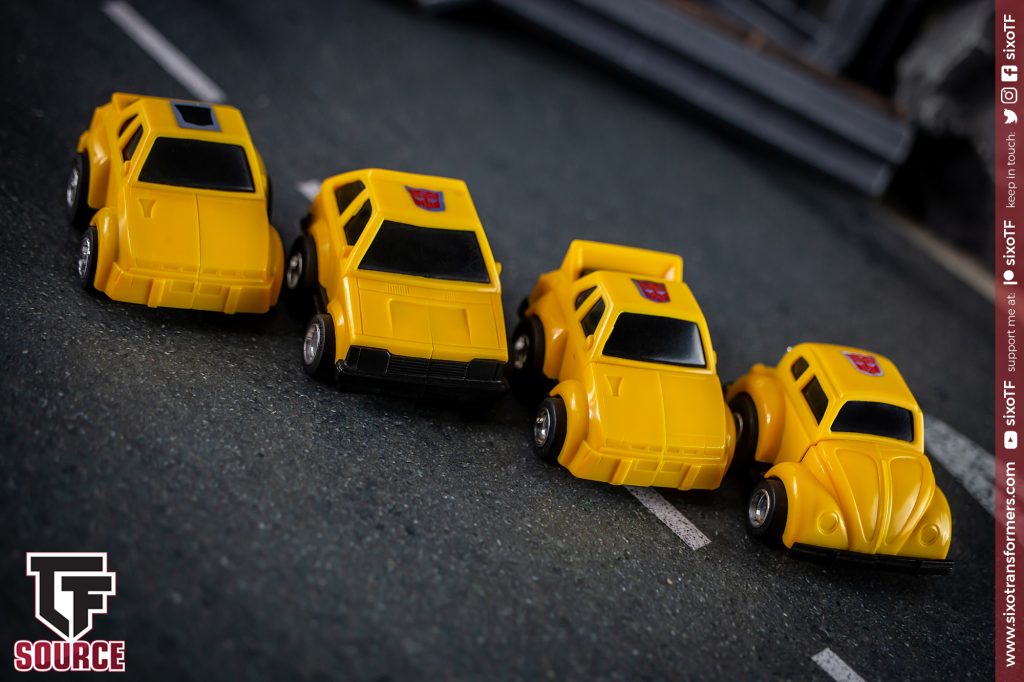 So, there you have it. Four little lads all featuring a very similar design and a common transformation but not hailing from the same mould. Well, apart from Hubcap – there’s always an exception, isn’t there?