COLLECTING THOUGHTS: Should Transformers toys ‘make kids work for it’? 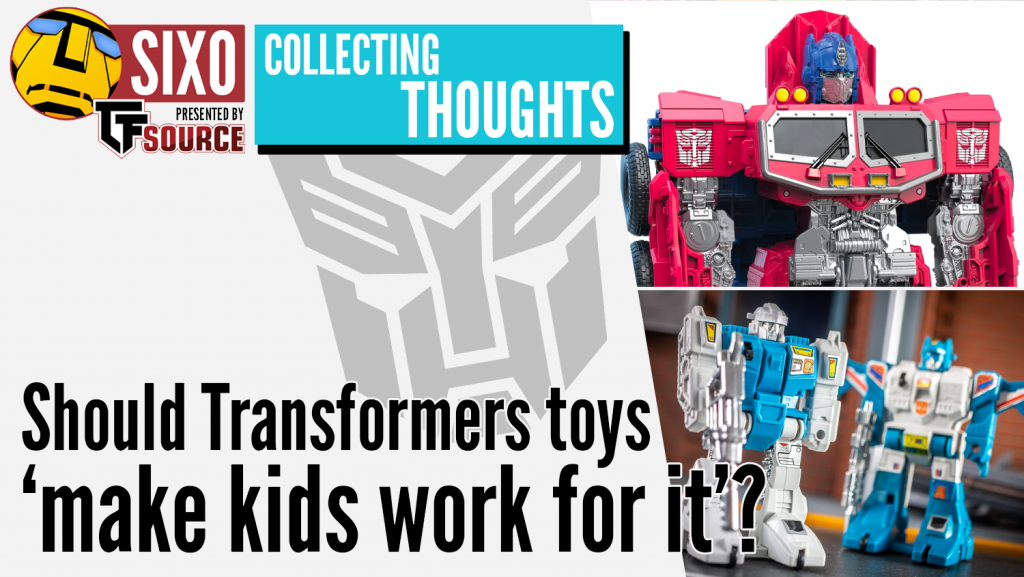 Given the Transformers toy line is now nearly forty years old, it’s no surprise there have been all kinds of different ideas thrown into the mix along the way, and even less so that not all of those new innovations have been met with universal acclaim. So it is today!

What’s the controversy this time? Have they turned Optimus into a monkey again? Or put flames on his truck mode? Maybe another plant Transformer? Whatever it is, you have to assume it’s something so Earth-shattering it has ruined all our collective childhoods forever (well, since the last time they did that, those heartless devils).

As it turns out, the subject in the fireline today is this. 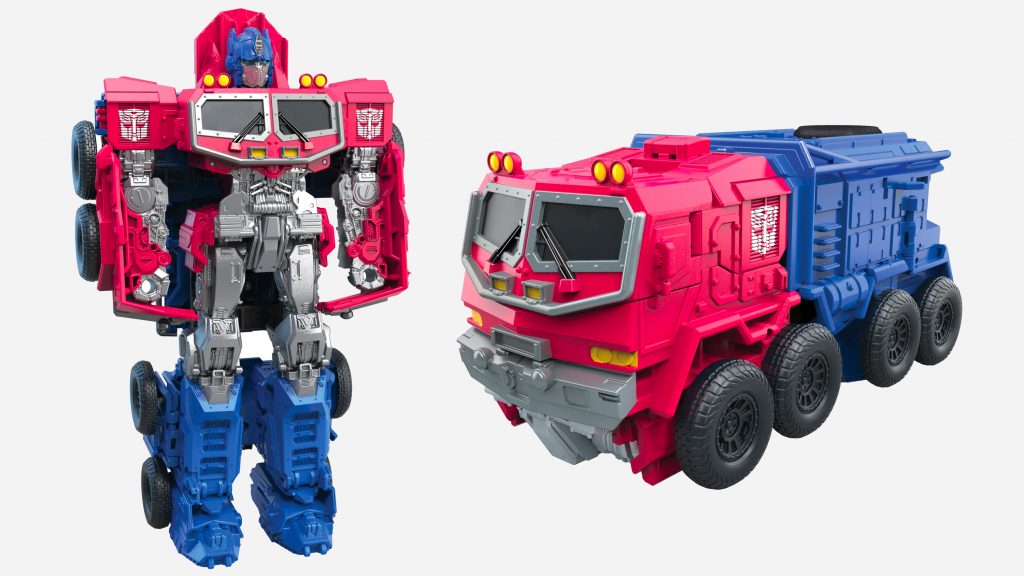 Yep, it’s the new Transformers: Bumblebee Cyberverse Adventures Dinobots Unite Smash Changer Optimus Prime toy. One might suspect the source of the ire is the ridiculously long mouthful of a name but no, the problem here is (wait for it)…

Now, if you’re like me, you may be wondering exactly what’s so wrong with this clip but it was enough to inspire an article by a popular entertainment website complaining that “Transformers toys no longer make kids work for it“. Evidently the notion of the ‘Smash Changer’ gimmick, whereby transformation to robot mode can be activated in three steps by quite literally smashing the toy, is the source of the drama because of how it doesn’t compare to the ‘challenge’ the author’s generation faced with their own Transformers back in the day.

The article talks proudly of the ‘lingering scars’ obtained from playing with children’s toys during the ’80s but surely the most eye-opening moment comes in the paragraph, “I’m all for every generation having an easier run on this planet than the last did… but it was those frustrating childhood experiences that helped make me the curmudgeonly old man I am today with the wisdom and motivation to complain about modern Transformers toys.” 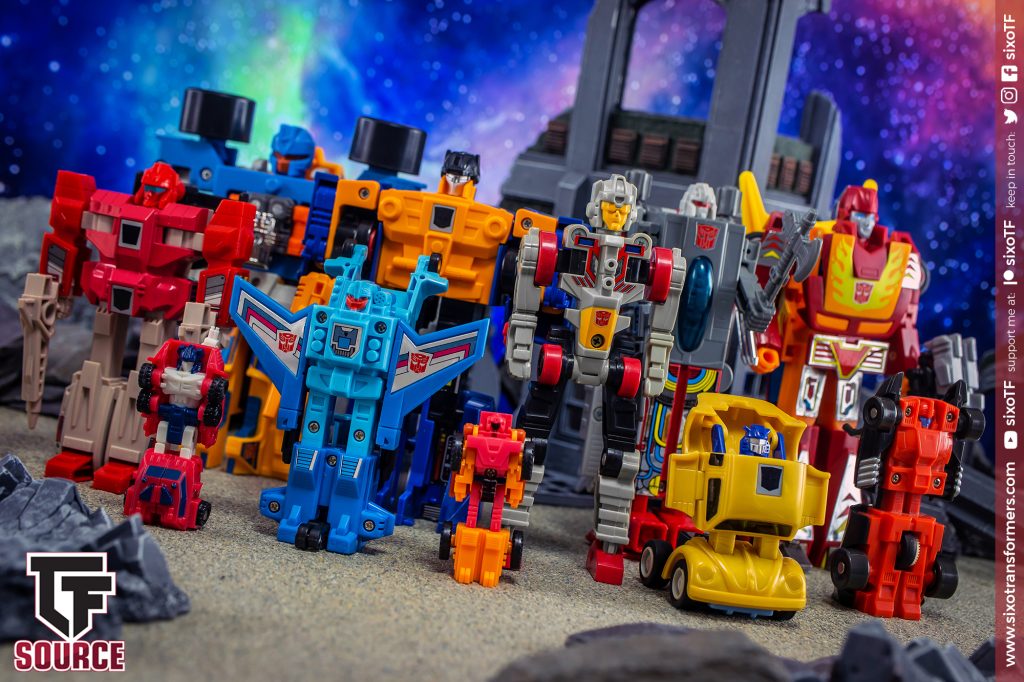 Woof. Curmudgeonly is right! It reads like a caricature of an old man yelling at a cloud, so much so it would almost be hilarious if it wasn’t sadly indicative of a lingering attitude still fairly prevalent in corners of the hobby today. As an old-timer myself (in Transformers fandom terms, anyway!), stuff like this gives good insight into why many of the younger generations of collectors out there complain about so-called ‘Geewunners’ – adult fans who grew up with the initial years of the franchise in the ’80s and now stubbornly take whatever opportunity they can to dismiss any part of it from the decades following. It’s an ironic attitude to have for fans of a series quite literally focused on change. 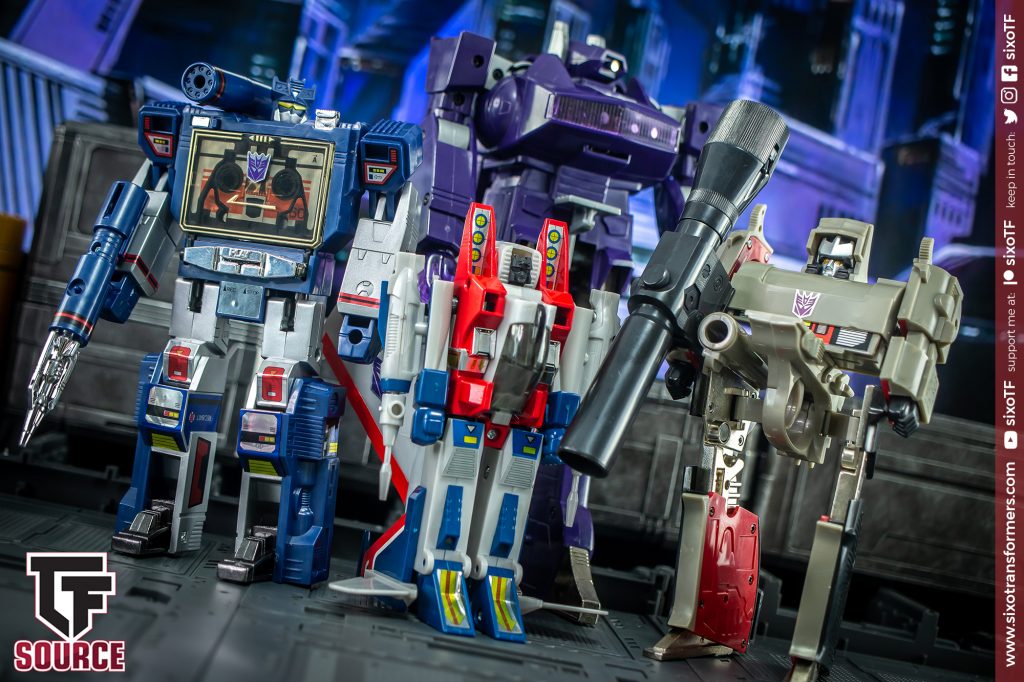 However, the really bizarre thing about the article’s whole take is how demonstrably untrue it is. Let’s put aside the bad faith approach of presenting such a conclusion based on one single toy (from the vast number of releases put out by both Hasbro and TakaraTomy each year) and put this to bed: Transformers toys were not dramatically more complex all those years ago. Far from it, as actually I’d argue there is a much greater range of complexity available these days than ever before.

For starters, let’s dispel the myth all Generation 1 toys from the ’80s were intricate puzzles of some kind. The article claims, “What’s always stayed the same is the multi-step process of going from a robot… to a vehicle“, yet gimmick-laden one-step changers were introduced as early as the second year of the franchise in 1985. The Jumpstarters are the most obvious example here, as they had a pull-back-and-go feature in their vehicle modes which then activated a spring-loaded conversion to their robot forms. 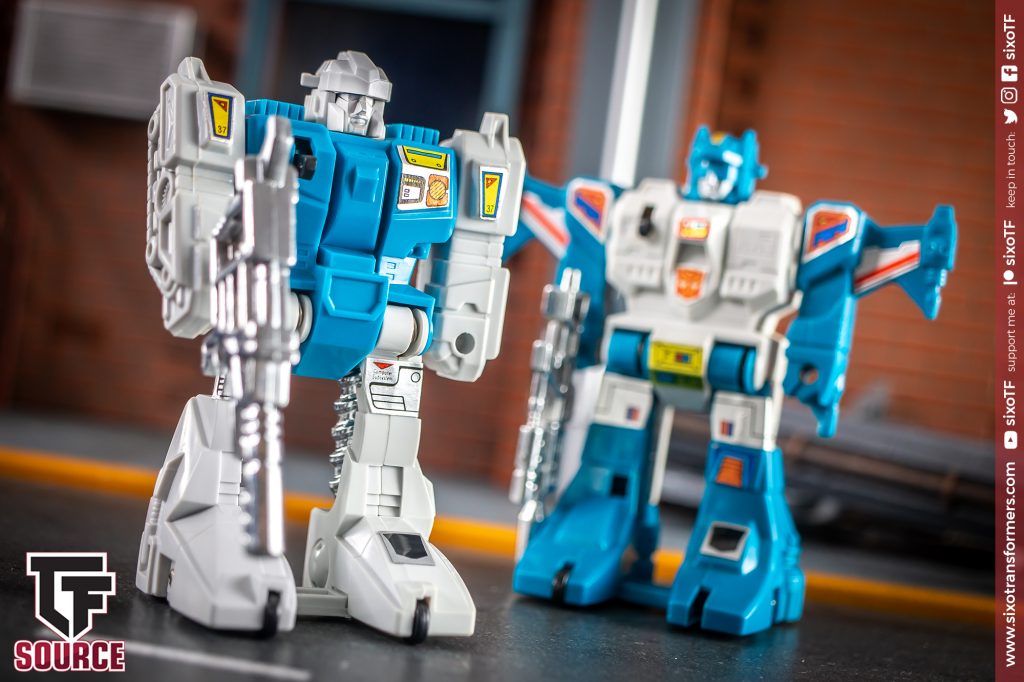 The subsequent years of G1 continued the trend: 1986’s Battlechargers had a similar pull-back auto-change gimmick, whilst 1987’s Duocons mixed it up a smidge but still boasted spring-loaded conversions requiring a one-step process to initiate them, to say nothing of the dozens of examples in the latter days of the original line that followed suit with equally simple solutions. Even besides those, your average G1 toy could be contorted between modes in a matter of seconds with relative ease versus a lot of what the brand has pumped out since, and examples of ‘flipchangers’, spring-activated toys you could convert simply by pulling on a single part of the alternate form, have been a staple since the time of Generation 2 and Beast Wars as well. 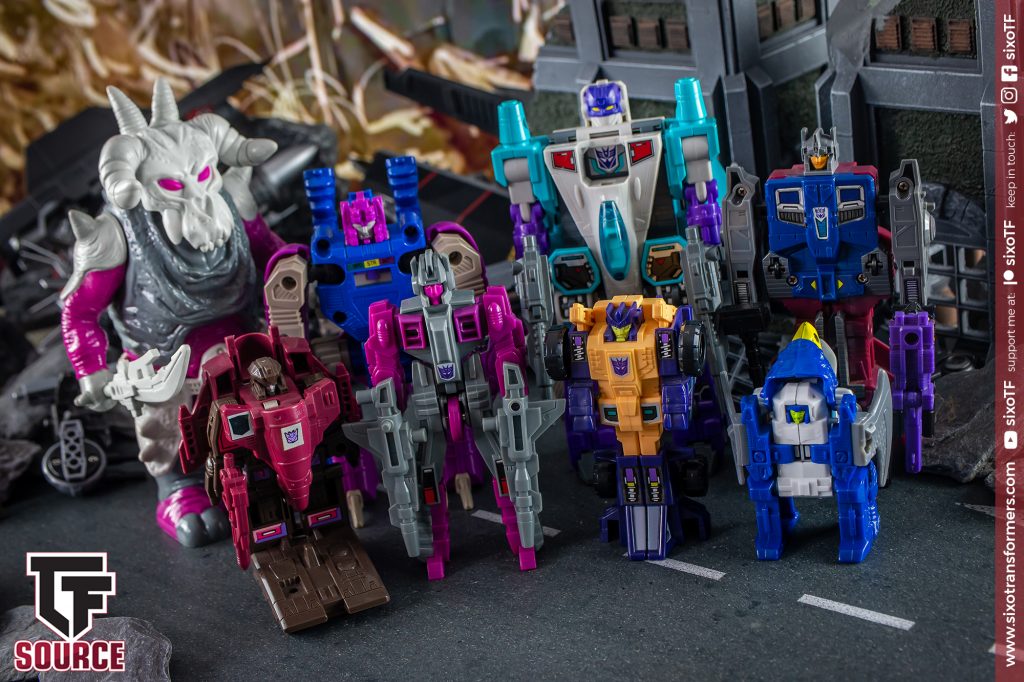 By comparison, these days the range of transformation complexity is wider than ever before, especially as the ceiling has been raised significantly, with the most intricate examples well beyond anything I could’ve even comprehended back in the ’80s. Numerous individual figures have pushed the envelope since then – particularly in lines like Binaltech or the 2007 and Revenge of the Fallen movieverse line-ups – but somehow even going back to some of those today makes you realise just how much things have evolved in the years since. I remember thinking no toy could ever be more difficult to change between modes than Robots in Disguise 2001 Side Burn, given how its asymmetric twisting and turning seemed at the time to be the very peak of complex Transformers design. Now I flip through the thing with barely a second thought compared to how much time and effort is required for certain modern figures, and almost all of it puts the majority of G1 in the shade in this regard. 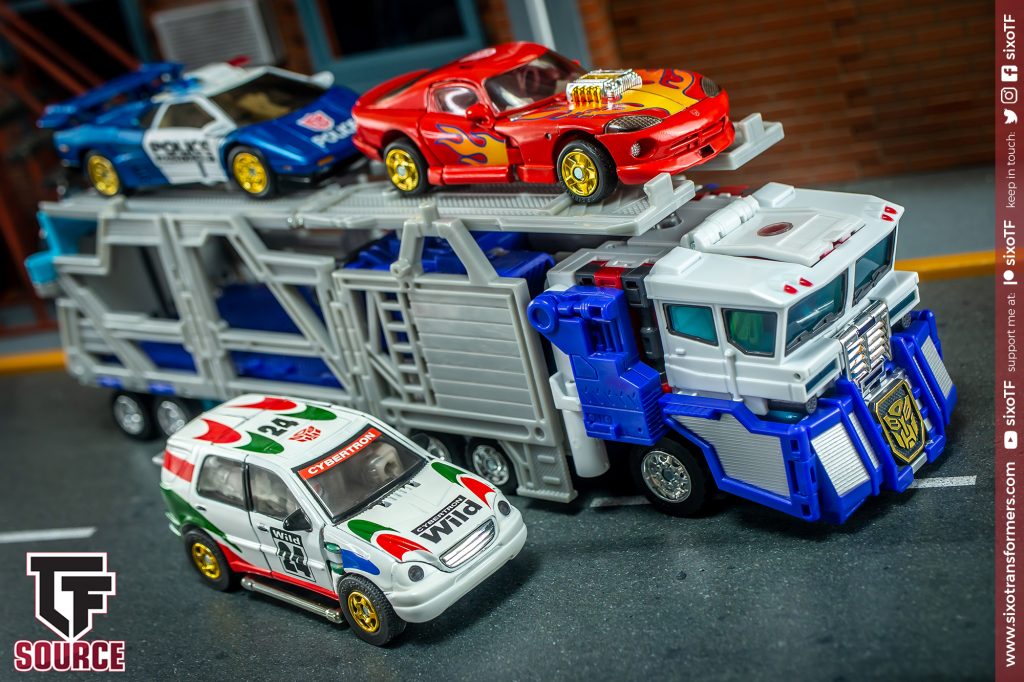 It’s tempting to cite a lot of Masterpiece examples here, of course, with recent releases such as MP-36 Megatron, MP-44 Convoy and MP-52 Starscream all pushing the boundaries of believability when it comes to what you would imagine a plastic robot toy can achieve whilst converting between modes. Some collectors may also mention numerous unofficial ‘third party’ releases so heinously complex, they are enough to reduce a fully-grown adult to the point of frustratingly shouting obscenities, although fortunately, the official toys manage to mostly stay on the right side of that line. Mostly. 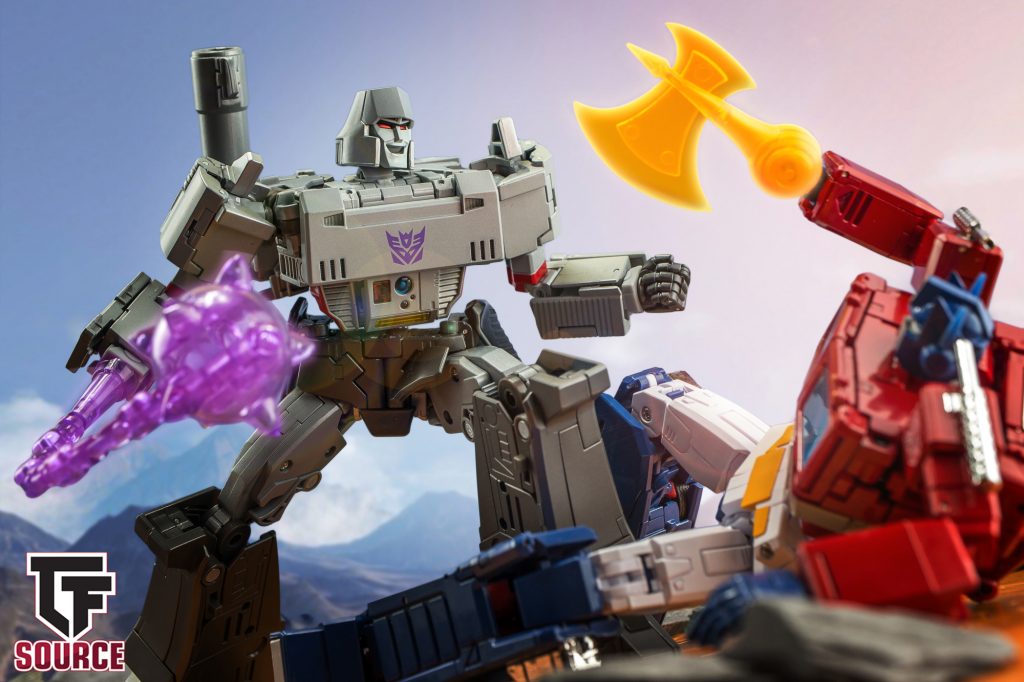 Masterpiece is a more collector-orientated prospect though, so what of modern mainline toys? Well, even taking one of the recent Optimus Prime releases as an obvious example, the WFC Earthrise figure boasts a transformation with thirty-five steps to it, which is approximately three times the amount you’d need to convert his 1984 equivalent from back in the day, and that’s hardly a one-off either. Many Generations toys from the last few years have been touted as ‘mini-Masterpieces’ by collectors and whilst I don’t necessarily agree with that sentiment in every regard, there’s little doubt you see it in terms of the transformational complexity on offer, with your average Deluxe Class WFC figure requiring more flips, spins, pushes and pulls than their namesakes from almost four decades prior. Even the ‘Smash Changer’ Optimus that inspired the original article takes eleven steps to return it to truck mode, although curiously this wasn’t highlighted by the author for some reason. 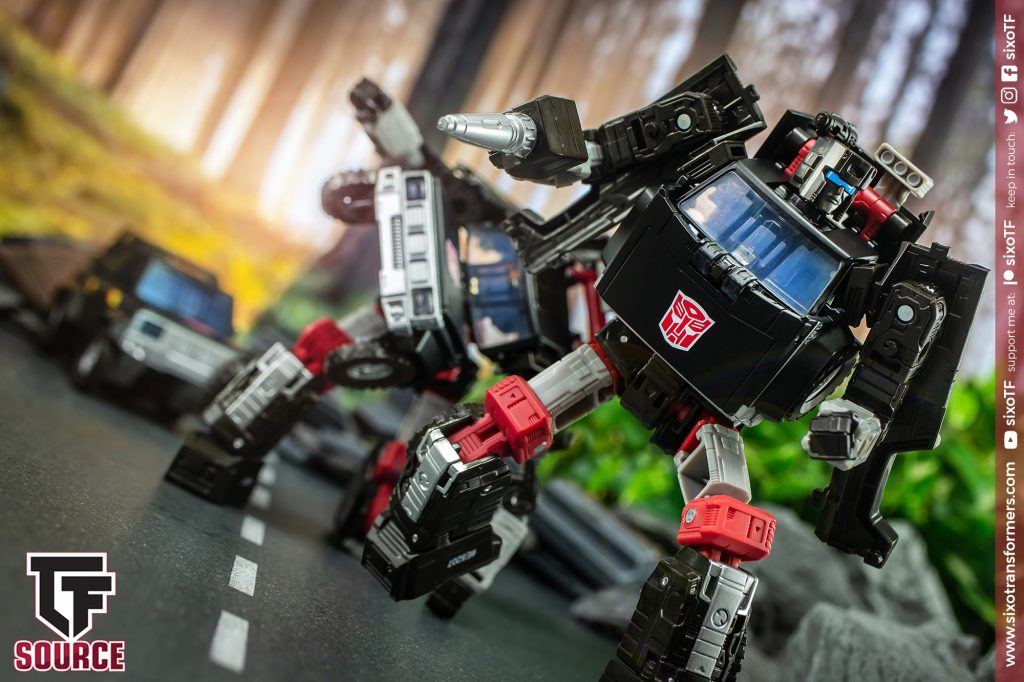 However, what the brand has also allowed for is more accessibility when it comes to certain groups of Transformers toys, with sublines like Rescue Bots being the perfect jumping-on point for the youngest of fans who want to take part in the fun. I speak from experience as I recall when my son was as young as two years old, he was tremendously excited about the whole notion of robots in disguise but there was simply no way his little fingers could have coped with anything too complex at the time. Having a whole line of dedicated toys designed purposefully for his age group was everything and, can I say, made for some very fond memories too.

This is what it’s all about, no? pic.twitter.com/J6YVmqQ4PF

He’s since taken much more interest in a lot of Generations figures and was recently very proud to show me he’d figured out how to transform Transformers Collaborative Ectotron back and forth between modes with no instructions of any kind, so he’s certainly wanting more of a challenge these days.

Despite all that, those early Rescue Bots still come out for a good play fairly frequently and I think a big part of that is because they’re so much fun! They look great, represent the characters from the cartoon well, and they can be flipped between modes in mere seconds, all allowing the boy to have a wonderful time enacting his own adventures without having to spend whole afternoons labouring through transformations instead of actually playing.

In that regard, I can see the ‘Smash Changer’ gimmick going down a treat in this house. As we’ve shown, the only real new thing about it is the creative approach to how it transforms, as the simplicity of execution is something that’s been part of the Transformers line since the very beginning. Either way, it looks like great fun to me.

Ultimately, isn’t that what it’s about? Don’t we want our kids to enjoy the toys we gift them? And as adult Transformers fans, wouldn’t we rather see newer generations being able to engage with the brand in a way that’s accessible and enjoyable to them, even from a very young age, as opposed to putting them off because we erroneously believe they’re not ‘working hard enough for it’, or whatever other nonsense?

If nothing else, we should remember that Transformers is first and foremost a brand of children’s toys. Let the kids have their fun and maybe the adults can try and be mature about it.

This entry was posted in Source Articles Tagged with Collecting Thoughts, Cyberverse, Generation 1

COLLECTING THOUGHTS: Should Transformers toys ‘make kids work for it’?