COUNTDOWN: 4 ways NEW Transformers toys are better than OLD ones! 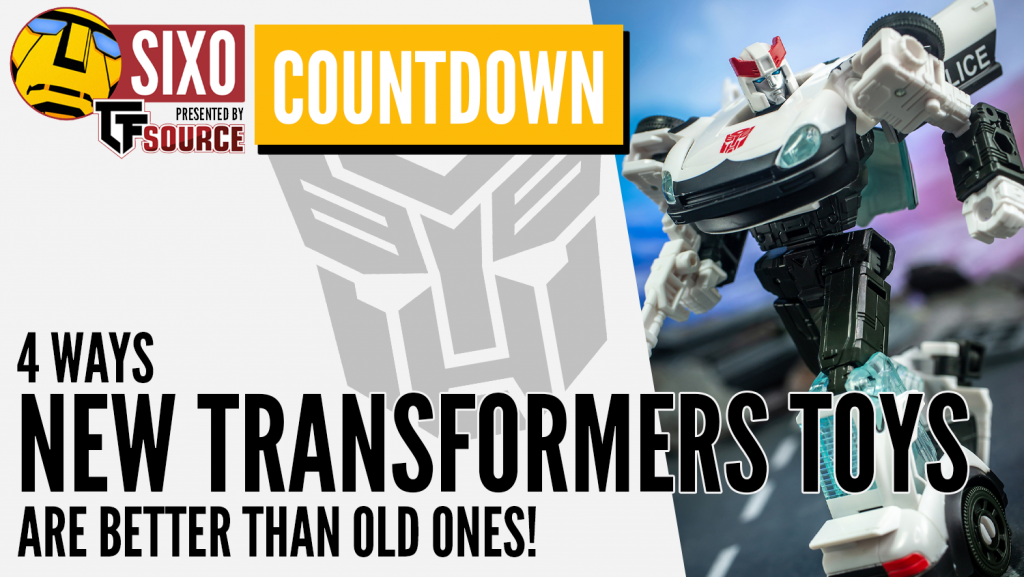 After almost forty years, it’s incredible to think the Transformers line is still going strong! We’ve seen a huge range of ideas and toy designs over the years, so much so that modern releases are often very different to their classic counterparts from back in the day. But which are better?

In truth, there’s no real right answer. It’s a heavily subjective topic to begin with and in reality, both modern and vintage Transformers do different things well and give a very separate collecting experience as a result.

So today we’re examining what advantages each era has over the other, with the focus on the toys themselves as opposed to stuff like availability or distribution. For clarity, most of the considerations will be made on the original Generation 1 (and G2) releases from the 1980s and 1990s versus the predominantly G1-focused War For Cybertron trilogy of the last few years. And yes, I’m quite sure this one is going to get me in hot water!

All that said, let’s make the case for new toys below… 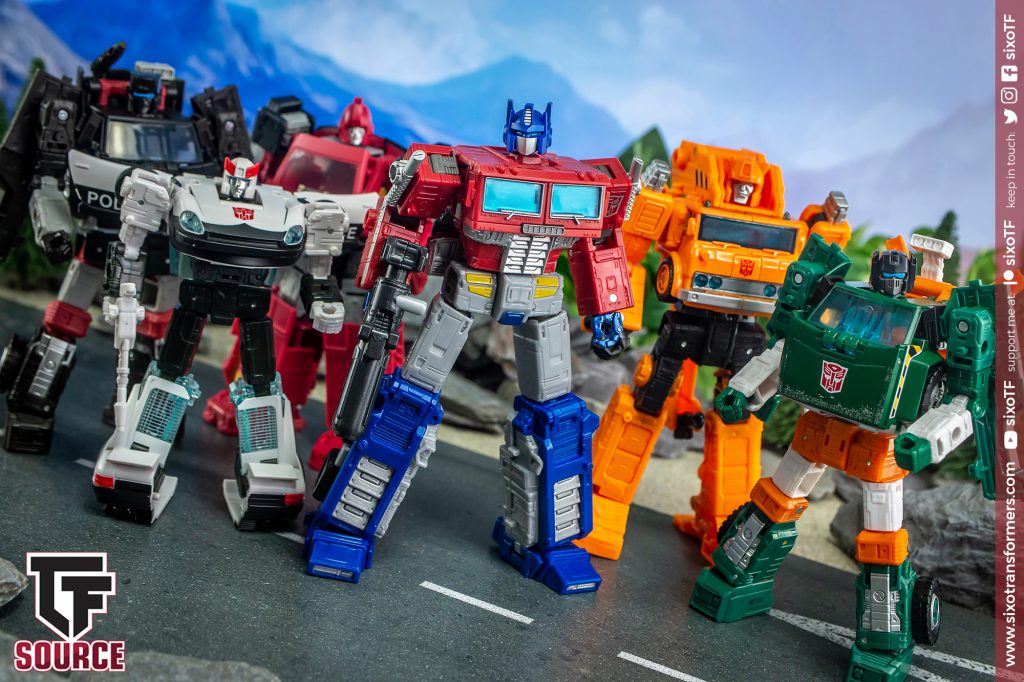 Few debates continue to rage in the Transformers fandom more than the topic of scale. Despite being a backseat consideration from the very beginnings of the franchise, it remains a topic to divide opinion amongst collectors more than most others, which is strange considering we’ve arguably never had it better when it comes to how the toys themselves actually stack up with one another than we do right now.

Seriously, we’re in an era where the leaders in any given part of the line don’t necessarily have to be twice the size of the rest of the crew and so-called city bots possess at least a half-decent chance of seeming like they could house some of their smaller comrades. Beyond the obvious examples though, there’s generally a sense of characters being depicted in a way that feels right, and especially so versus what has been typically established for them in franchise lore. Fans of the Holy Scale Chart be blessed.

This has been a feature of Generations toys for quite a while now, although arguably never more so than in recent years, as the whole notion of a complete line-up of characters all in proper scale was really popularised with the MP-10 ‘soft reboot’ of the Masterpiece line and has stuck around and spiralled into areas ever since. 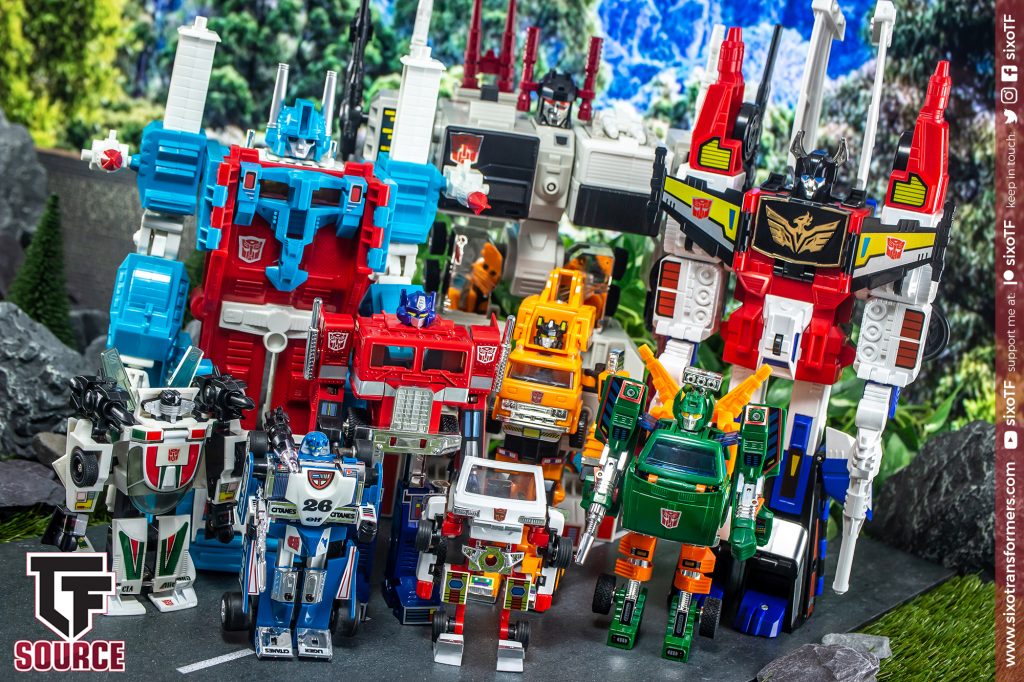 By comparison, Generation 1 toys did not do this well. At all. In fact, there are many examples from back in the eighties that are outright hilarious in terms of how silly they are, with characters such as Blaster absolutely towering over his Autobot comrades. I personally think my favourite will always be Ultra Magnus and Metroplex together, as the city commander stands not much shorter than the city he’s meant to be commanding.

It is only fair to point out this disparity wasn’t actually the be-all and end-all when growing up in the ’80s (I still had fun with the toys!) and bothers me even less today. It’s become a quirk I actually quite enjoy about them, if anything, although I think that’s partly only possible because it’s something modern toys typically excel at, allowing us to assemble our heroes in the right size at long last. 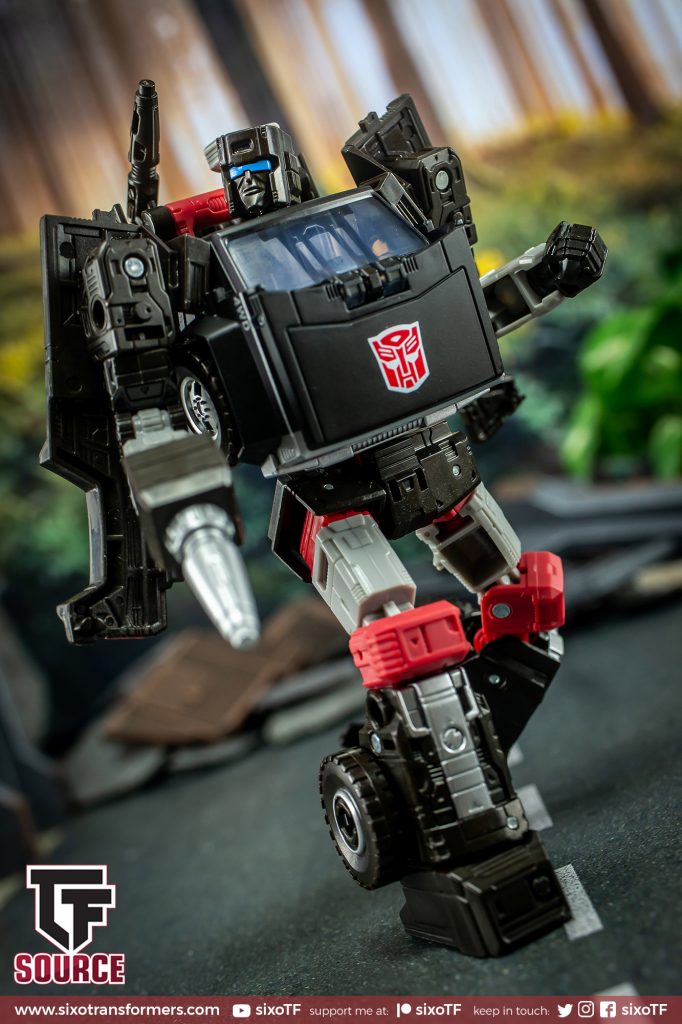 Another obvious but still very important point to mention now, as anyone who has ever compared a modern Transformers toy versus one from the 1980s will easily be able to tell you they trounce their classic counterparts when it comes to articulation and poseability. Whereas the vast majority of G1 releases can claim perhaps some movement in the arms, new toys are subjected to heavy scrutiny if they don’t feature elements like waist swivels these days, such is the level of expectation we now have for them in this regard.

It’s actually an aspect of toy design that has snowballed a bit in recent times, despite more articulated Transformers releases having existed since Generation 2 in the 1990s, when ball joints first became a thing. Even in the last five years, flourishes such as ankle tilts and wrist swivels have become standard in the main Generations line in a way they were once entirely unexpected, and I suspect it won’t be long before things like butterfly shoulder joints follow suit. Some of that is mainline figures cleverly taking cues from Masterpiece but whatever the case, it’s great to see, and a true testament to what modern releases are able to achieve. 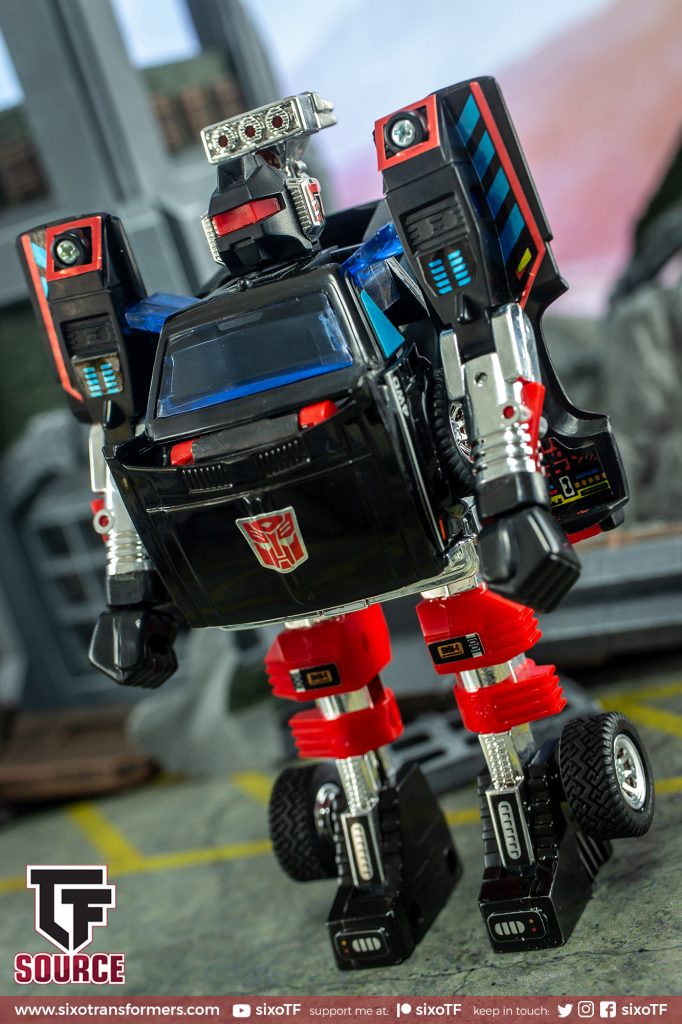 So perhaps it’s little shock to see fans regularly referring to the classic G1 toys of yore as ‘bricks’, given how comparatively un-poseable they are. In fact, it’s often true that various points of articulation are merely happy accidents afforded by arms or legs requiring to move for transformation, a sign of ultimately how little importance was given to this facet of design at the time, perhaps.

Again, it’s not something I ever felt was especially missing from the figures I enjoyed playing with at the time (nor indeed a factor whose absence causes me any kind of concern when collecting vintage specimens today – I love my bricks), yet it’s fantastic to see your favourite characters being brought smack up-to-date with hyper poseable new toys all the same. 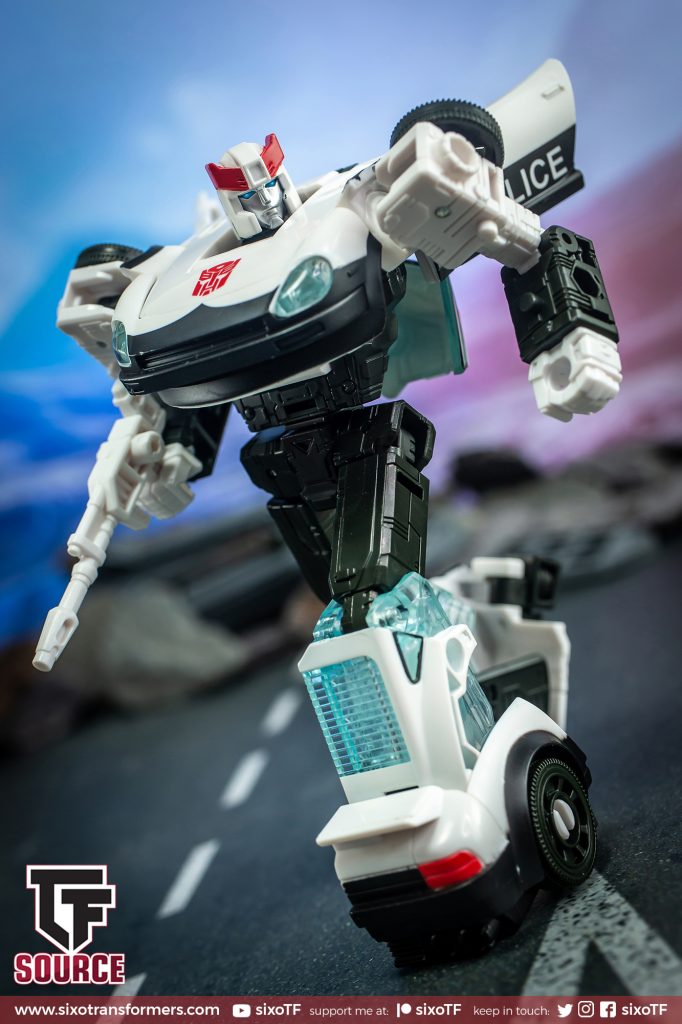 It’s funny how Transformers has evolved over the years, and especially that the look of the original toys which started it all is now no longer the default aesthetic we associate with the characters they represent today. A lot of that is down to the 1980s Sunbow cartoon having so drastically overhauled their appearance at the time, of course, alongside the Marvel comic too. It could have all been so very different if the supporting media had decided to accurately portray those Diaclone re-releases as they existed in toy form, to the point where one wonders what modern makeovers of them would look like now! Imagine a WFC Ironhide modelled after his 1984 counterpart, for example.

Anyway, that’s not how it went, and thus the often more humanoid style of the classic crew was set in the hearts and minds of many children at the time, going on to become the established way they would be portrayed ever since. It means that now, modern representations of these same characters are drastically closer to the franchise fiction than anything we’ve ever seen in the decades prior, often allowing collectors to own their favourite ‘bots looking like they did in their on-screen adventures for the first time. 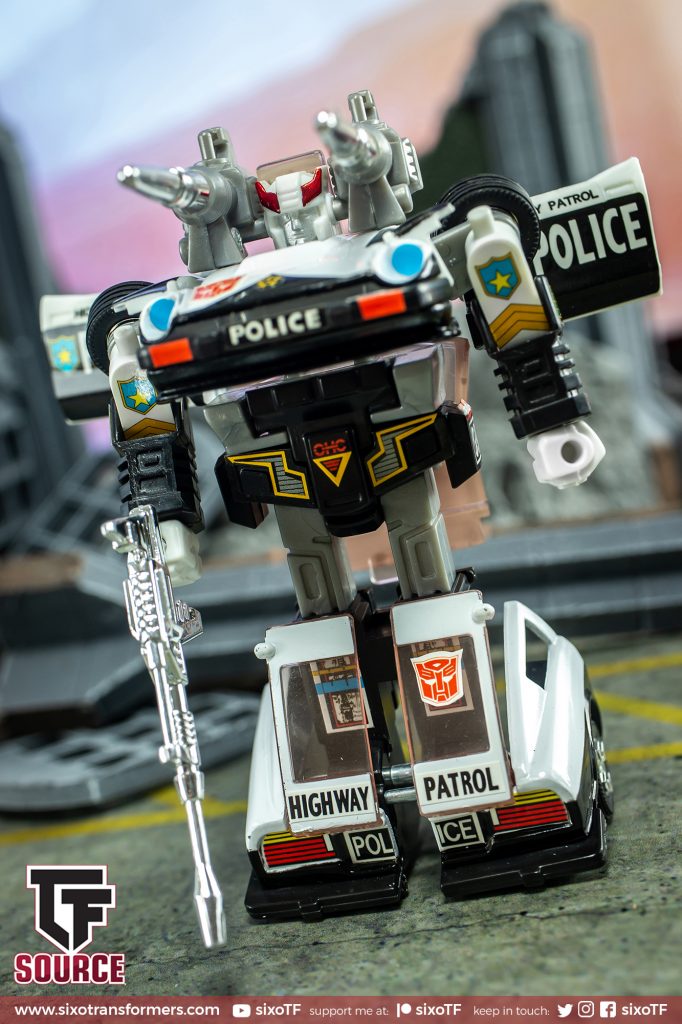 It’s another arena in which the original releases just can’t compete, as even examples where the cartoon stuck pretty closely to the plastic frequently have their own distinctive look versus how they were later interpreted. Then there are the really bizarre instances, with characters such as Brawn or Gears bearing little resemblance to how we now think of them.

What’s also strange is how the hunt for cartoon accuracy has proven to be a bit of a fine line if anything, with a lot of recent Masterpiece examples straying a bit too close to the sun as far as some tastes go, yet there’s little doubt that as a general aesthetic, a loosely cartoon accurate appearance is what most would consider to be the way to go.

I think it will be fascinating to see how such consideration is utilised once we (hopefully) move into the arena of classic characters who were already quite cartoon-accurate for their time, given how closely the fiction for Robots in Disguise 2001 and the Unicron Trilogy followed the toy lines, but that’s a thought for another time, perhaps. 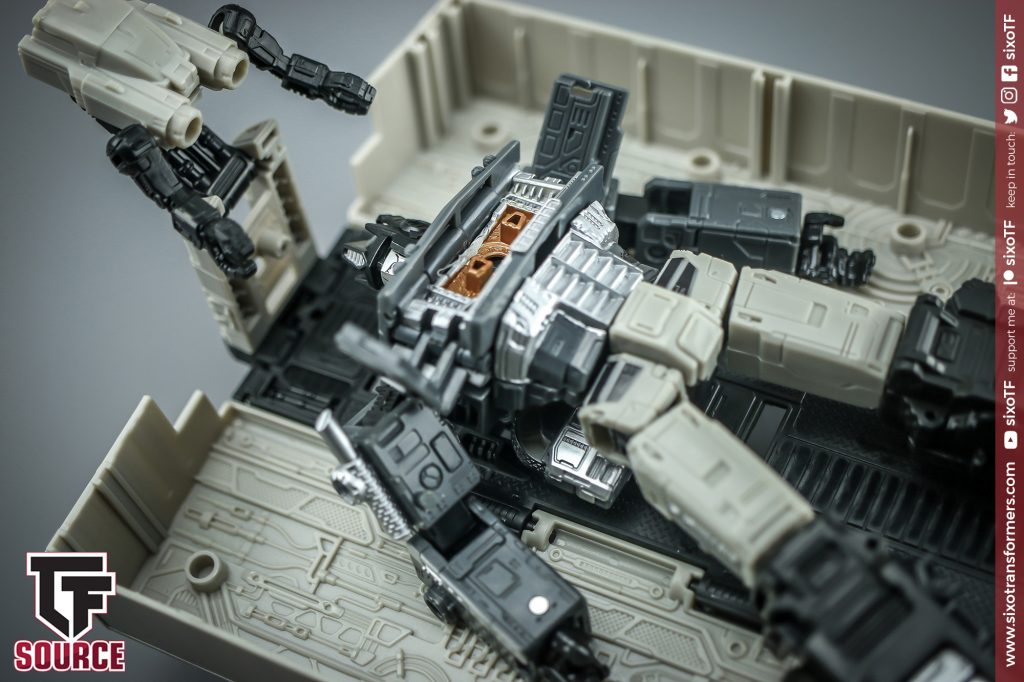 So, the final area where I think modern toys totally take it is in terms of representation. What do I mean? Well, it’s two points, really. First, the sheer volume of characters represented in 3D form nowadays, as we finally have plastic realisations of fan favourites such as Arcee or Unicron (amongst lots of others) who were curiously absent back in the day.

Then we have the many (many!) niche repaint ideas out there now, some of which I simply cannot believe even exist, representing everything from the most obscure pre-Transformers colour schemes you can think of through to stuff like the Rainmakers and even Optimus Prime’s corpse (you ain’t fooling me with that ‘Alternate Universe’ nickname).

Yet the other point I think is worth acknowledging in terms of representation is the more diverse cast of robots we seem to be trending towards these days, with the number of female characters now available a definite improvement on the… ahem, none that were released by Hasbro at retail back in the 1980s. True, the fact so many of the modern examples are all repaints or retools from familiar moulds is a little underwhelming and arguably there’s still a lot further to go on this score but hey, it’s a leg up on where we were at least. 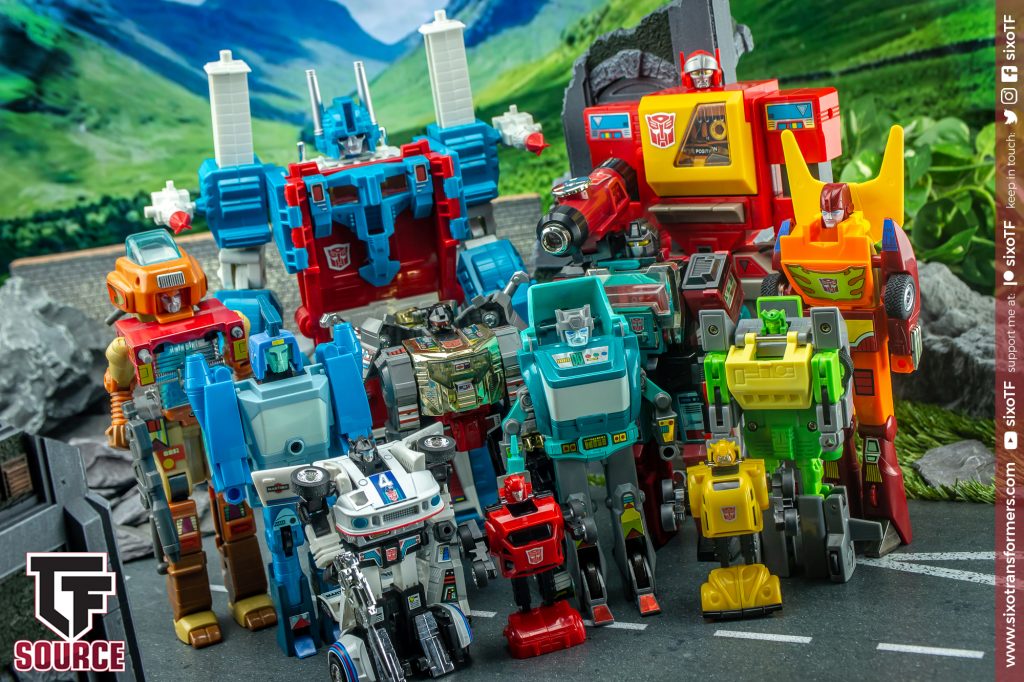 It says everything to me that a lot of kids thought of the white robot at the core of Ultra Magnus’ G1 toy as representing the alloy-coated version of the Autobot’s most famous leader seen on-screen in The Return of Optimus Prime. It proves we always had some kind of appetite for these niche references being represented in plastic in one form or another, yet during the G1 era, none of that was ever catered for. At least nowadays, there is no shortage of bizarre but undeniably awesome ideas floating around as toys, all bringing to life some fan favourite franchise moment or other. What a time to be a collector!

So that’s the case for modern toys! But wait – before you say anything, put down your pitchforks and check out the accompanying list showcasing the advantages of vintage toys, eh?

This entry was posted in Source Articles Tagged with Countdown, Generation 1, WFC

COUNTDOWN: 4 ways NEW Transformers toys are better than OLD ones!