COUNTDOWN: Everything on the way from FansToys (part 3) 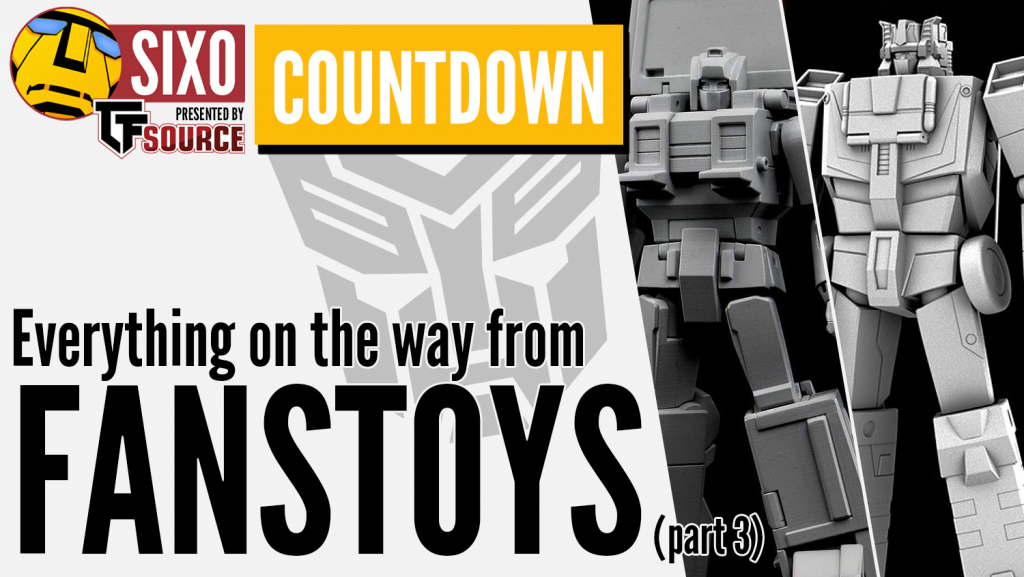 We’re back for the third and final part of our walk-through on everything FansToys has going on at the moment! If you missed them, be sure to catch up with part 1 and part 2 first, as so far we’ve detailed all of the various items that have been made available for pre-order, as well as started to look at the further afield grey prototypes and render reveals from the company. We’ll continue that part of the list here today, with each item presented in product number order. 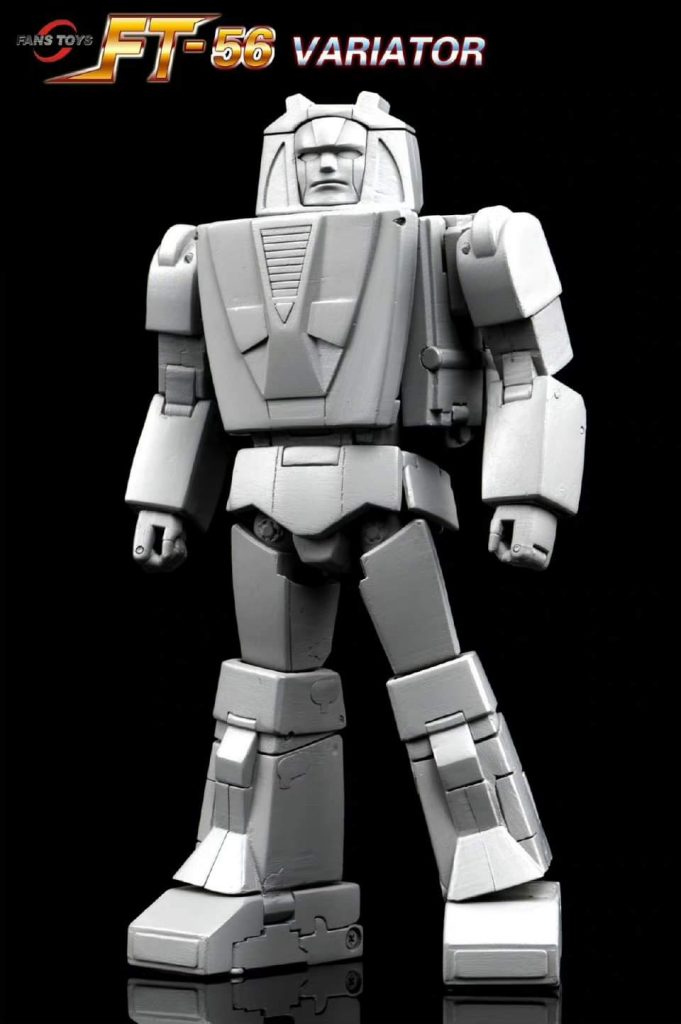 Who is it? Gears

Alongside other Minibot characters, it’s been known for some time that FansToys was working on a Gears, with the name and renders of the figure just having been revealed this last couple of weeks. And hey, it seems to be shaping up nicely, providing a definite alternative for Badcube’s Grump, which has thus far been the only real attempt at the character in Masterpiece style. Again, you can see the clear shift towards a more anime-inspired aesthetic from FT, with the smooth finish and the vehicle mode all being obvious nods to the cartoon. I’d expect this one to shift. 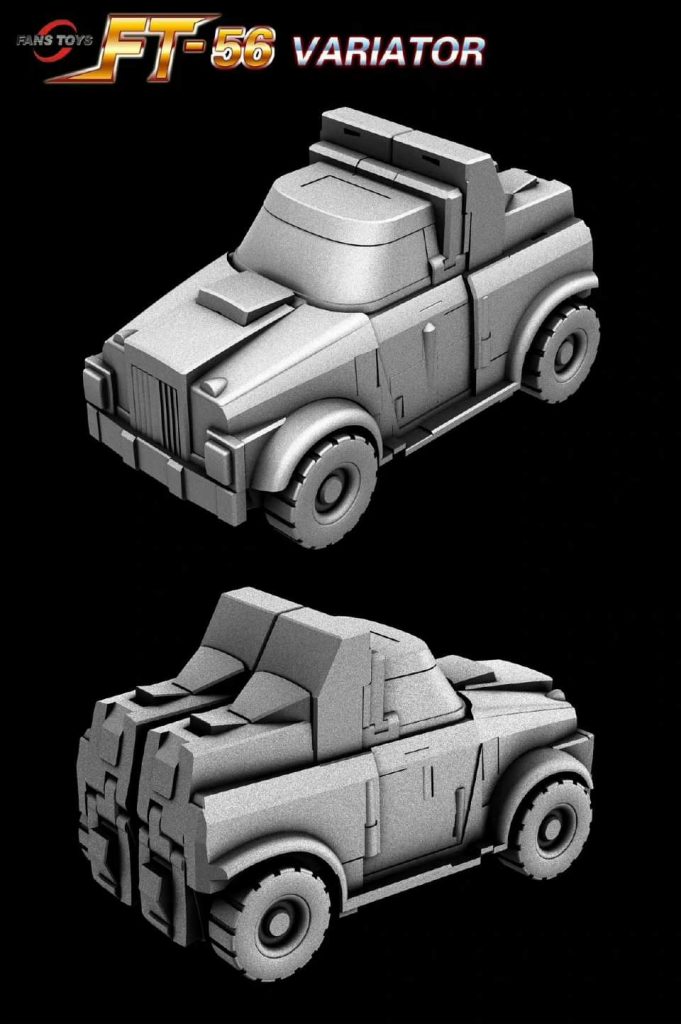 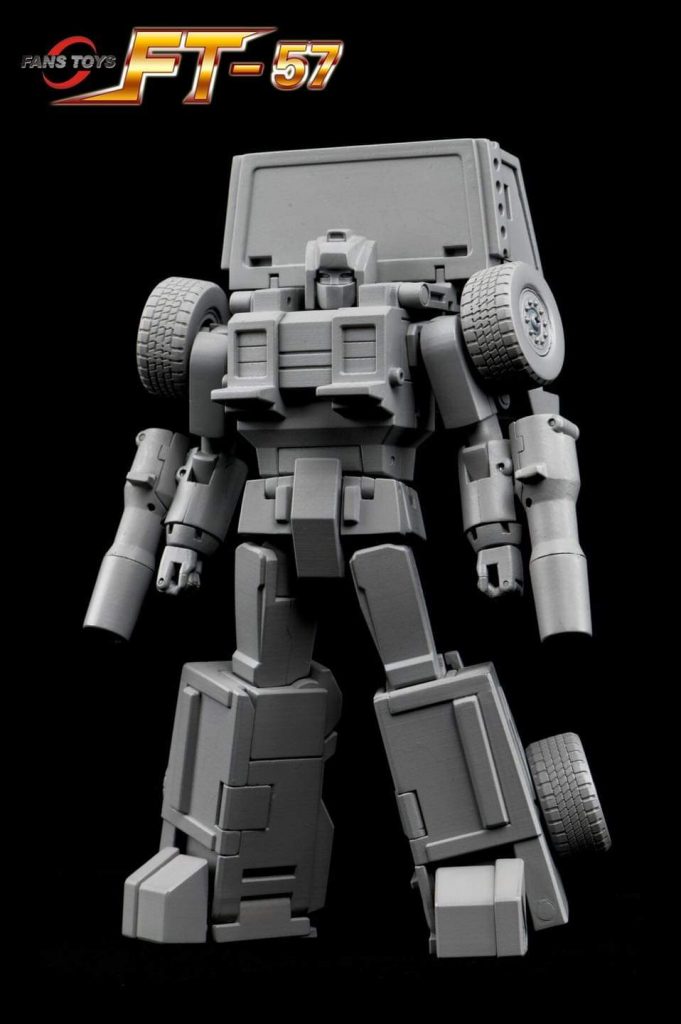 Who is it? Pipes

As soon as a FansToys Huffer was revealed, it seemed slightly inevitable that they’d follow up with a Pipes, and so it’s come to pass! Still, in credit to the company, they’ve shown once again that they’re willing to go the extra mile with these retools by really making sure that the changes are as extensive as they need to be to do each respective character justice. Thus, whilst the as-yet-unnamed FT-57 might share a core design with Rig, their attempt at Huffer, there seem to be a surprising number of unique parts thrown into the mix too, with the result being one that is sure to be a strong rival versus Badcube’s Piper. 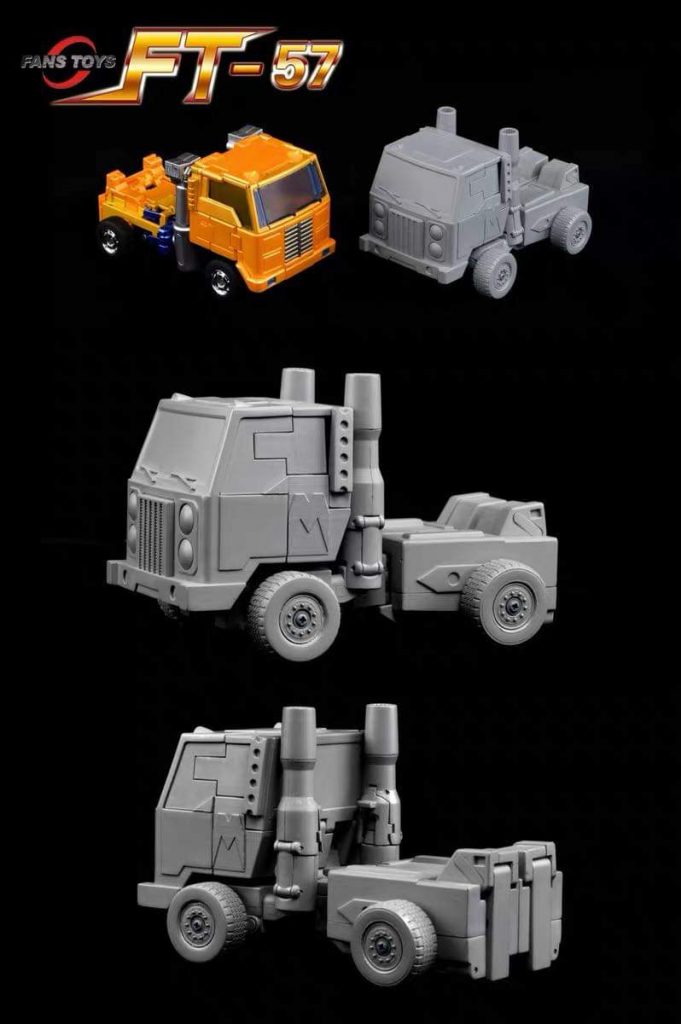 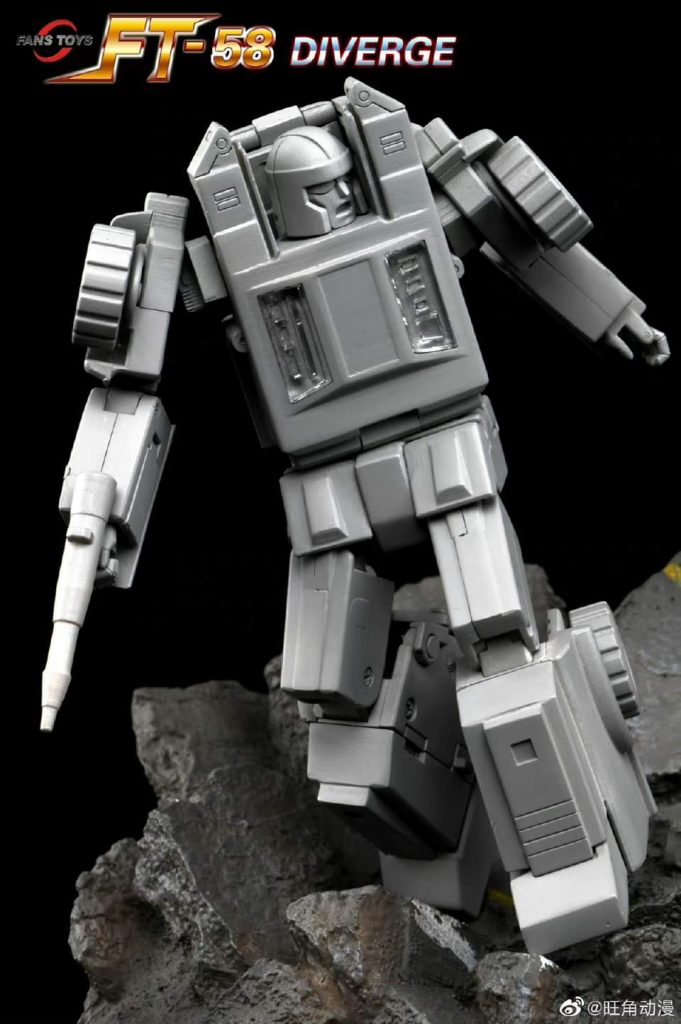 Who is it? Swerve

Despite having only just fully unveiled Variator, we already have sight of the repainted & retooled take on Swerve from that mould, with Diverge here going to similarly-long lengths as their Pipes above to make this character feel distinct. That’s a fair dose of commitment considering that Swerve’s tenure in the G1 cartoon extended to a handful of brief background glimpses in the one season three episode, before being unceremoniously trodden on by Trypticon. Yes, Pipes isn’t the only one to get crushed underfoot. Anyway, if such a presence is required for your collection then FansToys have you covered, in another release that currently is only contested by Badcube. 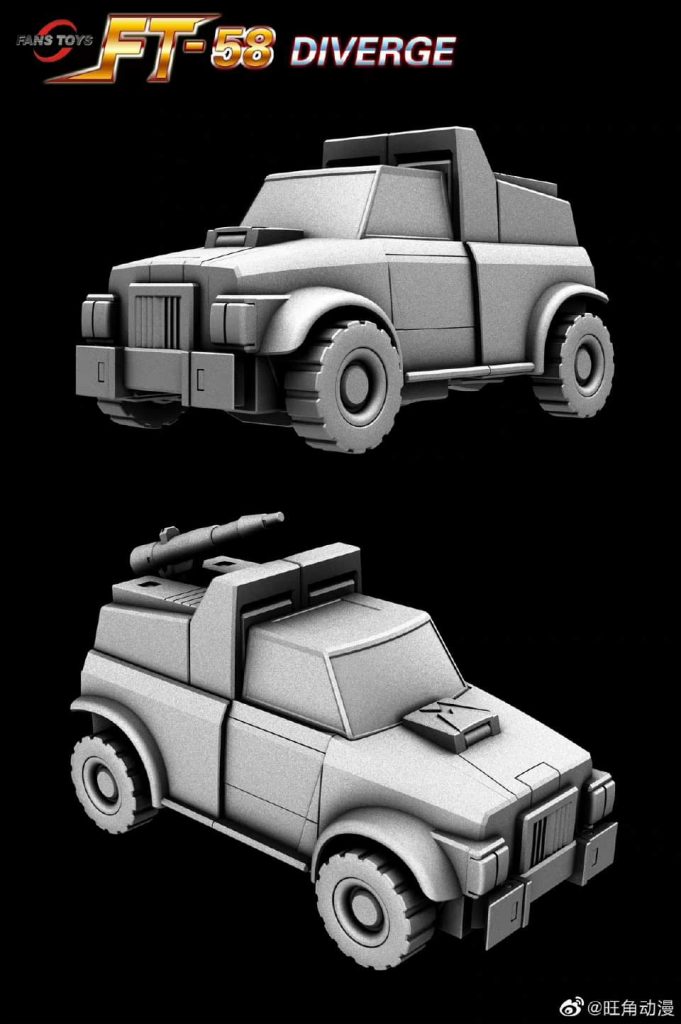 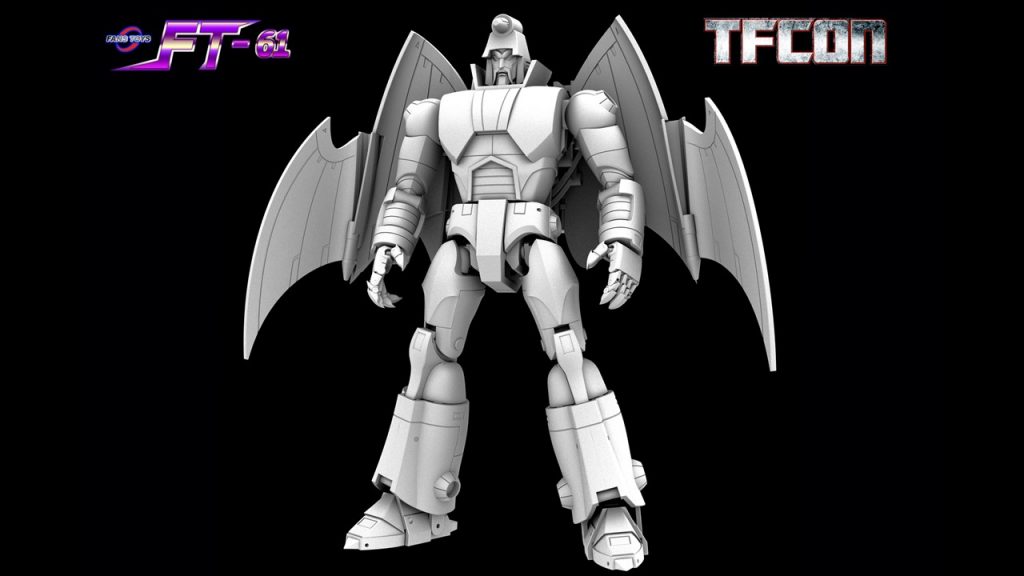 Who is it? Scourge

FansToys Quietus was one of the company’s hottest releases of recent memory, with both the first version and the subsequent repaint being highly desirable. So it stands to reason that their Scourge should prove pretty popular too, especially as it was first teased no less than seven years ago now, appearing as a silhouette next to Sovereign when that toy was initially unveiled. I’ve little doubt that FT has evolved the design a bit behind the scenes by now but whatever the case, Scourge here is looking mighty fine in both modes and should prove to give the likes of X-Transbots Andras a run for its money. Good thing too, as if you really want to be cartoon slavish then you might end up buying this guy four or fives time over, as FansToys look to sweep up the competition! 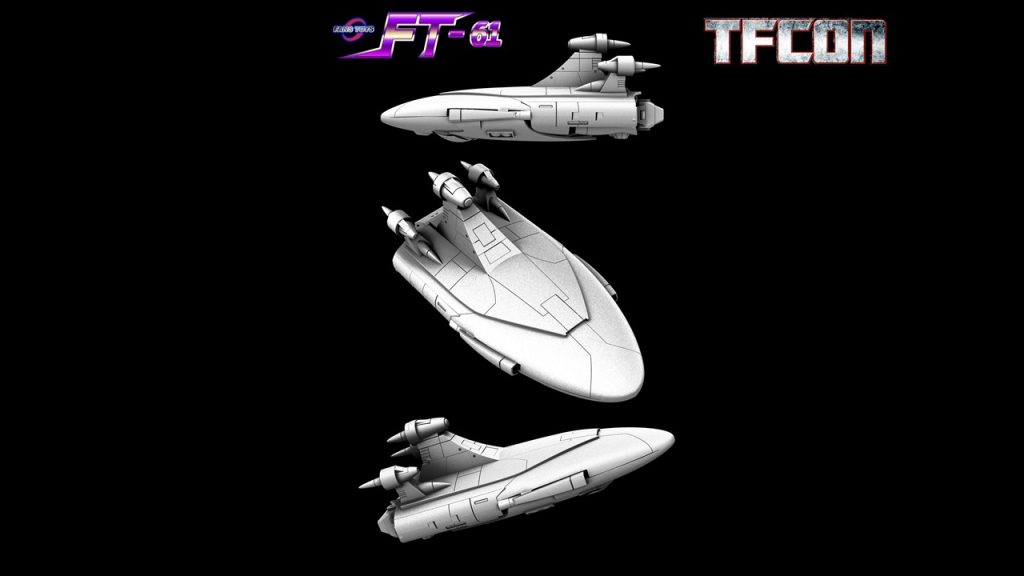 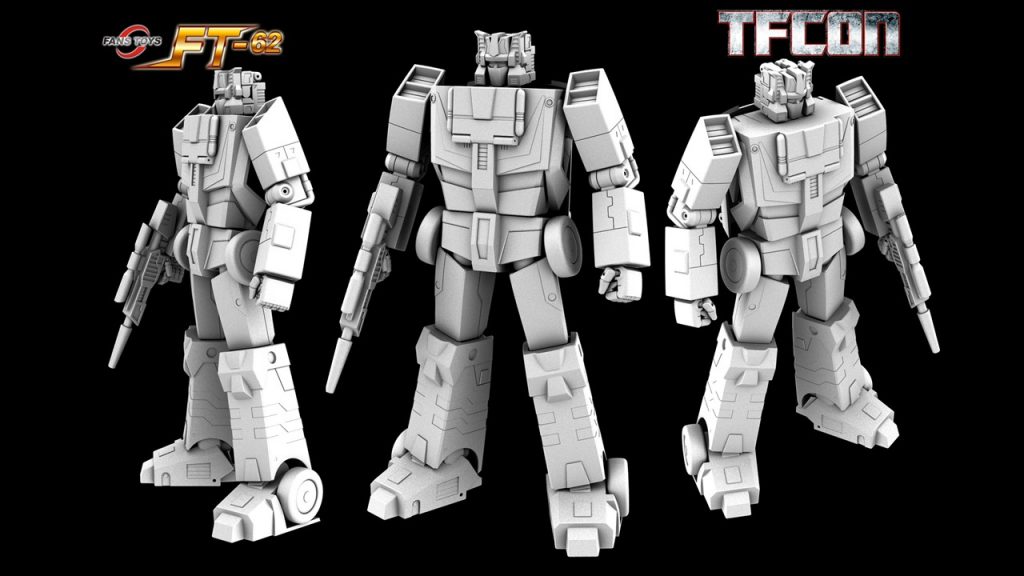 Who is it? Chromedome

For our final actual reveal, we have the first of their Autobot Headmaster line-up, which arrives in good time just as the last Decepticon in the initial trio is about to be released! FT-62 may not have a name yet but there’s no doubt who this is meant to represent, as FansToys seek to bring us the first Masterpiece-styled Chromedome since Maketoys’ incredibly-popular Cupola release. No doubt some will be a little disappointed that this takes after the character’s Japanese Headmasters appearance and not the Sunbow look from The Rebirth, and there’s also a big question mark about how big he will be (although odds are it’ll fall at roughly the same height as Cupola, given that FansToys’ Decepticon Headmasters do too). Regardless though, this is one to watch and should prove especially exciting if it leads to the rest of the Autobot crew being realised as well! 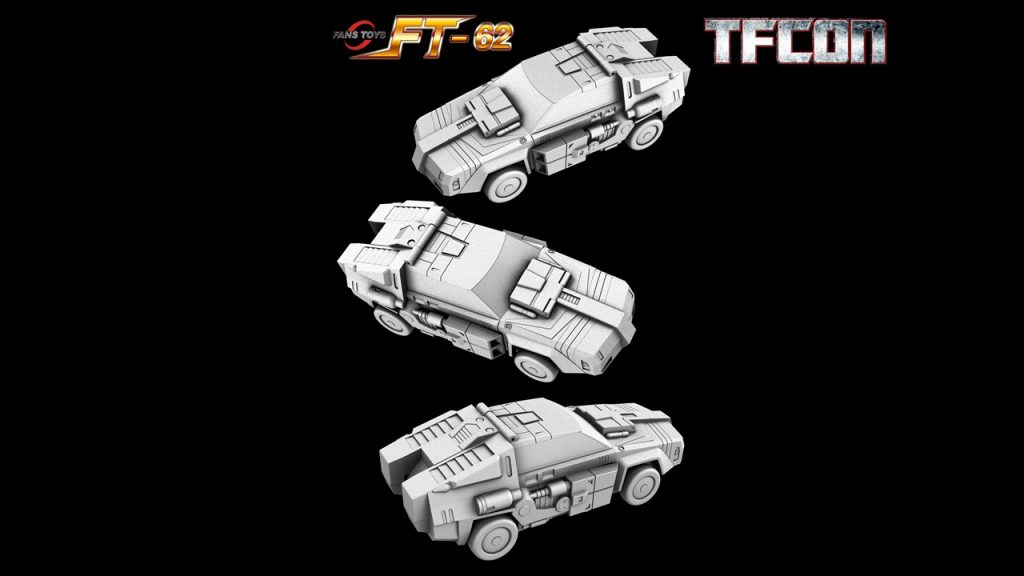 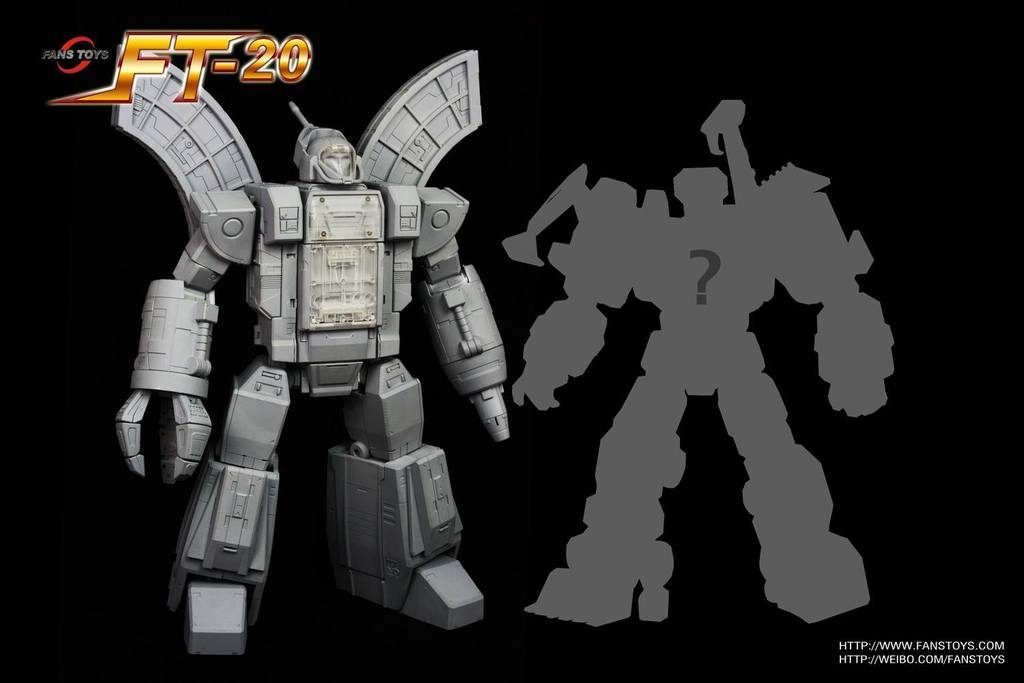 Who is it? Devastator/ Constructicons

And rounding off this list we have the one-and-only, the green meanie himself, it’s Devastator! Or, at least, we assume it is based on that telling silhouette! The idea of FT making a Devastator is extremely exciting and something that a lot of collectors have been clamouring for over the years, although sadly all we’ve ever actually seen of the project is this very tease, unveiled in 2016 alongside the prototype pics of Terminus Giganticus. Since then, they’ve prioritised other combiner teams, such as the Aeialbots and Stunticons, although we could theorise that the numbering for an eventual Constructicon project might fall somewhere in the currently-unassigned range of FT-32 to FT-38! One also assumes that the six individual characters would be released separately, presumably with some add-on pieces required to make the Big Man mode, although again, that’s purely conjecture at this stage. Either way, it would be tremendously exciting, especially as the current options for this team don’t quite hit the cartoon-accurate spot in every single mode. Don’t keep us waiting too long, FansToys!

So that’s the lot… for now!

COUNTDOWN: Everything on the way from FansToys (part 3)