COUNTDOWN: Everything on the way from Keith’s Fantasy Club (part 2) 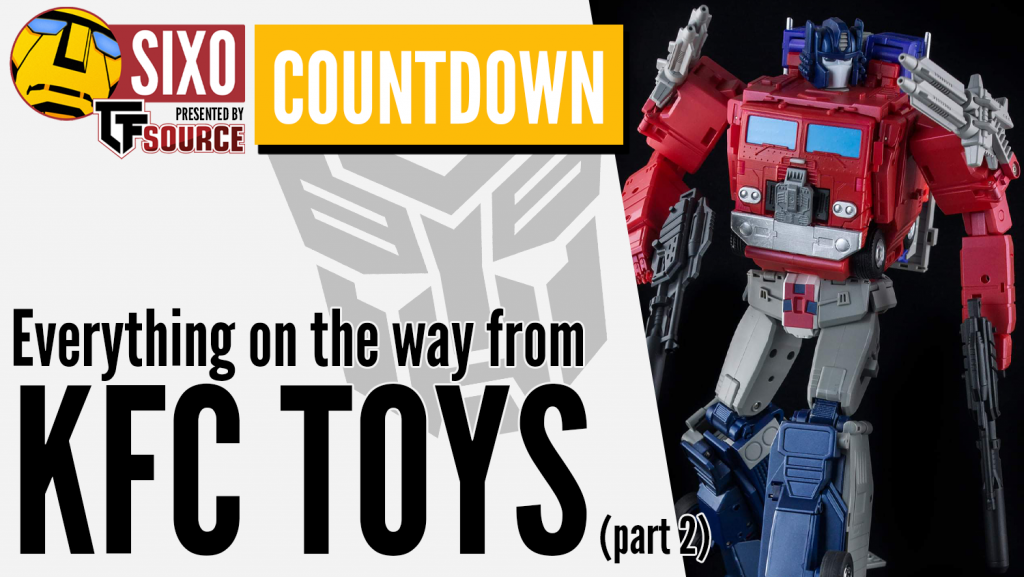 It’s time for the second part of our round-up on everything that Keith’s Fantasy Club (better known as KFC… but not that one!) has going on at the moment, including all their various teases and pre-orders! If you missed it, then be sure to check out part one before continuing below. 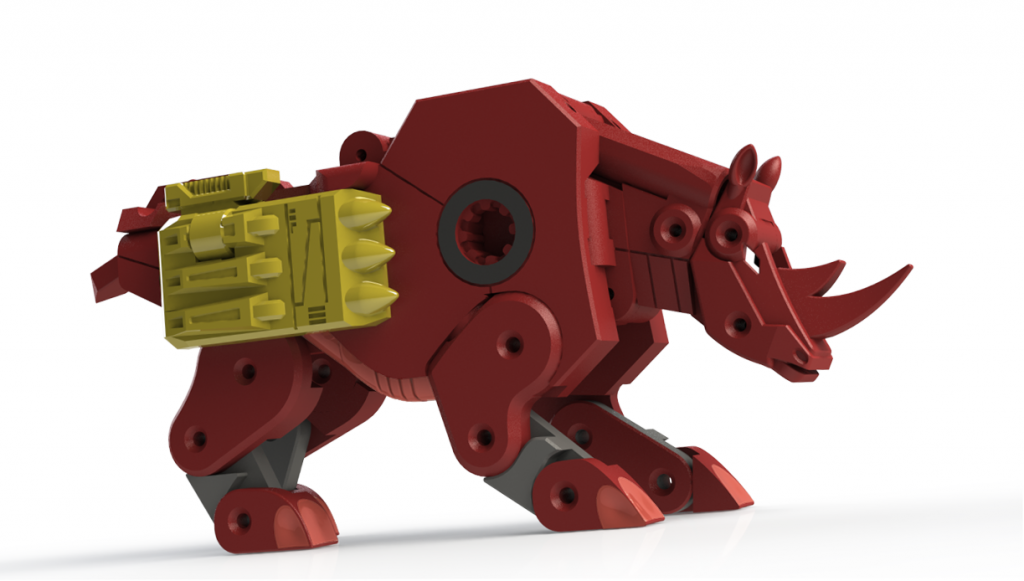 Who is it? Ramhorn

This is not the first time KFC have taken a stab at Ramhorn (nor indeed Steeljaw below). However, whilst their first attempt did work alongside their subsequent Transistor release in tape mode, there was still something a little lacking about it as a full-on Masterpiece-styled interpretation of these characters overall. Well, now they’re having a do-over with a pair of version 2s, and it has to be said that the initial renders are looking really rather good so far! Ramhorn was a particularly memorable character from his season 3 cartoon scenes back in the ’80s, so I’m quite looking forward to this one. 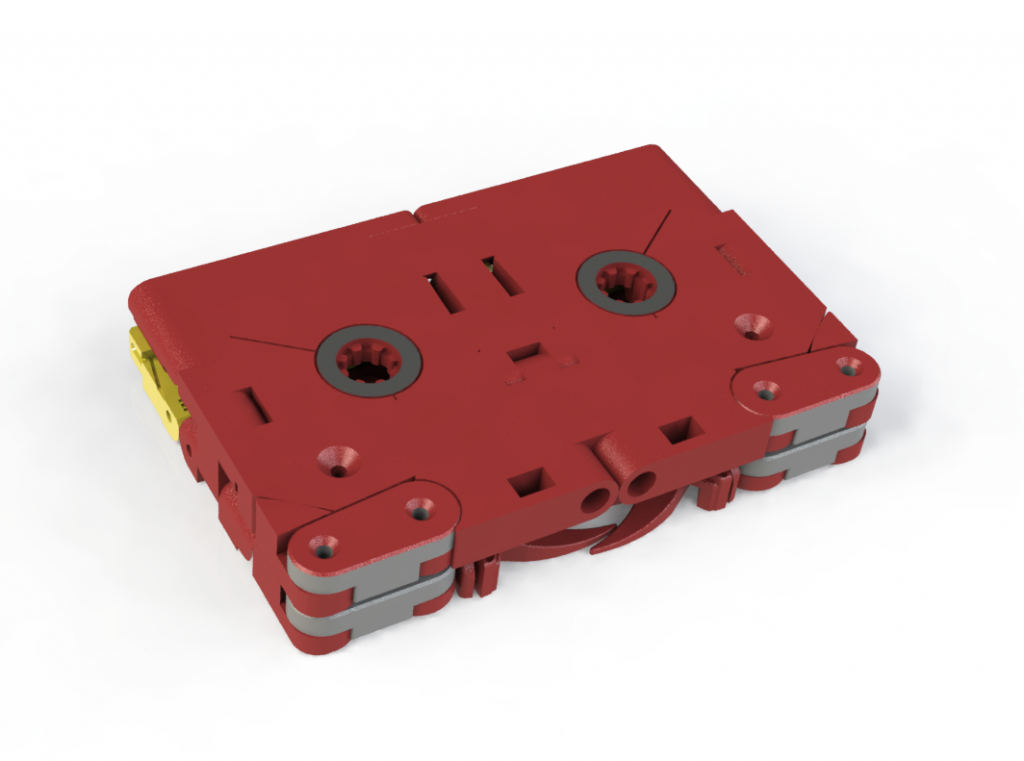 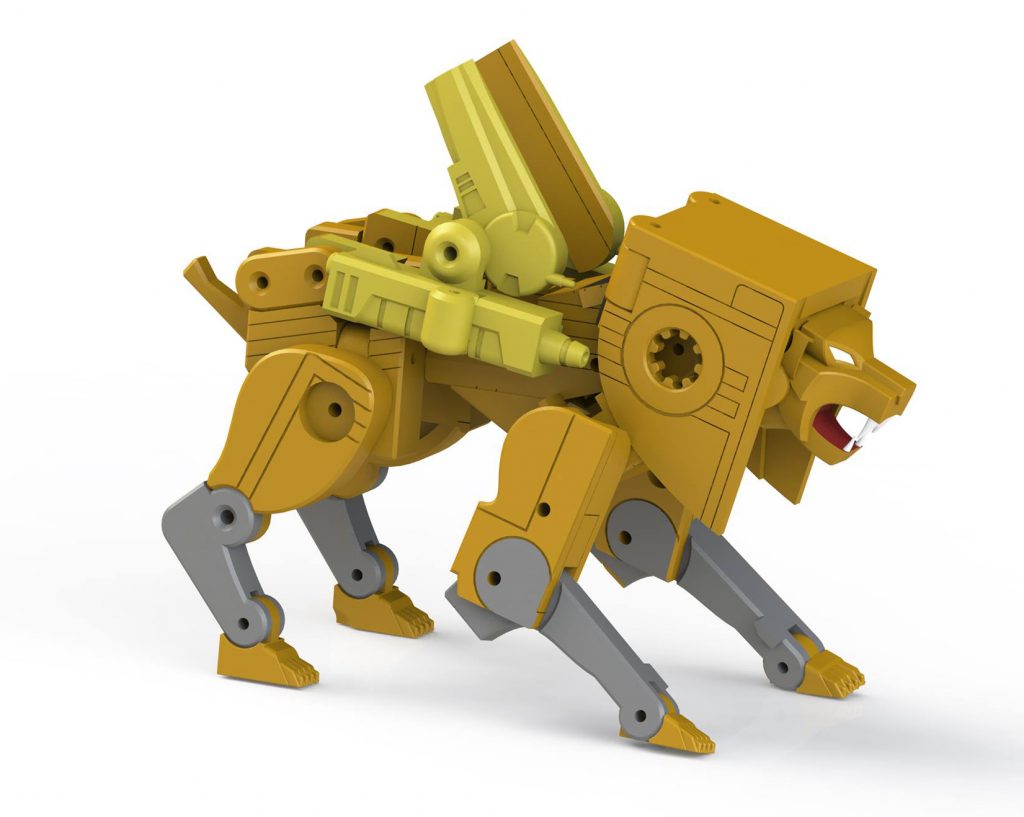 Who is it? Steeljaw

And here’s their new Steeljaw as well, which again seems to be a notable improvement on the original attempt in a lot of ways, not to mention significantly more cartoon-accurate to boot. These two will now have to compete against Ocular Max’s recently-unveiled attempts, so let’s hope that KFC does a good job with them. 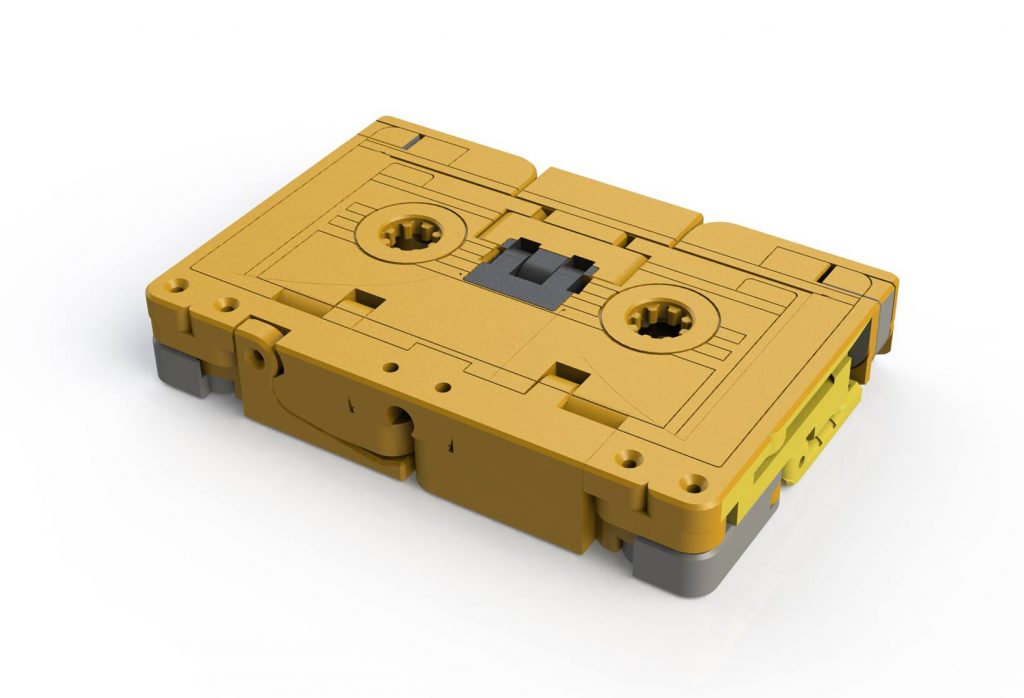 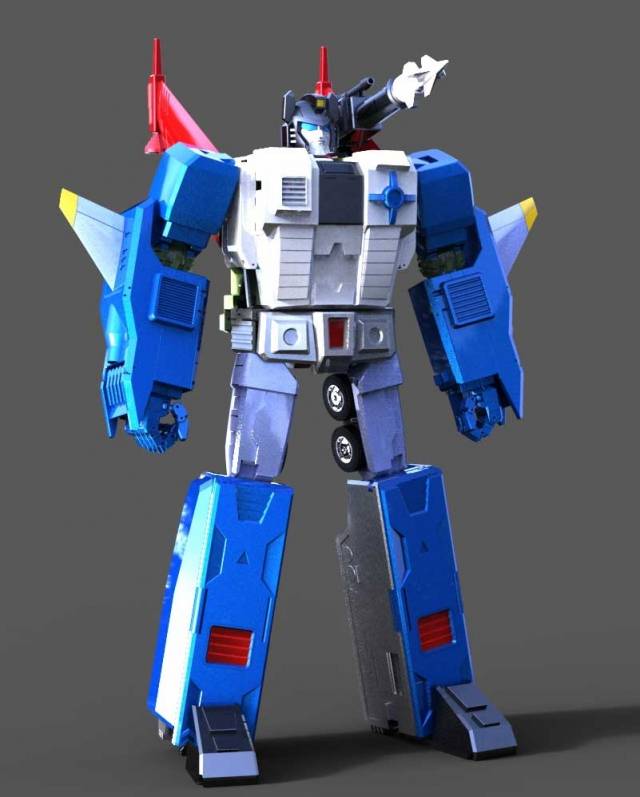 I mentioned in part one about the upcoming God Ginrai attempt from KFC, but of course, you can’t have a recreation of that character without his Godbomber buddy getting involved somehow! And this version looks to be fairly screen-accurate versus the Masterforce cartoon from the little we’ve seen of it so far, with the robot mode capturing the proportions of the character well and the vehicle mode even featuring neat touches like a working trailer door! The main competition here is already Fans Hobby’s more stylised God Armor attempt of course, so I’m intrigued to see just what KFC have up their sleeves by comparison. 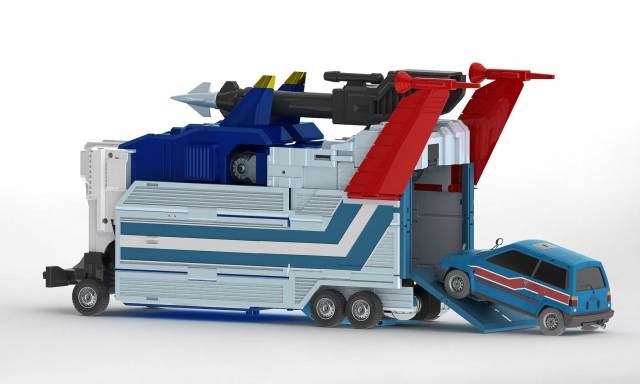 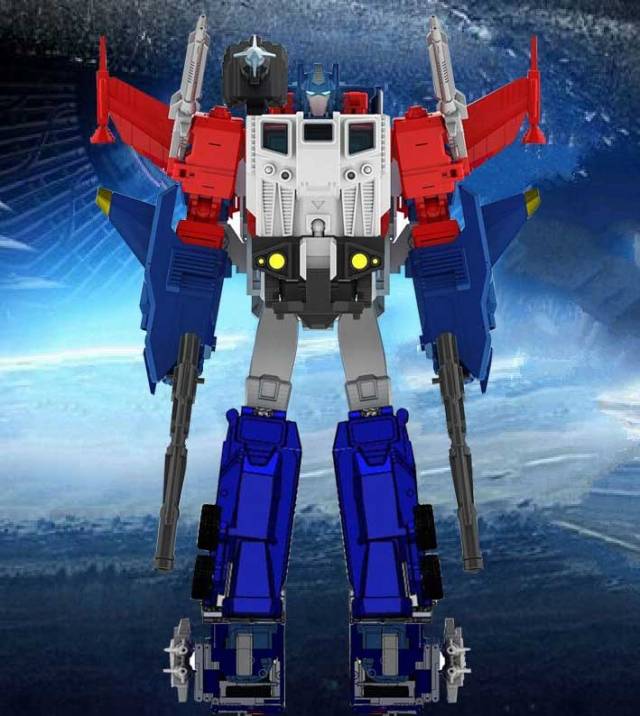 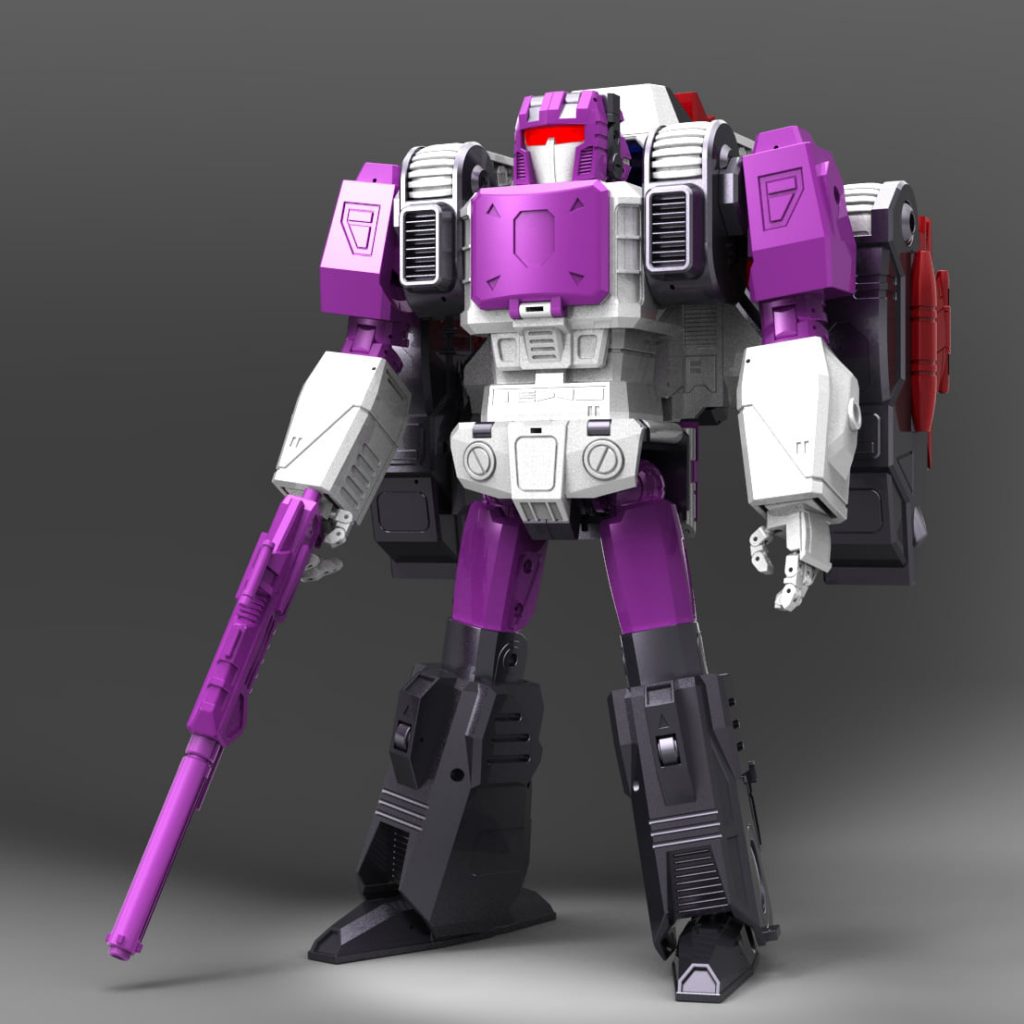 Well, here’s something I definitely did not see coming! Thinking back to the original release of Kingorilla (which I first reviewed in 2017!) and his partner Kingzilla, and you may remember that there was a lot of discussion about the strange colour schemes that KFC had chosen for them at the time. Whilst they were mostly quite screen-accurate on the whole, they had gone a bit leftfield with that last element by casting them both in swirly dark grey (which unfortunately lessened the look of them both a bit too). A lot of people at the time were clamouring for them to be repainted and re-released in white but it never happened… until now! Never say never, I suppose. 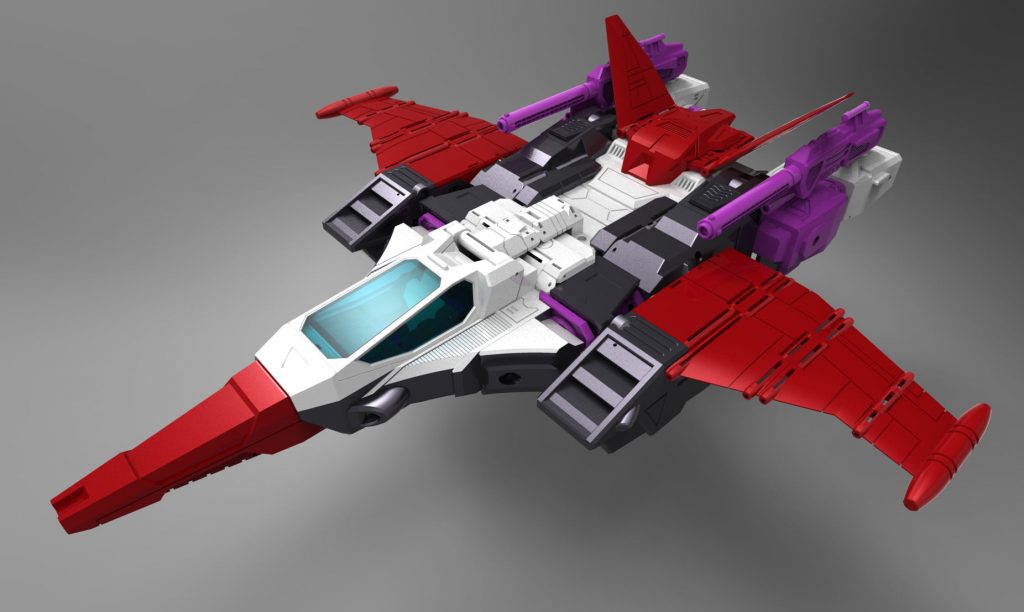 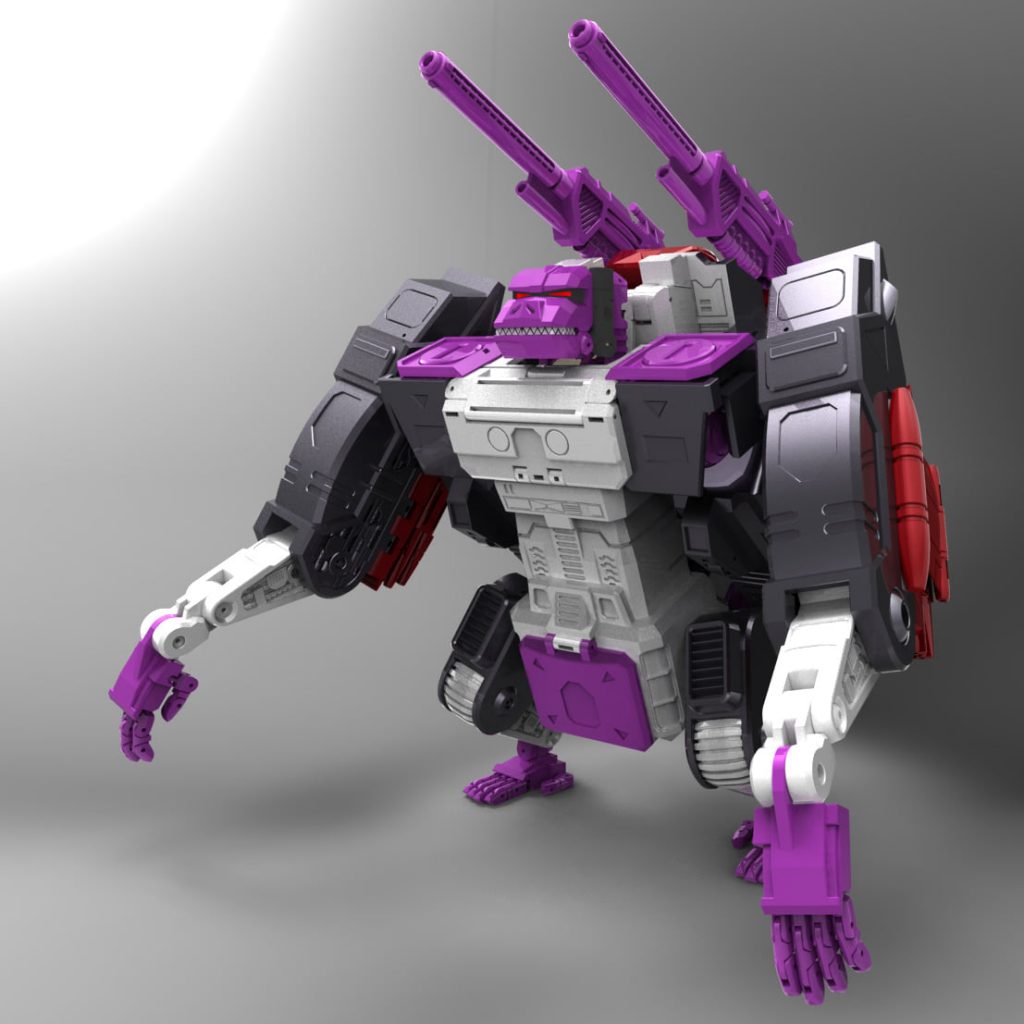 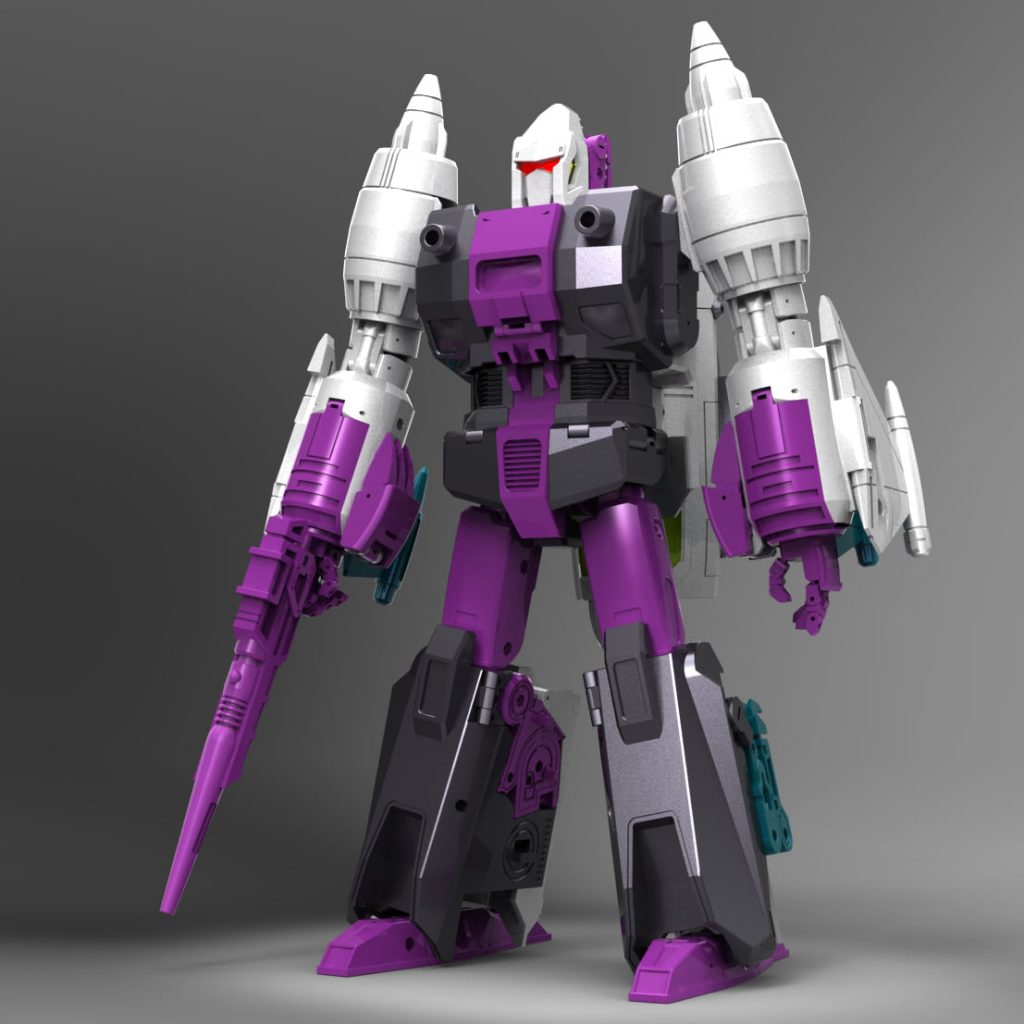 Who is it? Snapdragon

What’s really striking about these two is just how much better they look than the original releases for the lighter colour schemes, with even the purple being way more vibrant than before, and little touches such as the brightly-toned cockpit canopies adding to the charm. Of course, these are just initial renders for now, but it says everything about what a miss the original colour schemes were that I find myself being so excited for these new takes, especially as we’re so close to finally completing a set of 3PMP Decepticon Headmasters with FansToys hopefully releasing their Skullcruncher before too long. Bring it on! 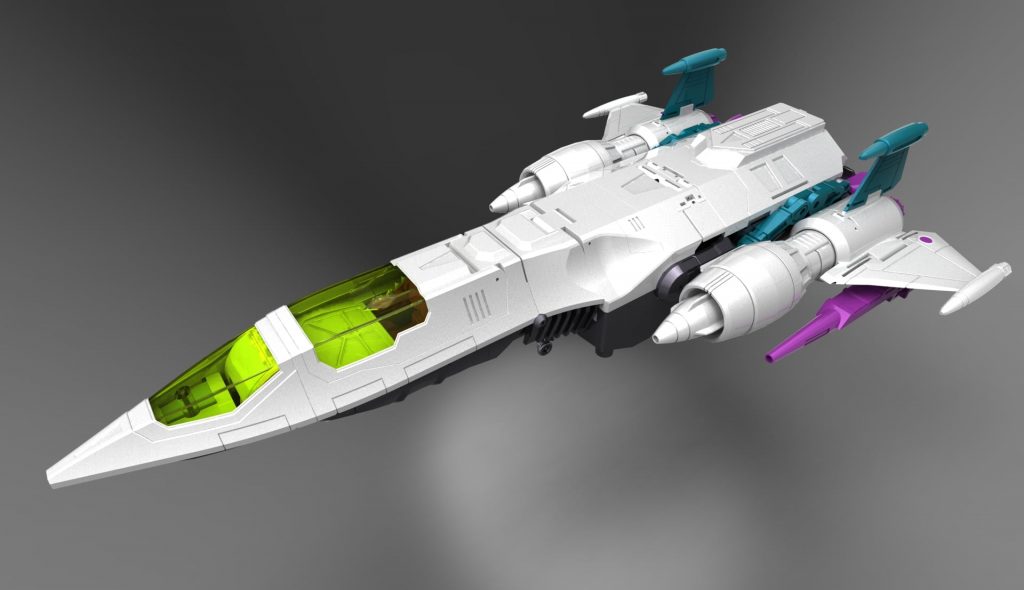 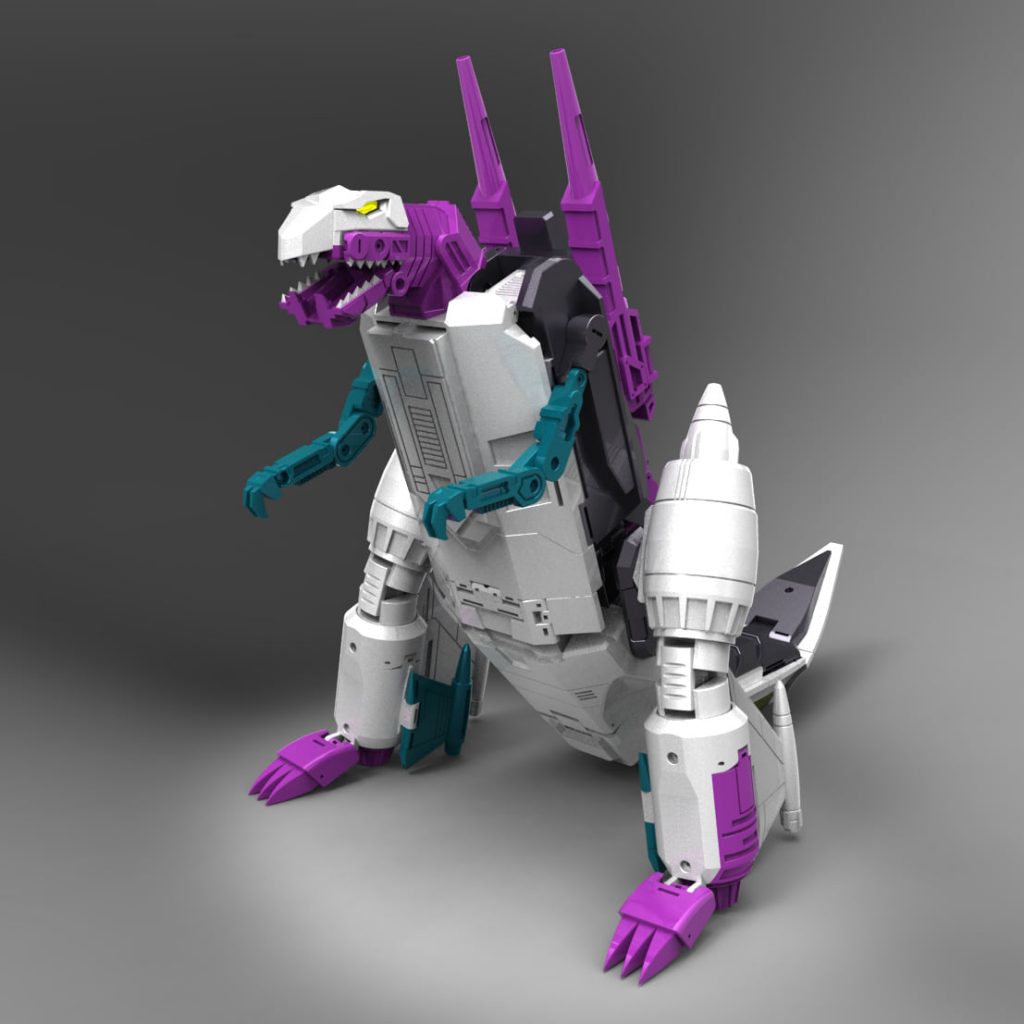 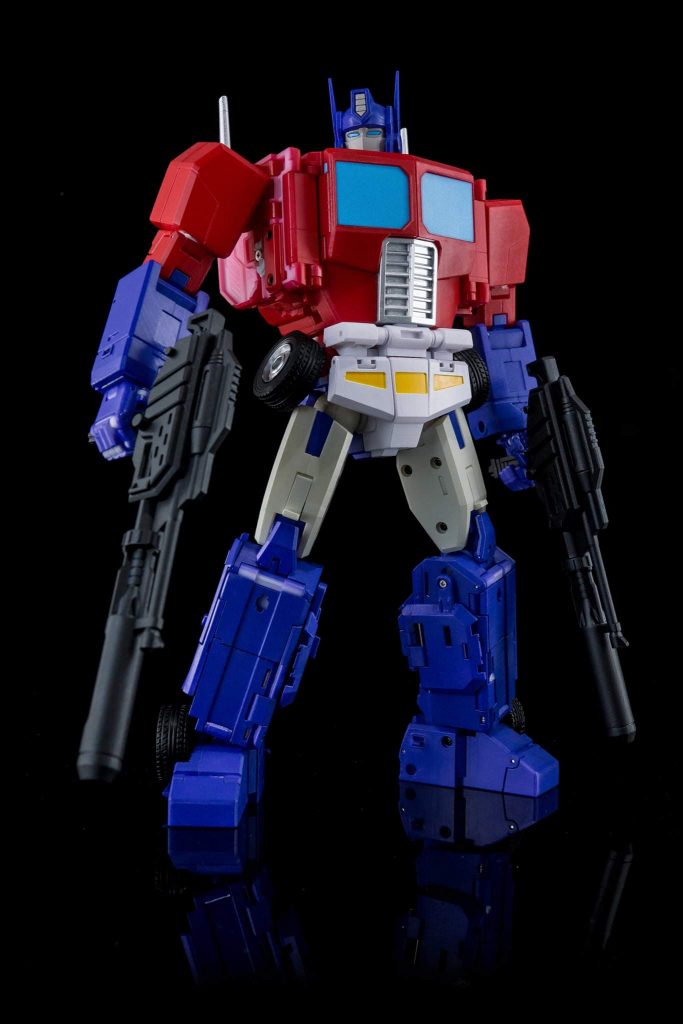 And here we have the final part of the KFC God Ginrai line-up, at least if those current release dates are to be believed! If anything, this is the bit I would have expected to have come first, but whatever the case it looks like it’s shaping up well so far. This looks to be an altogether more animation-accurate take than Fans Hobby’s beefy Power Baser figure, so in that regard, it feels like there’s going to be some interest. I also think the cab mode looks very clean, and it seems like KFC are packing in the play value too, with opening doors and other features already being shown off. Can’t wait to see how this one continues to develop. 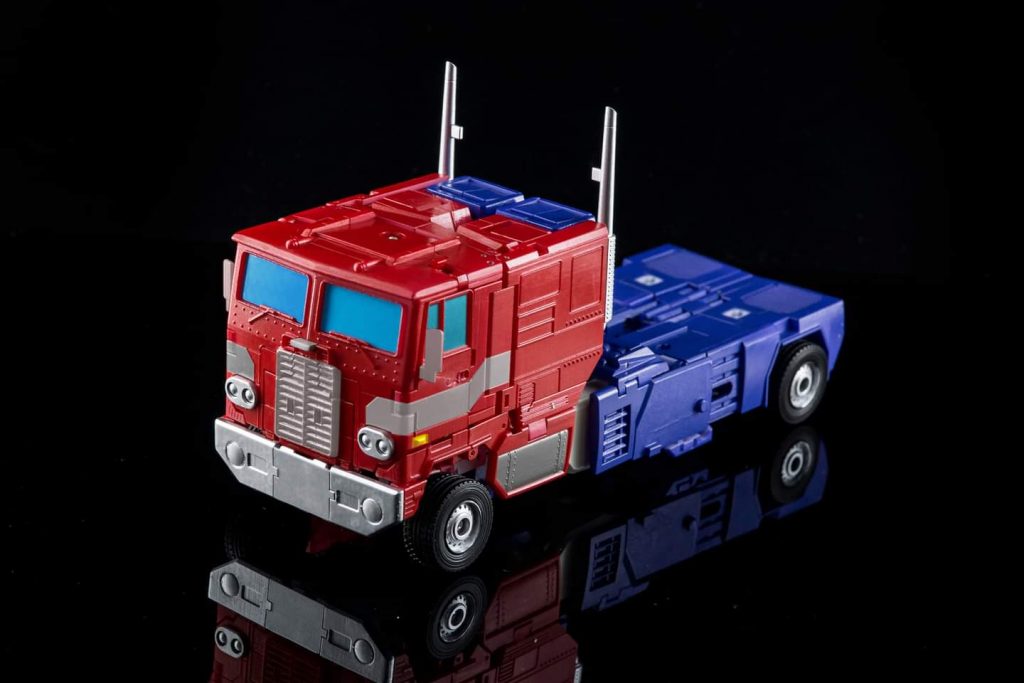 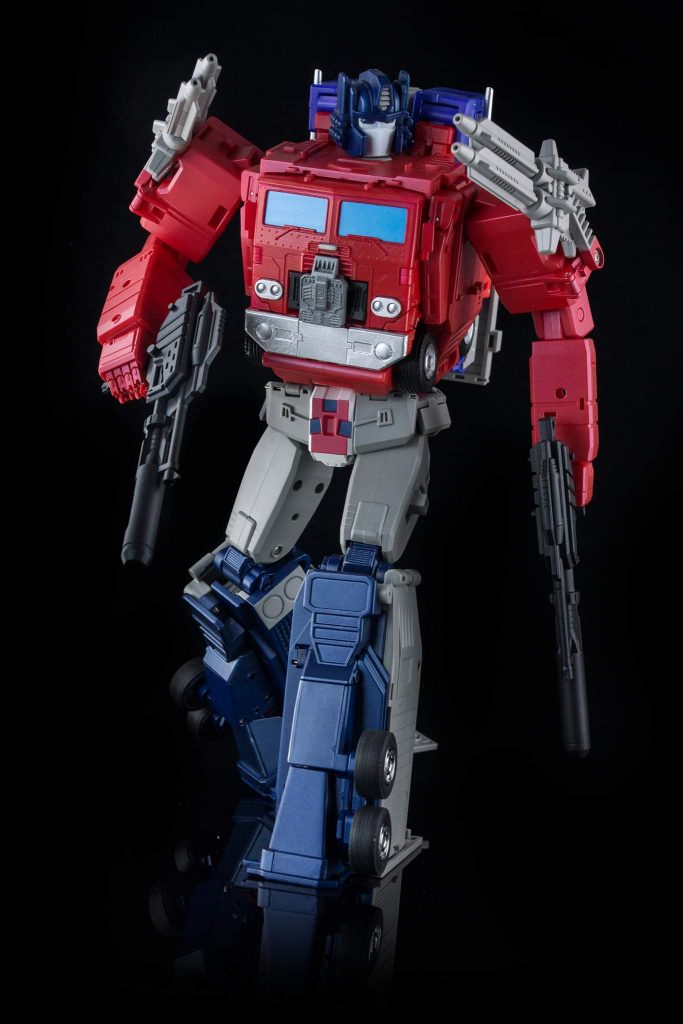 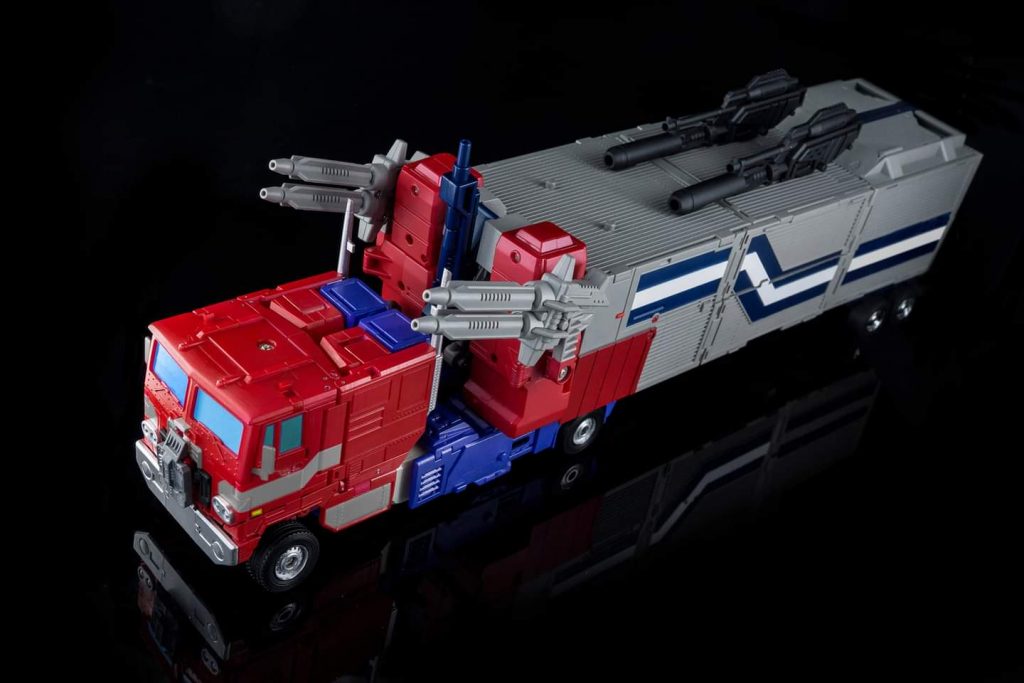 So that’s your lot! Which bits are you most looking forward to?

COUNTDOWN: Everything on the way from Keith’s Fantasy Club (part 2)