COUNTDOWN: Everything on the way from Keith’s Fantasy Club (part 1) 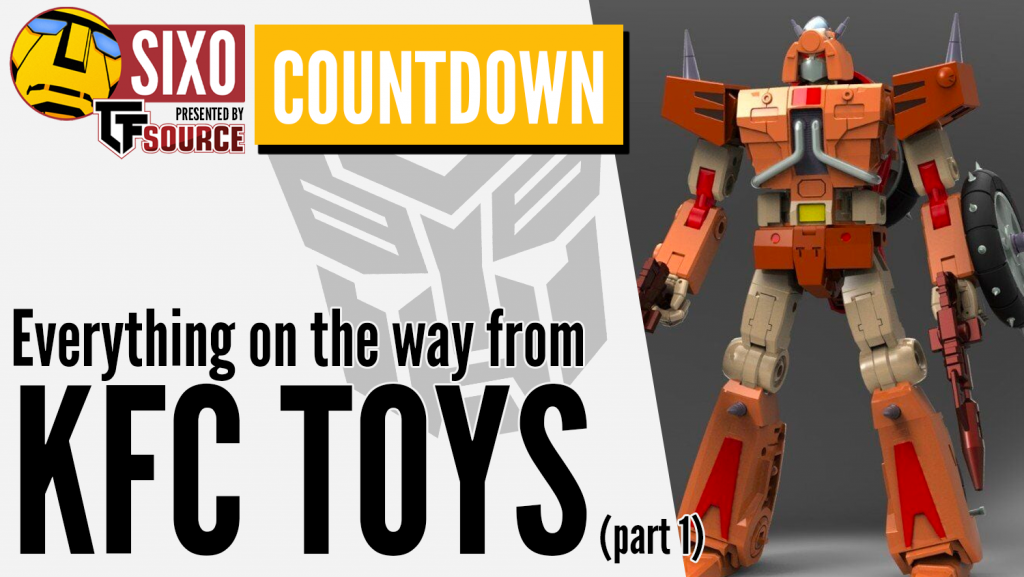 We’ve recently been busy rounding up everything going on with X-Transbots currently, including all of their various pre-order items and wow, it’s a lot of stuff! However, that’s only part of the story, as we all kind of know that behind the scenes, the company has close ties with fellow third party producer, KFC Toys as well. So, get ready for yet more exceptionally niche but undeniably awesome unofficial Masterpiece-styled toys that are available to buy right now, as here’s everything on the way from Keith’s Fantasy Club! 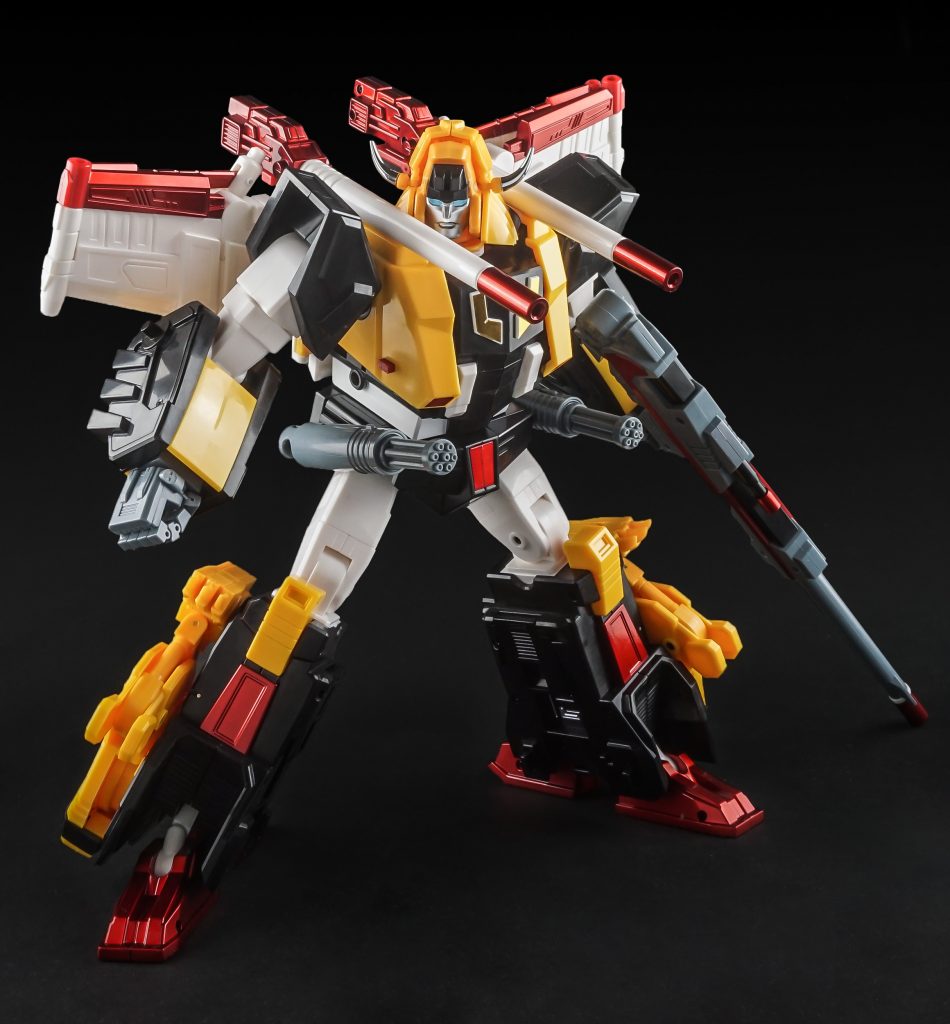 Who is it? Victory Leo

First up from KFC is a re-release of their Simba figure, which is a Masterpiece-styled take on Victory Leo. Leo has of course been put firmly back in the spotlight recently with the crowdfunded Haslab Victory Saber figure having just been given the go-ahead, but for MP fans this unofficial toy remains a real standout. The original release is really good as is but now they’re reissuing it with shiny metallic red paint for a little something extra, along with an actual signature from the toy’s designer stamped on the feet. This one is limited to only 499 pieces but it could be a great chance to pick up Simba if you missed out first time, especially as the combined mode with MP-24 Star Saber remains a truly impressive thing to behold. 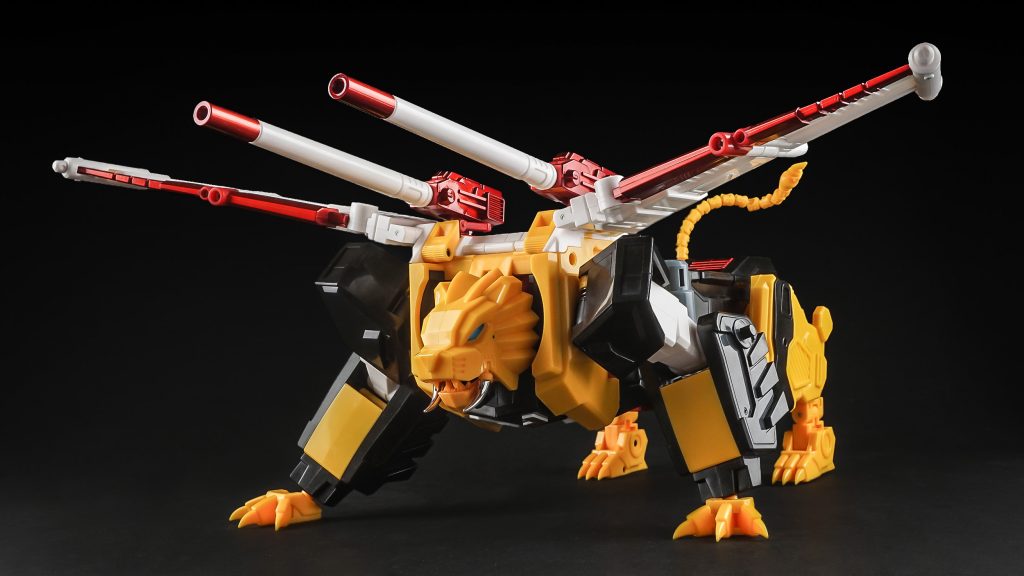 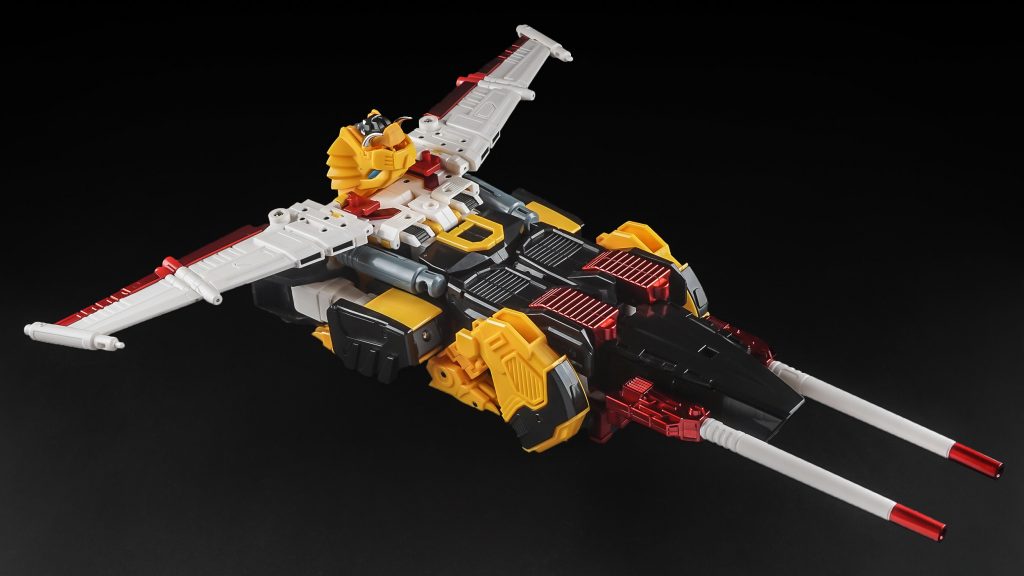 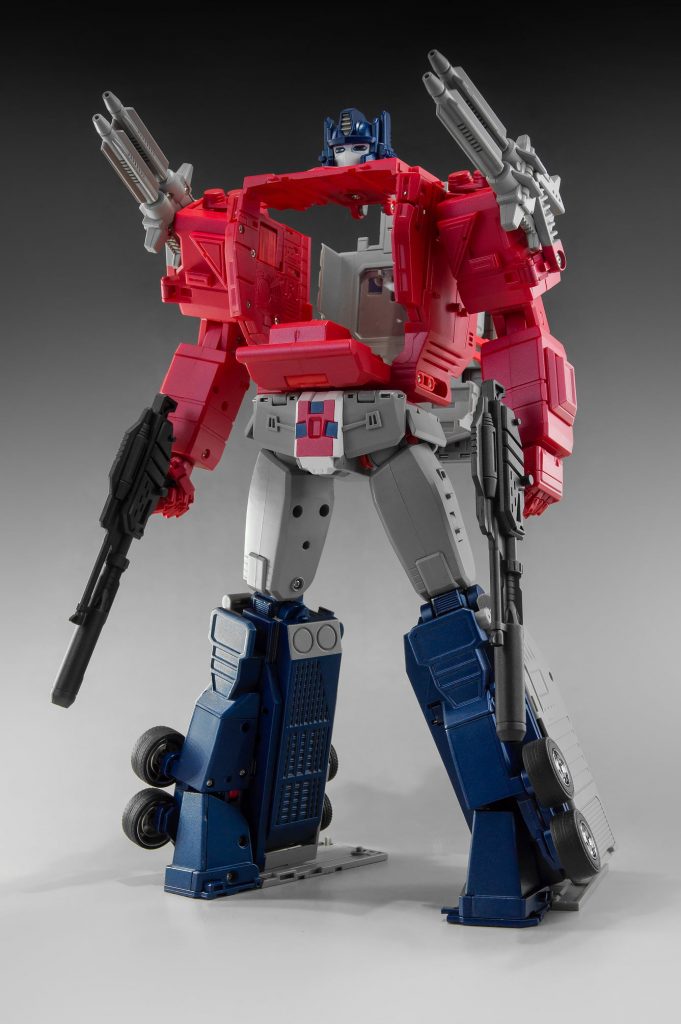 Who is it? God Ginrai (trailer section)

Next on the release roster is Grand Raijin… or at least part of him! This toy represents God Ginrai from Masterforce, although Western fans may prefer to think of this as Powermaster Optimus Prime (even though they’re really different characters!). Funnily enough, Ginrai was later turned into Victory Leo in the Japanese continuity, so technically this is two toys from KFC representing the same guy, but I digress. Anyway, it looks to be a pretty mighty take on the Ginrai design, and will be split into three releases overall, with the trailer section here being sold separately to the cab, meaning that although this is exciting, it’s not all that much use without that bit as well! I love the look of the base mode though and I’m giving major props to KFC for fashioning an opening trailer section that can seemingly store away an MP carbot. 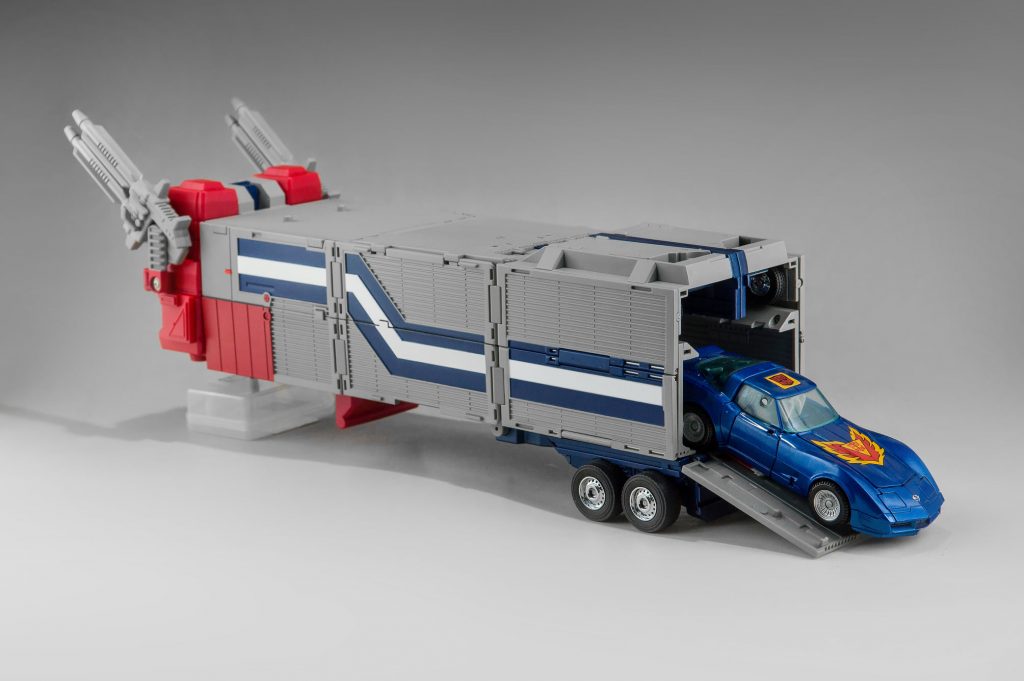 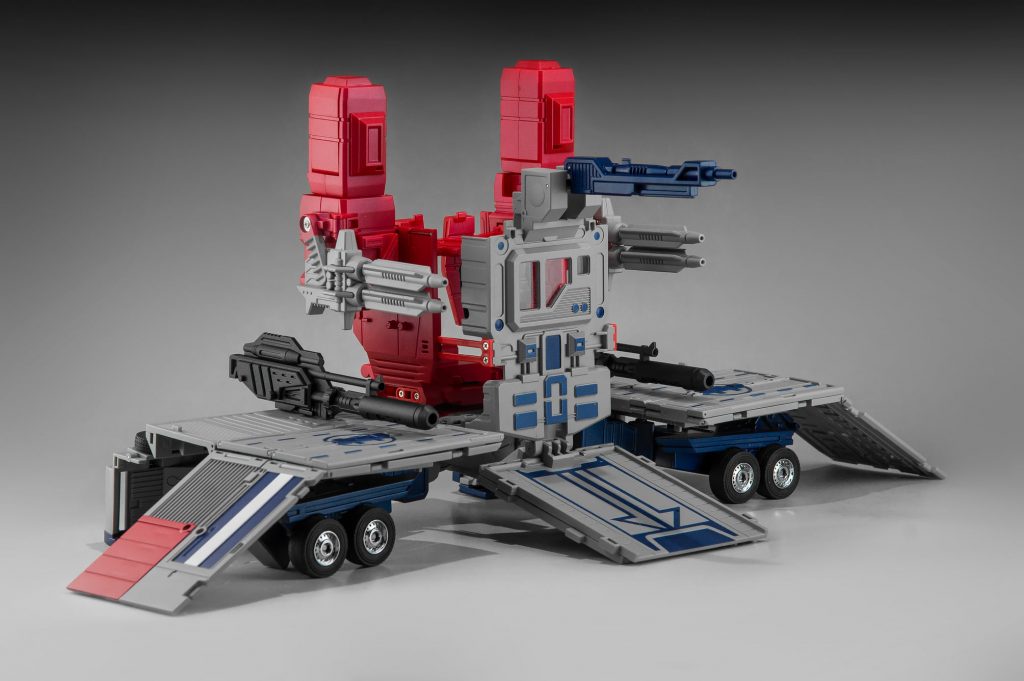 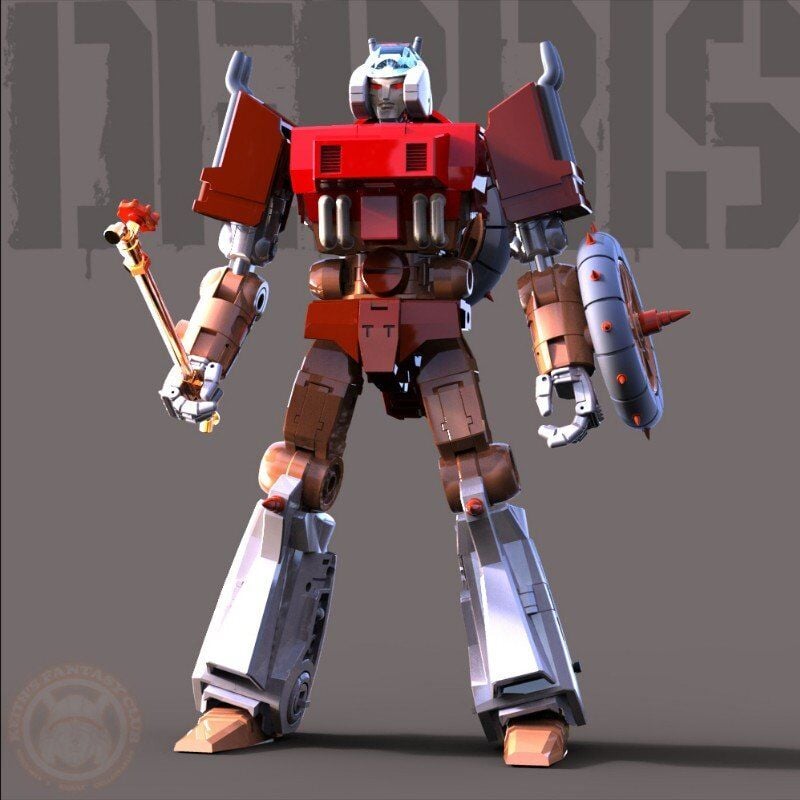 Who is it? Junkion Trashbin

Onto yet more KFC Junkions! We’ve already had six of these chaps before (including Crash Hog, which is their take on Wreck Gar) but it seems like KFC are betting that collectors can’t get enough of them as there are about to be a lot more! And you may be thinking that they’re just making up these designs by this point but no, they do all have some basis in fiction, in yet further proof that the people behind the curtain are paying attention to the most extremely-niche aspects of Transformers history. First up is Debris, a take on the Junkion known as Trashbin, who is very briefly glimpsed attacking Arcee during the fight with the Autobots in the 1986 movie. 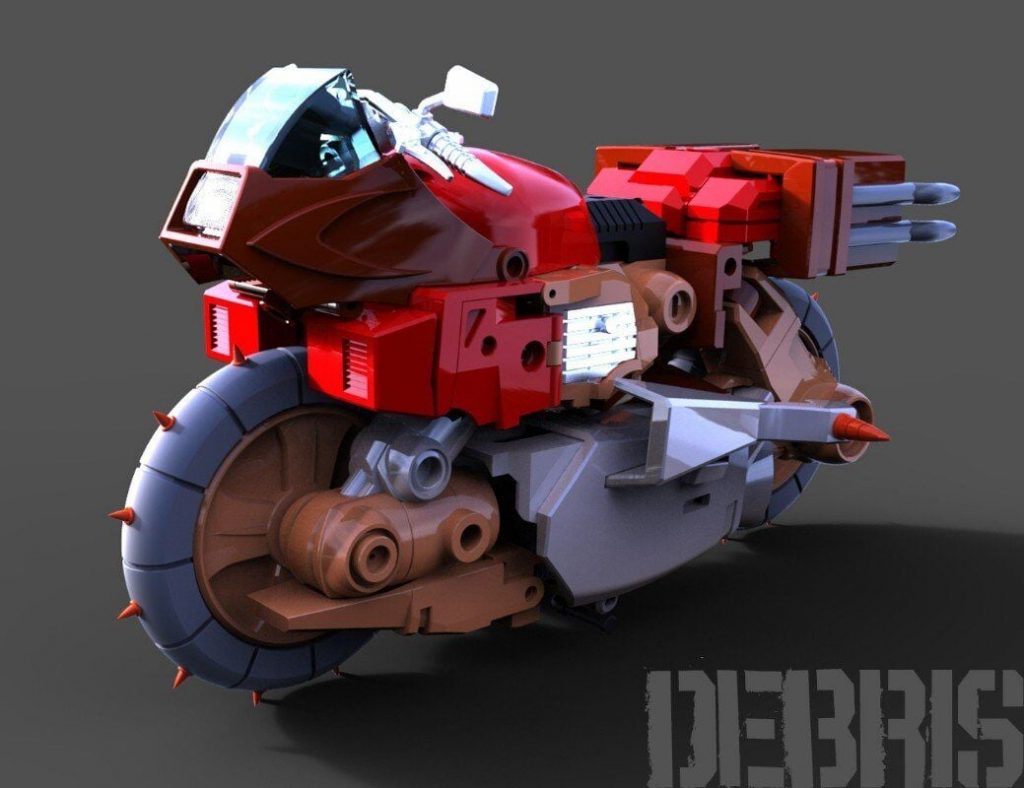 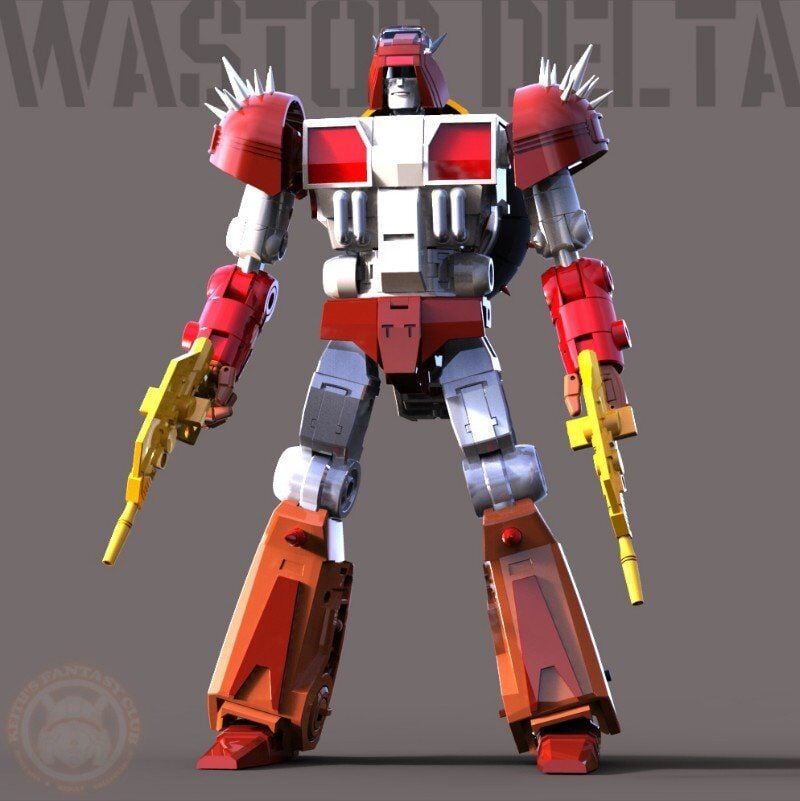 Next we have the oddly-named Wasteoid Gamma, represented by Wastor Delta here. Again, this guy has some precedent in Transformers history and can be glimpsed in the background of the 1986 Transformers movie, although you’d have to squint pretty closely to see him! 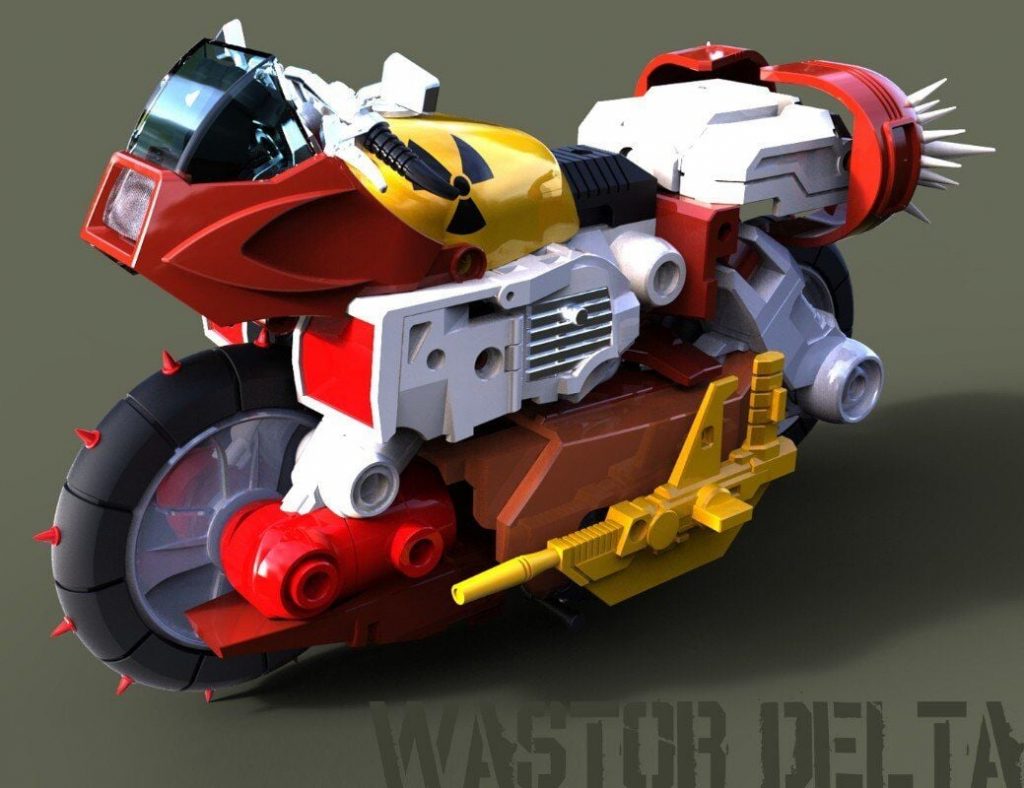 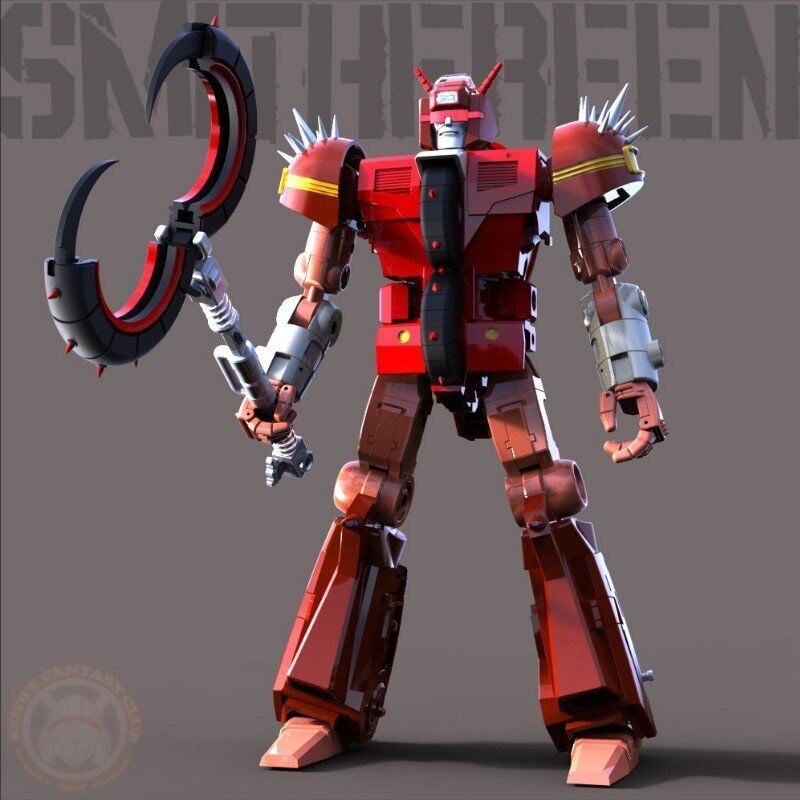 Who is it? Junkion Ashtray

Next we have Smithereen, representing one of the best-named characters in Transformers history. Yep, it’s Ashtray. This lad could be seen in the background of the Junkion ship during the fight with Unicron in the 1986 movie, although it’s fair to say that KFC has given him a bit more of an in-depth makeover here, complete with a very imposing-looking pincer weapon! 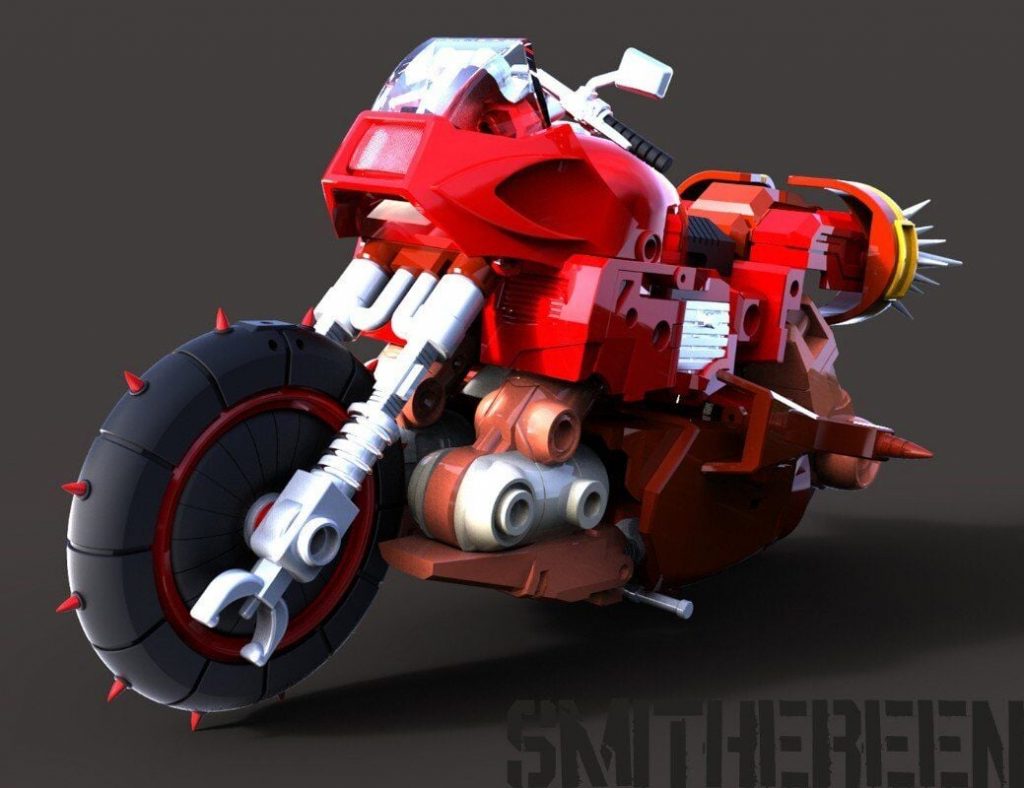 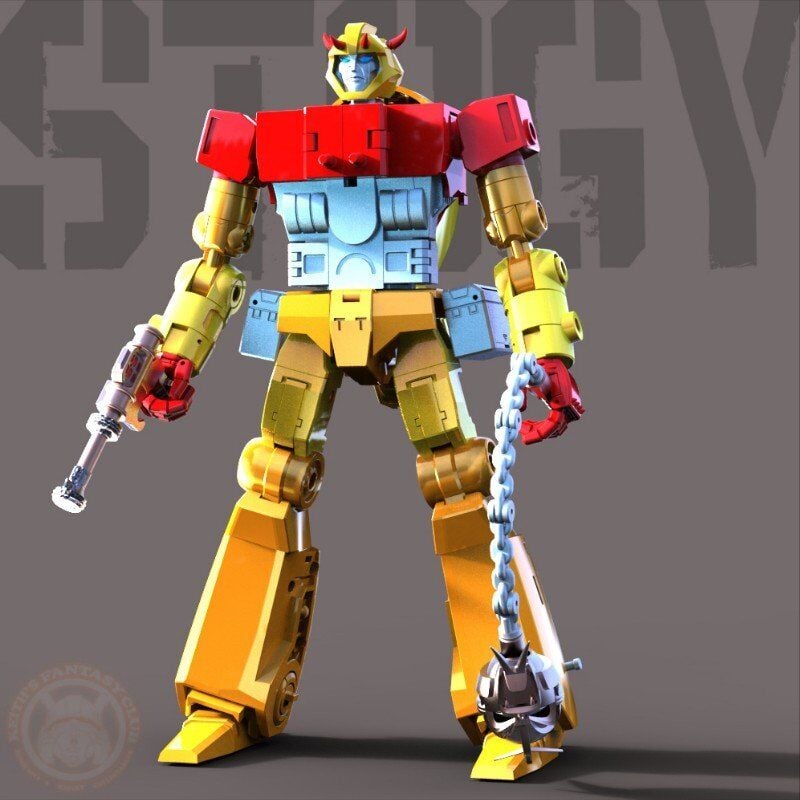 Who is it? Junkion second-in-command

Stogy stands out a bit amongst the new KFC Junkions as he doesn’t actually represent a character from the 1986 film at all! However, he’s still not made up, but instead is a clear homage to an unnamed Junkion commander from the Marvel UK G1 comic adventure, Space Pirates! I am forever saying that I wish there would be more comic homages in the MP line or third party offshoots, so this makes Stogy a rather curious must-have in my book! 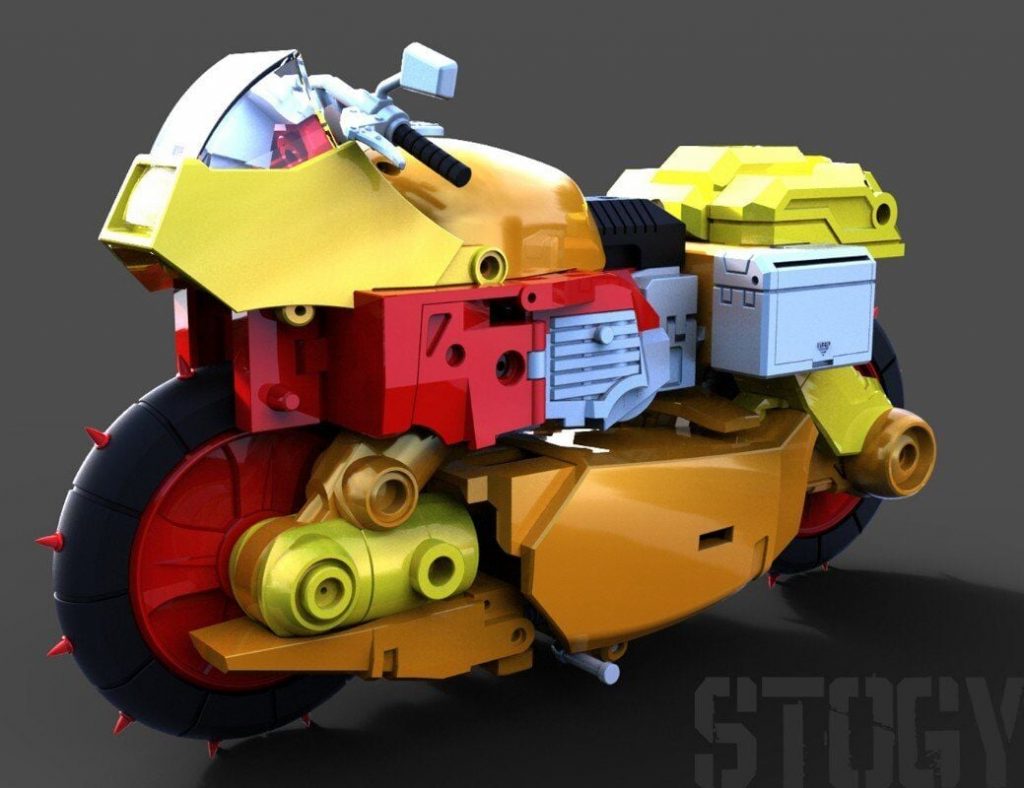 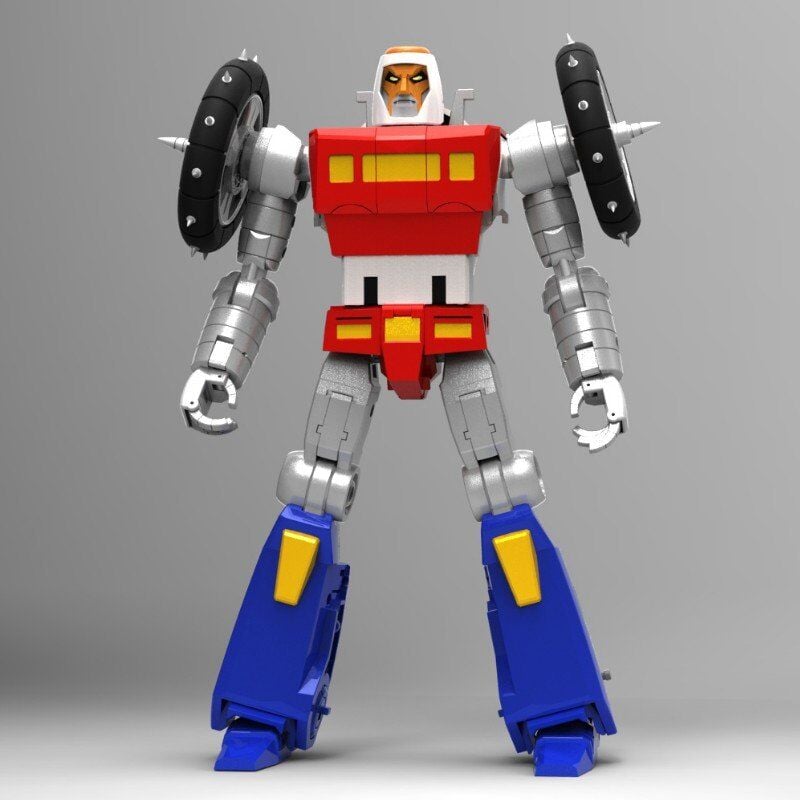 Who is it? Go-Bots Cy-Kill

Never missing an opportunity to mix things up, KFC has gone a bit leftfield with this next release and brought to life a giant transforming robot… that isn’t a Transformer! Yep, Toecutter represents Cy-Kill, who many will know was the leader of bad guys, the Renegades, from the classic 1980s series, Go-Bots, a rival of Transformers at the time. Needless to say, this is a bit of an unexpected move from KFC but still a lot of fun and a seemingly fairly faithful (albeit somewhat stylised) take on the character to boot. Some Transformers fans don’t like Go-Bots much, but I can’t help but be intrigued by this one. 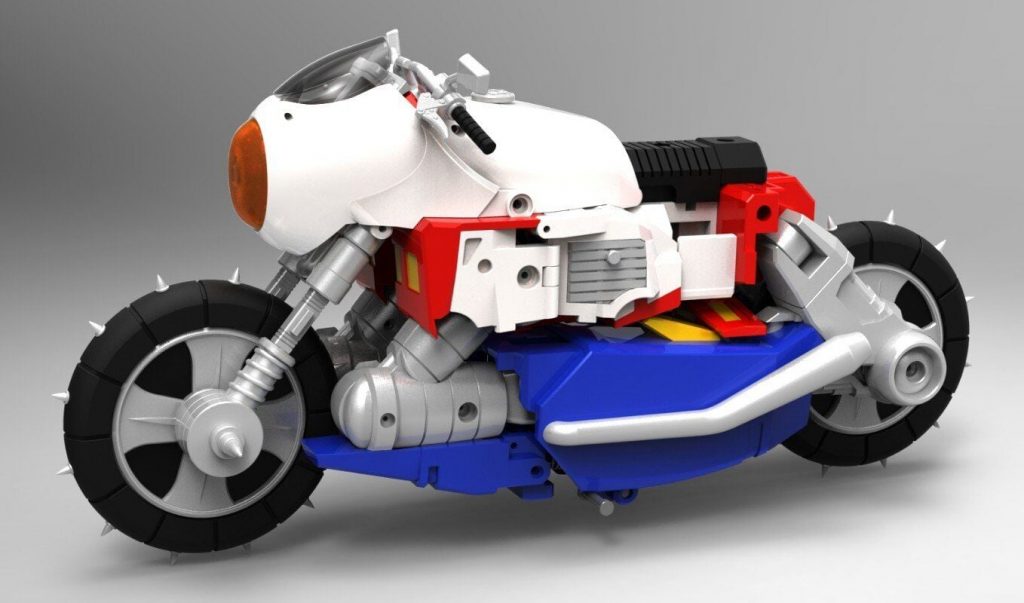 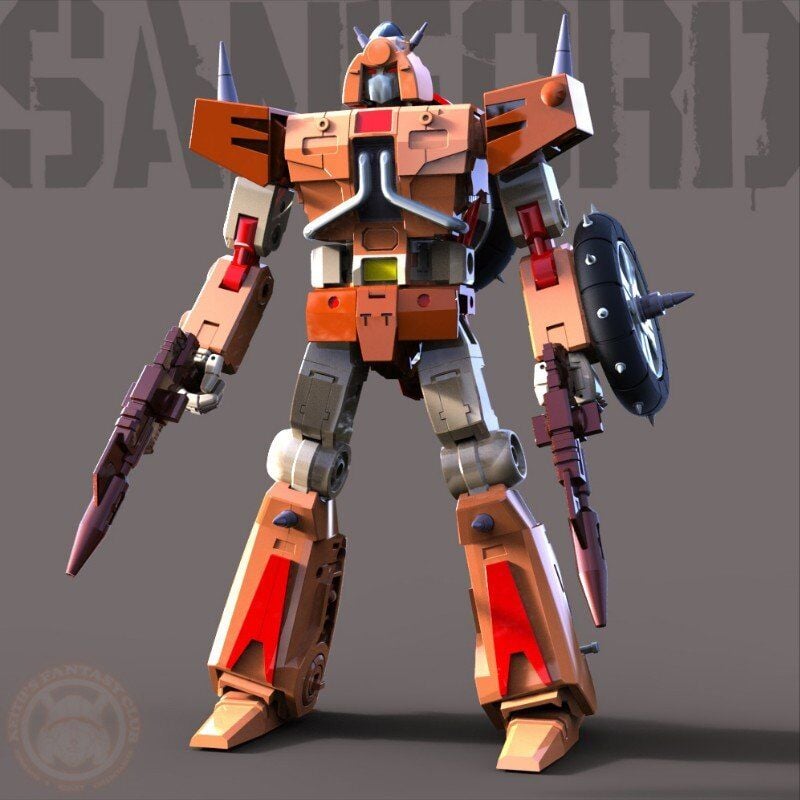 And the final new KFC Junkion is Sanford, who represents the distinctive-looking character known as Greasestain, another blink-and-you-miss-him background lad from the 1986 movie. In this case, the original design has somewhat chunkier proportions than what you see here, but given that KFC is working from an already established base mould, it’s amazing how faithfully delivered this is as a homage to such a no-name. In fact, none of the Junkions was even named in fiction at all, with their identities only being confirmed from the notes of the character designer. 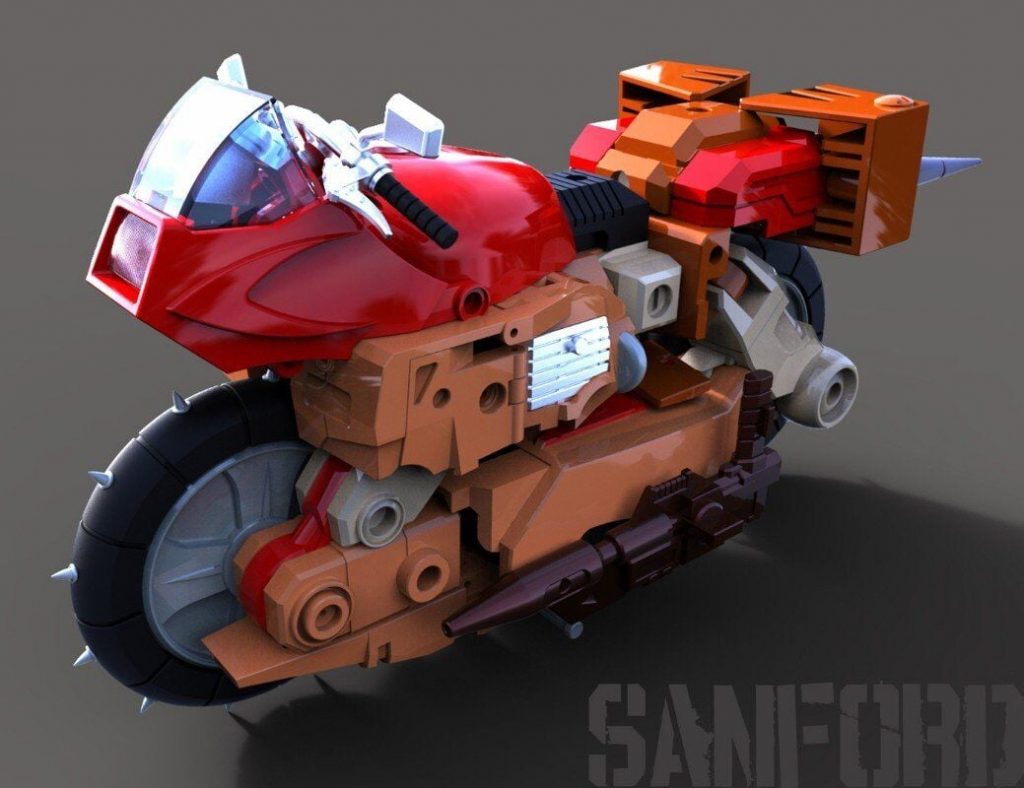 So that’s part 1! Be sure to check back for the second part soon as we go beyond March 2022.

COUNTDOWN: Everything on the way from Keith’s Fantasy Club (part 1)