COUNTDOWN: Everything on the way from X-Transbots (part 4) 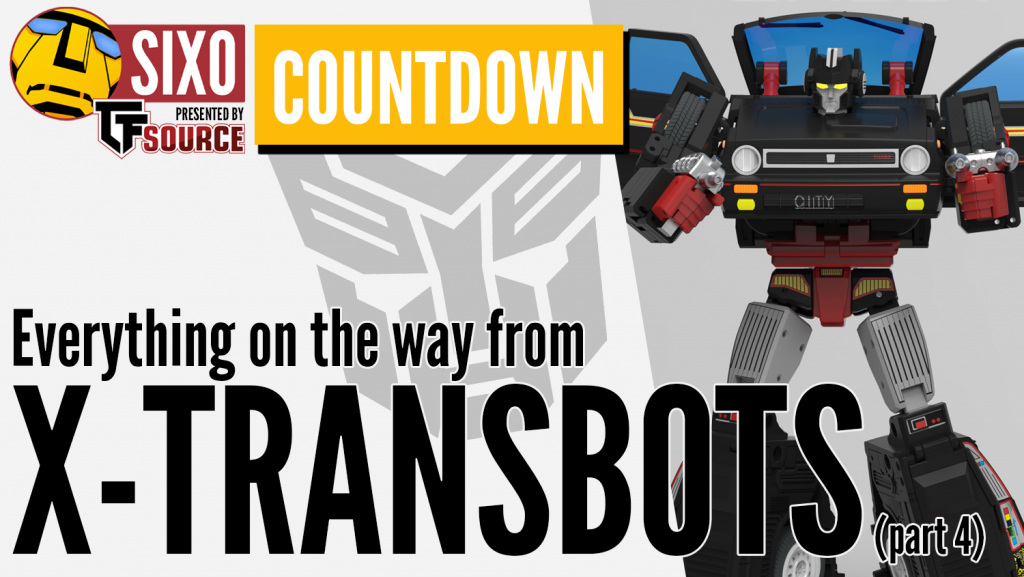 So just last week I did a series of articles rounding up everything that X-Transbots currently has up for pre-order. It totalled a whopping 47 items!

I did mention at the time how likely it was we saw something else being unveiled before too long the way that they’re going and so it’s come to pass, as barely a week went by without six new toys revealed to be on the way next year! So, we’re back for an unexpected (but also sort of expected) fourth part to this series, as we’re assessing what the company has in store for this time next year.

Be sure to check out part 1, part 2 and part 3 if you missed them as well! 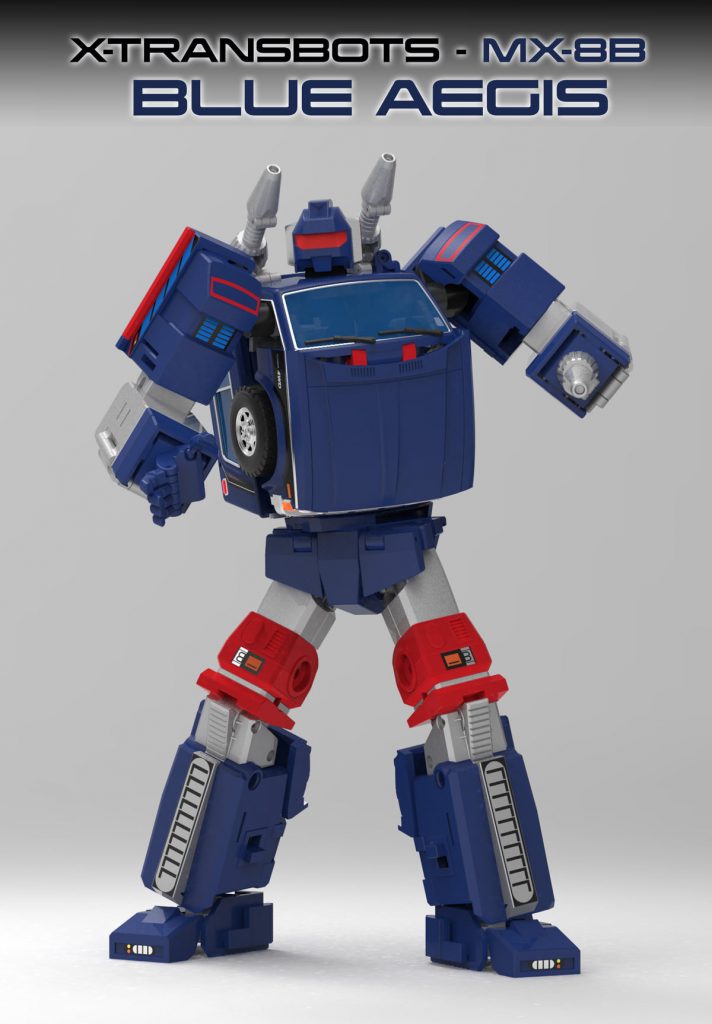 Putting their Aegis mould to good use, X-Transbots have two new versions of Trailbreaker on the way here, both in pre-Transformers alternate colour schemes. The blue version is probably the more interesting of the two in that it’s never been done in Masterpiece-form before and it was sort of the inspiration for Shattered Glass Trailbreaker’s colour scheme. It’s still never really been a major part of Transformers besides that though, and this looks to be a major tick for anyone wanting to assemble an MP Diaclone line-up. 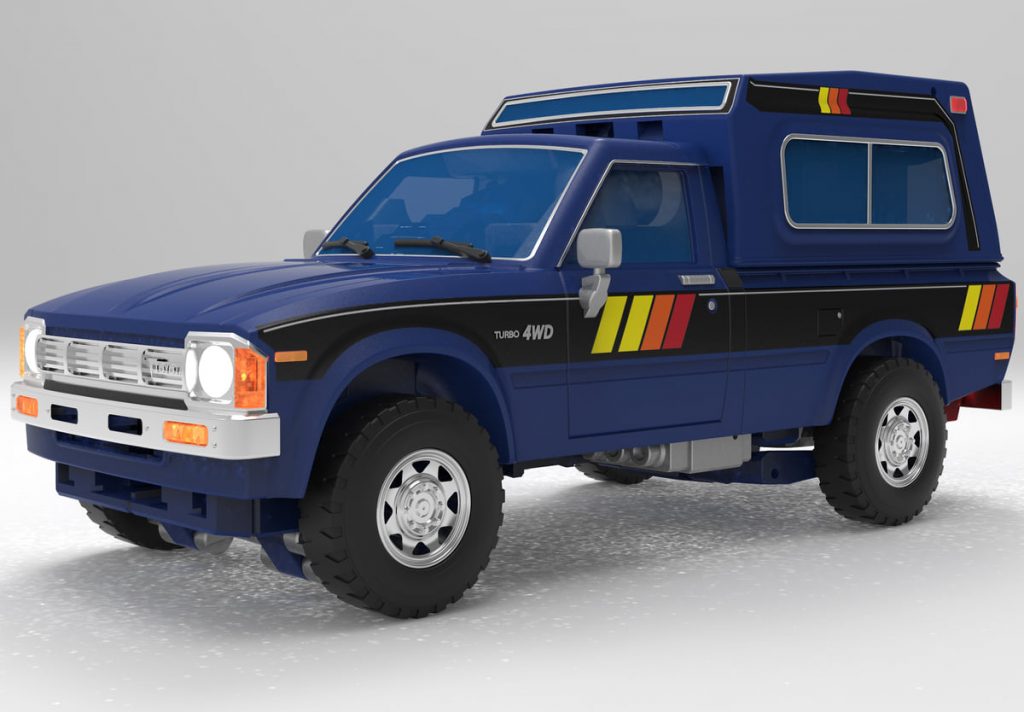 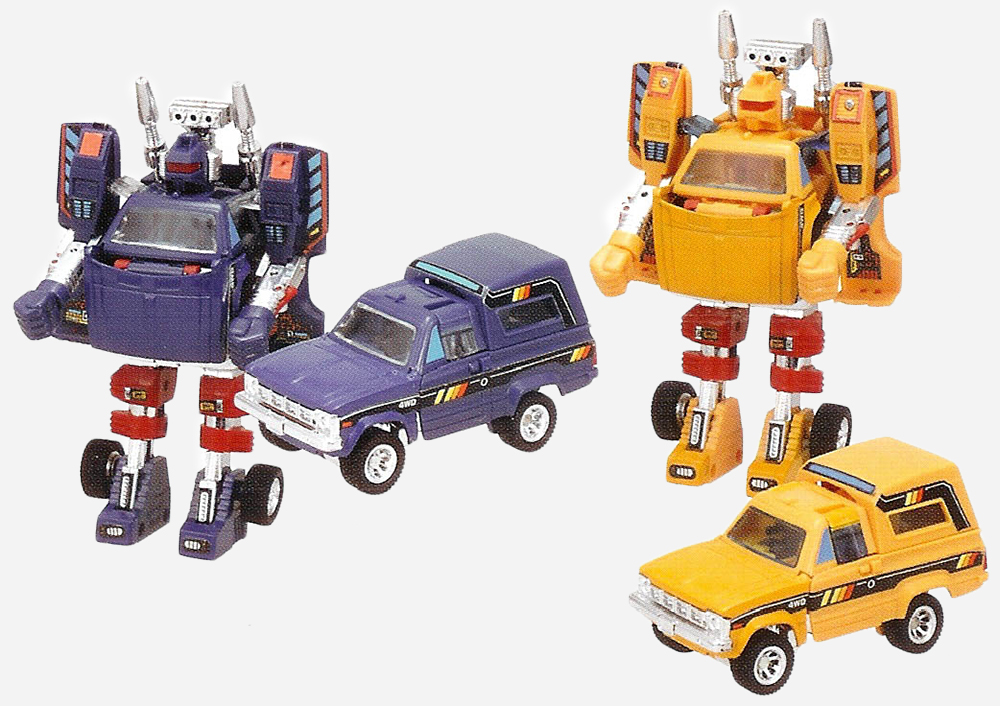 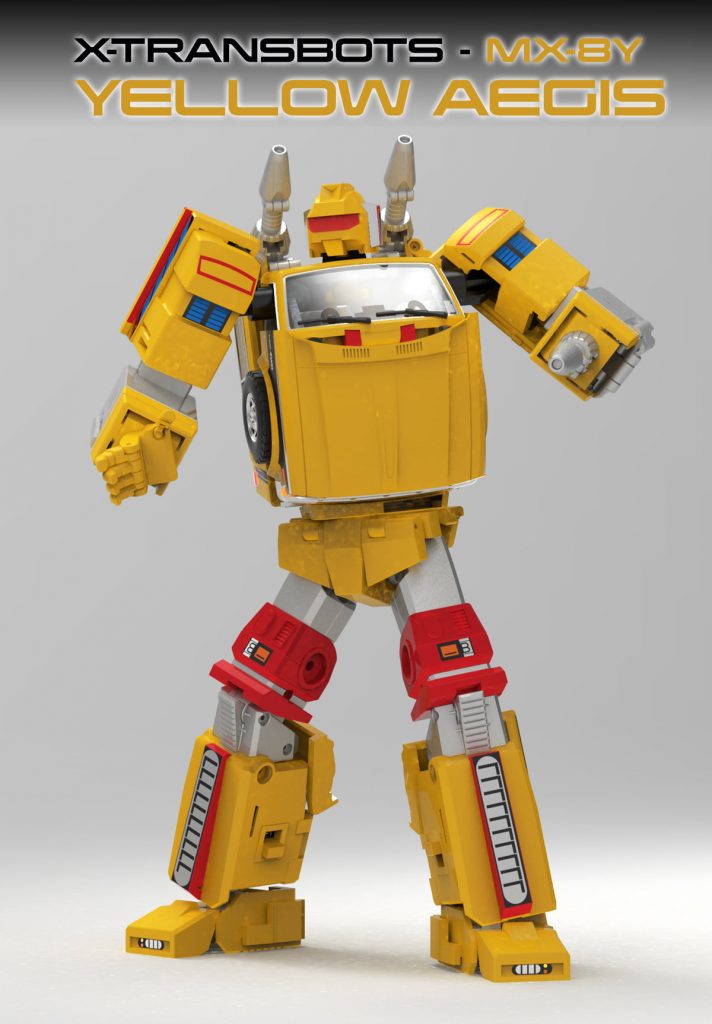 Who is it? Diaclone No. 5 4WD Hi-luxe yellow version / yellow Trailbreaker

The second of the two new Aegis releases, although in this case there has been a previous attempt at the colour scheme, with Ocular Max’s Terraegis Rally giving it a livery-laden off-road makeover. Still, so-called purists may opt for this more traditional take instead, but either way, there’s a lot to appreciate with this release which, again, is a definite plus in the move towards more Diaclone-inspired toys. There’s no word yet on whether these two will come with the cartoony face of the regular Aegis release, but they’re rocking the toy noggin all the same. 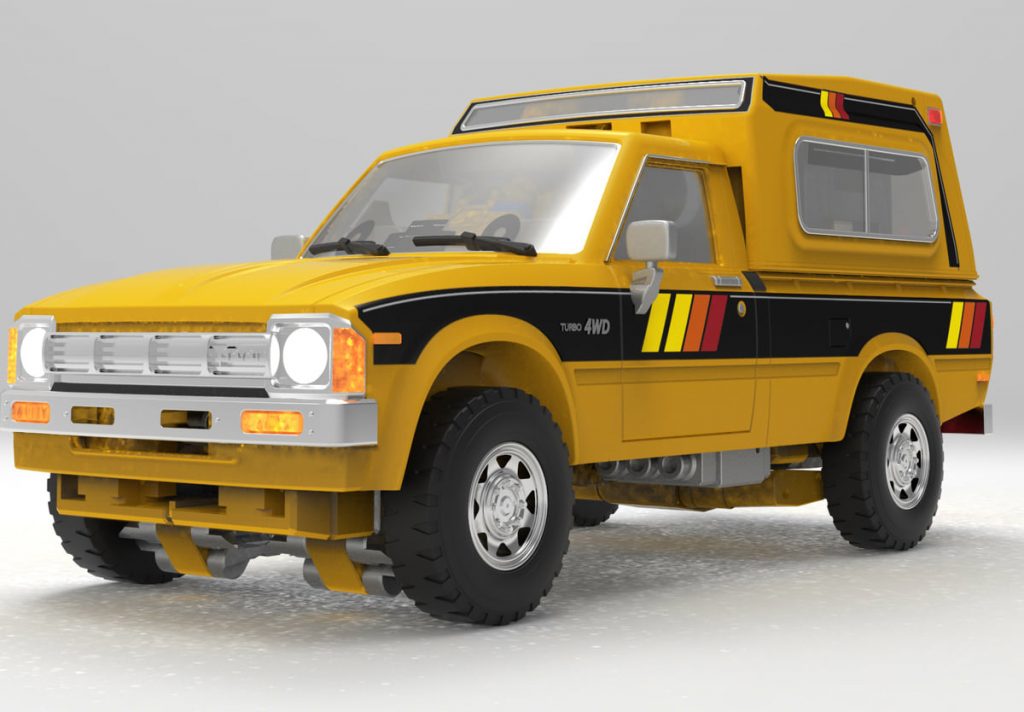 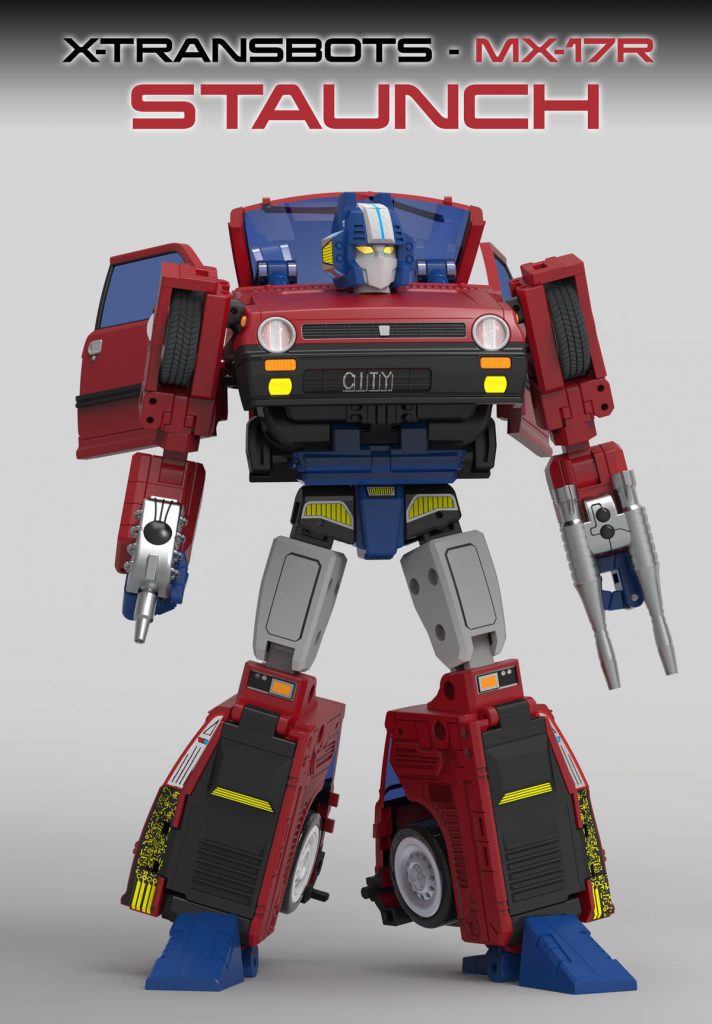 Who is it? Diaclone No. 6 Honda City R red version / Reboost

OK, this one is a bit of a ballsy move from XTB, as this use of their Savant mould to bring to life the red version of the Diaclone Honda City R figure is in direct competition to the upcoming Masterpiece Reboost, itself a retool of MP Skids. They’re both realising that same original design although TakaraTomy’s will be ahead of this, so it’ll be very interesting to compare them in hand once XTB gets round to it. 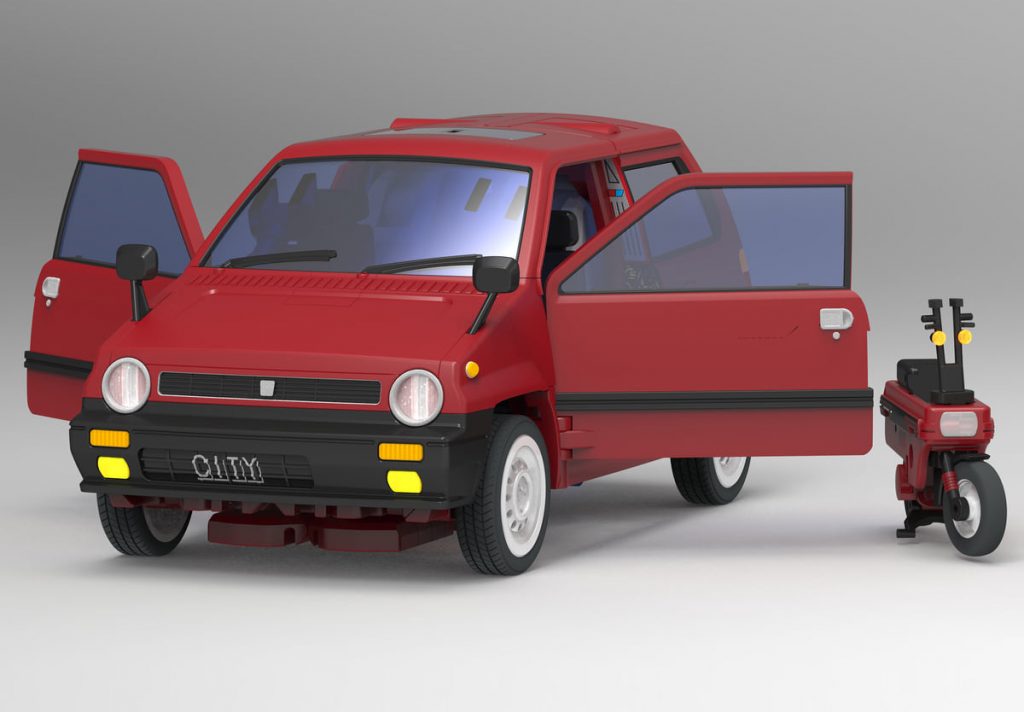 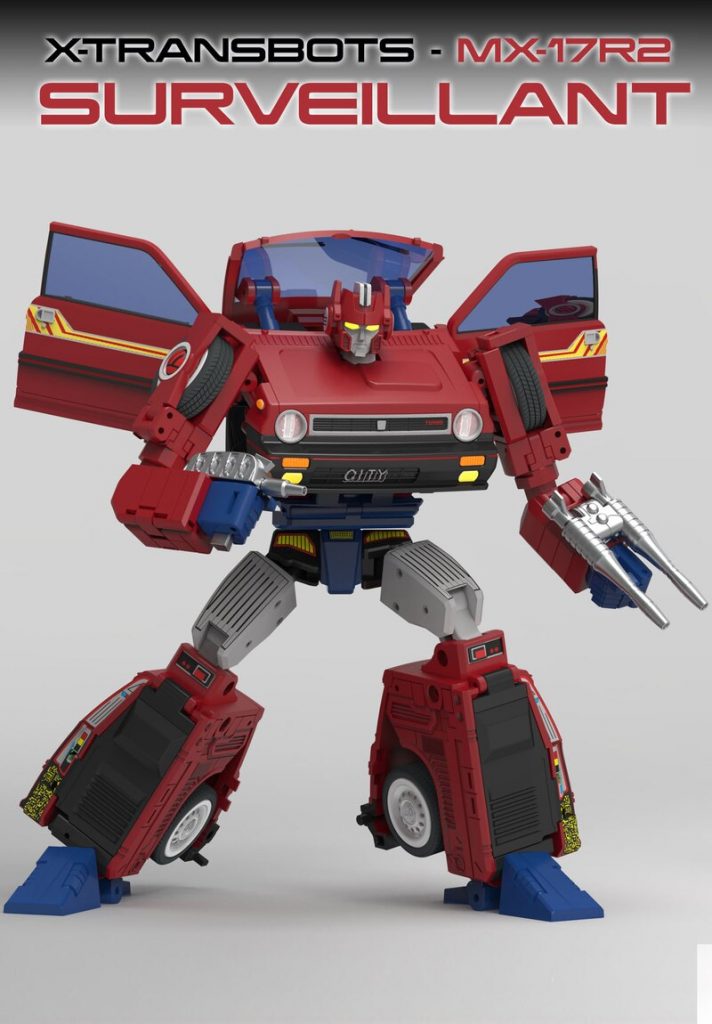 Who is it? Diaclone No. 9 Honda City Turbo red version / red Skids

Even if you decide to opt for Reboost over XTB’s ‘Staunch’ above, the third party is also offering another red take on the base design with Surveillant. Why two red versions? Well, it’s pretty simple – the original Diaclone toy was available as two distinct retooled toys, including the City Turbo and the City R, with differences in the bonnet and the head. Both of these came in red (with Suveillant here being a homage of the toy on the first left below), but I’d be quite surprised if TakaraTomy saw fit to bring the pair of them to the Masterpiece line, so this might be your only chance to own the red Turbo version in MP-style. 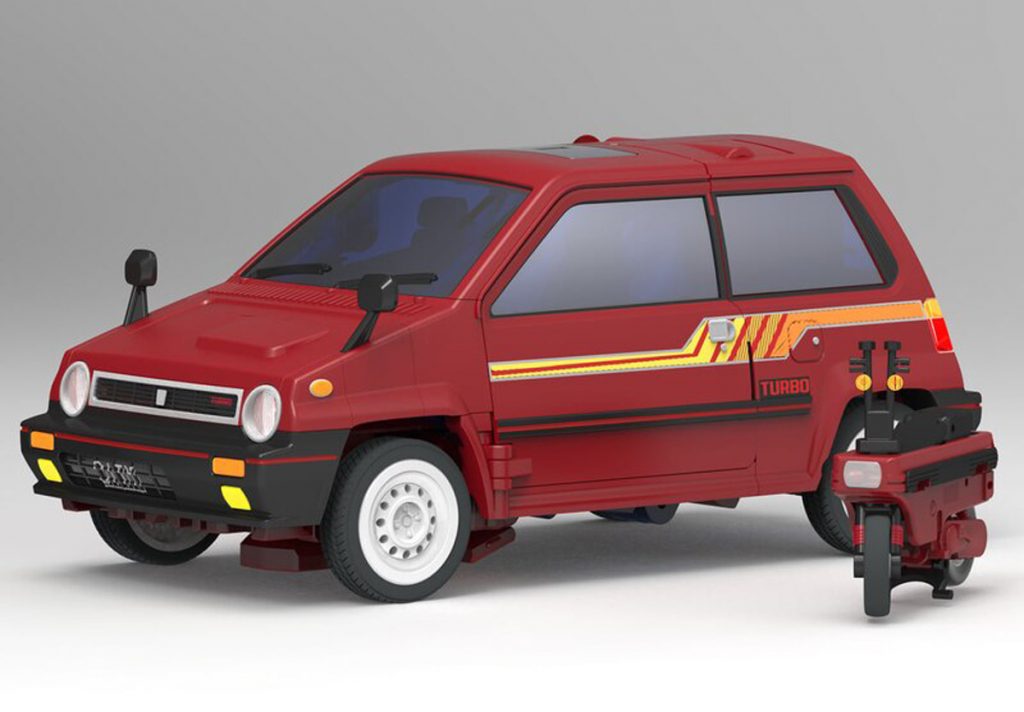 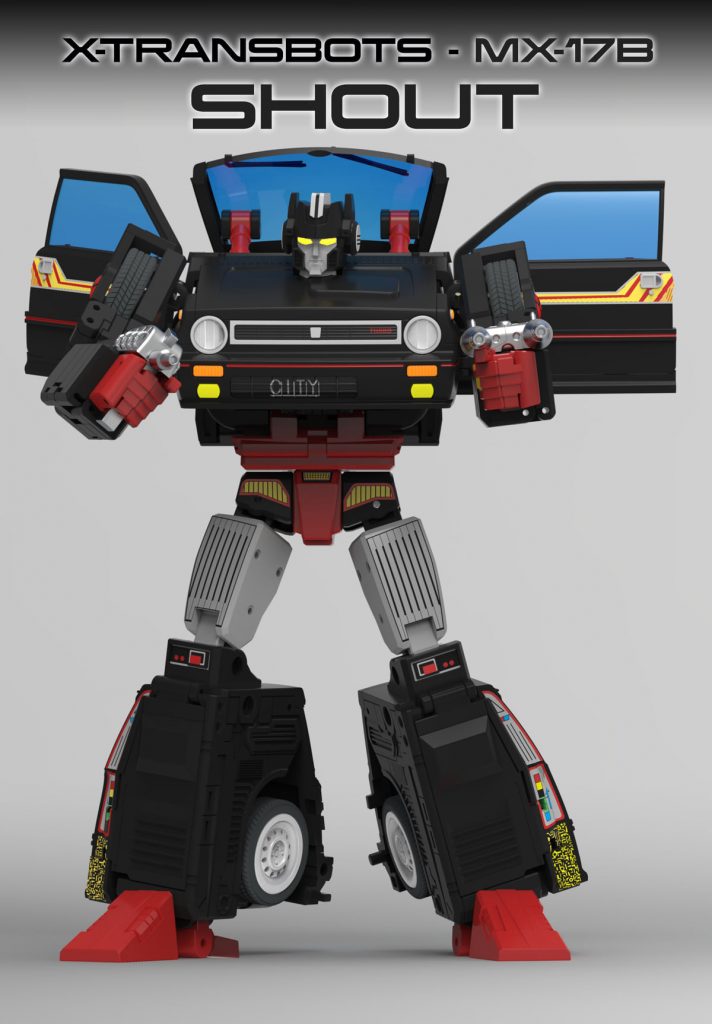 Completing XTB’s line-up of Honda City toys (with these three adding to Savant & Herald to make all five Diaclone toys now referenced), we have Shout, the black one. Not only does this figure look supremely sexy in its own right, but arguably this is another named character in Transformers already, with the 2015 Timelines black repaint of Generations: Thrilling 30 Skids having already given this paint job the moniker, Burn Out. That’s a pretty cool name and the character behind it is coded as female, so that’s a neat addition to your MP shelves right there. Alternatively, you could think of this as the black Shattered Glass Skids if you prefer, which means there are a lot of great reasons to be excited for this one! 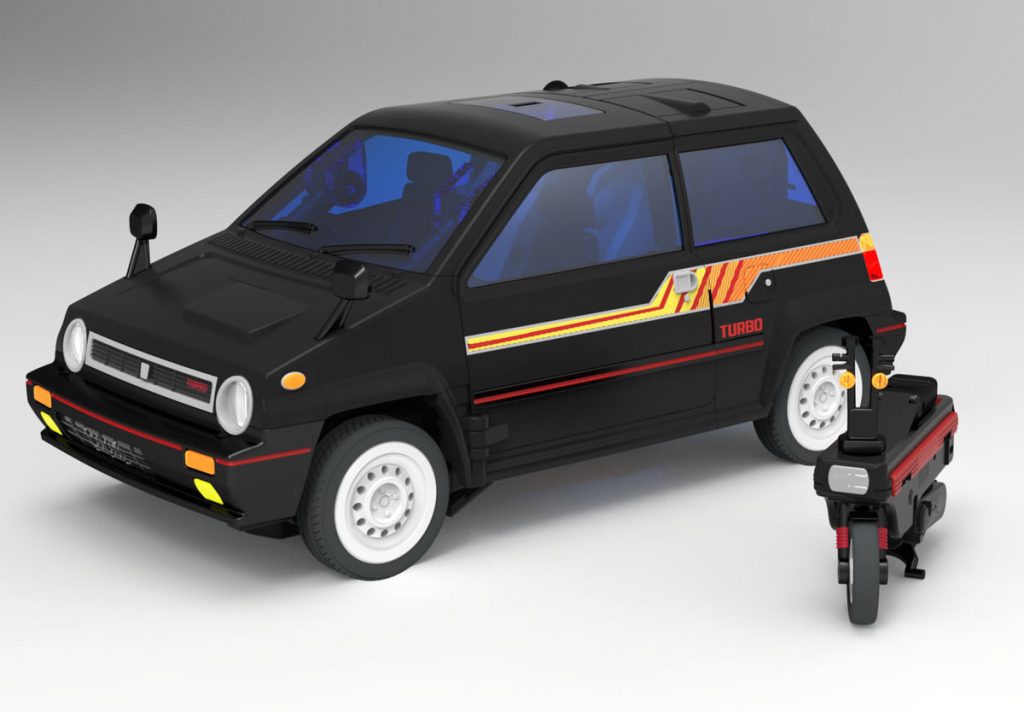 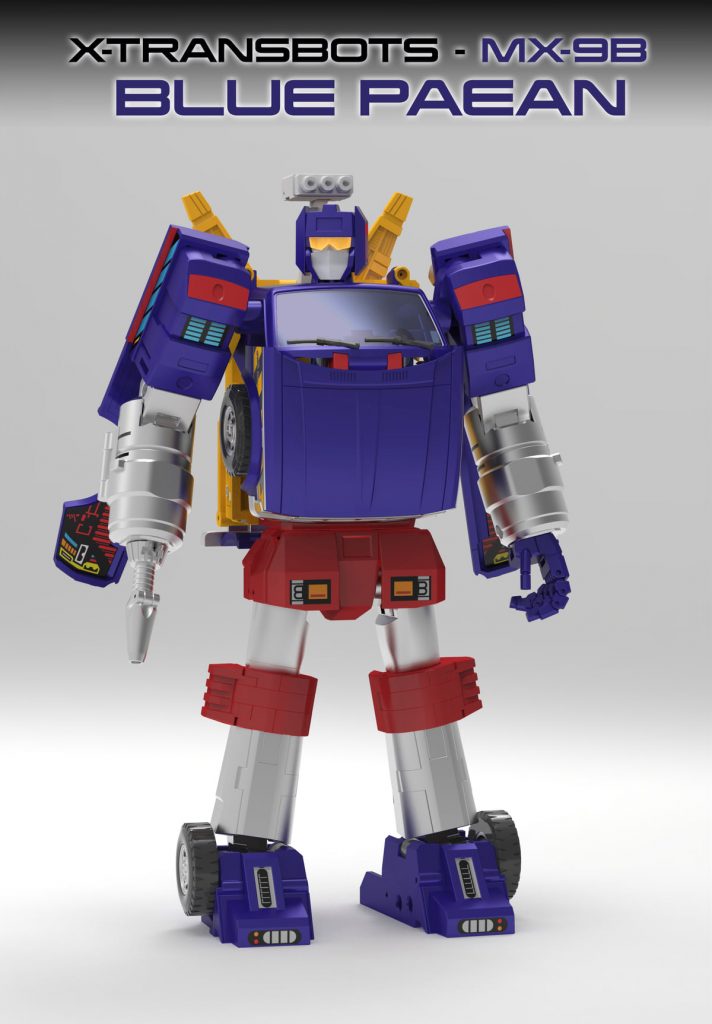 Who is it? Diaclone No. 8 4WD Wrecker Type blue version / blue Hoist

“Red Hoist” may have just become a more well-known prospect for a lot of people after the reveal of Generations Selects Lift-Ticket recently but the original Diaclone toy actually came in two colours, with a blue variant as well (the green version was created only when the mould was passed over to Transformers). Perhaps we’ll see a Generations release in this colour scheme at some point too (which would give the character an official name as well, of course!), but for now it’s very exciting to see XTB getting in on the action with their Paean mould, especially as it copies over the ‘Wrecker” decals from the side of the truck so closely. Now, let’s hope they do a red version too, eh? 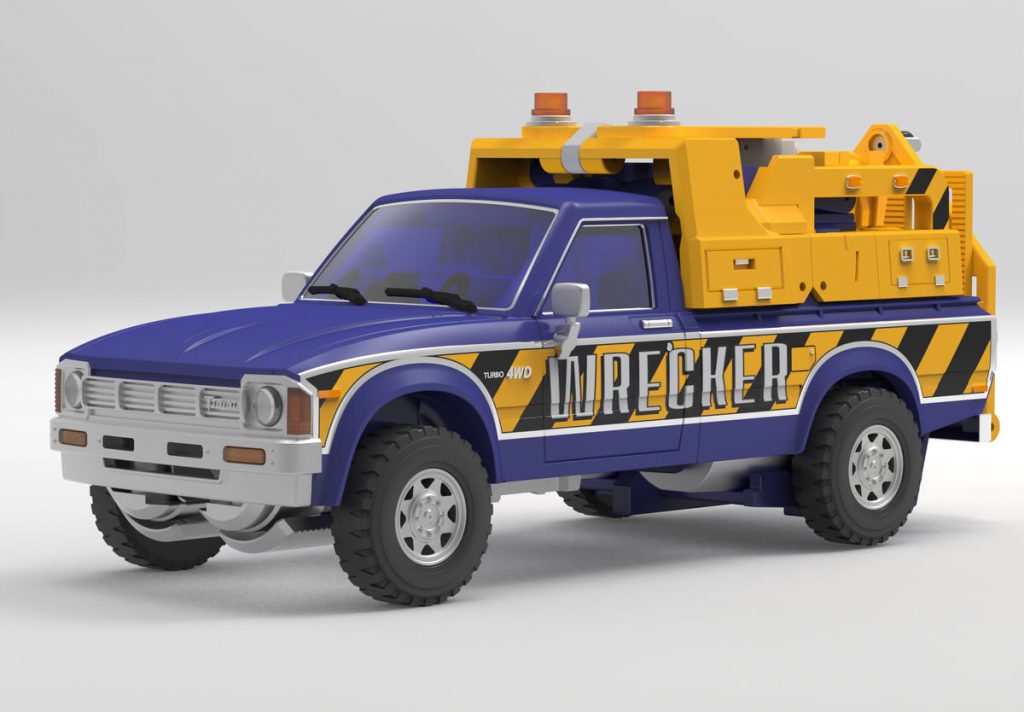 So that’s your lot! The other interesting thing to note is that these reveals have brought us a lot closer to being able to assemble a complete Diaclone Car Robots line-up in MP form, as documented here! Which bits are you most looking forward to?

COUNTDOWN: Everything on the way from X-Transbots (part 4)