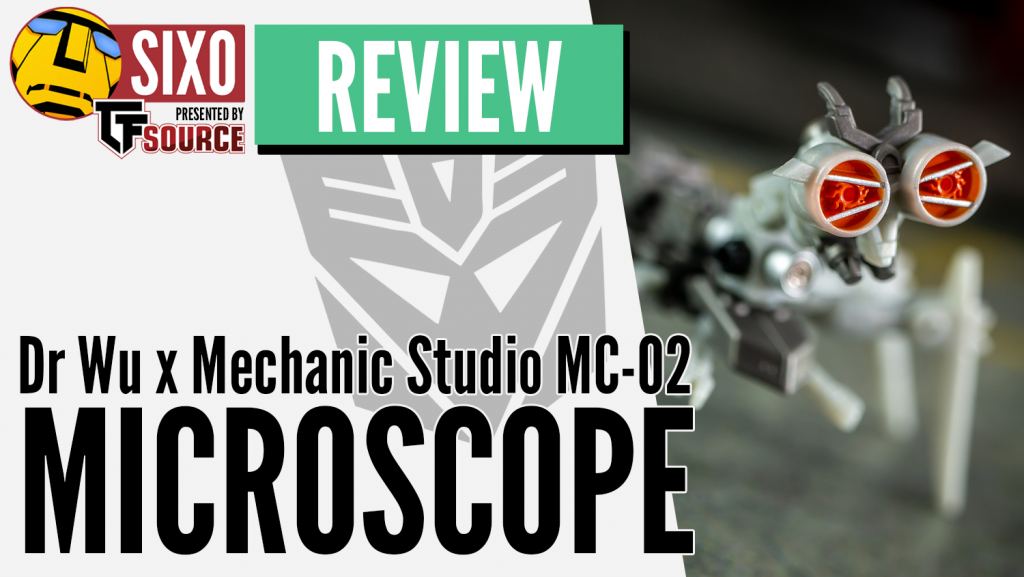 Gosh, Revenge of the Fallen feels like a long time ago, huh? The second live-action Transformers film has sparked a lot of debate in the now twelve years since its release and often continues to be a source of ire for many a fan even today. 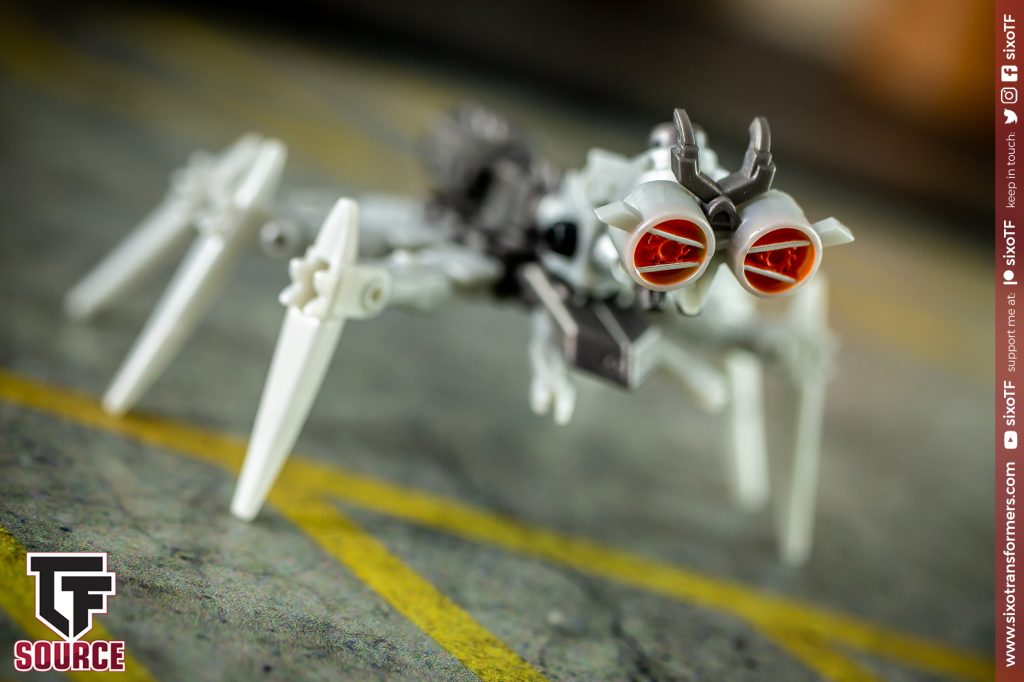 It’s perhaps not hard to understand why that is, as even an objective viewing of the 2009 adventure will reveal any number of problems that could legitimately be held up for hearty critique. However, for my part, the film’s major benefit remains much in line with the rest of the big screen movieverse, in that whatever you think of the story and all that other stuff, there’s still plenty of intriguing robot design going on and that ultimately leads to one thing: cool toys. 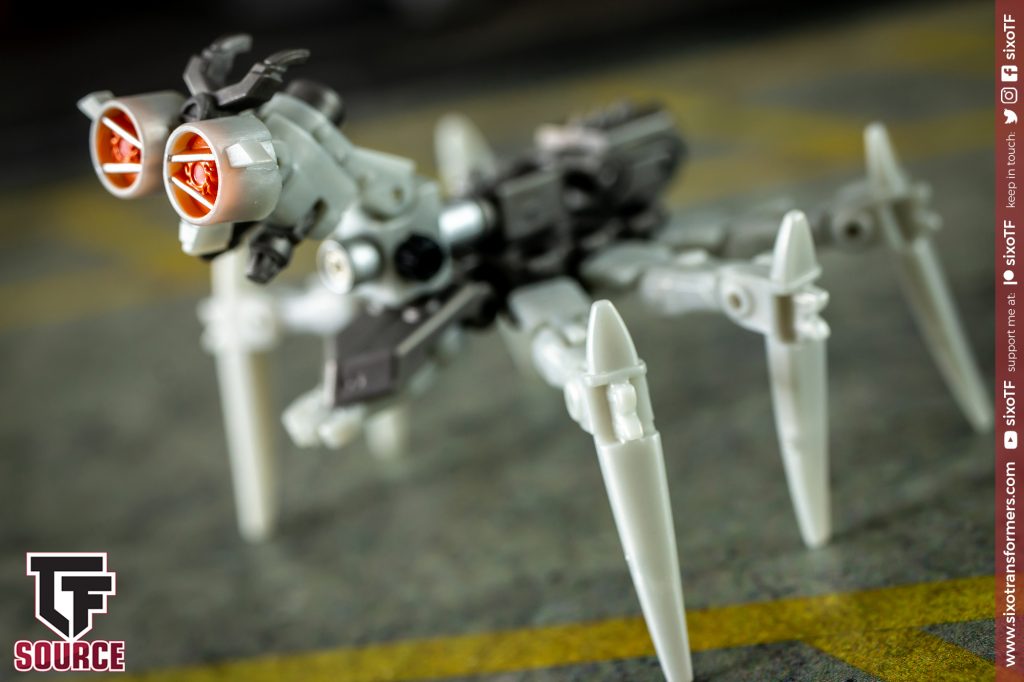 And hey, it’s not like there haven’t been a plethora of them over the years, but for someone like me, who never really got swept up in all of that at the time, the current rise of Masterpiece-styled representations of a lot of these characters is a real joy come true, not least because the third party scene has now well-and-truly cottoned on to what a goldmine of inspiration it all is, too. 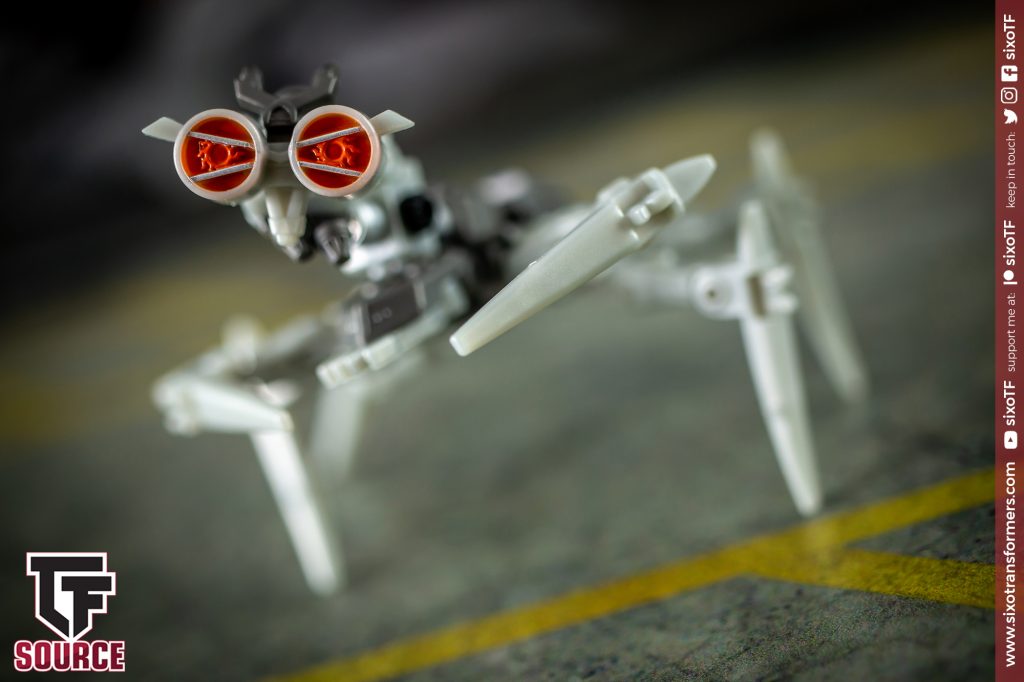 Take this little chap, for starters. Not only is ‘the doctor’ (evidently known as ‘Scalpel’ in official circles, despite never being referred to as such during the film) one of the more memorable elements of the early part of the story, but he comes from arguably one of the best extended sequences too, in that it leads onto what even the movieverse’s biggest detractors will admit is a highlight in the forest battle. 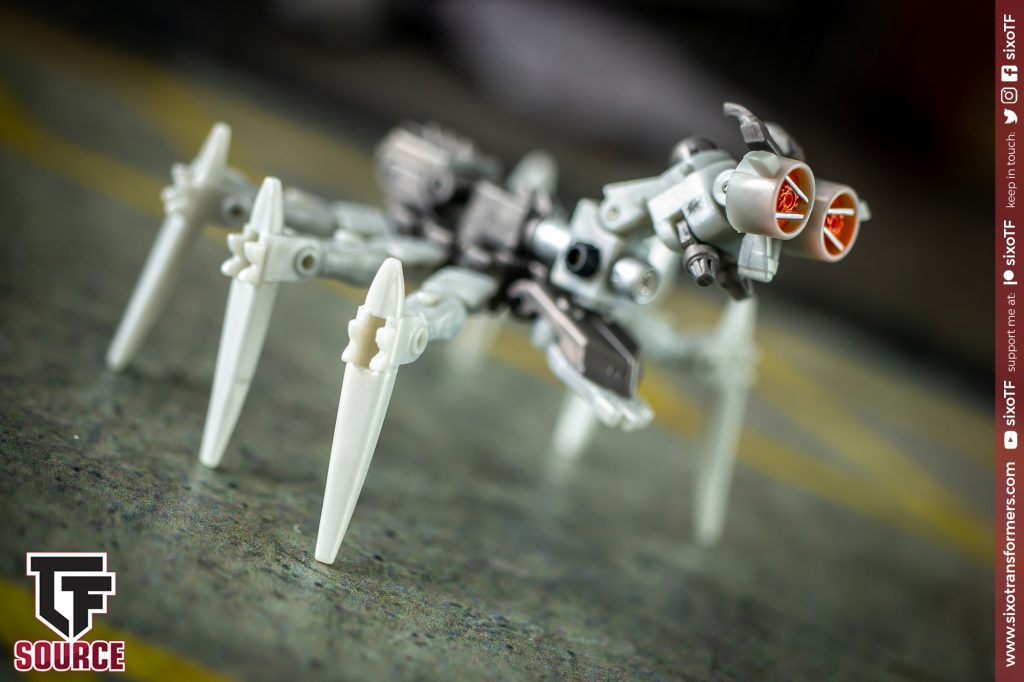 True, Scalpel is only on-screen himself for mere minutes but his creepy vibe and distinctive vocal performance are enough to cement him in your memory, which is why I was interested to see how this unofficial take on the character turned out. There have been toys before but something about this attempt from Dr Wu (based on a design from Mechanic Studio) seemed like it could be a good match for a Masterpiece collection, so here we are. 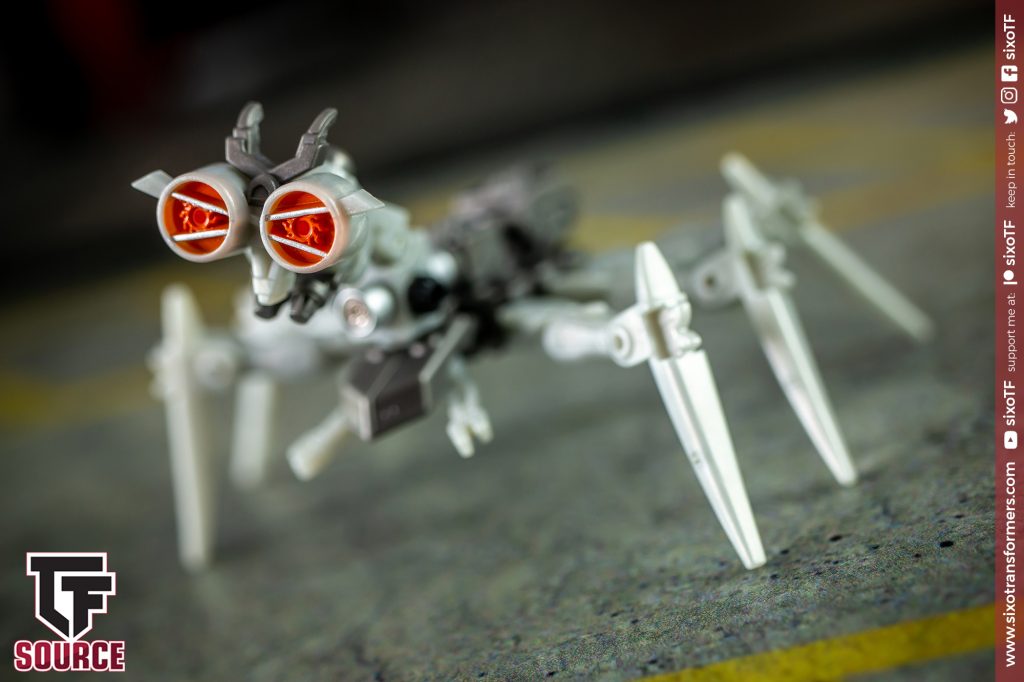 And considering the sheer impracticality of the design seen in the film, I’m immediately struck by what a great job they’ve done with it! It’s not quite a dead ringer for the character’s CGI model (which again, would be very hard to achieve!) but arguably gets a lot closer to that goal than the official toy from 2009 at least. 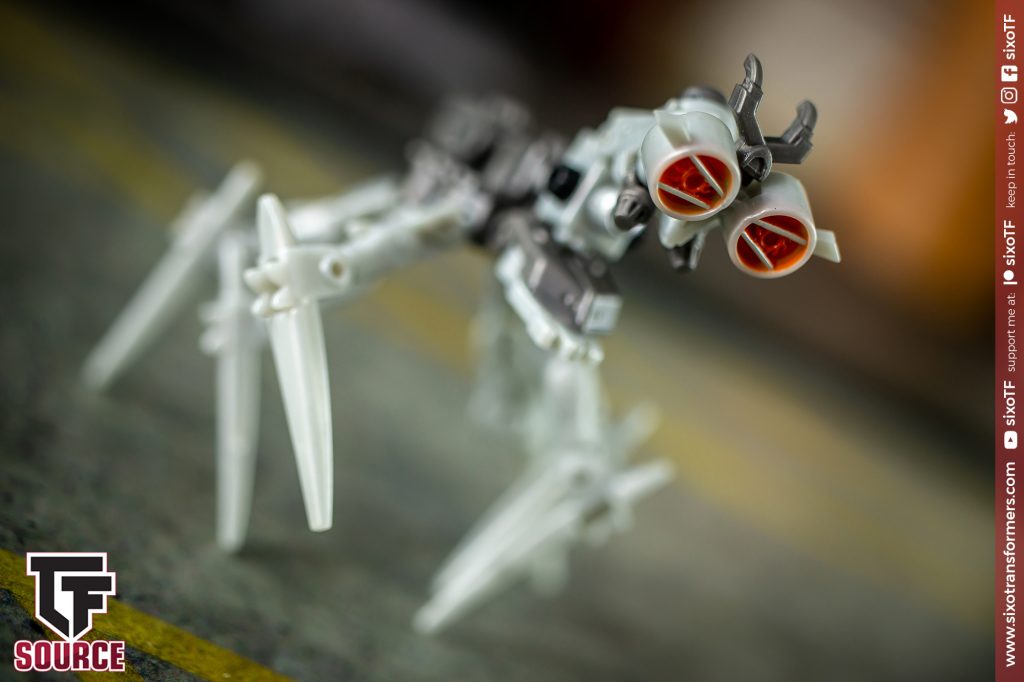 Besides, it definitely captures the right vibe, with all the chilling feel of Scalpel’s big-screen persona poured in one tiny little package. I think a big part of that is the head design, with those piercing red eyes really helping to sell the menace this guy embodies. 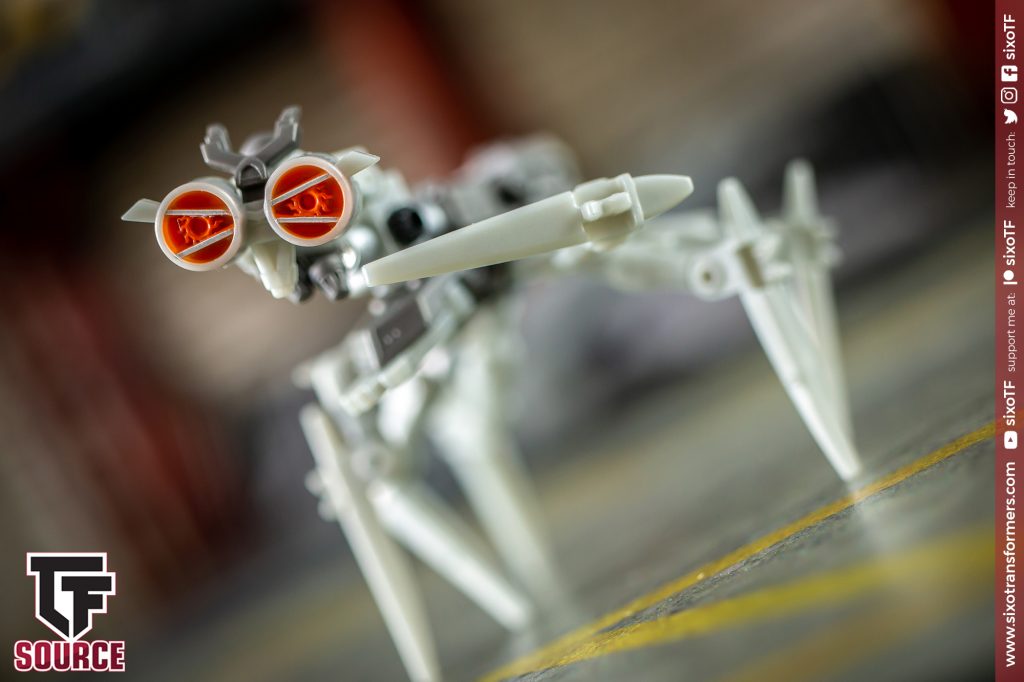 Again, it’s simplified in many ways, but considering how small this toy is, I think it works. I like the paint applications here (a welcome splash of colour on an otherwise monochrome figure) and features such as the moving mandibles are very much appreciated too. 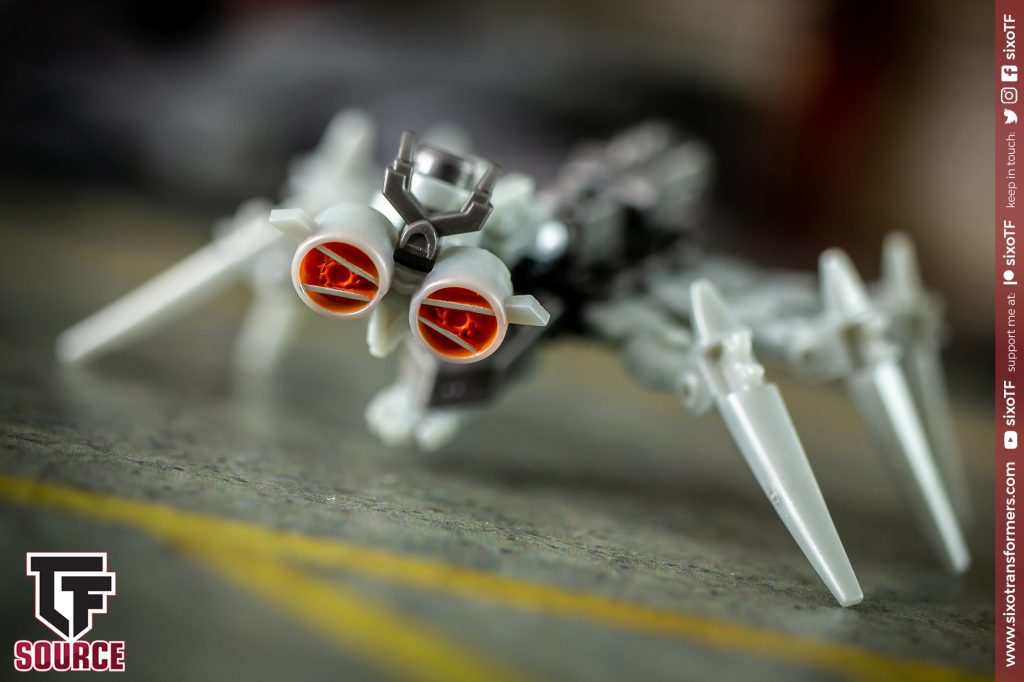 As for the rest of him, the main thing to comment on is going to be those legs, of course! They’re all independently articulated, with several joints in each allowing for a very decent range of movement all told. Considering how minuscule he is, there’s a surprising amount of posing that can be achieved with them. 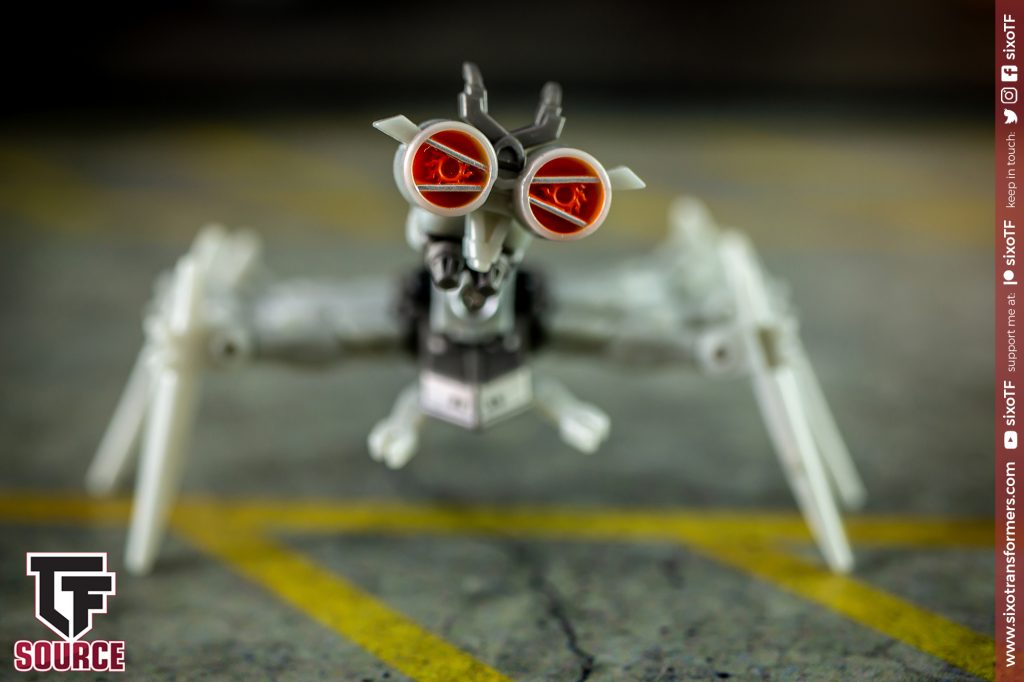 He then has two very wee hands that can move too, along with further articulation in the neck at various points. All in all, a fun little package and one that can stand surprisingly stably too, considering how insectoid legs of this sort have a habit of not being the most stable on some toys. 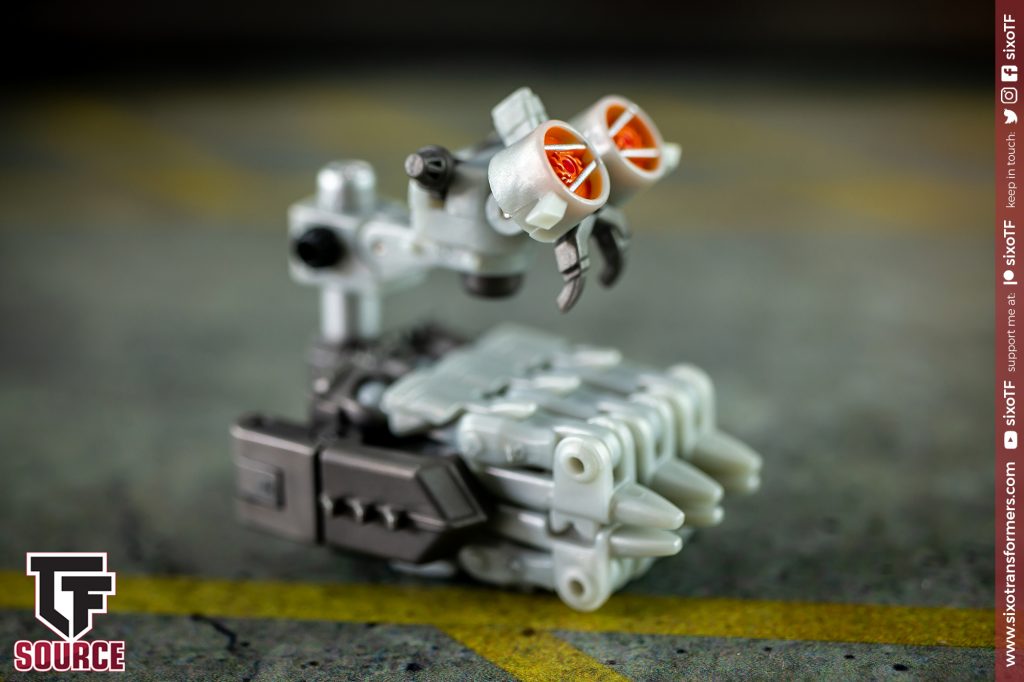 There’s even then a transformation to an attempt at the microscope mode, although in reality, it bears little to no resemblance to the one depicted in the film. This is perhaps one aspect trumped by the 2009 toy, although it’s fun that they even sought to include such a feature in many ways, I suppose. 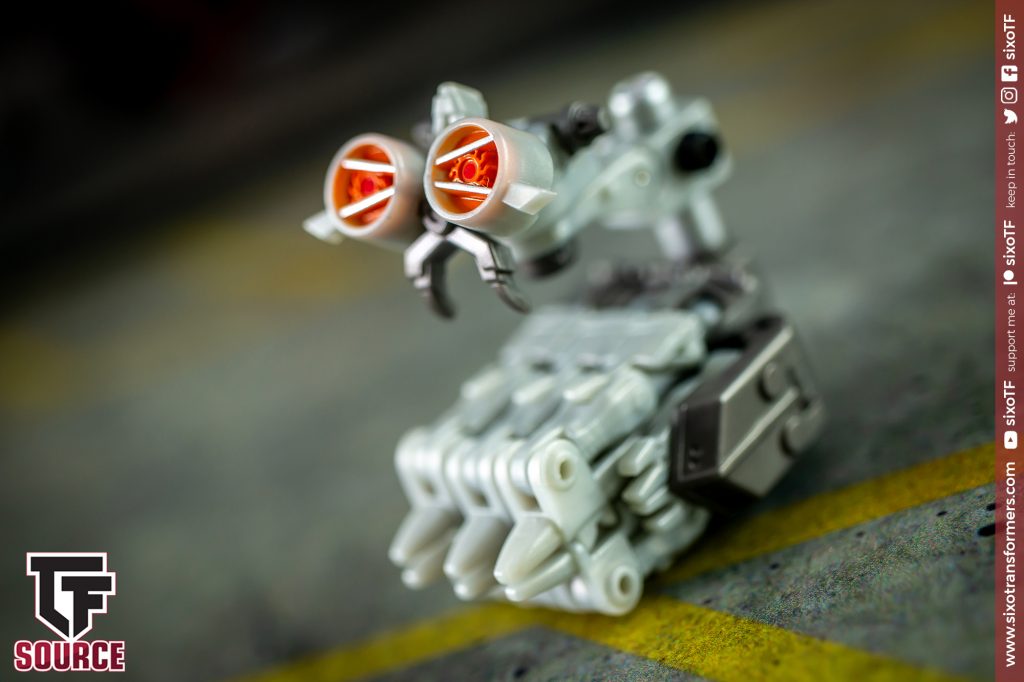 I do enjoy the way the mandibles become the handles on the side of the viewer, although just the idea of putting my eyes up against those lenses is enough to turn me off pretty quickly! 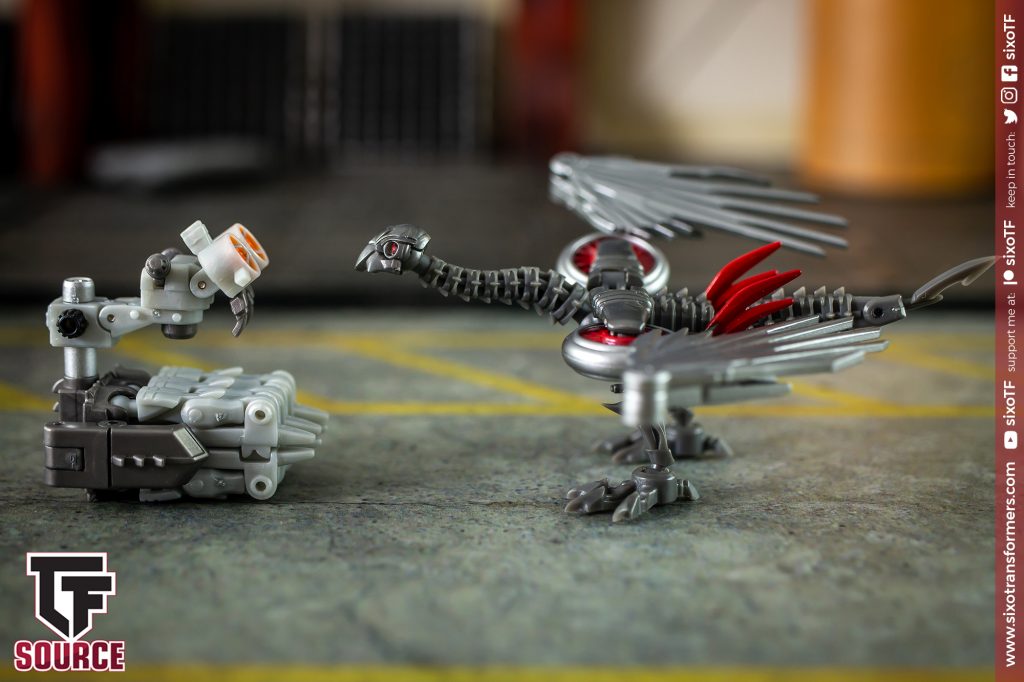 Ultimately, the microscope mode provides a bit of fun but it’s not really something that’s going to help to sell this package overall, with the robot form remaining the real draw here. In fact he looks positively nifty alongside my burgeoning line-up of horrible little dudes from the big screen films, methinks! 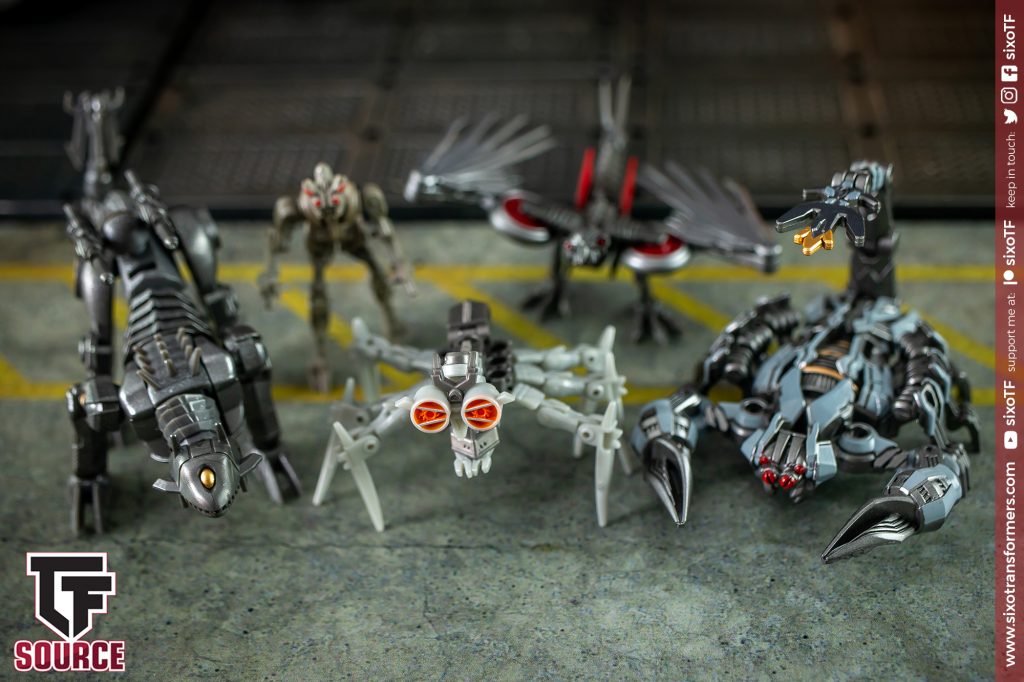 It’s a shame this lot kept getting picked off in every subsequent adventure because I think there are the real makings of a classic Soundwave’s minions posse here! 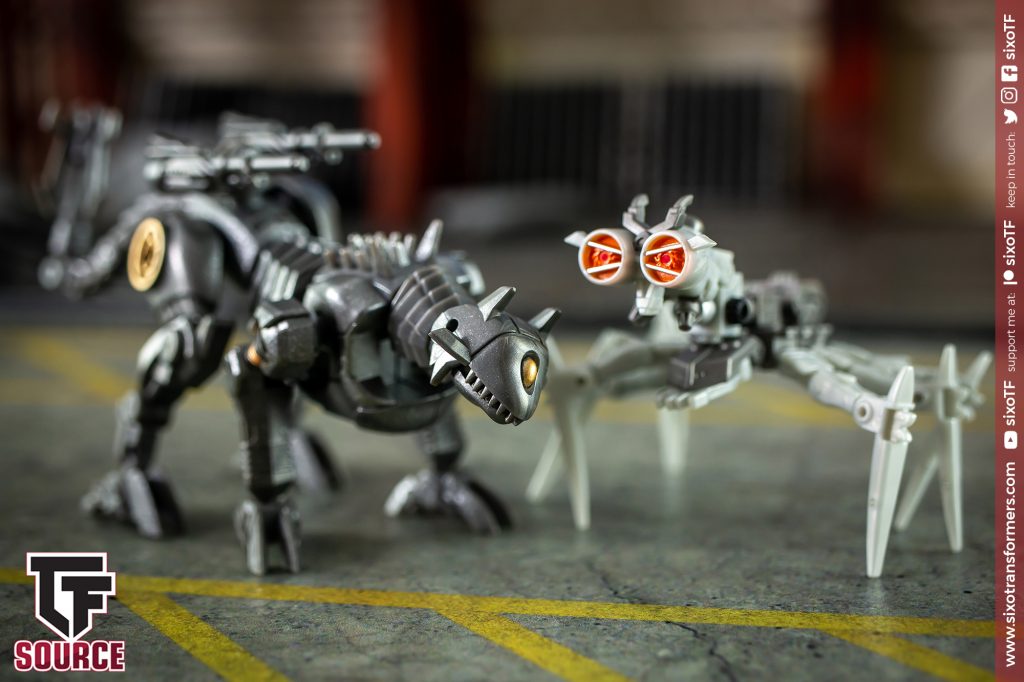 Joking aside though, hopefully this comparison starts to show you the real scale of what we’re looking at here, with MC-02 falling amongst the very smallest figures found in terms of Masterpiece-styled Bayformers. 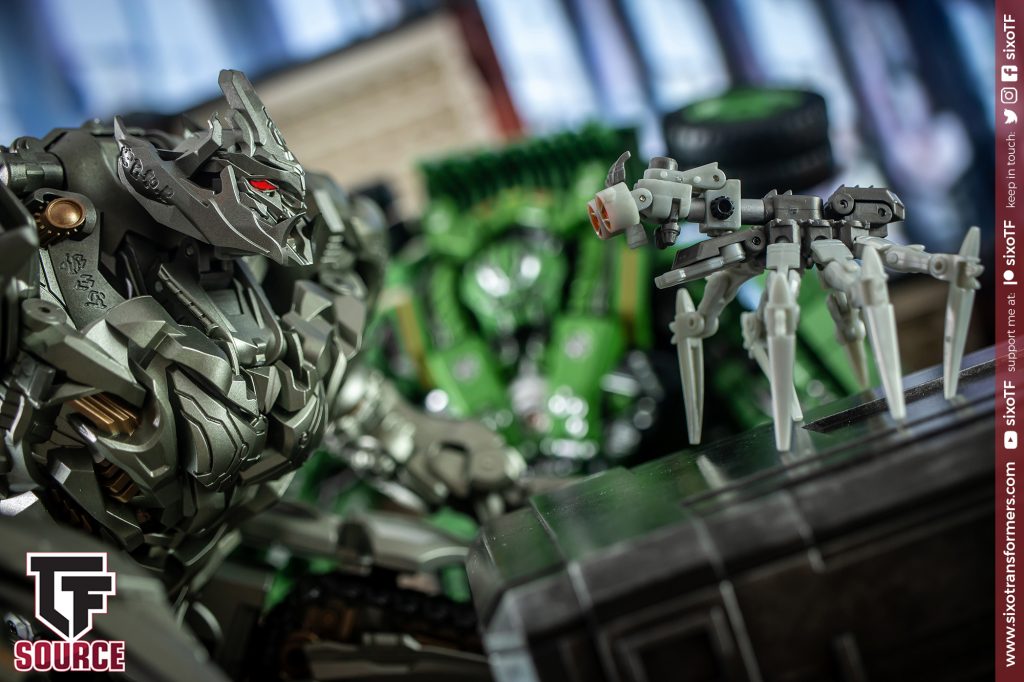 That said, he’s still way too big to be properly considered the right size versus the more regular releases, as even large figures such as TF Dream Factory’s GOD-11 can’t make him look quite teeny tiny enough to be considered accurate. 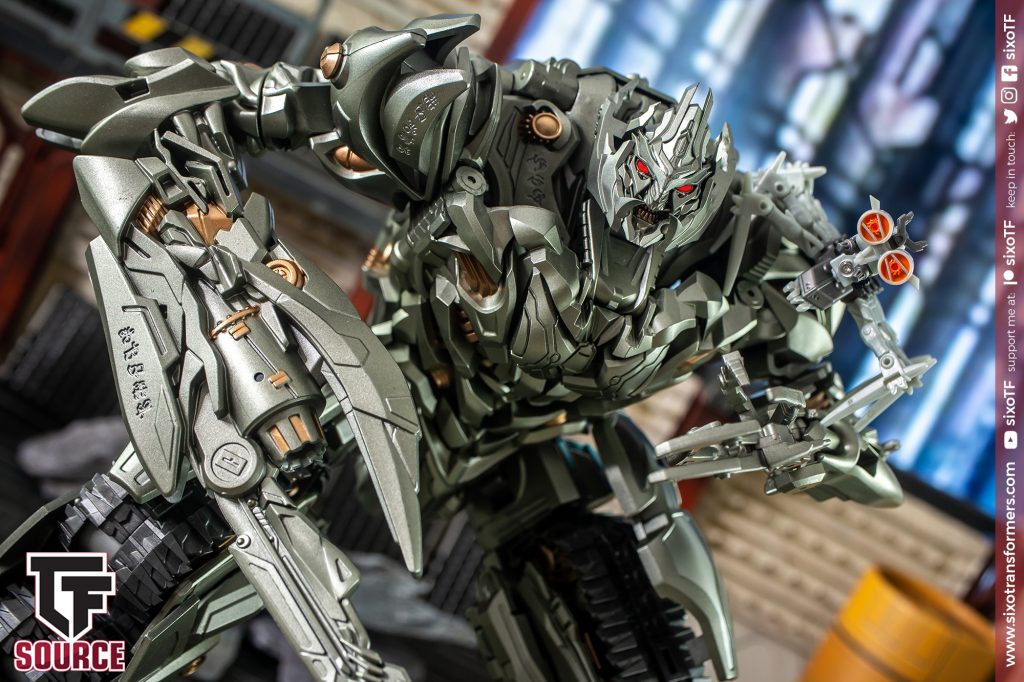 I don’t mind that though, as even though he should be way, way smaller than in fact he is, truthfully speaking, I still think there’s enough fun to be had with throwing him in the mix that I’m willing to overlook it. The films were chock full of these weird little creatures allying with the Decepticons, so in that regard, it’s a real treat to see this one done justice, even if it is a bit larger than it should be. 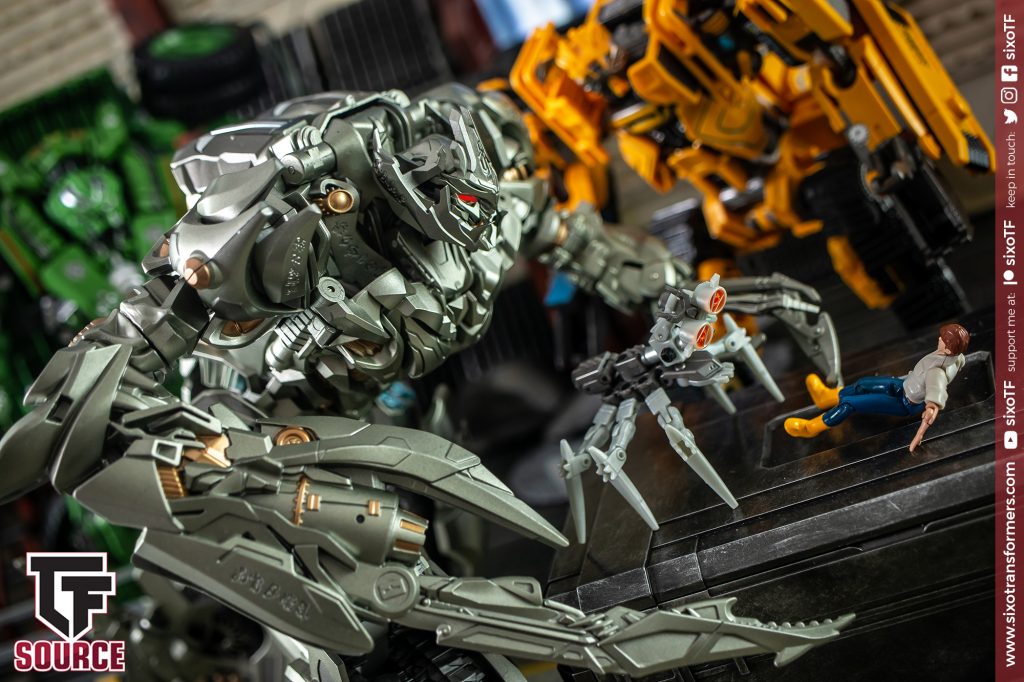 Besides, if he was really in scale then how small would this toy need to be? Thinking about it, probably about the size of a pea, and there’s not really going to be much enjoyment found in that, is there? So, allowances can be made. 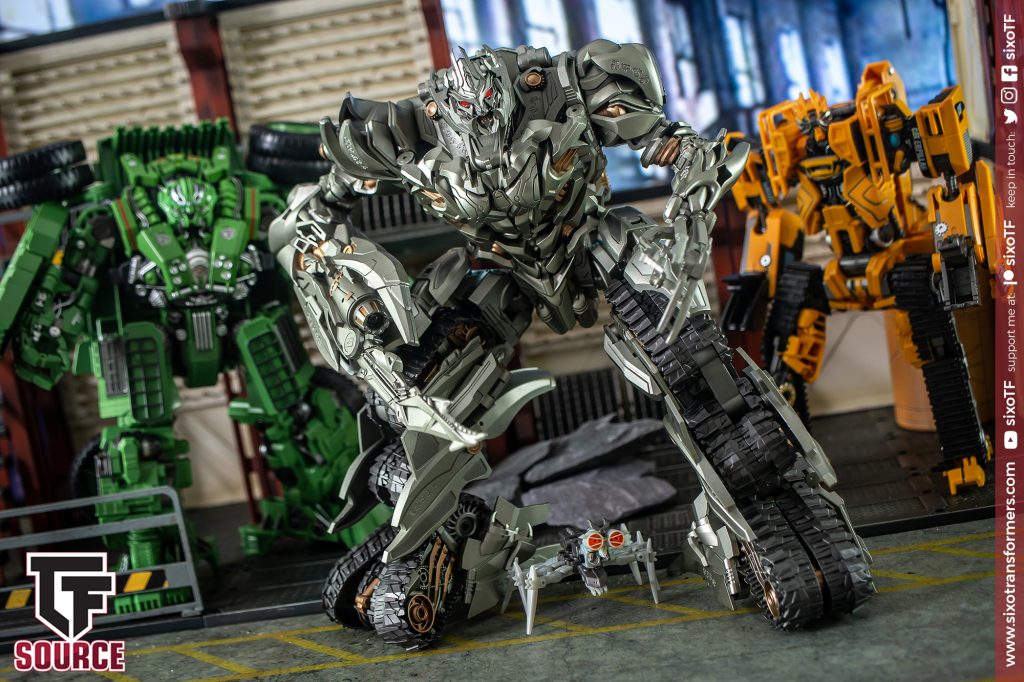 And hey, if it adds to the growing number of weird & wonderful robot designs homaged in Masterpiece toy form then I’m all for it, personally. I don’t really know why but for some reason, this arena has become one of my most anticipated and most enjoyed, as seeing these quirky characters brought to life continues to provide a true thrill. 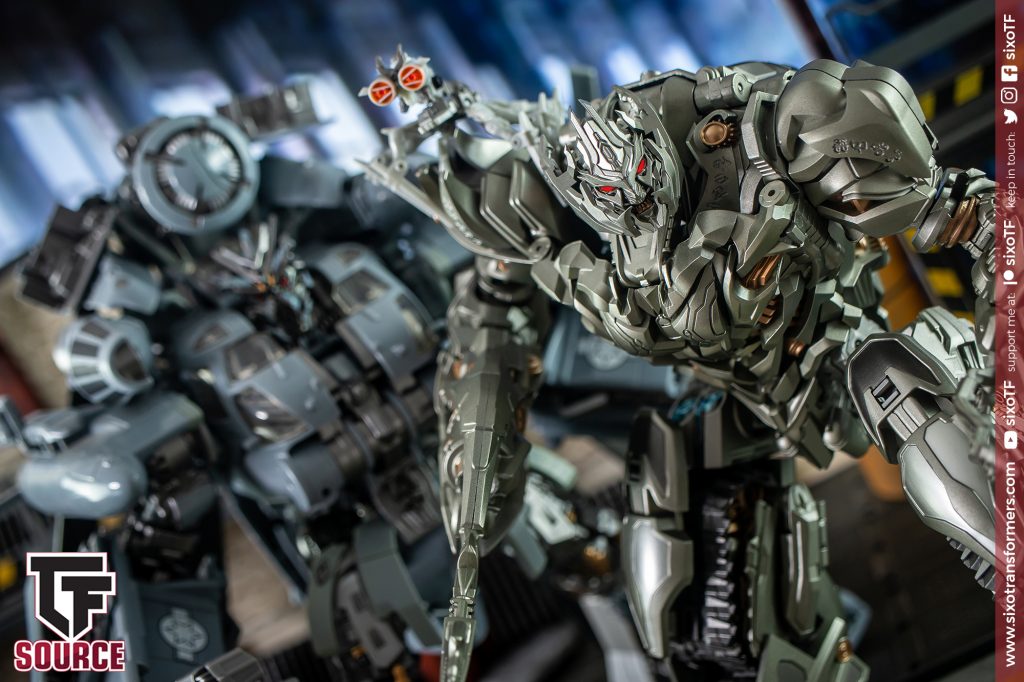 Overall then, it’s hard for me not to suggest that there’s enough fun going on here to make MC-02 a worthy pick-up. The microscope mode may be a bit of a flub but the robot form hits all the right notes and for the price (approx $25 at retail), I think this is a neat little inclusion to the collection. 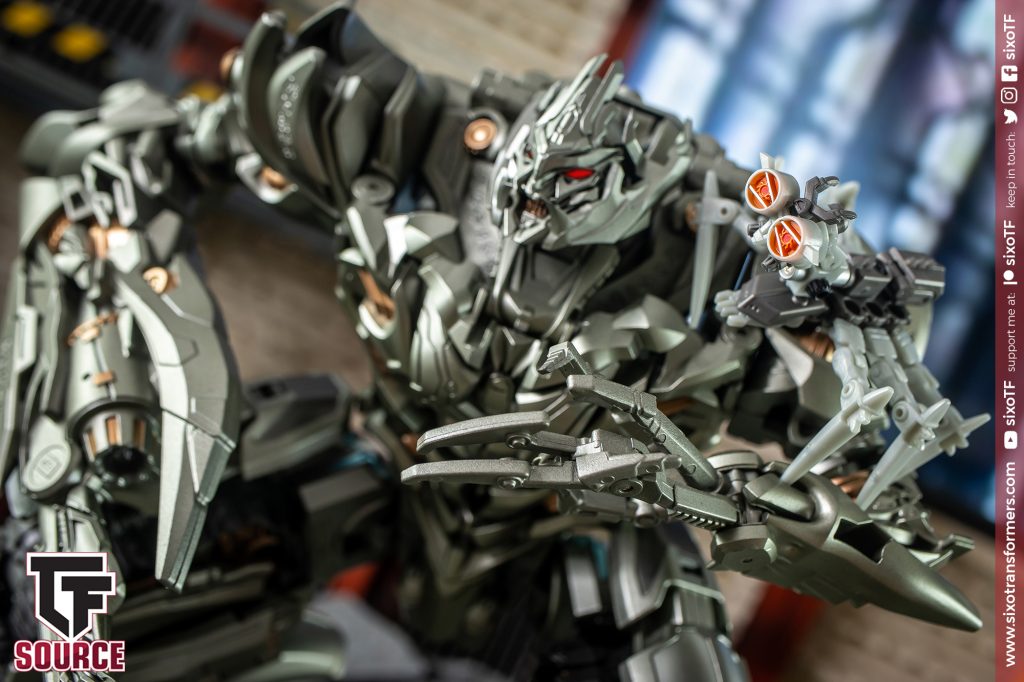 Which is my way of saying the doctor is ready to see you now.

WHAT’S HOT? Fab little attempt at a creepy character from the films, with some neat articulation and a fun sculpt overall.

WHAT’S NOT? The microscope mode is merely passable, although points for attempting it.