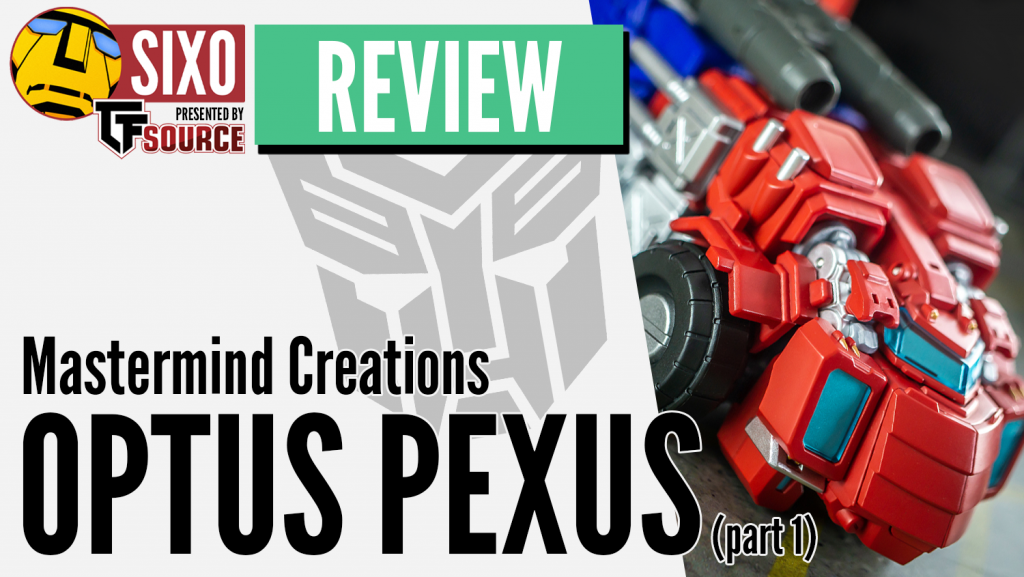 Just occasionally, I like to try something a little different, you know. I have some relatively set collecting parameters overall (despite what some may believe!) but that doesn’t mean it isn’t fun to look outside of those every so often to see what other wonderful toys there are out there. So it goes with this guy. 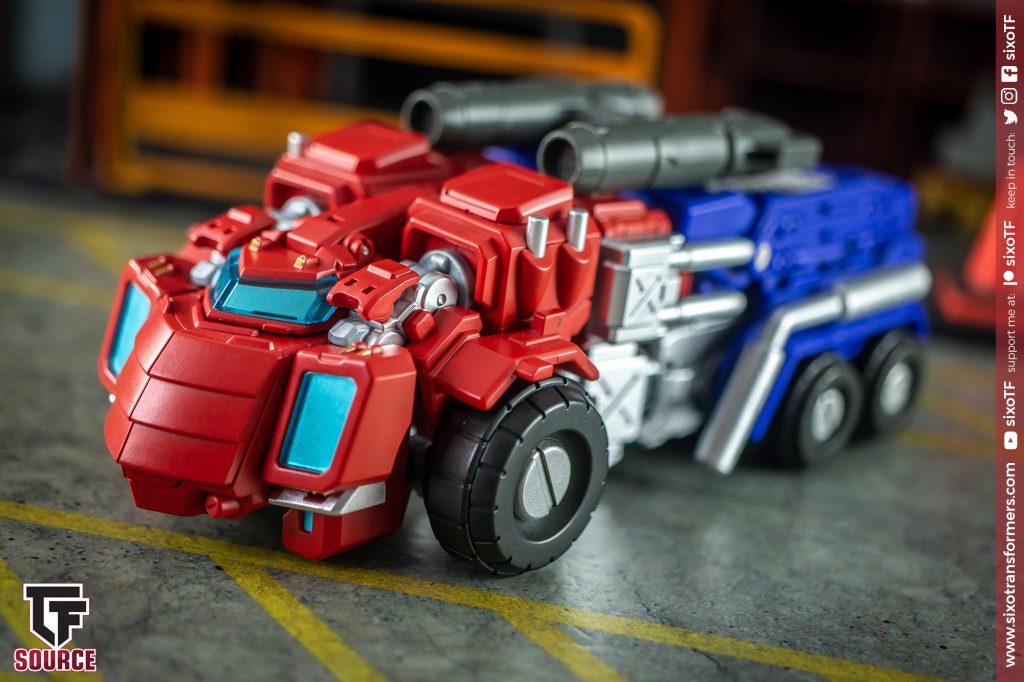 After all, there’s actually not much about this release that means it should be granted a place in my collection. It isn’t Masterpiece (or even Generations) scale, it doesn’t fit with anything else I own, and it’s based entirely on a property that I have no real knowledge about if we’re being honest! 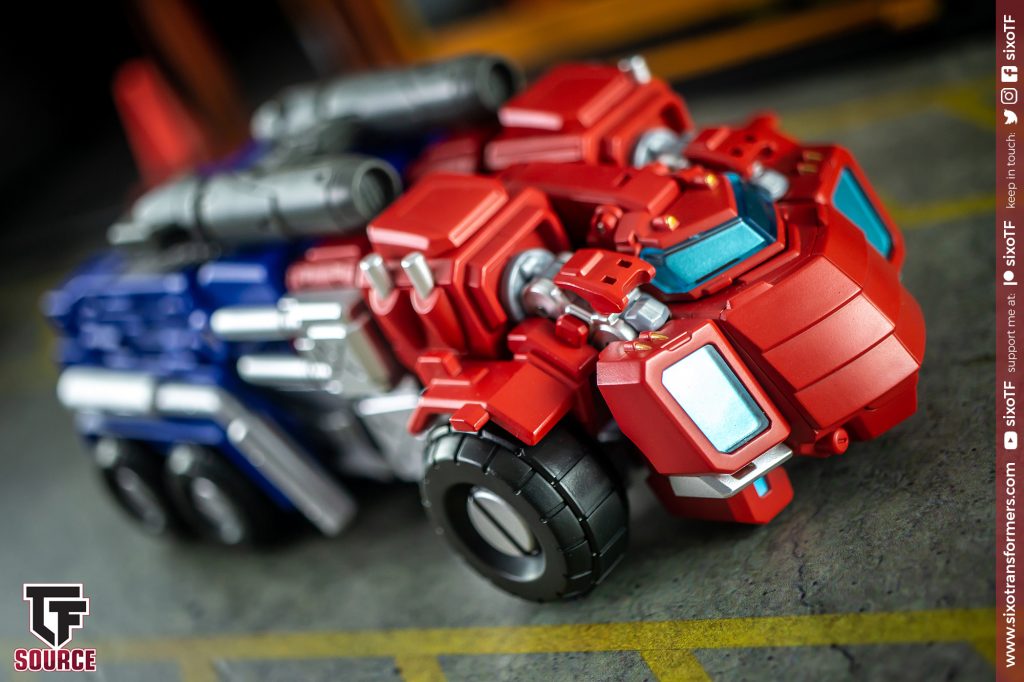 Yes, folks, I’ll get ready to hand my Transformers community membership card back in now, because believe it or not, I’ve never read the IDW More Than Meets The Eye series from which this design hails. I swear, it’s on the list to do one of these days, but somewhere between a busy real-world schedule and my collecting time already being very focused elsewhere, I’ve not quite managed it thus far! Soon, I promise. 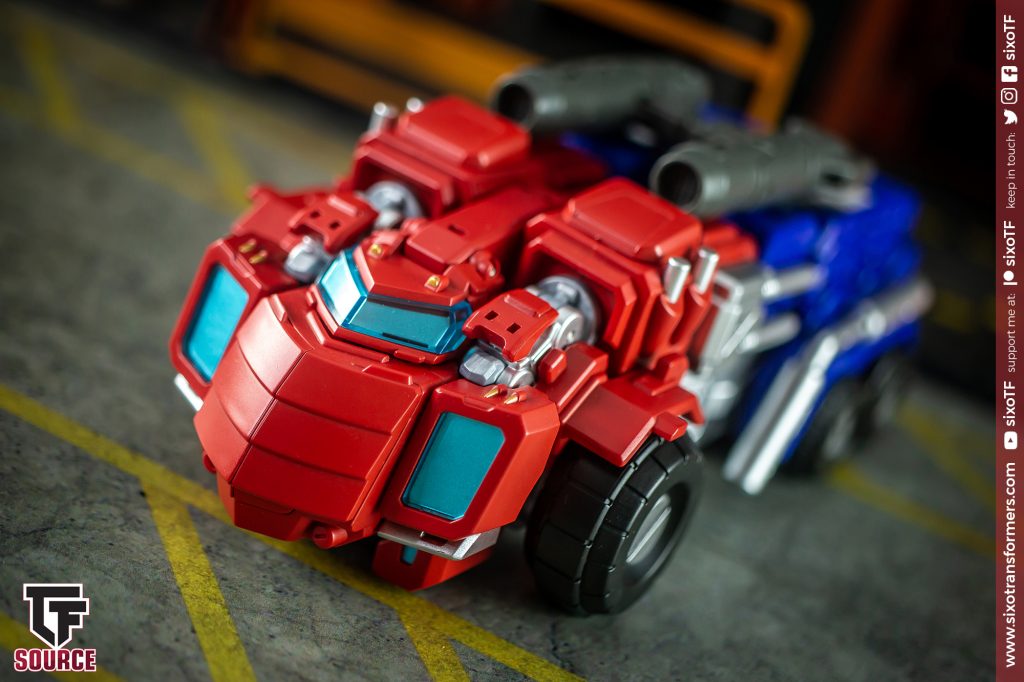 Anyway, the character in question for today is of course Optimus Prime, or more specifically, his younger self, Orion Pax, as this unofficial toy looks to replicate his appearance from the comic in fairly faithful detail. So, why did I end up with it in the first place then? 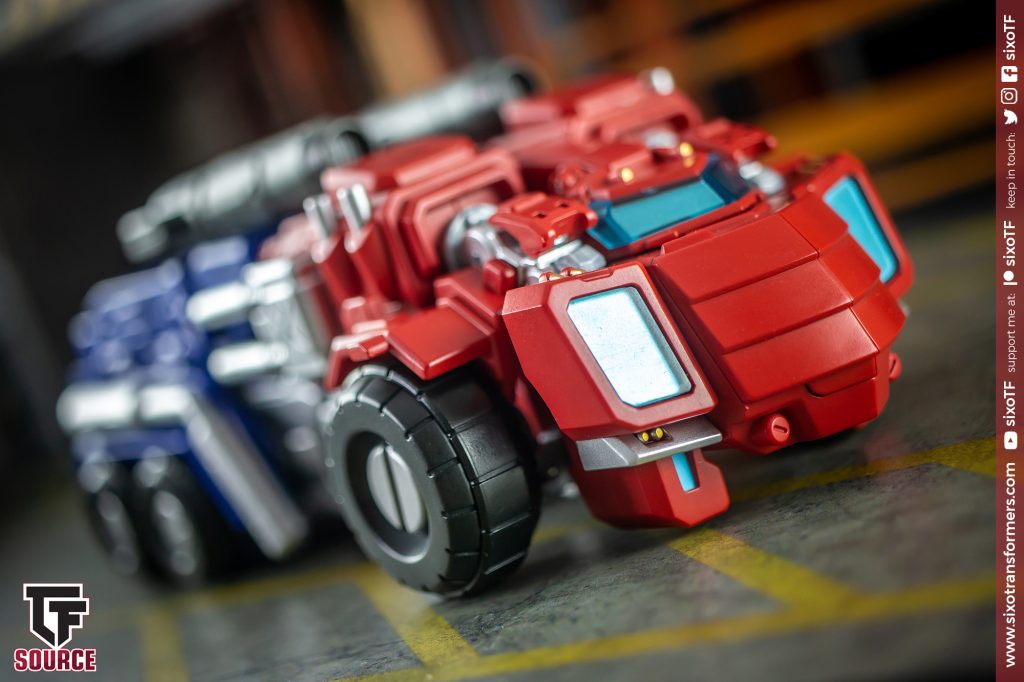 Well, put simply, I’m a bit of a sucker for cool-looking toys, and especially ones meant to represent the heroic Autobot leader in any of his many forms. Whilst I’m sure it often helps to have an appreciation of whatever fiction a particular toy is trying to reference, in some cases I do think they can transcend that to just be undeniably awesome in their own right. Pexus is a great example of that, for sure. 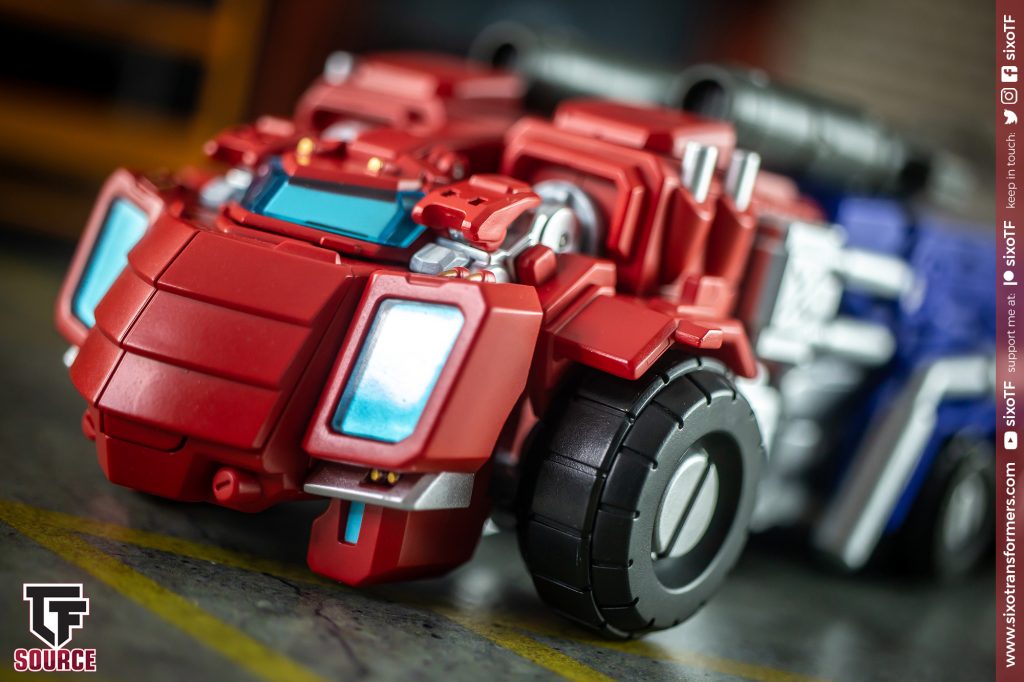 Let’s start for today with the vehicle mode then, as it’s already a good indication of what I mean. For one thing, it’s very ‘Optimus Prime’ in design despite looking approximately nothing like his classic appearance in any way, shape or form. 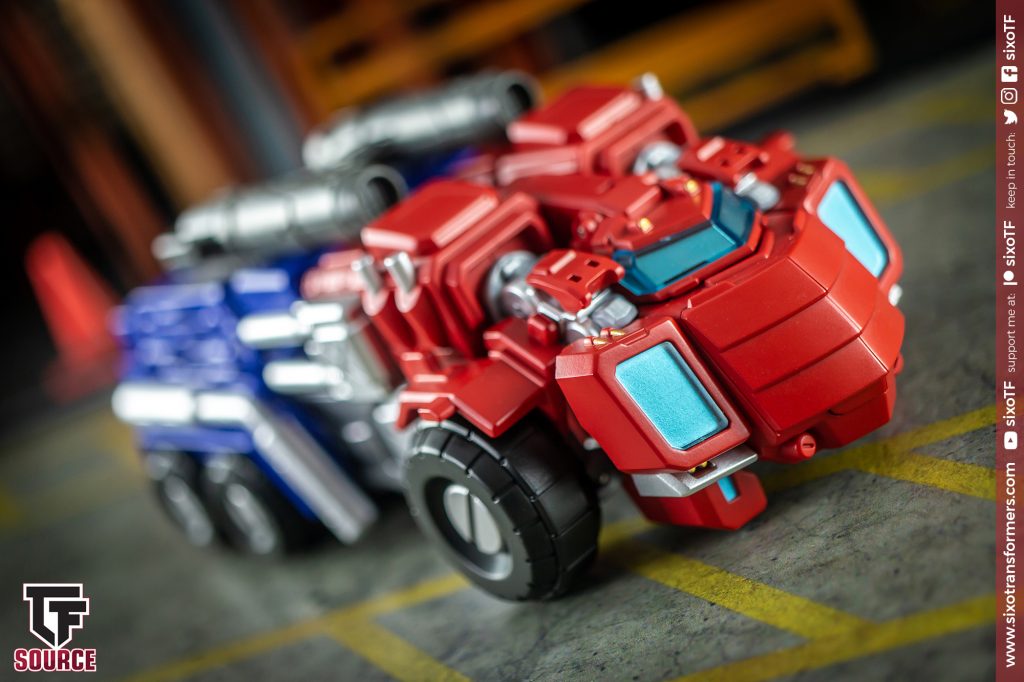 The character has been given more than a few ‘Cybertronian’ looks over the years but I think this may just be one of the best, as it immediately captures his spirit whilst still being a big departure, aesthetically. Of course, it helps that MMC has done such a great job with it, as whether you’re a fan of the comic or not, there’s plenty to appreciate here. 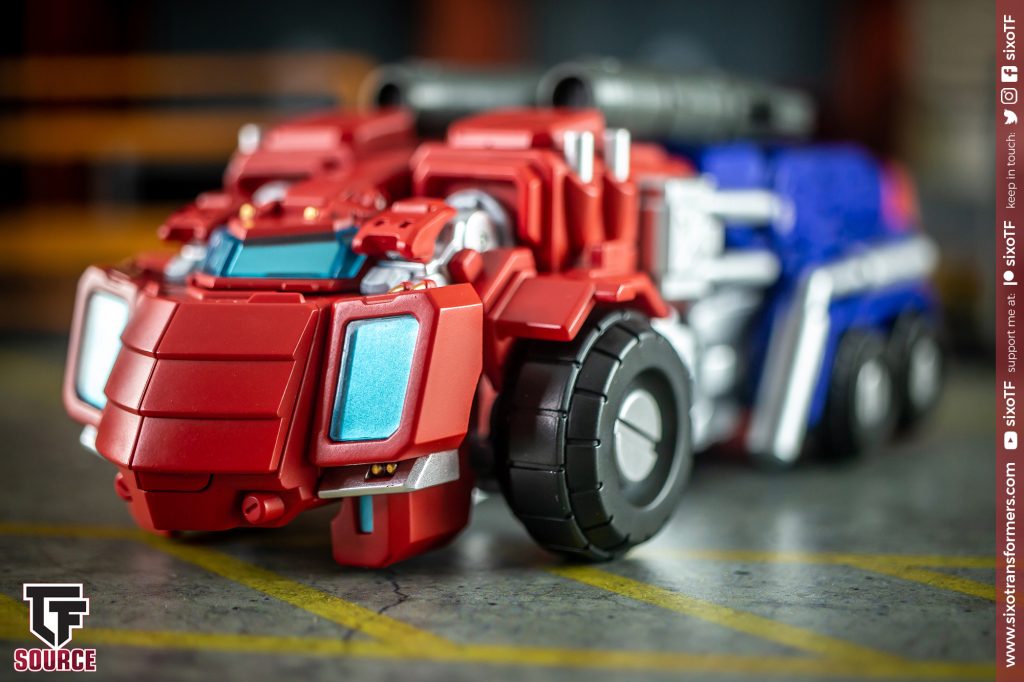 First up, the toy looks fantastic. The design itself is wonderfully compact and tidy overall, but it’s aided by an eye-catching coast of shiny red paint and some attractive silver highlights to boot. 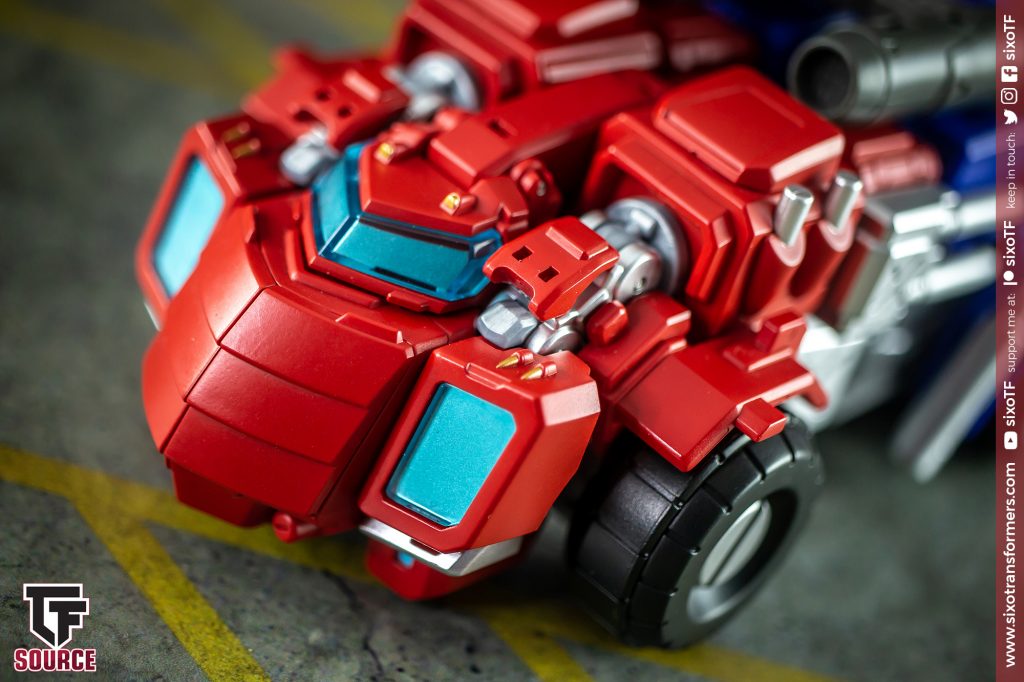 The paint all seems rather durable too. I have a very minor scratch on one of the inside parts on my copy, presumably incurred during one of the transformations he’s been through, but other than that, it all presents quite immaculately. 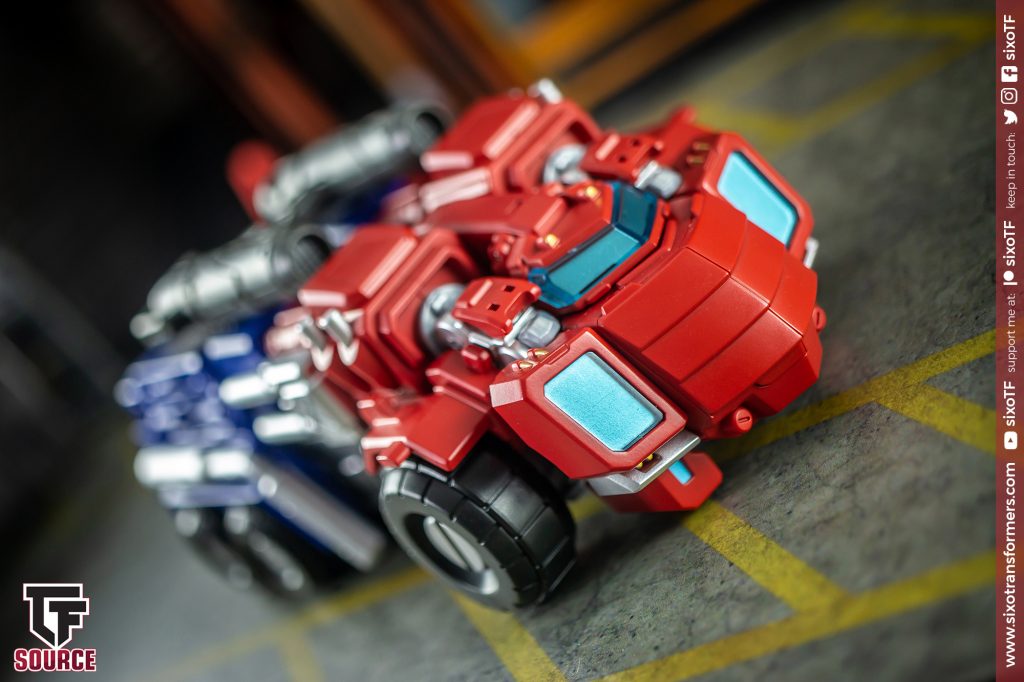 I’m also a big fan of those baby blue window sections, as they look fab at the right angle versus the light and really bring a touch of vibrancy to the whole affair. Lovely stuff indeed! 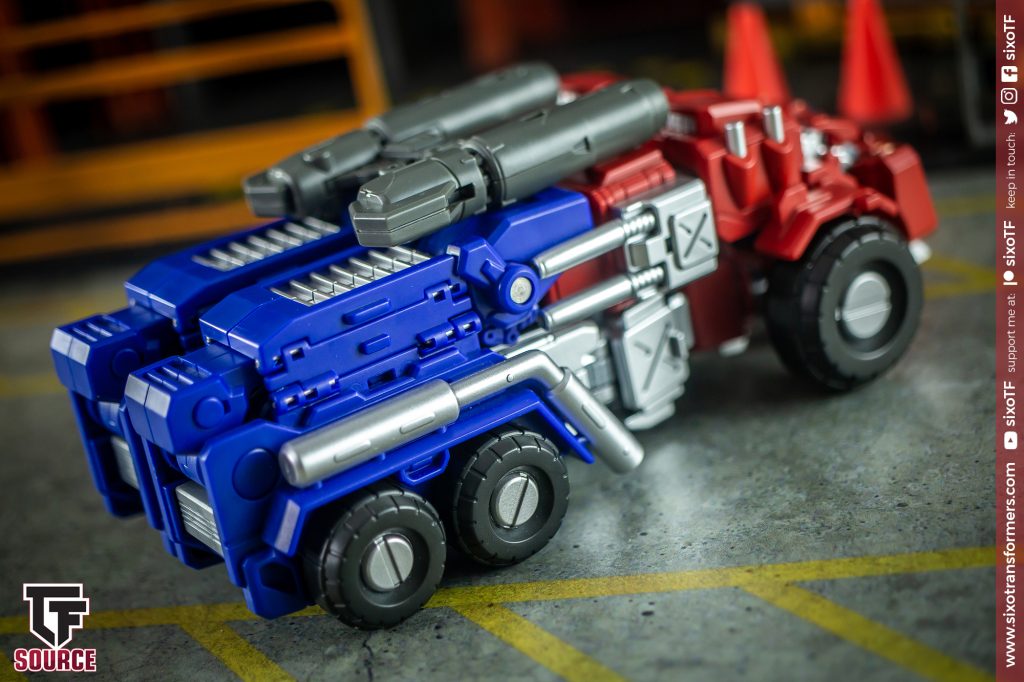 The other positive point here is that everything tabs together well and sits flush, and it all feels exceptionally solid as a result. There are a few spots that I would say are legitimate robot kibble, such as the silver robot hips and thighs poking out from the side, and the rear half is fairly obviously a pair of folded up Opti-legs, but still, it’s a good looking truck all the same. 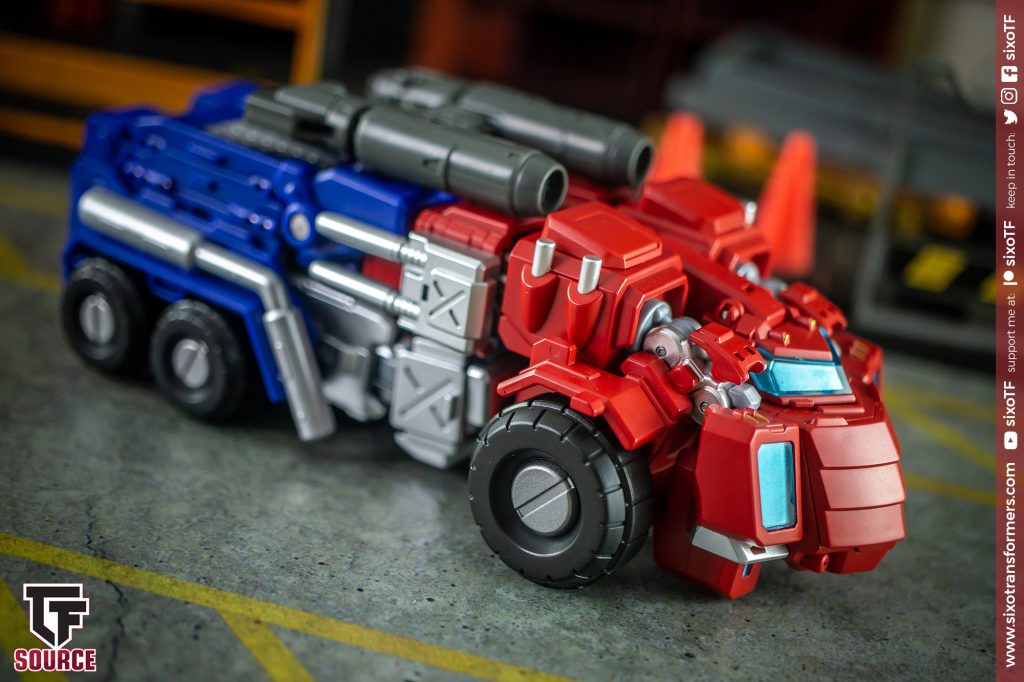 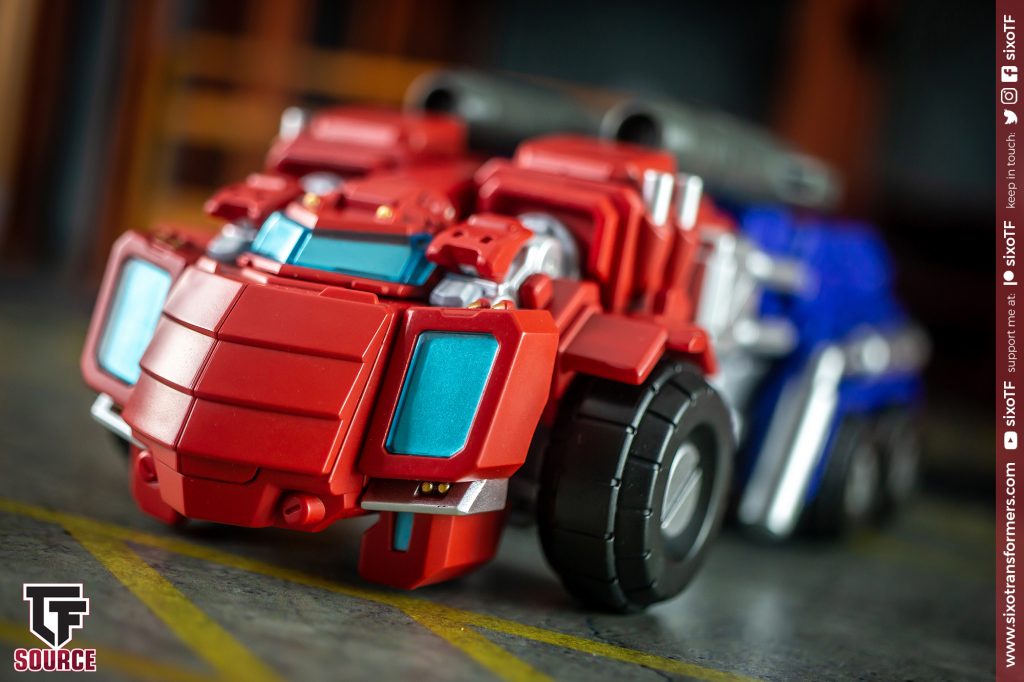 Then I have to credit this toy’s signature snowplough-esque aesthetic, as the front of the thing is one of the more distinctive designs I’ve seen done for this character in recent memory. It looks like some sort of ridiculous Cybertronian cowcatcher, yet still works with everything else going on here. 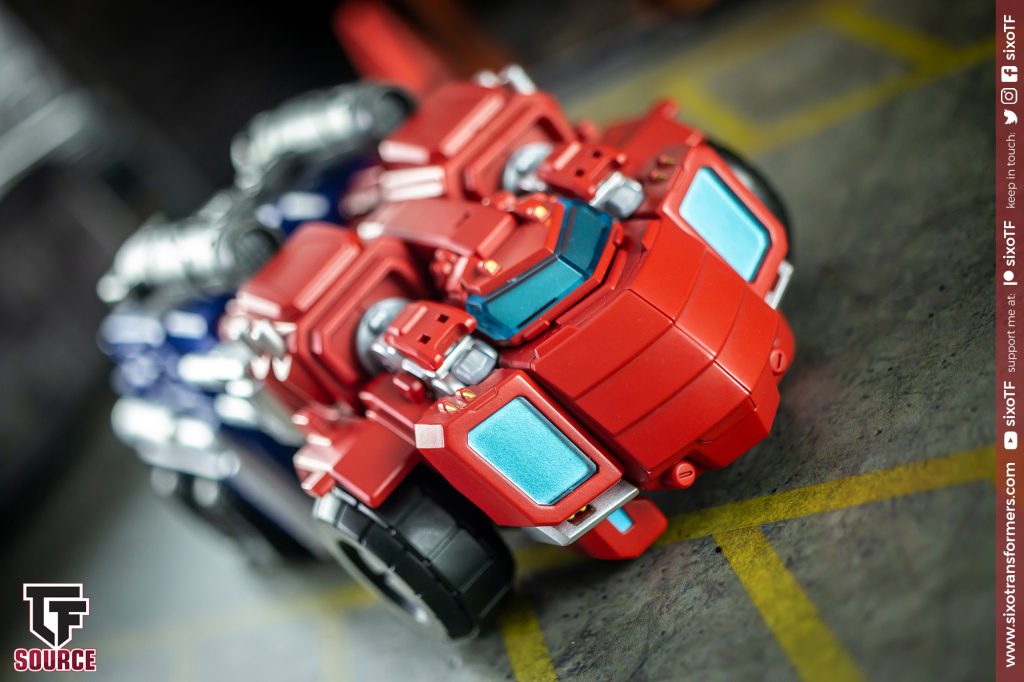 And all of this is to say nothing of those chunky wheels and just general badassery. This is not your father’s Autobot, maybe, but it’s a worthy entry into the canon all the same! 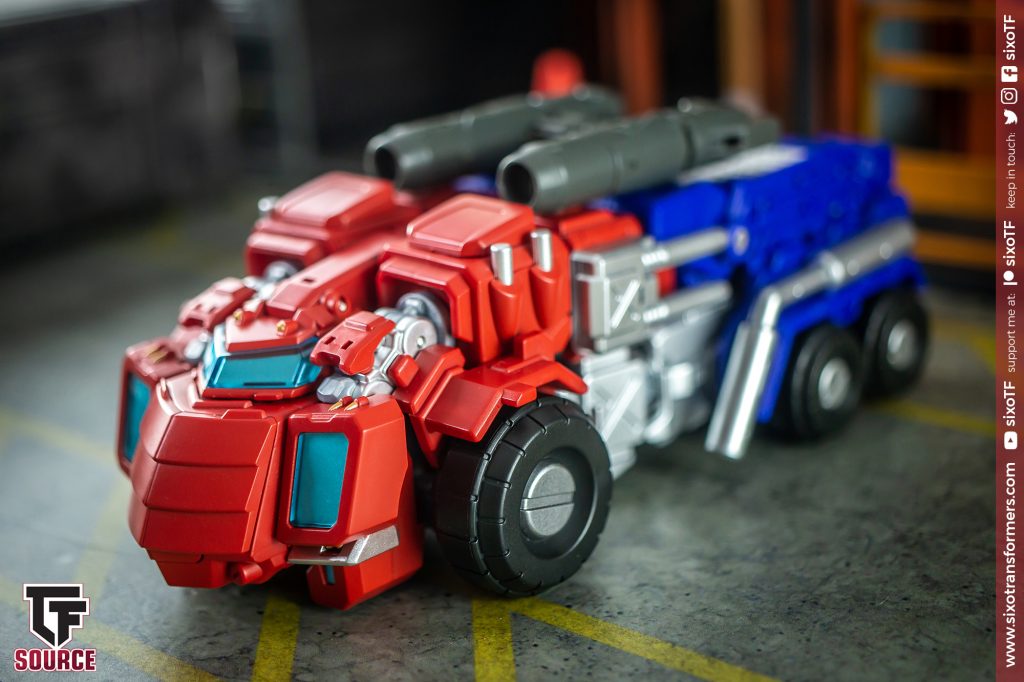 So then, an auspicious start for Optus Pexus, with MMC proving to be on fine form as ever, so far. 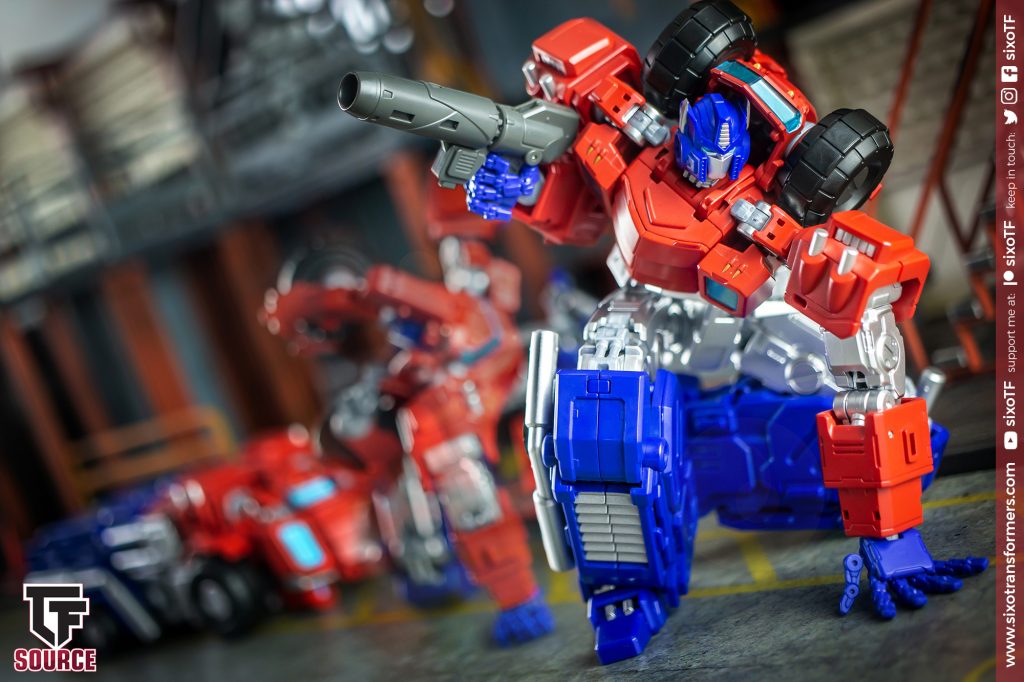 Join us next time, when we’ll be getting him transformed up and putting that robot mode through its paces!