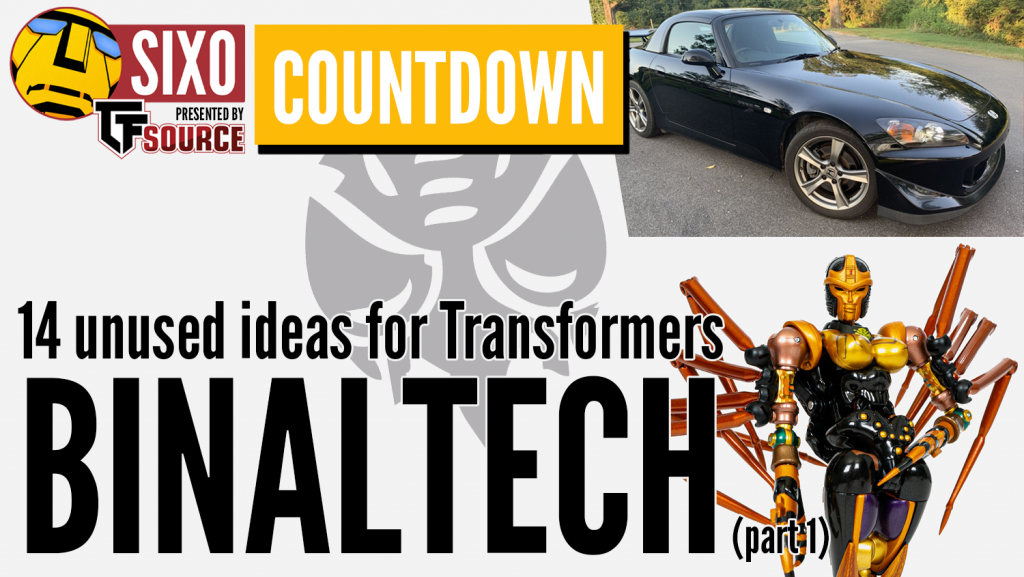 Just last week we were musing on ideas for different colour schemes that had originated in Transformers Binaltech, and now it’s time to ponder a few of the concepts that were considered for the line but sadly never came to pass. Some of these have been well-documented before and others are lesser-known, but all nearly made it to fruition in one form or another. Let’s have a look at what could have been… 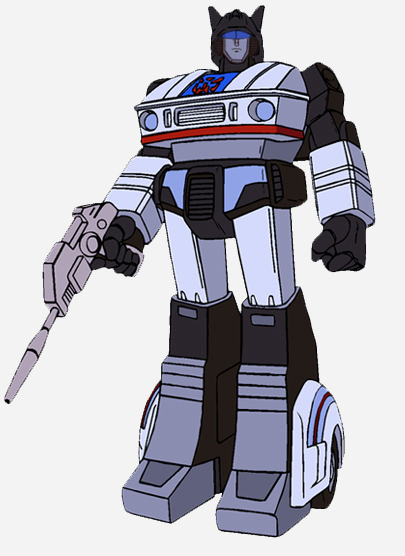 It’s now common knowledge that Binaltech was originally conceived to begin with the fan favourite character, Jazz. Takara (and Hasbro, for their Alternators equivalent line) had approached Porsche about licensing their 986 model for use as the alternate mode, but ultimately the company passed on the idea in no uncertain terms, having been quoted as saying, “Transformers are not worthy (of) carrying the Porsche trademark. They are war machines and the toyline in no way represents the lifestyle and ideas which Porsche represents.” Ouch. Still, HasTak were obviously hopeful at being able to turn the situation around, as they even went as far as producing a prototype of the idea (seen here from the pages of The Transformers: Binaltech & TF Collection Complete Guide). 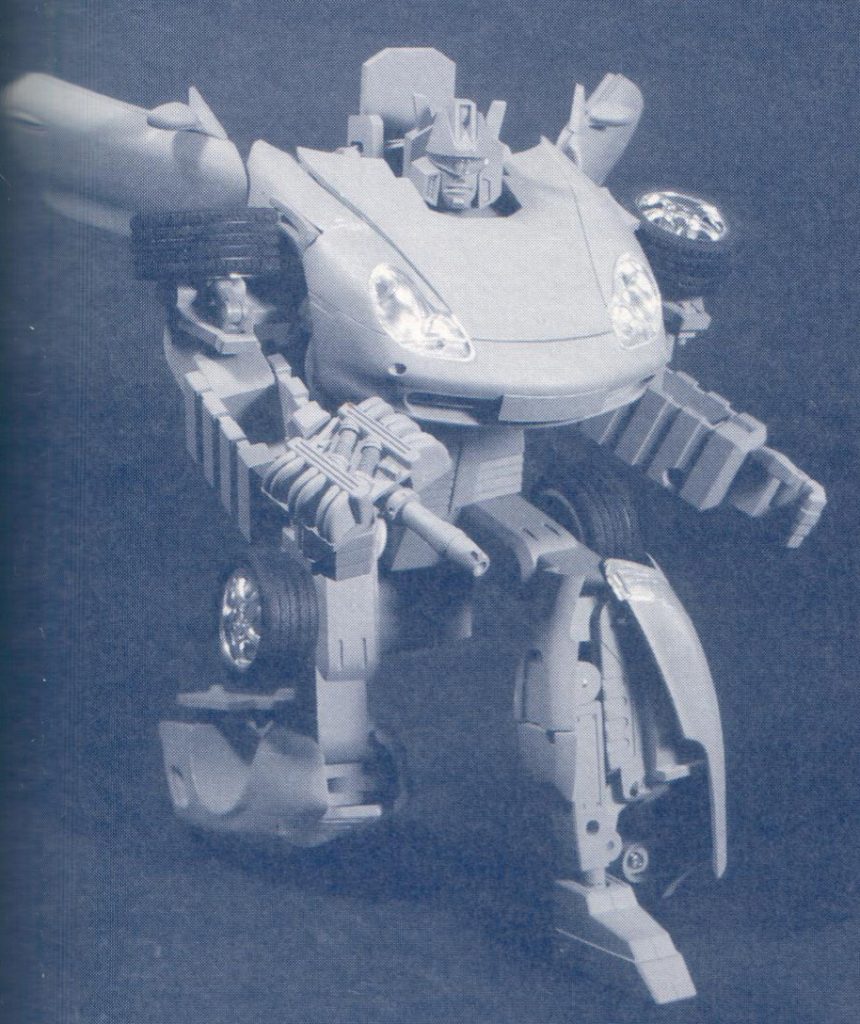 It’s fascinating to examine this piece of Transformers history now, especially as stylistically it’s a bit of a departure from the line we ended up getting after it was rejected. Still, there are hallmarks that tie it into the same era of design as some of the earliest released Binaltech toys, including similarly-styled hands to the Subaru & Mazda moulds, which were also underway either around or perhaps shortly after that time.

It’s also interesting to note that the headsculpt on offer here is entirely different to the one we eventually saw on BT-08 Meister, the toy that would go on to represent the same character, which is especially strange when you consider that release was originally planned to be a different character entirely (but more on that later…) and was changed to Jazz when HasTak finally realised the Porsche deal was never going to happen. Still, it’s fun to imagine what could have been, and even though the alternate form has never been publicly glimpsed, it presumably would have looked a little something like this. 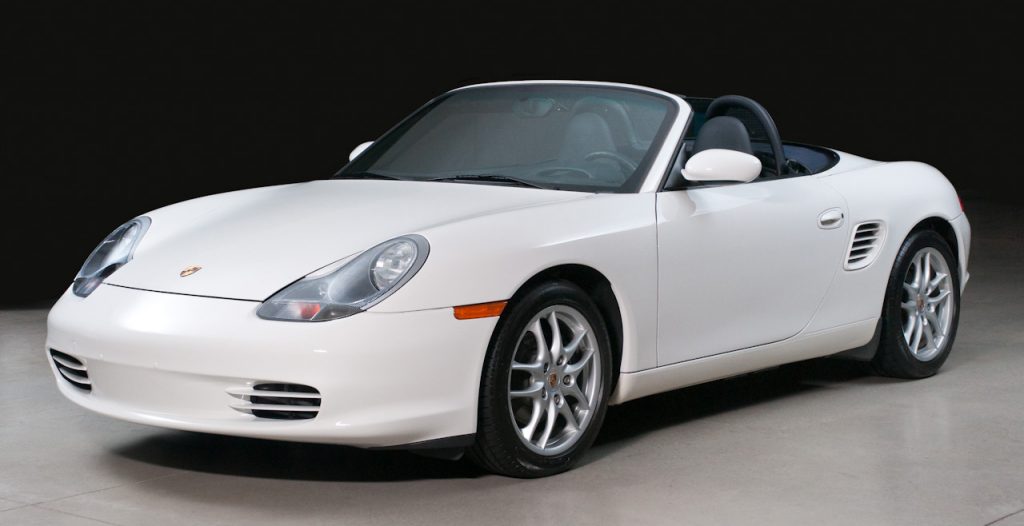 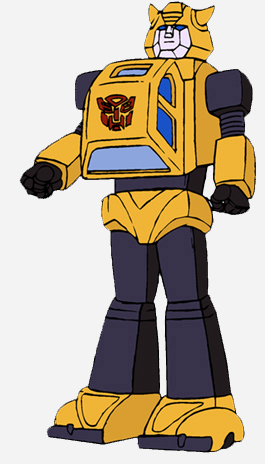 Another early idea for giving a classic character new life was Bumblebee, who would have been realised as a Volkswagen New Beetle. This was in line with the initial philosophy of Binaltech, which was to produce ‘direct upgrades’ of the original toys as much as possible, for example keeping the car manufacturers consistent with how they’d historically been portrayed. Sadly, VW took a similar position to Porsche and declined on the idea, although not before concept art was commissioned to show what it would have looked like! 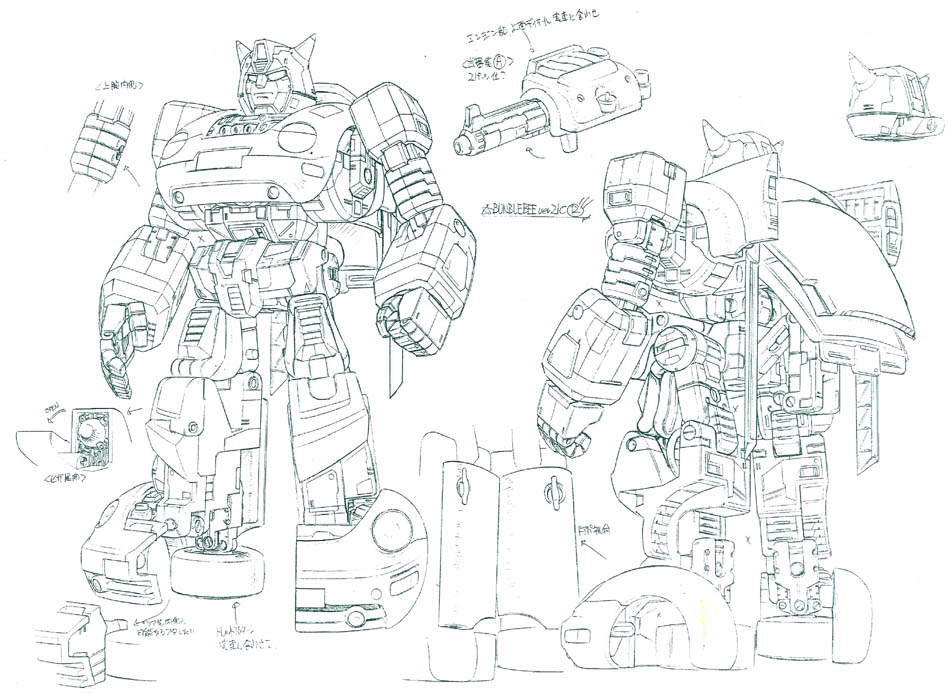 There have also been images of a supposed prototype doing the rounds since, although all evidence suggests that such a physical item was never actually produced (not to mention it looks nothing like the above drawings). Ultimately VW would go on to reconsider a partnership with Transformers, most notably licensing out the classic 1980s Beetle design for the Masterpiece line, but it’s still fun to consider what could have been. 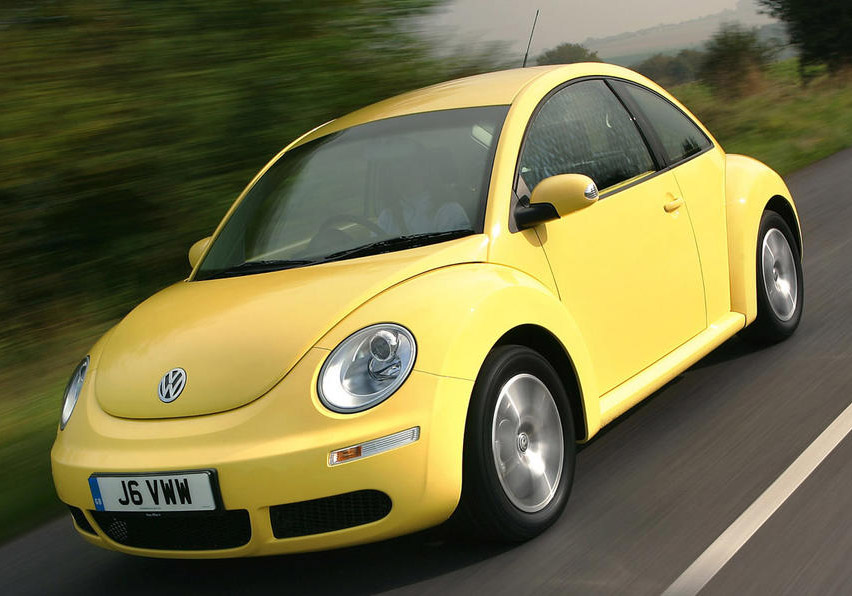 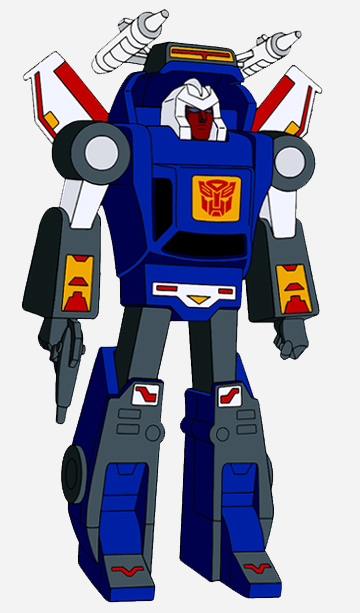 Now we move onto one of the more bizarre examples on this list, particularly because Tracks did eventually end up being released in the second year of the line, of course. However, the original plan for the character was very different, as although HasTak had wanted to use the character’s traditional form of a Corvette (in line with the ‘direct upgrades’ idea mentioned above), Chevrolet had not granted the licence to do so. So instead they decided to give him the form of another well-known American sports car, lining up a deal for him to become a Dodge Viper. A design was seemingly close to being final, although before it came to fruition, Chevrolet had a change of heart and granted the Corvette licence after all. Thus HasTak changed plans again and redeveloped the Viper design into what became BT-02 Lambor (or Sideswipe, if you prefer!). 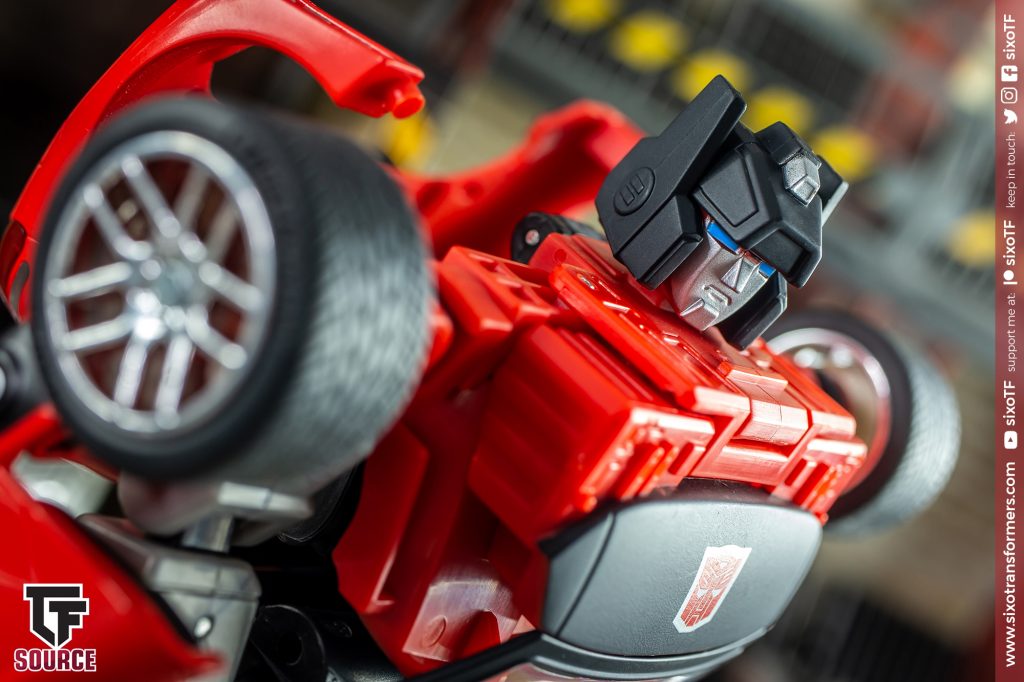 Naturally, there were a few changes to the initial design, not least of which was giving the toy a new head, leaving the original Tracks’ noggin to be reused for the subsequent Corvette figure released as BT-06. Whilst it’s hard not to think that everything worked out for the best (Tracks being a Corvette is always perfect, in my opinion!), the idea of that stunning Viper mode in a sublime metallic blue remains a rather potent mental image. That is assuming that it wouldn’t have followed the same trend as the Corvette toy by being released in yellow first! 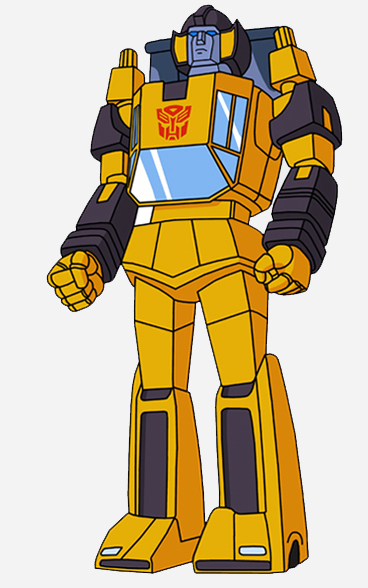 Alright, so in this case, both the character in question and the actual design of the toy both came to fruition eventually, but not in the way that was originally planned. You see, with BT-02 Lambor in the bag, a lot of fans were eagerly anticipating the idea of a Sunstreaker follow up before too long, and for a while, it looked like that was going to happen! The retooled Dodge Viper mould was unveiled and clearly looked a lot like the classic yellow Autobot in design, even down to a very G1-accurate headsculpt. There were then pictures released of the grey prototype alongside the original 1984 Sunstreaker toy, all teasing the idea that Sideswipe’s brother was soon to arrive… except then this happened. 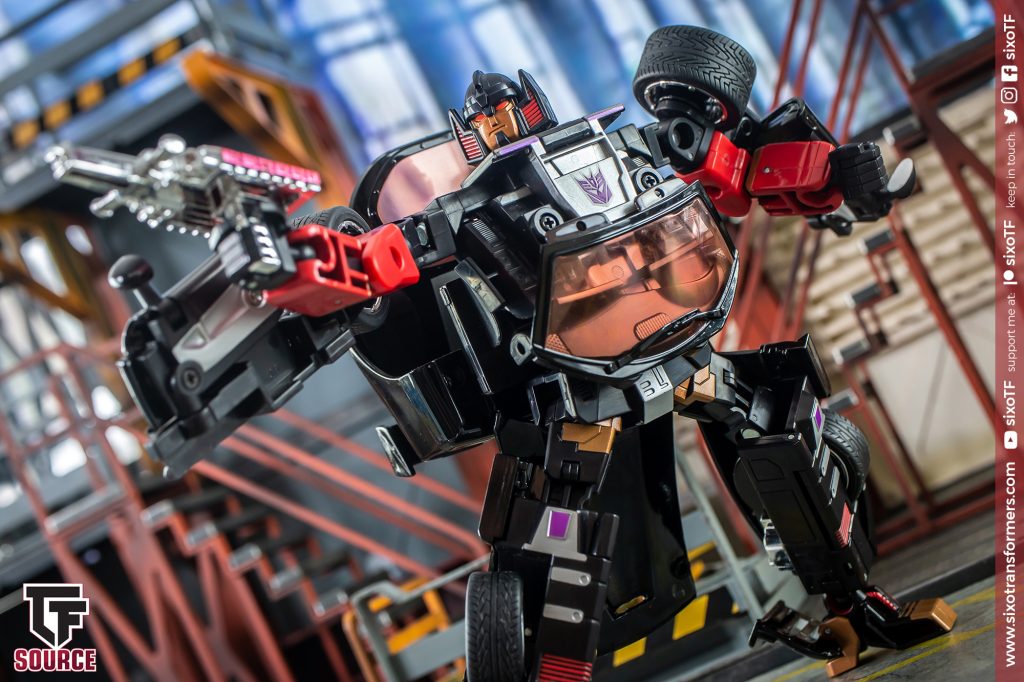 Yep, in a bit of a twist, HasTak decided to throw some Decepticon names into the mix, and thus repurposed the Sunstreaker design as the Stunticon, Dead End for BT-05. Now, for my money, I love the toy in its sultry black and red colour scheme, and I also adore the fictional explanation of it all, with the Decepticons stealing Sunstreaker’s body for their own purposes. However, I can also appreciate why this was such a massive disappointment for a lot of people at the time! Fortunately, Sunstreaker did eventually see the light of day in the offshoot Binaltech Asterisk line as BTA-02, so you could argue that once again, it all worked out for the best in the end, especially as we ended up with two incredible versions of the same toy! 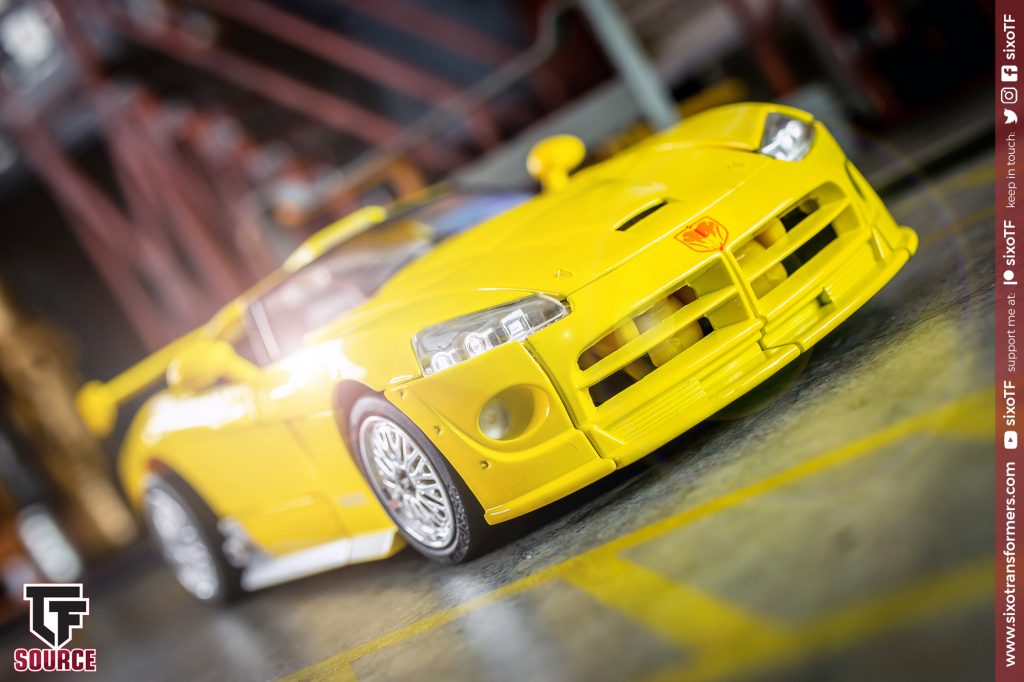 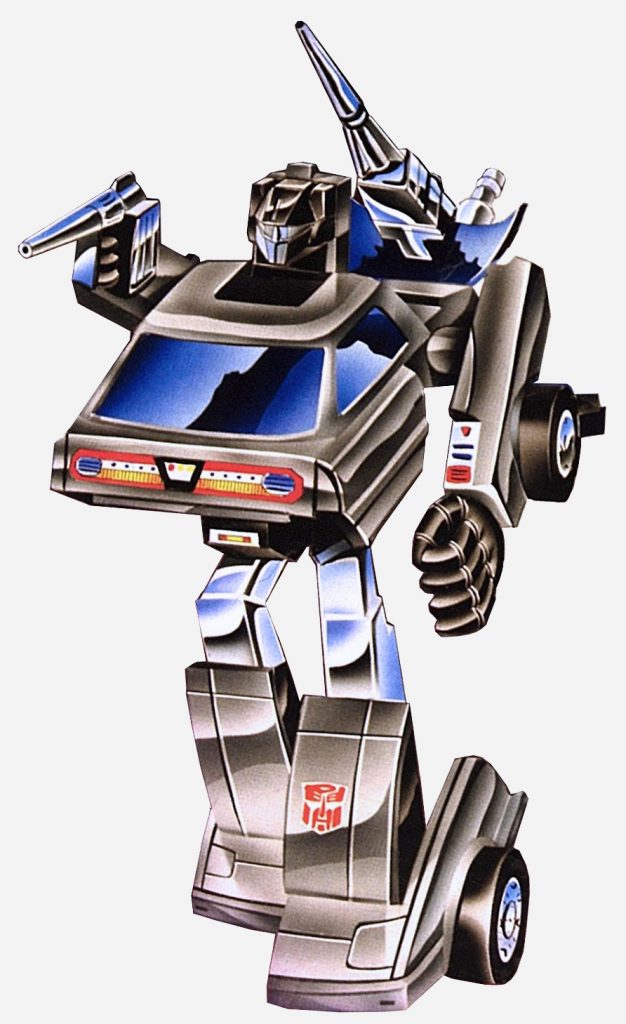 Right, now we move onto one of the more obscure characters on this list. Whilst Camshaft did find life in Hasbro’s Alternators line as a 2006 repaint of the Prowl design, he was originally slated as the first choice for the popular Mazda RX-8 figure back in 2004. Again, this was an example of the early ‘direct upgrades’ approach, as the character had been a Mazda RX-7 when released as a mailaway Omnibot during Generation 1. Ultimately, what scuppered the whole thing was the car in question doesn’t actually feature a camshaft as part of its engine (although rather ironically, neither did the character’s G1 equivalent alternate form…), and that was considered too much of an oversight for a faithful ‘licensed car’ toyline of this sort. By this point though, HasTak had concluded that the attempted deal with Porsche was never going to happen, and thus the character of Jazz was used for the Mazda figure instead (with a new head designed for the toy). We would go on to get a silver version of the RX-8 with BT-20 Argent Meister much later in 2008, but that was the retooled ‘Mazdaspeed Version II’ with new doors, fenders, skirts and a spoiler, so it’s still one to ponder. 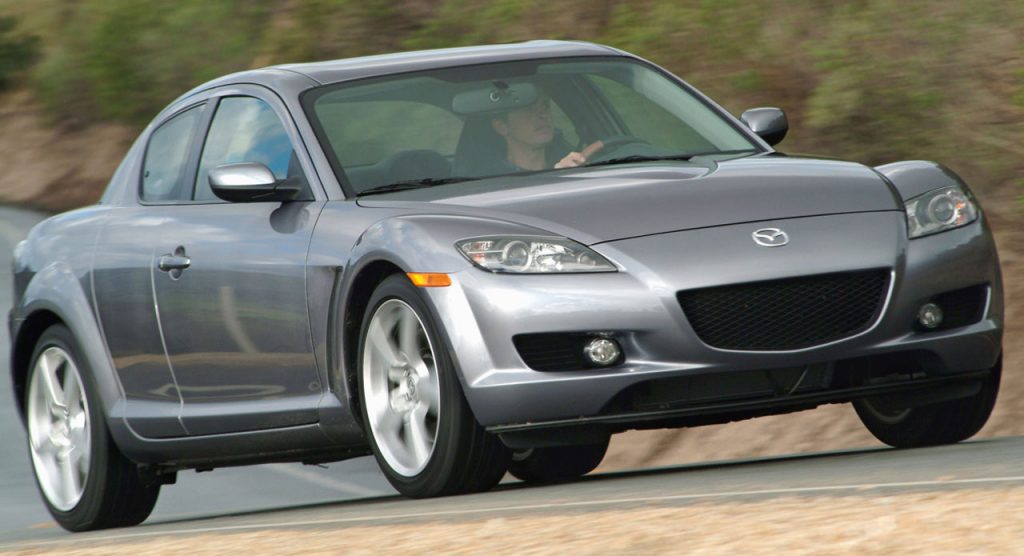 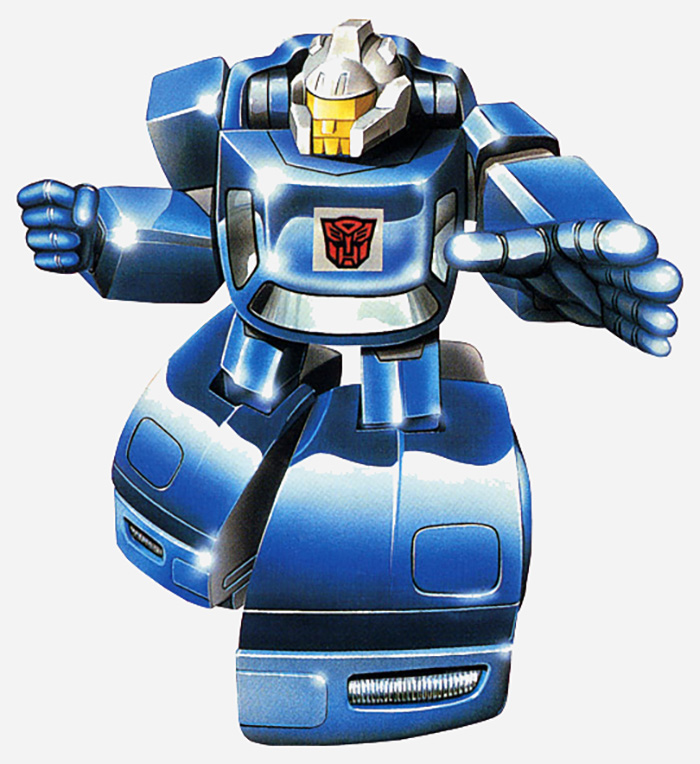 Here’s another example of a slightly less-known character that was originally the first choice for a new mould, perhaps again showing how HasTak’s initial approach was to feature more Autobots with had traditionally had car forms in Generation 1. In this case, Freeway had previously been portrayed as a Chevrolet Corvette, but perhaps the fact that a blue take on that car had already been done with Tracks was the motivation needed to consider the character for the Mustang design. It’s not known to what stage these plans went, as neither design drawings nor a prototype have ever seen the light of day, but there were store listings that confirm it was in the works for the Alternators line at one point at least. Of course, something changed behind the scenes and the toy would go on to be released in silver as Grimlock instead (and latterly as Wheeljack), but just imagine how amazing it could have looked in blue! 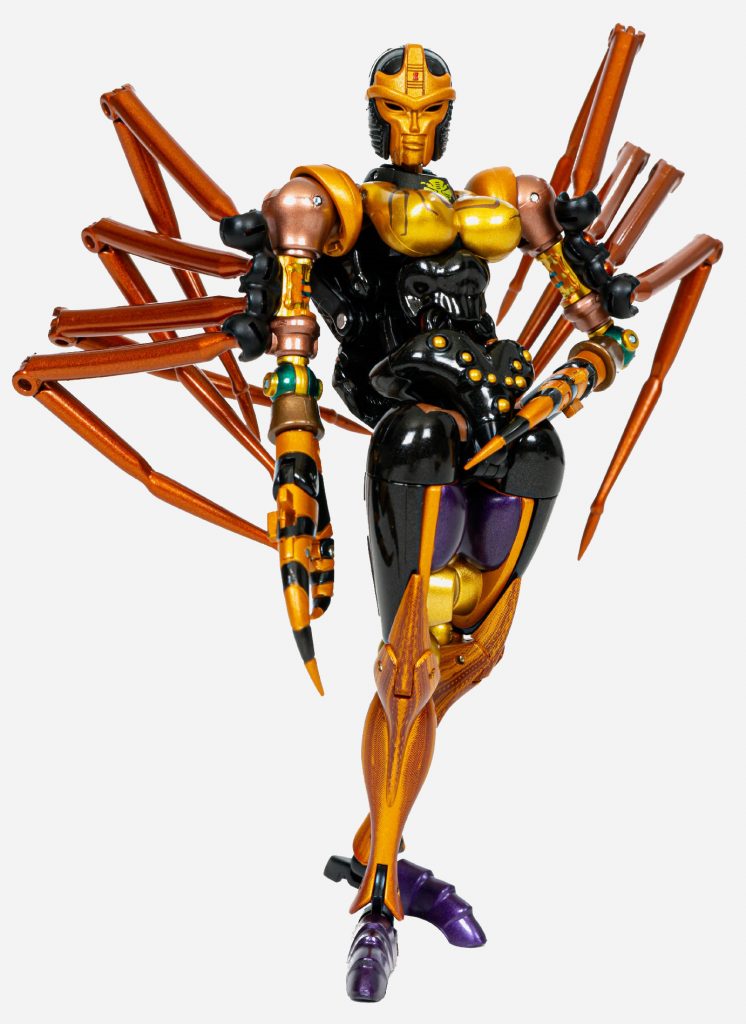 Now we come to something a little beastly! As both the Binaltech and Alternators lines continued, there were numerous exclusive versions on both sides that started to catch the eye, one of which was Hasbro’s release of the new character known as Decepticharge. That toy was a retooled version of the Honda s2000 mould, now with a rear spoiler and a newly-sculpted head (which, interestingly, was based on Windcharger’s animation model and had been considered for their release of the original red version of the mould a year or so prior). Takara then evidently considered a few different ideas for bringing this retool over to their own line (particularly as they didn’t want to use Decepticharge, with the racing tampos from that toy not fitting in with the ‘real world’ aesthetic they had going on), one of which was Beast Wars Blackarachnia (or rather, Black Widow, as she is known in Japan). 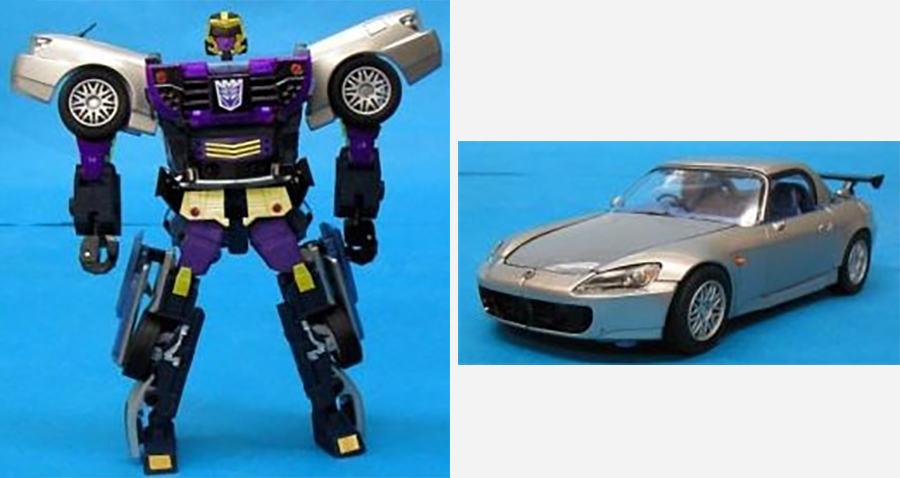 Sadly these plans were abandoned fairly late into the process around 2005, seemingly because Takara feared releasing another repaint at the time would not be good for sales, although the above prototype was made and has been seen on display since. The colour scheme is a bit of a departure but seems to take cues from her Transmetal 2 design from 1999 (which was also featured in the cartoon’s third season). It’s interesting to also note that she would have sported a Decepticon logo, despite having flipped allegiances by the time she was upgraded from her original form. Of course, this retooled take on the design would go on to find life in Binaltech eventually, being released as Arcee (who had also shared the Transmetal 2 mould with Blackarachnia) in the last days of the line in 2008. 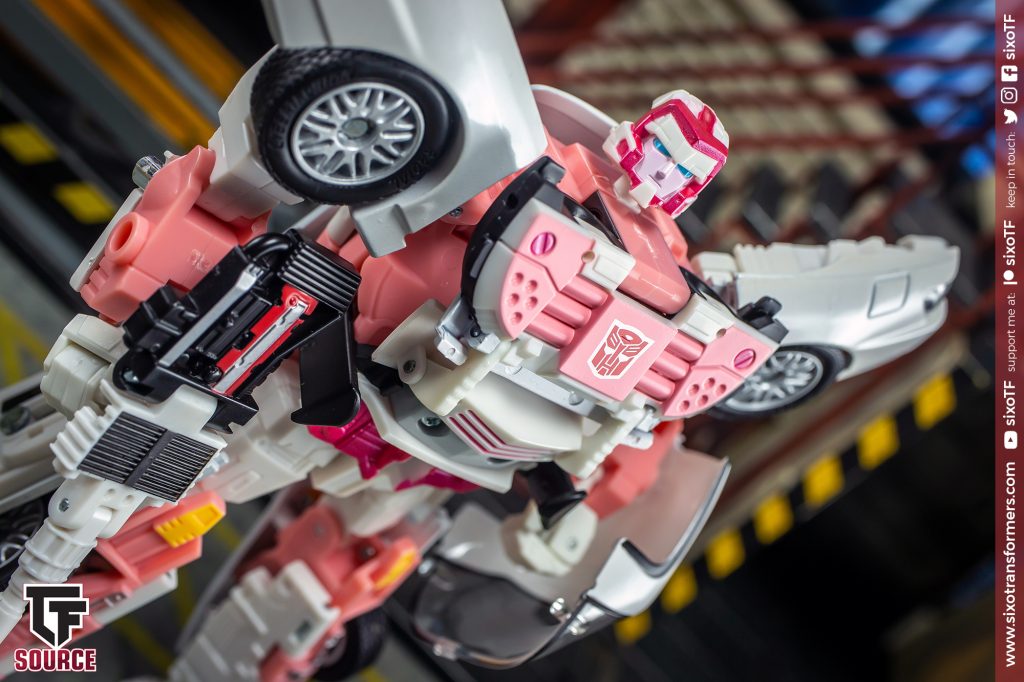 Whilst the toy we received is indeed amazing, it still would have been fascinating to see Takara mixing it up to such a degree (and would have been a further Beast Wars nod in the line alongside the BT-11 Ravage release). It would have also been another very welcome use of that stunning Honda S2000 design (seen here with the spoiler in black, even if the toy would have been silver!). Ah, what could have been, eh? 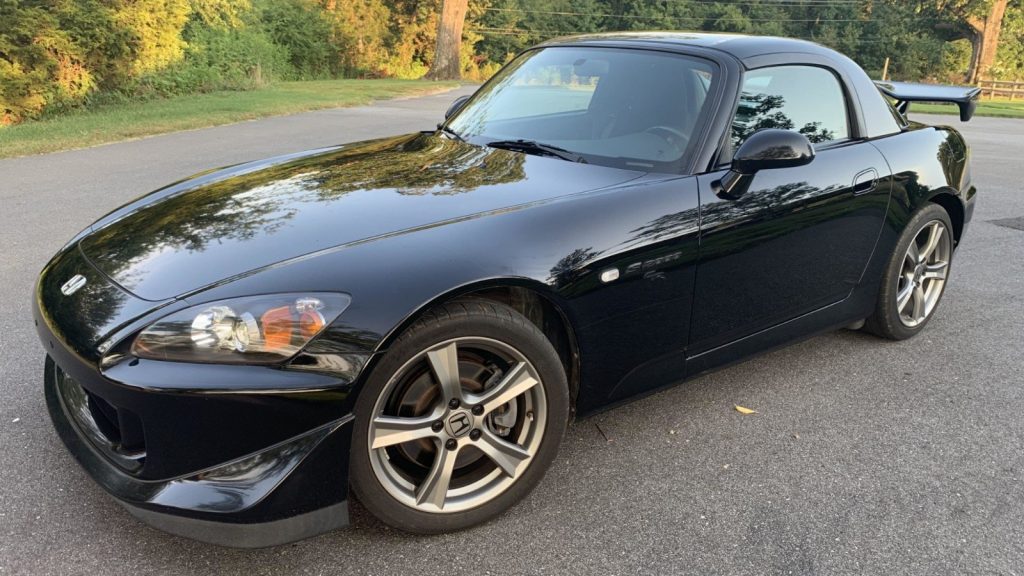 So that’s part 1 of our list! Be sure to check back in a few days for part 2…

This entry was posted in Source Articles Tagged with Binaltech, Countdown