COLLECTING THOUGHTS: Just who on Cybertron is Masterpiece Skids? 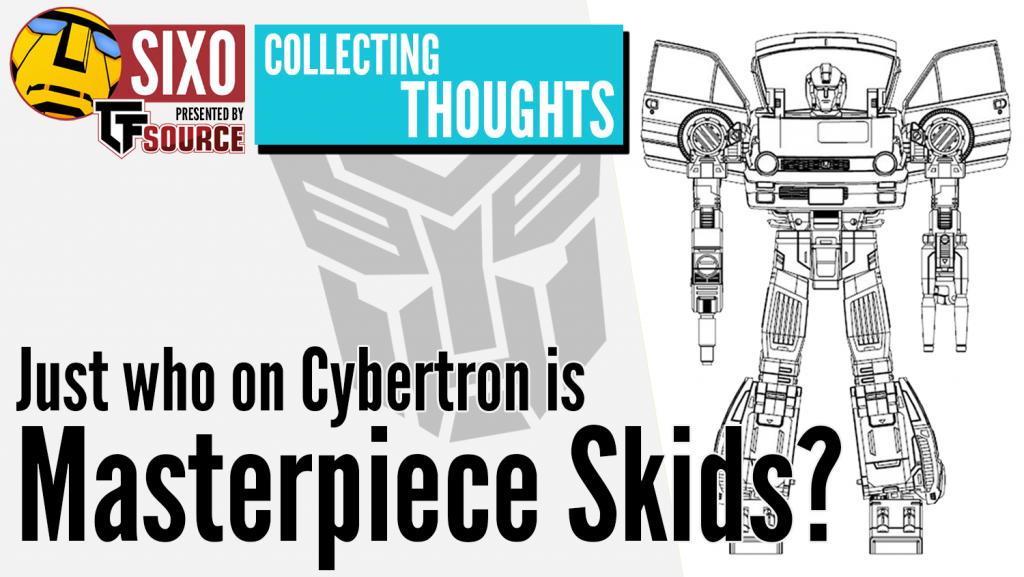 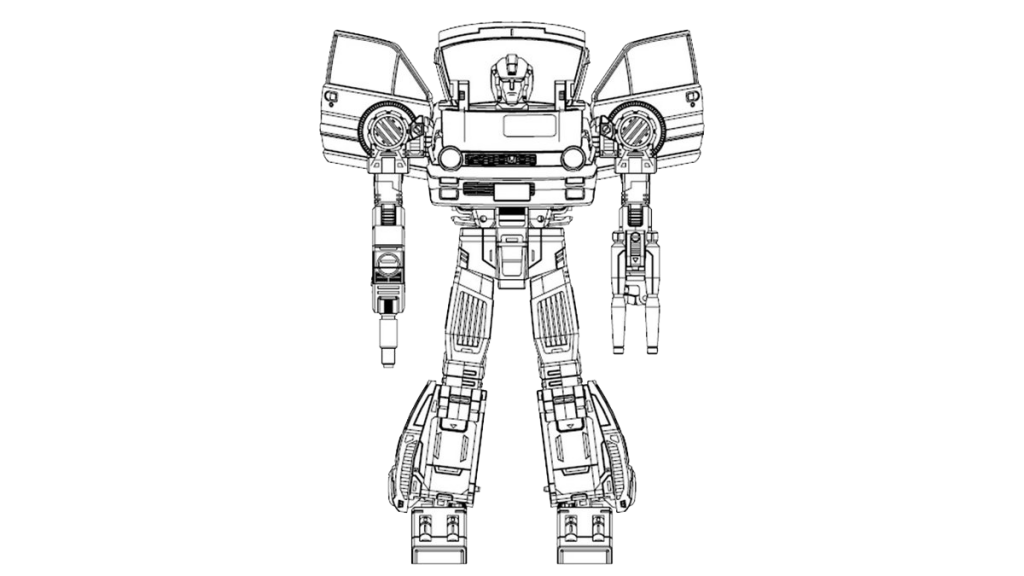 And why not? Historically, Masterpiece is a bit of an “event” line, after all, especially back in the days where we only received a new toy every year or so. Even today it’s not like the release schedule is so hectic that they all blend into the background! So when there’s a new one on the horizon, it’s just part of the fun to pour over every available detail and speculate about how it will eventually come together. And perhaps no recent Masterpiece release has given as much cause to do so than the newly-announced Skids. 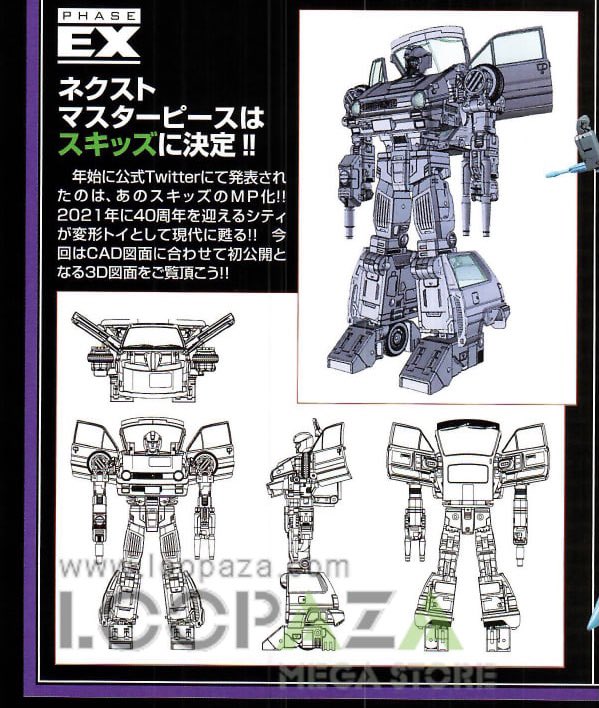 With new drawings having just dropped this week in the latest Figure King magazine, we have an even-clearer look at what appears to be one of the more-unique Masterpiece designs in recent memory. For one thing, it doesn’t appear to be the usual slavishly-cartoon take that we’ve seen so much of in the line in the last few years, and appears to incorporate a number of different influences into the design. The initial reveal even teased the idea that this will be a “hybrid version” of sorts, although without clarification of what exactly that means. 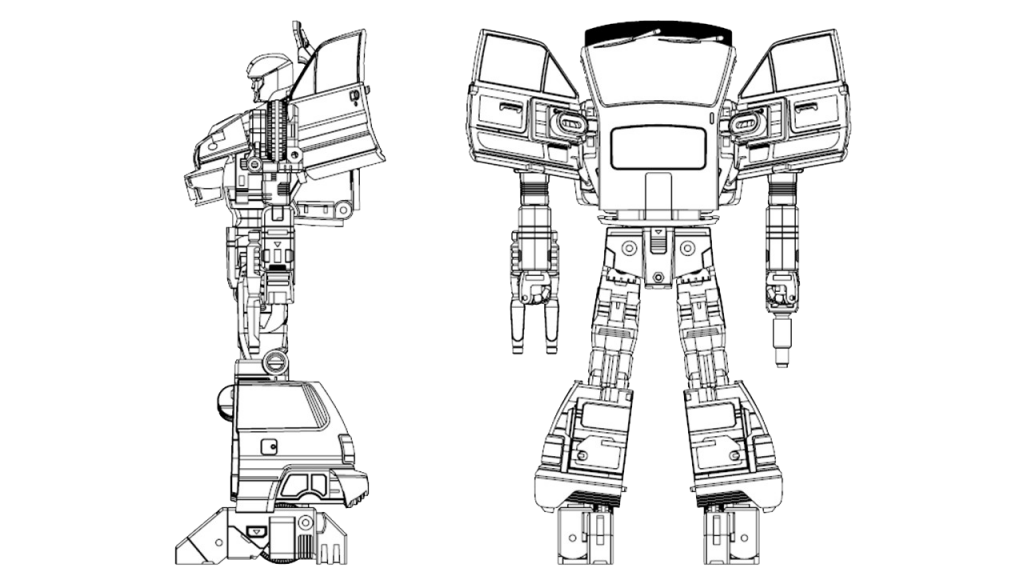 Cue speculation, as I say. At the very least, it appears that the new toy will feature design cues beyond the animation model, and may even look to take some inspiration from the original Generation 1 Skids toy, as well as peppering in one or two other elements along the way (although at present it’s not entirely clear what those are!). 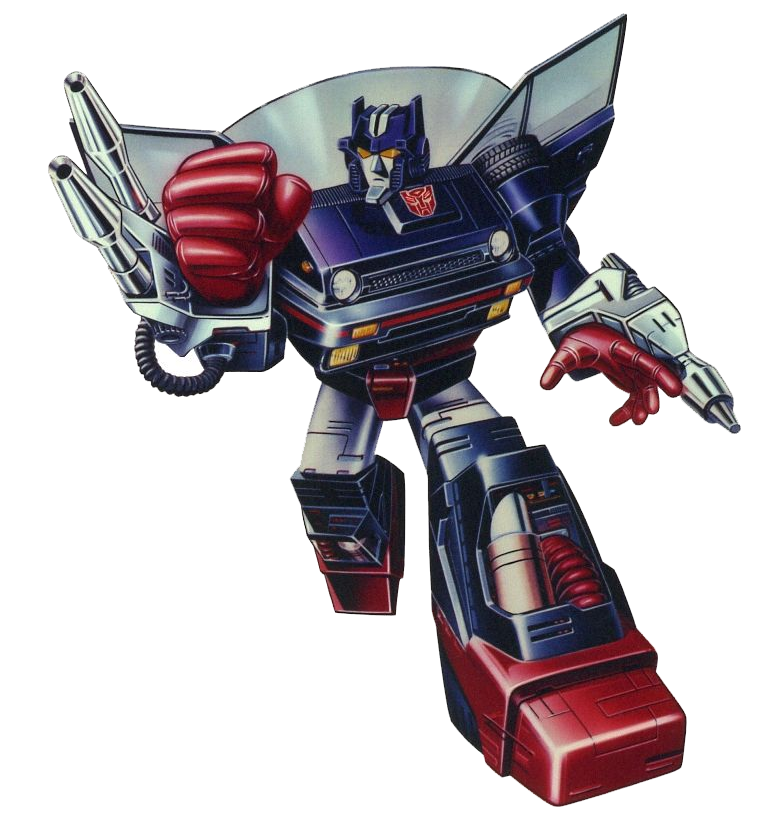 It’s interesting as it’s definitely not just “toy-style”, as some have proclaimed, though, so we may just need to wait and see more before judging exactly how this thing will look come release-time (or indeed what that means for the future of the Masterpiece line). For now though it’s just interesting to consider that a character like Skids is even up for the MP treatment to begin with! 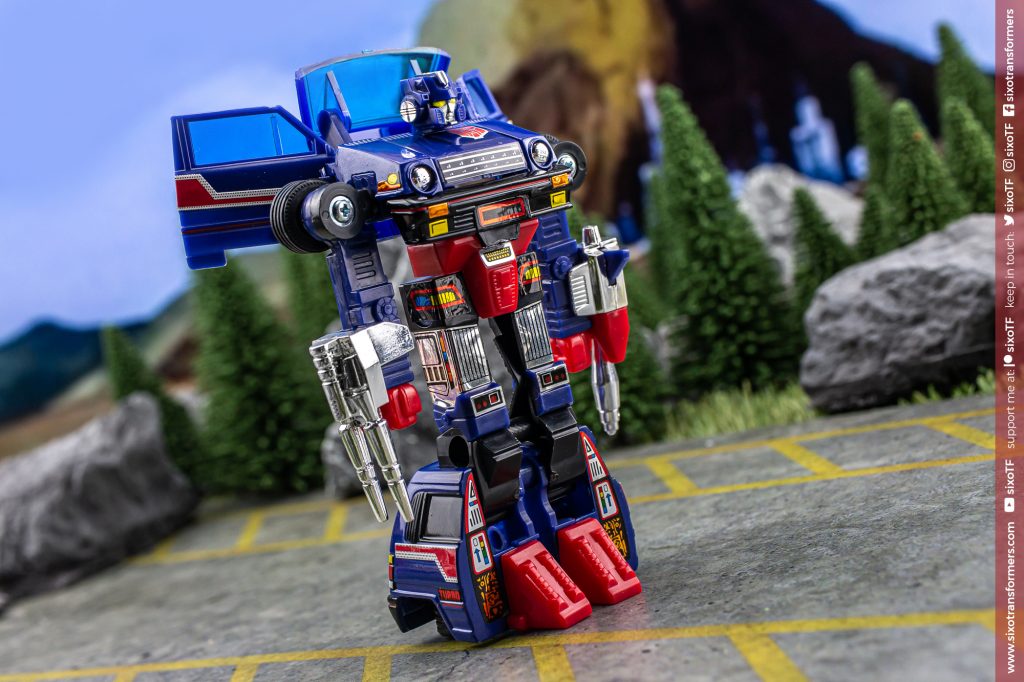 After all, he’s not exactly the most celebrated or omnipresent character in Transformers history, and if anything is a bit of an oft-forgotten underdog as far as the franchise goes. A lot of that stems back to his original release, which is one of the more interesting cases of the very early days of the line. Despite often being thought of a 1985 toy, he actually first hit retail toward the very end of 1984. However, because he was added so late to that first assortment, he then missed out on all the promotional buzz too, so flew significantly under the radar from the very beginning! 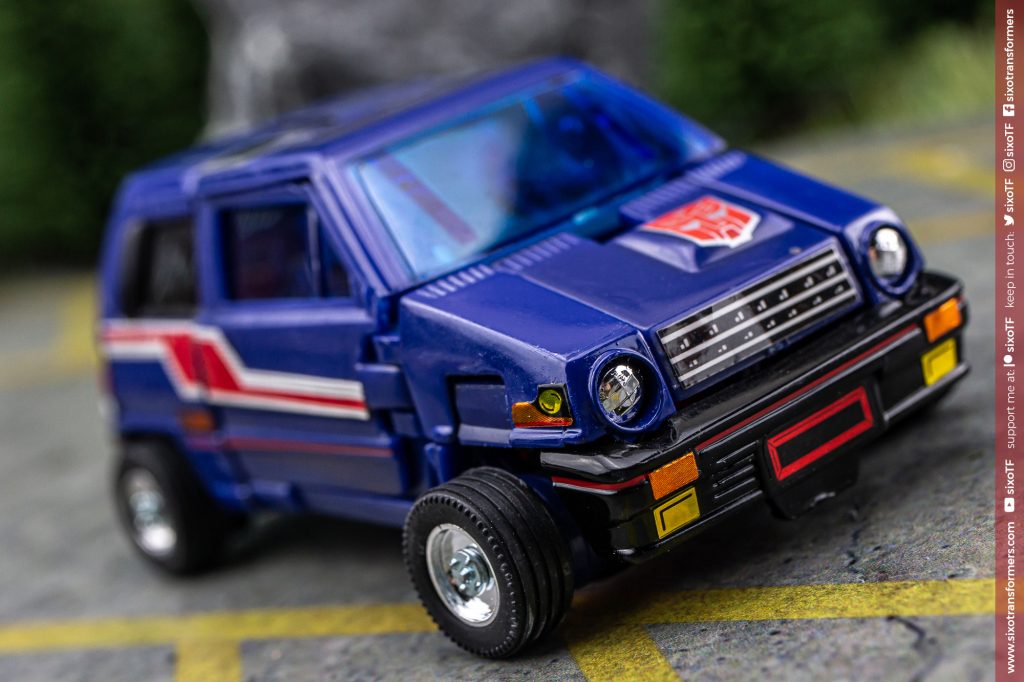 Skip forward a bit and you might think that Skids finally got his time to shine with the rest of the 1985 range, but it was not to be. As he was technically a first-year release, he was then short-packed for the second wave of toys despite having only just debuted himself, meaning that he was produced in significantly fewer numbers than a lot of other toys at the time. Not ending up in as many children’s hands is one thing, but his lack of notoriety was compounded by not being featured in the subsequent toy adverts supporting the 1985 line, likely due to his “in-between” status. 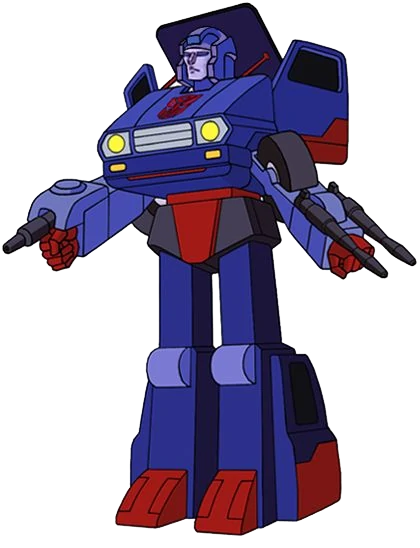 Of course, toys were one thing, but a character can still become memorable if their portrayal in fiction strikes a chord with audiences. Unfortunately for Skids, the weird situation surrounding his release meant that he was missed when the 1985 roster of characters were initially submitted to Sunbow for inclusion in the cartoon’s second season, hence he doesn’t appear with anything like the same frequency as other examples from that year. 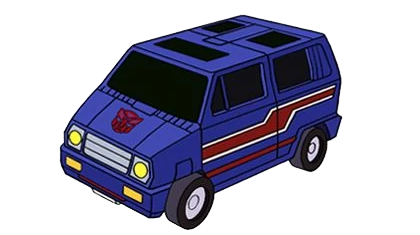 In fact, Skids’ time in the cartoon is blink-and-you-miss-it stuff. He pops up in a mere two episodes, neither of which could be considered more than a cameo appearance at best. Perhaps it is for this reason that TakaraTomy are seeking influence for their Masterpiece release beyond the current animation focus of the line, although again, that’s mere speculation at this point. 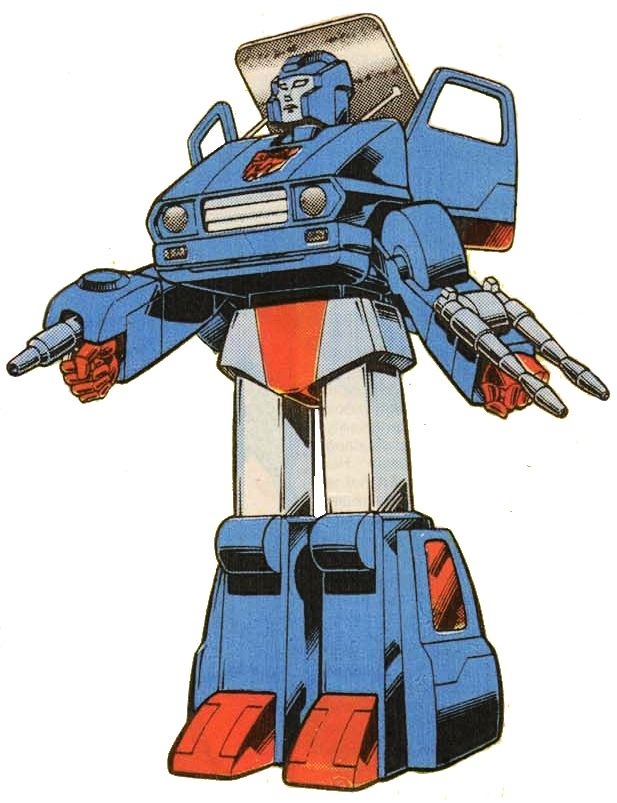 The character did feature a little bit more in the Marvel comic adventures from the time, mind, first debuting in the 1985 storyline, Rock and Roll-Out! He was pretty much background fodder for his first few appearances, but he did at least get a couple of notable moments in the spotlight, not least of which is this very memorable appearance in 1986’s Showdown!

See, he’s not always so hard done by! Unfortunately though it wasn’t long before Skids faded into storyline obscurity yet again, presumably as a result of his toy not remaining on shelves and the comic needing to promote new product. But did he at least go out in some blaze of glory as befits one of Cybertron’s finest? No, he was sent to “limbo”, a black void of nothingness where he floated around aimlessly for no less than two whole years, being munched on by nasty green psychic parasites. At least it created a memorable image, eh? 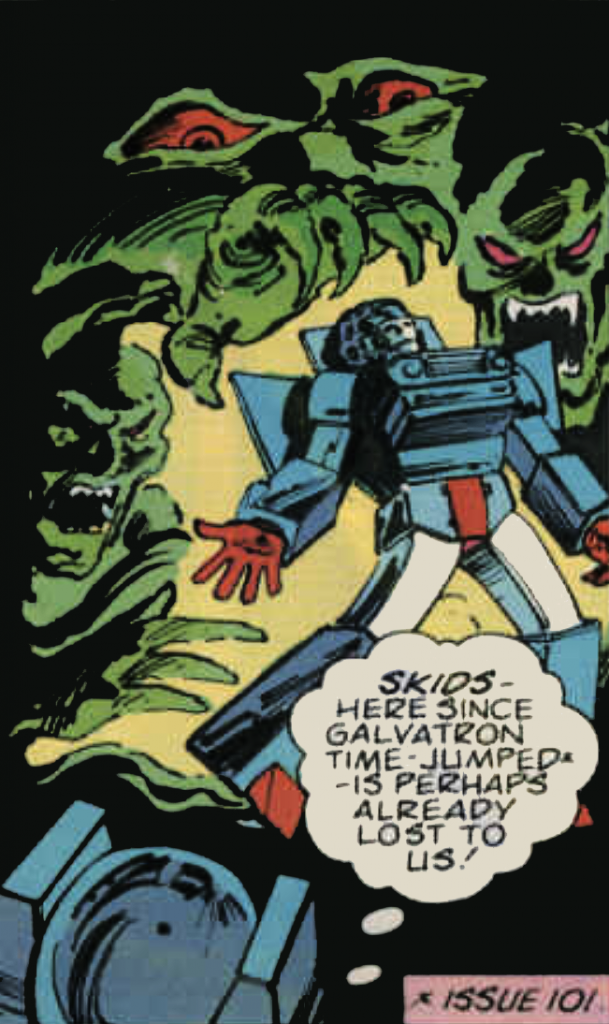 Skids would eventually make it out of limbo and live to fight another day, but he never did anything of any consequence ever again. Perhaps the most damning indictment of his influence in the comics is found in his TFWiki profile, where it rather depressingly states,

“While Skids was lost to Limbo in the UK comics, no such fate befell him in the American stories. Luckily enough for continuity’s sake, he never did anything important in the US comics again, only showing up in crowd scenes. To maintain consistency, the UK printings of these stories either redrew Skids into a different, generic robot, or erased him from the art entirely.“ 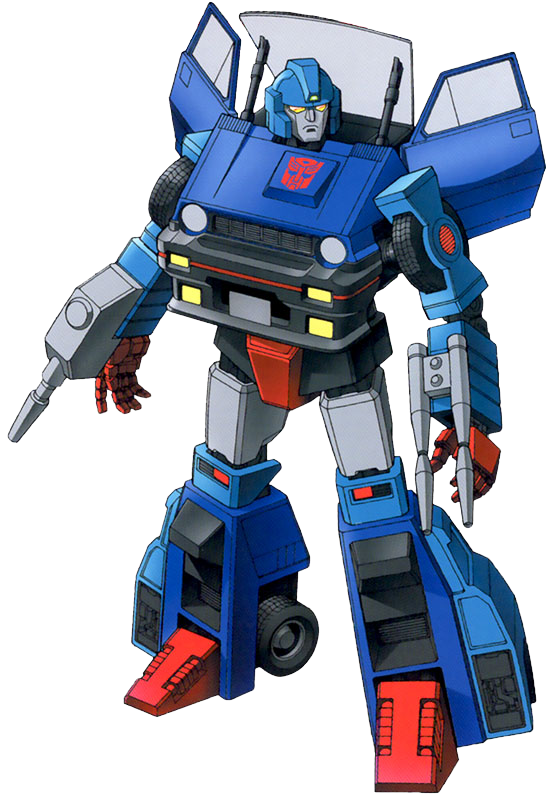 Anyway, fiction may not have been kind to Skids but he did eventually make it back into the collective Transformers consciousness when his G1 toy was selected for the reissue treatment. It was first re-released by Takara as part of The Transformers Collection in 2002, and then for Western collectors by Hasbro as part of their Commemorative Series in 2004. It was at this point that a lot of fans first had the opportunity to handle the figure for themselves and discovered something very important indeed… it’s actually a complete belter, and arguably one of the best car toys inherited from the original Diaclone line. 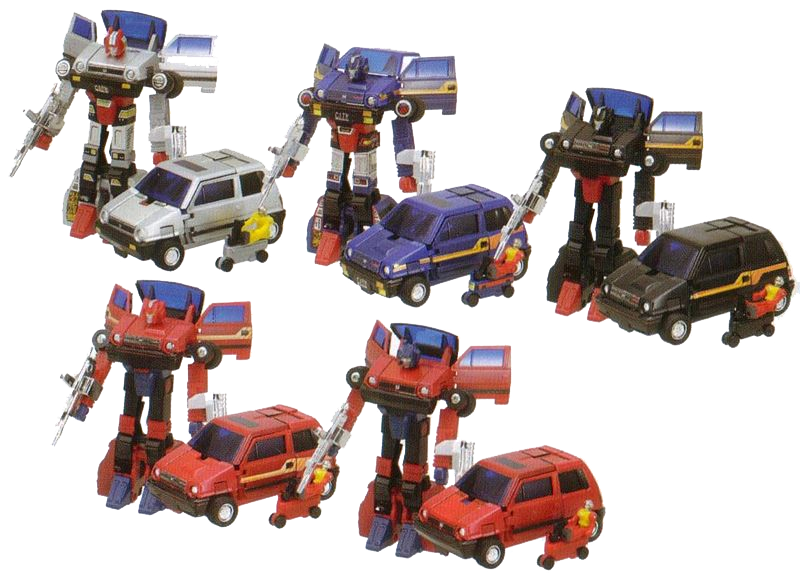 I say that without a word of hyperbole, too – it really is excellent indeed, and boasts a number of features that make it feel slicker and more polished than many of its 1980s contemporaries. Nifty touches such as the way the wheels fold under his feet are excellent, and he’s rocking an incredible head sculpt and a plethora of weaponry too. There’s even a small scooter accessory which stows away inside his boot!

The real irony here, of course, is that despite Skids’ lesser-known status under the Transformers banner, the Honda City Turbo toy design was actually one of the more prolific in Diaclone! As well as his familiar blue, there were red and black varieties, as well as a Honda City R retool (the silver version of which would eventually see life in Transformers, as the e-HOBBY exclusive, Crosscut, in 2002). 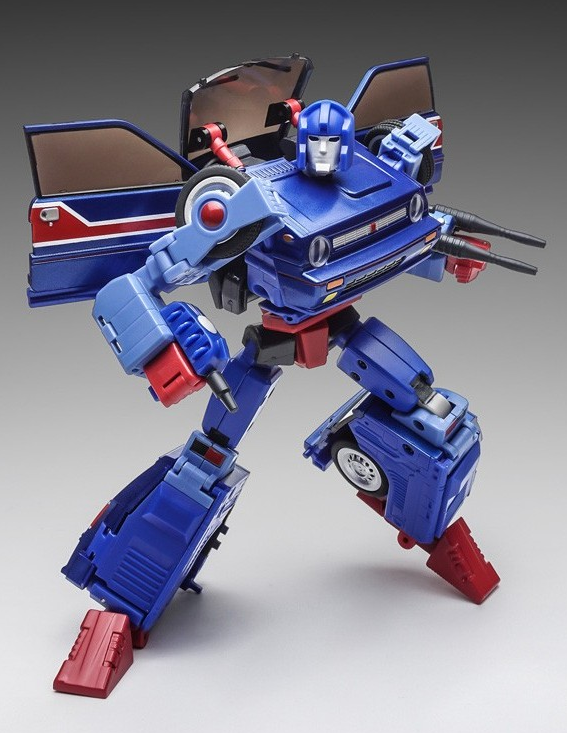 So, Skids has certainly had a long and interesting history (despite so much of it never garnering much attention from the majority of Transformers fans) and now, finally, it seems like it’s his time to bask in the spotlight with his new Masterpiece release. It’s not the first take on the character we’ve seen in the style, of course, with X-Transbots having claimed that landmark with their Savant release just a couple of years ago, but it will be very intriguing to see what TakaraTomy now do with the official release.

Will this be the perfect blend of cartoon, comic and toy influences, all mixed up in one balanced design? Will this new release be a worthy successor to Skid’s excellent vintage toy? Will the new style mark the end of slavishly cartoon-accurate Masterpiece figures? Time will tell, but it’s going to be fun analysing all of this and more as the journey towards release continues.

One thing is for certain though, Skids has never had more attention than he does right now, but let’s face it – he deserves it at long last.

This entry was posted in Source Articles Tagged with Collecting Thoughts, Masterpiece, Skids

COLLECTING THOUGHTS: Just who on Cybertron is Masterpiece Skids?