COUNTDOWN: 9 crazy repaints we can’t believe were released in TF: Universe (& 3 we wish were!) 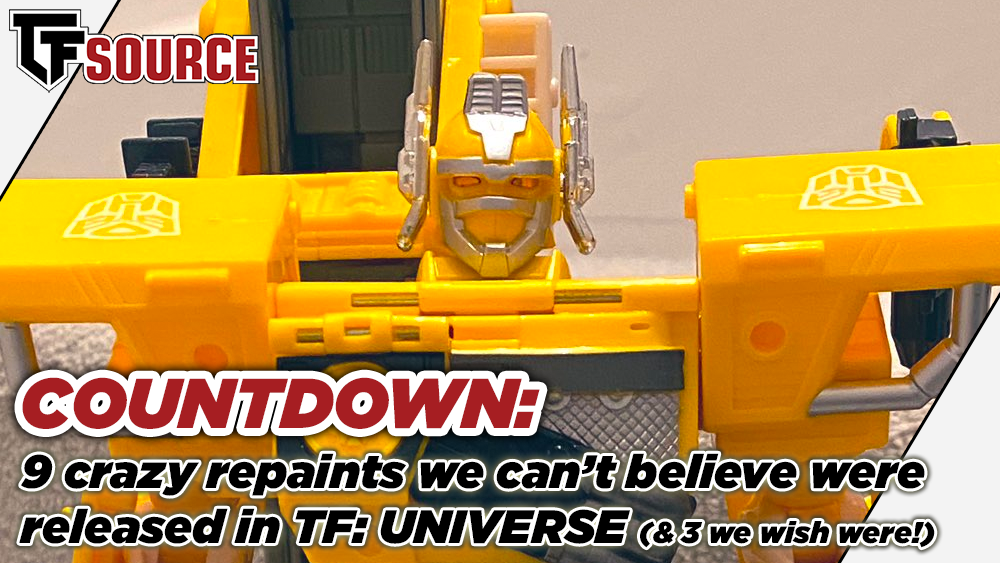 The 2003 Transformers: Universe toyline will go down in history as being remembered for one thing – crazy repaints! As the first full line without any previously-unproduced moulds*, the main draw to the 2003 roster was very simple – go bold or go home. Hence there were a large number of weird but wonderful new paint jobs given to designs from every previous iteration of the franchise at that time. Well today we’re looking back at 9 of the most bizarre (and the best!) as well as 3 that never made it into production, sadly!

*Before anyone mentions Machine Wars to me, the smaller “flipchanger” toys were designed for G2 but never released, so can be considered as new moulds for the 1997 series. 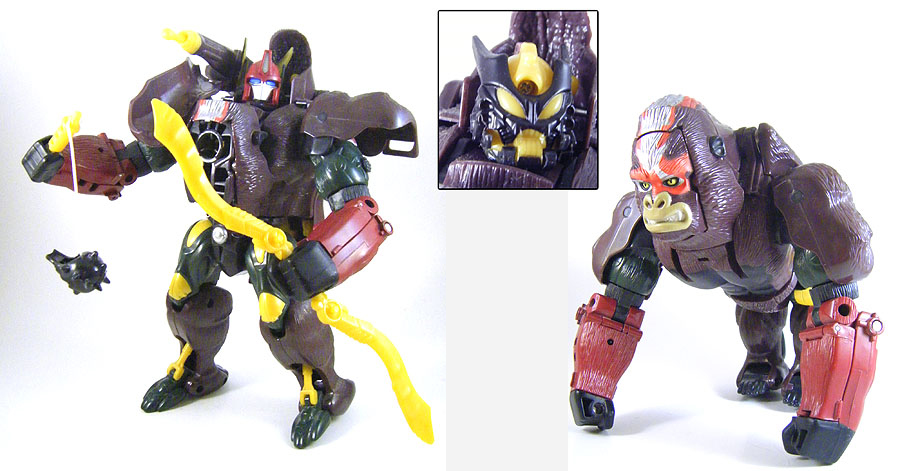 An abundantly-colourful repaint of the original Ultra Optimus Primal toy from the very early days of Beast Wars, this toy was eventually repurposed as being the Shattered Glass version of the Maximal commander. Whatever the story behind it, there’s no doubt that this is a bizarre but surprisingly striking take on the toy, with elements such as the paint applications on the gorilla face bringing out a lot of the character of the design. They even upgraded some of the toy’s inner mechanisms for the arm-swinging gimmick, so there was no monkeying around with this one. 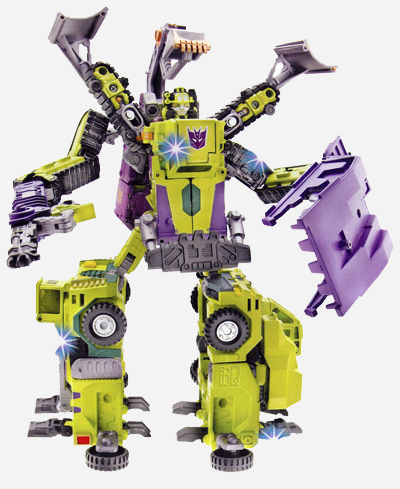 It’s official – if you have a set of Transformers construction vehicle toys then they *must* be released in a green and purple colour scheme at some stage (especially if they combine). To not do so would be against nature. So it was with the Robots in Disguise 2001 Build Team, who were an obvious set of candidates for the Universe treatment despite making just about the weirdest-looking Devastator we ever did see (although he was given some competition by 2004’s Energon line). As a side note, the Micromaster Combiner Sixbuilder set was also repurposed into a Devastaor design, but it’s the ex-Landfill crew that is the real oddity here! 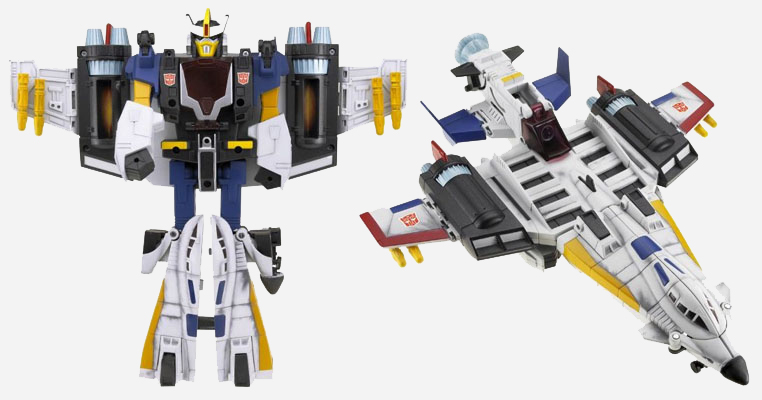 King Atlas is a repaint of Generation 1 Skyquake, who was of course also released under the Machine Wars banner as Starscream. The unusual thing here is that it’s an apparent homage to Dai Atlas, from 1990’s Zone line, although it’s perhaps not all that obvious until someone mentions that to you (aside from the name connotation, of course). Either way, this is a fascinating take on an already wonderful design. Just a shame that they needed to cripple some of the missile gimmicks in order to pass North American toy safety laws, but still.

Here’s a weird one for you – Hasbro had originally conceived and even listed two ‘Halloween Horrorcon Value Packs’ as Walmart exclusives, before they were cancelled shortly before release. A test shot of Nightprowler then later cropped up on eBay, revealing that it was actually a snow leopard redesign of the original Beast Wars Cheetor toy from 1996. What’s especially unusual with this colour scheme is how the head and arms are still the same as on the original figure, although perhaps this is just because it’s a test shot and it’s not necessarily representative of the toy we would have seen on shelves. Either way, it’s a small catastrophe this never came to be. 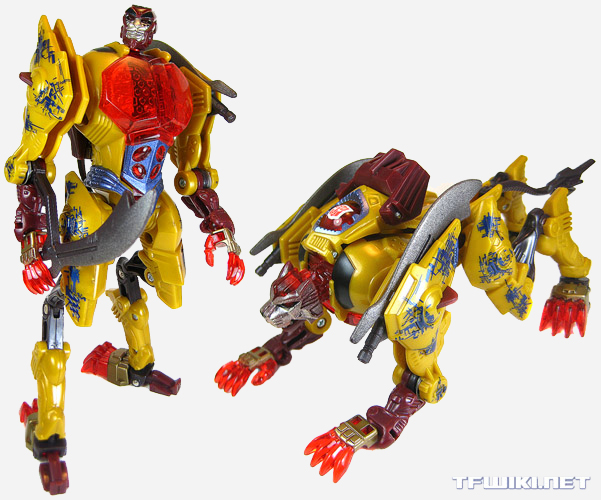 Speaking of Cheetor, how about this frankly outlandish-beyond-belief re-do of his final Beast Machines design? Where the original “Night Slash” Cheetor may have been decked out in a non-cartoony-but-still-extremely-cool dark blue and vibrant orange design, this Universe figure put him back in his more familiar yellow and then threw in a bunch more colours to boot. I mean look, I’m someone who will defend even the most vibrant and unwieldy Generation 2 colour scheme to the hilt, but even I find this one “a bit much”. Oh, and “Night Slash” still sounds like what happens when you wake up needing to pee. 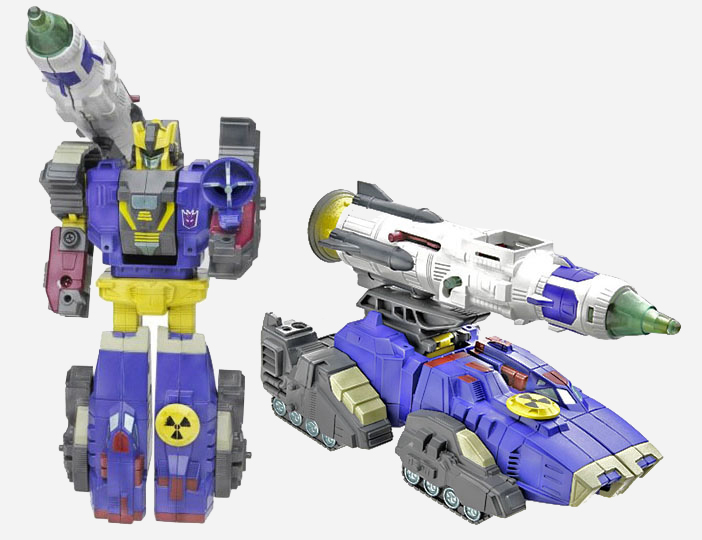 Another new take on a late-Generation 1 European-exclusive toy here, and this redesign of the Predator known as Stalker is especially notable for one reason – it’s not the first time the mould has been used to represent the iconic Decepticon communications expert. That first happened in the Machine Wars line, of course, but given that toy was cast in dark red and grey, you could see how the idea of giving it another pass in classic Soundwave colours might have appealed. Except this is the Universe line, so of course it looks like the picture above, instead. 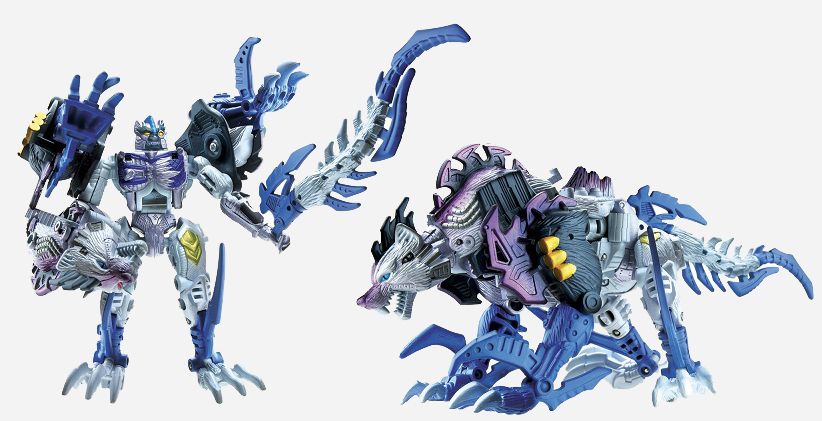 Another Beast Wars repaint now, although as a non-show character and a latter-day Transmetal 2 design, the original Jawbreaker toy is perhaps one that may have slipped casual fans by. Frostbite eschews the original’s vibrant red colouring to go full snow-inspired hyena, and looks quite simply awesome for it! This is a highly distinctive design anyway, but repaints like this are a definite sign of why so many collectors still look on a lot of what the Universe line produced so favourably. 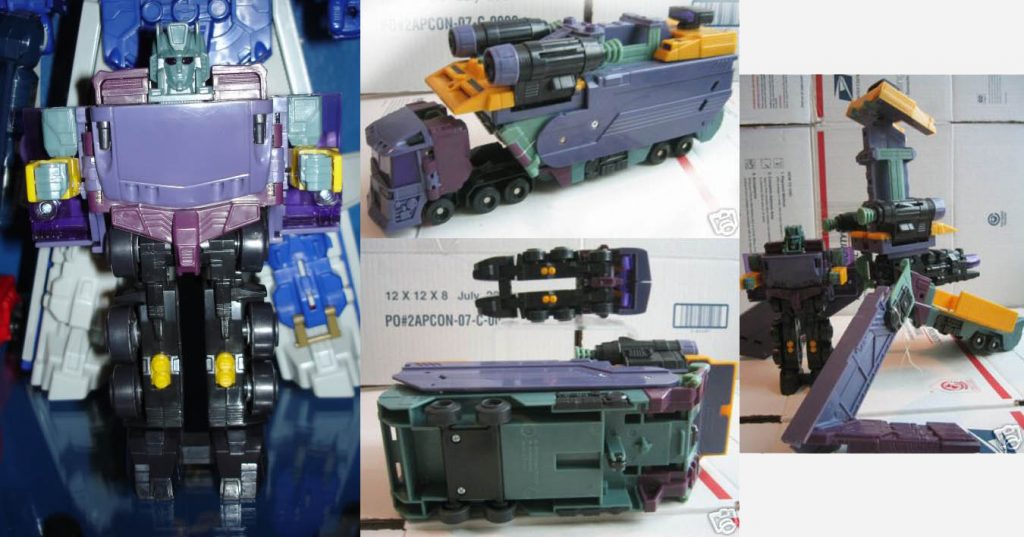 Menasor is a another repaint of ex-European G1-turned-Machine Wars toy, with the original Thunderclash having already been repurposed into Optimus Prime for the 1997 toyline. As with the Contructicons, it seems too much like low-hanging fruit to have a semi-cab design of any kind and not turn it into both the Autobot leader AND Motormaster, naturally. Except in this case the name came up against some trademark trouble at the time, so the Stunticons’ original combined moniker was chosen as stand-in. Sadly though, it was never to see the light of day, although this test shot version has shown up on eBay since.

The original Depth Charge toy is a true classic of the Beast Wars line, so it was definitely warranted for a second-go as part of Universe, and it’s great to see the designers did something so different with it. This is one of those that a lot of people will no doubt look at and think it’s a bit fishy, but to my eye it somehow (somehow!) manages to all hold together and come off looking like a prize catch! Just a shame that his nemesis, Rampage, didn’t get the same treatment, but let’s not be crabby about it.

Ok folks – you deserve another snap of this wonderful toy. pic.twitter.com/QsGgxxvm3s

A personal favourite here. This 2003 recolour of the Car Robots Fire Convoy (Robots in Disguise Optimus Prime) toy was given a noticeable makeover when it was released as a Sam’s Club-exclusive for Universe, and boy, what a difference it makes! There was also a repainted Ultra Magnus figure, although that stuck at least a little closer to the original brief, whereas Optimus here looks entirely unrecognisable in his all-new yellow duds. What I especially love about this one is that they recoloured the Spychanger version too, which is a little cutie if ever I saw one! 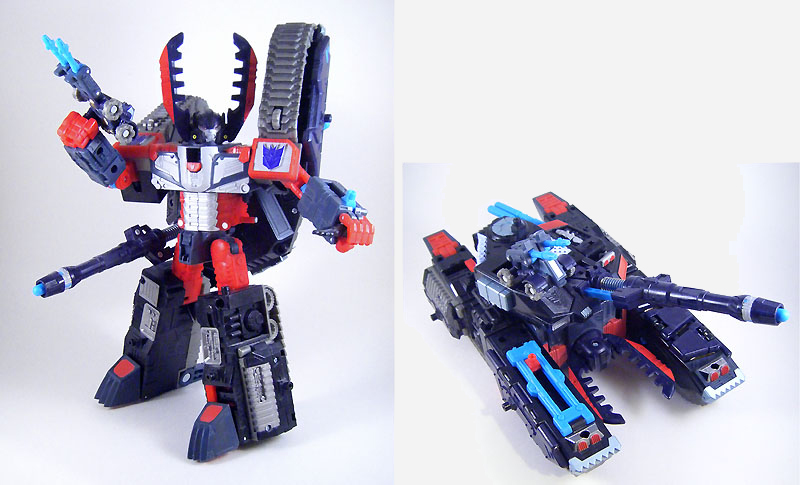 Megazarak is a repaint of the distinctive Armada Megatron mould, and was only released as an Official Transformers Collectors Convention (OTFCC) exclusive back in 2004. Despite not having any of the original electronics (which means no strange voices in the middle of the night!), this is an inspired new look for an already-awesome design, with the blue and red combo putting it a world away from the green and purple versions we’d already received. In some ways I still think it’s a shame this toy has never been seen in traditional Megazarak (or Scorponok colours), as something about the look of the sculpt has always reminded me of a vehicular interpretation of the classic Decepticon Headmaster. 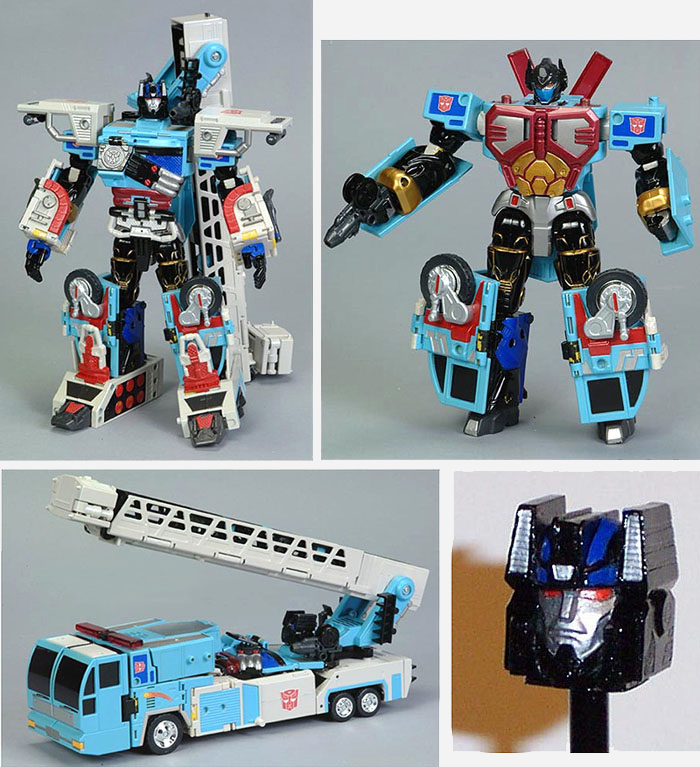 Oh, what could have been! This is one of those recolours that just feels immediately inspired for how obvious and yet how clever it really is. Another new look for the Car Robots Fire Convoy design, although sadly this one is a potential OTFCC-exclusive that never came to pass. It was originally planned for 2004 before being shunted back a year to a convention that never happened, as the organisers lost the licence before BotCon returned in 2005. It’s a crying shame too, as looking at the pictures above it’s hard not to think the mould is an absolute shoo-in for the Protectobot giant, especially with Hot Spot as the smaller inner robot. Just try imagining this alongside similarly-Protectobot-themed repaints of the Car Robot brothers and you’ll soon feel as sad as I do that this never became reality.

So that’s our list. Do you agree with the order?

COUNTDOWN: 9 crazy repaints we can’t believe were released in TF: Universe (& 3 we wish were!)