COUNTDOWN: 10 Movie designs we’re still craving in MP-style (& 5 that are on the way!) 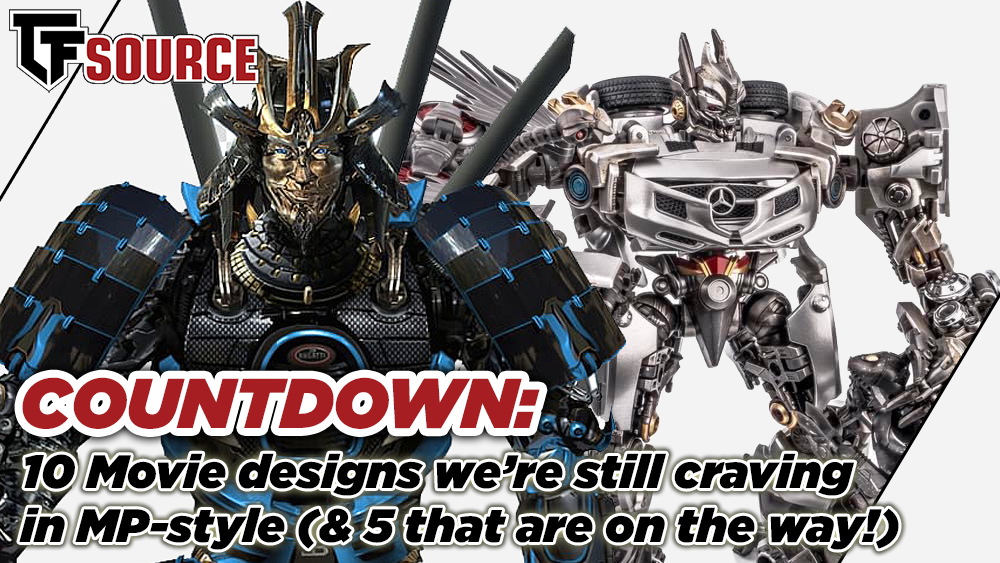 It’s a great time if you’re a fan of the Movieverse designs, it seems. Sure, there may not be another film confirmed to be in the works at the present time, but for those of us who’re more interested in cool robot designs as opposed to the actual films themselves then it’s still all going on! After all, the official Masterpiece Movie (MPM) movie line seems to be churning out some incredible new designs, with Starscream now revealed and looking mighty fine indeed. 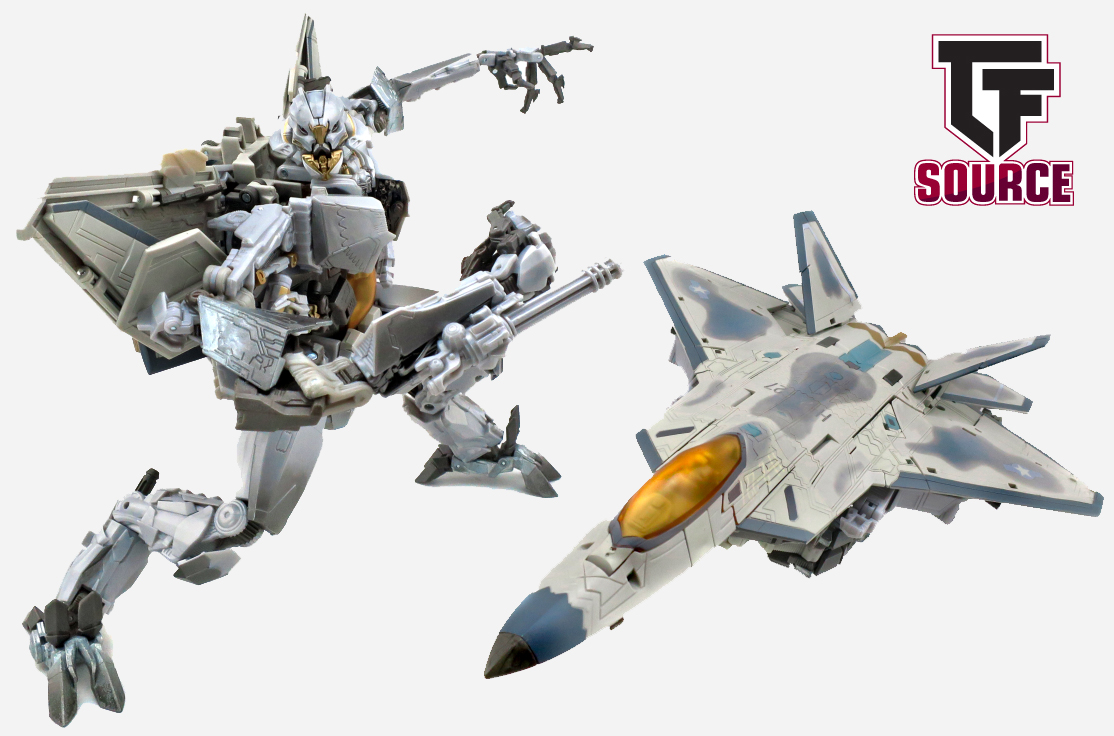 As if that wasn’t exciting enough, we’ve just this week had another new release unveiled, and with Ratchet confirmed to now be on the way the line has now rounded out the 2007 Autobots in official Masterpiece form.

The buzz about these toys is currently pretty high, and whilst some of the previous entires in the MPM line have struggled with QC errors along the way, I for one am hoping that TakaraTomy knock these two out of the park! Anyway, all this excitement has left me with a mighty thirst for more MPM-styled goodness, so with that in mind here are 10 more designs that would be amazing to see done at some point, whether that’s officially or non. Oh, and then I’ve thrown in a nod to some of the exciting 3PMPM (that’s third party Masterpiece Movie, in case you weren’t aware!) projects that are on the slate right now too!

(AUTHOR’S NOTE: Some of the characters I’ve included below have been realised in so-called “OSKO” form by different manufacturers, but I’ve only factored in official MPMs or third party efforts for this list) 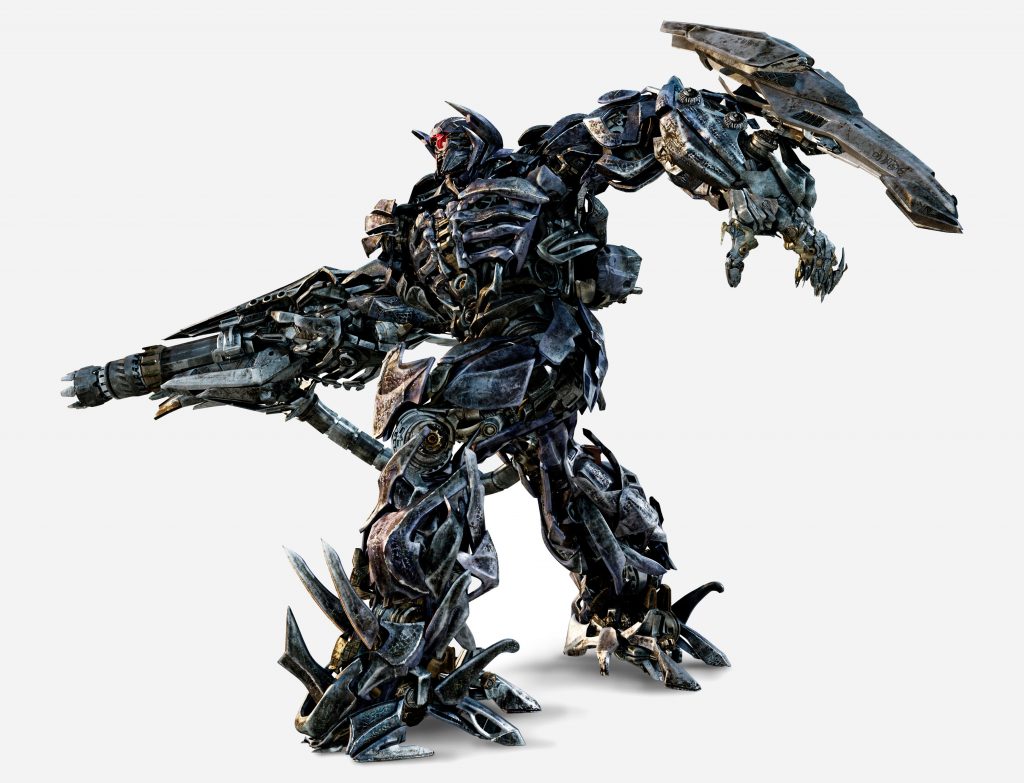 At once somehow entirely reinterpreting the G1 character design whilst still remaining strangely faithful to the core essence of it, a lot of movie fans would love to see an MPM-styled version of Shockwave happen. It could end up being a fairly massive prospect (especially if it were to include an accessory of the Driller lifeform that he is partnered with in Dark of the Moon… just imagine!) and could likely include features such as a light-up eye. Here’s hoping! 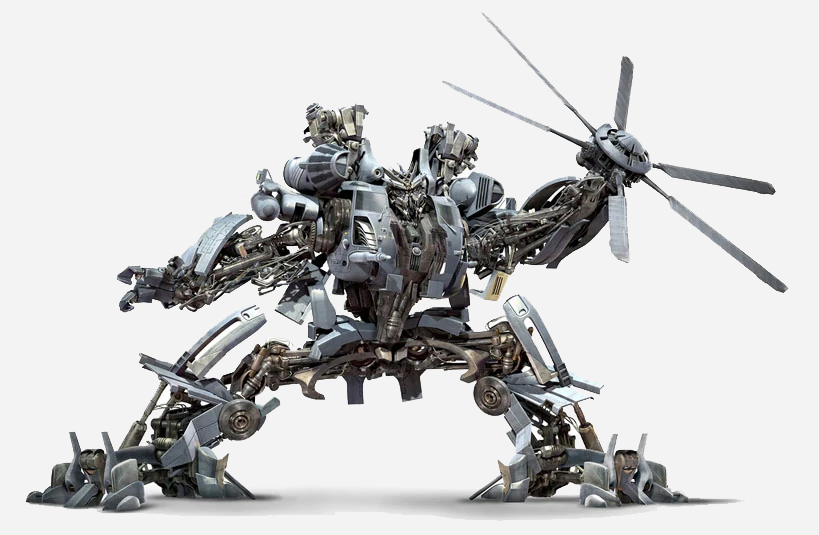 Blackout is one of the most well-known original characters from the live-action movies (alongside Barricade, who we’ve already seen recreated in MPM form), and given how much the official line is currently focusing on the 2007 line-up, he feels like he should be a shoo-in for the treatment at some point soon. There has been a rather well-known knock off of the Studio Series toy already in circulation, but don’t be surprised if we see a proper MPM announcement before too long.

ON THE WAY: Newage Mista 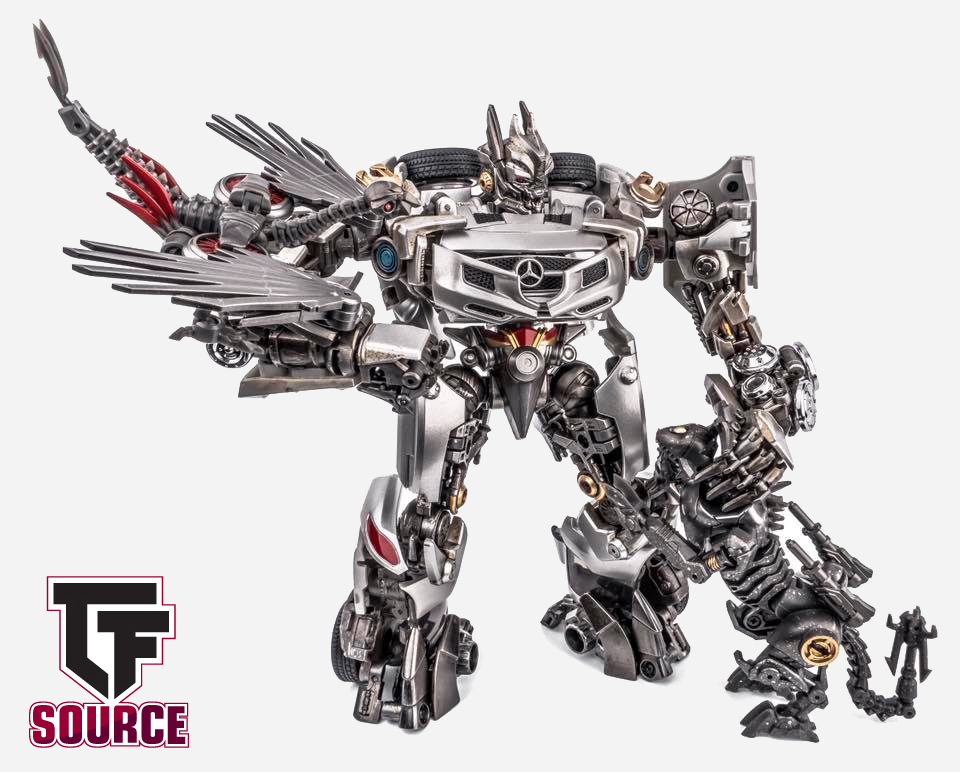 Despite already having quite a prolific back catalogue of Legends-scale releases, the 3P outfit known as Newage are soon to release their first effort in MPM scale with Mista, their take on a Dark of the Moon Soundwave (along with Ravage and Laserbeak). The promo pics look excellent so far and it appears like they’ve captured the character’s likeness to a tee, so given the company’s already solid reputation this one promises great things! 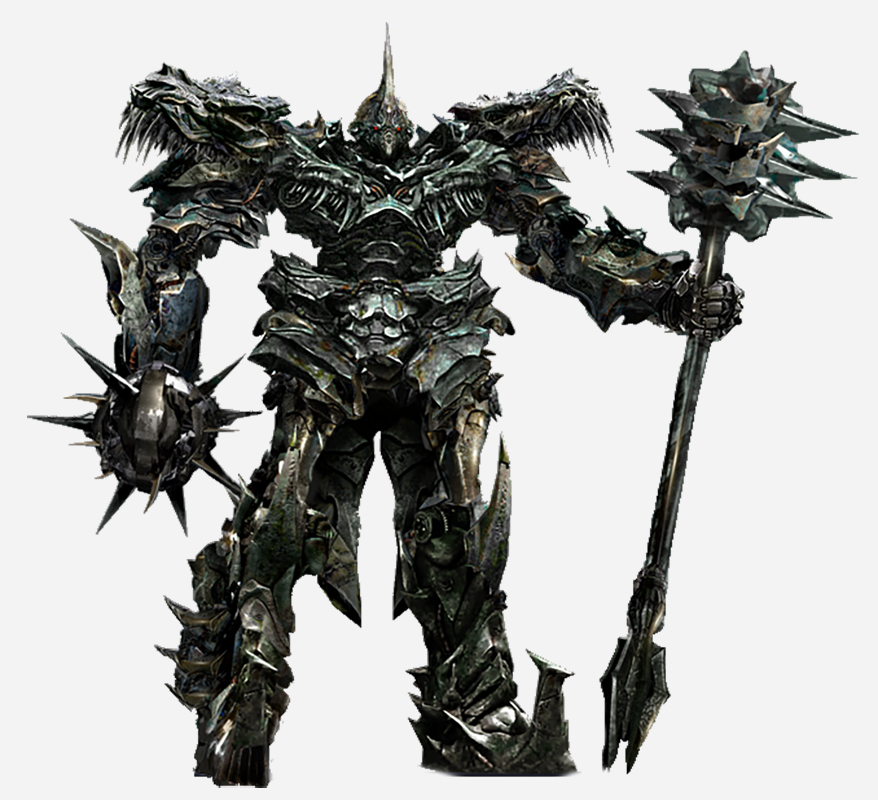 Giant. Robot. Dinosaurs. I’ll say no more, as the appeal of these chaps should be inherently obvious. Perhaps the only major consideration would be just how big they would need to be to work in MPM scale… does anyone have that much room? 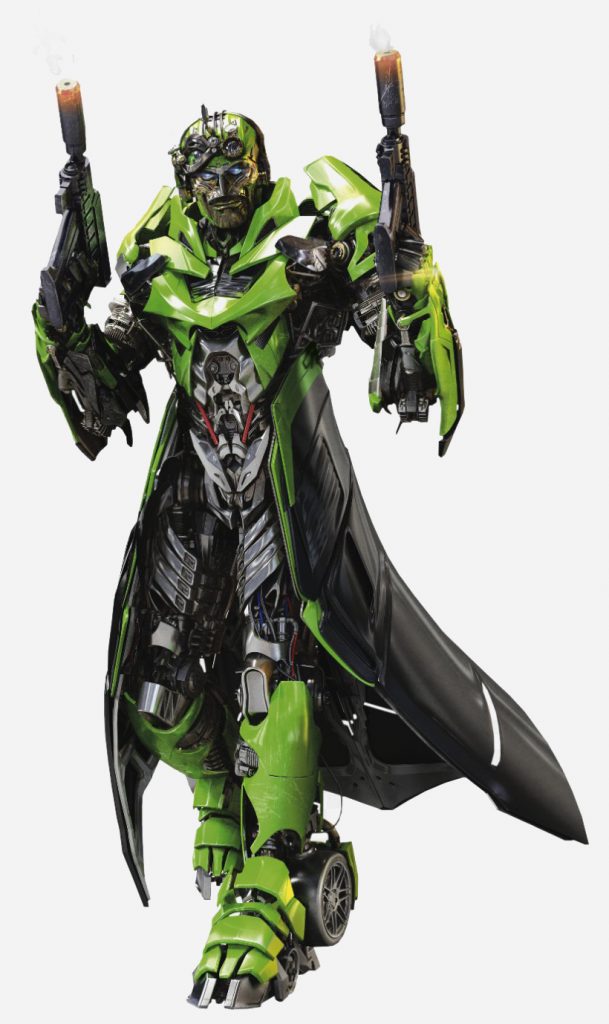 One of several new Autobots introduced in 2014’s Age of Extinction, Crosshairs is a pretty unique design with those goggles and his flowing trenchcoat-style cape. It would be really interesting to see how this one was interpreted in screen-accurate MPM-style, not to mention exciting to see that green Corvette done right! 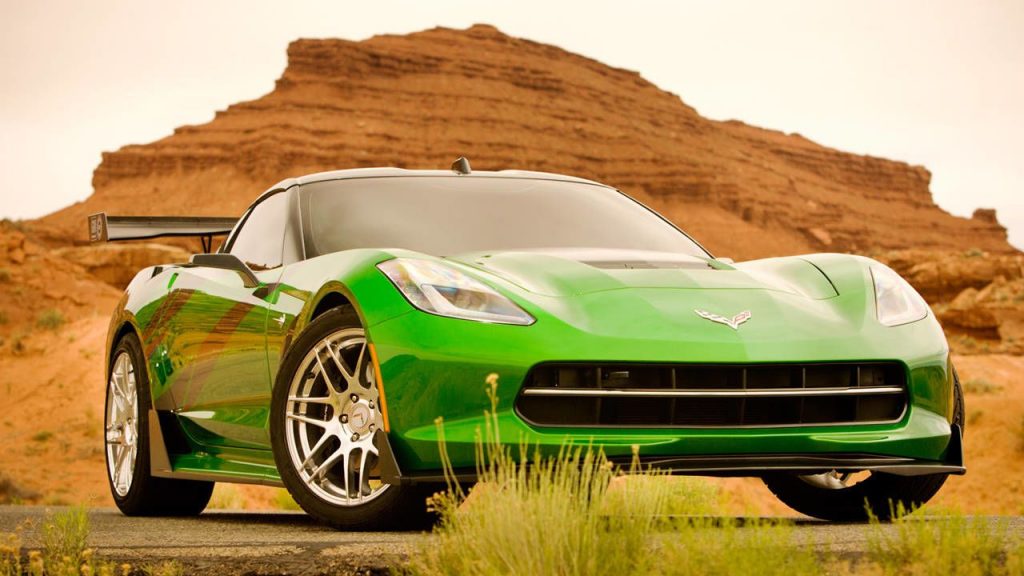 ON THE WAY: Unique Toys Nero 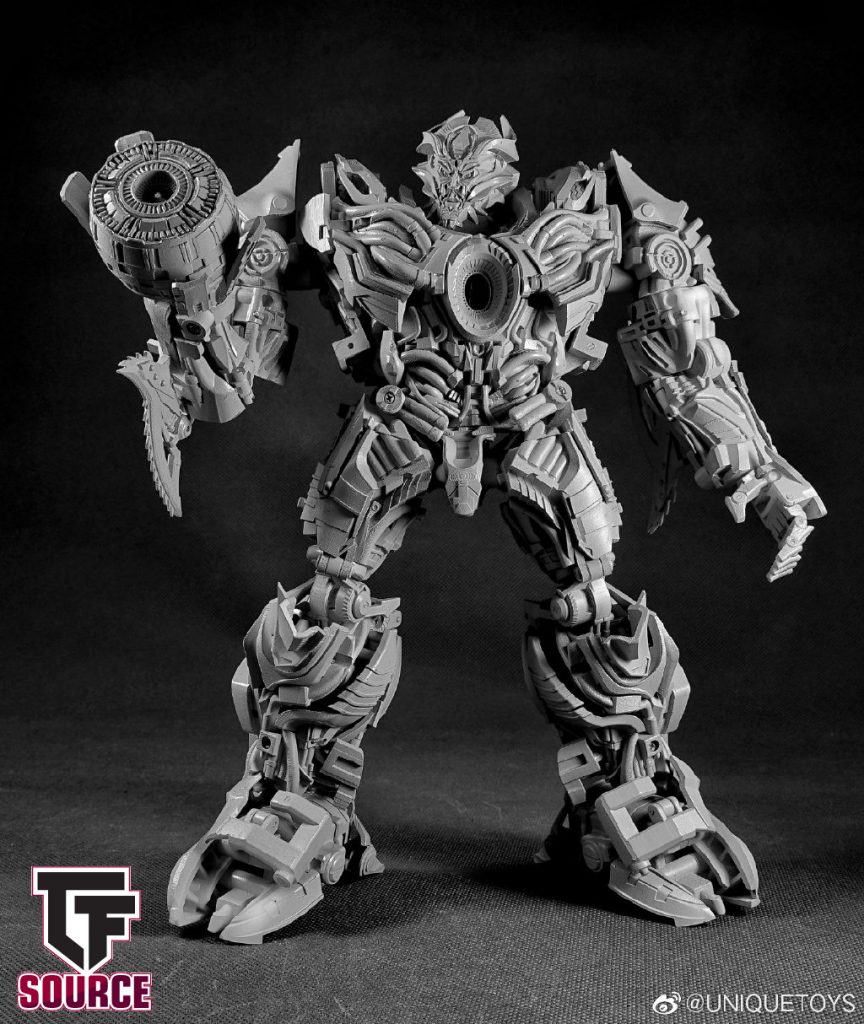 Unique Toys have already built a fanbase on bringing us seemingly impossible designs from the live action films, with a number of efforts such as Peru Kill, Challenger and Dragoon having already won acclaim by collectors. They look set to follow that up with Nero, an attempt at an Age of Extinction Galvatron, although they’ve only shown off grey prototype pics thus far. It clearly won’t transform using the rather nonsensical “transformium” method from the film, although it will be interesting to see how they’ve managed to pull off such a fine looking robot without it!

SHOP FOR UNIQUE TOYS AT TFSOURCE 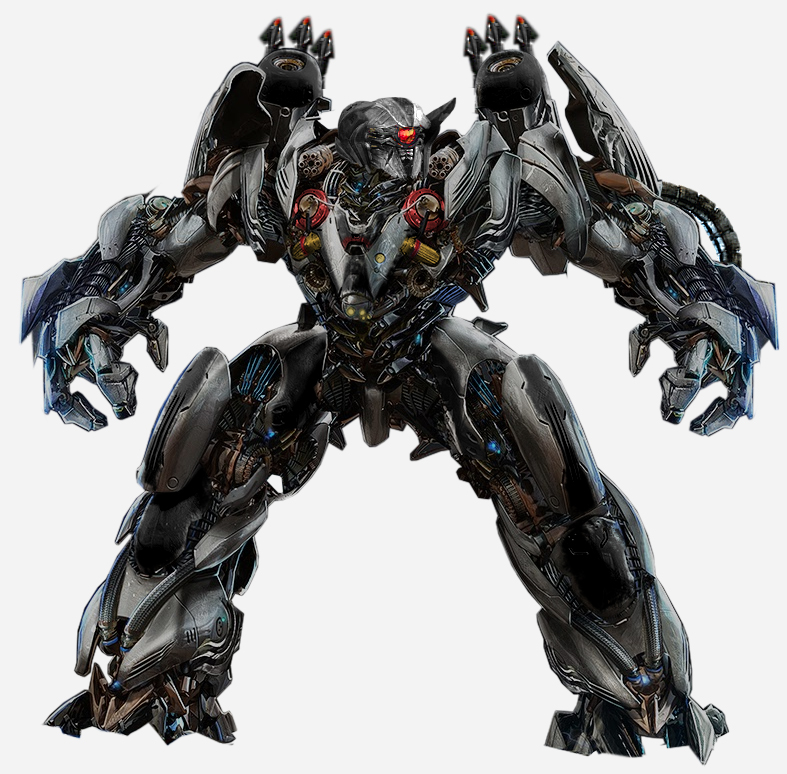 Despite his limited screen-time, Nitro Zeus managed to make quite the memorable impression in The Last Knight (which was saying something considering how much happened in that film…). His look is purposefully Shockwave-y, but still warrants a proper interpretation in MPM-style one day soon. 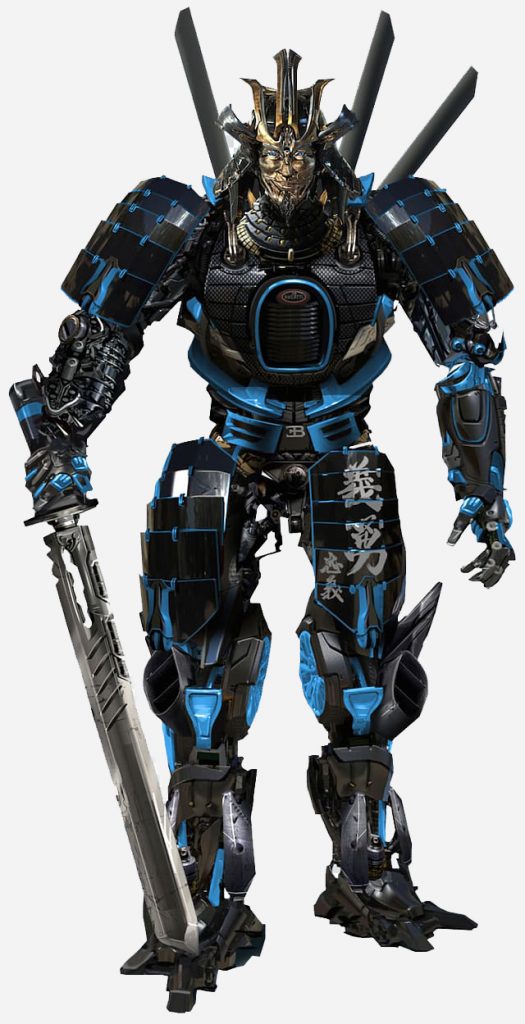 I debated between including Drift’s blue Age of Extinction appearance here or his arguably-nicer red robot mode from The Last Knight, but the former won out for one simple reason – that sweet Bugatti Veyron alt’ mode. Oh mama. 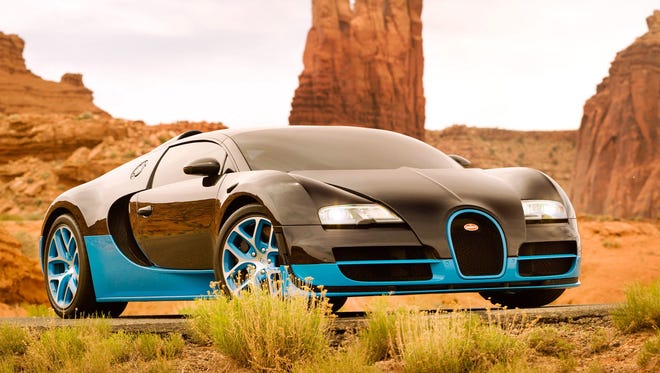 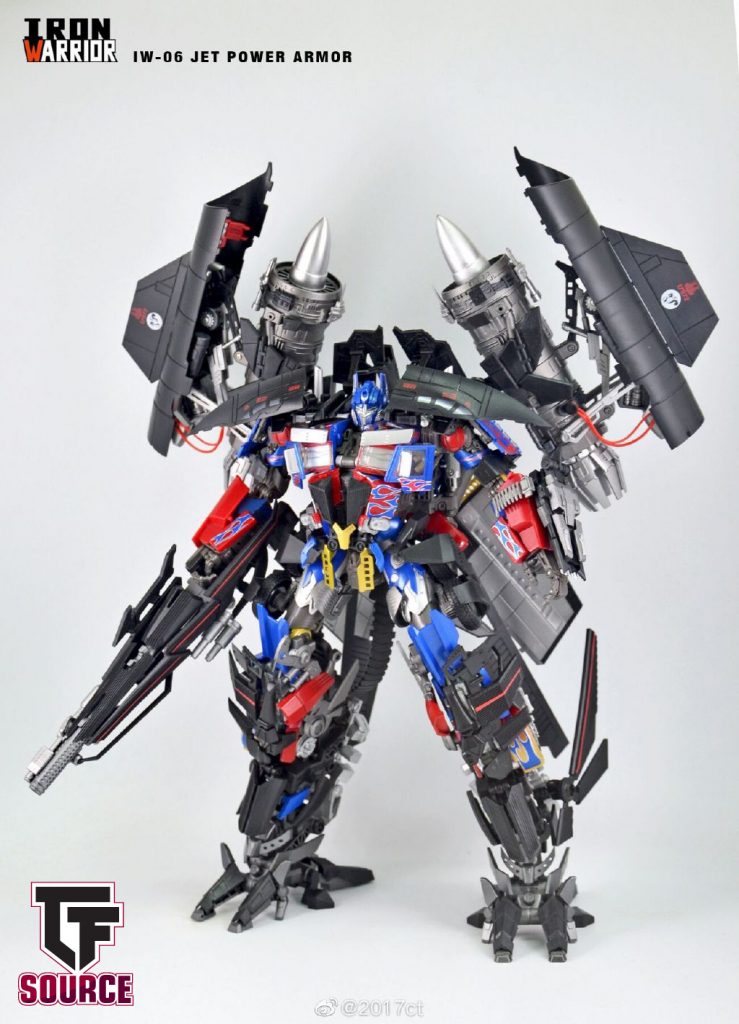 OK so this one isn’t quite a separate character in its own right, but it is a very attractive rendition of Optimus Prime’s jet armour from Revenge of the Fallen! I guess you could argue it’s a take on Jetfire… or his parts, at least, I dunno. Anyway, the important thing is that the toy looks magnificent and is set to work as an accessory to MPM Optimus Prime. Can’t wait! 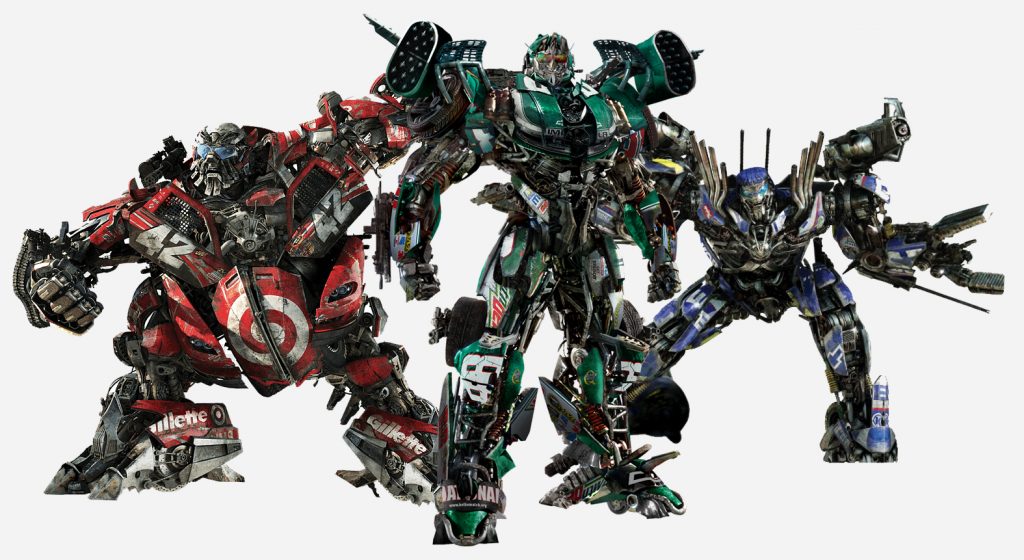 The absolute lads. Who wouldn’t want to see these bruisers recreated in MPM-style, all weapons aplenty and rocking those souped-up car modes? There have been some excellent attempts at these three in toy form previously, but for my money there’s more than enough left on the table to really make a smash of this line-up. 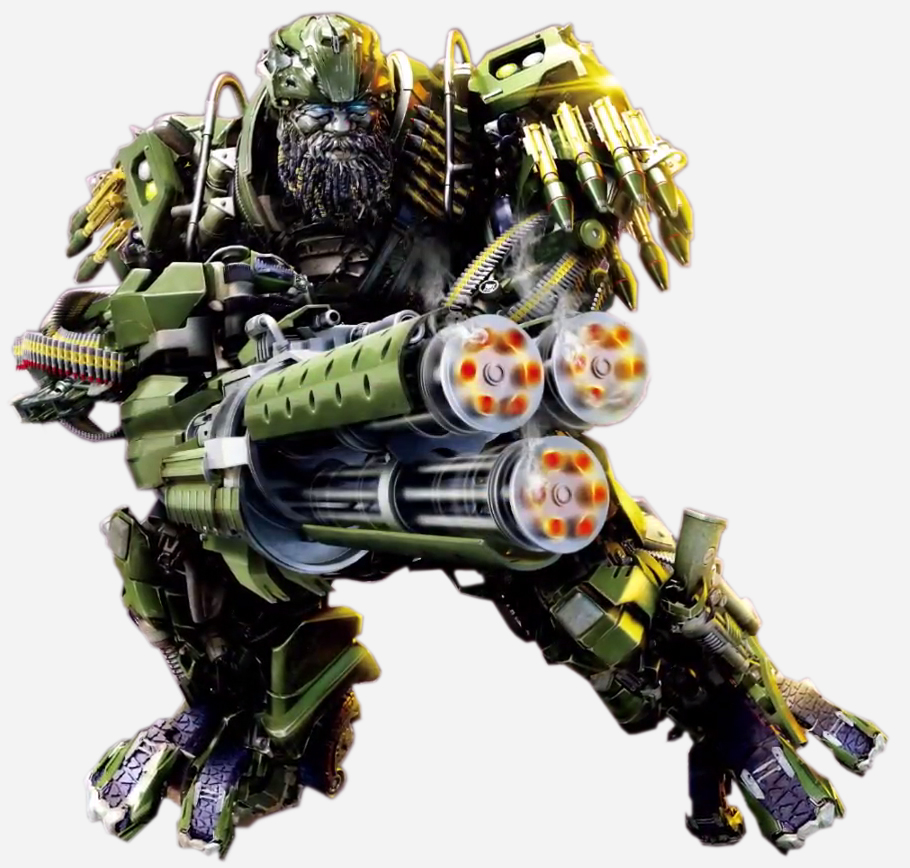 Like a fat ballerina who takes scalps and slits throats, Hound is just begging for the MPM treatment at some point, surely. It would be quite something seeing that vehicle mode all decked out in high-end toy form, not to mention a full-on interpretation of that robot mode with all its armament and facial hair. Maybe one day, eh? 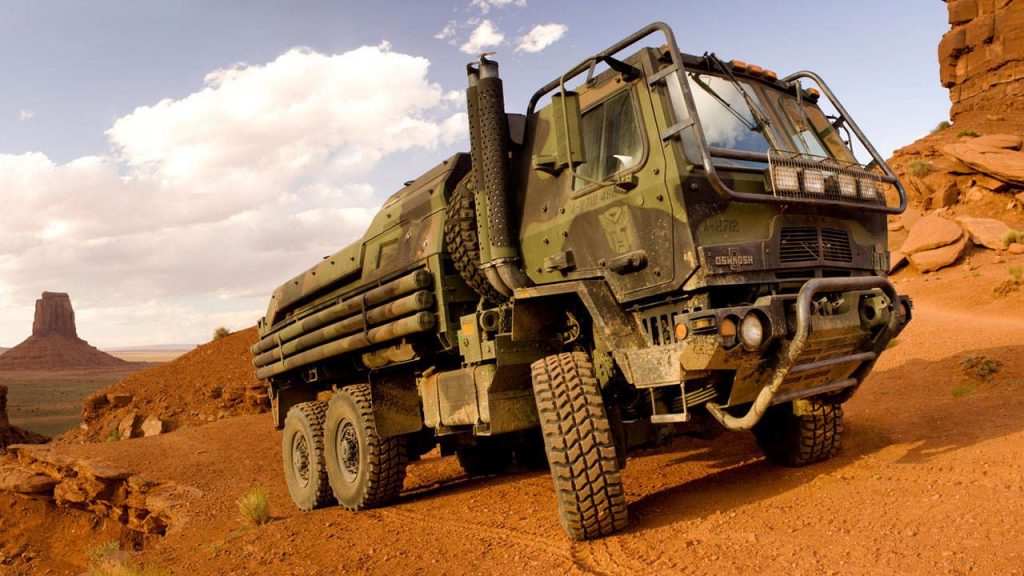 ON THE WAY: Toyworld Freedom Leader 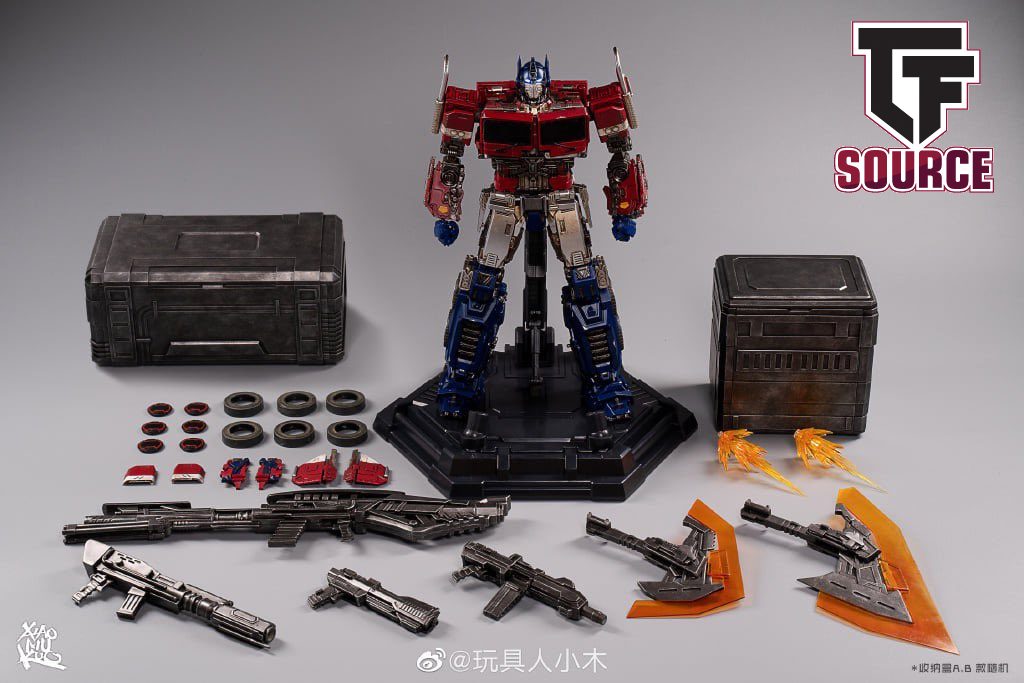 Fans of the Bumblebee movie are rather spoilt for choice at the moment as there seems to be quite the plethora of toys looking to recreate the on-screen designs in one way or another. Amongst those is the rather impressive-looking Freedom Leader, Toyworld’s pitch at an Optimus Prime. It seems to be super detailed and is boasting an impressive array of accessories, not to mention that it actually transforms into a truck mode! This is one to watch. 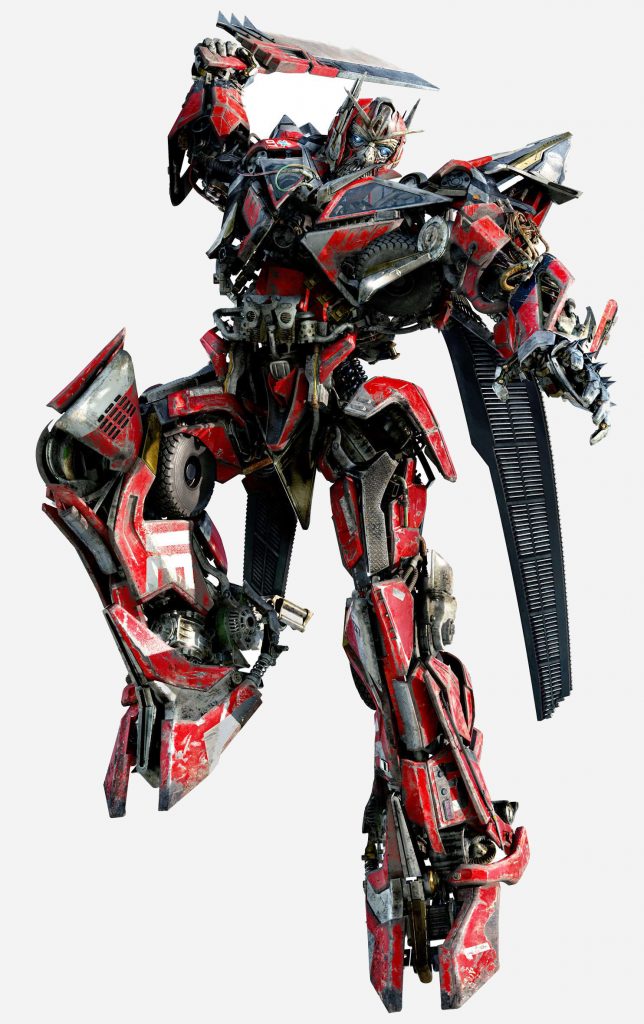 The former leader of the Autobots is –SPOILER ALERT!– not such a good dude, but he is still sporting a very exciting design that I for one would love to see translated into an MPM-scaled toy one day. Oh and hey, fire trucks are never not fun, right? This could be a real stunner. 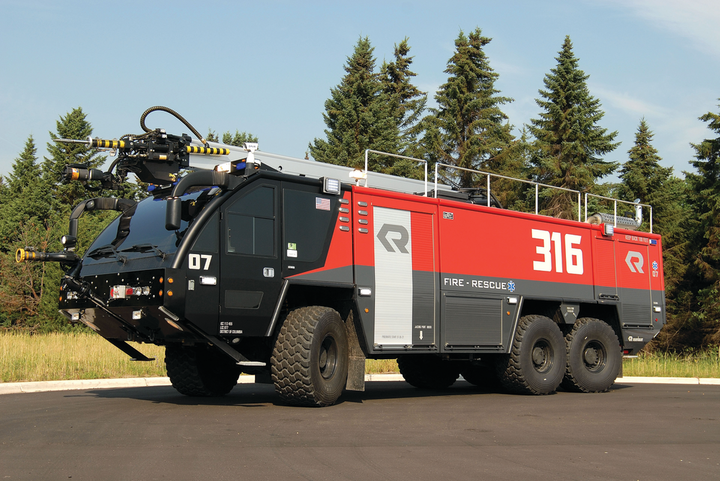 ON THE WAY: Devil Saviour Troublemaker 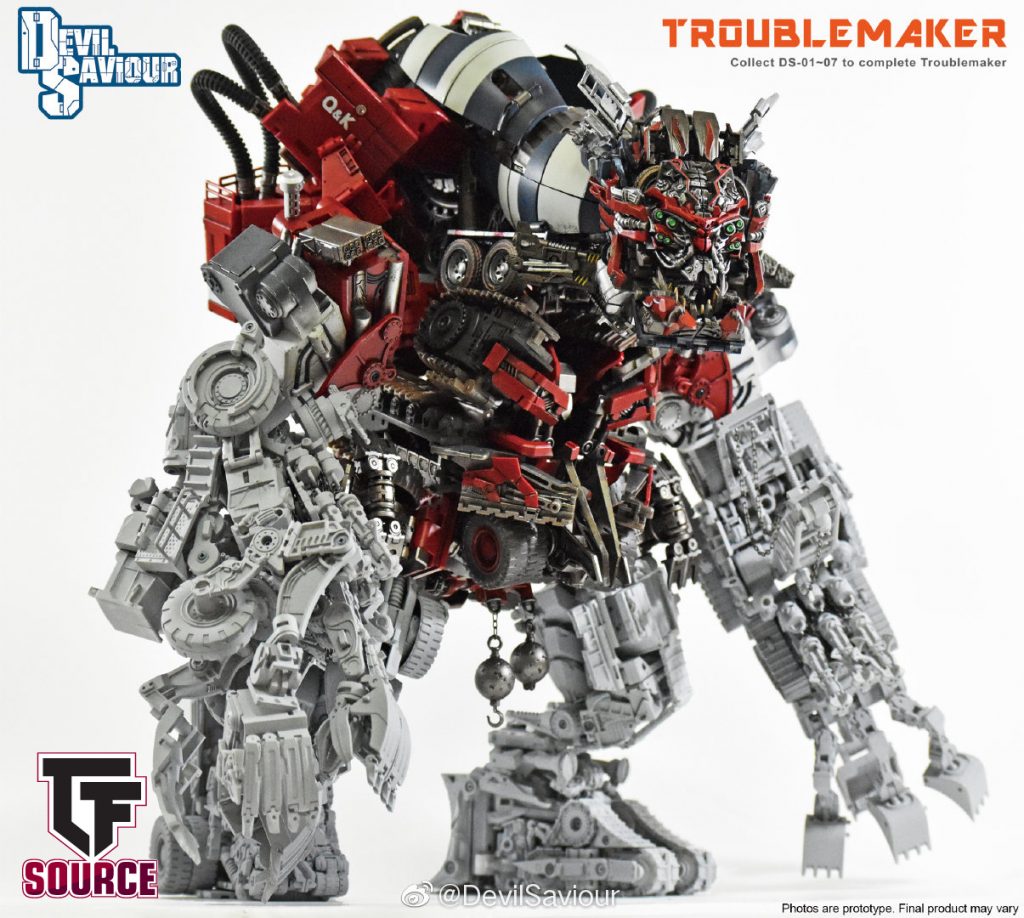 The first part of Devil Saviour’s Contructicon line-up has already been released and whilst it may have Split opinion quite a bit, here’s hoping that the rest of the set won’t prove to be such a Troublemaker. All horrific puns aside, I’m really hoping that the company takes the learnings from Split and produces a favourable overall result, as this has the potential to be something super special if they do. 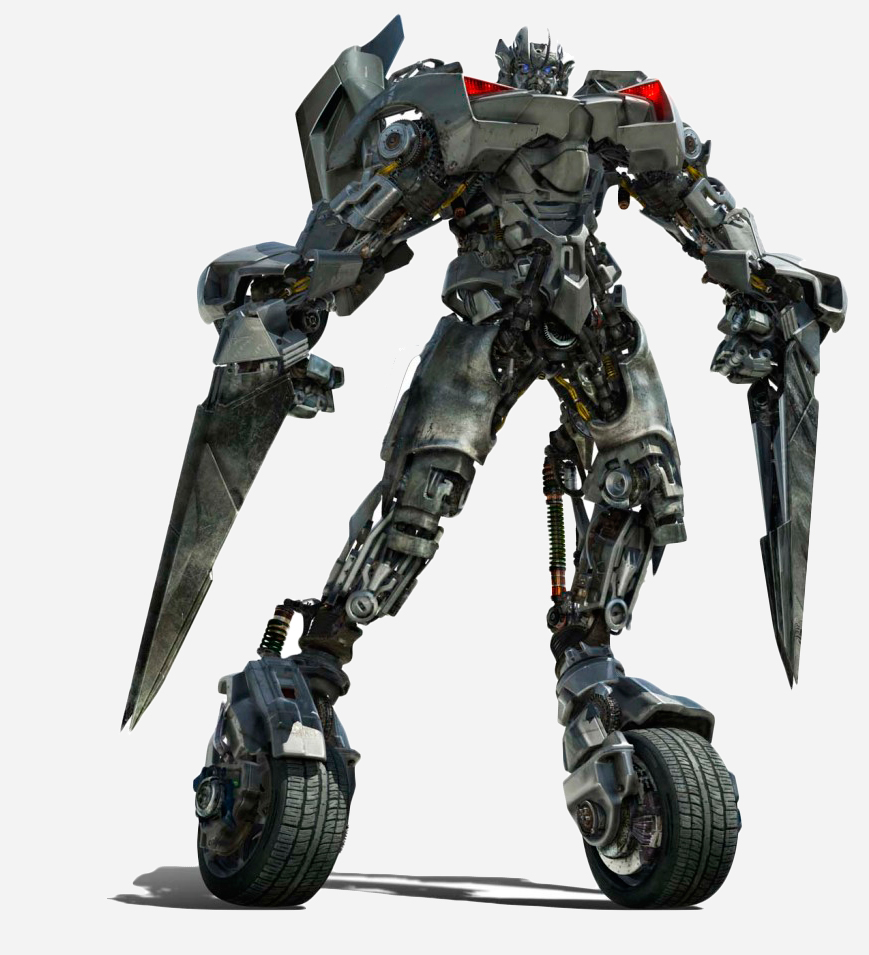 Rounding off our list in style is the infamous Autobot Corvette, Sideswipe, who provided moviegoers with one of the more memorable moments from Revenge of the Fallen and looks suitably fabulous in both modes. Just imagine how epic this could look in MPM form, eh? Damn, he’s good. 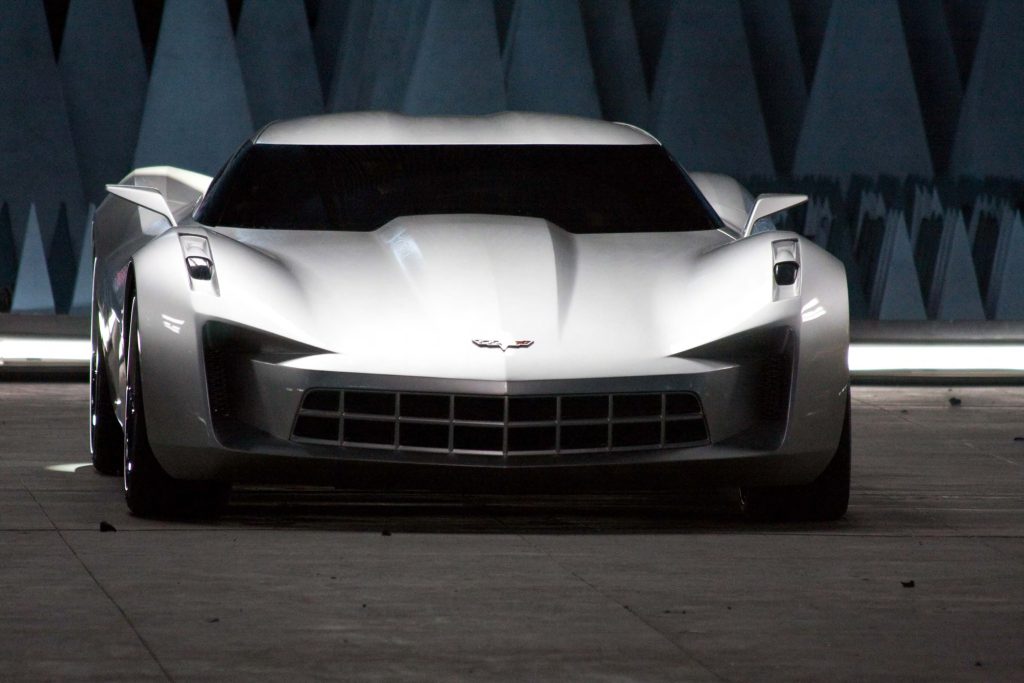 So that’s our list. Are there any other Movieverse designs you’d love to see happen soon?

SHOP FOR MPM STARSCREAM AT TFSOURCE

This entry was posted in Source Articles Tagged with Bayformers, Countdown

COUNTDOWN: 10 Movie designs we’re still craving in MP-style (& 5 that are on the way!)