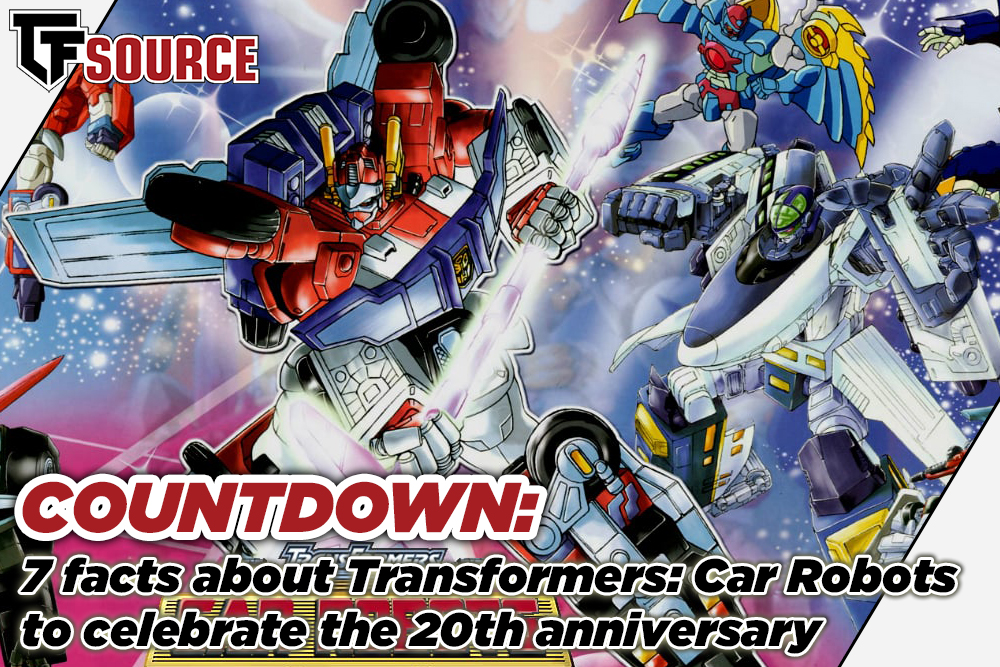 Oh hey, here’s something that will make many of us feel old before our time – this week sees the 20th anniversary of the Transformers: Car Robots line from Takara! Remember when you were all young and fresh-faced and Car Robots (along with its Hasbro equivalent, Robots in Disguise) was the new big thing that seemed to remind you of the toys you loved from years gone by? Well how times flies!

Today is the 20th Anniversary of Transformers Car Robots.
The turning point in the brand & it's return to cars and classic trademarked names.

Yes, the line began in Japan in the year 2000. Despite being short-lived it continues to be pretty popular today, so let’s have a look at 7 facts about the series to commemorate the anniversary.

#7: It was considered a return to the franchise’s roots 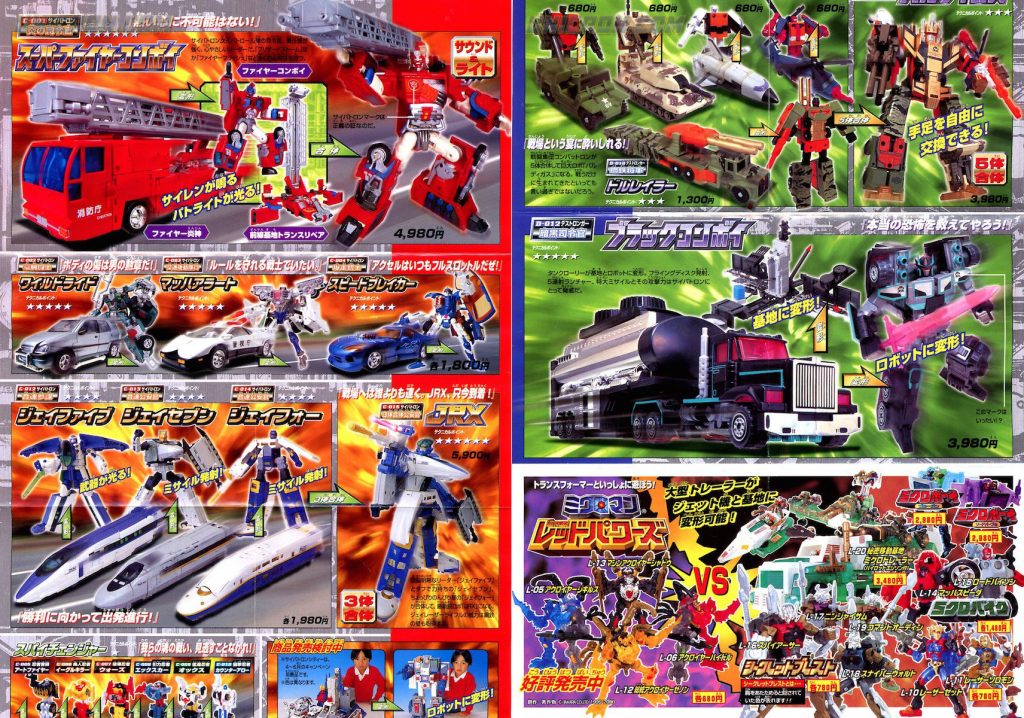 When CR launched, the Transformers franchise had been dominated by beast toys for the previous four years. Sure, there had been vehicle modes for the Vehicons in Beast Machines (and to some extent on the Transmetals toys in Beast Wars), but the sight of robots turning into cars, trains and fire trucks was an exciting one for fans at the time. CR did maintain the use of beast modes on some of the bad guys, but as the name of the series suggests it was very much about a return to the days of old and “car robots” being the dominant thing once again. Additionally, the good guys were yet again known as the Autobots (or Cybertrons in Japan), led by Optimus Prime and with the classic symbol also back in use, and even the Decepticons made a return in the Hasbro version a year later.

#6: It was the first proper Transformers “reboot” 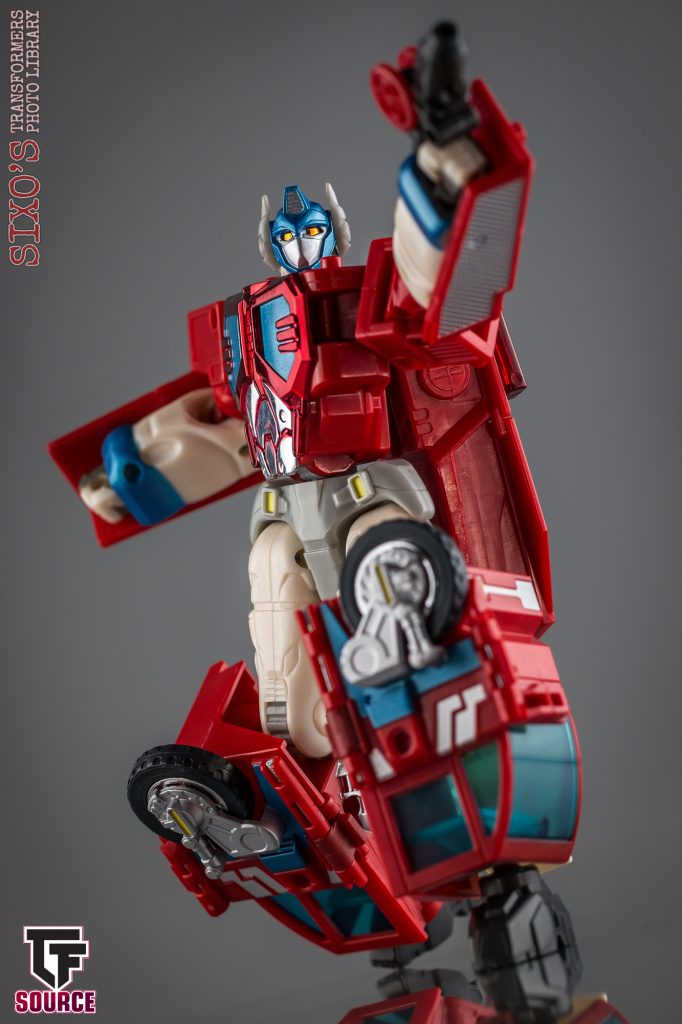 Although it was arguably only achieved as the show went on, by the midway point of Beast Wars it had become firmly established as following the Generation 1 continuity (whether that was specifically the cartoon or comic doesn’t really matter). Thus, when the so-called “Beast era” came to an end, the new line represented a fresh start and a complete reboot of the previous franchise canon. Well, kind of, as Takara did later come back to the idea and retconned CR as being able to slot in with the established continuity (even if it wasn’t intended when it first aired). However Hasbro’s Robots in Disguise very much remains its own thing, despite a few references to previous versions of Transformers being peppered into the English-language dub of the cartoon. 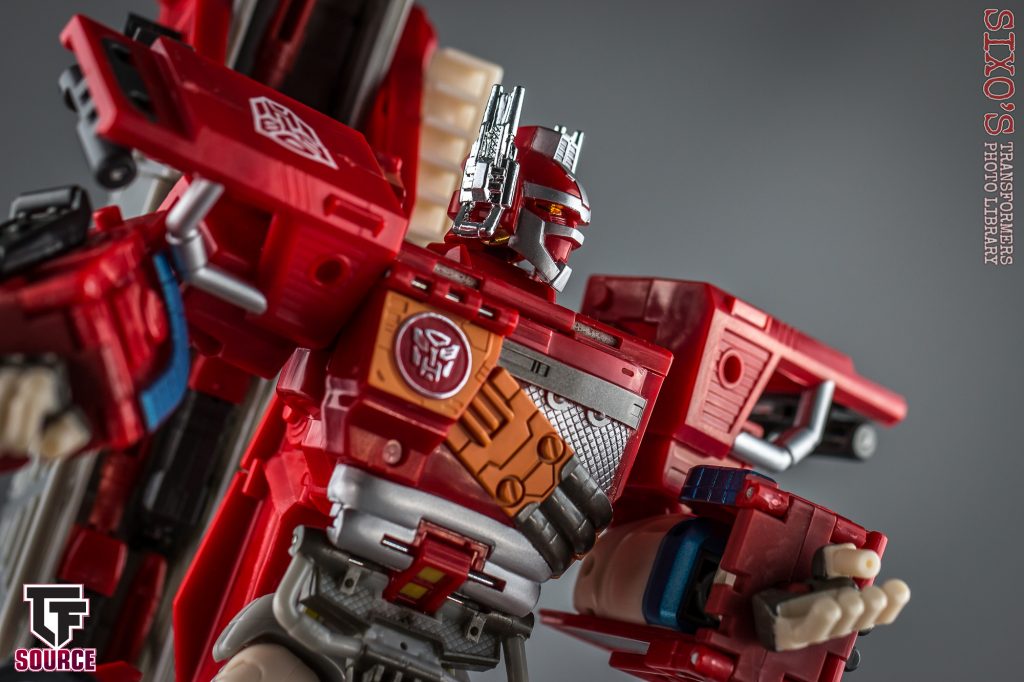 That probably doesn’t sound like such a big deal now (with reboots both hard & soft happening fairly frequently, even in the live action series), but at the time it felt like a very clean break from what we’d seen before.

#5: It is still the only TF line to have been imported directly from Japan 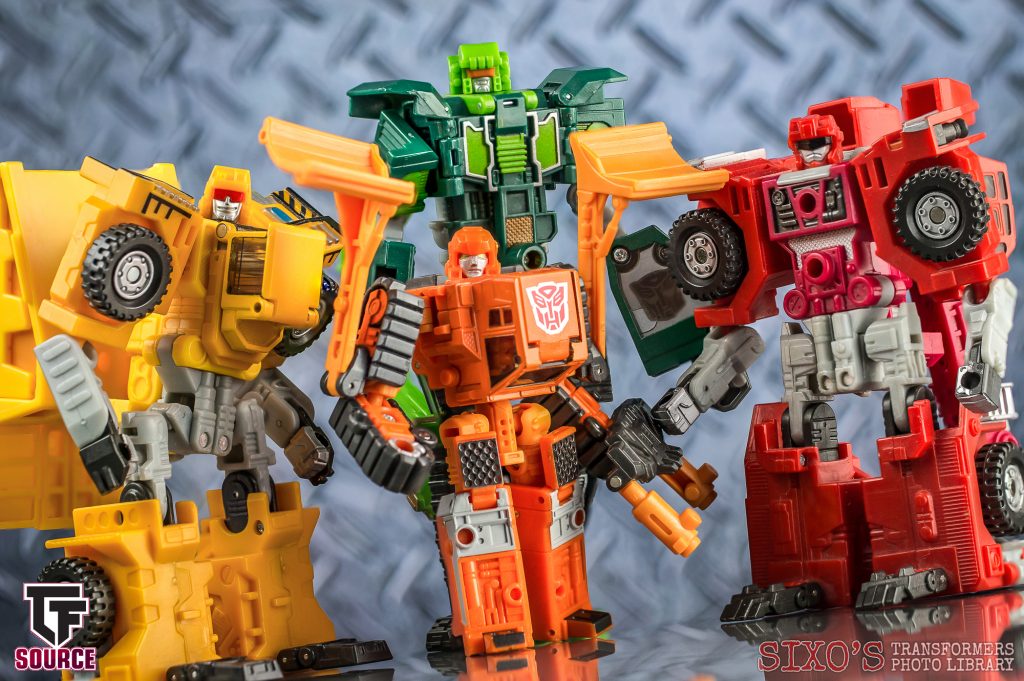 As much as many Western collectors would still love to see it happen somehow, all of the Japanese-exclusive TF lines from days gone by have remained as overseas properties. The Headmasters and Masterforce were the first evidence of Takara branching off with their toys and in particular the supporting media, but it was with Victory that they really went their own way by producing a large amount of product not replicated for the Western market. In fact it wasn’t until 2001 when Hasbro decided to bring CR over, that we received our first wholesale import of a property that originated on the Japanese side of the franchise, despite both the toyline and cartoon being heavily repurposed and repackaged. In fact it’s still the only instance of this happening since, as every other example of both markets receiving the same product has been a joint venture between the two companies, starting with Armada. 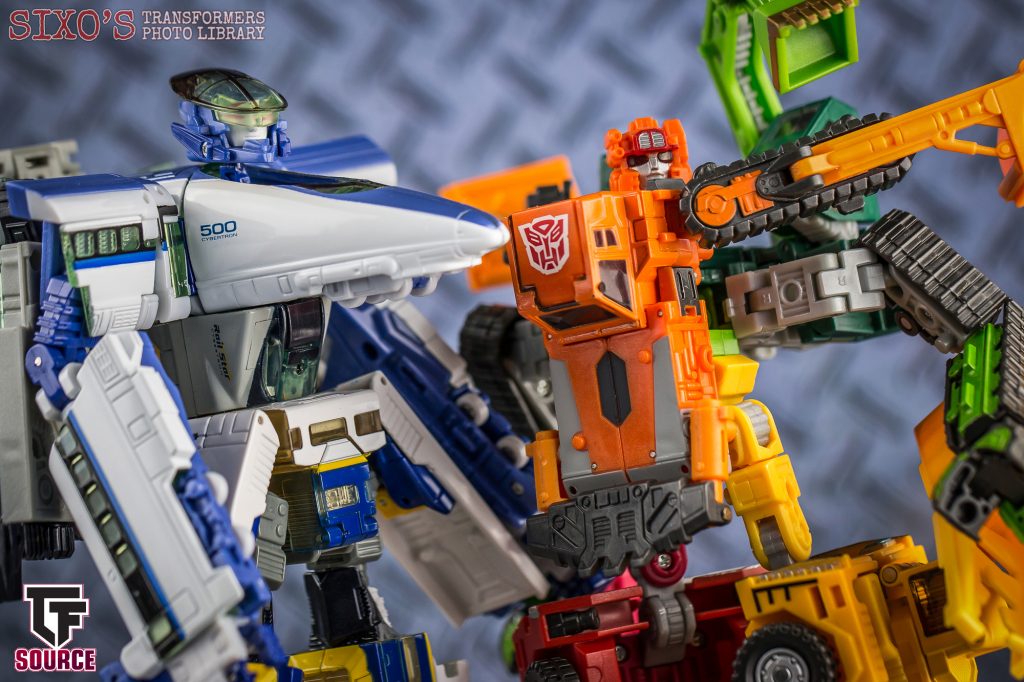 It explains a number of the more typically-Japanese elements of RID, including the bullet train alternate form for Rail Racer (known as JRX in CR), the Japanese fire truck mode for Optimus Prime (Fire Convoy) and the use of a Lamborghini for a police car on Prowl (Mach Alert).

#4: The newly-designed toys were considered very complex at the time 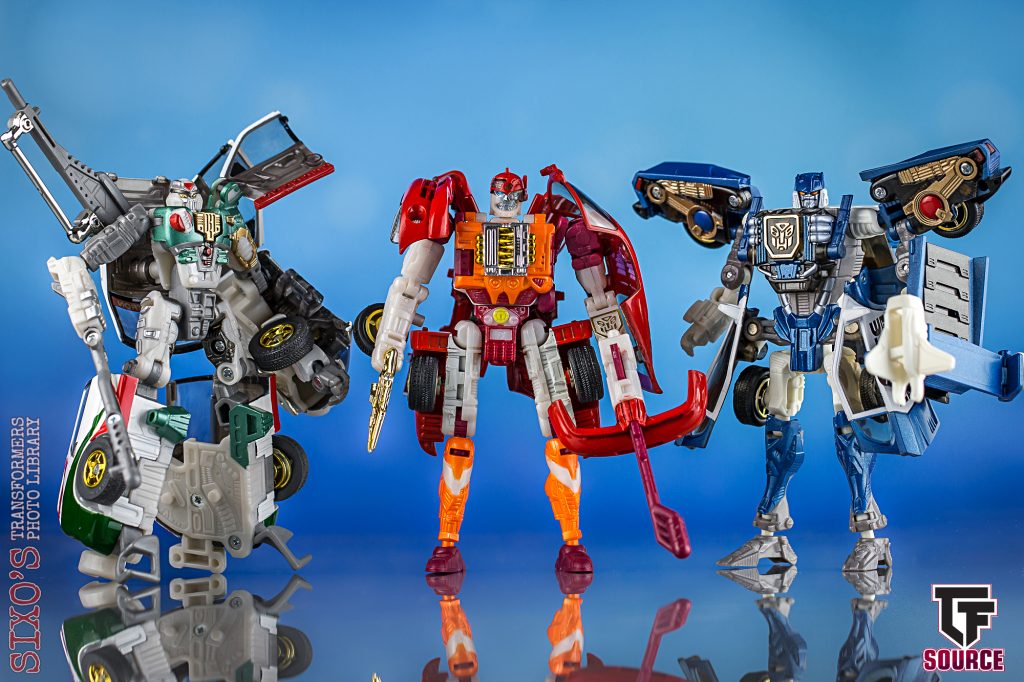 I can distinctly recall transforming RID Side Burn for the first time and thinking that it was almost beyond comprehension how difficult it was. If you’ve handled that toy fresh in more recent years then that probably sounds a bit mad, as with hindsight and the experience of more modern engineering it really wasn’t all that complex, but compared to a lot of what we’d seen before at the time it felt like a notable step up. Likewise, toys like X-Brawn, Ultra Magnus, Rail Racer and the Build Team all featured more intricate transformation sequences than fans were maybe used to even from the Beast era. 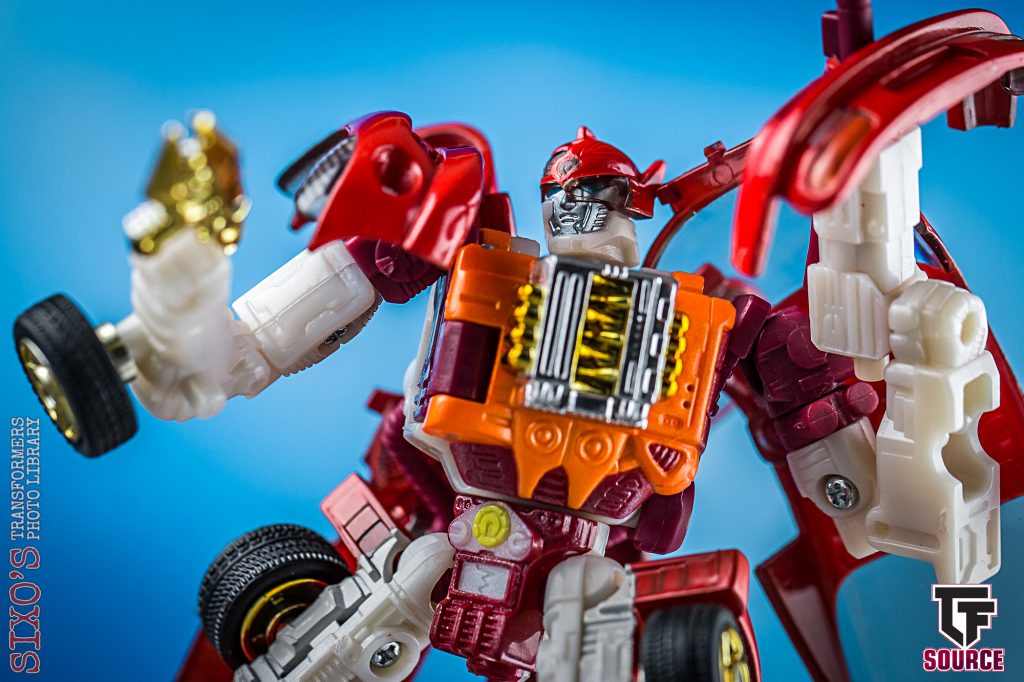 The irony was that both the Hasbro & Takara versions of the franchise married this up with importing toys from previous lines (see below), which often felt at odds with their contemporary shelf-mates by being notably simpler. It sounds funny now, but for years a toy like Side Burn was *the* benchmark for complexity, in a lot of people’s eyes.

#3: The Hasbro toyline featured repaints from every previous TF range 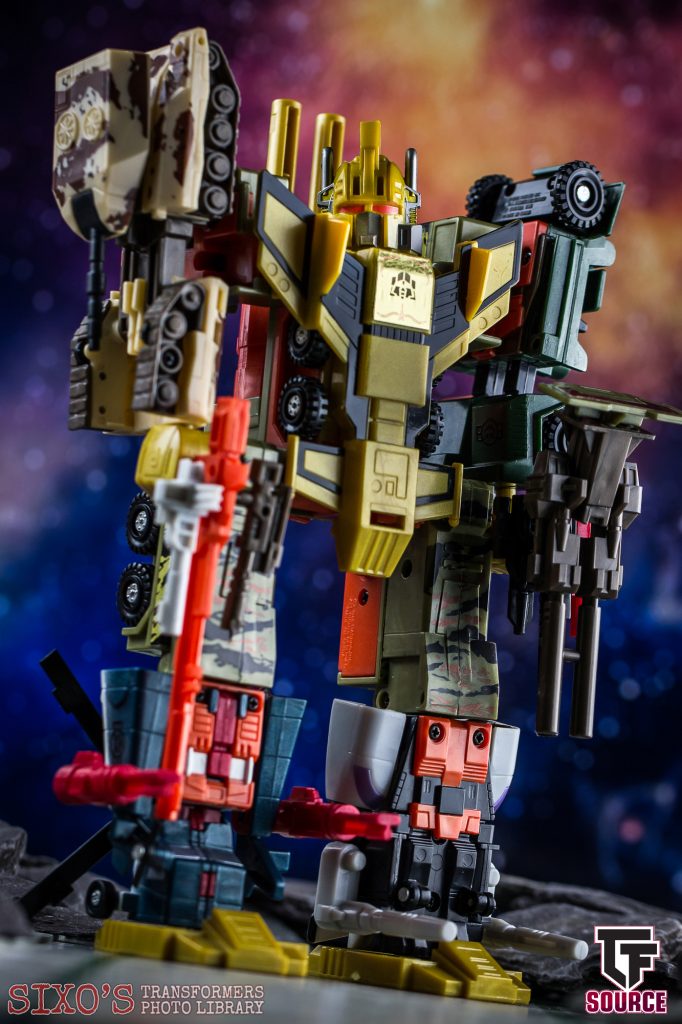 These days it’s not unusual to see the odd mould from yesteryear pop up with a fresh paint job and a new name in order to pad out a toyline, and to be fair even then we’d seen it happen with Takara during the Beast era. Yet Hasbro’s Robots in Disguise line is definitely the one to take the cake by featuring recycled designs from every previous iteration of Transformers at the time, including Generations 1 and 2, Beast Wars and Beast Machines, and even Machine Wars! CR had set this trend by making use of designs such as Bruticus (for Baldigus), Fortress Maximus (for Grand Maximus), G2 Laser Prime (for Scourge) and so on, but it was Hasbro who took things much further in an attempt to maximise the amount of product on the shelves. 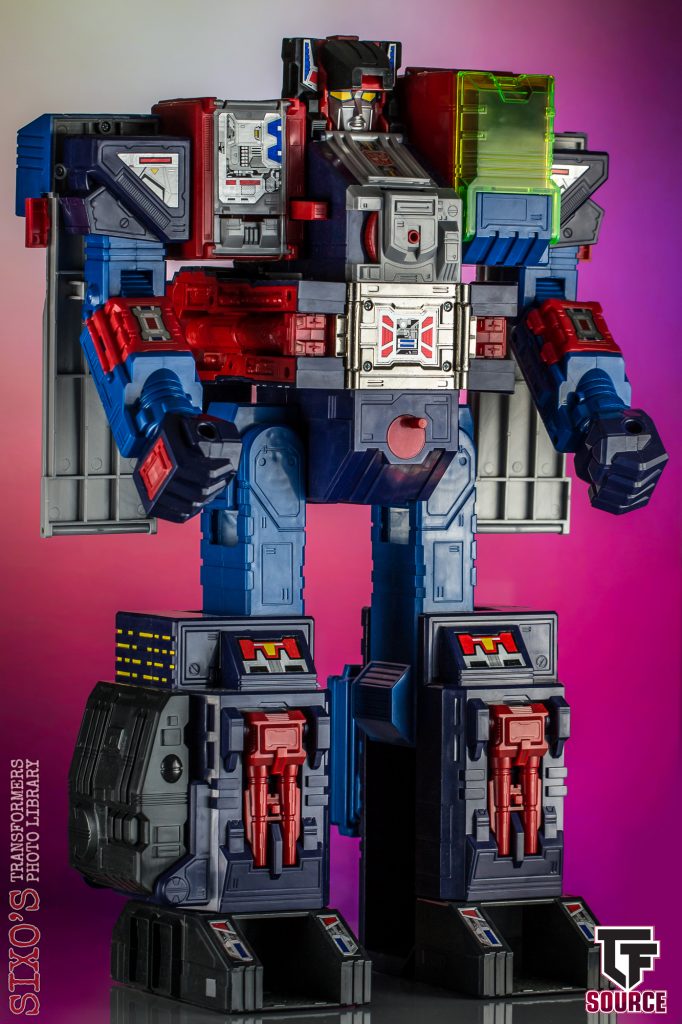 Some of the more obvious examples are Cryotek, which was a repainted version of the Transmetal 2 Megatron mould from Beast Wars, and both “Storm Jet” and Jhiaxus, which were repurposes of Beast Machines Jetstorm. Hasbro even went as far as putting out previously-unreleased designs such as Air Attack Optimus Primal and Megatron Megabolt, both of which had been designed for Beast Machines but ultimately shelved at the time.

#2: It wasn’t originally planned to be released by Hasbro 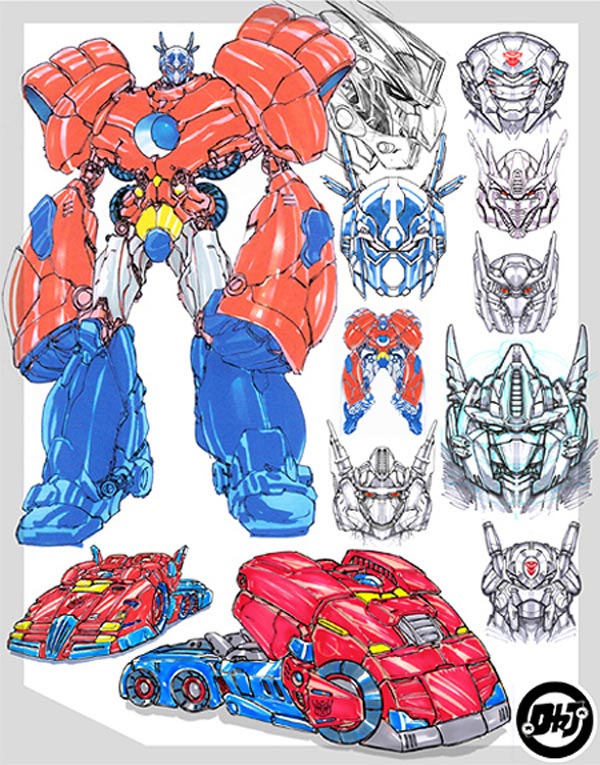 Amazingly, Hasbro only imported CR from Japan as a last-minute stopgap after their original plans for a line called “Transtech” fell through. It was originally slated to begin in mid-2001 and would have been a quasi-continuation of the Beast era, presumably acting as a follow up to Beast Machines. Not much is known about the idea, but a number of designs have surfaced since. Overall they look to be pretty out there, giving us entirely unique takes on a blend of classic and Beast-era characters, including the likes of Optimus Prime, Cheetor, Nightscream, Rattrap and Starscream. 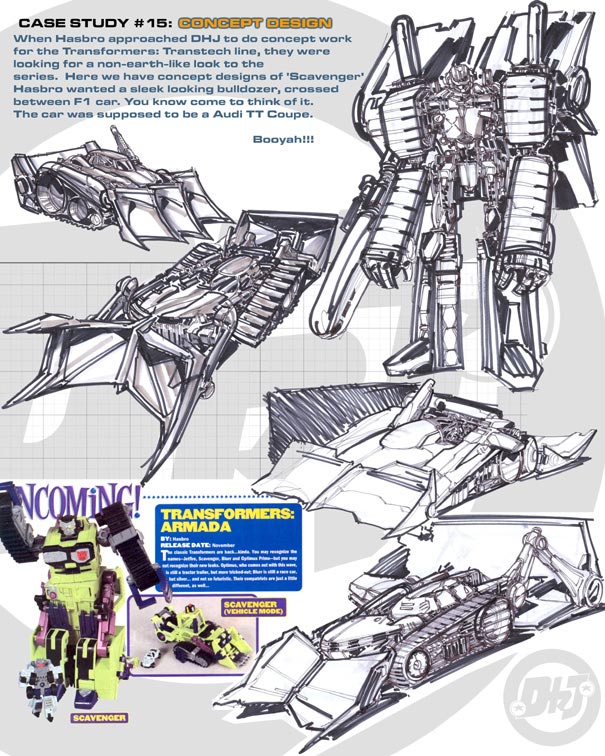 Designs such as Scavenger, above are particularly interesting for how they were clearly reworked and evolved into later toys, in this case for use in Armada . After Transtech was abandoned, Hasbro needed to bide time whilst they developed that new line, hence they took the decision to bring over CR to plug the gap.

#1: The line is older now than Generation 1 was at the time 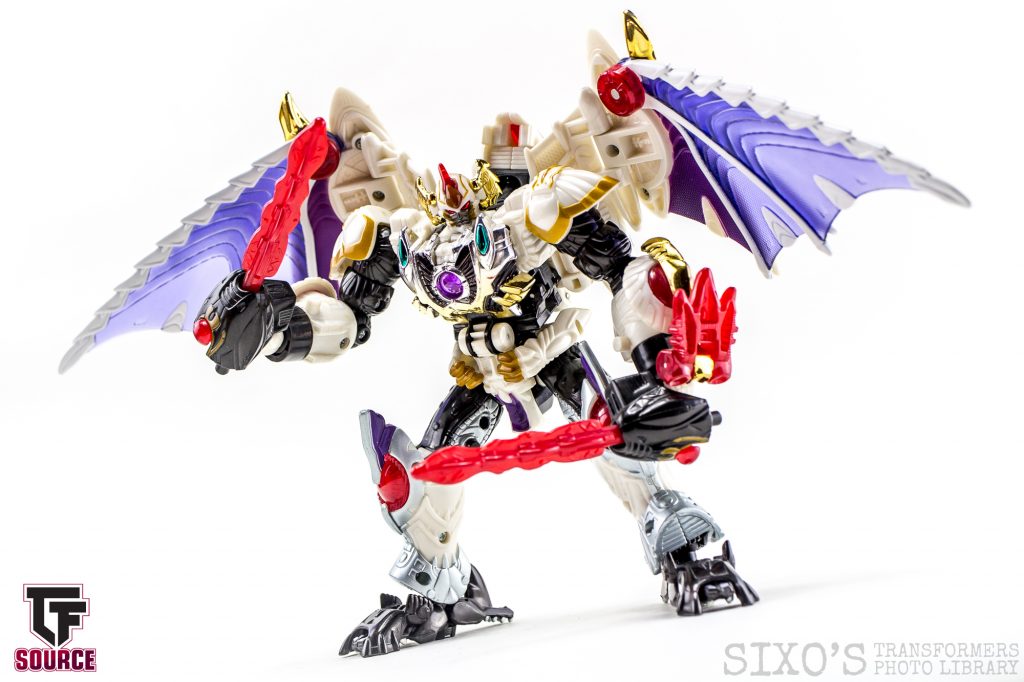 You may have already worked this out in your head, but just to make it expressly clear – CR & even RID are now noticeably older than Generation 1 was at the time of their release. Again, this fact is perhaps more significant from the perspective of someone who remembers what it was like when a fire truck Optimus Prime was a new and exciting premise, as even back then G1 seemed like a long, long time ago! It’s a sobering realisation for many, but also means we’re starting to see some re-appreciation for the CR designs in modern form. We’ve just recently had an Encore release of the God Fire Convoy giftset (though with mixed feedback) and it seems like there is a burgeoning number of fans willing to revisit this particular piece of Transformers history one way or another. Let’s hope that continues to be the case!

Ok folks – you deserve another snap of this wonderful toy. pic.twitter.com/QsGgxxvm3s

So there you go, that’s our list!  Thanks for reading!