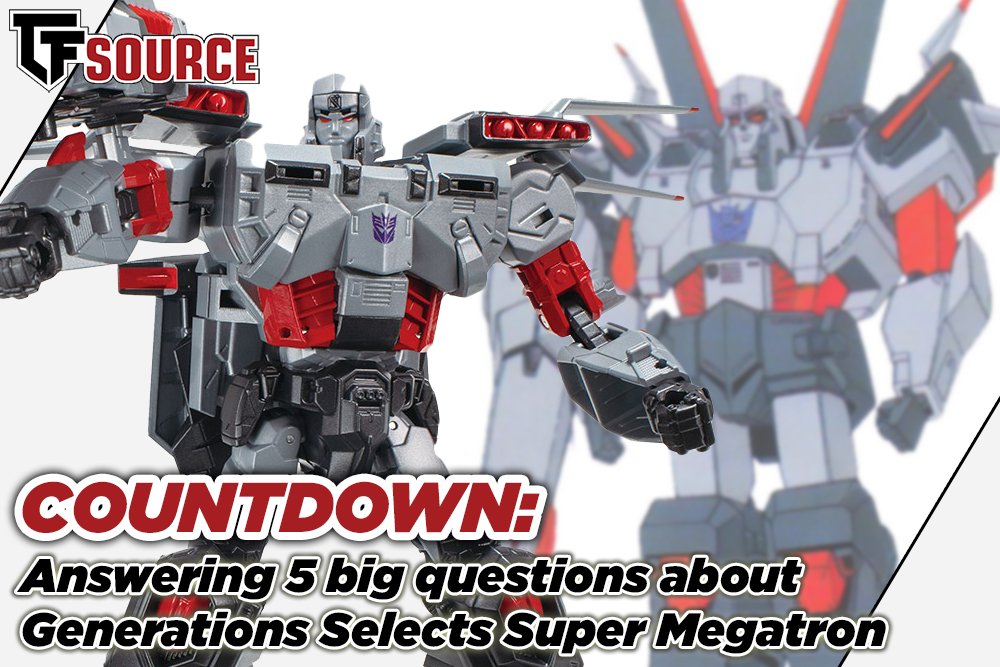 As toy reveals go we had a pretty cracking one this week, as hobby.dengeki.com dropped some new info on the previously-teased Generations Selects Super Megatron, including the first pictures! And boy, does he look kinda neat.

However, along with a collective coo of “oooh, he pretty“, one of the biggest comments on the Transformers interwebs has also been to ask just who or what on Cybertron a “Super Megatron” is anyway, and where the inspiration for this design came from. So today we’re answering 5 big questions about the new toy to get you even more excited than maybe you were already. 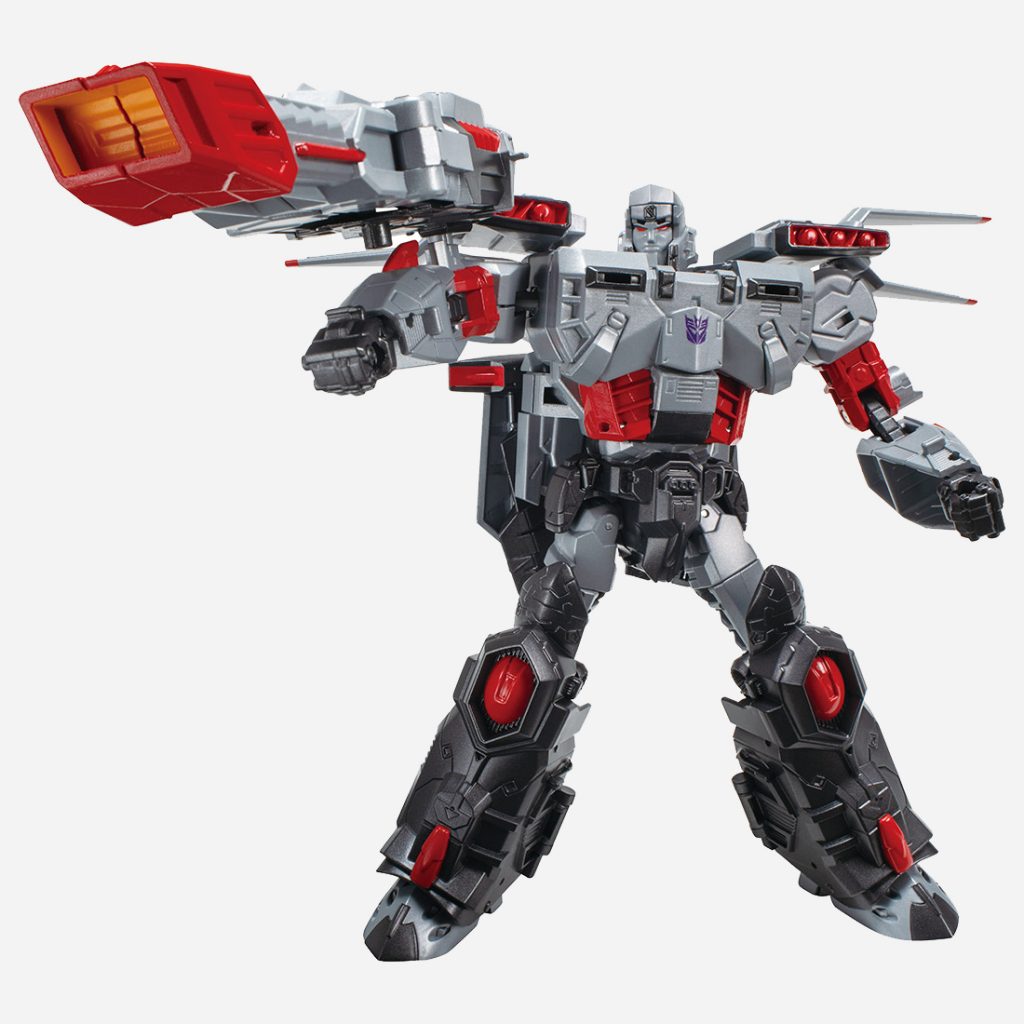 OK, first up – if you’ve not seen it yet then here’s the new toy in all its glory! There’s little doubt who this is meant to be, with that mahoosive arm cannon and signature grey, red & black colour scheme, but this is Megatron with a bit of a twist and some natty upgrades. Plus this time he’s sporting a fairly stylish looking jet mode, which is something we don’t see all too often from the Decepticon leader. 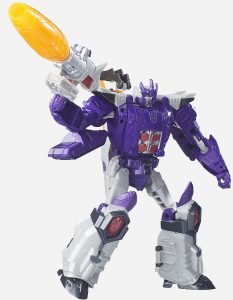 No, it’s a very extensive retool of Titans Return Voyager Galvatron, as evidenced by the moulding on the legs and particularly the shins. There’s no word yet on if it will replicate that toys Headmaster gimmick (which might be a little odd at this stage, but who knows?) or indeed how deep the re-design goes. It looks to be a fairly comprehensive do-over though, so expect a few surprises once he’s in hand. 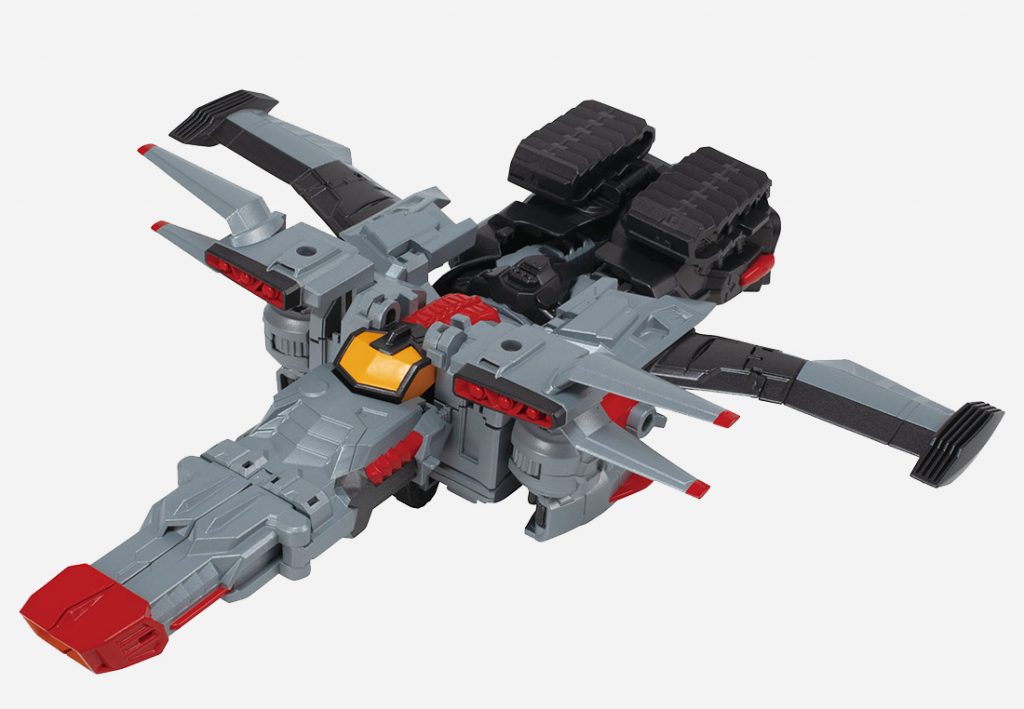 First up, it’s important to note that Super Megatron will be a limited TakaraTomy Mall exclusive and thus comes with a heftier price tag than you might otherwise expect. The listing already up has him at ¥6600, which is a little over $60 or just under £50 right now. Pre-orders will be open between 8th April to 7th May, with the toy itself getting released in September this year, all being well.

Right then, the big question! The design of the new toy is not altogether new, as it’s based on a piece of work by by Japanese manga artist, Ban Magami, who also created character models for well-known Transformers toys such as Star Saber, God Ginrai, Victory Leo and a number of other characters from Transformers: The Headmasters. 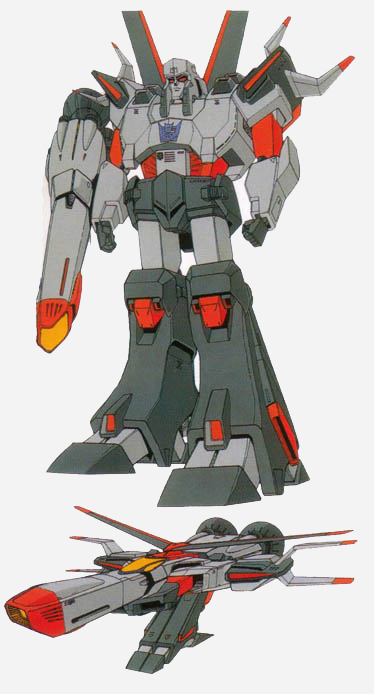 The design was featured in the adventures of Fight! Super Robot Lifeform Transformers: The Battlestars, which was a series of story pages published in TV Magazine between 1991 to 1992 in support of the existing range of toys from the time, Transformers: Return of Convoy. This was the penultimate Japanese line from G1, and given that what followed the next year made heavy use of repaints, was the last real hurrah in terms of big new moulds for the original iteration of the franchise. Return of Convoy was this line that gave us such terrific designs as Star Convoy, who of course has also been given a recent update. Clearly whoever is calling the shots at TakaraTomy right now is a big fan! 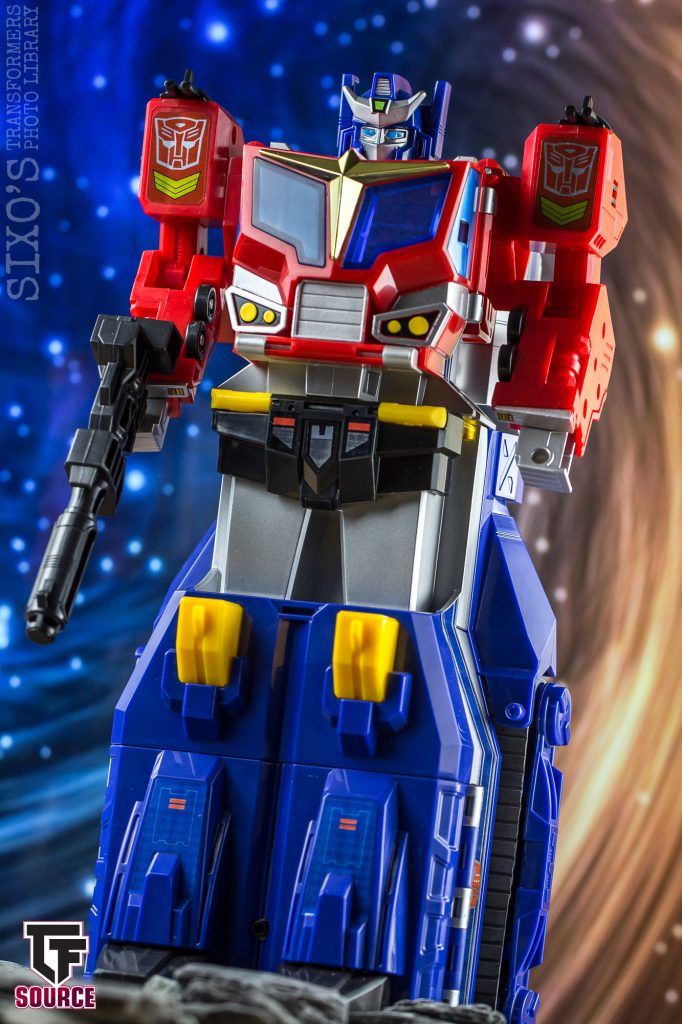 However, all of the released toys from Return of Convoy were Autobots, which might sound a bit mad but the bad guys have traditionally always sold less well in Japan, so it makes sense to some degree. That meant the Super Megatron design was relegated to the supporting fiction, and with no TV show in sight it was down to The Battlestars to fill in the blanks. 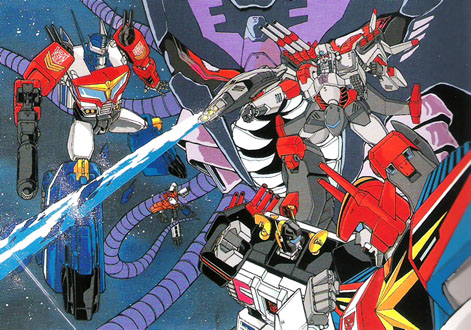 Given it ties in with the rest of G1, The Battlestars  picks up continuity from previous lines and sees Super Megatron created from a resurrected and rebuilt Galvatron, last seen meeting his end in The Headmasters. Yes, that means that after Megatron became Galvatron, he became Megatron yet again! He was cured of his madness however, so that’s something! 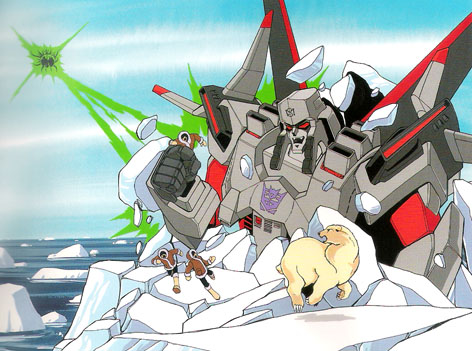 Ban Magami created his design with a working transformation in mind, hence why he looks like he could have been so easily turned into toy form. There was even a later upgraded form known as “Ultra Megatron”, with additional cannons and tank treads. He looks about as intimidating as the character ever has done! There’s some scant evidence on display that the new toy may be able to convert to an Ultra Megatron mode at some stage (it looks like the face can be swapped out, for starters), but that remains to be seen!

Well… yes! And no. You see although Generation 1 Transformers was winding down in Japan in 1991, Takara were already busy working on their new Brave franchise, an attempt at a fresh line of transforming robot toys to boost sales. A lot of designs that never happened in latter-day Transformers made it into Brave, although frequently overhauled and extensively repurposed. The word on the street is that Gunkid, released in the Brave line in 1997, started life as a Super Megatron design before being developed into the toy you see below. The evidence for this is all kind of in the design itself, given the cannon and jet modes it transforms into. I’d recommend checking out this excellent article from the Kapow Toys blog for more details. 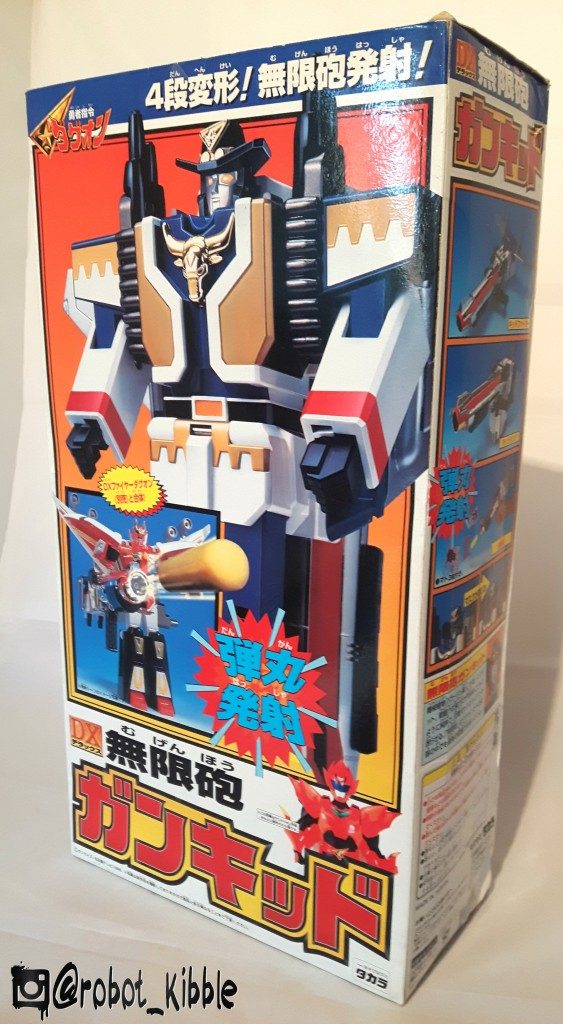 But wait, there’s more! You see although Super Megatron may not have ever commanded an actual Transformers toy before now, the inspiration of this design has been heavily felt on a couple of occasions, most notably in Transformers: Animated. It’s widely known that series designer, Derrick J. Wyatt is a big fan of Transformers history and peppered the look of that TV show (and by extension the toyline) with plenty of little touches from days gone by. Well, just remind yourself of the Megatron design from that time and tell me that isn’t some definite influence on display. 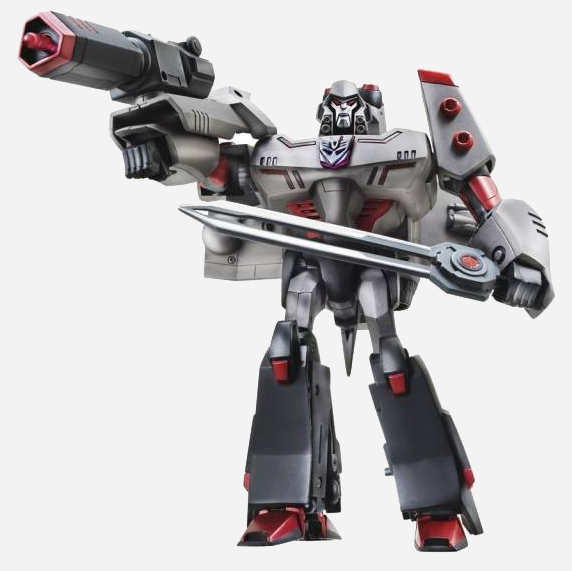 So I guess even if you’re not all that fussed about the whole “Super Megatron” idea from the early 1990s, you could almost imagine the new toy as a redesign of Animated Megatron, if that floats your boat!

So there you go, that’s our list! Are you excited about the new Super Megatron toy? Thanks for reading!

This entry was posted in Source Articles Tagged with Countdown, Generations, Megatron