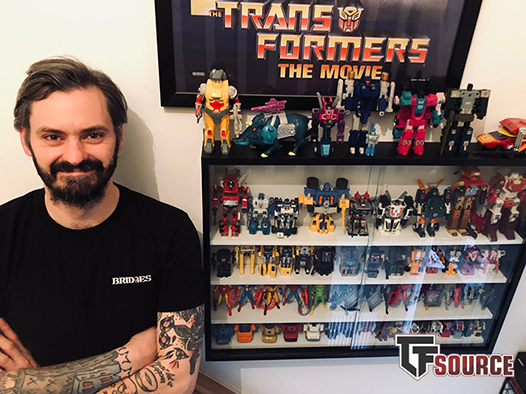 I first met Lee Cheney at TFNation in the UK in 2019, but before that had gotten to know him thanks to a string of photographs, posts and projects he had shared on Twitter about his Transformers, games and action figure collecting hobbies. I found in him someone who was as dilligent and driven with his research of the most niche and long-held Transformers mysteries as myself, as well as a collector who held similar appreciation of vintage G1 stickersheets and, later, TakaraTomy Diaclone stuff. In other words, a man of taste. Add to that a healthy love of synthwave, the 80s, MASK, as well as one of the most approachable and friendly people you could come across at TFN and in the community, and you have one of my absolute favourite people in the hobby. Tell us about yourself, Lee! 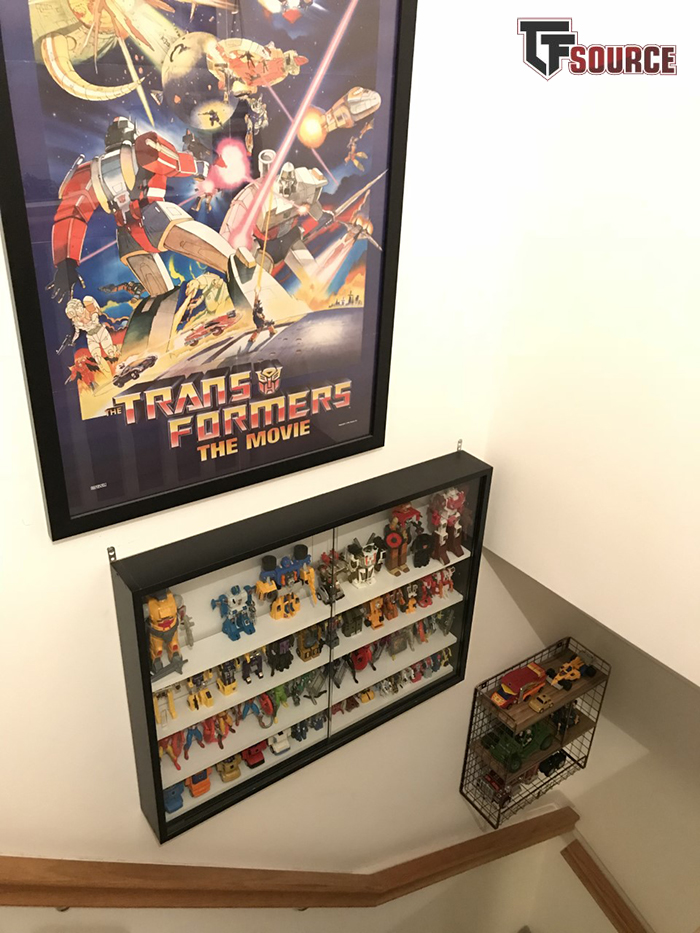 I’m Lee Cheney, and I collect primarily G1 Transformers, SNES games, and choice morsels from various other lines from my childhood in the 80s/90s that hit that nostalgic sweet spot. I have previously had substantial collections of Star Wars, Action Force/GI Joe and Battle Beasts, all now reduced to a small handful of meaningful pieces. I’ve decided recently to refocus my Transformers collection on G1 in the best condition possible, buying vintage sticker sheets if necessary, to replace any missing or weathered stickers. There is NOTHING quite like a fully stickered up G1 bot as nature intended, and the action of actually applying the stickers is basically a night out for me (as in I spend too much money, and give myself a headache). The fun, though! 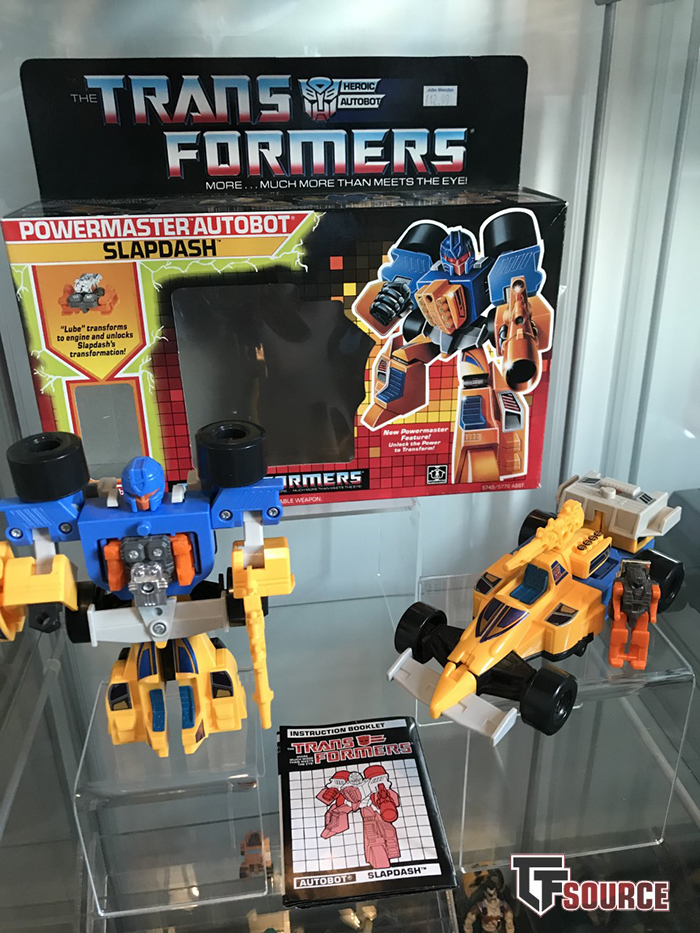 Well I guess I’ve been in the fandom since the beginning, having had the G1 toys and comics as a kid (yes I’m old), then re-collecting in my teens at car boot sales and the like, through to today. By far and away the internet, and eBay, are the biggest changes to the scene since I’ve been collecting. Before those you’d just have to get what you could when you could, and cross your fingers for a toy or collectors fair in your area and hope there would be something there for you, but you can near enough pick and choose exactly what you’d like at a moment’s notice these days and, funds providing, it’s yours. This is great for the fandom, because you constantly see people popping up with new finds to share. 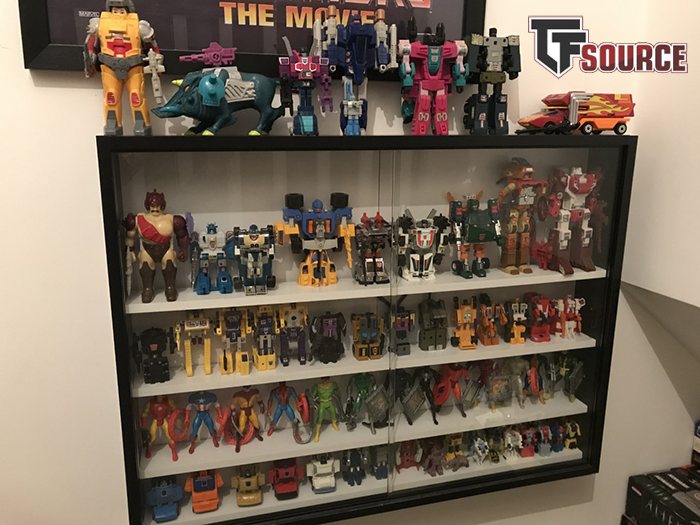 It’s fair to say we’re seeing a lot more G1-orientated product coming through of late, between the Bumblebee movie, and the Siege/Earthrise toys, which have built upon Titans Return, so a continued G1 resurgence would be most welcome. By then we’ll have at least another film to back this up (you’d think) so there could well be a new wave of G1 collectors out there to wrestle to the ground at TFN when the dealers hall opens. 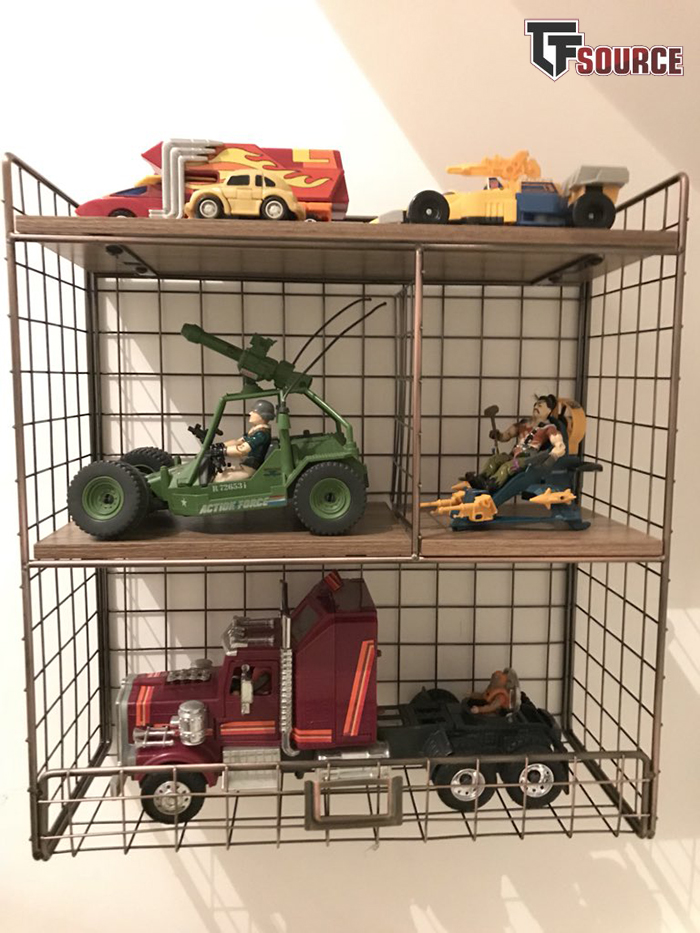 My biggest success as a collector has been finding the network of like-minded people out there to share this hobby with, their shared knowledge of every aspect of Transformers out there is beyond belief. My greatest passion is finding little projects to work on and bouncing ideas off people, whether it’s stickering up G1 bots ‘correctly’, figuring out how to fix broken bots up, or just seeing pages of original G1 comic artwork that I grew up with land in the hands of fellow collectors and reminiscing about the comics. It all adds a further element of involvement to the hobby than ‘just’ collecting. They are an endless source of inspiration, and continually inform my purchasing decisions and collecting focus. 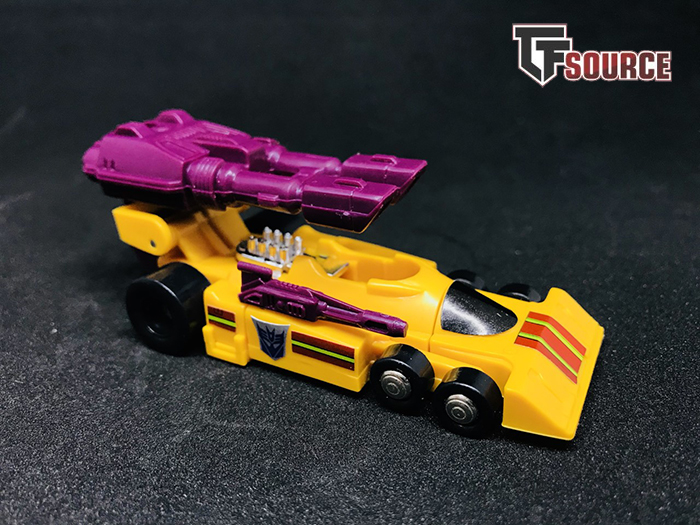 I’m not sure about outrageous, but I don’t think I’ll ever forget bumping into my friend Graham at TFN ’17, casually strolling out of the dealer hall with the original hand-painted art for the cover of #72 of the Marvel UK Transformers comic, purchased from Geoff Senior himself no less! He was most gracious not to pull me up on my drooling for 10 solid minutes.

A lovely, lovely piece indeed, and pops even more in the flesh than in print.

I also had an adventure figuring out the ‘correct’ way to sticker up G1 Drag Strip a while back, which is a story for another time, but whilst talking about it at TFN last year I was introduced to the person that owns the actual prototype Drag Strip! I was able to confirm certain details, that were up until then just guesswork, right there from pictures of his collection. Of prototypes. He has a prototype COLLECTION! 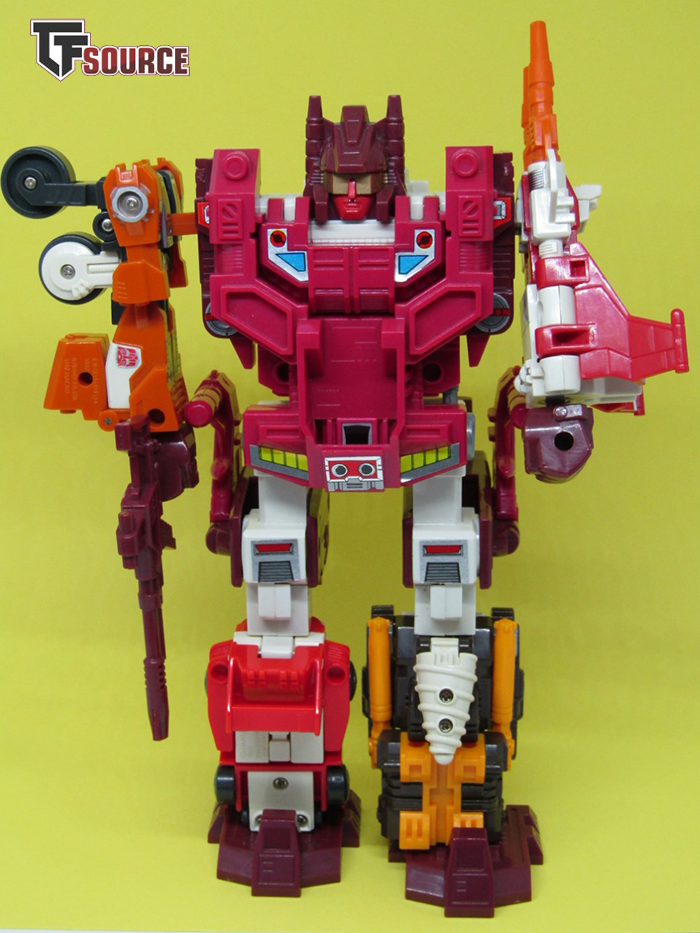 Without question, the Transformers UK comic full run. I’m missing those elusive few un-numbered specials, but #1-332 (yes, that’s what I’m counting as a full run), and 20 of the specials are enough for me. They are as much a memory goldmine as they are a record of my youth. The stories, the adverts, the free gifts, Combat Colin, even the swaps ads in the letters pages with bots I’d never even known existed (G1 Swoop was an urban legend in our neck of the woods). I have so many memories attached to those comics. Catching sight of the paperboy and running through the house to sit and wait at the letterbox for each issue to be delivered is something I did religiously every Saturday morning, and by the next week I’d have pored over every single page. I can vividly remember catching a glimpse of the Powermasters and Pretenders ads and stories for the first time in the comics and being so excited for them to come out.

City of Fear is the first time I remember being actually scared by something I’d read too, and my love for the Sparkabots is in no small part due to that story. 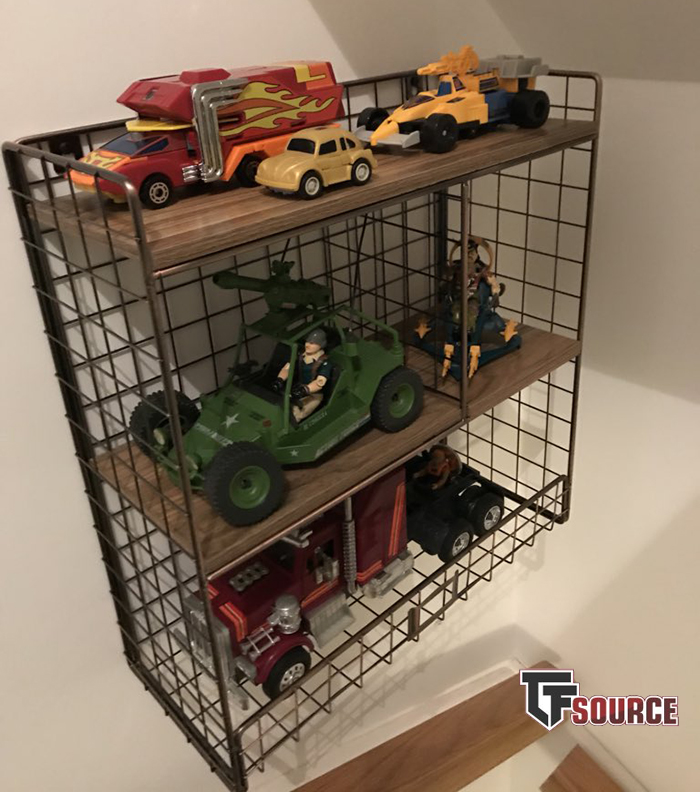 I’ve been after an E-hobby Hauler for ages, my first ever Transformer was G1 Grapple (choice was a trip to Hull Fair or a toy, the resulting decision was the ground zero of the butterfly effect that got me to right here right now), so I’d love to get the green variant. They pop up now and again online but the timing never seems right. One day! Also high on the list are a Canadian Slag, and Mexican Grapple too. Some dark blue rockets and launchers to finish off my Red Tracks wouldn’t go amiss either come to think of it. 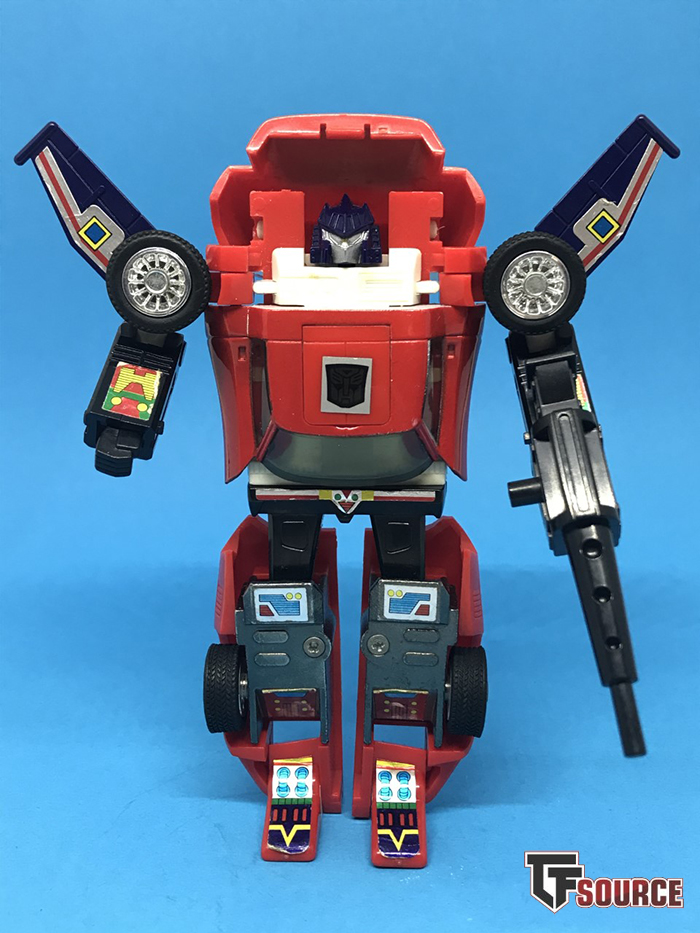 I’d say think long and hard about what you want, and why you want it. Be picky (you will NEARLY always get another chance if you have to pass something up the first time) and try to narrow down as much as possible. Cast your net too wide and you’ll end up with a whole load of beaten up bots missing too many bits and pieces. I’m not sure whether that’s just me giving myself advice though to be fair, people have their own tastes, so just enjoy it! 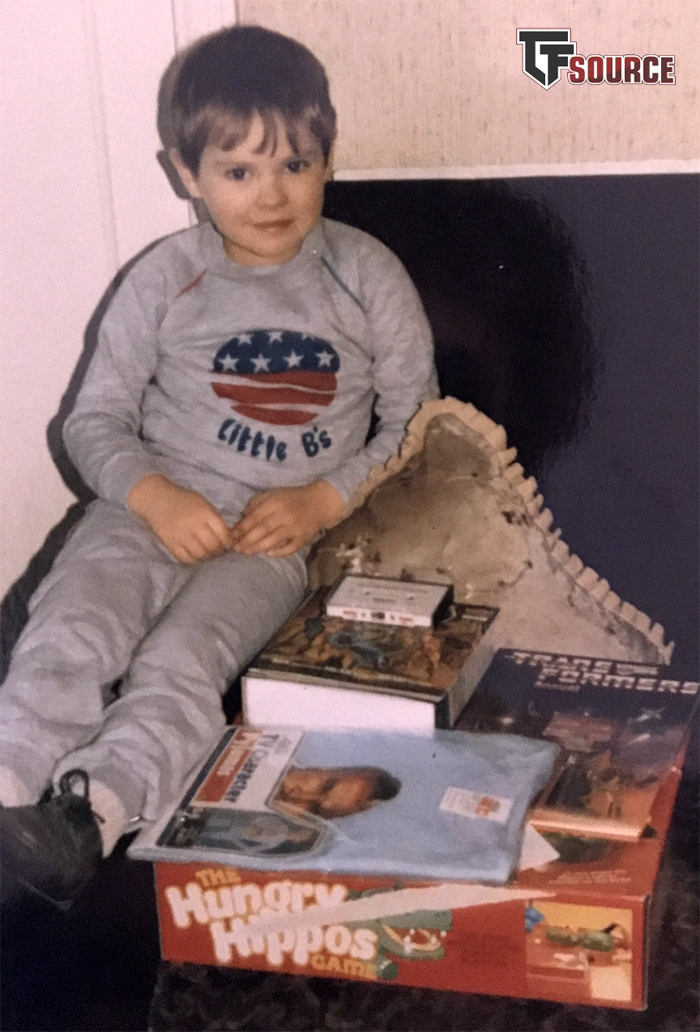 Many kind and gracious thanks to Lee Cheney for words and photographs.