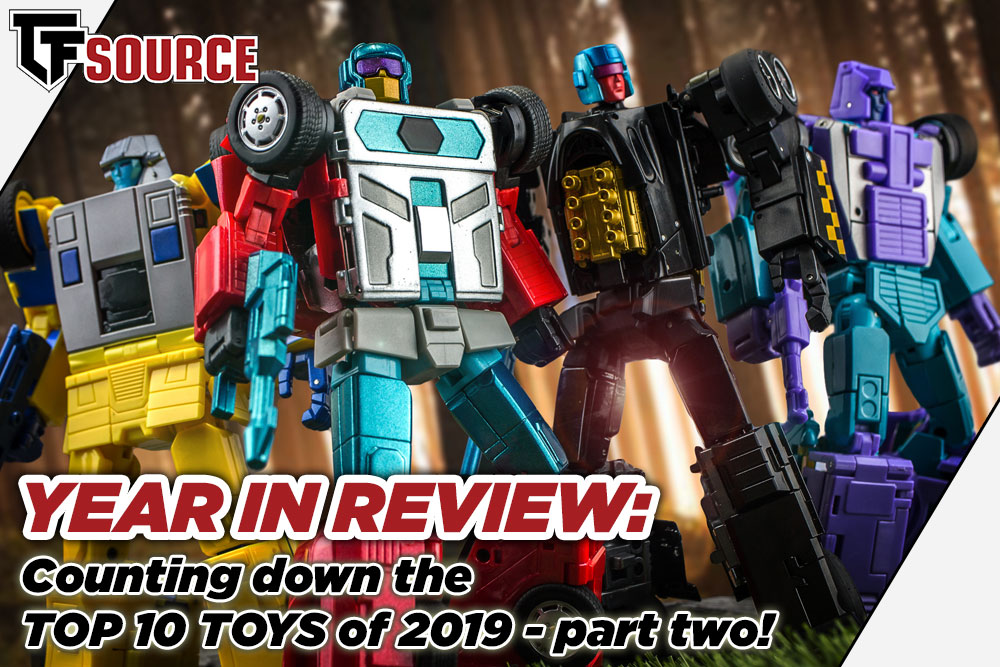 It’s time to continue my rundown of the top 10 toys from last year! If you missed it, then be sure to catch up on part one first. As I explained then, this is my personal list of what delighted me the most from the various new toys I picked up during 2019. So let’s crack on! 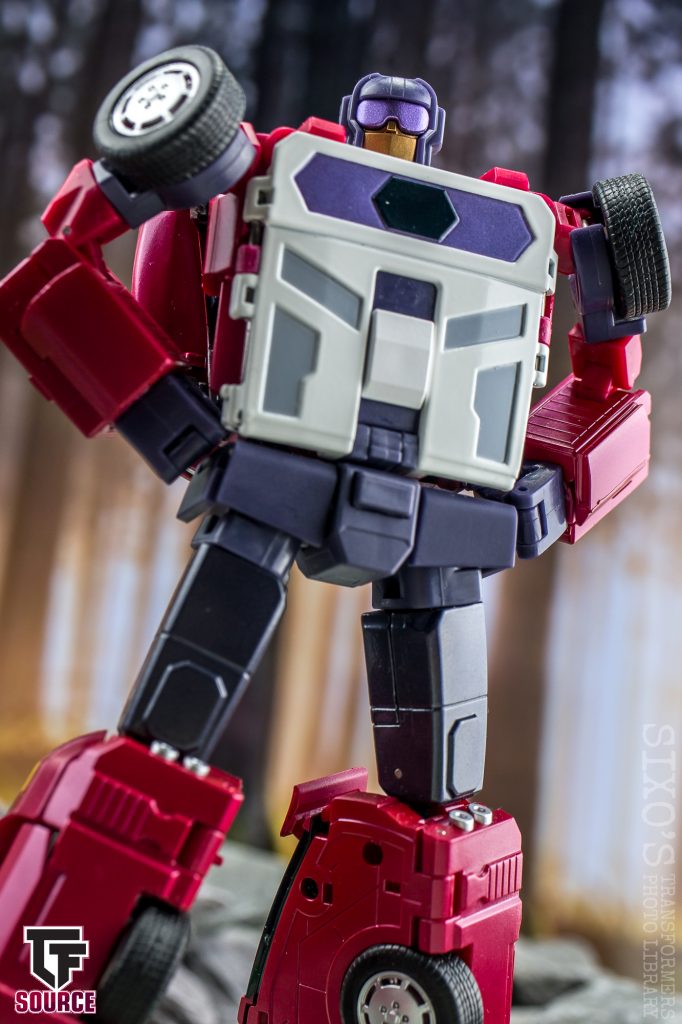 I’ve already mentioned how much I’ve enjoyed the X-Transbots Stunticons, but this guy is the absolute best of the bunch as far as I’m concerned. Crackup, Flipout and Overheat were all superb, but there’s just something about Deathwish that works on every level for me. 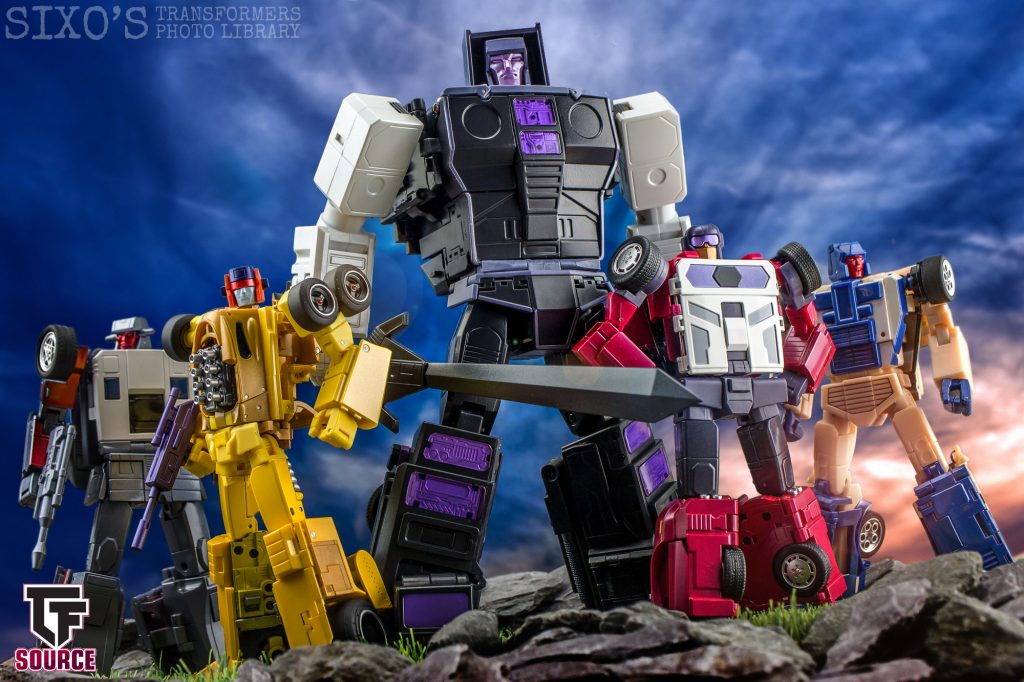 First up, he looks ace. I love the moany character from the cartoon and this sculpt captures his essence wonderfully. Then it’s just a relatively straightforward but fun design with two really nice modes and an easy transformation between. Simply done, served well. 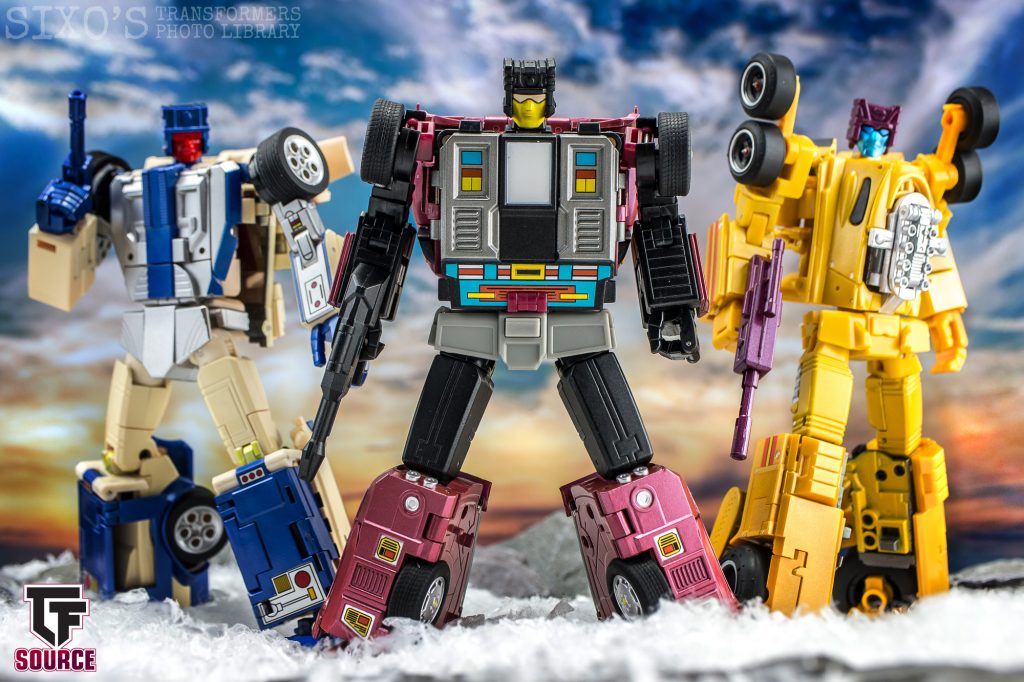 Of course XTB really turned it out last year by releasing not one, not two, but three different versions of the same toy – all with their own unique flavour and all equally relevant. The “youth” version above is a real stunner and, like the toy homage of Crackup, has a surprising amount of newly-moulded parts and some wonderful tampos that really crank up the nostalgia. 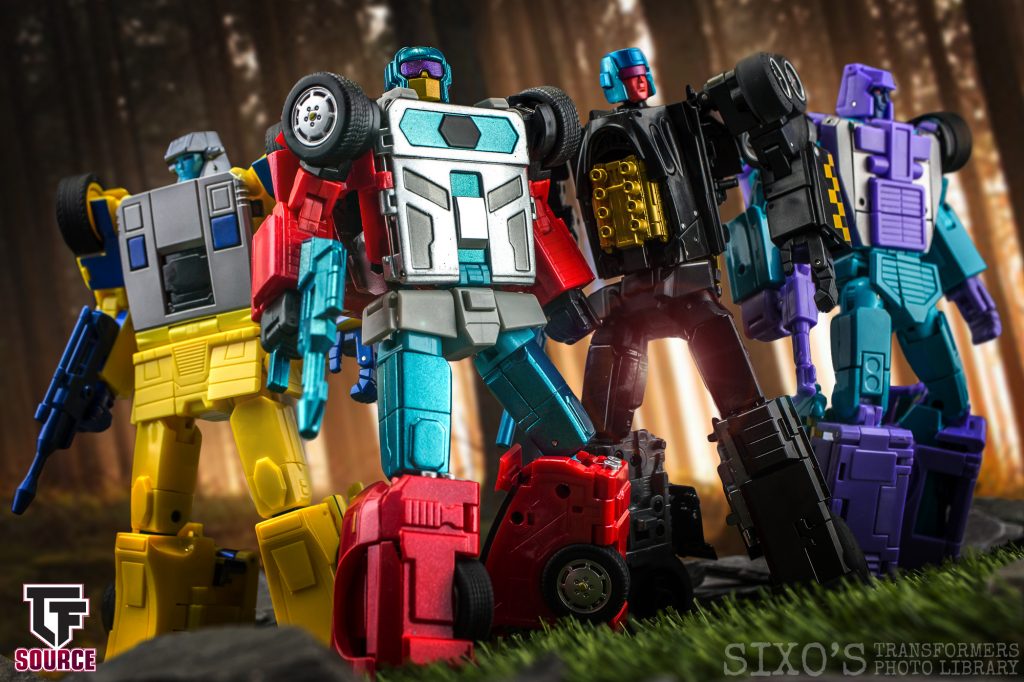 Then there’s the G2 version with its oh-so-garish metallic blue and über-vibrant red, which I just love. In many ways I think this one might be my favourite of the three! I’m so looking forward to the G2 Gravestone to round off this group. 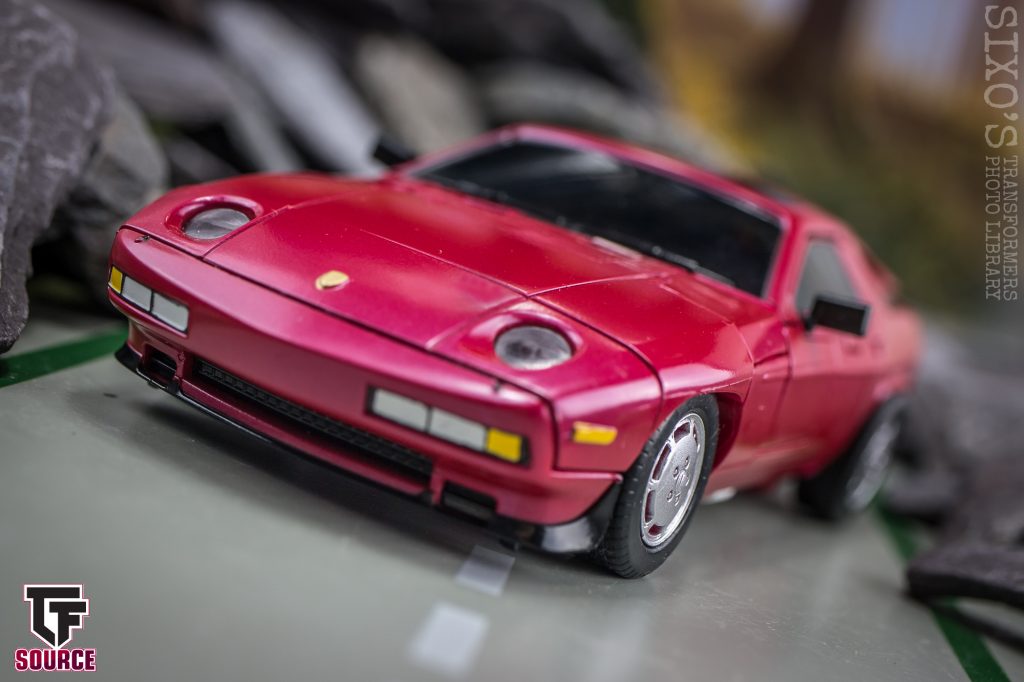 So there you have it – three cracking versions of one design, all released within the last twelve months. Don’t say XTB aren’t on a roll right now! 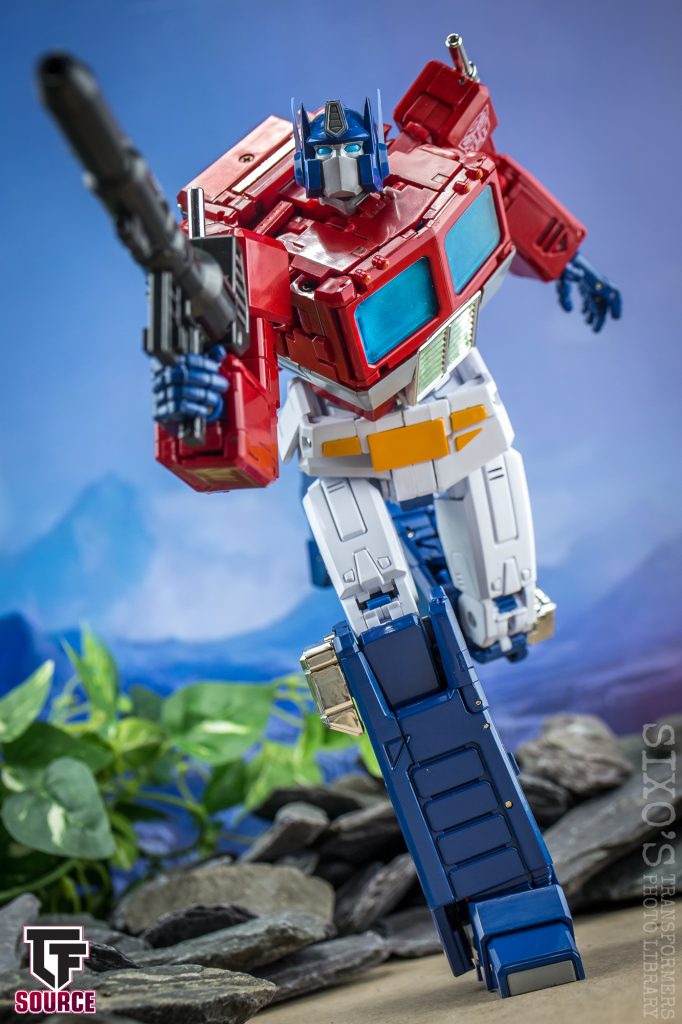 Hoo boy, this is gonna cause some comment. Many of you might know that I’m a big fan of MP-10 (and own every variant of the design), so you might be surprised to see the new version of Masterpiece Convoy (or Optimus Prime, if you prefer!) ranking at just #6 on this list. Well, for what it’s worth I do really like this toy (a huge amount, actually), but after a lot of thought I decided this was the right place for it. 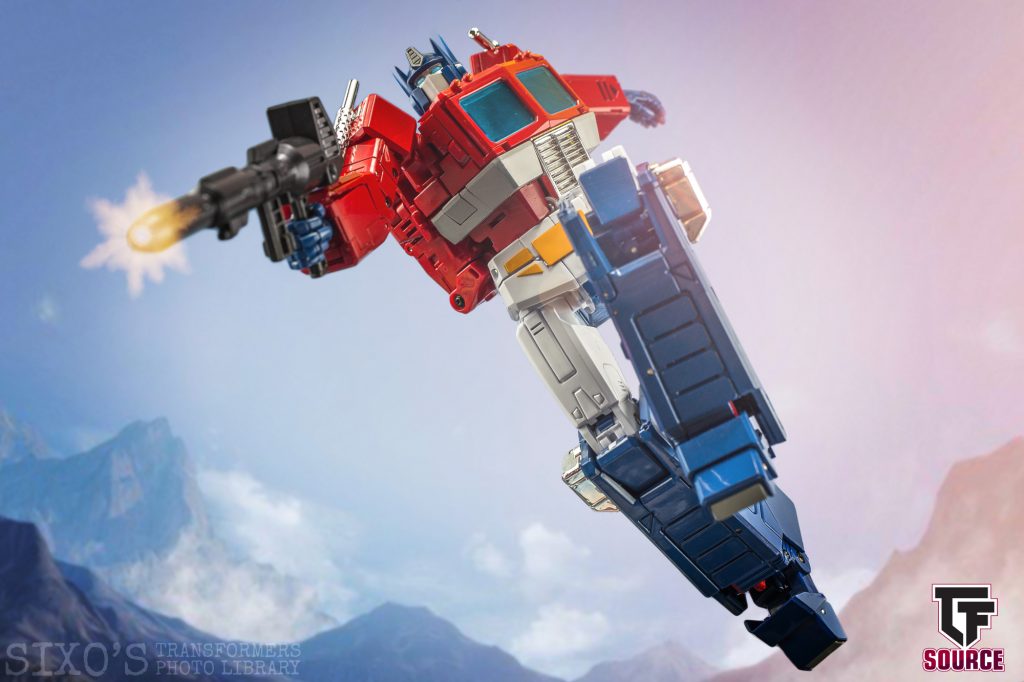 Here’s the thing. This toy does so many things well. Firstly, it looks terrific. The overall design and especially the headsculpt are just… well, it’s hard to imagine a better looking Optimus toy, quite frankly, and seeing it stood in pride of place on the shelf makes it a wonder to behold. Secondly, it is tons of fun. There’s accessories galore, tons of play value to be had with the trailer, and the main robot itself is beautifully articulated and wonderful to put through its paces in front of a camera. All massive ticks. 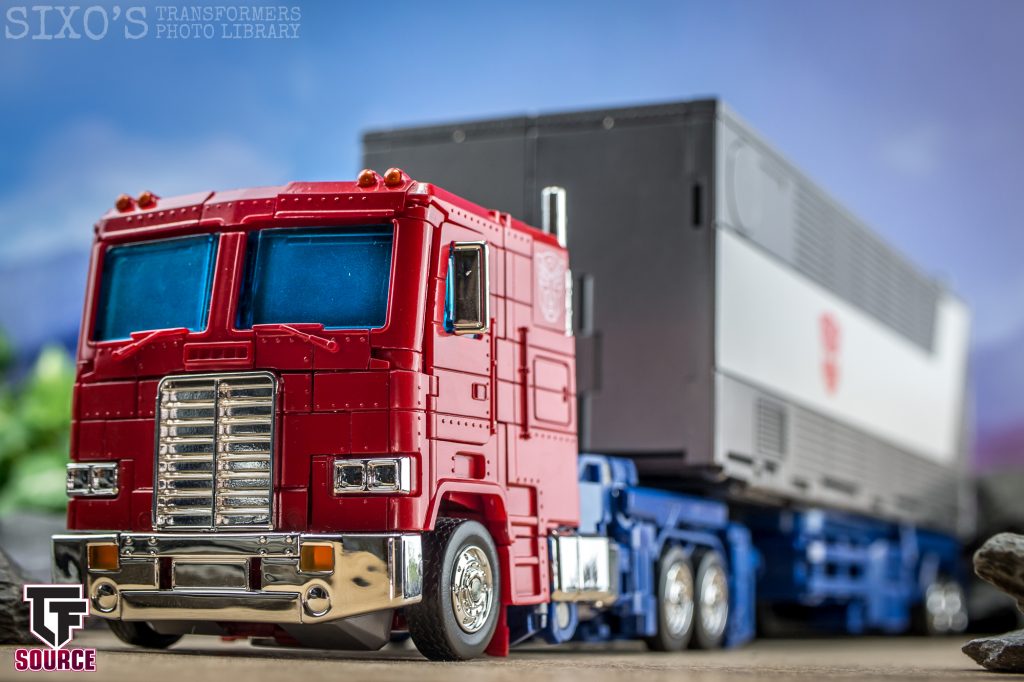 But here’s the thing – there are some notable downsides too. I was a bit disappointed when mine suffered a sizeable paint scratch on the grey section of its abdomen (it may well have been “user error”, I can’t be certain, but either way it happened all too easily). It’s not enough to write off a toy like this in my estimation, but given the extreme retail price of this guy, I’ll admit it did give me a bit of a sour feel. Then when I was weighing it up it occurred to me that I’ve still only transformed MP-44 once, and in fact I’m really not relishing the prospect of giving it another go. 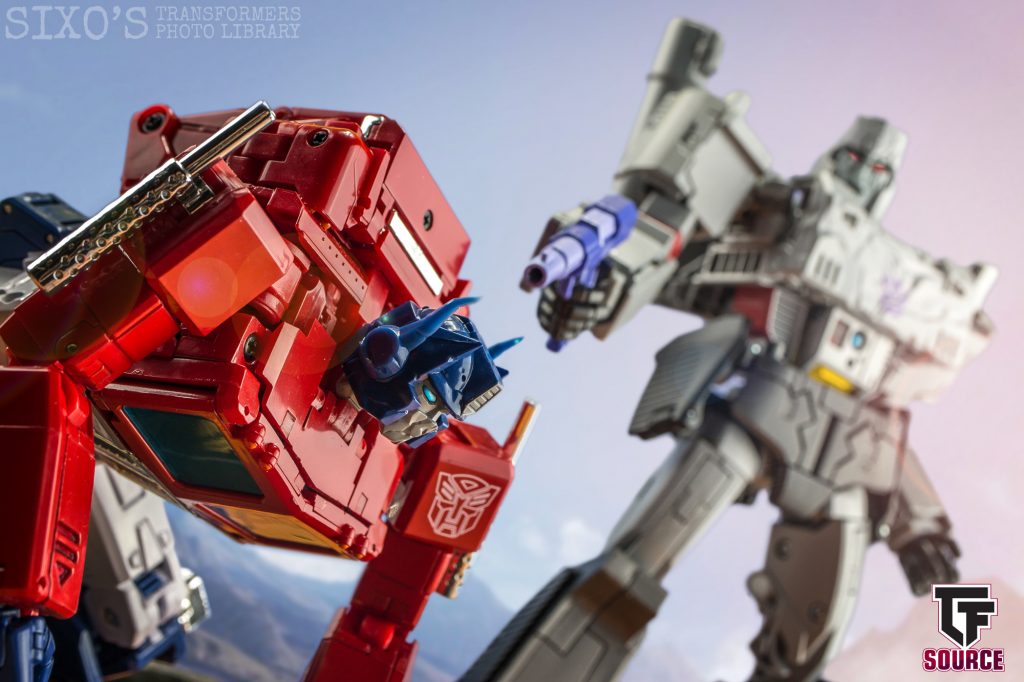 Ultimately this toy is a real stunner but I fear it is also far too expensive, and for the price you expect perfection. For as great as the design is overall, there’s a slight worry about damaging MP-44 that I just can’t quite shake. Perhaps that’s why I’m not feeling so excited about the upcoming Nemesis repaint at present (not enough to place a pre-order, certainly). 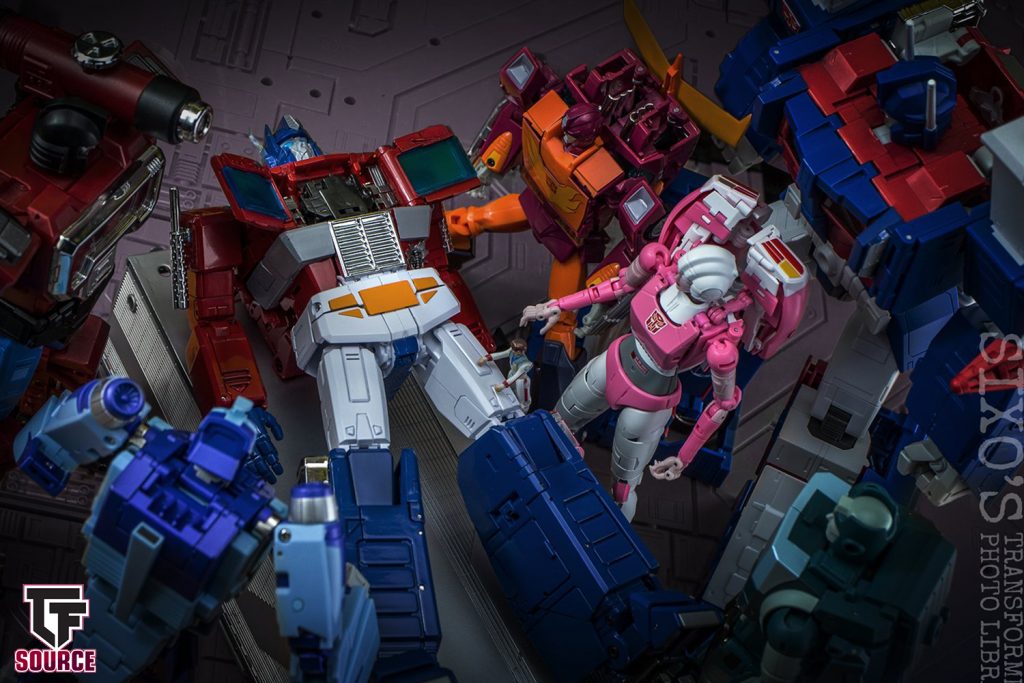 Still, don’t read this the wrong way at all – MP-44 is a great figure, and one I’m really happy to have in my collection and to comfortably place in my top 10 from last year. I’m just maybe surprised to not be giving him a higher spot. 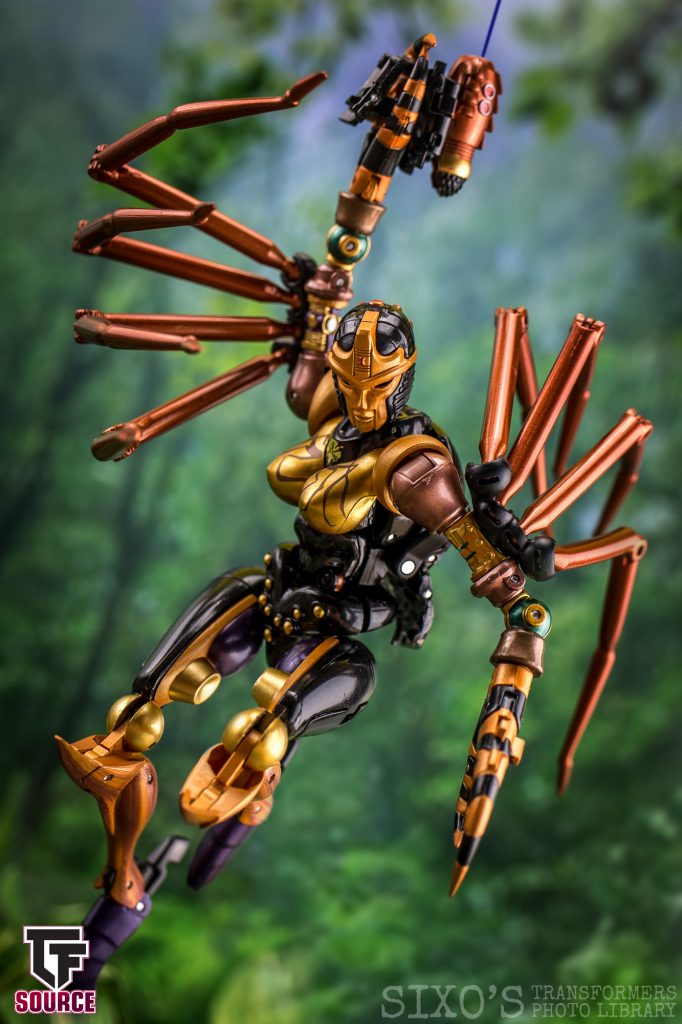 Another Masterpiece toy and this one really has blown me away! It was pretty obvious from pics that the robot mode looked ace, but in hand it’s a total marvel. Just check it out! 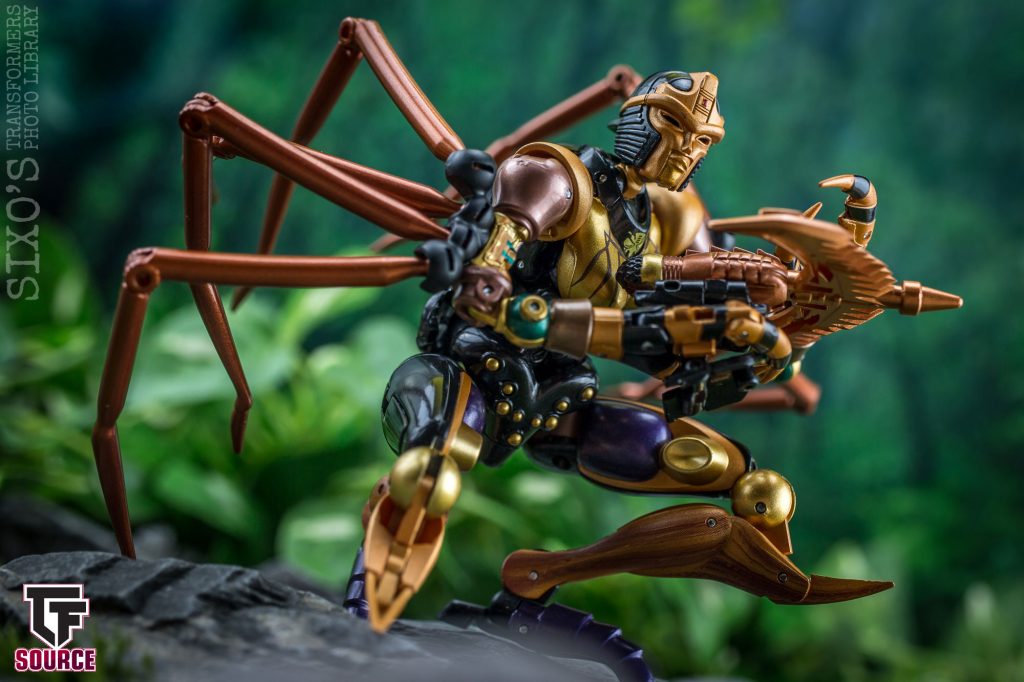 We often about toys looking like they’ve stepped off the screen these days, but this one takes the cake in my book. That is Blackarachnia. Oh, and the robot mode is also all kinds of articulated and tons of fun to pose and play around with. Bonus! 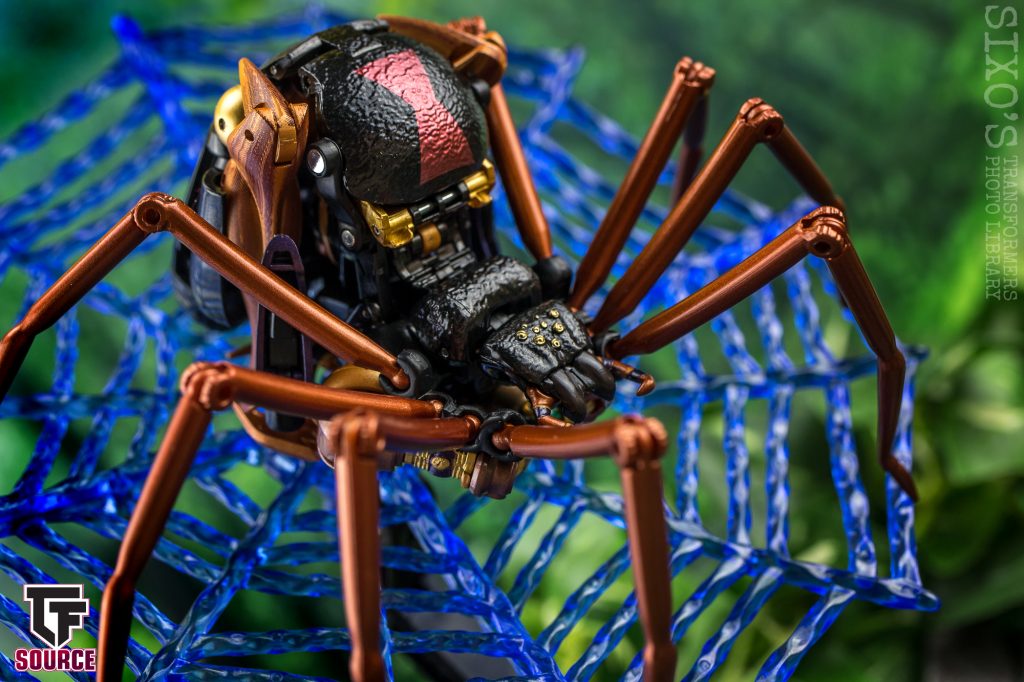 Yes, the spider mode might be a little hit and miss, but overall I maintain it does a good enough job at recreating the look and feel of the character from the animation. Plus it has some really cool features like a weird texture and moving mandibles. That web accessory is just about as perfect a display option as you could hope for, too. 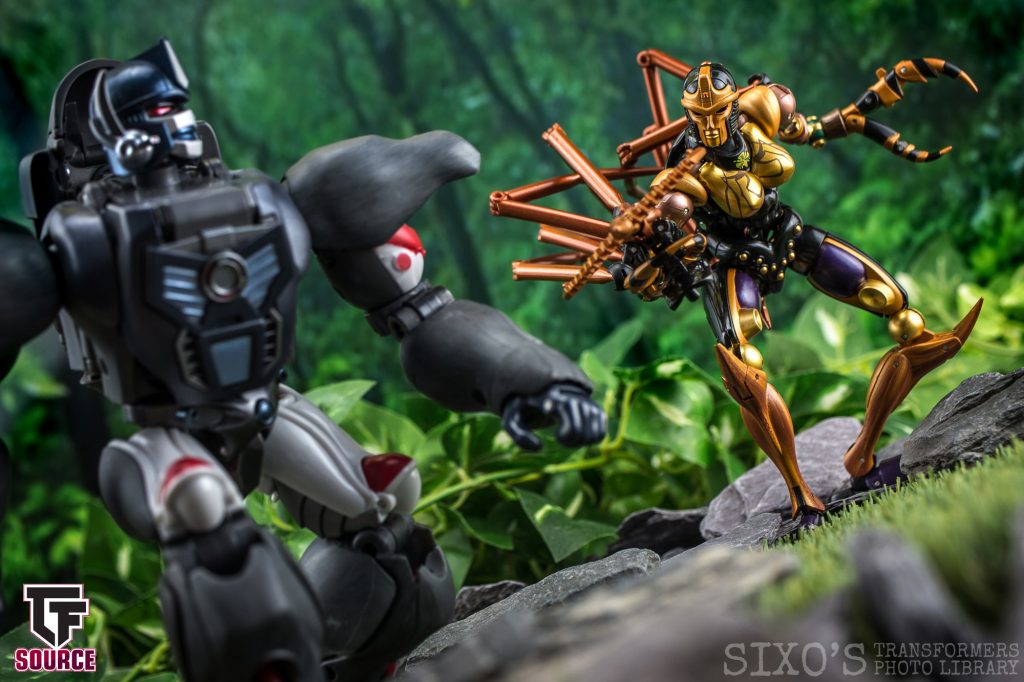 However it’s definitely still the robot mode that is the main draw here, and on that front it’s hard to think of many toys that recreate their on-screen likeness as superbly well as this one. It really makes me very excited for a Tarantulas in the same vein. 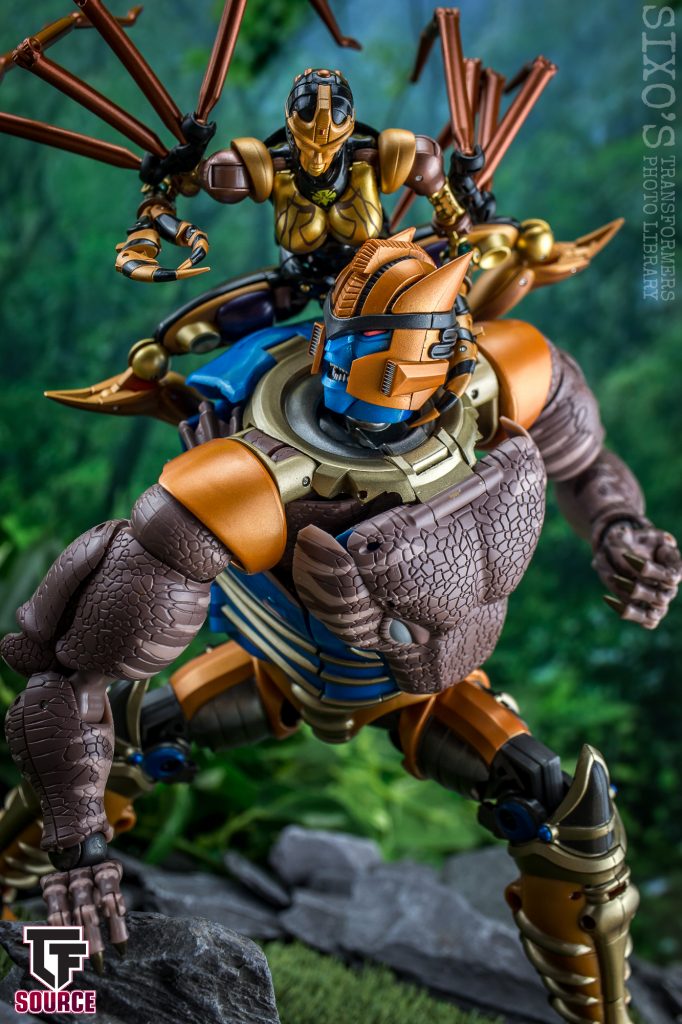 I’ve said it before and I’ll definitely say it again – for me the Beast Wars designs are the absolute peak of the Masterpiece line right now, and Blackarachnia demonstrates that with aplomb. 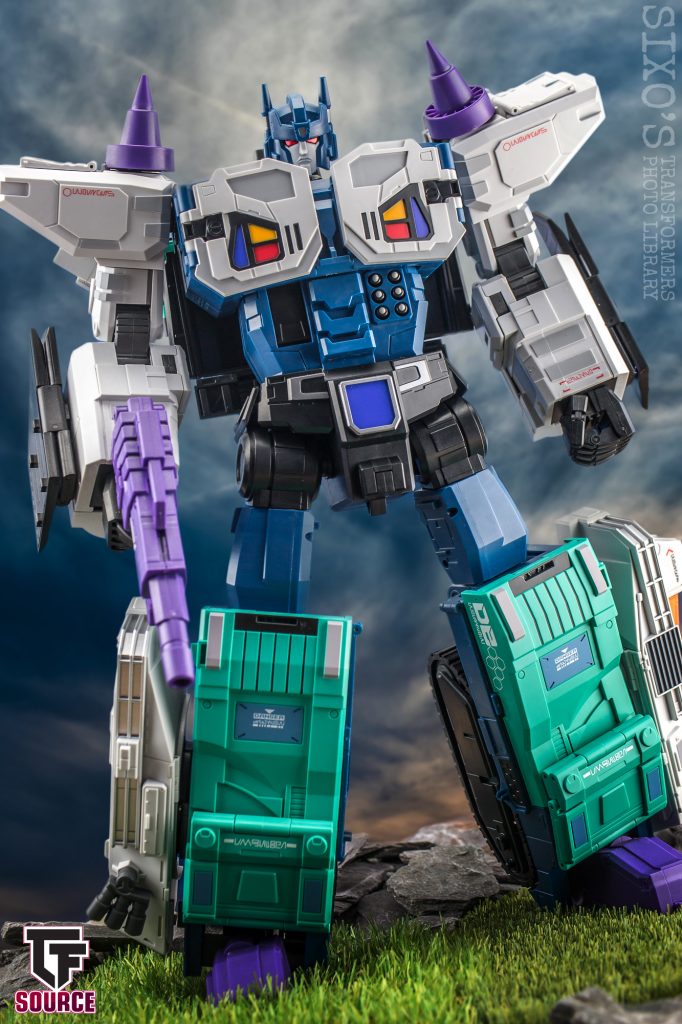 Of all the various third party outfits on the scene right now, I love that Fans Hobby are kind of marching to their own drum. Just look at their character choices for one thing – Robots in Disguise Scourge, G2 Laser Optimus Prime, the Monsterbots, Ginrai… and now Overlord. It’s all kinda leftfield but really appreciated. 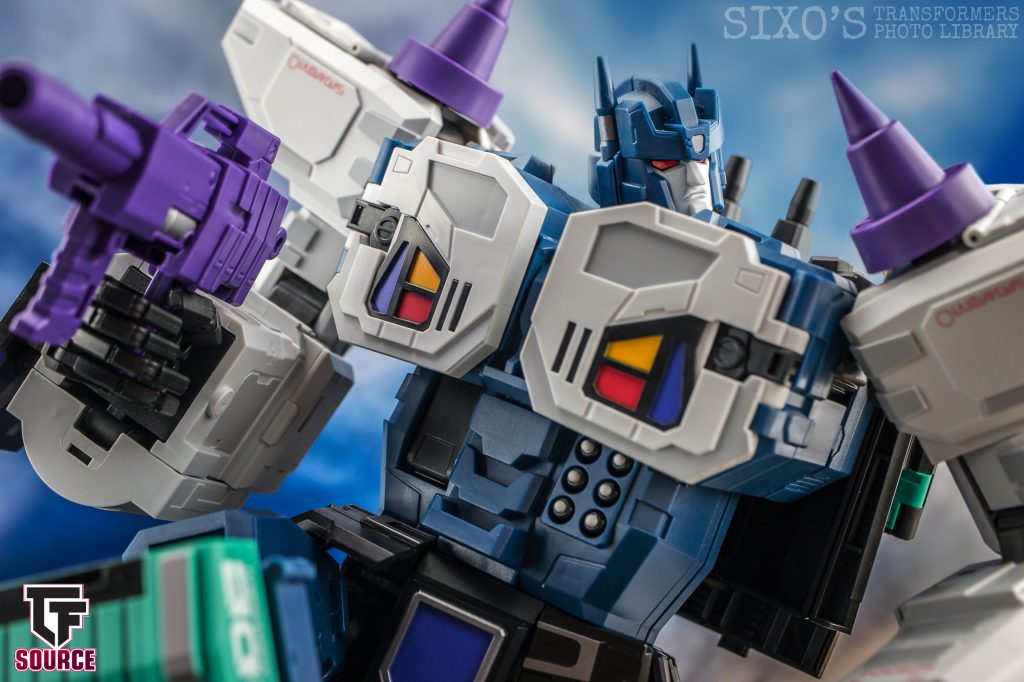 Oh and let’s not forget their toys are exceptionally well-built and really nicely designed, eh? And yes, Double Evil encapsulates all of that and more in my book. 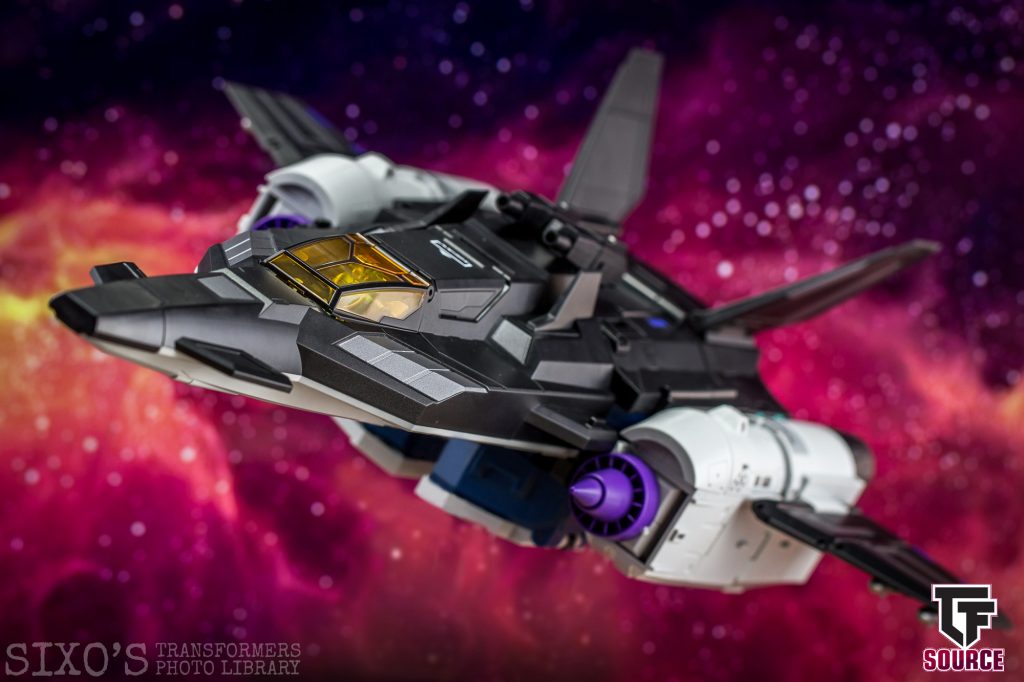 First up, it’s massive. Second, it’s surprisingly simple and fun to play with. Thirdly, it has gimmicks aplenty. And fourthly, it has a charm and fluidity of design that makes you forget this isn’t an official toy. It all just works so well. 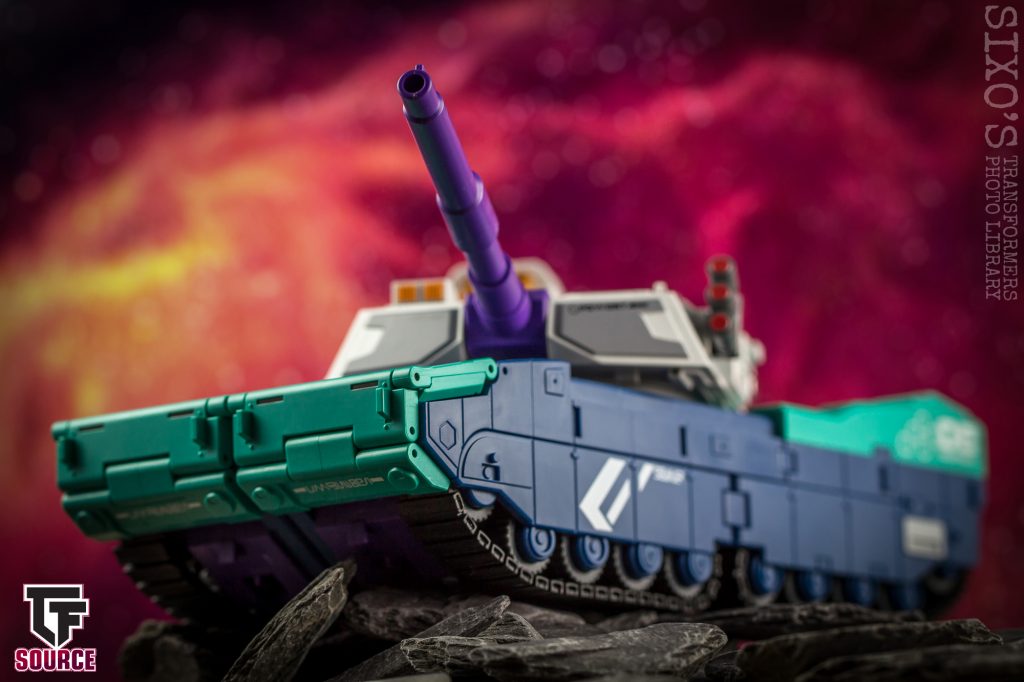 In fact I have a very fond memory of taking Double Evil round to a friend and fellow collector’s house and just spending time over a cup of tea cycling through the various features of what this toy can do. It’s a cracking package and a testament to just how evolved third party designs can sometimes be these days. 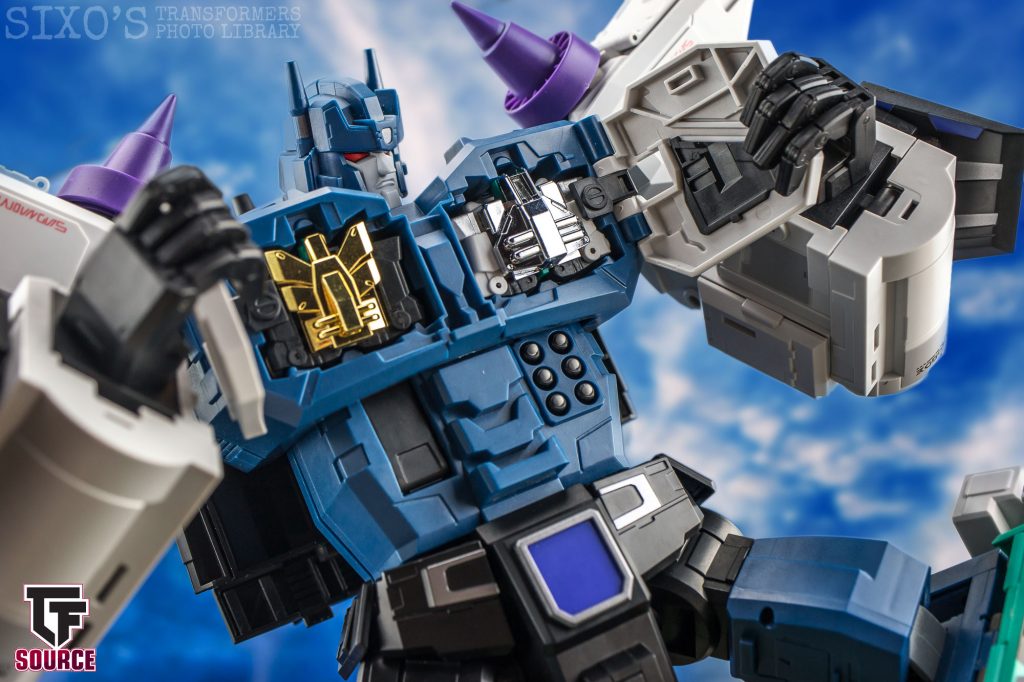 One thing’s for sure, Fans Hobby is one to watch right now, and I cant wait for Athena and more of their Masterforce-inspired designs throughout 2020 and beyond.

So, that’s part 2 of our list!Continue on to part 3 here.