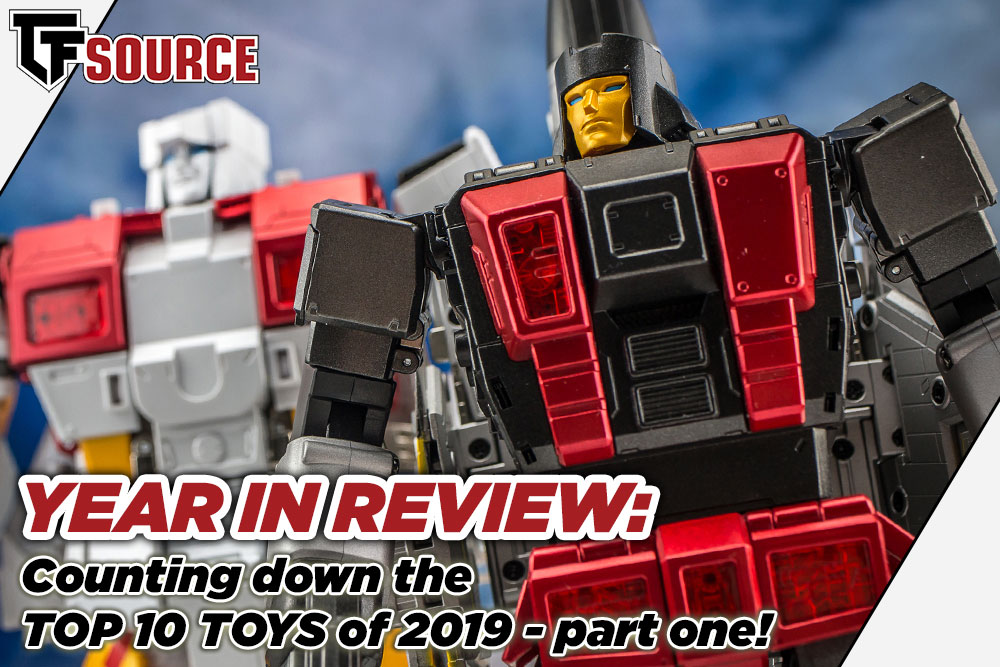 It’s that time of year again. You know, the bit when we all sit back and reflect on the last 12 months of collecting and try to pick out our favourite toys of the year. If you’re at all present in the Transformers online fandom then you’ll be immediately familiar with such lists, although the frequency doesn’t make me enjoy them any less. 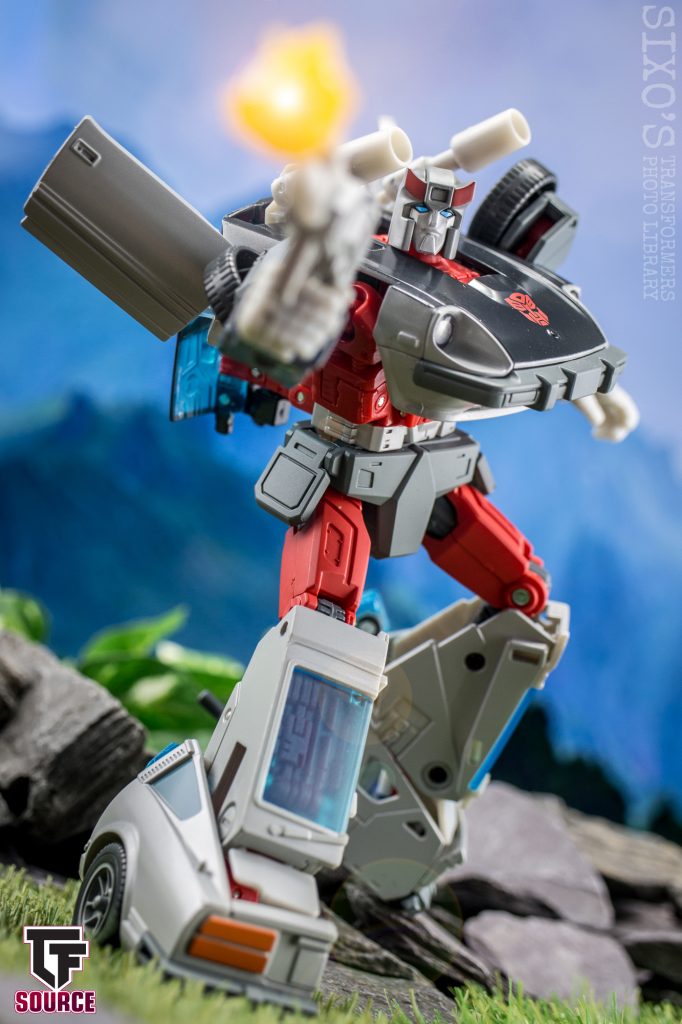 You see, I love looking back, evaluating and assessing what I picked up, and attempting to put it into some kind of meaningful order. In many ways it’s one of the bits of collecting I enjoy the most! The chance to reflect on another year gone by, not to mention re-evaluate the wonderful stuff that was amassed during that time, eh? 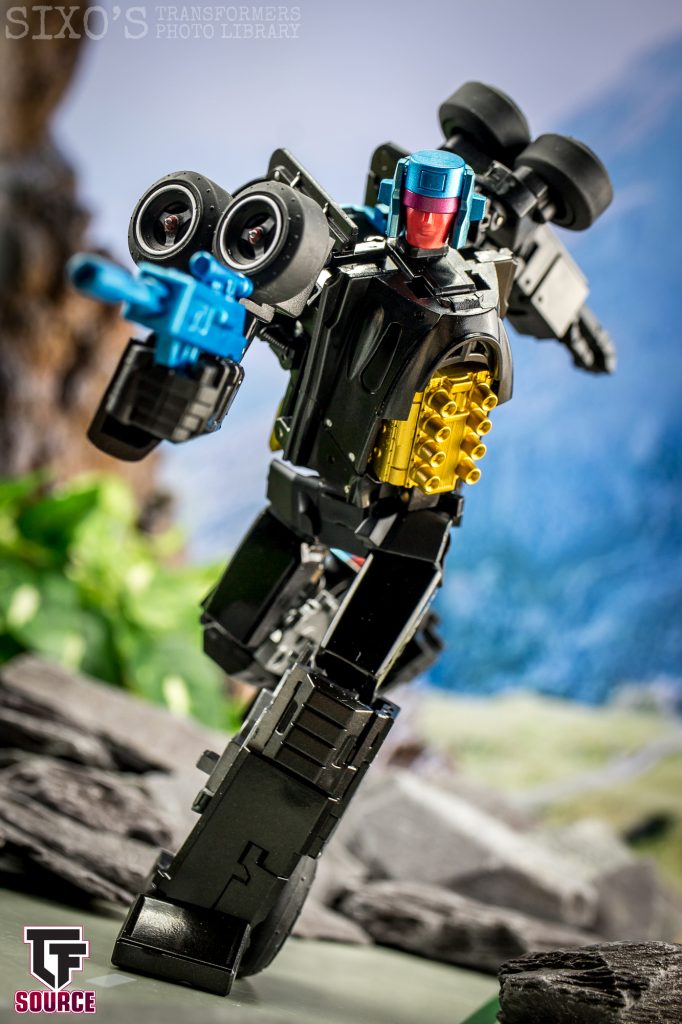 In fact this is my (*checks notes*) fifth year of compiling such a list! I’m as surprised as you are to say that, but here we are. If you want to look back at my previous entires, you can find them all here. 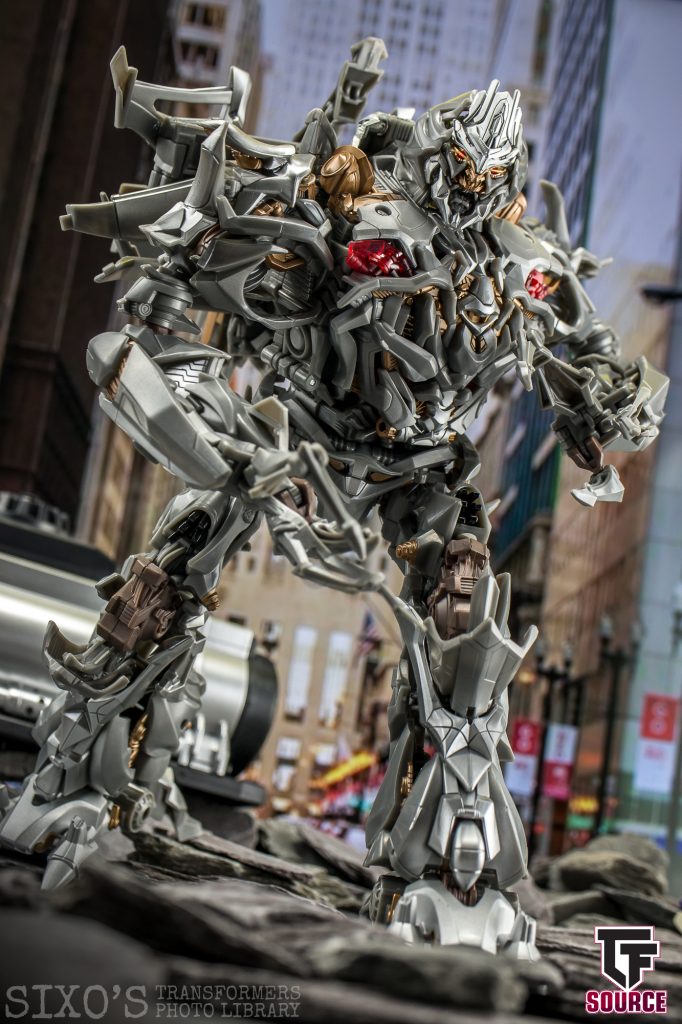 Every year it gets a bit harder to pick out the top toys, to really separate the wheat from the chaff, such is the overall quality of product on offer these days – and 2019 was certainly no exception! The sheer volume of impressive new Transformers toys (both official and non) was overwhelming, and some of the individual figures released really pushed the boundaries of design, engineering and quality, all whilst catering to ever more diverse tastes within the hobby. 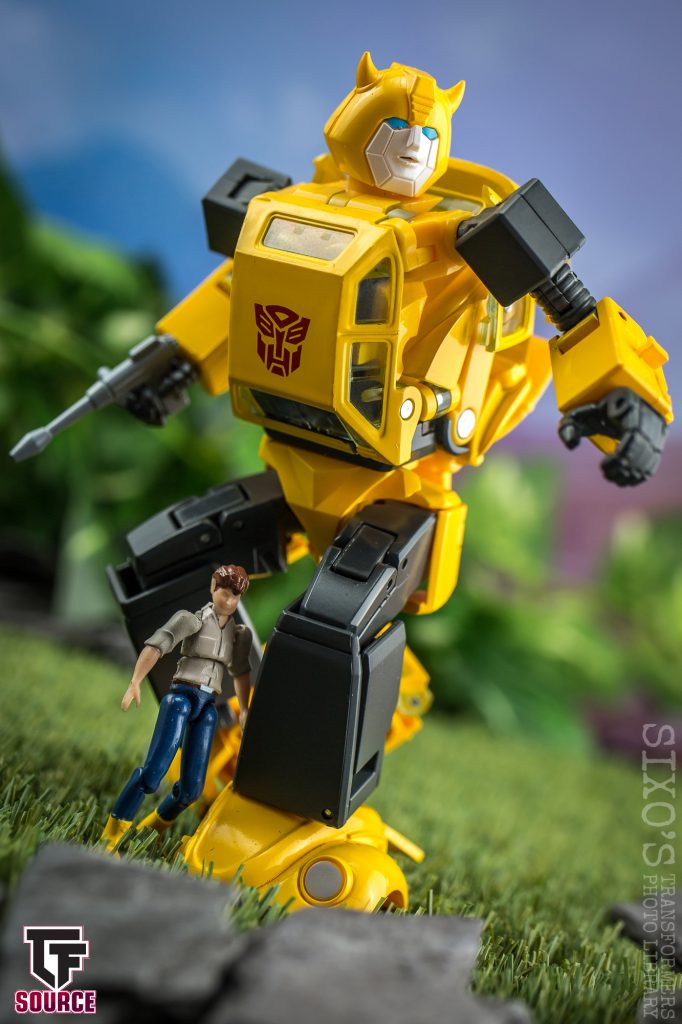 For me, the interest in new products continued to be centered mostly around the Masterpiece line, and third party accompaniments. With that in mind, this list is made up only of toys that I have personally picked up during 2019, so whilst I love what I’ve seen of the more mainline toys, such as Siege and Earthrise, everyone has to draw the line somewhere, don’t they? 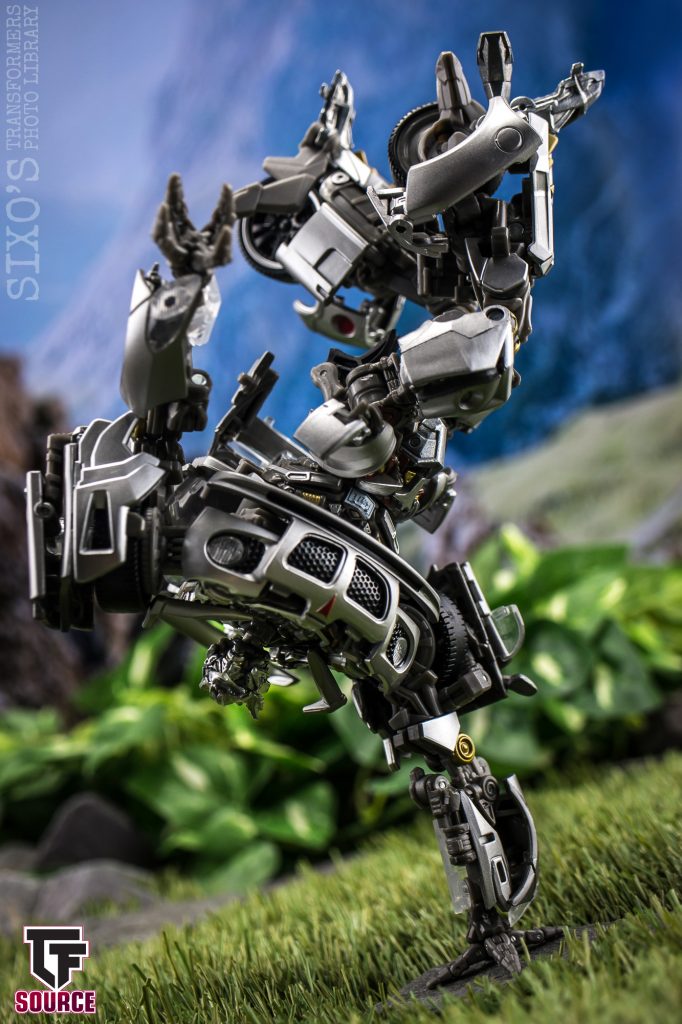 Equally, the choices I’ve made are based on my personal tastes, typically in terms of which toys delighted me the most as opposed to which as objectively “the best”. I don’t expect anyone to agree with my choices – in fact, I absolutely anticipate that most will disagree, and that’s fine! 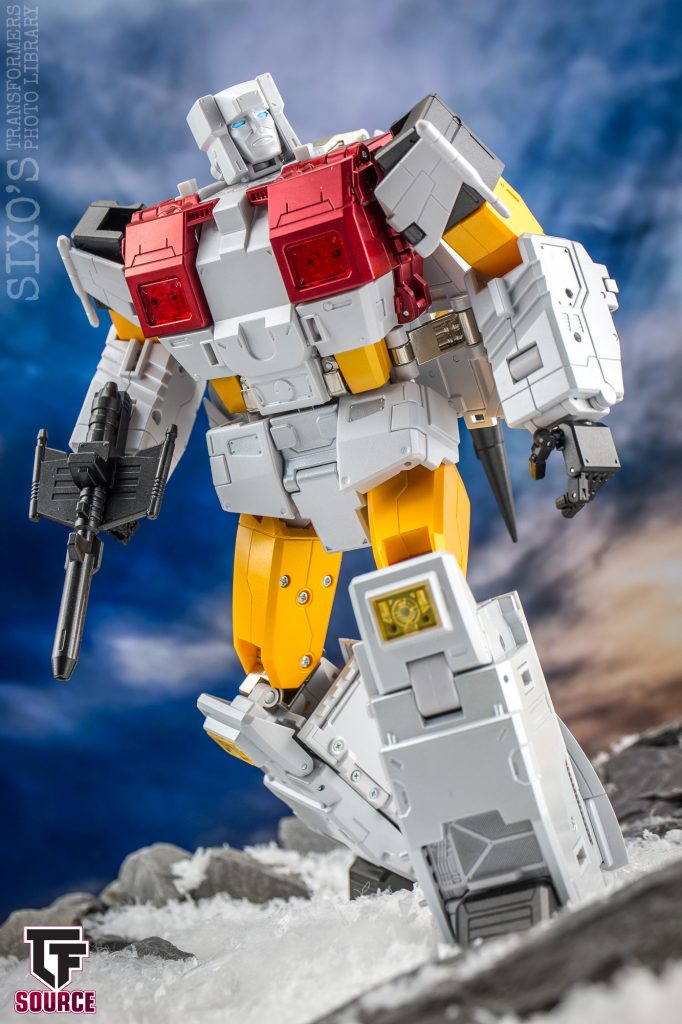 Inevitably, I also had to leave out a lot of releases just because of the sheer volume of great product this year. There are no doubt toys that I would’ve loved to include that were bumped by something else – such is the nature of these lists! Equally I’ve only included new moulds that were released within 2019, and have discounted anything I picked up retrospectively from a previous year. I plan on doing a separate list of my vintage purchases another time, mind. 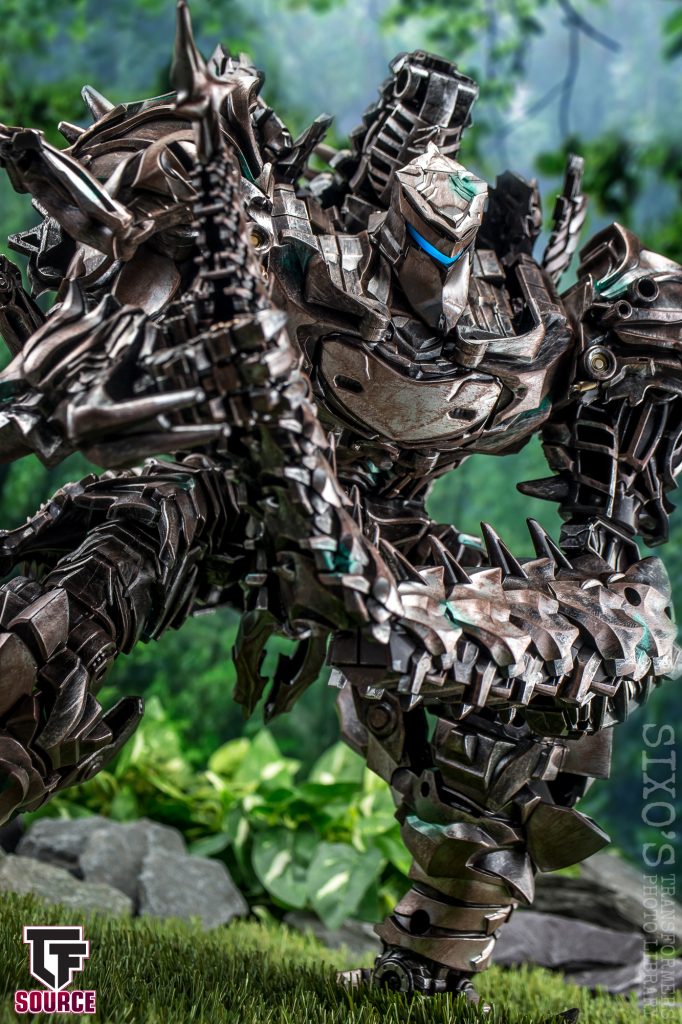 So here’s the plan – I’ll be discussing two categories of toys. First up is a look at the best repaints from 2019 (based on moulds first released in previous years), and then it’s the main event – the top ten figures of 2019, based on all new moulds from the last twelve months. Simple! 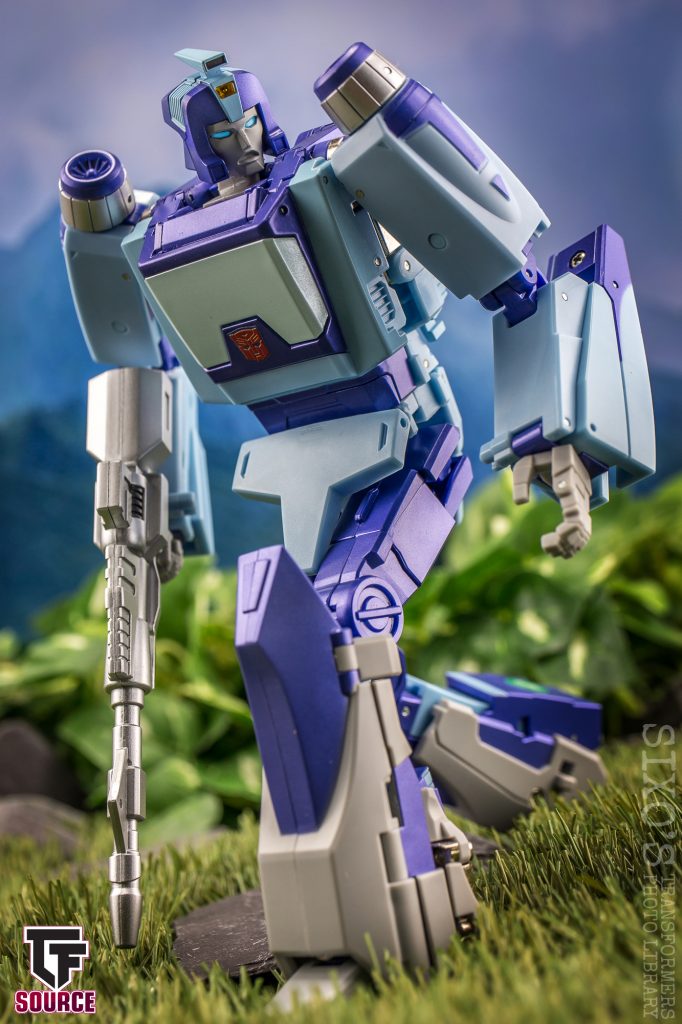 Oh, and this year I’ve taken the decision to split my list into three parts, so be sure to check back on Tuesday next week for part 2! Right then… let’s get on with it! 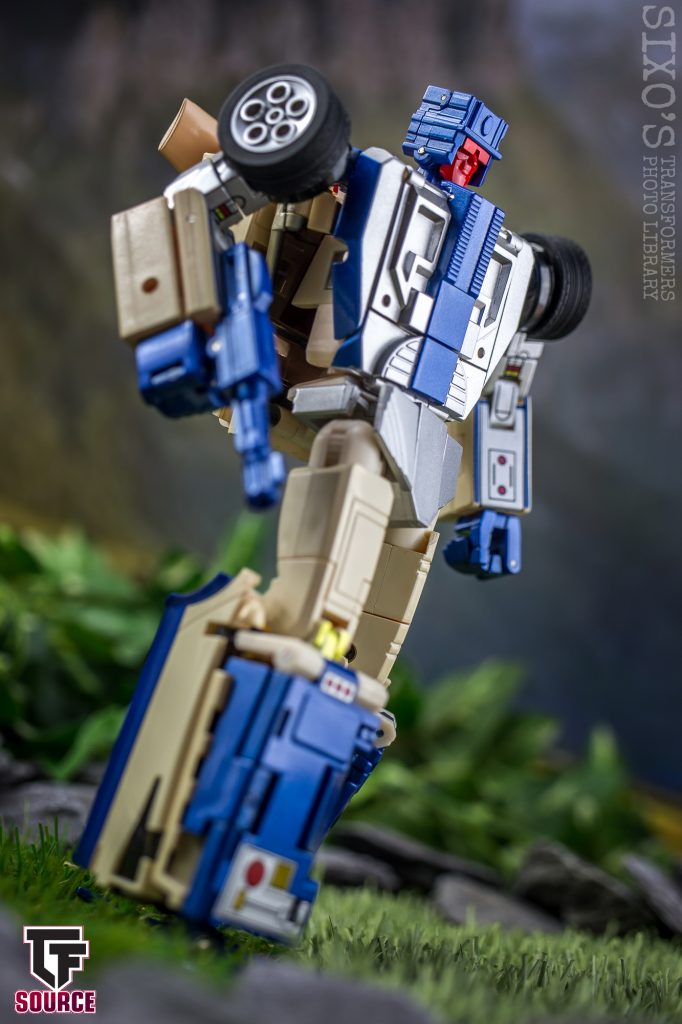 X-Transbots have had quite the year! They’ve knocked out a number of amazing releases over the last twelve months, but for many (including me) it’s been their Stunticons that have ruled the roost. And with good reason! Whilst other companies are having a go at their own versions, there’s something about the XTB designs that just works, including how well they scale with the Masterpiece carbots as far as my tastes go. 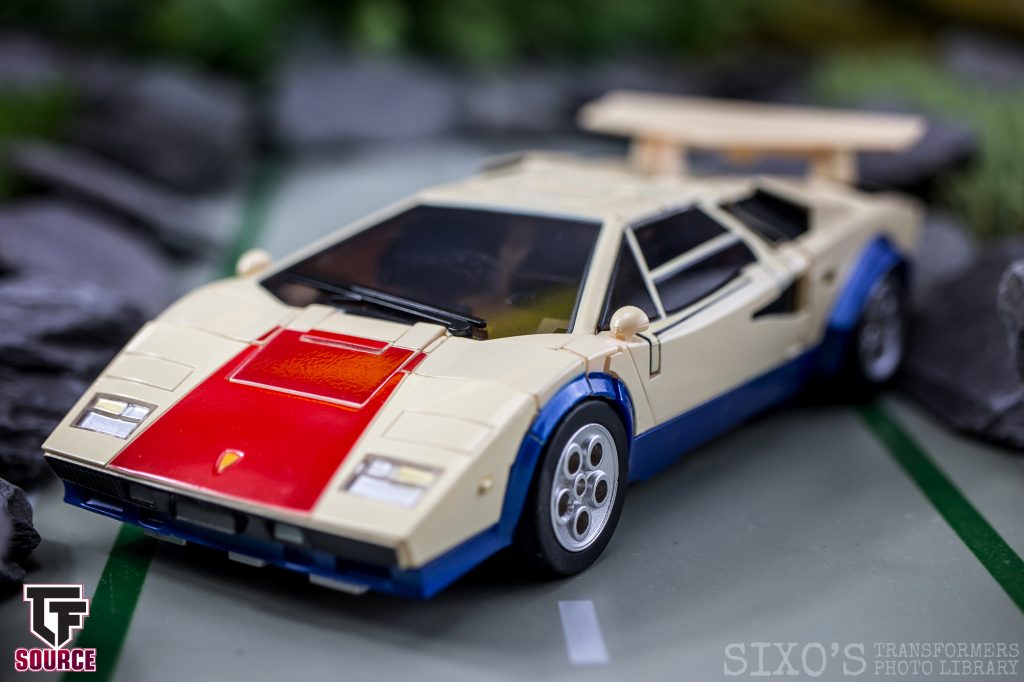 Both the original Crackup and the G2 version were pretty spectacular (and in fact made it onto last year’s list!), but this reworked toy homage is just next level. Better paint, stunning tampos and a surprising amount of newly-moulded parts make this a total win, and XTB are not wasting any time in knocking out the rest of the team. I can’t wait to finish off the line-up and see the fully-assembled toy-style Monolith! 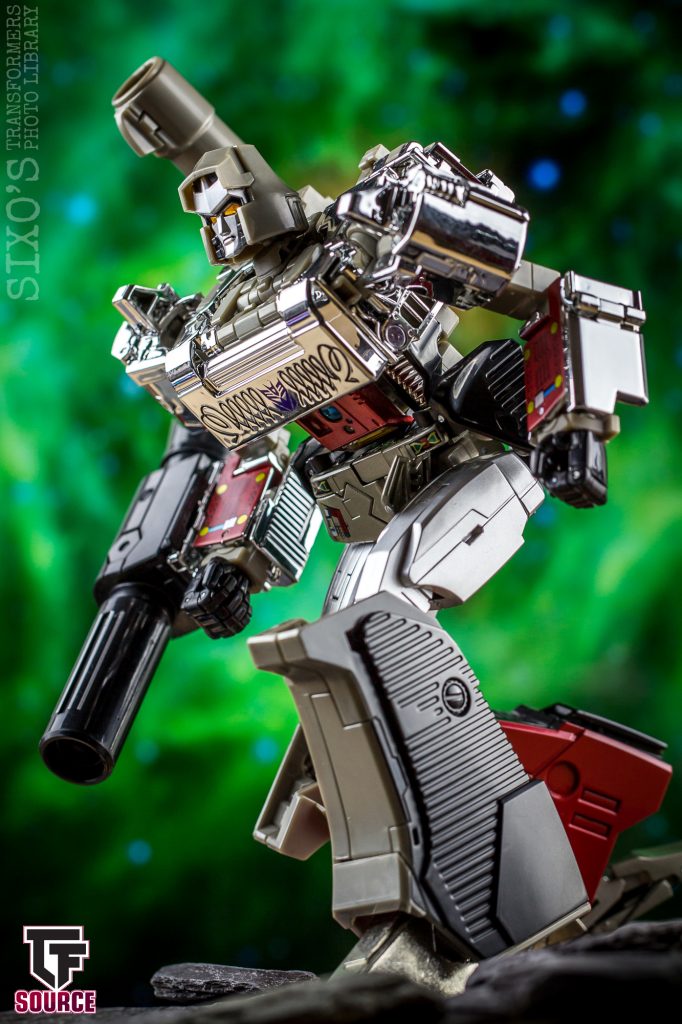 Could there be any other? The original MP-36 topped 2017’s list of new moulds for me, so perhaps it’s little surprise to think I might enjoy this repaint too, especially when it looks like it does! I mean, c’mon – that shiny chrome is to die for, and the newly-moulded head and tampos are just something else. It’s not hard to feel a kick of nostalgia just looking at him. 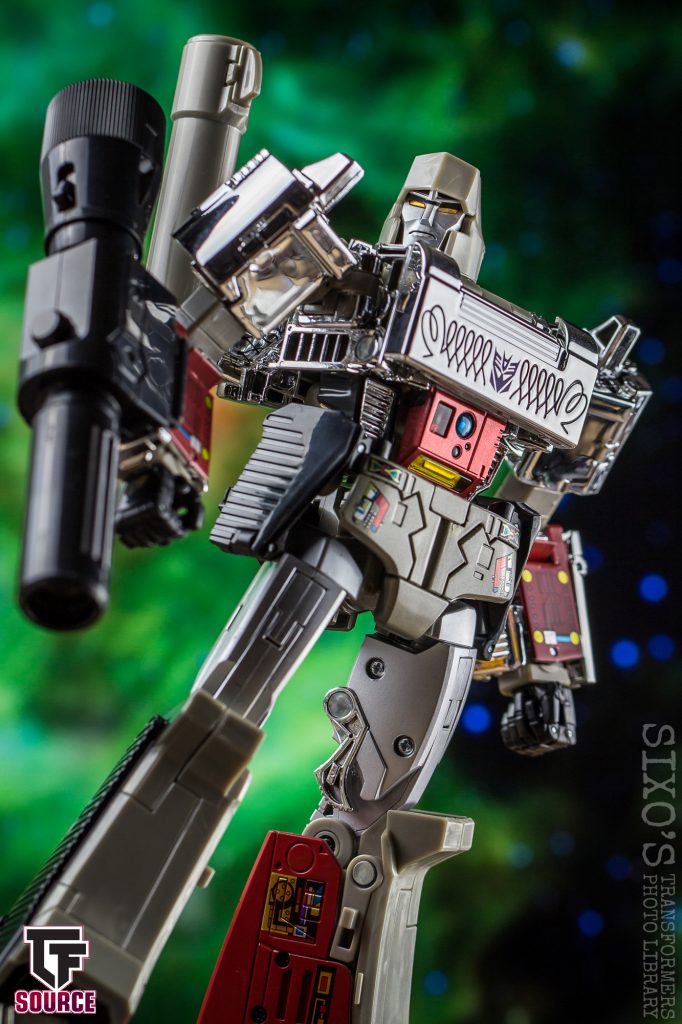 I will say though that I love the inclusion of the more cartoony head too, and in truth I’m still torn as to which I prefer, but either way this guy is simply stunning. I’ve read reports of people who are nervous to transform him for the sake of all that chrome, but I’m happy to report mine has been put through his paces numerous times over and he still looks spiffing! Here’s to hoping we get a similarly-styled MP-44+ at some point too. 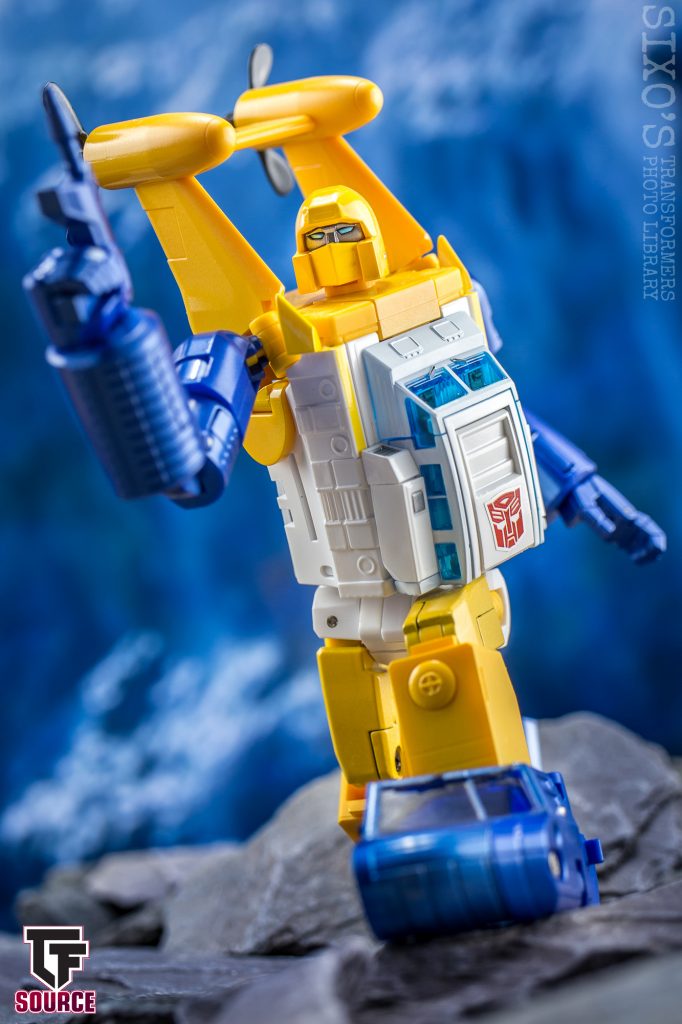 Coming in at number 10 on our main list is this lovely little lad! Third party Seasprays, I’ve had them all, but none compare in my opinion. XTB have utterly nailed the look and feel of the character in both modes, and managed to make him fun and enjoyable at the same time. 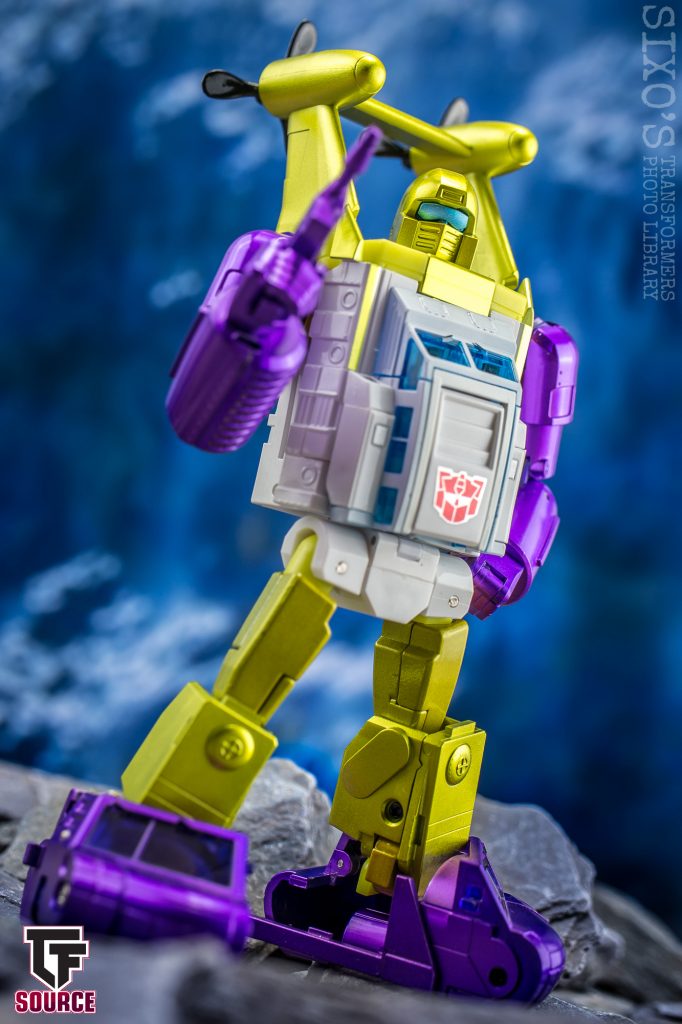 They even took the unusual step of releasing both the original and the G2 repaint around the same time, so I think I received both toys within about a week of one another! It didn’t stop me enjoying them any less though, and especially not that fine shiny finish on the purple chap above. 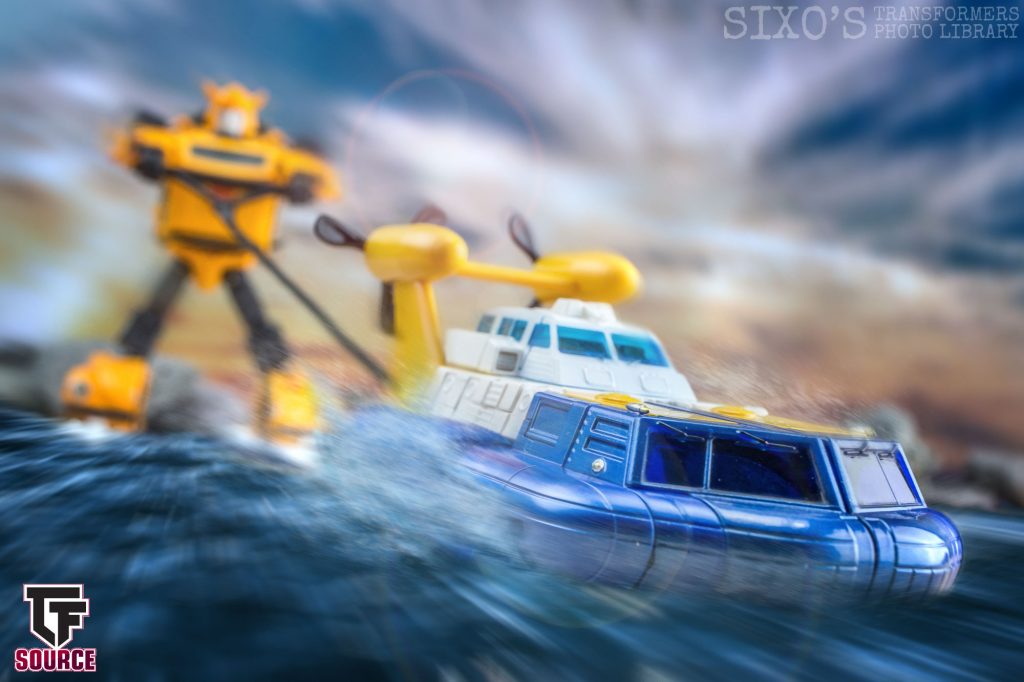 Neptune also boats a range of fun accessories, all designed to homage the cartoon in one form or another. Plus his transformation scheme is pretty easy and definitely repeatable, all of which means there’s really nothing to hinder your enjoyment of this toy. 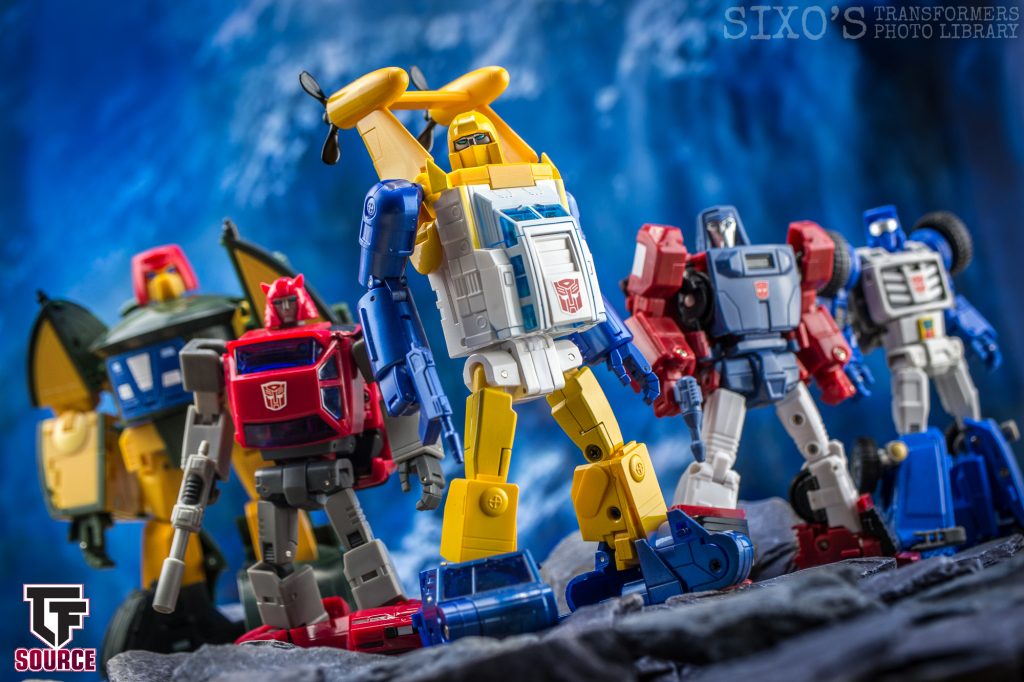 It really feels like X-Transbots have finally earned themselves a strong reputation for putting out quality releases, and I can’t wait to see what they come out with in 2020 and beyond. 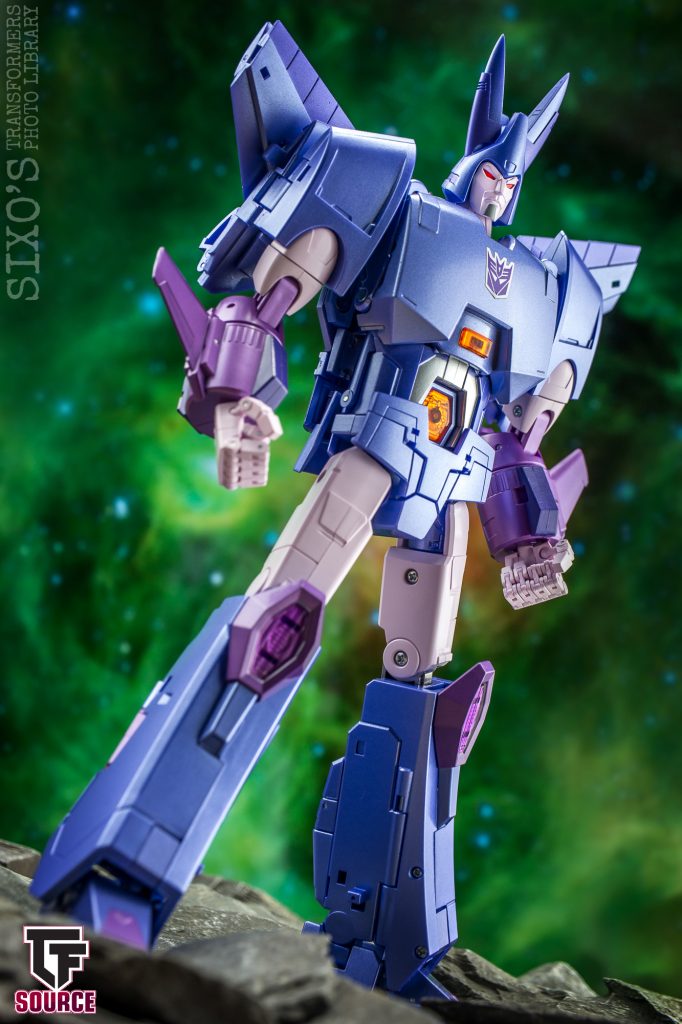 Yes, technically this isn’t a new mould, it’s a repaint of the original version of Quietus which was released back in 2018… but I never picked that version up so I’m totally counting the new one for this year! My list, my rules. And hey, when a toy looks this good, you’re surely not going to argue with me too much, are you? 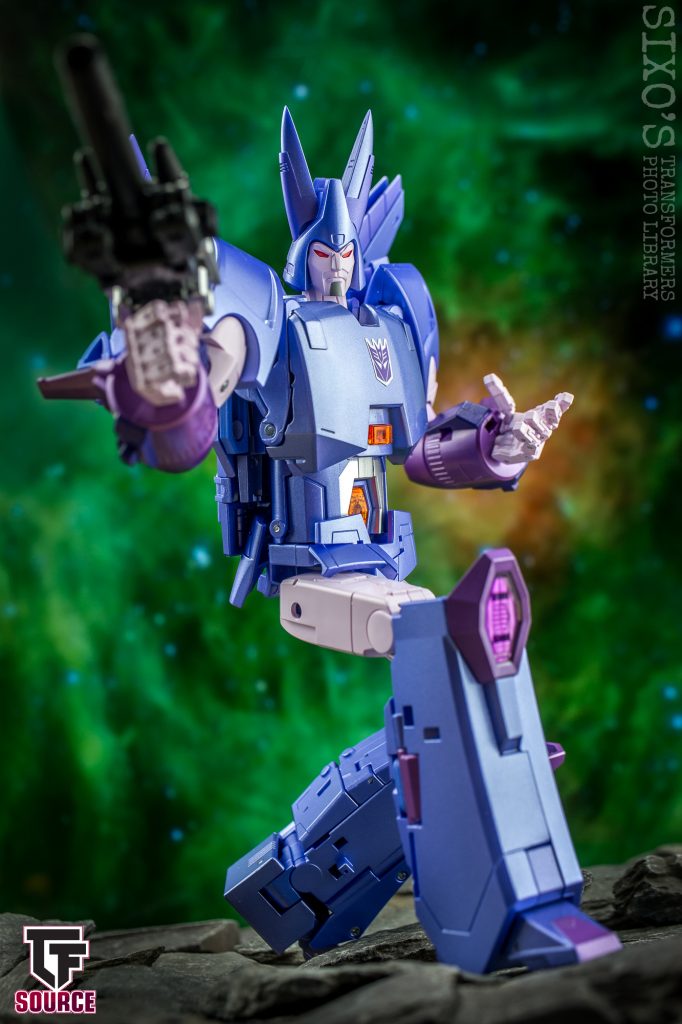 Yes, this T repaint (I think the T stands for “toon”, but I could be wrong!) is really spectacular, sporting a sparkly finish and pink highlights that were absent on the original. I’ve got to be honest and say I’m glad I waited, a decision that was vindicated for me as soon as I opened the box and saw just how wonderful this new version is in hand. 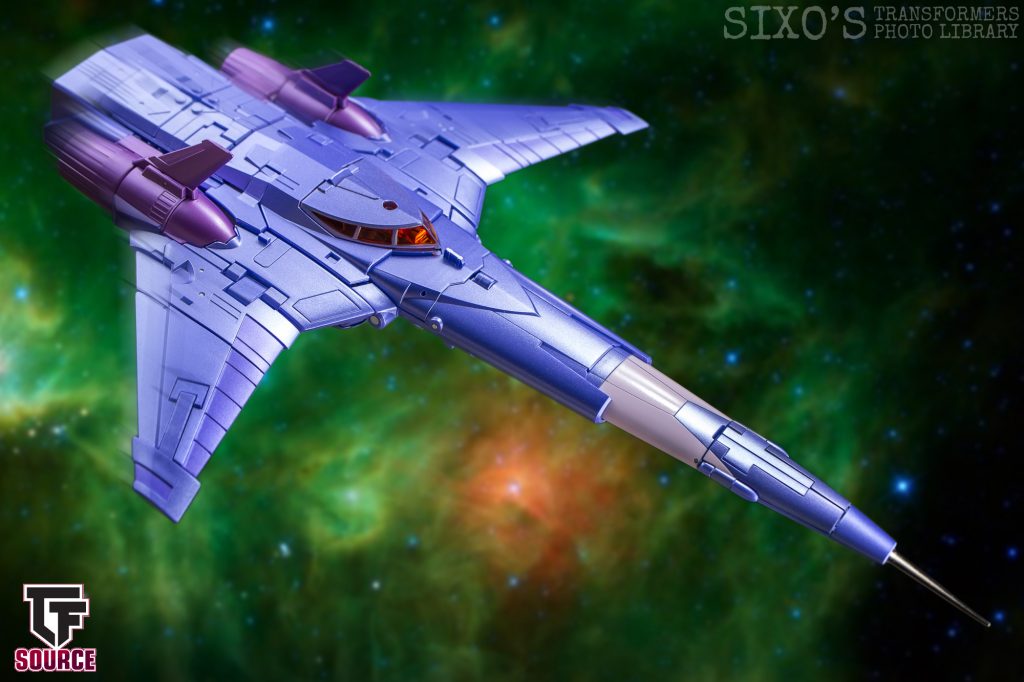 He’s not without his flaws, alas. Try as I might I still cannot get that cockpit section to sit flush in jet mode, and my copy has a somewhat loose right bicep. Still, that doesn’t stop it looking really swish overall. 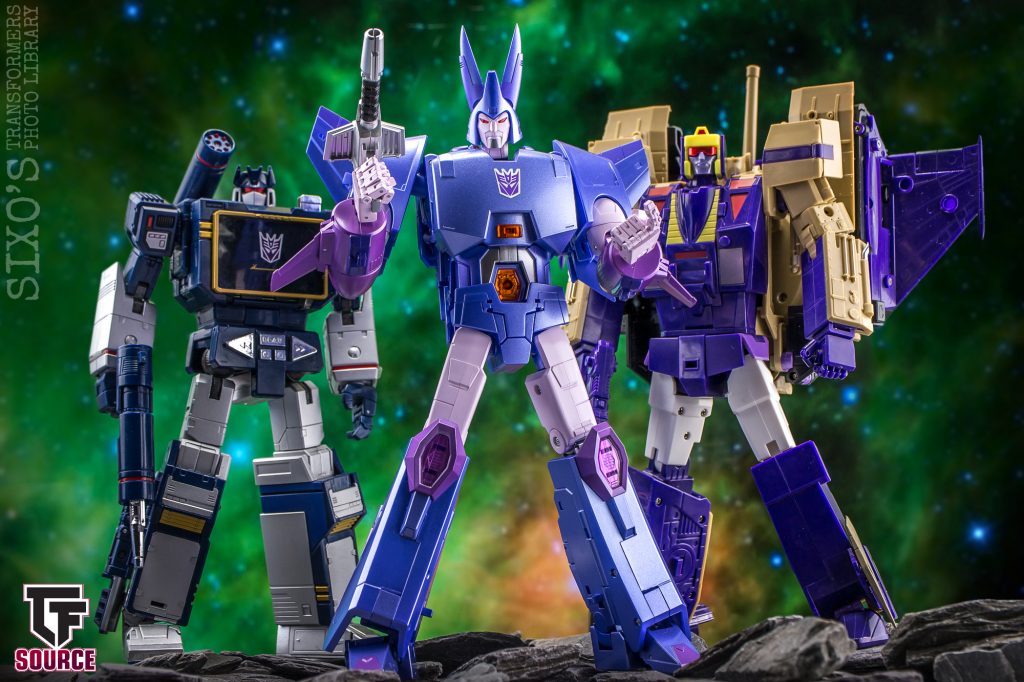 Mostly I’m just really enamoured with the look and feel of that robot mode. He really is a beauty to behold! Now we just need a FansToys Scourge to go with him. 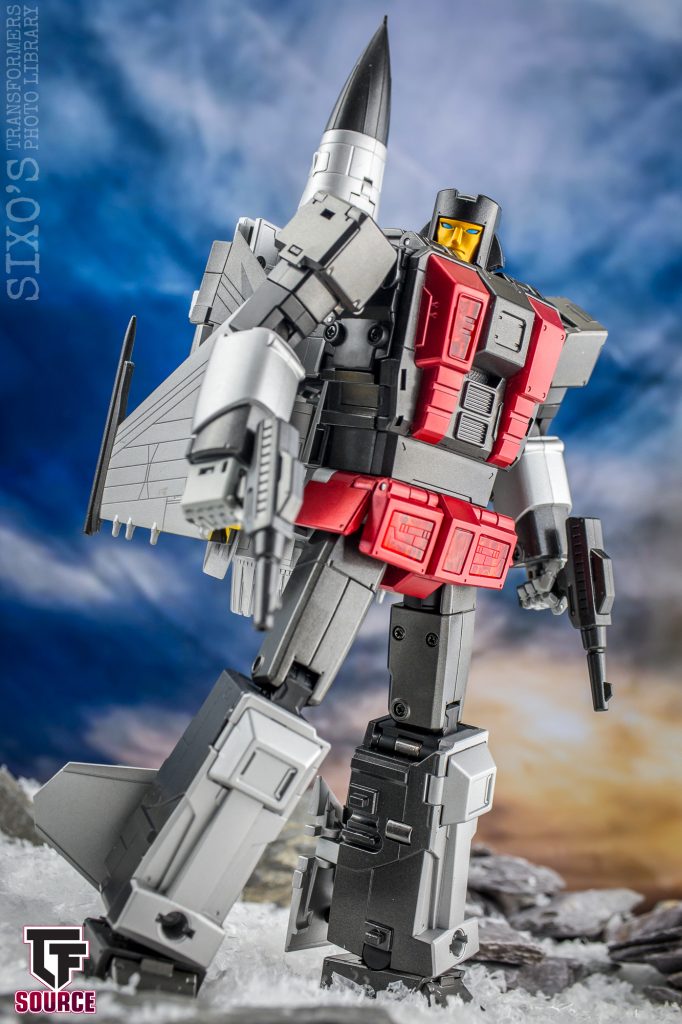 Another FansToys entry, and this one has really knocked my socks off. I was a little late to the party with the FT Aerialbots, but was immediately struck by just how lovely Goose is as soon as I took him out of the box. Solid, fun, poseable and featuring a really attractive finish, he truly feels like a proper release in his own right, as opposed to just another combiner limb. 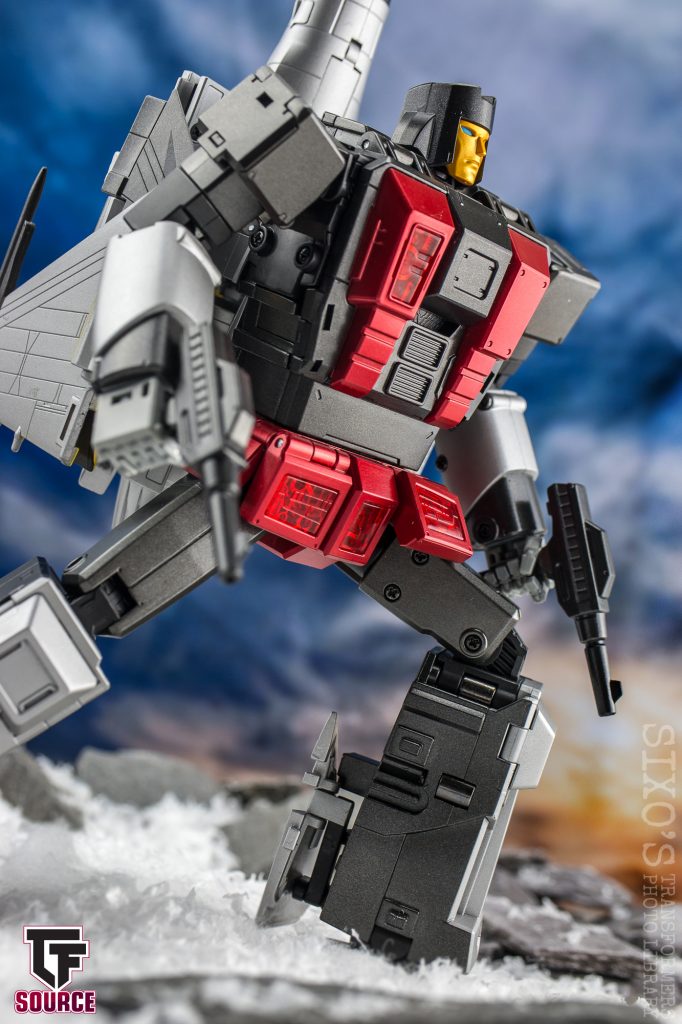 He’s also a surprisingly big chap, standing a lot taller than I would have expected versus other toys in Masterpiece-style, and heavy too! It’ll be interesting to see how FansToys achieve the fully combined Superion form with the amount of heft going on so far. 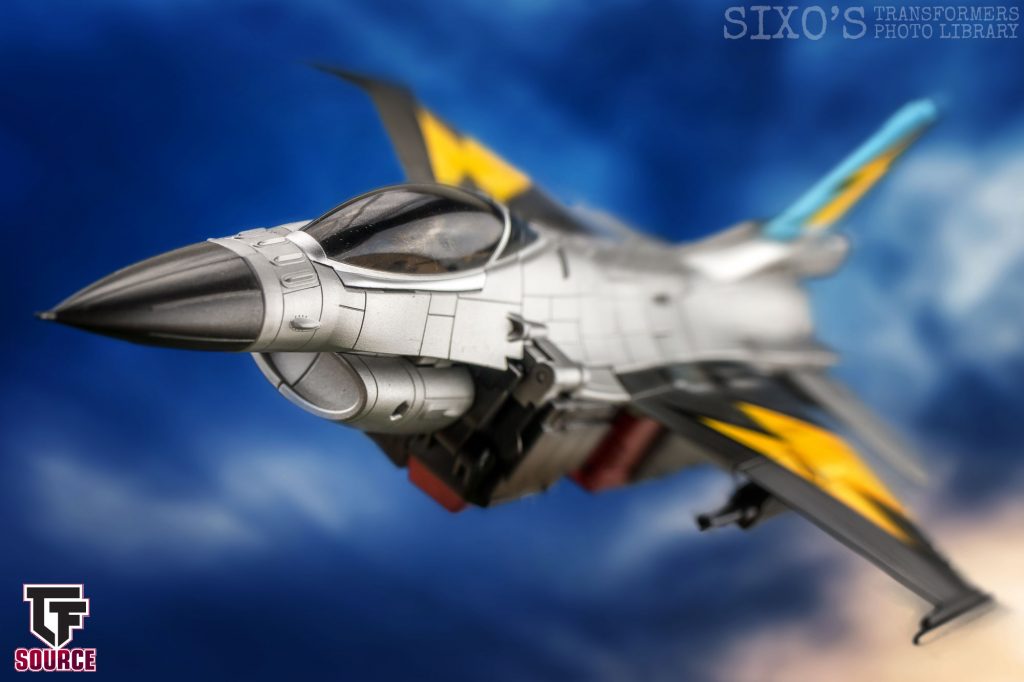 Maverick was also a notable entry in last year’s releases, but for my money it’s Goose who really cooked it. Bizarre waist swivel problems aside, he feels practically perfect in terms of an MP-style Aerialbot. 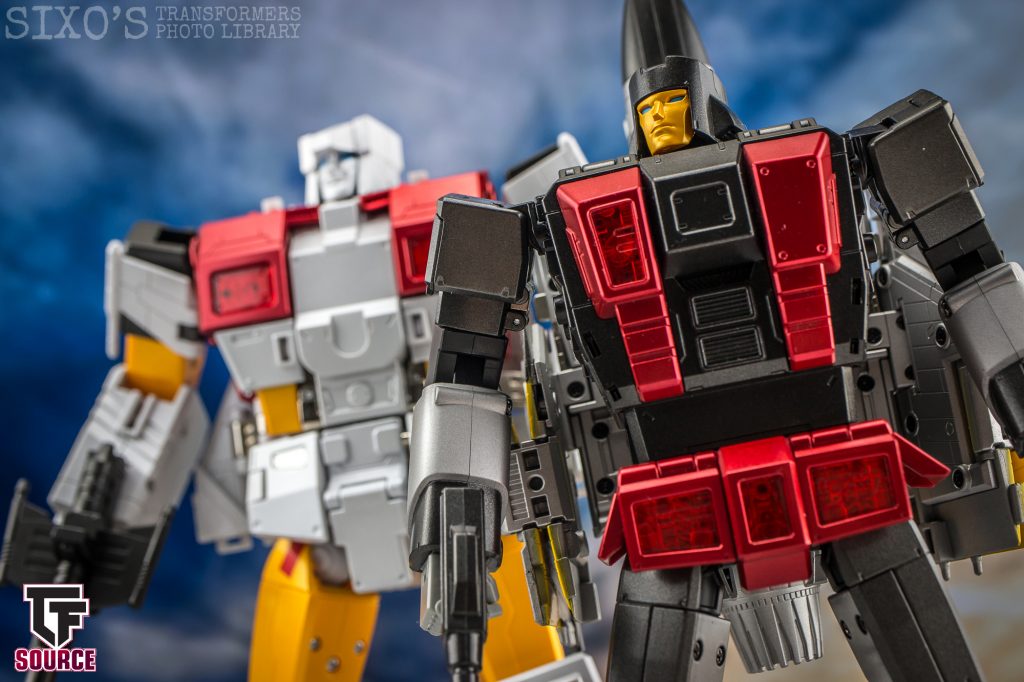 One thing’s for sure, I simply cannot wait to see Iceman released in 2020, not to mention the remaining two team members all leading up to that exciting combined form. Bring it on!