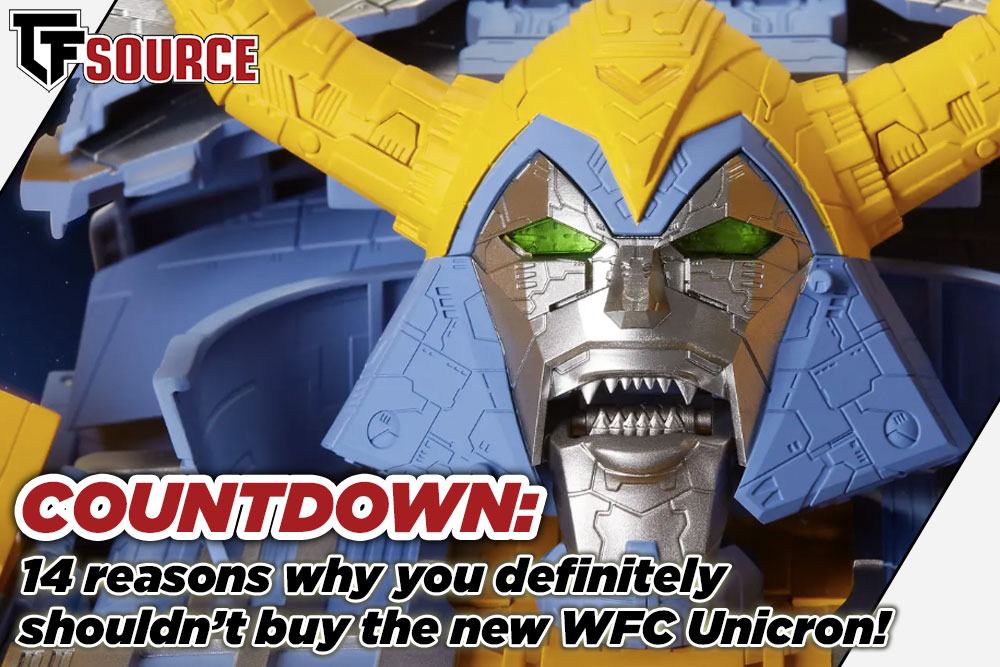 Unless you’ve been living on a far-flung moonbase for the last week, you’ll no doubt have seen the news that Hasbro have unveiled plans for a big new project – War for Cybertron Unicron. There aren’t many moments in the Transformers fandom that can legitimately claim to “break the internet”, but this may be one of them! 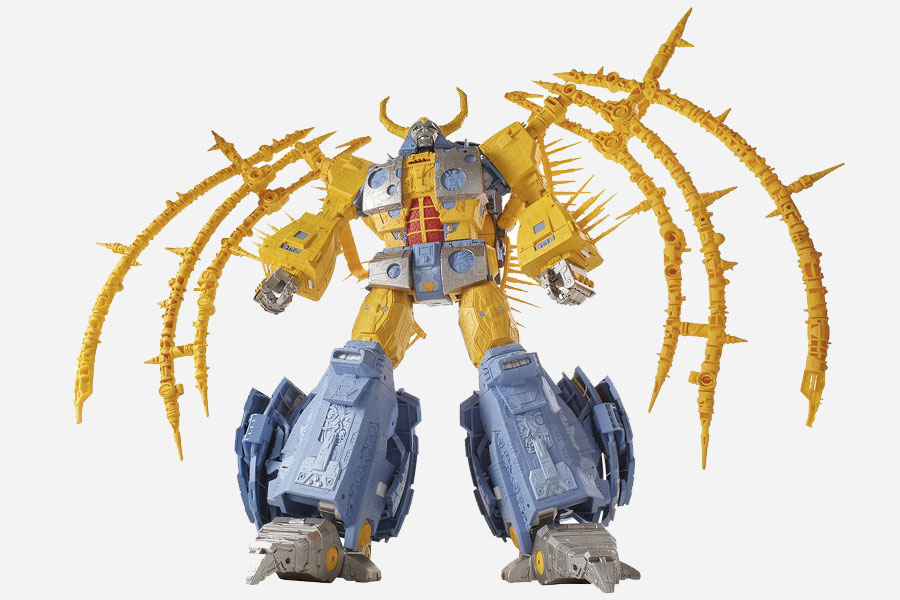 Fans have been up in arms at the news, especially as the crowd-funded project is set to become the largest Transformer ever (assuming it makes it to final production). It also looks to be a stunning rendition of the chaos bringer, with a highly screen-accurate robot mode and the best planet mode on any Unicron toy thus far. 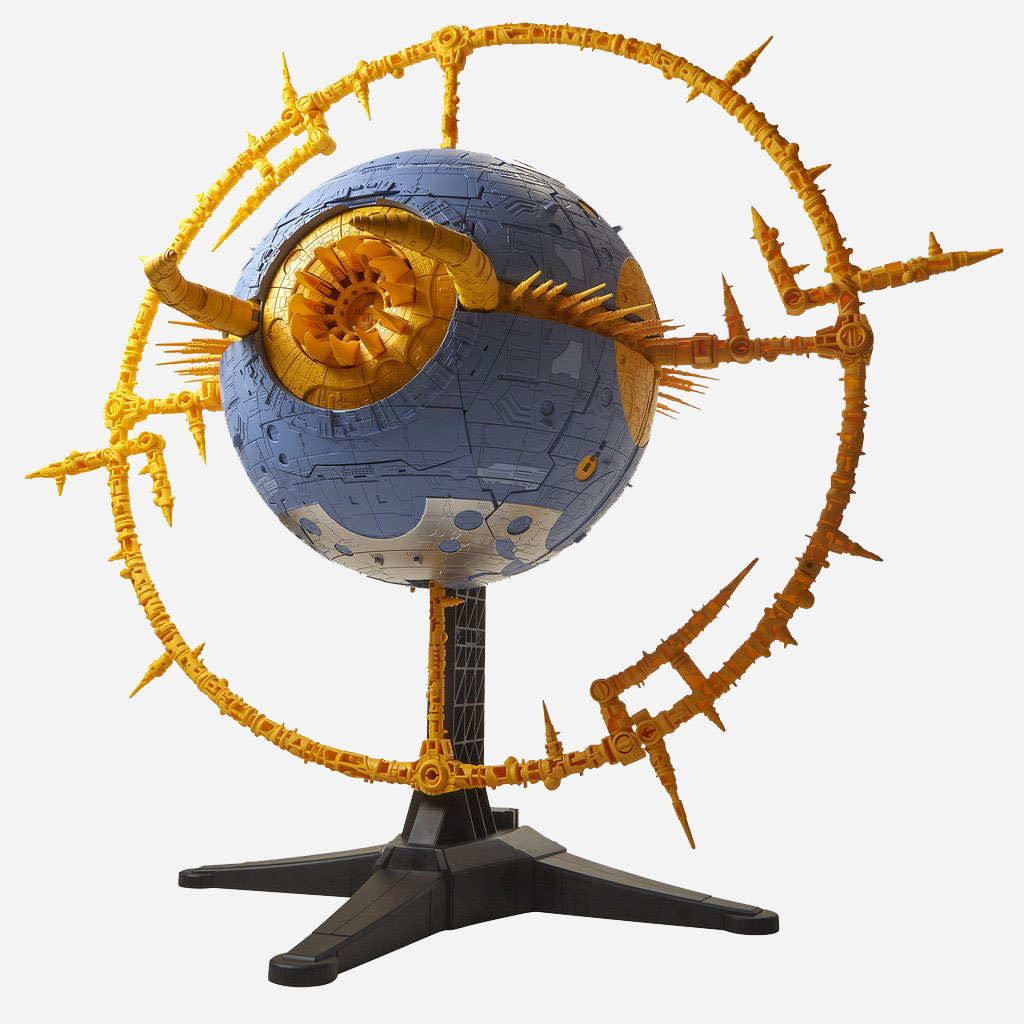 Hasbro have unveiled this project as part of HASLAB, their platform for “dream products”, and are aiming to secure at least 8,000 pre-orders by the end of August before committing to actually making the thing. Thus far they’ve only confirmed availability for the USA & Canada, but have said they’ll look at options for international customers later. TakaraTomy have since thrown their hat in the ring to confirm that they’ll be releasing the toy in some form too.

BUT should you really be considering buying such a thing? We’ve given it a lot of thought and here are 14 absolutely concrete reasons why you definitely shouldn’t. Not at all. In fact, don’t even think about it! 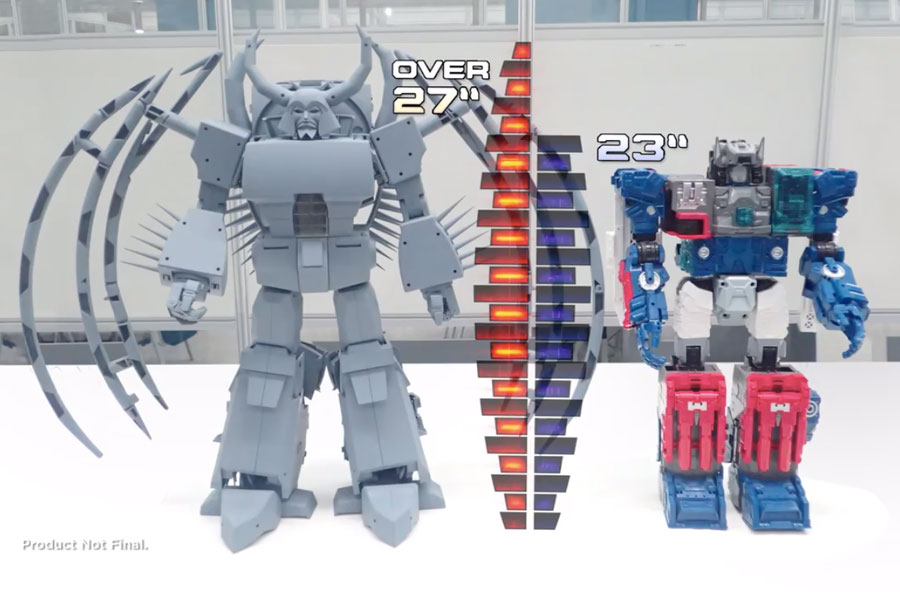 OK, let’s start with the obvious – this thing is BIG. Like, REALLY BIG. Back during the Beast Machines toyline, Hasbro boasted of making the notorious Supreme Cheetor the size of a house cat, but at over 2 feet tall they’ve now gone further by proposing a toy that is equivalent to a nine-month-old child. I mean sure, it’d be the largest Transformer ever and that’s cool and all, but then why didn’t they make it EVEN BIGGER? It won’t scale with your Masterpiece collection after all. Wake me up when you’ve got an accurately-sized Unicron that’s bigger than a house, Hasbro.

#13: And the planet mode is even bigger

Oh, and just in case you didn’t think the robot mode was impressive enough, the poseable rings on Unicron’s planet mode sit at a diameter of 30 inches. Now you might be thinking “hey, that’s completely awesome”, and in many ways you’d be absolutely right. But have you considered where you’d put such a thing? After all, didn’t we all get into toy collecting to worry about such sensible concerns? Yes it’s a “dream purchase”, but won’t anyone think of the practicalities?! 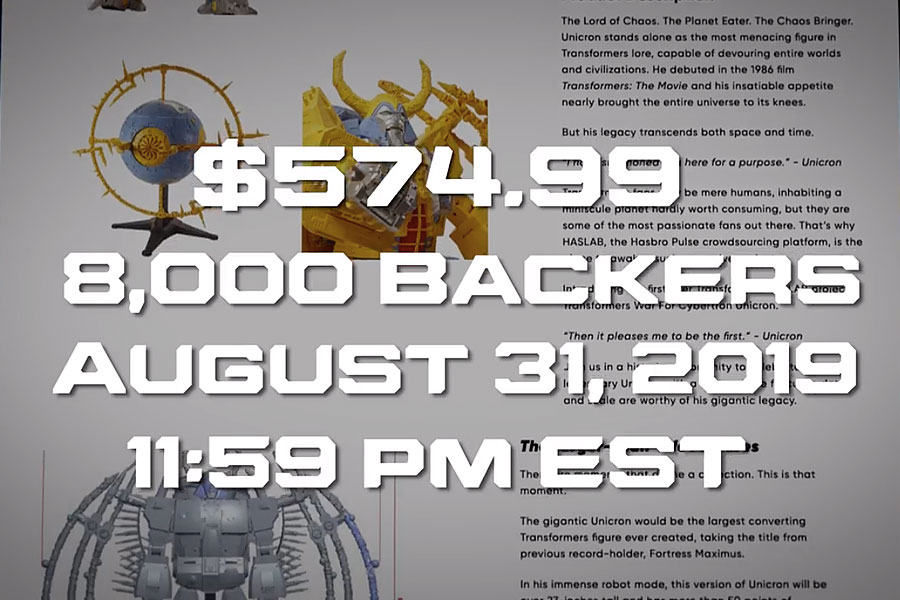 With a price tag of almost $575, you’re no doubt thinking this thing is ludicrously expensive and you’d be correct. After all, it costs the same amount as Maserpiece MP-44 Convoy AND MP-45 Bumblebee. Imagine that. You could get TWO whole Masterpiece toys instead of this one utterly-awesome Unicron that everyone’s been wanting for over three decades. Oh, and let’s not forget third party, eh? After all, you could buy THREE FansToys Roadkings plus shipping for just under the price of Unicron, and stacked one on top of the other they would be 30″ tall. That’s an extra 3 inches! Lunacy.

#11. It shows visible evidence of being a transforming Transformers toy 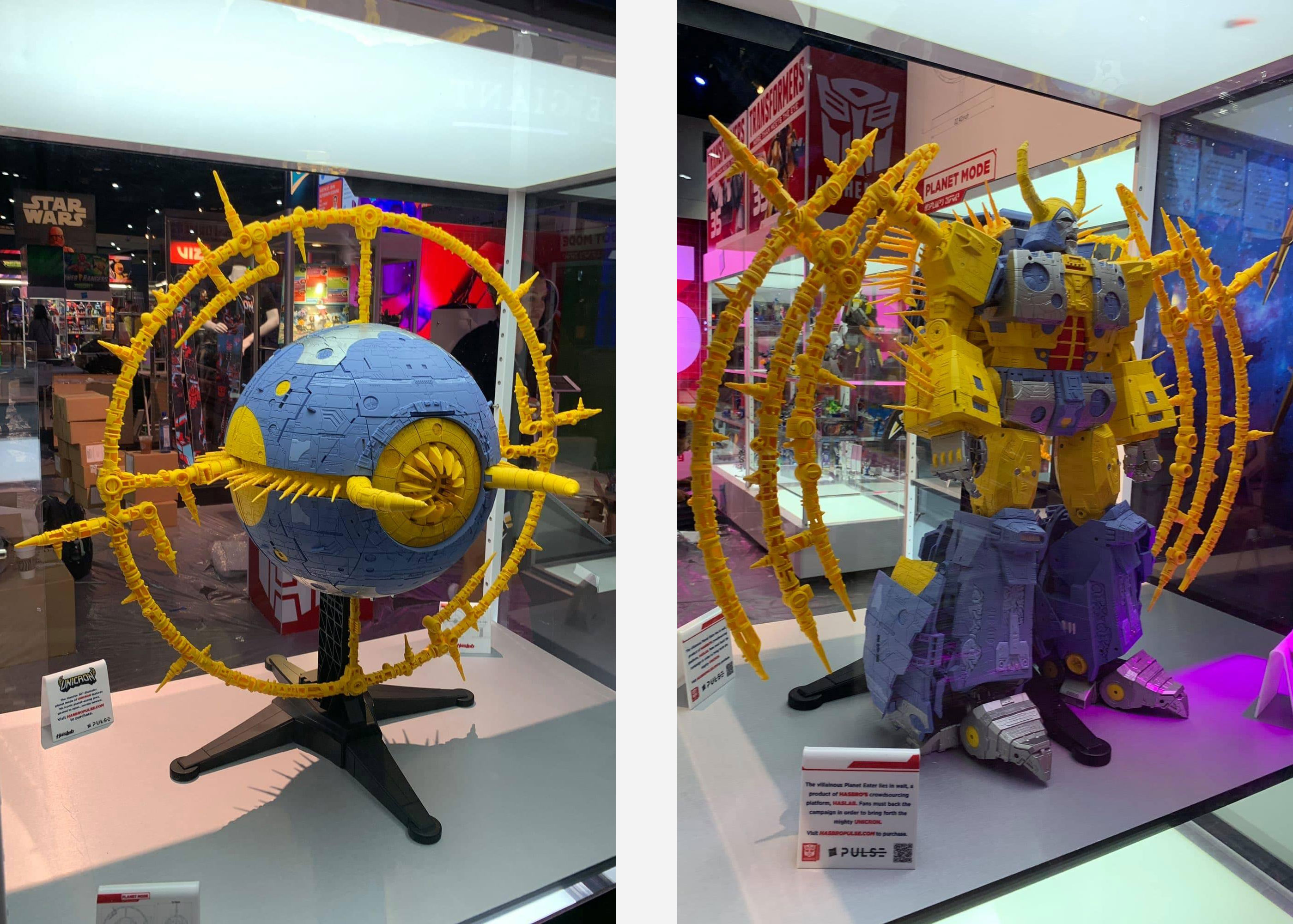 When photos of the prototype at Comic-Con hit the internet this week, a small but vocal number of fans were quick to point out that this otherwise impressive toy featured some evidence of being able to transform between modes. You can see there’s a bit of a backpack and some panel folding on the sides of his legs. Now, whilst it’s no doubt very exciting that a toy of this size can transform into such a breathtaking planet mode, can we really accept even a trace of it being able to do so? Why not just skip this purchase and get that non-transforming Unicron statue instead, as it’s completely kibble-free. I mean sure, it’s not as big and costs $225 more than this new hyper-articulated transforming toy does, but still.

#10.  As a non-Masterpiece toy it doesn’t come with MP-level accessories 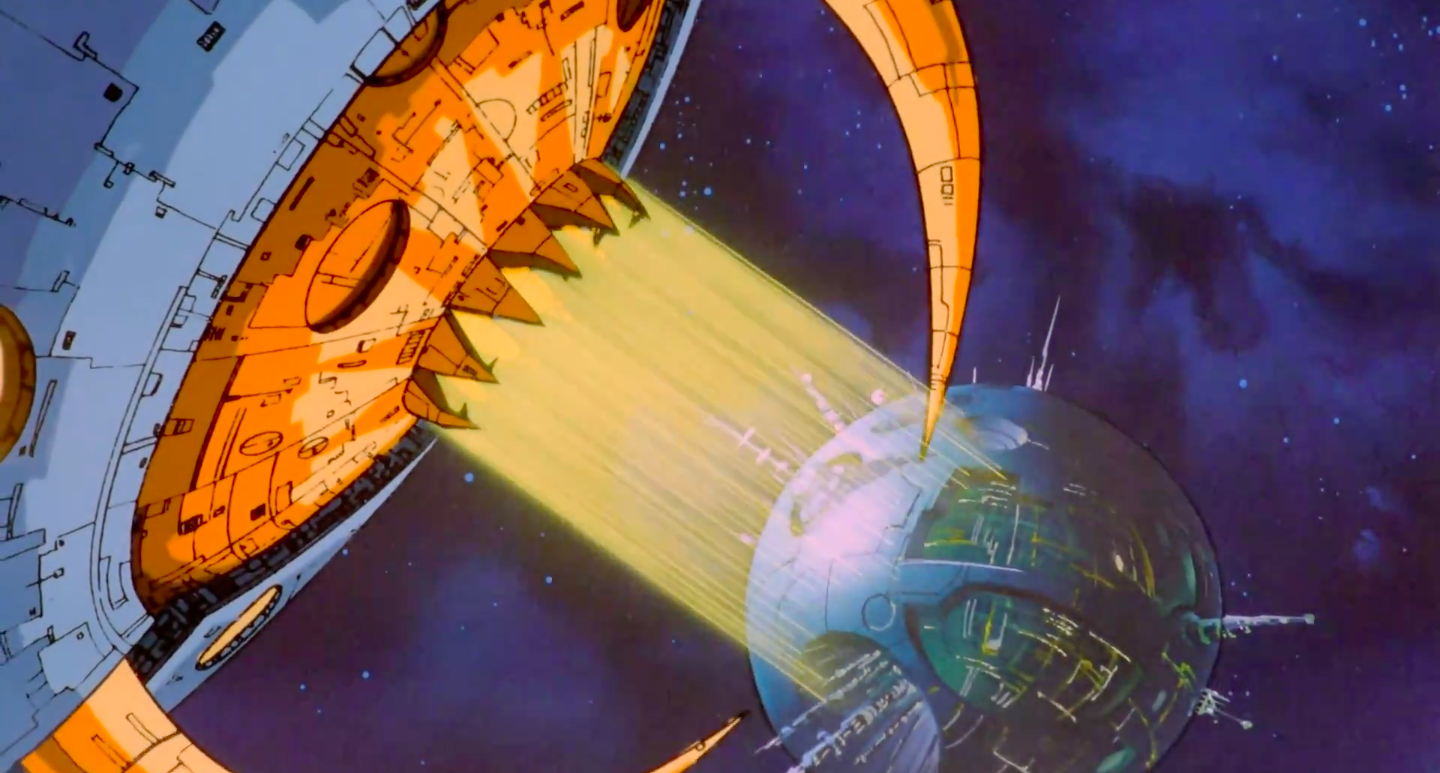 Another thing some fans have pointed out is that this new toy doesn’t come with as many accessories as your average Masterpiece toy, which, despite it not being marketing as a Masterpiece release at all, is a big concern. After all, if you collect MP toys then you’re no doubt accustomed to all manner of extra bits & bobs in your boxes. Where are the two moons for him to munch? Where is the mini Galvatron army and spaceship for him to command? Yes, these accessories would be excessively costly and would mean a much higher price tag, but c’mon. It’s not like anyone ever says they want less accessories on something like MP-44 Convoy for a smaller price, is it?

#9. You’d be encouraging Hasbro to make more projects like this 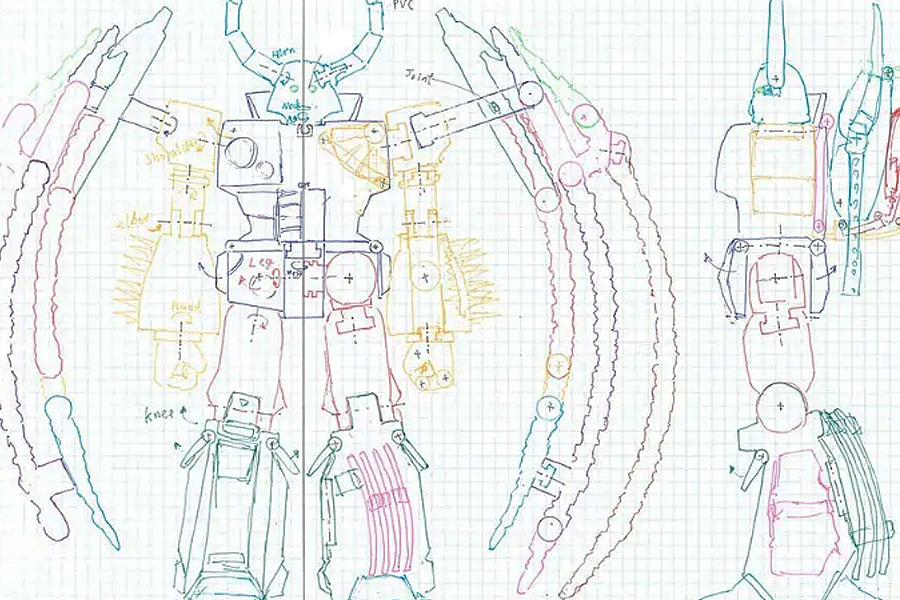 If this crowdfunding approach works it’ll only be telling Hasbro there’s an appetite for this kind of thing, and then where will it end? Before you know it we’ll be inundated with amazing toys that we’ve all been dreaming of for years but never thought would happen. But all is not lost! It’s been established that a big project like Titan Metroplex cost $300,000 just to make the mould alone (and that’s before production, plastic, paint, packaging, marketing…). So if we consider Unicron is not only considerably bigger and more intricate but also well over 1.5 times heavier (at a whopping 8.6kg!) then we can safely assume that the staggering production cost will mean this isn’t the most profitable project in the world for them. Thus it won’t take a lot to discourage them from giving us the toys of our dreams if we all hold strong and not buy the thing!

Life is busy. We all have jobs, family commitments, friends… do you really have the spare time to spend on a fun activity like transforming something this massive? It doesn’t sound very productive now, does it? I mean, perhaps you could invite some friends over to help you and maybe they might marvel at what an undeniably awesome item you own, but do you even know that many people? Best to skip it altogether and spend your days doing something more useful like gardening or your tax return or whatever.

I’ll admit that this wasn’t something I’d even thought of until I posted the gif above on social media and was inundated with responses from people letting me know what they had in mind for the new Unicron toy. Turns out that planet-mode-mouth-opening-action has some people feeling a little funny. Now, I’m not one to judge – freedom to do whatever you want with your toys is the right of all sentient beings, after all. However after seeing those teeth in action it seems a little unsafe to me, so for the sake of the fanbase I’d suggest that if you’re planning on having some, ahem, special time with this toy then perhaps it’s best to forego the whole thing and take a cold shower instead. Besides, there must be cheaper things you could buy for the same purpose. 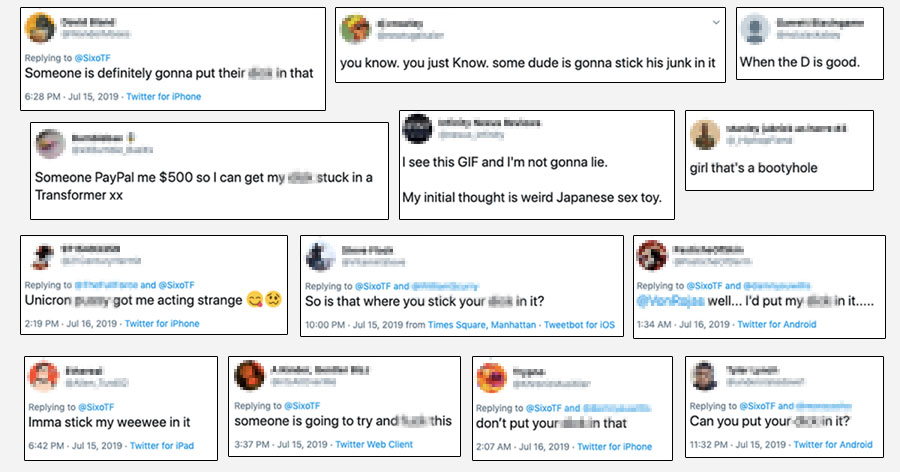 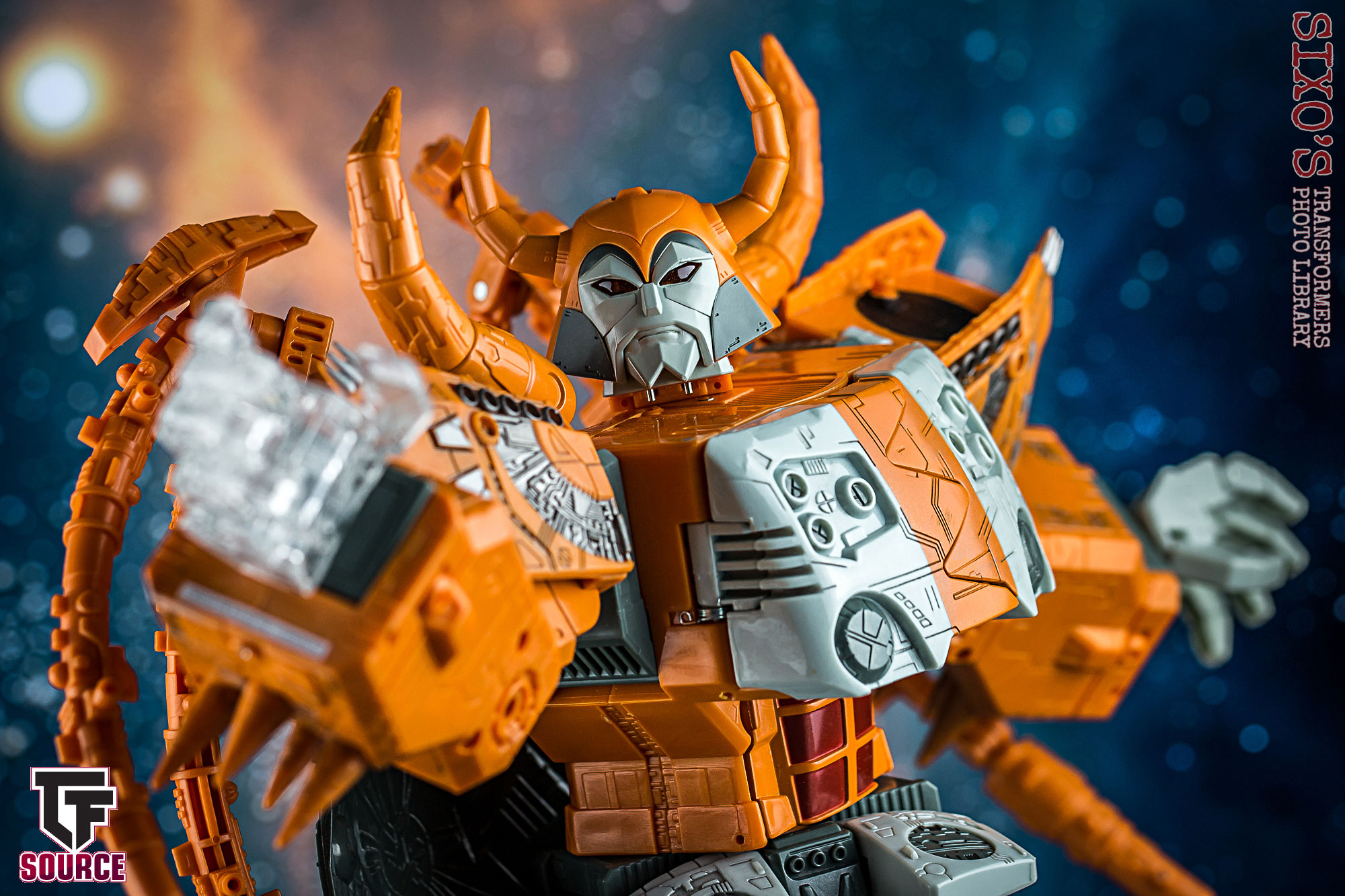 There haven’t been many Unicron toys over the years, but the ones we’ve had have generally been of a pretty good standard. The most notable example is the Armada toy, which has been repainted & retooled into a few new versions along the years. However, this new mould looks to blow all of those out of the water, which is a real shame for anyone who currently owns any of those older toys. Not everything new it always better, eh? Anyway, just because the new version is significantly larger, has more articulation, a more impressive planet mode and is visibly more screen accurate, does that really make it worth purchasing?

#5. In fact no other toy will ever be as impressive! 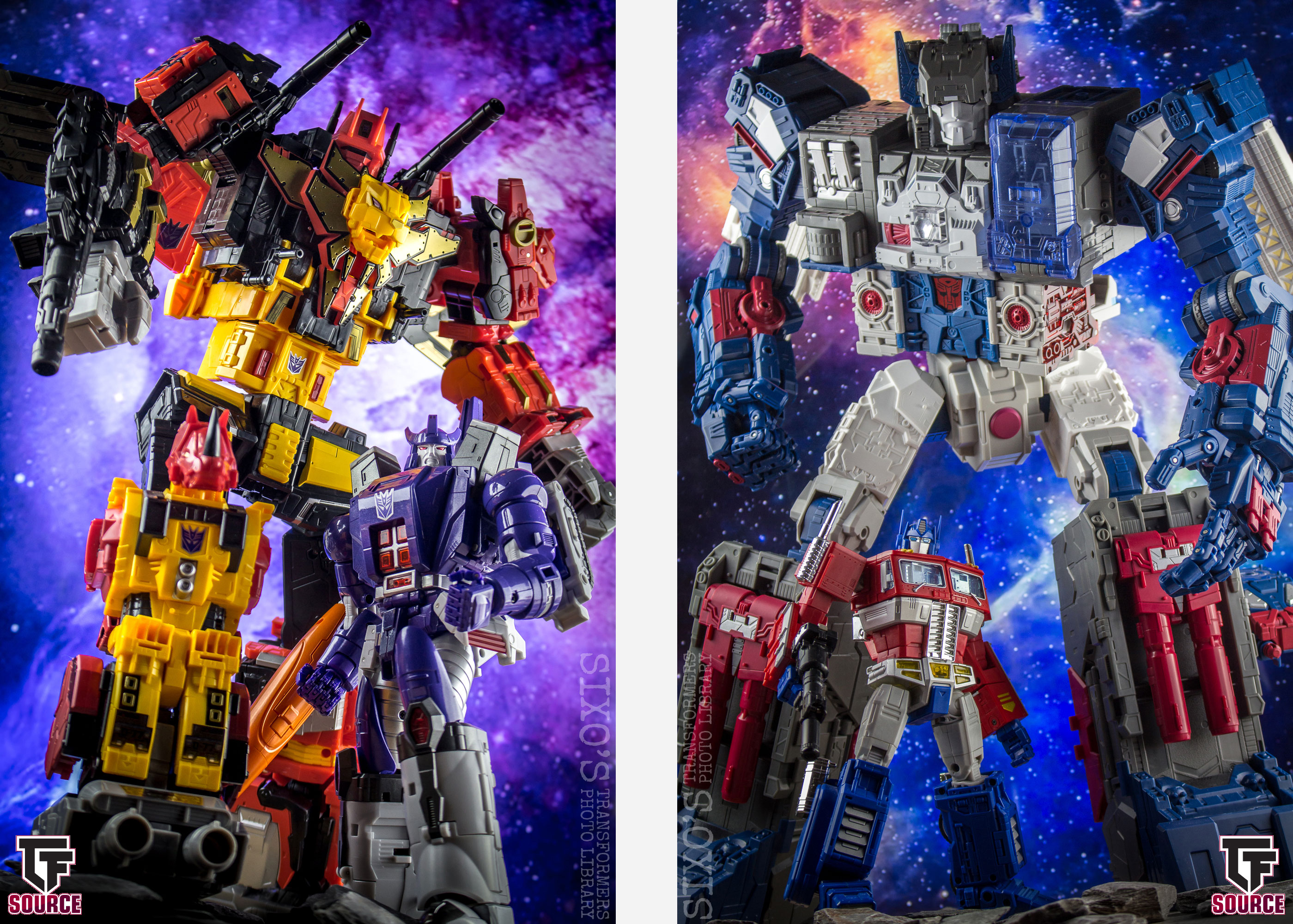 In addition to the previous point, it’s worth noting that we’ve had a number of larger-than-life Transformers toys in recent years, but it’s a worry that all of them will somehow pale in significance to Unicron. Sure, Metroplex, Fortress Maximus, Typticon and Predaking were all impressive enough at the time, but how will we ever adjust our expectations back down again if such an epic toy as this is released? Better to sidestep the whole problem, I say.

#4. Making it would be breaking with tradition 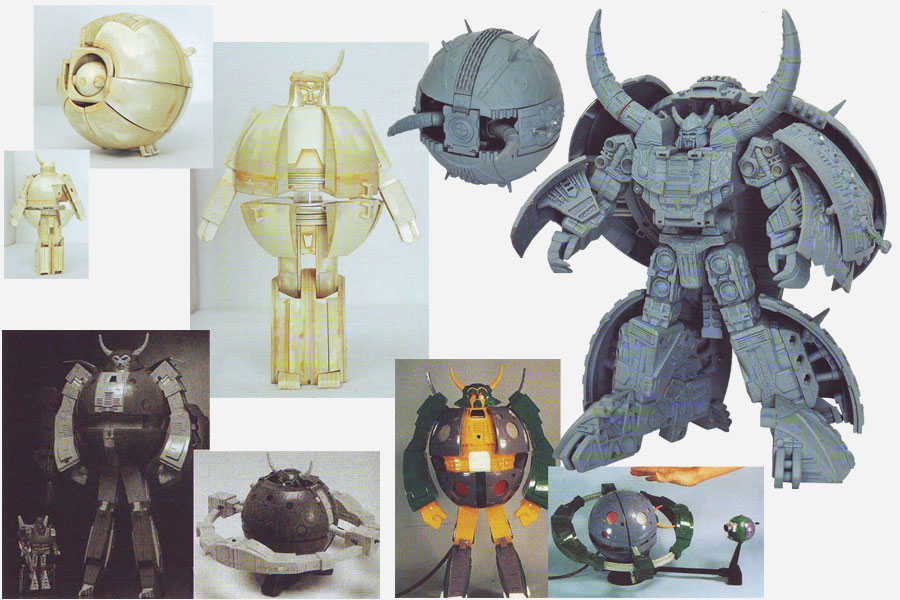 Unicron has a long history of unreleased protypes, going all the way back to the 1986 Transformers movie. There were several attempts at bringing him out in plastic form at the time, and Takara even tried again much later during Beast Wars Neo, but none of these saw the light of day. Since then they’ve become real conversation points amongst the fandom and regularly pop up as exciting display pieces at conventions. Do we really want to lose such an important tradition? If this new toy never sees release then we’ll have something to talk about for years to come!

#3. You’ll only end up wanting a Primus to go with it 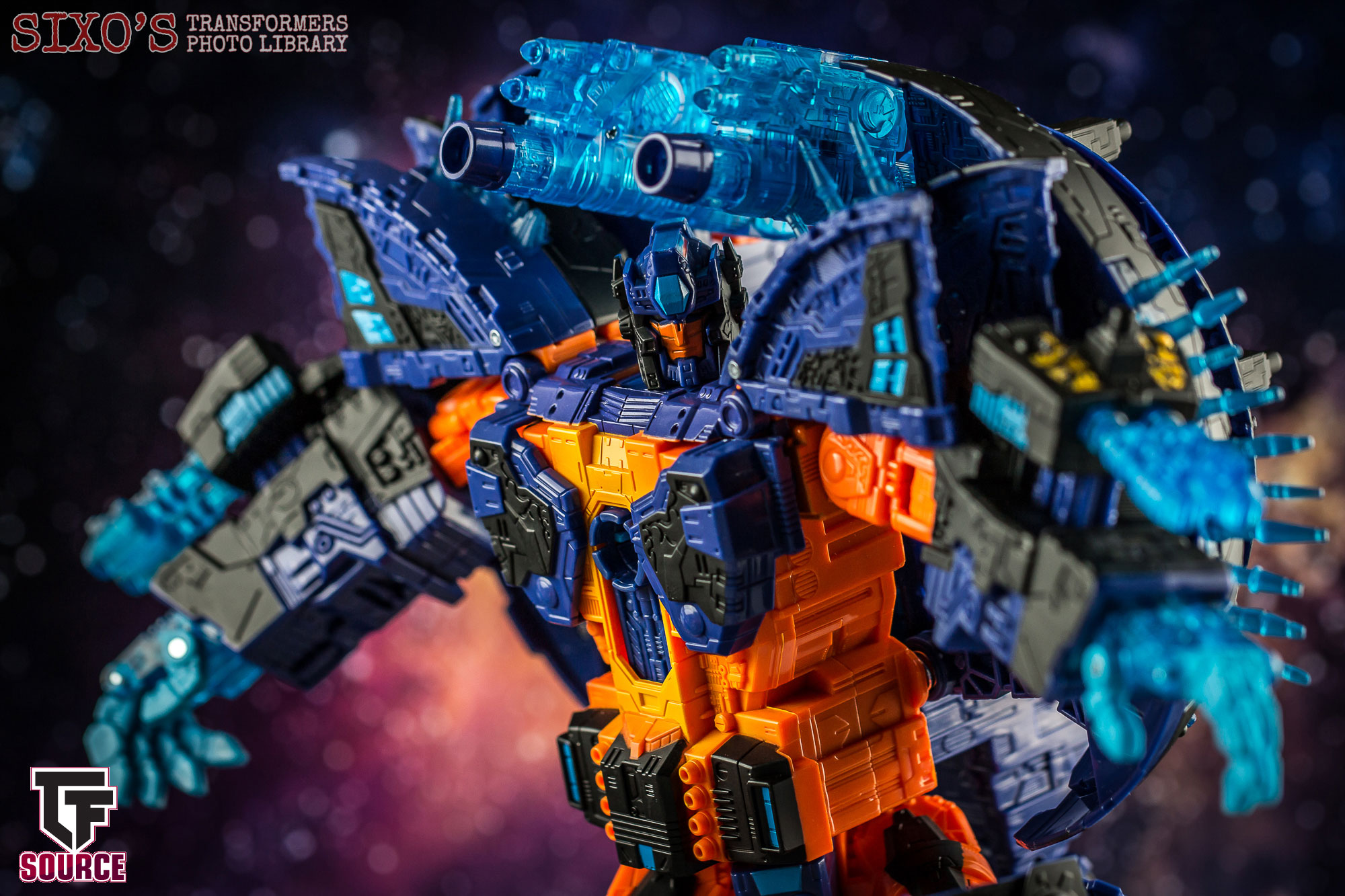 C’mon, admit it now. If you had this Unicron toy you’d definitely want a similarly-sized transforming Primus toy to go with it, no? Every villain needs a hero as much as every Transformers collector needs their next redonkulous purchase to agonise over. So take all of the concerns on this list and double them, my friend, as you’d only be committing to a life of utter lunacy. Stop the madness now, before it’s too late.

#2. Is Unicron that great a character anyway?

Time to be brutally honest – how great is Unicron really, eh? I mean, sure, he’s still the top-tier go-to bad guy of the entire Transformers franchise after over three decades, having been a crucial part in many different storylines over the years. And ok, he’s still one of the most iconic parts from the line’s original 1980s’ heyday. And yeah, being a giant robot that turns into a planet which munches on other worlds is sort of cool, I guess… if you like that kinda thing… 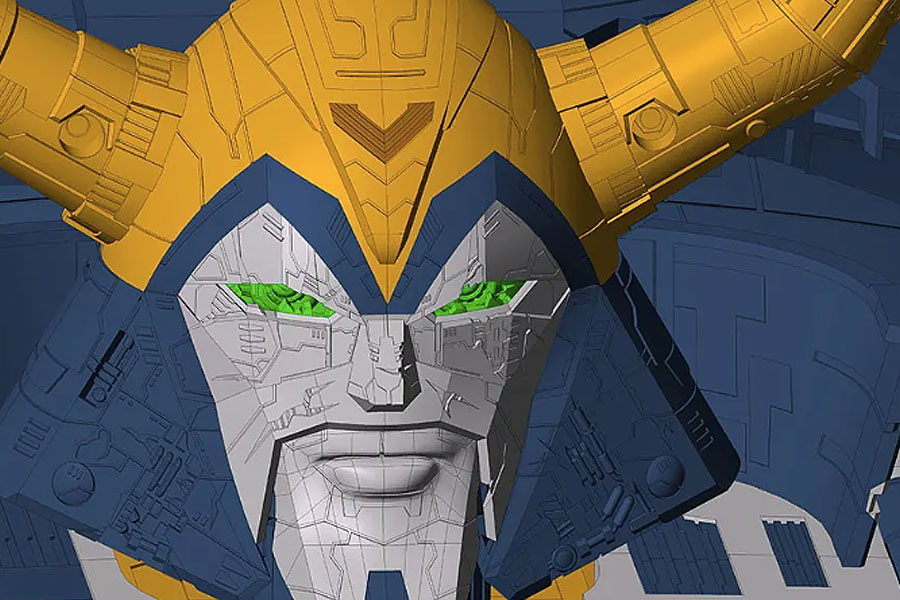 OK look, joking aside this is an extremely impressive project. Yes, it comes with a high price tag and will no doubt be beyond a lot of people’s reach, but all signs point to this being a labour of love for the people involved at Hasbro and we cannot wait to see how it turns out. The fact that we’re (hopefully!) getting a screen-accurate, transformable rendition of the chaos bringer in such an epic scale after so many years is something to celebrate, and for what it’s worth we hope as many of you as possible can get your hands on him!

So, that’s our list. If you enjoyed the (very tongue-in-cheek but well intentioned) read and fancy finding out more about the project, check it out at Hasbro Pulse’s official website!

This entry was posted in Source Articles Tagged with Countdown, Hasbro, Transformers, Unicron