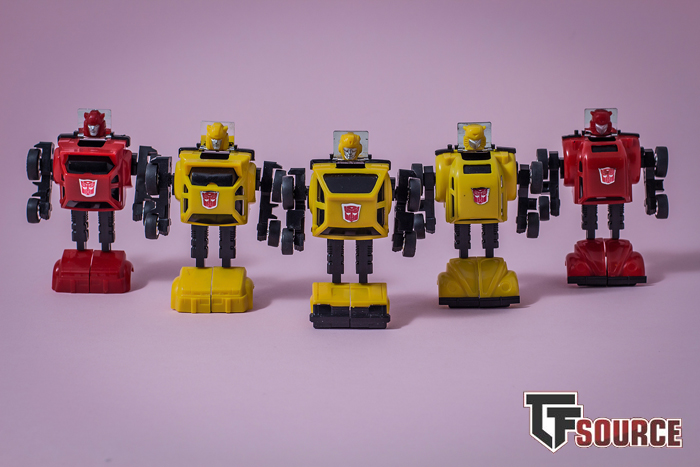 The term ‘pre-rub’ is a common one to come across when reading about vintage Generation 1 Transformers from the early-to-mid 1980s. It is a reference to the first series of G1 Transformers that hit the shelves, the ‘pre-rubsign’ releases. Rubsigns (or rub symbols) were largely introduced to Transformers globally in 1985 to act as a sort of official identifier for the toys. The gimmick consisted of a silver sticker featuring a black heat-sensitive badge that you could rub with your finger to reveal the toy’s Autobot or Decepticon allegiance. They were eventually phased out of mainstream G1 Transformers by 1988 but have returned to the modern Transformers scene through reissues, homages etc since. This article will look at the reasons behind why some collectors value the pre-rub era of Transformers in 1984, as well as a few things to look out for from that period of time. 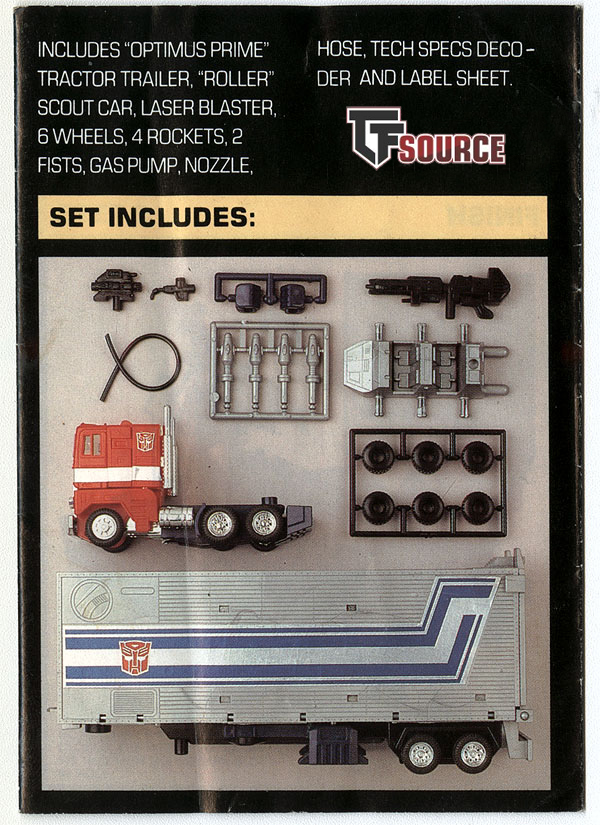 Before G1 Transformers were a thing, many of the toys used for the 1984 line originated from Takara’s Diaclone or Micro Change Series toy lines in Japan. Vintage G1 instruction books are often a great place to spot variations, transitional stages of toy production and the odd curiousity. The Optimus Prime manual above shows a Diaclone Battle Convoy that has been mocked up to look as on-brand as possible for Transformers literature and release, most notably featuring a grey Roller (instead of the baby blue Diaclone), bloated moulding for some accessories and metal plates for the trailer. You’ll also find Soundwave booklets with the “Cassette Man” text on his tape door covered up with a blue sticker and other similar running changes not yet finalised for release. 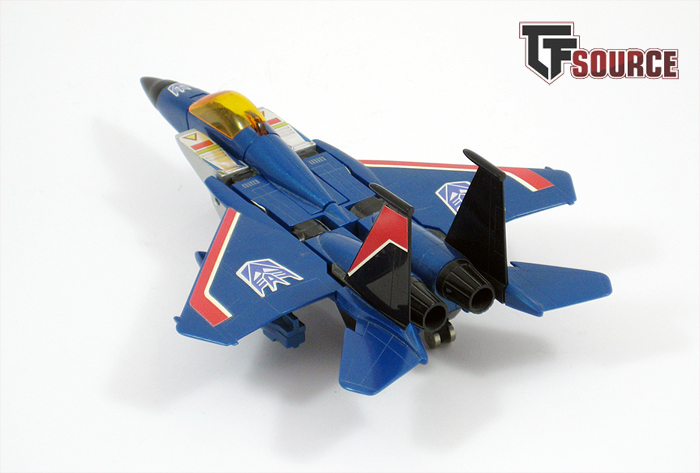 The toys themselves were also prone to these running changes, with Optimus himself having a number of different variations just within the pre-rub era, including one version with light blue Diaclone-coloured parts in the trailer and light blue Roller. The Decepticon jets also came with some subtle differences from iteration to iteration, the most interesting one being that some first release Thundercrackers (and Starscreams apparently!) came with hand-sanded wings. Originally for Diaclone, the tips of the main wings would have been too pointy for safety standards in the US and Europe, so the moulds were changed. Before that change was fully rolled out, some of the toys had to have the wings adjusted manually! 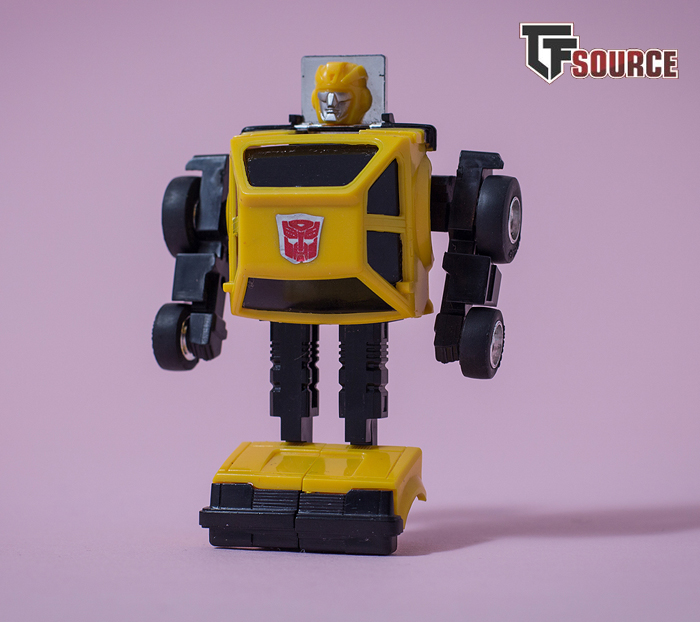 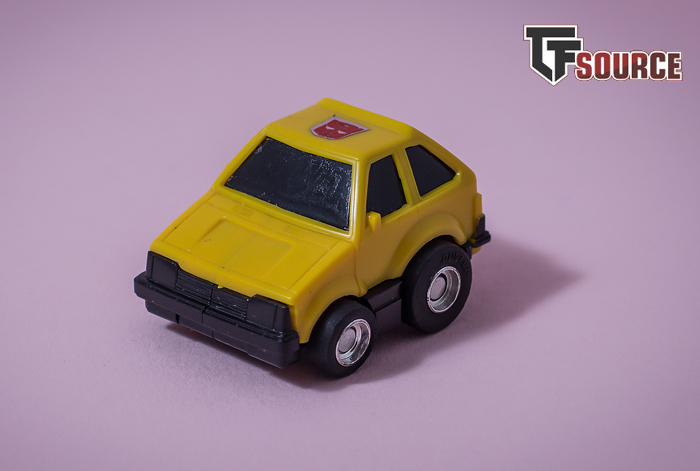 As you’d expect for such a popular toy line where kids and parents were clamouring to get their hands on them having seen the cartoon, read the comics or just generally gotten caught up in the hype, Hasbro and Takara didn’t quite get everything right for release when it came to G1 Transformers in 1984. That’s not necessarily a bad thing seeing as how the pre-rub era has given rise to some of the most beloved variants and oddities in the whole of G1 TF history. One such oddity is the above “Bumblejumper” minibot, named by fans using a portmanteau of “Bumblebee” and “Cliffjumper”. This figure never had his own official production art or name that actually saw release on Hasbro cards in 1984, and was therefore released on Cliffjumper cards. It is the Micro Change Series Mazda Familia 1500X5 in yellow, but it did get an official Transformers release and was available in stores in the US! 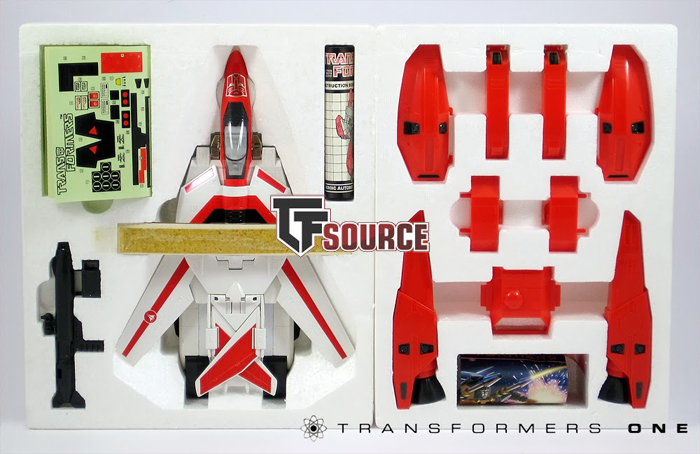 The Macross-originating Autobot Air Guardian “Jetfire” is another one that has a gem of a pre-rub variant. This toy is widely accepted as being part of 1985’s series 2 toy line, but he was available at the tail end of 1984 in limited quantities. The version that came in 1984 is referred to as the “Matsushiro Jetfire”, due to the Japanese manufacturer Matsushiro having their name stamped on those early versions of Jetfire. This version of the toy features no rubsign (because it pre-dates their use) and even features the UN Spacy symbol from Super Dimensional Fortress Macross on the wing! Apparently, the Canadian pre-rub release of Jetfire even came with the missiles. That’s right, pre-rub G1 is not restricted to the US! Canada’s run of G1 minibots had a very interesting packaging variant detail where the Robot Points were actually printed on the front of the cards instead of the back, a unique feature of this particular G1 packaging. 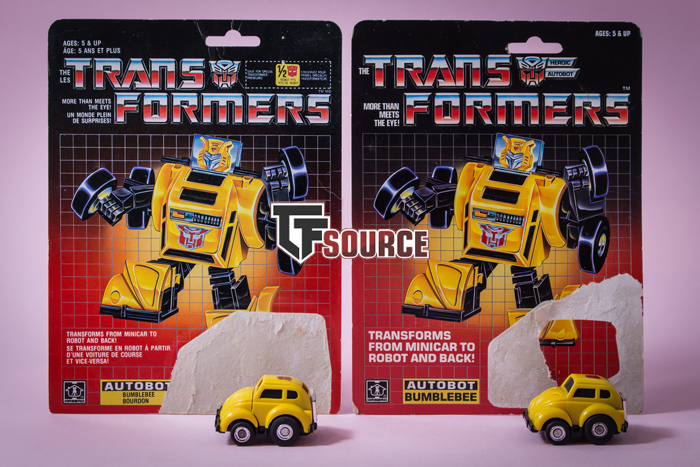 The variations and rarity of pre-rub G1 Transformers are not the whole story, though. The differences between the moulding, packaging etc could fill a series of articles all by themselves, and you may wish to look up terms such as ‘No Grey Border’ for evidence of how microscopic those differences can run even within the pre-rub era of releases. Collectors desire these toys for more than just the small moulding, accessory, packaging, colour and sticker differences. These toys are often considered to be the birth of the Transformers toy brand, and there’s a lot to be said about knowing you own the very first version of Bumblebee ever released under the Transformers banner. The same goes for Optimus Prime, Starscream, Megatron, Soundwave etc. It’s why I treasure my sanded-wings pre-rub G1 Thundercracker so much. 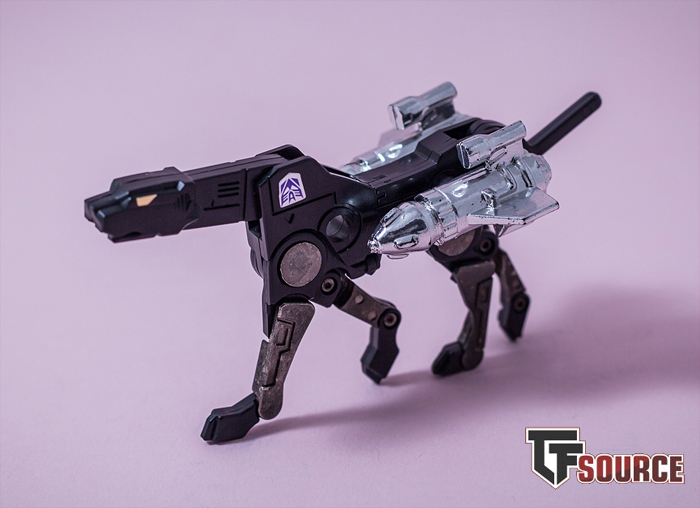 A fair number of collectors recall 1984 clearly. Their first exposure to Transformers toys in a store may very well have been during the pre-rub releases – possibly even the very first wave of figures placed on shelves. The impact of that stunning artwork, those glorious toys within unmistakably striking Autobot or Decepticon packaging and the success of actually finding the figures in store at a time of such massive demand…well it’s not hard to imagine that leaving a significant nostalgic imprint on someone. Even those of us who started receiving Transformers after the pre-rub era can see the appeal of the first wave of toys. 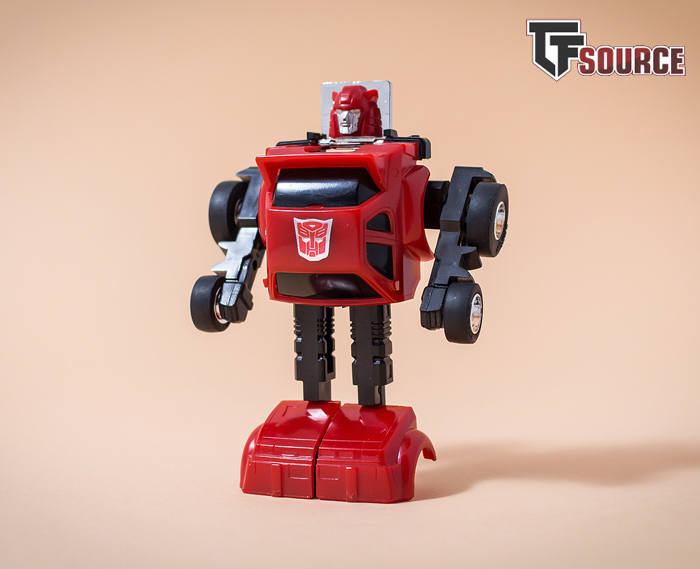 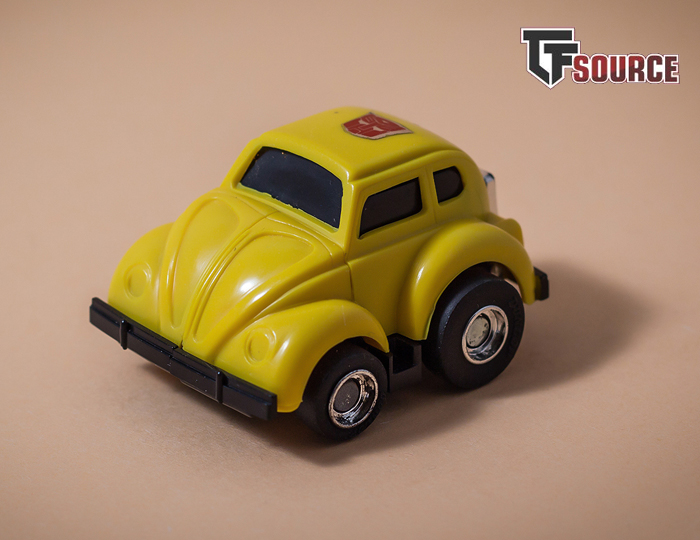 There are other reasons why these pre-rub toys are considered attractive, too. In the case of the G1 minibots Bumblebee and Cliffjumper, the rubsign would have replaced the handsome red Autobot symbol on their chests, altering the look of the figure considerably. For me personally, I much prefer how the red bot logo looks on a yellow Bumblebee and even a red Cliffjumper, and so those are the versions I hunted down. When in packaging, some people prefer the look of the minibots in car mode as per the pre-rub era of releases, compared to the robot mode packaging for the minis in 1985. 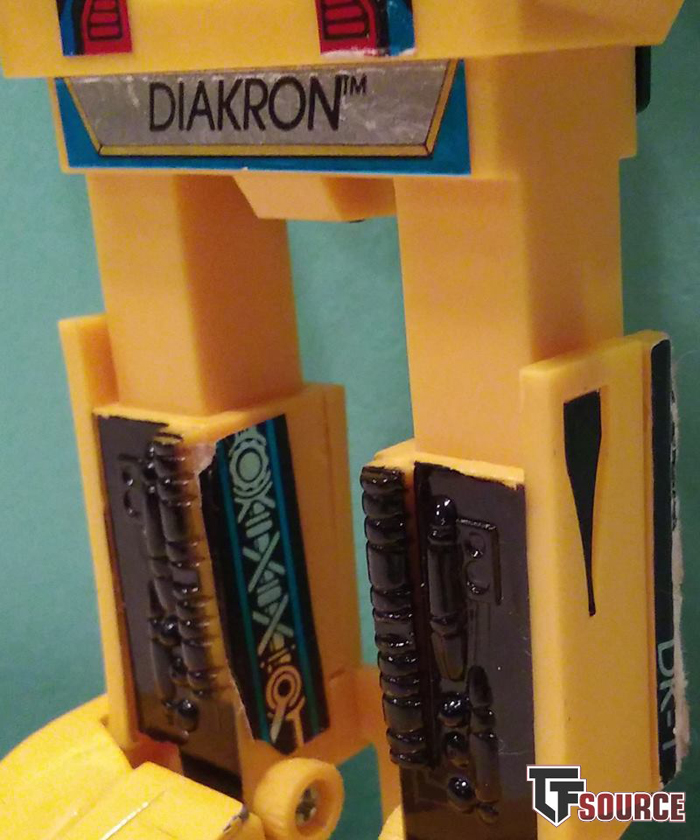 Yet another source of attraction for collectors when it comes to pre-rub G1 is how closely the toys are linked to their Diaclone or Microman heritage. Quite often there are features on the toys – be it stickers, colours, moulding or accessories – that were carried over from the previous incarnation of the figures within Diaclone or Micro Change Series that are completely exclusive to the pre-rub release. The above Sunstreaker still has “Diakron” printed on its belly sticker and “DK-1” on the side skirts, both holdovers from the North American Diakron DK-1 pre-Transformers release of the Countach toy in 1983. The sanded wings and smooth canopy of Decepticon jets, the metal plates on Optimus Prime, as well as the UN Spacy logo on Jetfire from its Macross roots are also good examples of this.

Of course it’s not all positives for the pre-rub era of toys; let’s not forget how urgently these toys were brought to market resulting in a number of errors and areas for improvement. Tech specs were mixed up, colours were changed last minute, miscommunication resulted in myths that propagated for years throughout the fandom etc. There are examples on the toys themselves of moulding issues that had to be remedied for the next wave of rubsign releases. Although some of these were fixed within the pre-rub waves of Transformers, they may still affect collectors who are unaware. Things like the small posts on G1 minibot feet that connect the coloured plastic to the black plastic getting bent and coming out of their intended locations, the shorter pegs on Decepticon jet wings causing them to fall out constantly, weaker areas on G1 car chassis that needed reinforcing for later release etc. 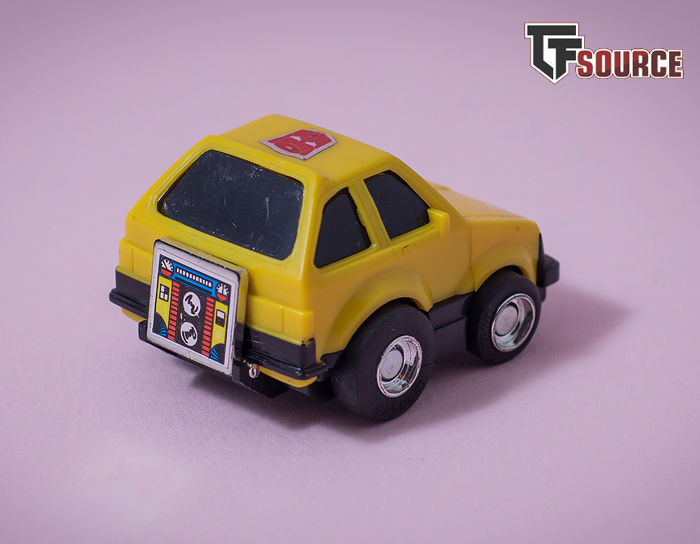 The overwhelmingly positive perception of the pre-rub era of Transformers, though, is what most collectors will probably experience. For many of the reasons detailed above, pre-rub releases are considered more valuable and desirable, leading to a slightly higher market value on them. Once the bulk of the fandom cottoned onto the significance of “circle stamps” featuring Takara-only copyrights for example, they became one more thing for sellers to highlight and charge more for particular figures. Beyond that, though, the toys are probably more scarce too seeing as how short a time they were available for compared to subsequent versions. This definitely rings true for some of the variants detailed above. They are also viewed with a degree of romanticism by fans – myself included – for being the first wave of Transformers toys ever made available for purchase by Hasbro and for their strong links to the pre-Transformers era of toys. Sentiment counts for a great deal when it comes to Transformers collecting. 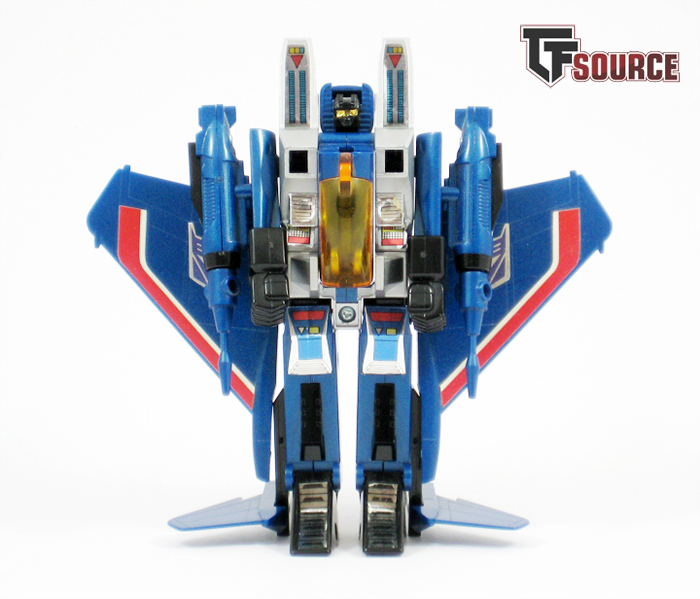