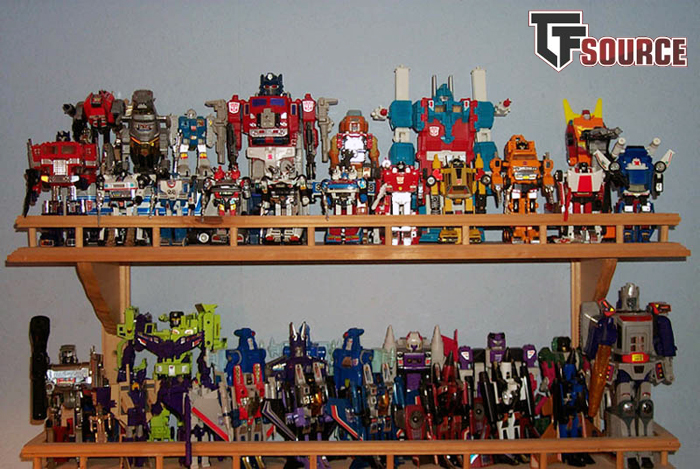 In the days before widespread collector use of eBay, or social media groups like Facebook, Twitter and Instagram, there were many interesting ways in which collectors would source Transformers. I personally started collecting Transformers again at the age of 18 in 1998 while at university in London, after having my nostalgia re-awoken by the late 90s release of  the Transformers The Movie soundtrack on compact disc. I concentrated purely on Generation 1 figures, especially those I’d not seen or owned as a child. This week I’m going regale you with tales of my pre-eBay exploits in building my fledgling Transformers collection as an adult. You may also find it interesting to compare my experiences with that of UK collector and blogger Graham of Collecting Stories, who collected Transformers throughout the 90s and into the eBay era and has written a similarly-themed article. 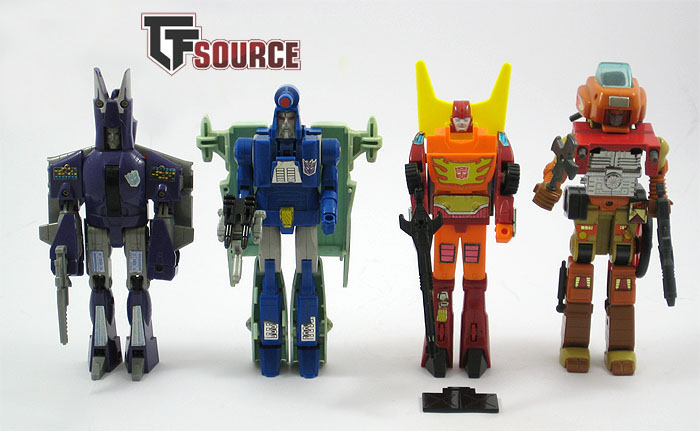 Throughout my childhood love affair with Transformers toys, and even large segments of the 20 years I’ve been collecting Transformers as an adult, I have concentrated on specific areas of the brand. Many childhood trips to Argos, Toys ‘R’ Us and the like resulted in purchases like a Red Alert to go with my Sideswipe, or an Apeface for my Snapdragon, or a Thundercracker to go with my Starscream, Dirge for Thrust etc. When I got online properly at university and discovered a burgeoning community of internet-using Transformers collectors both in the UK and the US, it wasn’t long before my attention turned to purchasing toys as opposed to simply reading about them. I’d never gotten rid of my childhood figures, so I don’t think I had ever completely disconnected from Transformers ownership the way some do in their teenage years, but a love of football, motor racing and video games definitely overshadowed toys for at least 7 years or so. Looking back, it’s interesting how small a mental hurdle purchasing Transformers toys again as an ‘adult’ was to overcome, undoubtedly made more acceptable to me by the number of die cast models of racing cars I had purchased throughout my teenage years.

I had not yet discovered eBay in 1998, although many other collectors had and were reaping the benefits of an infinitely less-crowded marketplace than today. My first stops for finding Transformers were car boot sales, charity shops and looking at classified print ads in Loot magazine and Model Mart in the UK. One of the toys I was most eager to find was the Decepticon jet Ramjet. My cousin owned Skywarp and I owned the other four jets, but despite seeing it many times, Ramjet was already gone from shelves when I finally convinced my folks to take me for another TF buying trip at the time. Remarkably, my mother actually came home one day during this period with a junker Ramjet from a charity shop, but obviously with no parts and missing afterburners, it was never going to do. I’ll always treasure how my mum has supported my love of Transformers throughout my life, even though she’s always balanced it with a voice of moderation. 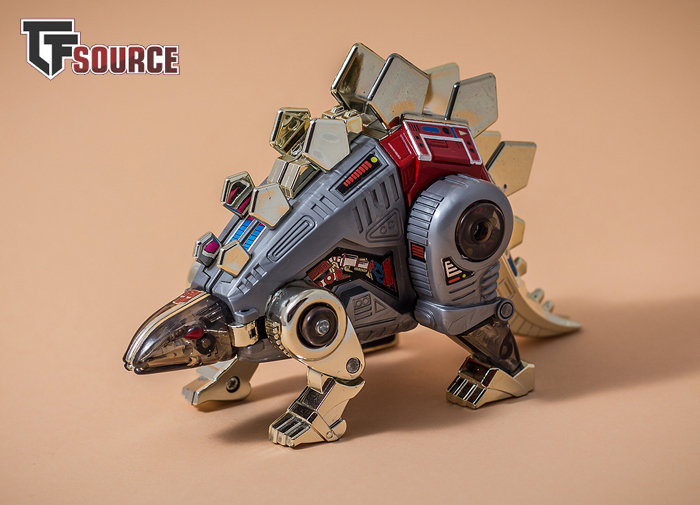 The first Transformer I bought as an adult was a boxed Dinobot Snarl (turned out to be Mexican!), and it was bought at a tiny collector’s store inside a shopping centre in Croydon, South London. It was run by a man called Craig, and I’d found him through Loot. The store was pretty well hidden away inside the centre, but the display cabinet full of G1 Transformers I’d never owned completely blew my mind. I was back there almost every week picking up something new, including one trip accompanied by friends where I dropped £400 in one go on a boxed Jetfire, boxed (Mexican) Devastator giftset, boxed Megatron and a loose Grimlock; all toys I’d never owned. I’d never even seen Megatron or Devastator as a child. All those figures were due to be bought by a Transformers dealer (again, an alien concept to me at the time) who I’d eventually end up reading a best man speech for almost a decade later, but I offered Craig cash on the spot and he couldn’t refuse. 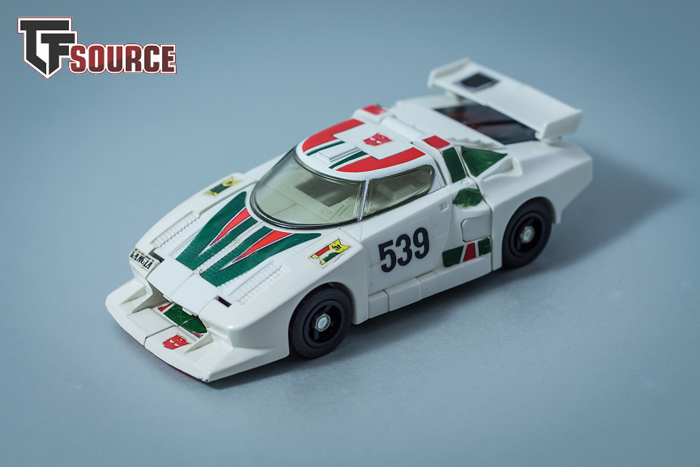 Through that store in Croydon, where I’d often bump into other Transformers enthusiasts, I heard about a store called Offworld. These guys were big into Star Wars, and were also responsible for organising a number of collector-themed events and shows around the UK. They also had two stores, one in Romford and another in Luton. Visiting these stores and speaking to the employees on the phone, I was able to reserve and pick up more vintage Transformers that I’d have otherwise had no access to. I saw my first Fortress Maximus and Shockwave at Offworld’s Romford store, and my first Predaking giftset and Swoop at the Luton store. Breathtaking, arresting and unforgettable moments. Their prices were, at the time, notoriously high and so I couldn’t always buy from them.

While regularly visiting Croydon throughout late 1998 and early-to-mid 1999, I also started looking for – and picking up – VHS tapes of Transformers episodes I’d never seen nor head of, as the UK TV coverage was not much to write home about. It’s amazing what treasures these were considered during the day, and how deeply they have now lost their value since. Those of us who still feel the nostalgia still cannot bear to part with them. 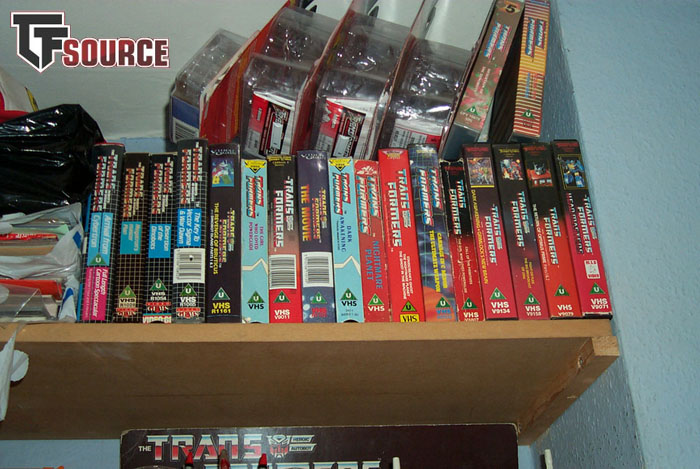 The scene was not that big in the late 90s, and while there was a lot going on in other circles (as you’ll read in Graham’s article), looking back it’s interesting how many people I came into contact with that other UK toy collectors also recall. I remember a mature gentleman who lived south of London who’d put an ad in Model Mart and had quite a lot of sealed unsold Headmasters-era stock including Highbrow and Scorponok. Back then, his prices were high, and I think to this day he still hasn’t sold the toys based on what others who contacted him down the years have said. Other toy sellers and buyers I found at the time through the same means have been well-known UK toy dealers who have had stalls at many shows and conventions including Transforce, Auto Assembly, TFNation, Decepti-con, Collectormania and Memorabilia, and I’ve helped a few of them on their tables at shows throughout the years. Calling up people by land line, visiting their home or their store was not an uncommon way to purchase Transformers back in 1998 and 1999. 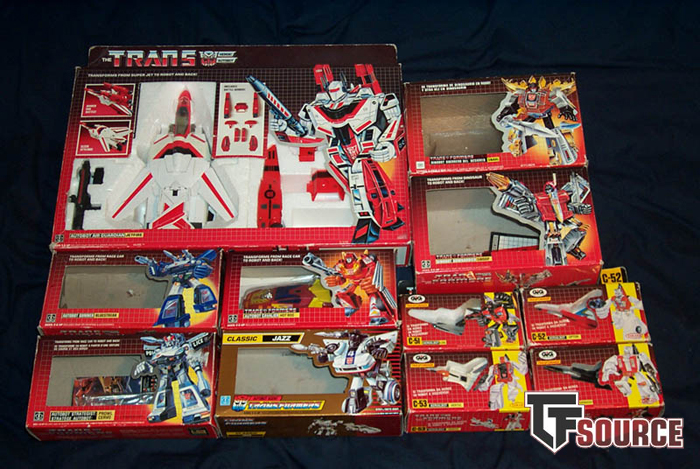 Being at university and having regular access to the Internet, I started finding Geocities websites and even sales pages online (almost exclusively in the US) where Transformers were being sold to collectors. Digital Toys, Robozone, Brian’s Toys and Rugby’s Star Base were just some of the classic TF sellers that spring to mind. It was on the Digital Toys website that I found a boxed G1 Ramjet in excellent condition, being offered for $90. While this was quite a princely sum for a figure like this at the time, even with the more favourable exchange rate back then, I couldn’t resist. My ignited enthusiasm meant that I almost scuppered the sale as I kept emailing them to check on its status before I’d heard back, and using two different email addresses, I heard back from them and they said they’d already sold it. Of course, Digital Toys had assigned the sale to my first email address, and once the hissyfit hurricane had died down and I realised it was mine, a door was opened that has never closed.

Very early on in this adventure, I recall reading a website in the US where the collector had pined after a G1 Bluestreak for absolutely years, having missed out on it as a child. He found a sealed one in the late 90s for $150 and bought it. I’ll not forget just how intensely indulgent that seemed to me, spending $150 on a Transformer. After a very brief reconsideration, centering around how the collecting of Transformers seemed wildly expensive, I started on that road myself soon after – evidenced by the £400 multi-purchase outlined above! I’ve always been open to being enabled by those around me in this hobby, although I am accused of it so much myself these days! 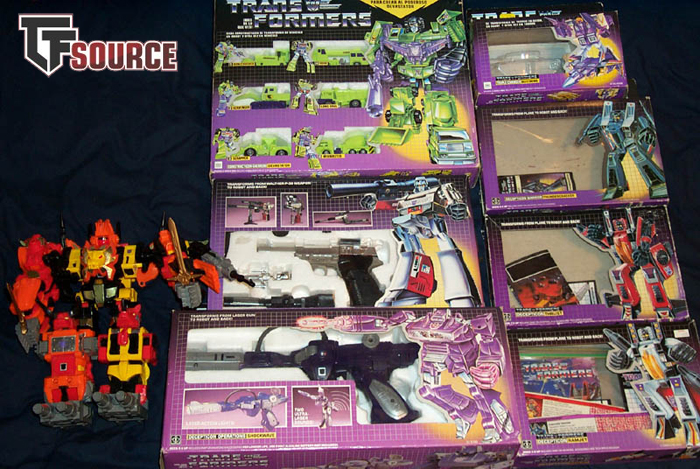 While I still love the unique experience of picking up Transformers toys in person – either at a Transformers convention, a store or from a friend – I think as an adult collector, my greatest memories of receiving toys I’d dreamt about revolve around having those hugely anticipated parcels delivered to my door in the late 90s and early 00s. You know the one, hazily awake and yet still asleep, absolutely assured that you heard the doorbell ring. When it did, and there was a box delivered…well there was nothing like it. A G1 Ramjet, finally, to put with the other Decepticon jets. Well, except Skywarp, my cousin never let me play with it or have it, so I had to rely on Craig for that one, too!

Starting to get online more, and meeting other enthusiasts in person at collector stores, it was an easy step to join online Transformers communities and forums. By 2000 I had a computer in my room at home and discovered eBay, as well as Yahoo Groups where I joined the UK “TFToys” group, leading to my attending Transforce 2001 in Beckenham Junction, South London. There are people I met there that I still consider good friends today. I remember setting up my PayPal account when it was still considered a relatively new thing to those around me, although it was my dad who already had an eBay account and a PayPal account who helped me out there. I adopted his eBay account for my Transformers purchases, then it became mine, and I still use it to this day. I remember Yahoo Auctions UK, Bidpay money orders and alt.toys.transformers.

So many of my experiences during the late 90s and early 00s have shaped my collecting and habits, as well as my compulsion to network and get to know collectors, fans and everyone I could who was involved in the same parts of the hobby as I was. It’s quite interesting to note that despite the wildly varying Transformers toys and journeys I’ve been on over the last 20 years, I’m now pretty much collecting/re-collecting the same things I was back in 1998 and 1999; vintage bread and butter Generation 1 Transformers, with a touch of variant dabbling creeping in. However, because I spent so much time collecting outside of eBay and online stores, I feel that I have a degree of resourcefulness and respect for the more traditional ways of sourcing toys than had I been a more recent inductee into the Transformers collecting sphere. I also have a deep admiration and respect for people like Graham who were still collecting Transformers and interacting with a community unbeknownst to me throughout my Transformer-less years.

However much I love reminiscing about those early years, and how deeply influenced and ingrained my collecting habits are from that time, I do believe we have it so very good in the present day. The diversity in the community, the very many places you can get Transformers toys and the number of people there are across endless platforms to share it with all contribute to a better hobby now, in my opinion. Sure, prices are high these days in comparison, but a $90 Ramjet in 1998 to a student is no less painful, relatively speaking, than a $300 Shining Ultra Magnus reissue is today to a working professional in their late 30s. Every era has its advantages and drawbacks, but I feel incredibly fortunate to have been a part of this hobby then and now. 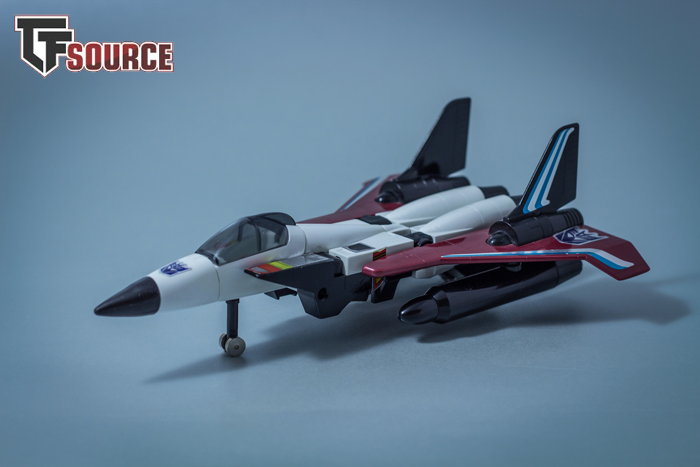