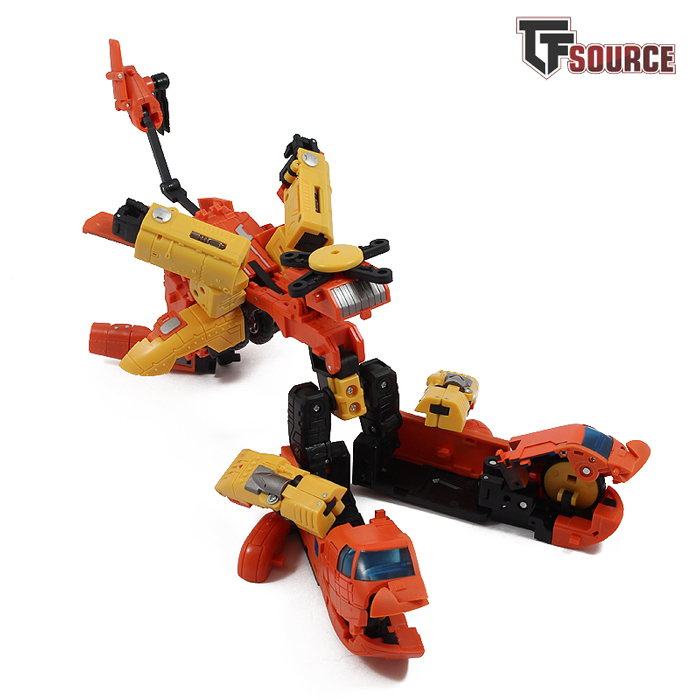 The engineering and complexity of the conversion process on Transformers toys has come a long way since the vintage 1980s era. What could previously take 30 seconds now routinely lasts over 10 minutes with the most high end and intricate toys we see as part of Transformers Masterpiece or much of the 3rd Party Transformers scene. With increased complexity and intricacy there comes the possibility of frustration, especially if the instructions for more advanced Transformers or 3rd Party toys are not clear enough. This week we take a few contributions from the community regarding which toy’s transformation has proven the most frustrating, difficult or just plain disappointing for them, and why. 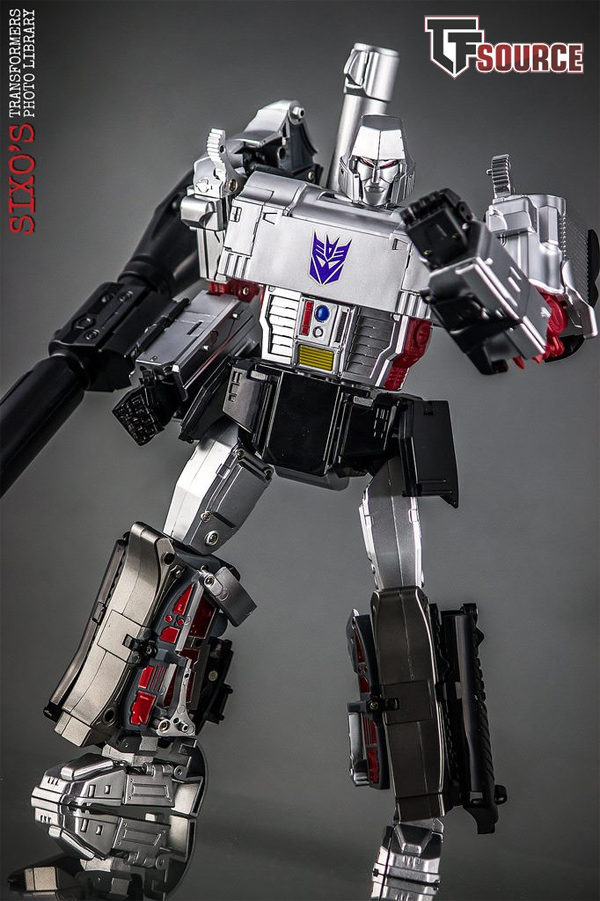 First up, Ben Parfitt tells us how much he’s enjoyed trying to live with X-Transbots Apollyon and friends.

“So much of my enjoyment from a Transformer derives from the in-hand experience and transformation, and while it seems very fashionable to bash Takara at the moment, no other company does a better job of making a functioning, transforming Masterpiece. I can think of very few official MPs that aren’t a delight to experience physically. And while the general standard of 3P figures has come on leaps and bounds these last two years, transformation is so often where they fall short.

“Badcube’s Wardog is obviously a very strong contender for this piece. Solid alt, great bot and a transformation straight out of the burning jaws of hell. It actually requires you to effectively reconstruct the shoulder joint! As much as I love FansToys, I could also reel off a long list of their figures that I’ve had precisely zero fun transforming. Shout out too to Generation Toy GT-03 IDW Optimus and Toyworld Primorion! However, the prize for me has to go to X-Transbots. Again, there are several contenders (although recent releases have shown a big improvement, thank God) but my nod goes to Apollyon.

“There was once a time when I sold off the bulk of my collection, with MP-10 my sole remaining Masterpiece. It was the announcement of Apollyon that changed it all. I knew I needed him to stand alongside Optimus and it was from that thought that my second collection was born. Of course we all realise that Megatron’s character design poses a particular challenge, but while companies like DX9, MakeToys, Wei Jiang and most recently TakaraTomy have pulled it off to varying degrees of success, I hated XTB’s solution to the transformation problem. The fiddly nature and unintuitive process was undoubtedly compounded by the fact that the whole thing felt so stupidly cheap and fragile. And I don’t just mean those feeble shoulder ball joints – my figure suffered some very real damage on its first journey into alt mode, when the thin plastic arm designed to fill in the gap along his lower back was bent beyond repair as I collapsed the torso. Urgh! I have never again sold a figure with such glee.” 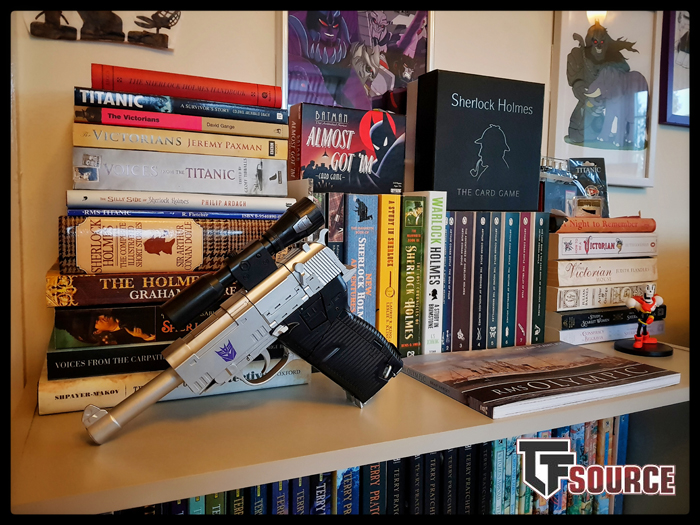 It seems X-Transbots weren’t the only ones to infuse their Megatron Masterpiece-a-like with frustration, as Becka Allen’s pick for most unpleasant transformation is also an incarnation of the Decepticon leader. It’s an interesting perspective as Becka is not a collector who regularly transforms figures at all.

“I’ll be frank – I’m not very good at transforming Transformers. And I don’t even really collect them to transform! I just like how cool their robot modes are, especially if they look properly like the characters they’re meant to. I’m big on likenesses, me.

“In fact, most Masterpiece scale figures I don’t touch at all – unless they’re packaged in the ‘wrong’ mode and I’m forced to suffer through the process to get my cool robot – and mainline stuff gets fiddled with once in a blue moon if I’m feeling brave (TF: Prime Vehicon Steve is a delight, as is Masterpiece Optimus Primal. They are my benchmarks for how intuitive a transformation can be on both cheaper and more pricey figures). But occasionally I will also feel Extra Maximum Super Brave (usually after a Red Bull, they don’t give you wings but they do give you unrealistic expectations) and I will pick up a hard one and make my attempt.

“I did this recently with DX9 Mightron. I decided I wanted a gun-mode Megatron for my Megatron shelf, but also that I was never going to attempt transforming my beloved MP-36. Fortunately I had nabbed Mightron from the lovely guys at Orbital Comics the month previously, and before I knew what I was doing I was settling down with him and his instructions to have a go. It went about as well as you could expect. Chipped nail polish, internal screaming, googling plastic tolerance levels, googling pictures of the robot and gun mode, googling happy-looking puppies to stave off the frustration. And now? Mightron is forever more stuck in pistol mode, leaning casually on my bookshelf as a stark reminder that the mind is willing, but the hand-to-eye coordination is more interested in making photocomics.

“And he doesn’t even fit on the sodding Megatron shelf.” 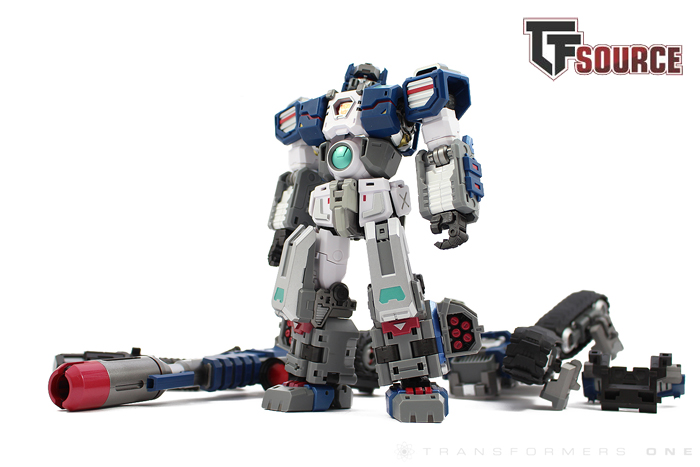 Transformers are more of a tactile experience and treat than visual for many collectors, so that influences their opinion greatly. Ed Pourtamahsbi, who we interviewed recently for this blog to gain his perspective on what collecting Transformers was like for a fan without eyesight, gives us his choice for most disappointing transformation:

“I think like many of us, I can forgive the shortcomings of certain Transformers if I love them enough, no matter how outlandish their alt modes are or how simple the transformation. There are some however that stick in my mind as being a real disappointment either because of how they transformed, or because when you transformed them, they basically looked like a folded up robot.

“Titan Metroplex was definitely a case where the designers went all in with the robot mode and then got lazy with the transformations. Come on, you can’t even remove the hands to hide them? And his transformation basically consists of him sitting down and opening his legs a bit? Not cool. Not to mention the fact that the weapons look weird stored in most of the alt configurations. The G1 Metroplex had all sorts of parts and panels that opened up to make it a much more fun, and much less of a robot-like toy. Also the hands came off.

“Perfect Effect Warden: a fantastic mode, some lovely alt modes. What’s the problem? The transformation. Take Part A, find these 16 peg holes and plug it into Part B with a similar number of peg holes. Take Parts D, E and F, hold them together using your teeth and plug in part C. Make sure Part G doesn’t fall off in the meantime. Now, try doing this when, like me, you have no eyesight. Yes, I got him into his Cybertronian tank mode and Fort Max head mode, but it literally took me the entire day. He stayed in his tank mode until I packed him up and sold him.” 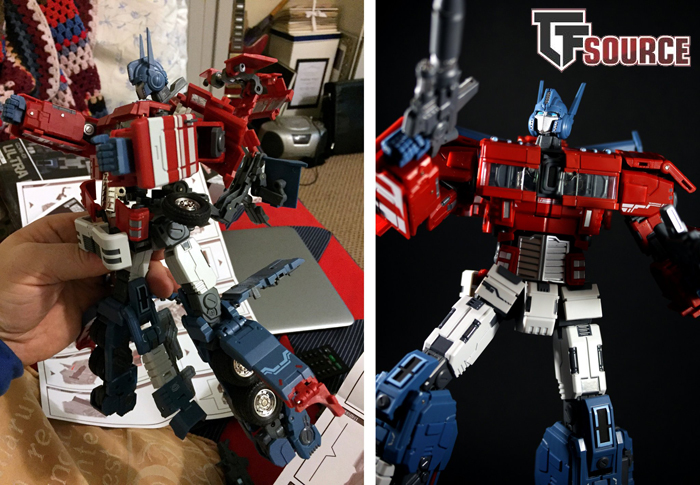 Finally, Kevin Gorman gives us his account of his least favourite transformation. So far they’ve – unsurprisingly – all been 3rd party entries, so it’s good to at least get insight from someone who enjoys complex transformations and has owned a variety of 3P figures, not just MP-scaled and sometimes off the beaten path.

“There were a few bots I could have chosen for this (MakeToys’ version of Groove came to mind with its frustrating tabbing and the shoulders of MMC Carnifex will not be spoken of again), but the one that caused me the most frustration and near rage was GCreations Ultra Maxmas, their take on an IDW Style Optimus. I always enjoy complex transformations as I find it quite a relaxing process and very rewarding when it’s finished, but this figure incited neither of those two feelings on first transformation. It’s a wonderful looking figure in both modes and fantastically posable in bot mode, but the transformation is very much over engineered. It’s very much a ‘everything explodes out’ transformation and then everything gets reassembled, very similar to how BadCube approach their transformations.

“Following the instructions, of which there are many many steps, was an absolute nightmare. I actually found it easier the second time around by ditching the instructions and logically working out where panels exploded out and re-tabbed in while looking at the box art. This type of ‘exploding’ transformation is definitely a feature of this company, as their version of IDW Prowl has similarly frustrating elements. Compared to a figure of similar scale like MP Ultra Magnus, which has one of the smoothest and logical ‘exploding’ transformations, this figure sadly falls down when it comes to its transformation. It’s a shame as it looks lovely on the shelf but I don’t think it’ll be one I’ll be taking down to transform any time soon.” 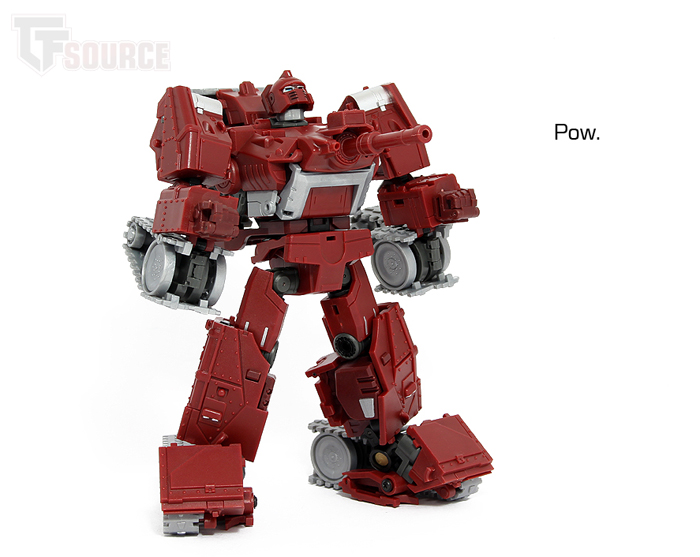 Many kind thanks to Ben Parfitt, Becka Allen, Ed Pourtamahsbi, Kevin Gorman and Sixo for contributions!