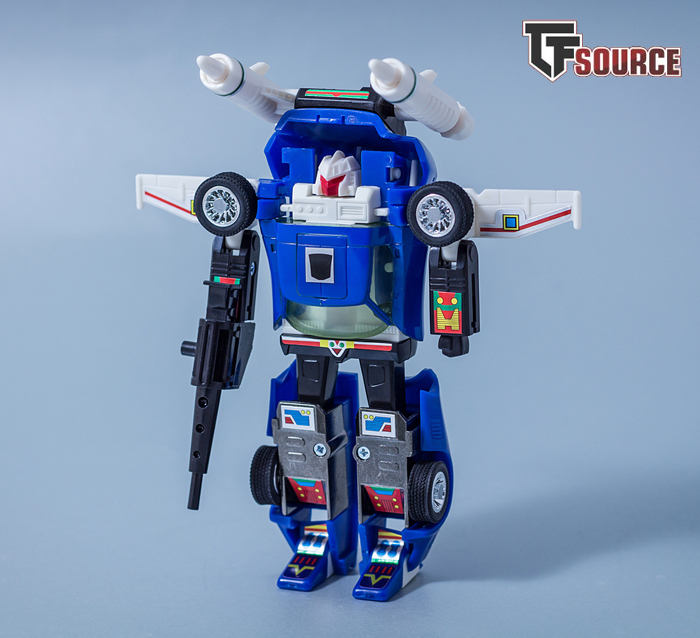 The more G1 and Reissue Transformers I buy and focus on, it seems there is more to discover. Of course, there is such a thing as the law of diminishing returns, so not every discovery can be groundbreaking. In fact, most of this article’s discoveries are related to stickers, and it’s certainly not news to anyone that Hasbro and Takara made errors with G1 paperwork and packaging. Either way, here is a summary of a few things I stumbled across recently in the world of vintage Transformers that were news to me. 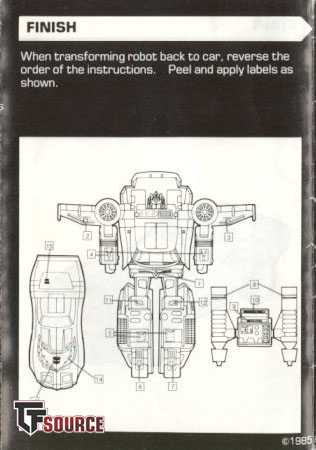 Generation 1 Autobot car Tracks is a Transformer that pretty much every G1 collector has owned at some point. It’s not rare, it’s been reissued by both Hasbro and Takara, there are variants and plenty of vintage ones kicking about the place. It is as known a quantity as exists in G1. As part of my new look Transformers collecting, I buy mint vintage or reissue G1 Transformers with excellent condition stickers, applied perfectly (or I do them myself) in order to recreate what the original designers wanted their product to look like fresh out of the box. No misplaced or worn stickers, no discolouration or wear if possible. In order to sticker up the reissues properly, I use a lot of sources to ensure I don’t make time-honoured common errors or go with something the cartoon did as opposed to what was intended by the toy designers.Tracks should not have offered any mystery or challenge, I have owned so many, but they were either unused Diaclone/reissues or a childhood vintage, stickered by someone else. This was my first opportunity to do it myself, and do it right. 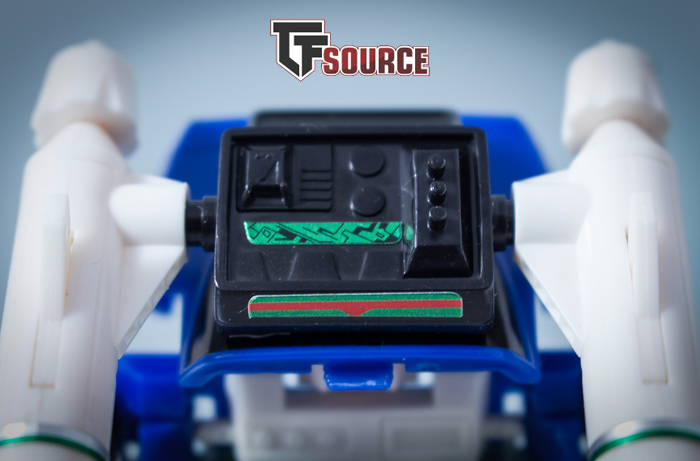 When I got to stickers 9 and 10, the G1 (and reissue) instructions seemed to require those green strips to go on the back of the hood attachment pictured above. I could not understand why, since in those locations they would never be visible, not in robot mode or in Air Attack mode. I decided to check some different sources and found that the cartoon (and therefore Masterpiece) Tracks had the detailing on the front of the hood attachment. Digging further, I found that the Takara Diaclone instructions for Corvette Stingray – Tracks’ predecessor – showed them as going on the front of the backpack as well, so the animators obviously had access to either Diaclone toys or literature for their references. It turns out that for 33+ years, we’ve been incorrectly instructed to put those green strip stickers on the back of the hood attachment where the vents are, as opposed to the two flat and blank locations on the front of the attachment where I have applied them, pictured above. Even the Diaclone Corvette Stingray box artwork shows them on the front, something that was edited out for the TF Tracks box art! The first picture in this article shows you what Tracks should look like when stickered correctly. 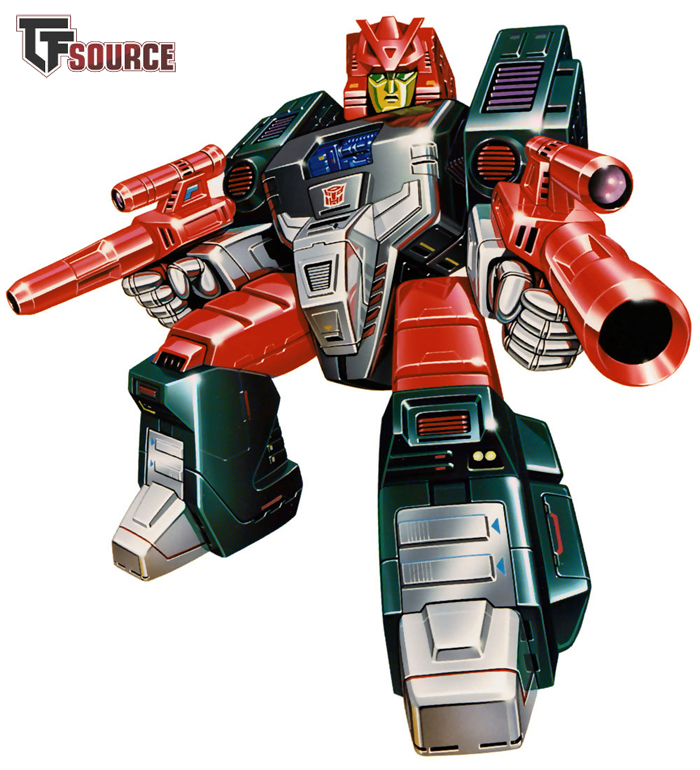 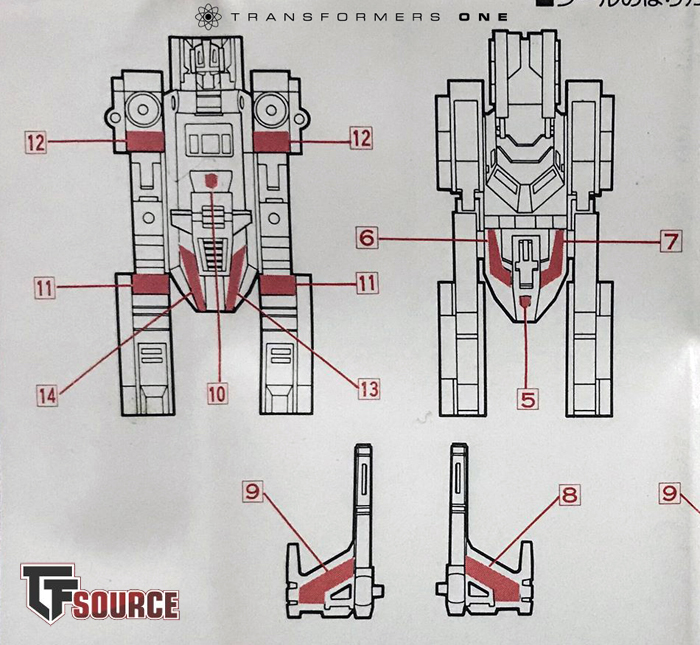 I had a similar episode when I added the stickers to my G1 Quickswitch. The box artwork for that figure shows the Autobot logo as being on his abdomen, but there were conflicting images on the box itself from the stock photos. The instructions for Quickswitch showed that the Autobot sticker needed to go on the white nose of the jet which acts as his waist in robot mode. Up until Quickswitch – and G1 Tracks as it happens – I tended to always side with the instructions, as I felt they were probably produced after the box artwork and stock photography had been done. 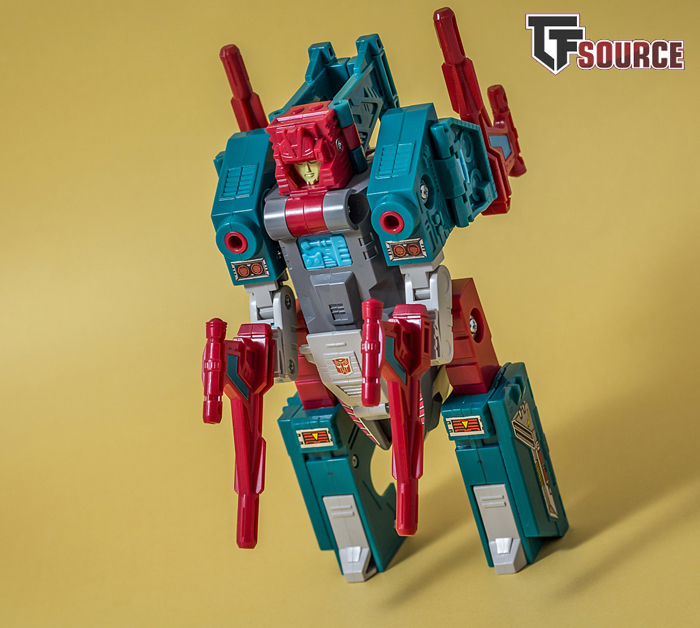 So, I followed the instructions and placed the Autobot sticker on his waist piece. This also made sense for jet mode, as it would be more prominent. This was a mistake, as when I finally managed to get a scan of the Japanese exclusive Sixknight repaint instructions, they featured an exact copy of the Hasbro Quickswitch sticker application map, except the Autobot sticker was clearly marked as belonging on the abdomen. Like the box art. Ah well, win some lose some, but at least now I know!

Also, did you notice that in the instructions, Sixknight (and also Quickswitch) have Brainstorm’s head? That could be seen as lending weight to the theory that this toy, with his very blocky head, was originally conceived as being a Headmaster. 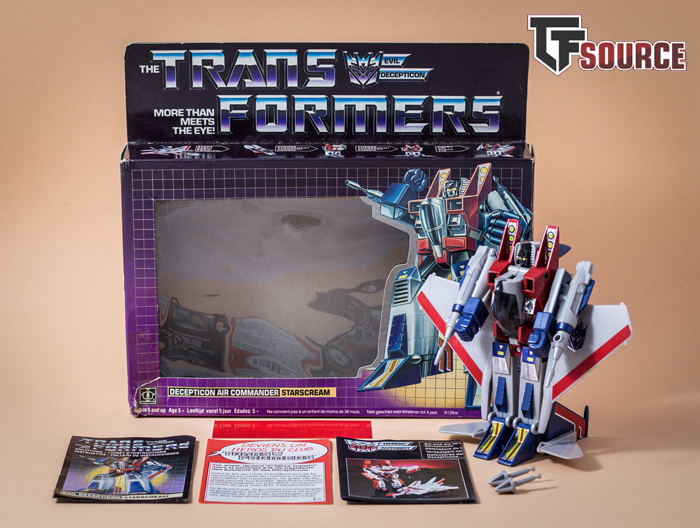 Let’s head to Europe for our final entry in this chapter of the News To Me article series! Generation 1 Transformers were released in many mainland European countries (France, Belgium, Holland, Germany etc), and Hasbro sometimes facilitated this through the use of local distributors, companies and manufacturers. You may be aware that some G1 toys came in Milton Bradley-badged (MB) packaging, a result of Hasbro acquiring MB and using brand recognition in their local territories to sell Transformers. They couldn’t release all of the available moulds in G1 in 1985, though, because some of those toys were licensed to a company called Ceji Joustra by Takara for the “Diaclone” series of toys, on shelves a year earlier and also in 1985. When Hasbro acquired the licence for those moulds (stuff like Optimus, Starscream, Tracks, Sunstreaker etc), and acquired Ceji Joustra, they were finally able to release those toys under the Transformers banner in those same mainland European countries. All of these MB toys had their packaging printed in France; they were Milton Bradley badged and Takara manufactured.

Now, they would not have had enough stock left from Ceji Joustra’s Diaclone line to adequately fill all of their boxes after that acquisition. As a result, they needed Ceji to manufacture some Transformers for them, and this gave rise to variants such as the red-footed Optimus Prime, the yellow G1 Constructicons, the blue and white Pipes-coloured Huffer known by fans as “Puffer” and the hard plastic nosed and wheeled Starscream. These toys were made in France by Ceji, they were not Takara manufactured. Even the boxes said that they were “Made and printed in France by Ceji”. However, it was only recently that I finally had a boxed Ceji Starscream specimen, complete with hard plastic nosecone and black plastic wheels. All my previous specimens had been loose. I looked for the Ceji text on the back of the box, but instead I saw that it said “Made and printed in France by Joustra”. This makes the 1986 mainland Europe release of Starscream the only known G1 Transformer to be manufactured by Joustra. Not Hasbro, not Takara, not IGA, not Ceji…but Joustra.

Formerly, Joustra had only been associated with European Diaclone packaging for Takara toys, you know, the ones with the amazing exclusive artwork. This was the first time their company name had appeared on a Transformers package, and not just for the packaging, but the actual manufacture. Sure, Ceji and Joustra were pretty much the same thing, but it still makes this Starscream a very unique specimen, as all of the other examples of European manufactured G1 Transformers that went into Hasbro packaging at the time cite “Ceji” as the manufacturer. The fact that the Starscream toy itself is pretty different also doesn’t hurt its uniqueness!

Here’s to never reaching the end of things to discover about Generation 1 Transformers! 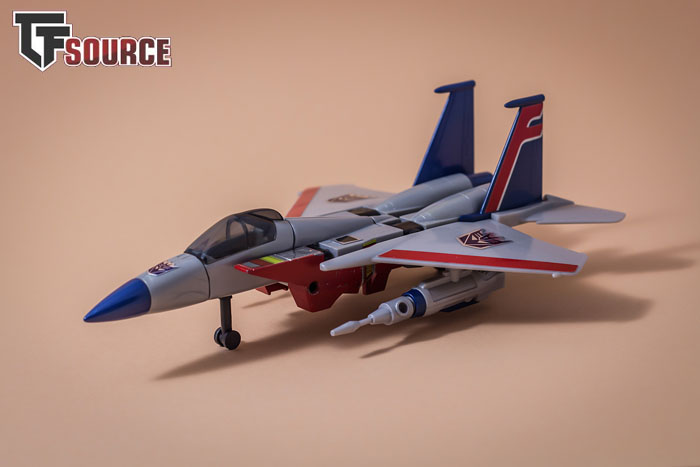 Thanks to Mike Kingcaid for the G1 Sixknight instruction image!