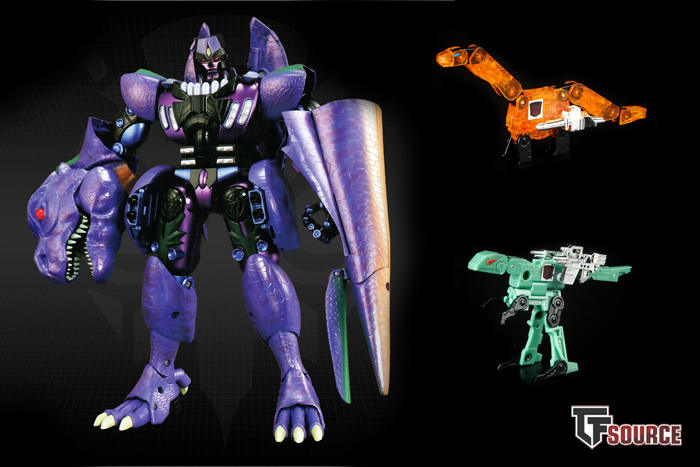 The ability to still be surprised by Hasbro and TakaraTomy when it comes to new Transformers releases is both good and bad. On the one hand, when they stray from the realms of predictability, we can broaden our horizons as fans and collectors; Good surprise. When they shock us with the price of a new item that suddenly ends up out of our expected budget, we can end up disappointed about not being able to complete a particular type of collection; Bad surprise. 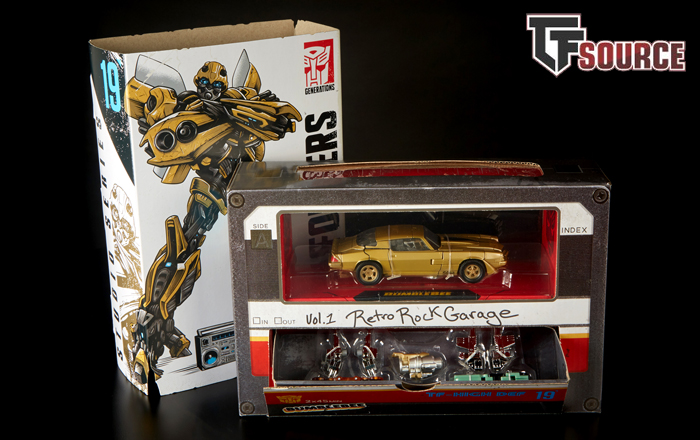 Hasbro and the San Diego Comic Con (SDCC) dished up a rather interesting good surprise very recently by revealing an intriguing exclusive Transformers toy set for the show. A gold repaint of the Studio Series Bumblebee is to be accompanied by – please make sure you’re sitting down – reissue Takara G1 Dinocassettes. It took quite a few seconds for me to digest the news and the photograph when I saw it on Twitter; we are going to get a reissue of C-123 Dial/Dairu and C-124 Saur/Zauru. These toys have always been among the most desirable and rare – not to mention excruciatingly expensive – of the Japanese G1 exclusive toys. They were bootlegged some time ago but even the boxed KOs (which are worryingly close to the originals) go for a lot of money now. This represents a terrific opportunity for collectors to add official versions of these sought-after G1 cassette moulds to their collection. 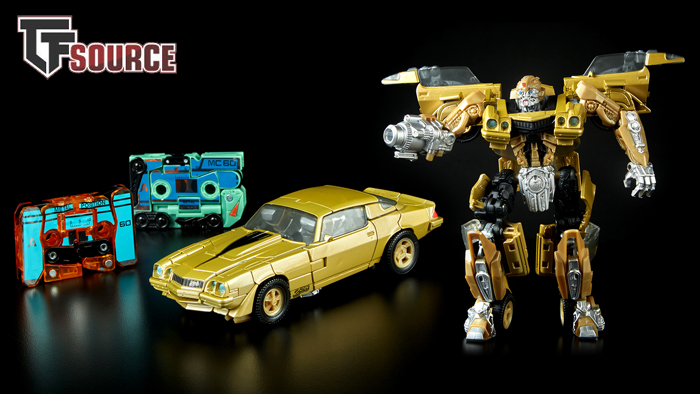 Numbered 19 in the Transformers Studio Series line, the packaging for the “Vol 1 Retro Rock Garage” resembles a cassette tape deck. However, for the G1 purists, I’m afraid there’s a bit of a twist. The cassette formerly known as Cybertron (Autobot) “Zauru” is now the Decepticon “Uruaz”. Having a Decepticon rubsign and a reversed name is not where it ends, as it appears the colours of the figure are inverted too; the cassette now being crystal orange with blue detailing as opposed to the original opaque blue plastic dino with orange sticker detailing. A slight bummer for those who would have appreciated a completely accurate set, but come on people, did we ever think Hasbro would give us reissue Dinocassettes when TakaraTomy have shown no indication that they were going to continue with reissuing exclusives like Stepper? Added to the recent Walmart reissue G1 Hot Rod with the vintage-style packaging, those of us who like G1 reissues are cautiously optimistic about where things are going. I can’t wait to see if these two cassettes are able to combine into “Legout” as the vintage ones did.

TakaraTomy’s decision to dedicate some Masterpiece bandwidth to Beast Wars was a good surprise for many, and predictably not so much for those who wanted more G1 characters to finish off their season 1 and 2 Masterpiece Autobot and Decepticon ranks. Assuming you are on board with Beast Wars MPs, Optimus Primal (Beast Convoy), Cheetor (Cheetus) and Dinobot have all impressed, the latter yet to be released. Dinobot already has a very high price point compared to previous Masterpiece Transformers, and based on MP-36 Megatron and MP-39 Sunstreaker, the assumption was that increased size and expected complexity were behind the elevated price point.

Even Dinobot’s price was rather blown out of the water, though, by the pre-order price reveal of MP Megatron from Beast Wars. Mere days before, everyone got to see the coloured sample of MP BW Megs in all its glory, and my goodness what a marvellous sight it was, but following that reveal came the online pre-orders well north of $300. Collectors in the community have rightfully noted that this represents a price point similar to 3rd party Omega Supreme-alikes and their Titan Class dimensions. Others have rightfully observed that since collectors have been happy to pay such high prices for premium 3rd party Masterpiece scale products, an official item with perceived superior quality would be perfectly justified at this price. 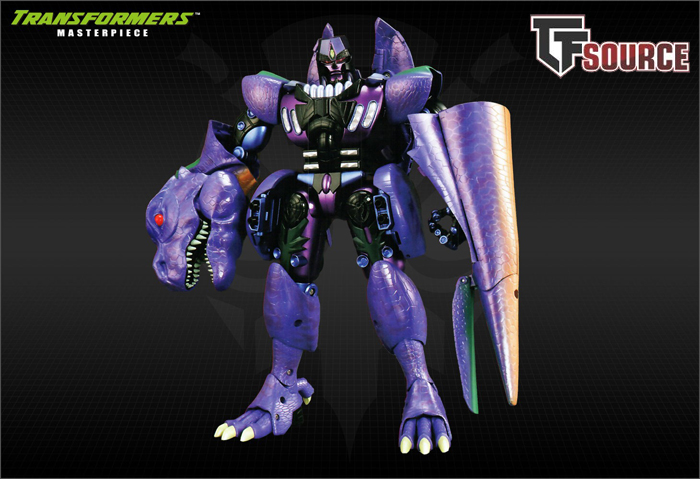 That’s been suggested as one of the main reasons for Masterpiece Transformers moving into such a high price bracket; collectors have already demonstrated their willingness to spend whatever is asked if the figure is good enough. TakaraTomy are evidently happy to take advantage of this. Masterpiece scale remains hot, screen accuracy remains important and key characters always demand a premium. MP BW Megatron ticks all of those boxes. Add to that the fact that prices – generally – rise, and the assumption that the newest Masterpiece figures have even more mind-blowing, dimension-bending technology and engineering (as well as occasionally unwelcome generous paint application) than previous releases, and we end up at the most expensive Masterpiece release so far.

This has had the effect of pricing out a number of people who are not completely Masterpiece-focused in their collecting. Others who have dedicated much of their collection space and budget to Masterpiece may well just have to bite the bullet in order to add such a seemingly magnificent and key figure to their collection. It’s a worrying trend for a line that is already causing many some anxiety with the lack of fresh Generation 1 style reveals going forward. While MP Beast Wars Megatron itself was a good surprise, one cannot say the same for the price. But let’s not forget it’s an online pre-order for now, not quite the official pricing. 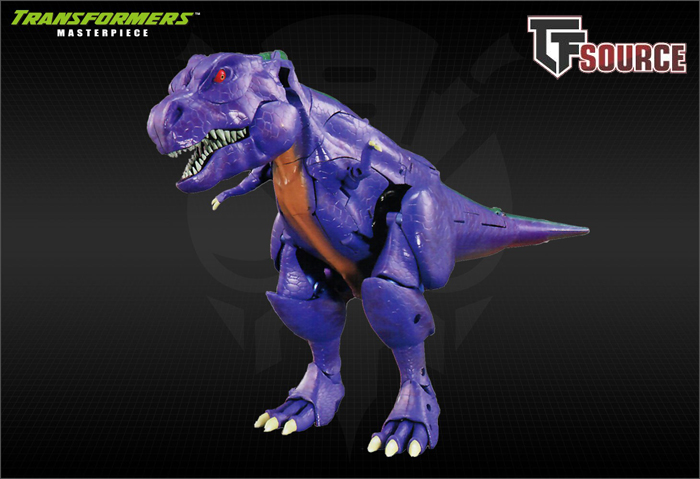 Of course, depending on your circumstances and collecting focus, you might disagree with both of the above verdicts, which is completely natural for a hobby and community as diverse as ours. There will be fans who simply will not be able to see past the fact that cassette villain Uruaz was a missed opportunity for them to get a straight up reissue of a massively tricky vintage pair of toys. Is it likely that TakaraTomy will release him in the vintage colours? If not, that missed opportunity will grate with particular collectors, the same way that the Platinum Edition Triplechangers Astrotrain and Blitzwing in mad new colours and the lack of a reissue Artfire still do.

Equally, there will be MP collectors who had reconciled themselves with the fact that Masterpiece design and accuracy were reaching new, impressive heights at the cost of affordability. There will be people who saw those MP BW Megatron prototype pictures or exhibition display samples and committed themselves to owning that figure regardless of cost. When you only buy one line of toys, it’s easier to justify an enormous outlay on a single expensive product from that line that draws comments like “Did you sell a kidney?” and “I draw the line at that one” if it’s worth it to you. I’ve been doing exactly this just recently with Generation 1 and reissues.

And that, ladies and gentlemen, is how I rationalised the ending of this article on a picture of the Takara Transformers Lucky Draw 44 Black Tracks from 2001! 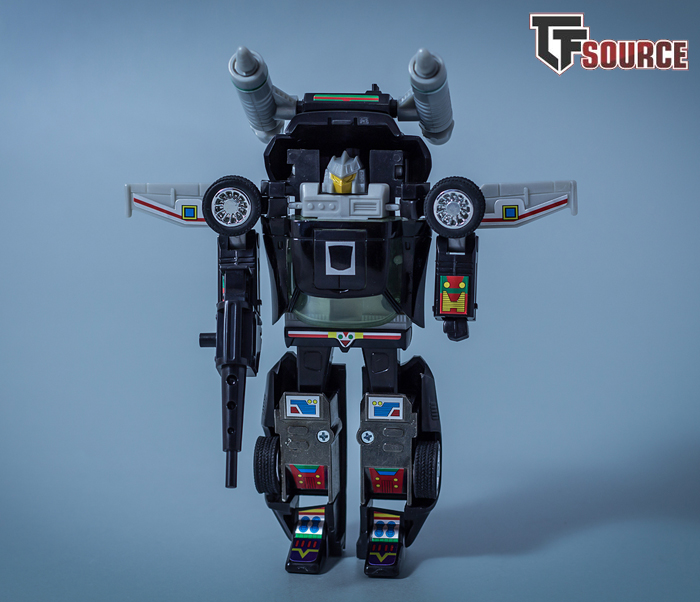