Waiting for the KO 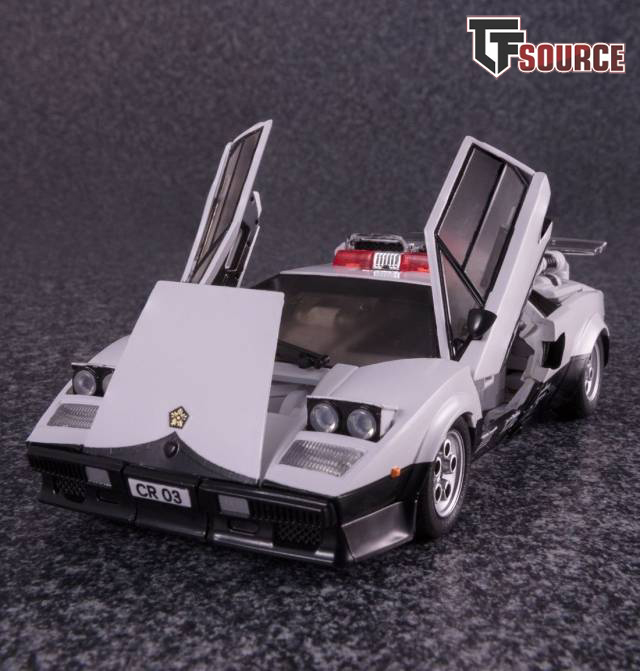 The prevalence and perception of knock-off Transformers toys within the fandom has changed significantly over the course of the last couple of decades. Whereas once upon a time they were mostly seen as cheap and often charming Transformers-like toys of varying quality that occasionally had spectacularly different features, nowadays the connotation can be one of counterfeiting and close copying of official toys. The phrase “I’ll wait for the KO” has become an oft-seen response of those who can almost rely dependably on the strategy of holding out for someone to produce a cheaper bootleg of official Masterpiece, Diaclone, Generations or even 3rd Party figures.

Generation 1 Transformers have been bootlegged for absolutely ages, but the Chinese-origin counterfeits of Autobot cars, Dinobots, minibots, cassettes, combiners and so on have now fully penetrated the market. Their presence in collections has become accepted and collectors will opt for lower quality reproductions to save money and experience desirable moulds. Since the explosion in popularity of the TakaraTomy Masterpiece Transformers line, those too have been regularly bootlegged. This week we talk a little about this scene and then focus on a specific example towards the end of the article. 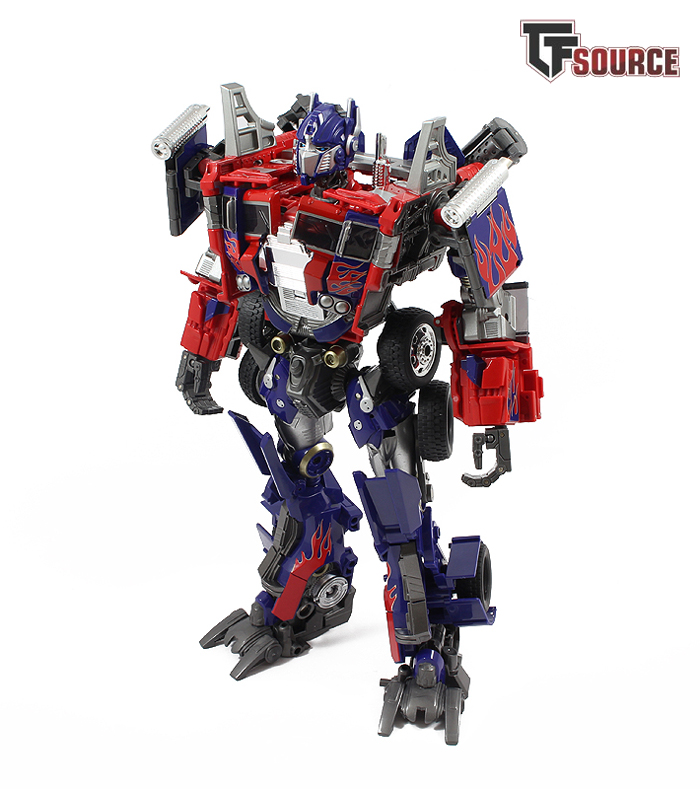 Every collector and fan has their own justified stance on supporting or opposing this practice, with some believing that it will always be to the detriment of official product and the community, while others see it as a means to take part in the collecting of special toys/moulds within a budget that they can live with. You will also find that some collectors support the official releases and also purchase the KOs, either for customisation, army-building, research and other such purposes. As with other contentious collecting topics within Transformers such as AFA/MISB collecting, it’s not as simple as black and white; there will always be people who see the whole thing differently.

It’s not uncommon to have a situation where new Transformers toys appeal to a group of collectors, but not everyone is willing to pay the asking price. This is one of those occasions where based on recent bootlegging behaviour, certain collectors feel justified in holding back and waiting for probable reproductions. However big or small, that has an effect on the sales of official product. I see this happening regularly with the Masterpiece market, in some cases those in this position even claiming that they find the bootlegs to be of better quality. I’m the first person to hold my hand up and say that a number of my official Masterpiece Transformers fell short of my quality expectations, but the MP KOs that I handled (a few cars and cassettes) were distinguishable by feel. Sometimes it’s the tolerances in the joints feeling strange, sometimes it’s the paint or sharpness of moulding. I concede that some companies like Wei Jiang who produced oversized bootlegs, have managed to produce quality stuff. They augment some of their figures with gimmicks and extra functionality to make them more appealing, so even official collectors are occasionally tempted by their products. I own the oversized MP-12 they made as well as the oversized augmented Evasion Mode Optimus Prime, AKA M-01 Commander. They’re both pretty fantastic. 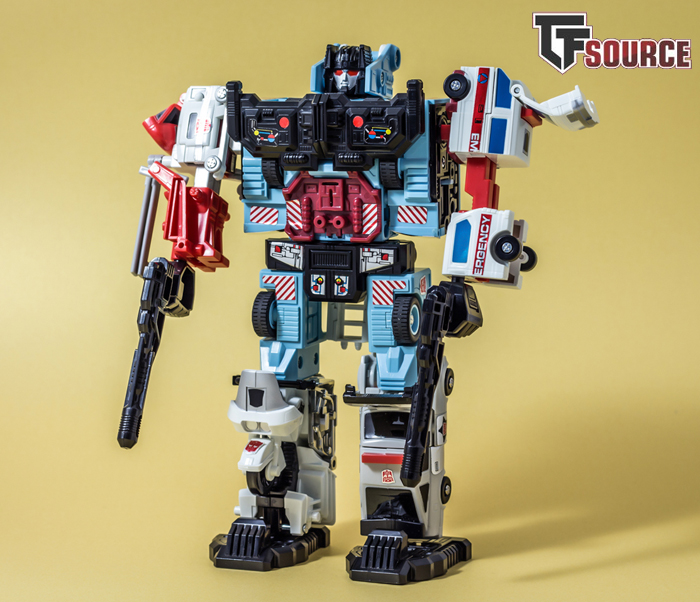 I do hold some resentment against the infiltration of counterfeit G1 Transformers into the vintage market. It has become incalculably more time consuming to find good specimens of G1 toys such as combiners, their parts, minibots etc now that there are so many characters that have been KO’d on the market. Thankfully, there are tells on many of them that will allow a perceptive collector to distinguish, but occasionally I have to refer to online guides because we now find ourselves in a situation where the bootleggers purposefully damage their packaging to make them look worn and authentic. This tells me that their intention is to fool collectors, not provide a viable alternative, and it’s this intention that I find most damaging. I see sellers on eBay and other sites selling bootlegs out of their packaging as official on a regular basis, again, to the detriment of collectors and the hobby. This duplicity is at the core of my anti-KO stance when it comes to G1. If bootlegs are purposefully made to be different and distinguishable, that’s a different deal right there.

Moving to modern figures, I’m going to use the Diaclone bootlegs as an example to make a point. Just recently companies like Mech Fans Toys have started producing KOs of official TakaraTomy Diaclone figures. These official toys have a reputation for being costly, and while I agree completely that the prices are high, I would not agree that they are unjustifiably costly. Nevertheless, we find ourselves in a position where companies have produced an alternative, cheaper and in extra varieties too. Naturally, some gravitate towards these for reasons of army-building, variant collecting and just to have more of the line at hand. Nobody understands getting familiar toys in unfamiliar colours better than me! Others find themselves going this route as the toys are more affordable and allow them to get their hands on these feats of engineering and fun. Not everyone subscribes to the philosophy that when you find yourself priced out of an aspect of the hobby, then sometimes just going without is a legitimate option as opposed to supporting a KO enterprise. Nobody likes to admit that they can’t have certain things. 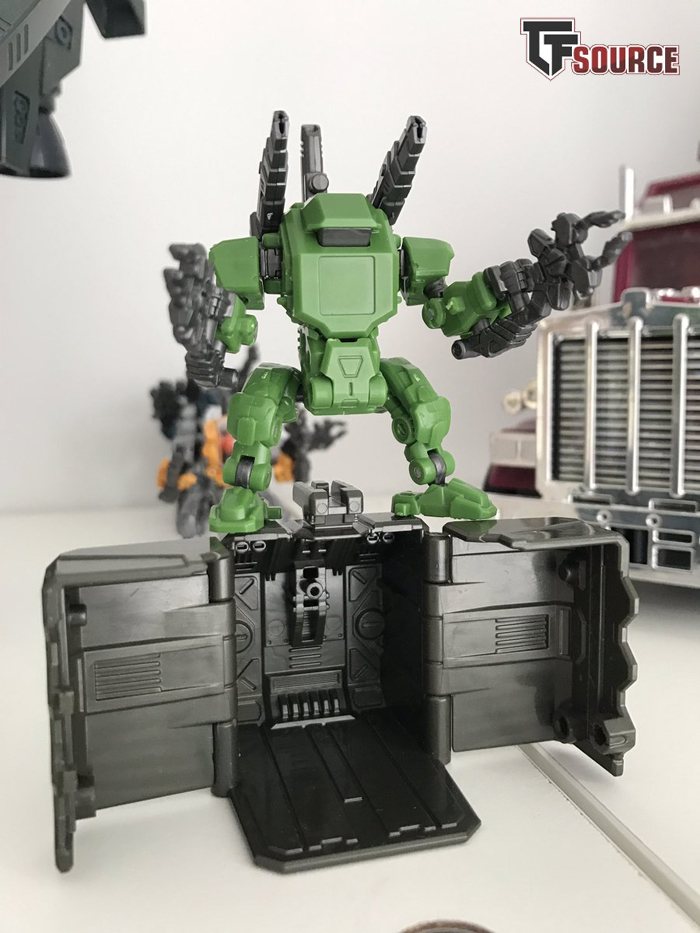 When it comes to Diaclone KOs, I have a more specific issue with one of the emerging trends; collectors who have been priced out of Diaclone buying the KOs to experience the moulds. I find myself concerned at how regularly I hear from people that – for example – the MFT Powered System Suits and products are every bit as good as the TakaraTomy product levels of quality. I own TakaraTomy Diaclone Powered Suits, and I own an MFT Powered Suit. The two products are immediately distinguishable across both appearance and feel, and you don’t need a microscope to identify those differences.

So, while the above green MFT Type D suit is pretty and comes with more accessories than the official Type D, you can immediately can tell the difference in feel and looks, especially in the definition of accessory moulding. I believe it would be a shame for people’s first experience of the Diaclone line to be this, as it doesn’t properly represent the quality the official product has. KOs rarely do, of course. It’s not always just about experiencing a mould or a concept; sometimes the feel of the joints, the plastic that something is made of and the confidence it inspires for play are significant factors too. The lack of a clear panel for the face on the MFT suit is another example of this; it’s a thin strip, but it’s the little details on the official version like being able to see the Dia-naut inside that add to the overall impressive experience TakaraTomy provided with these suits. That’s where the justification of the price difference lies, in my own opinion, anyway. 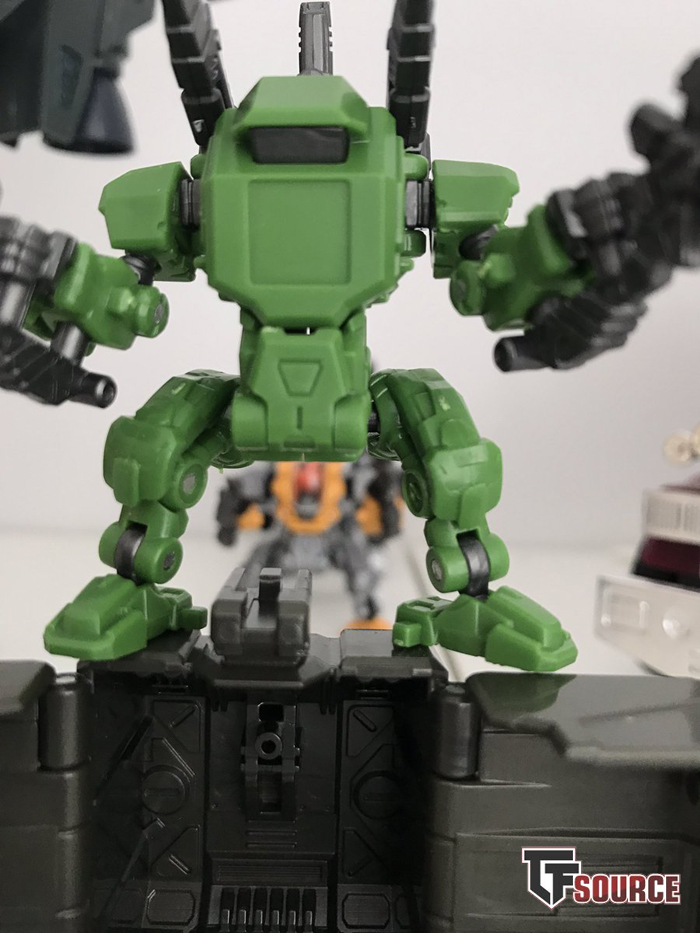 I understand the idea that sometimes a cheaper release can allow people to experience the mould, but in order to sometimes justify the price and concept behind a toy, I think it takes more than just knowing the shapes and seeing what the original does in a lower quality reproduction. The experience of the mould does not always come from just exploring the engineering, but also the feel of the materials and how they interact when you manipulate the figure with its intended construction, plus the sound and feel of the joints as well as the strength each part exhibits, and what that allows you to do etc.

Last but not least, the aesthetics of each part and the cleanliness of the moulding, plus all of the above, add up incrementally to the ‘experience’ of the mould, or at least that’s the way I feel. I worry about how many people are happy to proclaim that it is near-indistinguishable from the TakaraTomy product – mainly because when collectors handle a Diaclone item for the first time, all of the above adds to that indescribable and sometimes overwhelming feeling that they have just gotten something truly wonderful in hand. I don’t believe KO products always translate that magic to someone, and in this particular case, I wouldn’t want it to be their first experience of Diaclone. I genuinely think they’d be missing out. 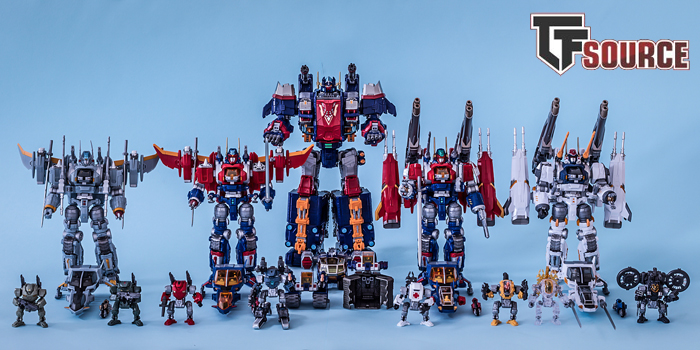 It is important for me to express how much this is not me preaching at people to adjust their behaviour, or that all KOs are bad (I’ve already mentioned that I own some!), but more that hyperbole and expectation mismanagement can alter perception and become the spoken norm, so we should be mindful when using this to make a decision about our collecting. In my experience – which you could call limited when compared to seasoned bootleg collectors – modern KO toys that are direct copies of official specimens at lower price points do not measure up or surpass the experience of the originals, and so it isn’t fair to pass judgement on the original in entirety based on experiences formed solely from handling the KOs. If I had never handled an official Diaclone Powered Suit toy, and only handled a KO Powered Suit for £15, you’re damn right I would say “There’s no way I’m paying £30 for this thing just to have it be official”, but that’s because I would not have gotten the full picture of what that official figure offered me in comparison.

Once more, the above is just an example based on a single product and its most recent KO. But based just on this aforementioned example, I won’t be waiting for the KO of a Diaclone product in order to have it cheaper. I’d rather go without until a time where I can afford the real thing, because that’s the collecting experience that I’m personally after. And at the end of the day, what else is the choice to go KO or official other than an entirely personal one based on our circumstances, principles and preferences on a case by case basis?

Waiting for the KO