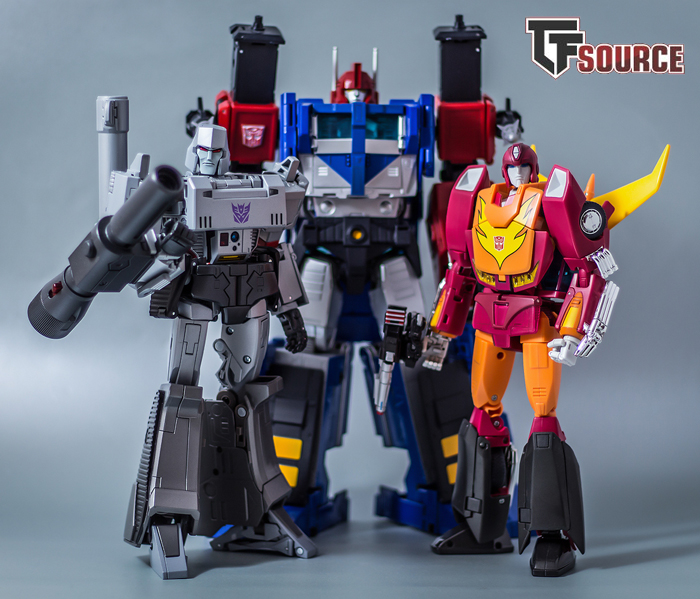 If you follow this blog regularly, you’ll know that I started to sell my TakaraTomy Masterpiece Transformers collection recently, and have not stopped. It started with some outliers I felt I could live without – things like Starsaber, Soundblaster and Black Convoy – but soon afterwards I cut deeper and released what many would consider core characters. I sold the Decepticon jets at the same time as I liquidated my 3rd Party Masterpiece-scale collection, even bidding goodbye to the excellent MakeToys Re:Master figures. But why? 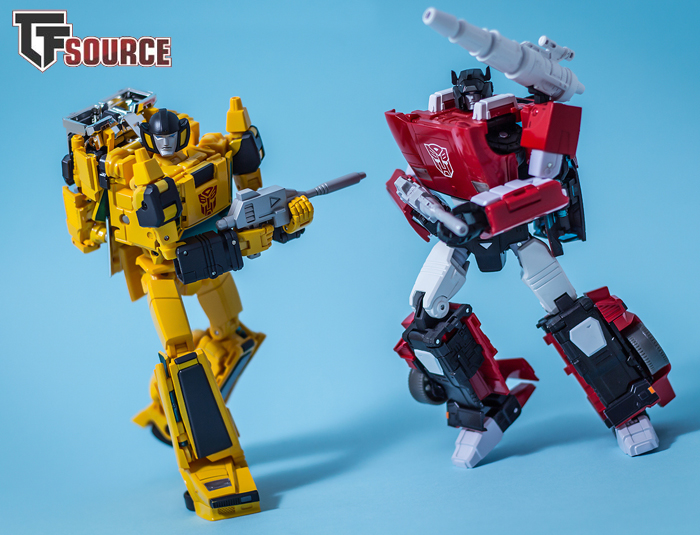 Many have not been able to understand why I’d sell Masterpiece figures, especially as they’re widely considered to be the pinnacle of Transformers engineering and show-accurate design – although that is not for everyone. It was for me, though, hence the surprise and questions. A couple of weeks ago I wrote an article about why people suddenly decide to let go of large parts of their collection, so there were some clues in there. 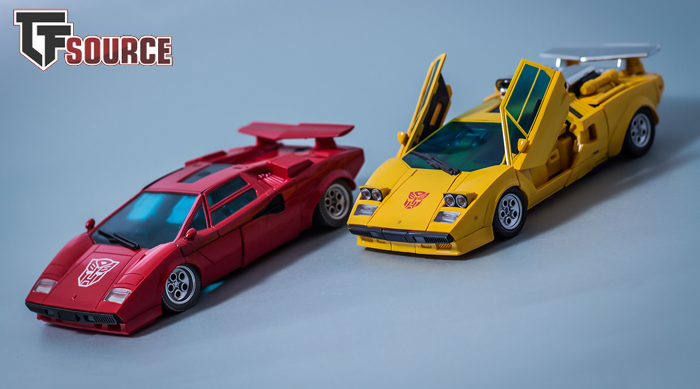 Last year, I disposed of a majority of my Masterpiece Transformers packaging (and all 3P packaging) as they were taking up enormous amounts of space in my home and storage. It was the right thing to do in many respects as it gave us a lot of space back for normal things, and made me feel less of a hoarder. This kind of thing can have a positive overall effect on home life, and that should always be striven for. At some point between then and now I became quite disillusioned with 3P companies, reviewing figures, community responses to my involvement in that scene and the scene itself generally. This led to me eventually looking to dissociate myself from negative influences, things that were costing me a great deal of time and money for little return, while at the same time creating unnecessary drama for my hobby. It was a short step to selling the toys that reminded me of this scene. This was aided by a realisation that when we moved to our new home, many of them would never see display and would once again swallow up storage space – whereas before they were displayed in a bigger area. 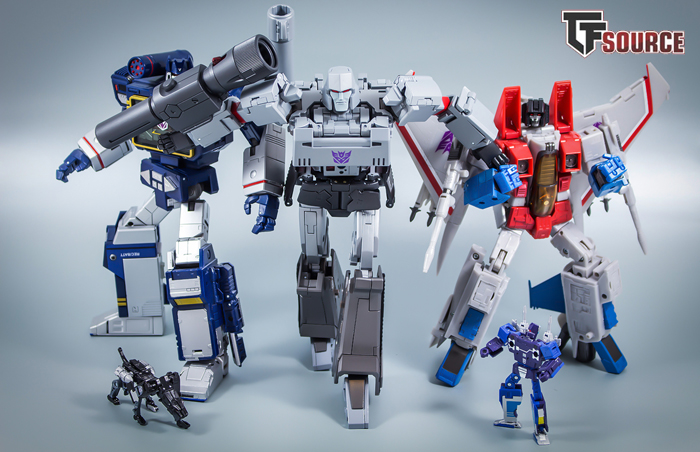 Realising that I could live without the ‘complete’ cast of any year, show or sub-line in Masterpiece form was refreshing. I was still getting a lot of enjoyment – more in fact – out of Generations style Transformers and Generation 1 Transformers. It opened the door to a belief that it was very possible to be a modern Transformers fan and collector – even G1-focused – and not collect or have all Masterpiece figures, despite the fanfare that each one received (and often deserved). I’ve always been the kind of collector who will sell something to see if he can live without it, then correct it later if wrong. 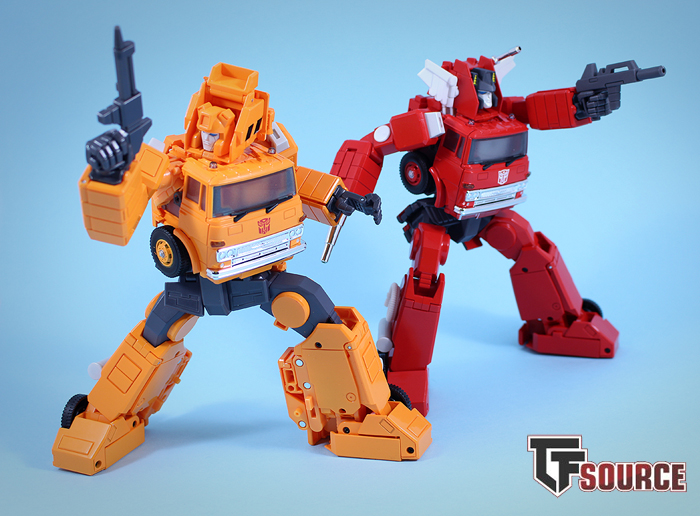 Another thing that really started to affect my long term enjoyment of Masterpiece was just how disappointed I was by the state of some of them after a little handling. MP-28 Hot Rodimus, MP-30 Ratchet, MP-35 Grapple, MP-36 Megatron and MP-39 Sunstreaker were all progressively more impressive figures, and yet all showed significant signs of use and wear after a very short time. Chrome, paint and even plastic started to suffer. Grapple was a figure I was anticipating greatly since Inferno was so good, and Grapple was always my favourite incarnation of that mould base. Sunstreaker, of course, was a massive deal. My Grapple had paint wear in so many spots by the time I was done with him that I just couldn’t bring myself to handle it any more, and Sunstreaker broke after a day or two.

I was all prepared to hand Sunstreaker toy of the year – nay – toy of the decade. It’s an engineering marvel and one of the most attractive figures I’ve ever bought, but the breakage and the paint wear – not to mention the bizarre unpainted chest half on mine – truly took the shine off it for me. I fell deeply in love and was ripped out of that reverie all too early. When I sold Grapple and Sunstreaker just recently, I inspected the contents to be sure the buyer was getting everything as promised, and I was struck by how gorgeous those two figures were and how much they appealed to me. Immediately, though, I was reminded of the heartbreak both of them inflicted on me too. Then, on purchasing and handling the MP Cassette Vs set, and comparing Wingthing to Ratbat for example, I was struck by the difference in flush moulding and noticeable dip in quality. Although others have said they have not had any such issues, my luck with Grapple, Sunstreaker and now this set all started to make me question the amount of money I was spending on this line. These things definitely made it easier for me to bid farewell to my Masterpiece collection. 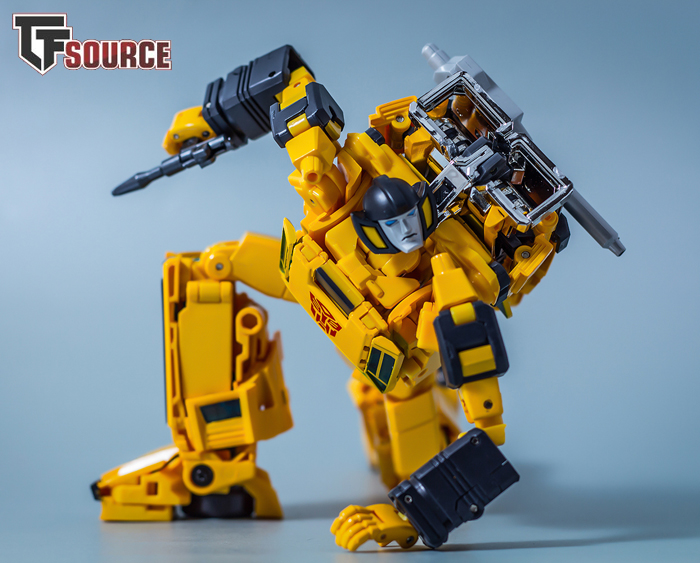 I must admit that dissociating myself from certain elements in the Masterpiece fan base also held appeal. On the whole, MP collectors have been lovely, enthusiastic and appreciative fans, but occasionally – I guess as with any subsection of collectors – the vicious, myopic and close-minded types made their voices heard, and it was not a pleasant experience. I also didn’t like the look of where my interactions with some MP collectors were going when I started to highlight faults with the figures. I got the feeling I should be nothing but highly complimentary, lest it trigger a wave of community-wide negativity that sees the line discontinued. I mean, really. At the same time, it was difficult to listen to people piggy-back onto my criticism of certain faults, using it to decry the whole MP effort as bullshit and an over-priced has-been of a toy line. Neither stance is correct, there’s room for appreciation and facts. 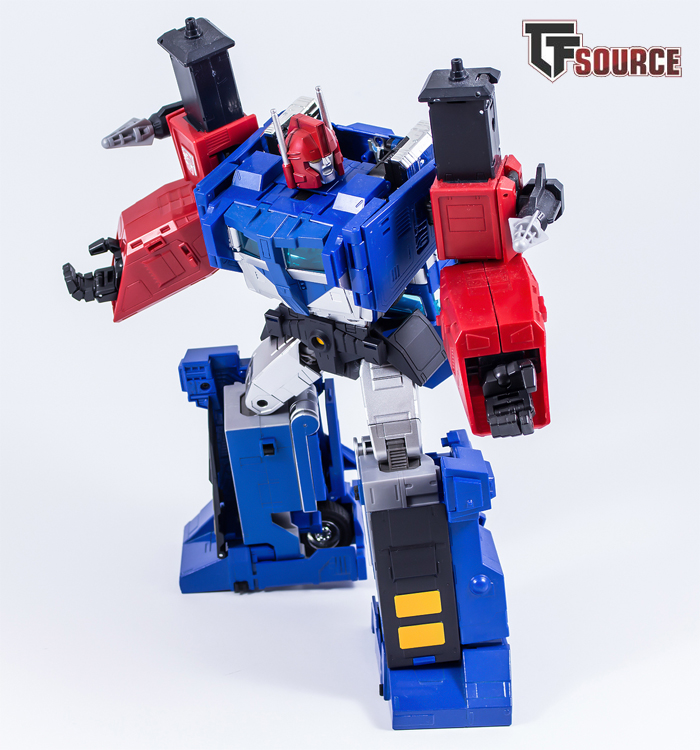 The main catalyst, though, was an auction for a vintage Diaclone I had been waiting for years to find and buy, and the condition was immaculate. Frustratingly, the competition for it was intense, and despite my putting my entire Titans Return, TakaraTomy Legends and TakaraTomy Masterpiece collections up for sale to fund the purchase – and raising an insane amount of cash within 10 days – I was not able to win the item. There comes a point, even with holy grails, where you just know that you’ll regret paying above a certain, unjustifiable amount regardless of whether the money is in hand or not. However, once the item had been lost and it was gone again for a decade or however long it will be, I continued to sell the MPs and Generations. I’ve decided to keep MP-9 Rodimus Convoy, MP-31 Delta Magnus and MP-36 Megatron because, frankly, they still absolutely knock me out. I may sell them in future, but for now I haven’t been able to show them the door quite as I have with the rest of the line. 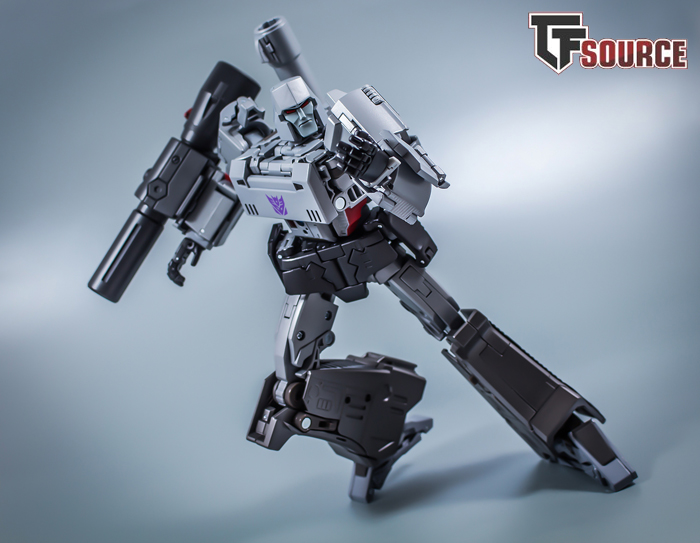 I guess another thing that was preying on my mind was the likelihood of the Masterpiece line being rebooted again. A 3rd iteration of Convoy/Optimus, another round of Decepticon jets, updated early Masterpiece cars, Dinobots etc…this wasn’t something I wanted to live through. When I sold my MP-11 Coronation Starscream because I preferred MakeToys Meteor, I realised the second hand value of these MPs is not at its peak right now. The ones without boxes were a true struggle to sell, and the ones with boxes sold fast, but every single one still represented a loss. This is normal for modern toys, of course, but I wouldn’t have wanted to do this in the face of a full Masterpiece reboot. This may never happen, of course, but just the prospect of it was enough to help me along my way. 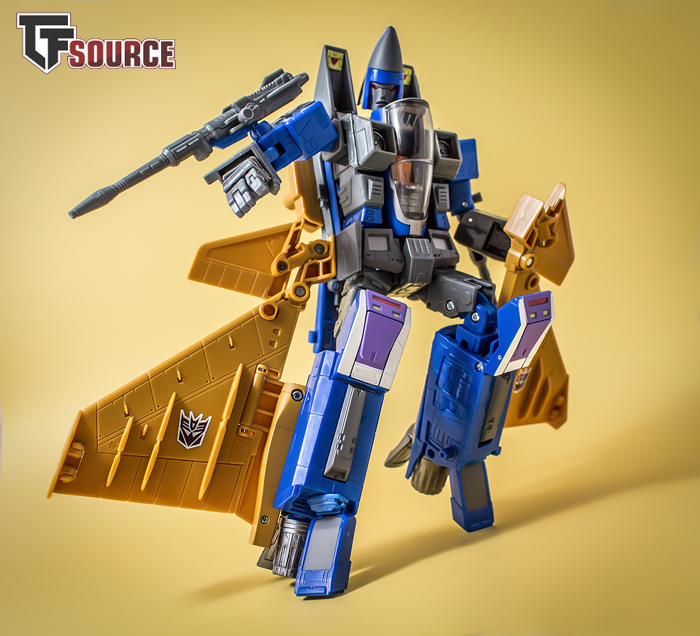 I’m not entirely sure how much the relative silence from TakaraTomy on future Masterpiece toys affected my decision. A slow-down in purchases certainly didn’t bother me, in fact it was great for my finances. MP Movie Ironhide, MP Beast Wars Dinobot and Shadow Panther look ace, but I decided early to not indulge in non-G1 Masterpiece figures. There no longer seems to be any appetite from TT to continue with Diaclone-themed Autobot car repaints either, and a well-timed Black Ironhide, Deep Cover or Police Sunstreaker reveal may have drawn me back in. As it stands, MP-17+ Prowl seems ever-so-slightly cynical to me and just does not excite me at all. While the lack of upcoming releases may not have been a deciding factor, it certainly didn’t do anything to reverse my compulsion. 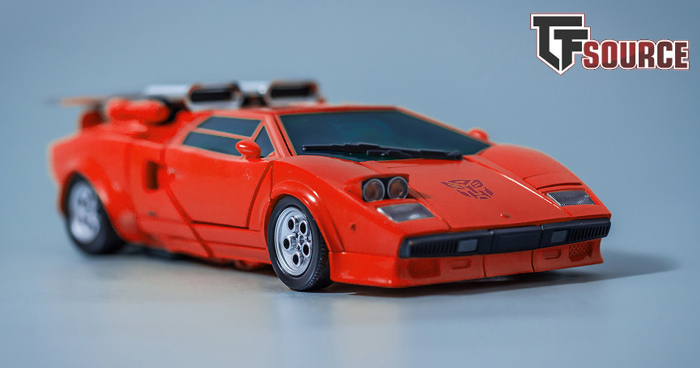 I must admit to feeling a bit disconnected now from many of my fellow collectors who still enjoy Masterpiece Transformers. I certainly haven’t lost my love for the toys I owned, they’re still spectacular figures and I enjoy looking at them in others’ collections. I think should TakTom do a spectacular Mirage, Jazz or Cyclonus in future, I could be tempted to buy them for the sake of having a few exceptional one-offs instead of a full blown collection. But for now, yeah it’s equal parts relief at no longer needing to keep up, being able to focus on vintage/reissue G1 and Diaclone, but also realising that my days of doing elaborate cityscape photos, making use of toys’ modern articulation to achieve great pictures and dioramas, are over.

I am certainly not advocating that other collectors follow my lead, why should they? A majority of MP collectors are thrilled with their collection, it’s their main focus and they can give the figures the appreciation and display space they deserve. Ultimately my interests wandered into different corners that were more representative of my roots in this hobby. I could not have possibly sustained an up-to-date interest and collection covering all of my passions, so I had to streamline again. Others do not find themselves in this position, so why should they sell? I may come to regret the sale of my Masterpiece collection, but for me currently, it’s much better to raise more money for things I want more, create more storage space for everyday life and comfort, as well as knowing for sure if I can do without them. Modern toys can be repurchased without difficulty, and I feel it’s worth the potential cost down the road to know for sure what I truly want my collection to look like. Ultimately, each of us have our own way of doing this collecting thing, and as much as I’d like to have every Transformer I’ve ever owned at hand for photos, for play, for reference, there’s a psychological peace for me in having just 1 or 2 lines, a narrow focus and not a lot of toys in storage at all. It is for those reasons that I’ve decided to say goodbye to Masterpiece for now. 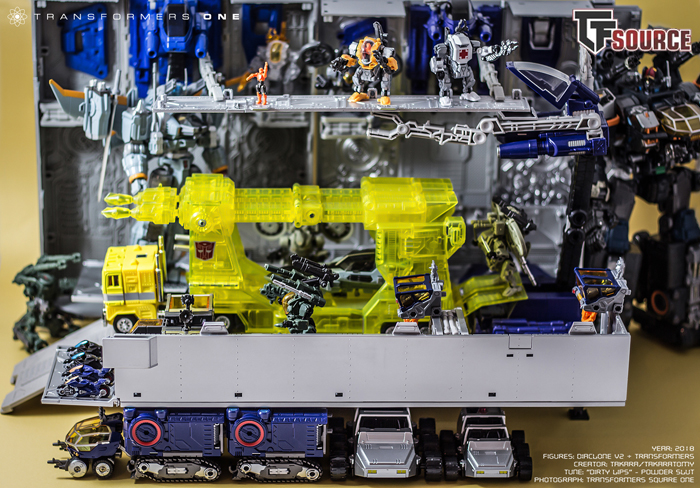