I’ve been trying to steer away from buying modern Transformers recently, and the reasons for that are manifold. For a start, toys like Masterpiece are expensive enough if you just want to get the unique moulds, let alone the repaints. Something like the Cassettebots versus Cassettrons set and MP-40 Targetmaster Hot Rodimus really take some justifying now. Space is an issue, too, so the purchasing of wave after wave of Power Of The Primes and TakaraTomy Transformers Legends are hard to reconcile, especially as there’s no room to display them and figures basically go straight into storage after some initial play and photography. 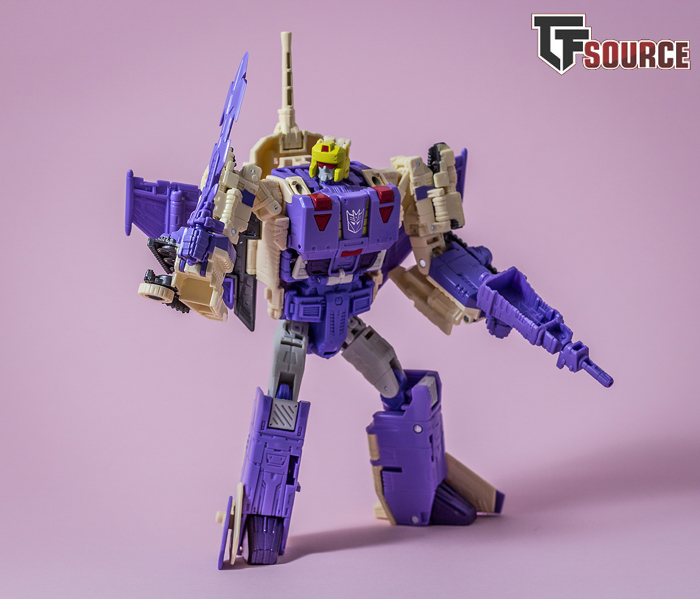 3rd Party figures are not getting any cheaper or less plentiful either, so cost and space issues mount up quickly. If you’re someone who wants to sample it all, you’ll find yourself short of time to appreciate everything that’s coming out, too. It’s not been hard for me to turn my attention back in time and buy older toys that I used to collect in a bygone era. I’m not really reviewing 3P figures any more, so that helps me disconnect from the mentality of having to keep up with new releases, too. Limiting what gets displayed, selling off toys that aren’t displayed, it all aids the mental and physical disconnect from new Transformers. 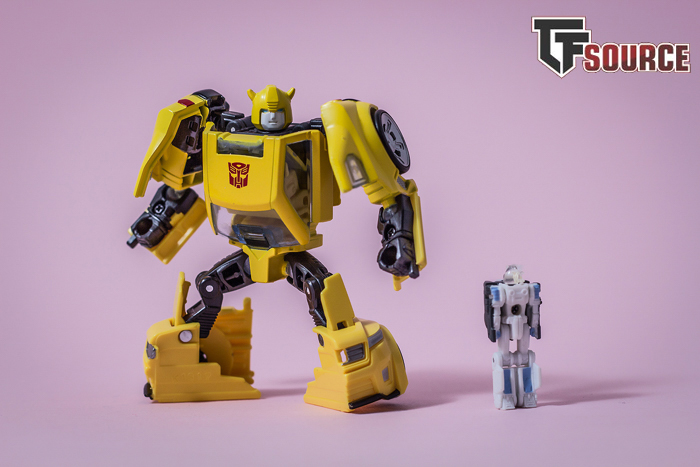 With all of those reasons at hand, the saving of money and space has never been a more attractive proposition. Not stressing over getting things into a review early is also quite a nice change of pace, as is the avoidance of pre-orders and the mad scramble to source new and elusive exclusives from TakaraTomy’s Legends and Diaclone lines. Why, then, am I finding it so hard to actually stop buying new product? When you’re faced with tub after tub of Titans Return and Legends duplicates taking up valuable storage and living space, the abandonment of completism may initially be difficult but it is utterly necessary. 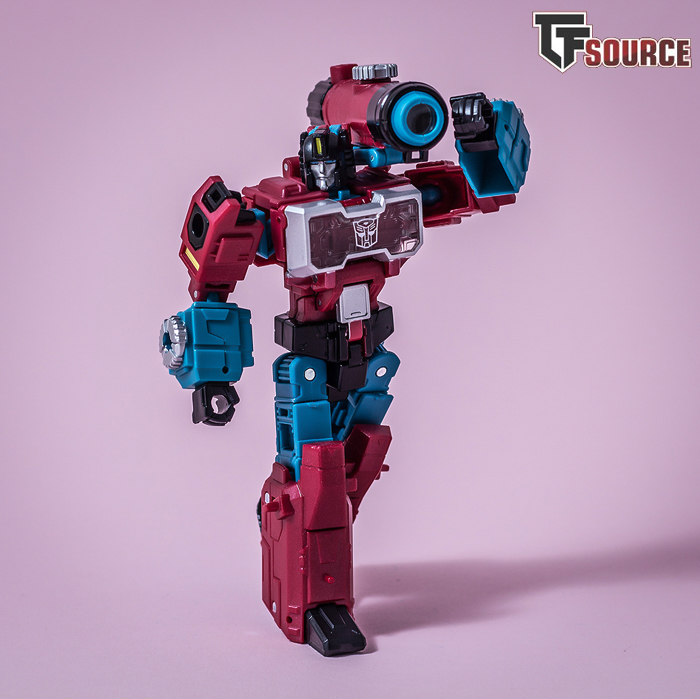 I have begun this process to some degree, deciding against ownership of the TakaraTomy Transformers Legends God Ginrai giftset (toy not good enough and extra Headmasters not worth it), Legends Overlord (don’t want to spend so much on a new leader class toy for it to live in storage) and Legends Autobot Clones (prefer Hasbro colours on this occasion and don’t need four Autobot Clones). There are now – embarrassingly – enough issues with my MP-39 Sunstreaker to write a new article and simultaneously cast considerable levels of comedy over my recent piece about him being toy of 2018 already. Despite all of the above, I came home from London recently with TakaraTomy Transformers Legends Octane, Blitzwing, Perceptor, Bumblebee and Slugslinger, as well as Hasbro Transformers Power Of The Primes Battleslash and Roadtrap. Why?

Simple. They’re just too damn good to miss. The degree to which Legends Blitzwing improves upon the look and tolerances of Hasbro TR Blitzwing is hard to miss even on first handling. Both Blitzwing and Octane, thanks to marvellous paint jobs, fulfil every ounce of potential these Voyager-class Triplechanger moulds had. The fact that Blitzwing comes with a silver and black repaint of Shuffler and Octane has a clear Ghost Starscream head just adds to their brilliance. Bumblebee and Slugslinger are gorgeously presented too, the latter completing my trio of Deceptiocn Targetmasters…with actual Targetmasters. Perceptor does not offer any great level of excitement, but it’s his repainted Ramhorn partner that sold him to me. These are spectacularly pretty toys and tremendous fun to play with, with Octane, Blitzwing and Bumblebee looking significantly nicer than the Titans return versions. 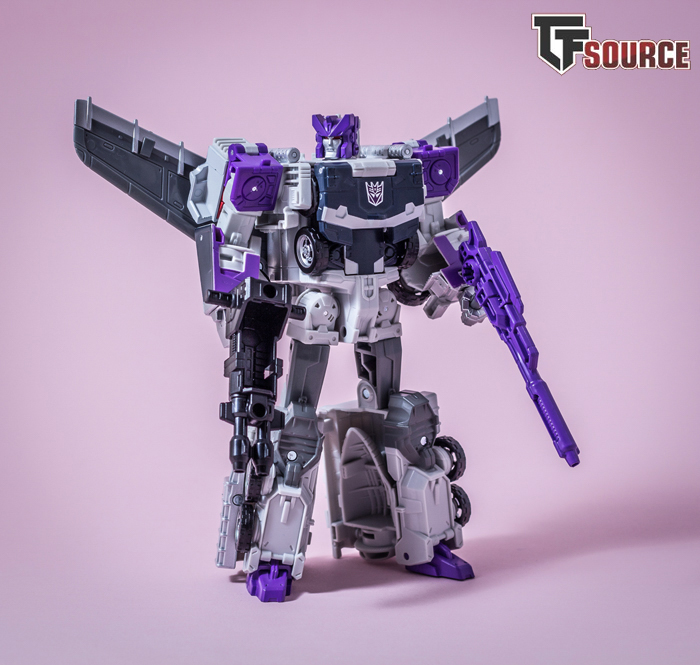 Power Of The Primes was a line that promised very little excitement for me, a lovely stepping off point after my rampant collecting of absolutely all things Titans Return. Then came the divine little Prime Masters that combined the concepts of Target, Head and Powermasters with that of Pretenders. The perfect mixtape? Damn close if not. Then we had, completely out of nowhere, the Legends class Battleslash and Roadtrap who combine to form the Duocon Battletrap. One of G1’s least impressive figures gets a total facelift and, while staying tremendously faithful in some areas, results in one of the best Legends class figures for years. Battletrap is posable, full of excellent moulds and a joy to play with. All it needed to be absolutely perfect was a way to connect the vehicles together, but it sure accomplishes enough already. Just look at those headsculpts, Hasbro and TakaraTomy just showboating now. 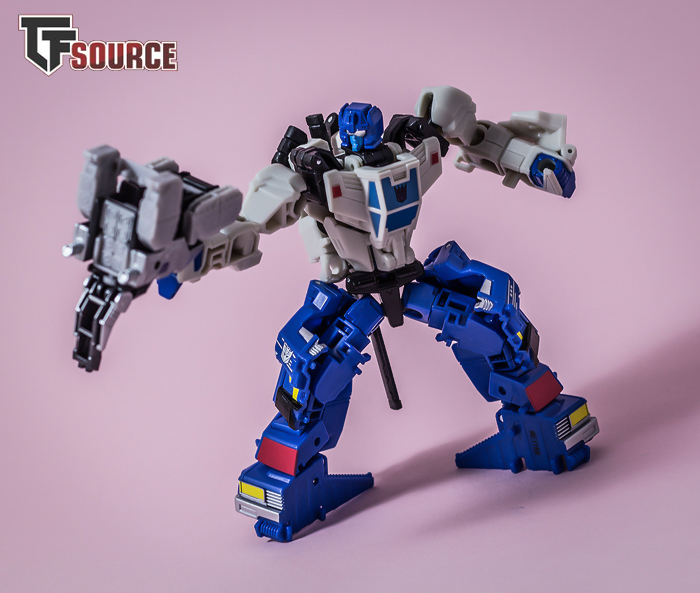 Collecting the Transformers I used to, before I got into Animated, Bayverse, Generations, 3rd Party and Masterpiece, was never a cheap activity. It’s even more expensive now than before, made doubly difficult by the distraction of ever-improving mainline Transformers. Masterpiece’s effect on me is waning with every release, no matter how spectacular Megatron and Sunstreaker have been – because for every new milestone there’s another expensive repaint to follow on, with no Diaclone-themed ones in sight. Were it not for the pre-Transformers themed Enemy cassette, I would not have bought the Cassette Vs set. Legends and PotP, though, are exercising their strength over my resolve with profound success. I’m all signed up for the remaining Prime Masters and a Flywheels from PotP, as well as the Legends Autobot Targetmasters packaged with Topspin, Twin Twist and Windblade. Let’s not forget Grand Maximus and Greatshot, either, so for the time being it seems I’m still going to be getting the new toys.

If they’re going to carry on being this good, you won’t hear me complaining. 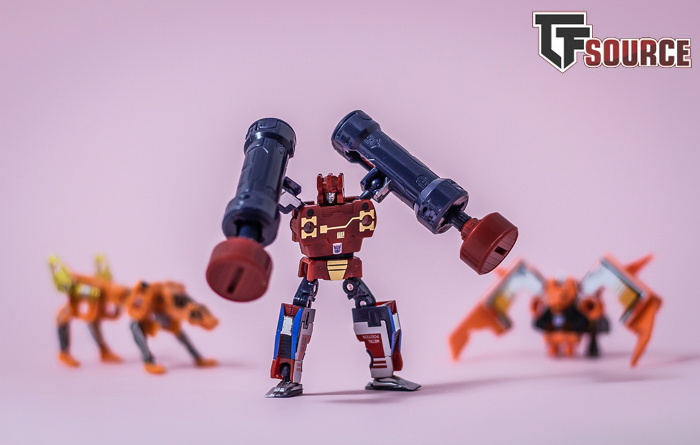