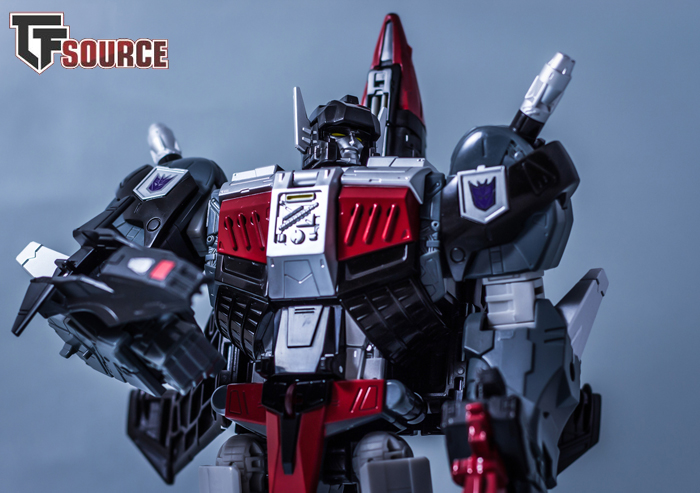 A lot can happen in one week for those as deeply into the Transformers collecting hobby as I am. I may have titled the article “Filler”, but that’s not entirely in reference to me not writing about the more common blog subjects you see here; 3rd party reviews, Masterpiece reviews or speculation, observing collector behaviour, some vintage discovery etc. The title also refers to how everything I am going to write about in this article has managed to happen in the space of a single week, showing very clearly that if you let it, various Transformers-related activities can fill up your time ably, even occasionally take over. Hobby, my ass, this often borders on lifestyle.

One of the main things I spent time on this week was constructing a perfect TakaraTomy Masterpiece MP-9B Black Rodimus Convoy from two broken ones I’ve had in possession for over 6 months now. I bought one MP-9B robot with a broken kneecap casing (not the more common exploded knee joint that this figure is famous for), and later on bought a boxed one that had a repaired knee but a broken backpack. I was also given an extra trailer which was originally from the MP-9B robot used to create my MP Frost Rod custom. I’d been meaning to do this for months and finally found the time. Having managed to put together one with no issues (apart from chrome wear), the leftover Black Rodimus couldn’t do robot mode, but he was still able to rock both vehicle modes, and what a gorgeous toy this is. A sentiment that was shared by most that commented on this pic, followed immediately by the lamenting of its fragile nature. One of the best looking Masterpiece figures we’ve ever had, and easily one of the most feared when it comes to expense and fragility. I’m almost tempted to keep the extra just so I don’t have to put the good one through too many transformations. 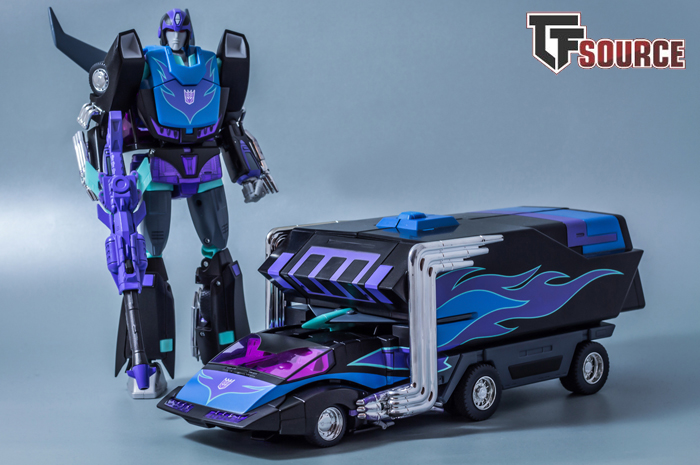 Another thing that took up a fair wedge of time this week was being part of an organised group purchase from an online retailer. The shop happened to have things that a lot of my friends and I were after at this particular moment in time. With it being overseas (from a UK and Icelandic perspective) and international shipping rising on all fronts – not to mention customs concerns – it made sense to organise a collective purchase from the retailer. There was a fair amount of time involved in ‘dibbing’ particular toys and making sure the guy who would do the buying had it all up to date throughout the week. Having organised that successfully and paid up our individual purchase and shipping segments, we’ve already started work on a second raid. Dangerous habit! 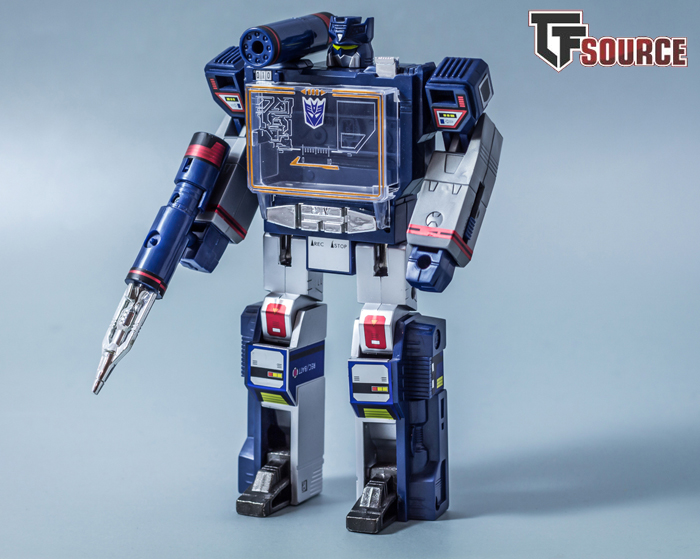 I have been continuing my quest to sell as many of the toys from my collection that I can which I know will no longer be displayed in our new home. This has included a large amount of 3rd party products, my Combiner Wars Bruticus, the leftover MP-9B mentioned above and more. Regarding 3P, I am down to just a handful of MakeToys figures (Meteor, Galaxy, Contactshot, Cupola, Ironwill, Utopia), Sphinx, Grandus Hexatron, Gun Fighter II, Fansproject’s Function X Headmasters (permanent at-work display toys), Wei Jiang Commander…and I think that’s it! Even Stomp, Sever and Phoenix parted ways with my collection this week, leaving no FT figures to call my own. The packing, selling and advertising of these toys is immensely time-consuming. I’ve been trying to keep it in the public eye often, so as to make sure I get them shifted as soon as I can. I often feel my collection is now once again hyper-focused, then I remember the three tubs of TF Legends and Titans Return in the storage room, as well as the Diaclone V2 cupboard. 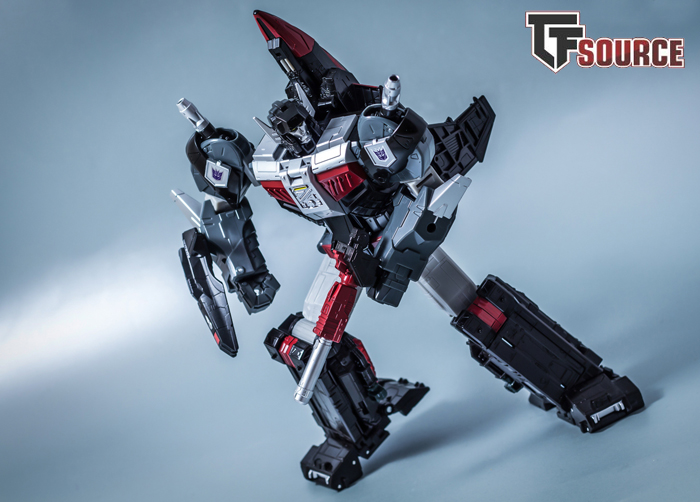 Doing the odd photoshoot is an evening’s commitment as well, but I have been so glad to finally get Titans Return Sky Shadow back in front of the camera to shoot him again now that I have improved the way I do pictures. The odd Generation 1 reissue and Masterpiece MP-9B also got photo time. Sky Shadow is starting to show up in discount stores in the UK and I generally just feel more collectors are getting hold of him now compared to early 2017, when I bought him on release from import sellers. I’ve also been talking to a couple of collectors who only now are exploring the wonders of Titans Return and the TakaraTomy Legends equivalents, so the subject of best figures inevitably comes up. Sky Shadow is extremely high on my list for TR/LG, and I feel as though I’ve had a number of conversations about him.

On a related note, how ironic that so many of my articles have spoken about my difficulty collecting the way I used to, and yet I had to pick up TR Shuffler and Ramhorn for friends here in Reykjavik from the Nexus collectors’ store (imported from the US). That occurred this week, too. 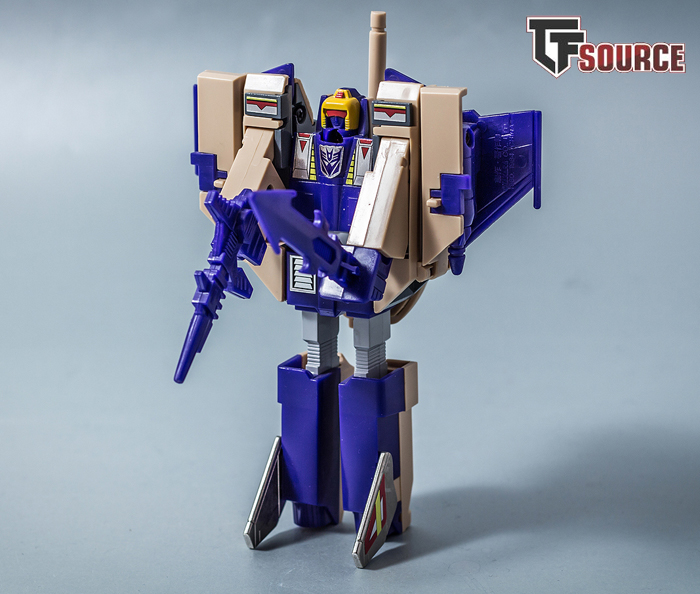 One more thing happened this week related to the hobby, and it was significant. TFNation tickets and hotel rooms went on sale on Saturday and the rush to book was hilarious. Tickets won’t sell out for the weekend straight away, but attendees are of course keen to get access to the discount code and book one of a limited number of hotel rooms at the venue. I managed to secure my booking at noon on Saturday, because like many others, I waited there refreshing the screen until they went live and waded through the mega-slow process, thanks to the great load placed on the system by hordes of eager TFNers. Job done, and now the countdown begins to the Transformers social event of the year. 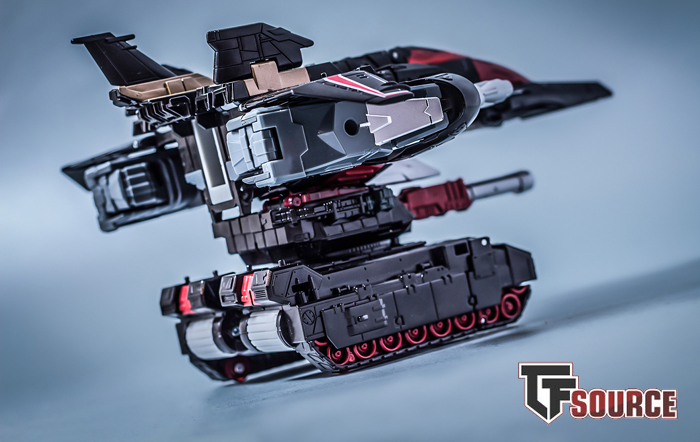