Not too long ago, Keith’s Fantasy Club (KFC) entered the Triple-Changer arena with Ditka. Just like many of their figures, Ditka divided the 3rd Party fandom. Some were fans, some were detractors and a good number are still waiting for a better version of the character to come along. Now KFC brings us another member of the Triple-Changing Trio in the form of Stratotanker (finally a name that directly makes sense!). While Stratotanker is arguably the lesser known of the trio, his G1 figure was one of my favourite and I am eager to take a shot at him.

KFC have been improving their build quality with their recent figures and it is good to know that Stratotanker continues on this path. There are minimum paint applications on the figure, which might be a good thing, seeing the number of parts which have to be moved around during transformation. On that note, the plastics used are able to withstand the rigours of transformation although caution should still be exercised as some of the joints are pretty small. Anyway, more on this later.

Some of the parts require very precise alignment before they tab together, so patience is required. One example is the backpack portion. When my figure first arrived, the parts on the backpack were not aligned nor tabbed properly (hence the photos showing that portion not being transformed properly. My apologies!). However, after a round of transforming him from bot to alt mode and back, I have a better understanding of the transformation sequence and managed  to get the pieces to align properly and everything tabs better and neatly now. So it’s possible. Just requires some patience and possibly some luck.

The cab can be detached from tanker trailer which is pretty essential for the transformation. The cab transforms into the tail section of the plane.

Stratotanker is designed with screen-accuracy in mind and kudos to the designer for paying attention to the details. I’ll let the pictures speak for themselves. 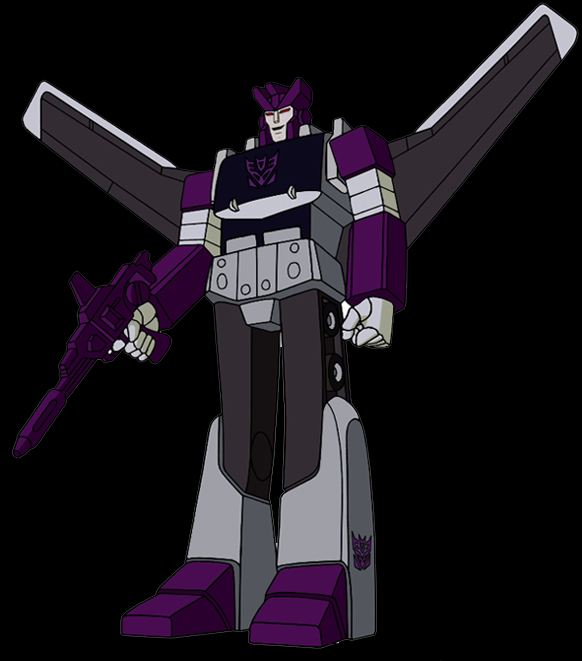 For those who wish to conserve some display space, his wings can be folded down for a more compact bot mode.

Both alternate modes are well-proportioned and have managed to hide most of the kibble from the other modes.

Stratotanker is a little shorter than Ditka in bot mode but still scales fine with the other Masterpiece-scaled figures.

Transformation between modes is daunting at first, even with the help of online video instructions. It is likely that for your first attempt at transforming him, you will get confused and possibly a little frustrated as well. However, once you understand how the parts move, it gets more manageable. I managed to transform him back to bot mode simply by referring to a photo of him in bot mode. Stratotanker’s upper torso forms the cab of the tanker and detaches from the rest of the body during transformation. This does provide more clearance to move the parts and makes transformation easier.

He comes with a LED-lighted gun, a tail fin shield (which unfortunately, unlike his G1 counterpart, does not actually transform into the tail fin in plane mode), an alternative screaming/shock face and also the standard KFC flight stand. I personally feel that the shield not fitting anywhere in the alternate modes is a missed opportunity. It should not be too difficult to incorporate the shield as the tail fin of the plane mode. As with many of KFC/XTB’s products, Stratotanker comes with an animation-inspired accessory, which in this case is the ‘screaming/shock’ face. However, this is also one of those occasions when I welcome a more generic ‘shouting’ face instead of the one that comes with the figure.

Joints are reasonably tight, but after some fiddling with my copy, I noticed that the hip joints are a little looser than before. The figure still stands but I expect some potential issues with these joints, so handle with care.

Overall, I’m pleased with the aesthetics aspect of the figure although there are a handful of design/engineering choices which could have been better. Nevertheless, the Triple-changing trio is finally complete and I do hope that a better Astrotrain comes along someday but that’s a story for another time.