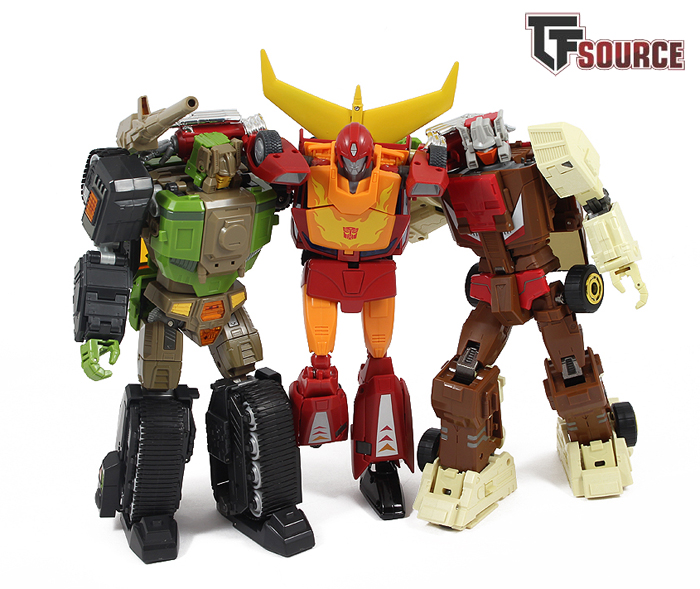 If you are a very active Transformers fan and collector, you will find that by immersing yourself in the toys, fiction and community, your interests will naturally start to spread to new areas. I consider myself a fan of the toys across a number of eras and lines, I like the current fiction and for a time I collected physical copies, I enjoy the fan community and take an active role in it wherever an appropriate and manageable opportunity presents itself. Every once in a while I find myself making a decision that alters the course of my collecting or interests in the hobby, sometimes ones that cannot be reversed without great cost. So, I’m using this week as pit stop to assess how I feel about recent significant hobby-related decisions made and their effect on my overall enjoyment and enthusiasm for Transformers, my collection and so on. 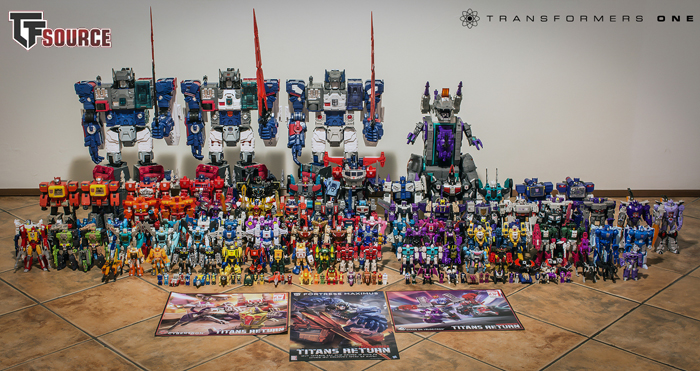 A significant thing I decided to do about 14 months ago was to buy, collect and complete Hasbro’s Transformers Titans Return toy line as well as the TakaraTomy Transformers Legends equivalents, including all variants, exclusives and products that came out under those collective banners. As you can imagine, this has had major impact on my spending, living space and overall collecting priorities. Money that would otherwise have been used to collect more of the Generation 1 Transformers or even Joustra Diaclone toys I was focusing on was diverted to all the relentless waves of Titans Return and Legends. I even sold a fair amount of my collection (mainly 3rd party, RID, Car Robots, Binaltech, Movie Human Alliance, TFPrime etc) to be able to continually afford to pay for whole waves at a time.

I was finally able to appreciate the fruits of that labour recently when I lined up the entirety of Hasbro’s Titans Return line and all of the TakaraTomy Legends that I had received up to LG-42 Godbomber, good as of early September 2017. Looking at them all together gave me the warm and fuzzies, no question. I left them out there on the floor lined up for 3 days, such was the enjoyment of seeing the project come to fruition before my eyes. Sure, there are more TakaraTomy figures to add to them, such as Trypticon, Hot Rodimus, Kup and Gnaw that have just been released, but it was justification for the space issues, the diverted collection funds and the seemingly endless buying. I love the toys and I sincerely hope they will remain in my collection.

The flipside of this has been missing out on a few exceptionally rare and never-before-seen wave 2 Joustra Diaclone toys that appeared over the last 12 months for sale. A boxed unused Joustra Countach (Sunstreaker – first of its kind recorded), a boxed Joustra Powered Convoy (Diaclone Magnus – third one ever seen) and a boxed unused Joustra Balle Lion (Microman Lion Sphere – first of its kind to be seen) all ended up firmly out of my price range because my funds had been spent on more current figures. I could have been 3 figures closer to my ultimate collecting goal, but there you go. Instead I found a more used Joustra Lion balle with a massive stroke of luck, and it came with a never-before-seen Joustra Balle Robot too, so I did get 2 pieces closer to the goal overall! And amassed all of TR and LG. 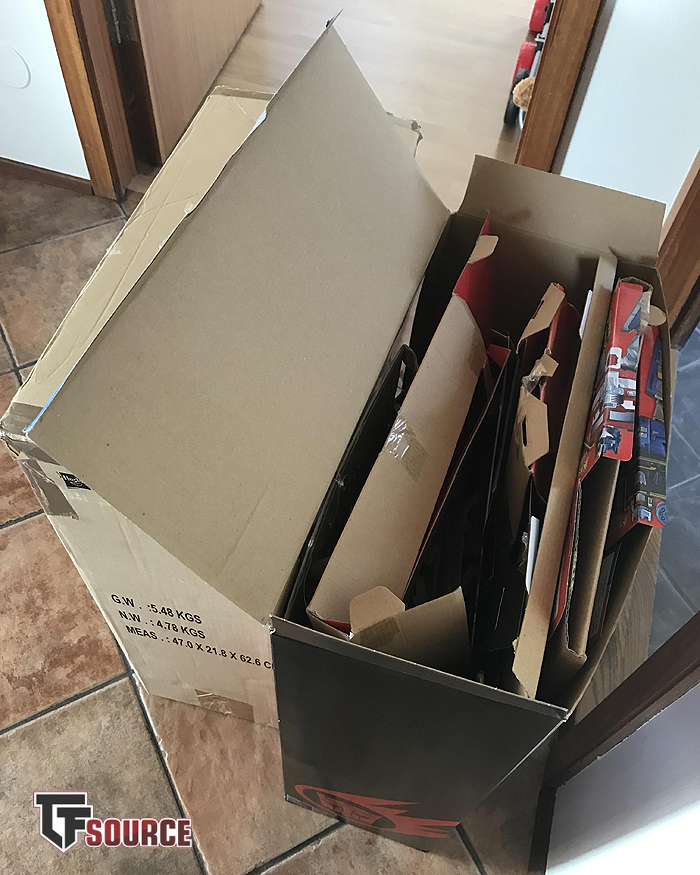 Another big decision I made regarding my collection recently was to recycle as much toy packaging as I could manage. This included Masterpiece Transformers, Titans Return, TakaraTomy Legends, all 3rd Party Transformers packages etc. All I was going to keep would be vintage packaging and the new TakaraTomy Diaclone packaging. All the plastic inserts, all the outer cardboard packaging, all that wonderful box artwork…binned or recycled. I wrote about this in my article on sacrilegious collecting acts, but some time has passed now and I can assess how I feel about it.

The truth is, I do not miss any of the packaging. As all of it was in storage anyway, there’s been little to no difference to notice! I would need to own a gigantic home to be able to appreciate the toys and their packaging, so if they were never going to be displayed, why bother having them? Especially when you consider how much strain it can put on your everyday life if toy packaging lives in all the normal storage space…and outside it too.

I’ve been collecting for almost 20 years now, and I know what I have been able to appreciate and enjoy, or give appropriate time and due attention to in my collection over those near-20 years. Looking to the future and maybe 20 to 30 years more of collecting at a push, knowing that my family and work responsibilities will only grow, how much time can I realistically expect to dedicate to enjoying packaging for toys that spends 99% of its time out of sight? Not enough to justify affecting our standard of living by having toy boxes in every nook and cranny and forcing us to haul them between properties when we move. Resale value is moot if you don’t plan on selling them, and the toys I have sold loose – from official to unofficial – have suffered negligible drops in sale price as a result of missing packaging. There are always collectors who will buy stuff loose. So, a few quid lost, but so much space gained and living standards improved. This too, I feel, was a justified change in my collecting habits. 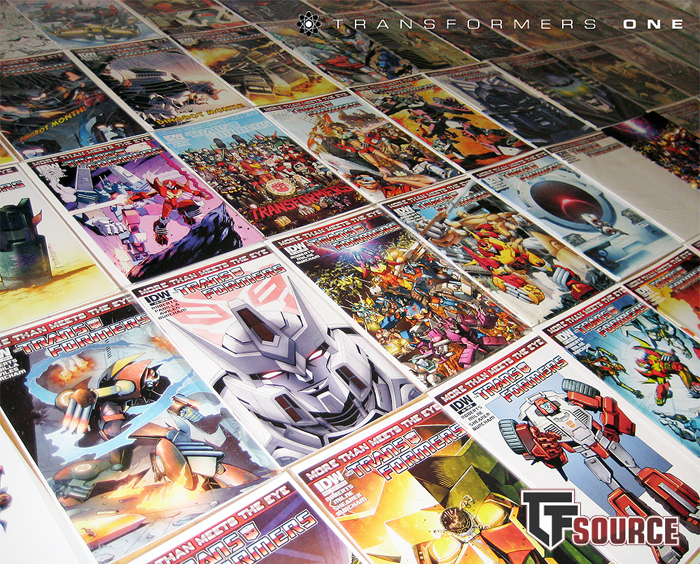 Not so long ago, I decided to stop buying physical copies of IDW’s Lost Light series – formerly More Than Meets The Eye. I understand why the title was re-branded, and how a new #1 can act as a great publicity beat and jumping on point for new readers. However, jumping on points can also act as convenient jumping off points. I was buying every issue and cover variant, meaning considerable expense when I finally made it to my comic shop of choice to pick up missed issues, not to mention the issue of storing and preserving all those comics. Getting exclusives was starting to feel laborious and forced with no discernible extra enjoyment gained. As a result, I decided to draw a line under physical comic collecting with More Than Meets The Eye; I have everything from that series and I am content. For Lost Light, I read digitally and may buy the trade paperbacks for re-reads. It’s a more space-conscious and financially sound solution for me, no regrets. I’m not against the idea of picking up future covers for Lost Light, should they really capture my imagination! 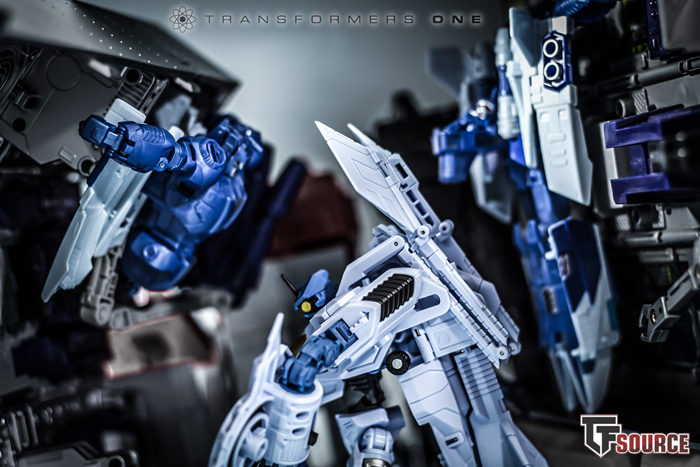 Finally, a decision that maybe wasn’t so recent but still significant to how my time is spent in the hobby. Around 2013 I decided to try my hand at 3rd Party Transformers reviews for TFSource Blog and my own Transformers Square One blog. This has been mostly a tale of enjoyment and rewarding effort; the free 3rd party samples I received were a wonderful privilege, allowing me to experience toys I would otherwise not have been able to afford. Selling these samples occasionally has also helped under difficult circumstances or when I have wanted to buy something else for my collection. It has also allowed me to improve my photography and my writing, as well as helping me establish relationships with companies and contacts while maintaining those relationships professionally, things that directly contributed to my landing of my current job.

The downside has been that it takes up an enormous amount of my free time with photo editing, writing and the customs bills keep coming thick and fast. I’ve had to spend a lot more time on social media to work on my online presence and appeal in order to make the reviews more effective and justify the samples I am sent. However, this too improved my employment prospects. While I would prefer to be able to enjoy new toys more at my own pace and not be obligated to write about them or photograph them at length, and I do sometimes grimace at the assumptions and accusations that some uninformed fans like to bandy about regarding people who review 3P toys, overall it has enriched my collecting and hobby experience. There’s been more good than bad, for sure! 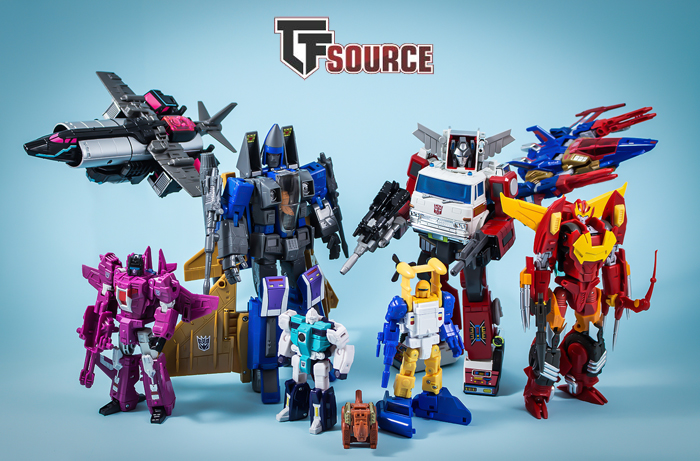 Being in this hobby has always been a matter of balance for me. The weighting of desire and enthusiasm against that of money, space and time. Prioritising the things I can afford to enjoy and get into against those that appeal, but would not realistically allow the kind of moderation that keeps one’s collecting healthy and manageable. Making decisions like this and sticking to them are how I’ve always collected, and however odd it may seem to someone on the outside, I do take Transformers collecting and the community reasonably seriously, and my decisions therein are not taken lightly either. I’m just glad I seem to be making the right ones for myself at this time!