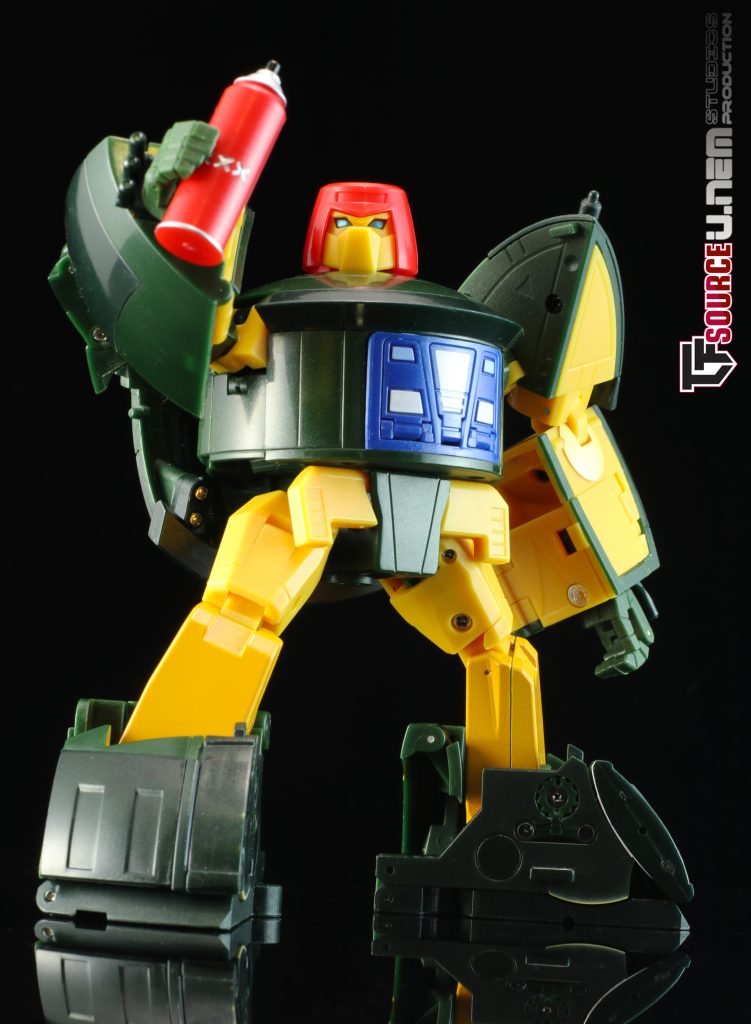 Over the past few years, X-Transbots has brought its share of Minibots to the Masterpiece table. In fact, the company is probably the biggest contributor to the subgroup. While some of the figures were hits and some were near misses, there’s no doubt X-Transbots has filled this obvious vacuum in many Masterpiece collections. Klaatu (aptly named after a character from a classic Sci-Fi film) joins the ranks of the Minibots, so it’s take a look.

When I first saw some of the earlier photos of Klaatu, I was confused. Some of the photos depicted him as a decently built figure with (visually) decent plastics. However, there were a handful of photos which made him look like he was made of low grade plastics which made the figure look unfinished and raw. When the figure arrived, I’m pleased to conclude that bad photography was to be blamed for the latter. In no way is the plastic quality top notch, but it is definitely a step (or two) up from the plastics used for Boost & Hatch. The sample is well built, holds together well, and the few painted parts were well-painted. Klaatu is chunky and weighs in at 285g, providing a nice heft. 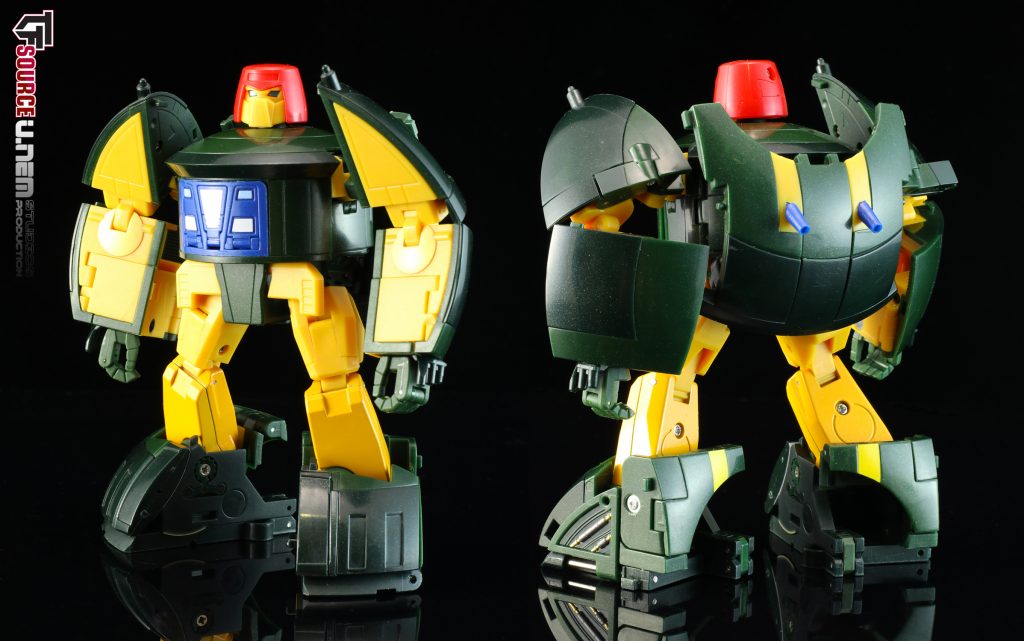 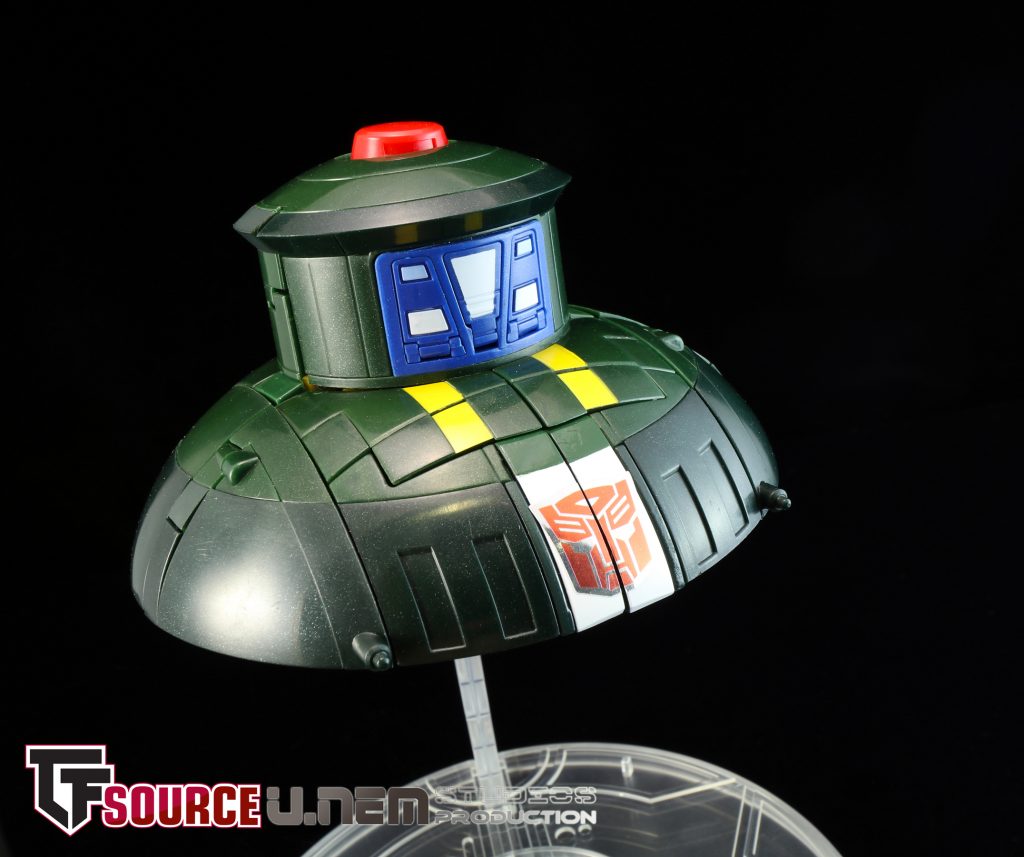 In hand, Klaatu actually looks a lot more appealing than he does in most of the photos. His design spots many G1 animation references, while also incorporating some more aesthetically pleasing proportions. I personally love it when designers strike a balance between screen/toy accuracy and good aesthetics. 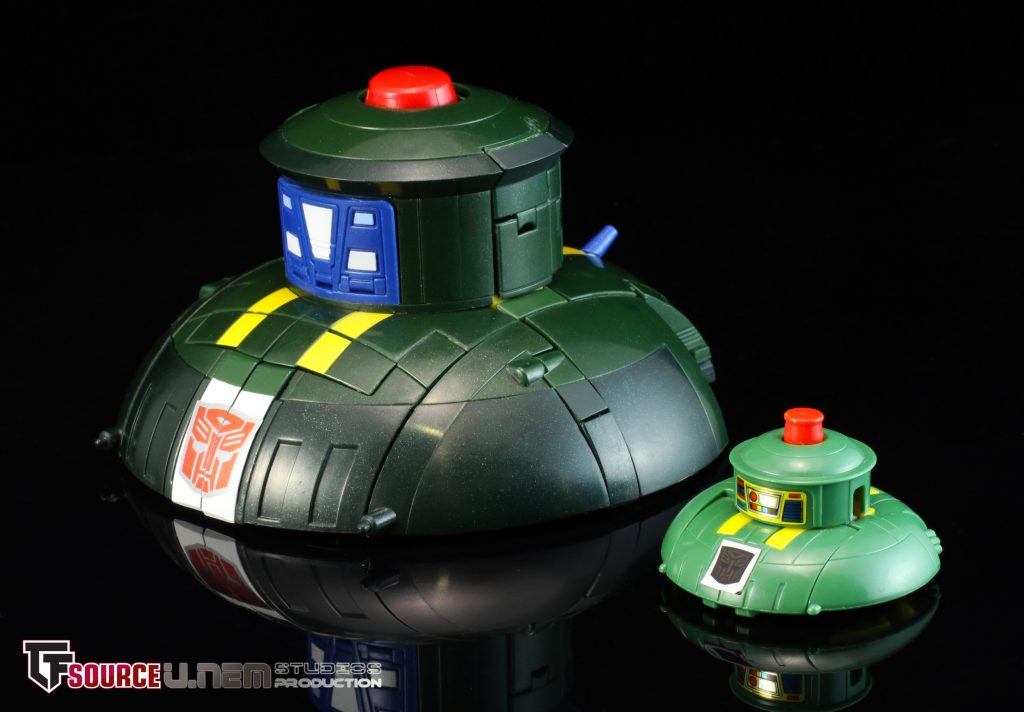 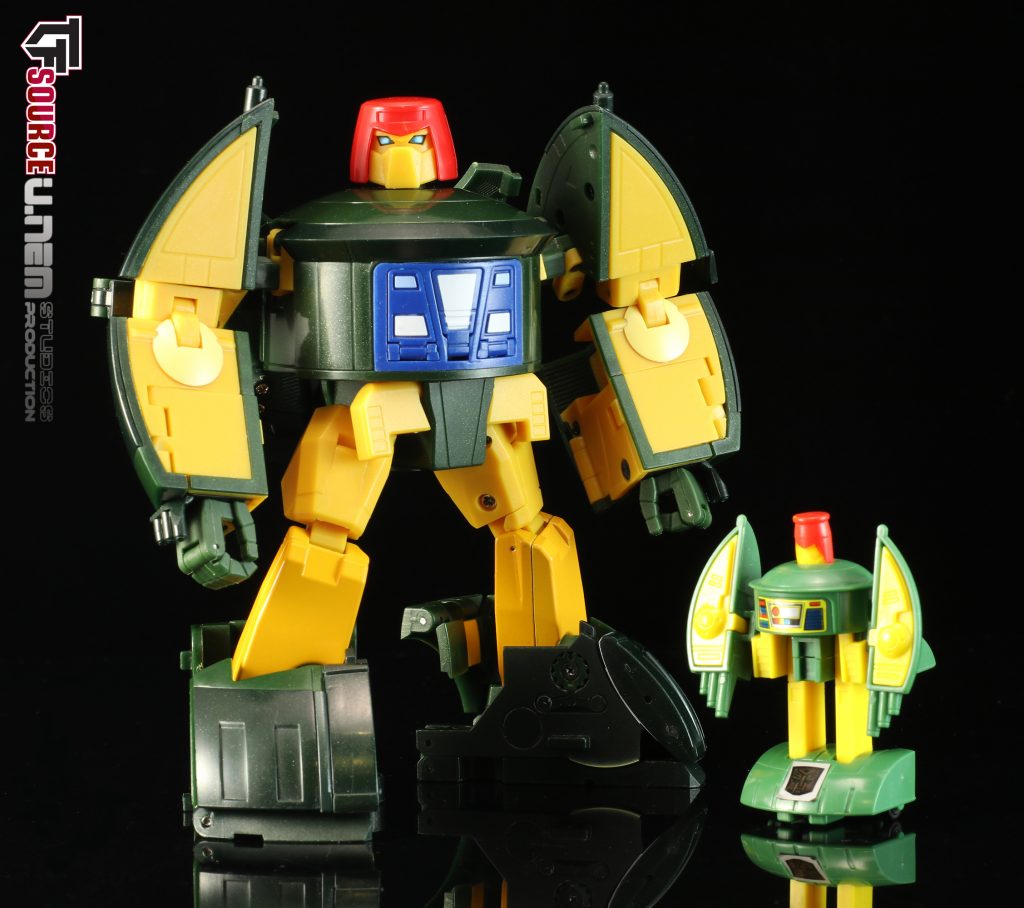 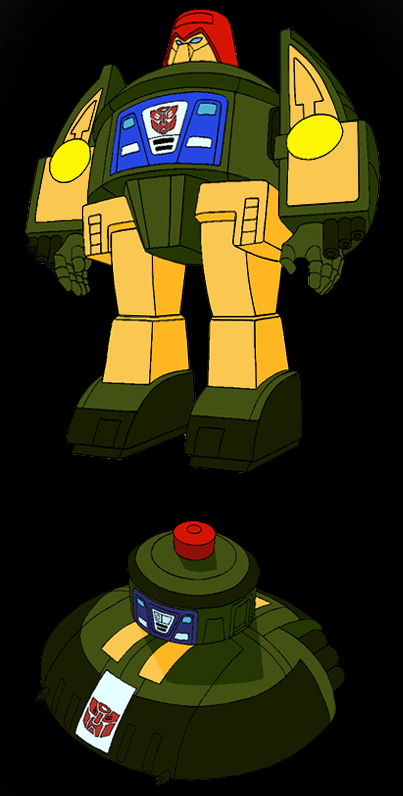 Though not your average sized Minibot, he scales well with the rest of the gang. 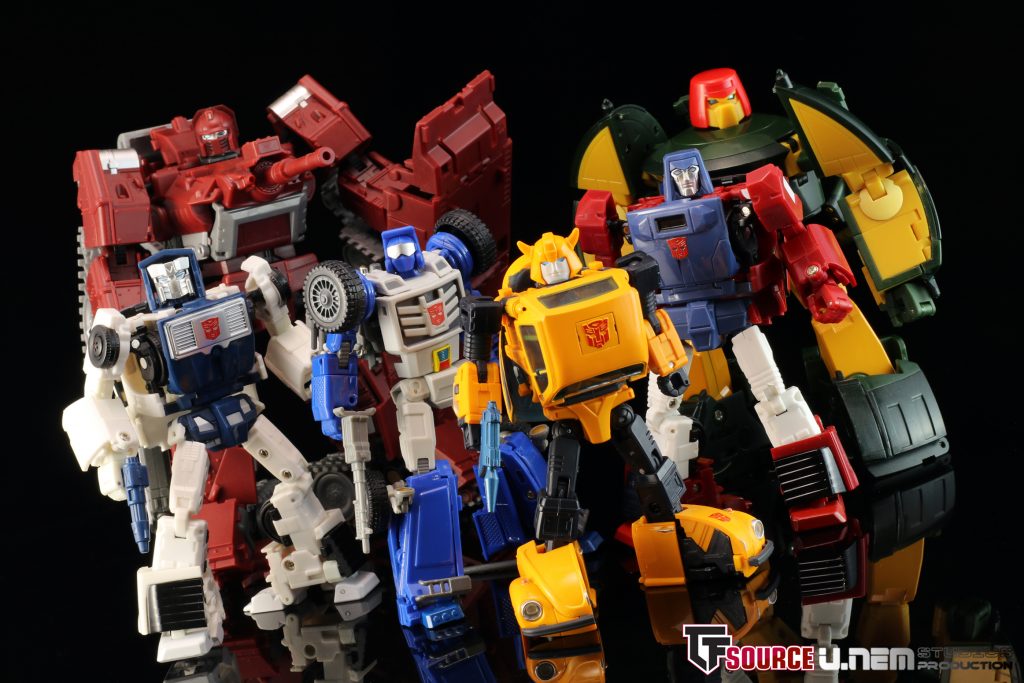 As with most samples, Klaatu came without an instruction manual. Now, I would usually be lazy and refer to videos done by other reviewers to go through the transformation sequence. However, for Klaatu’s case, I decided to give it a whirl first before I scour YouTube for assistance. After the first part was dislodged, the transformation became pretty intuitive. Panels and parts folded into their respective places without fuss, arguably one of the better transformation designs by X-Transbot to date.

There are two unique features which are also worth mentioning. His head ejects out via a pretty hard to press button hidden under his chest panel. It’s likely that you will need some accessory/tool to activate this button due to its location and stiffness. Klaatu’s feet also feature rotatable panels which allow the white portions to be hidden in bot mode, if you so wish. Great to have options and kudos to the designer for this very considerate design feature. 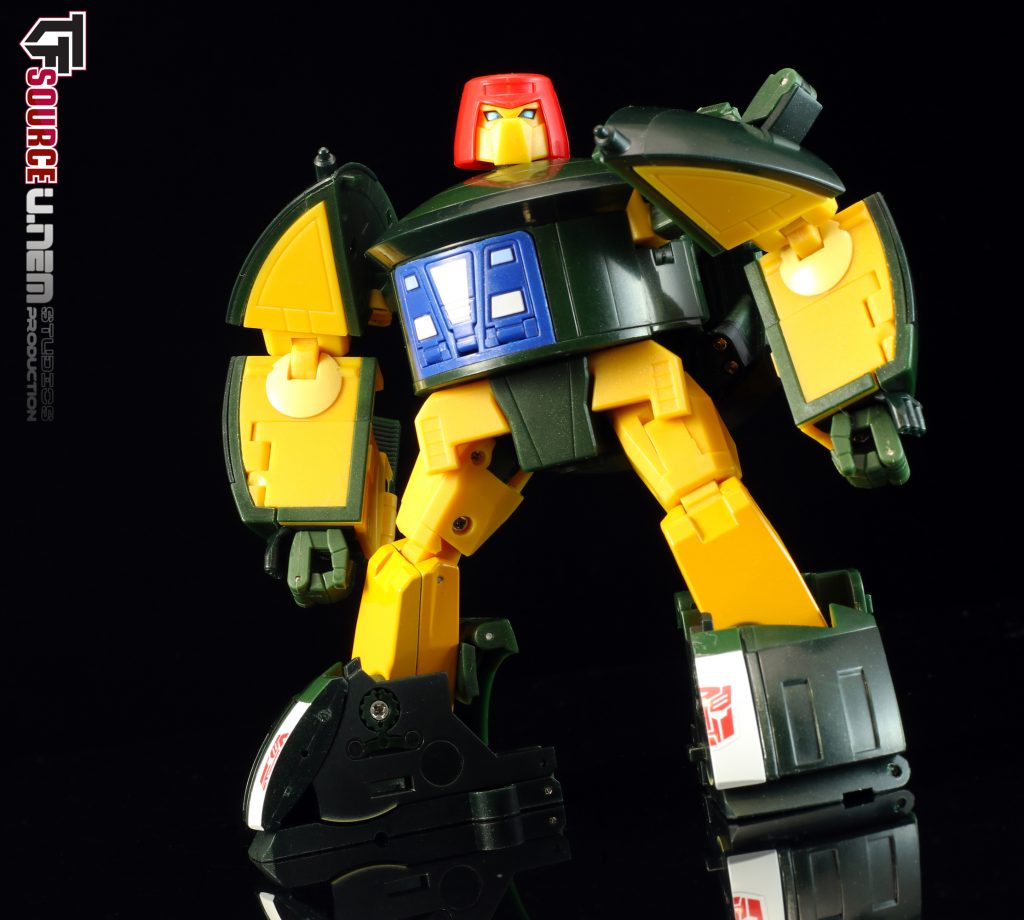 As with many of the X-Transbots/KFC figures, Klaatu comes with some interesting and iconic accessories associated with the character. He is armed with a can of Robotic Insecticide & a Morphobot (both from the same G1 episode). 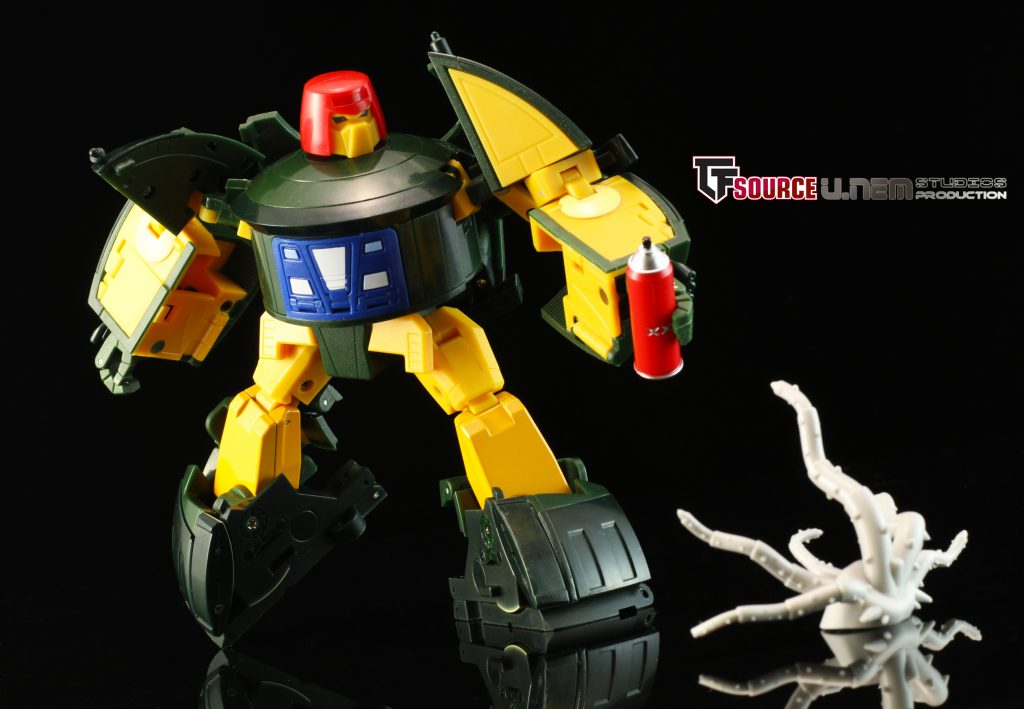 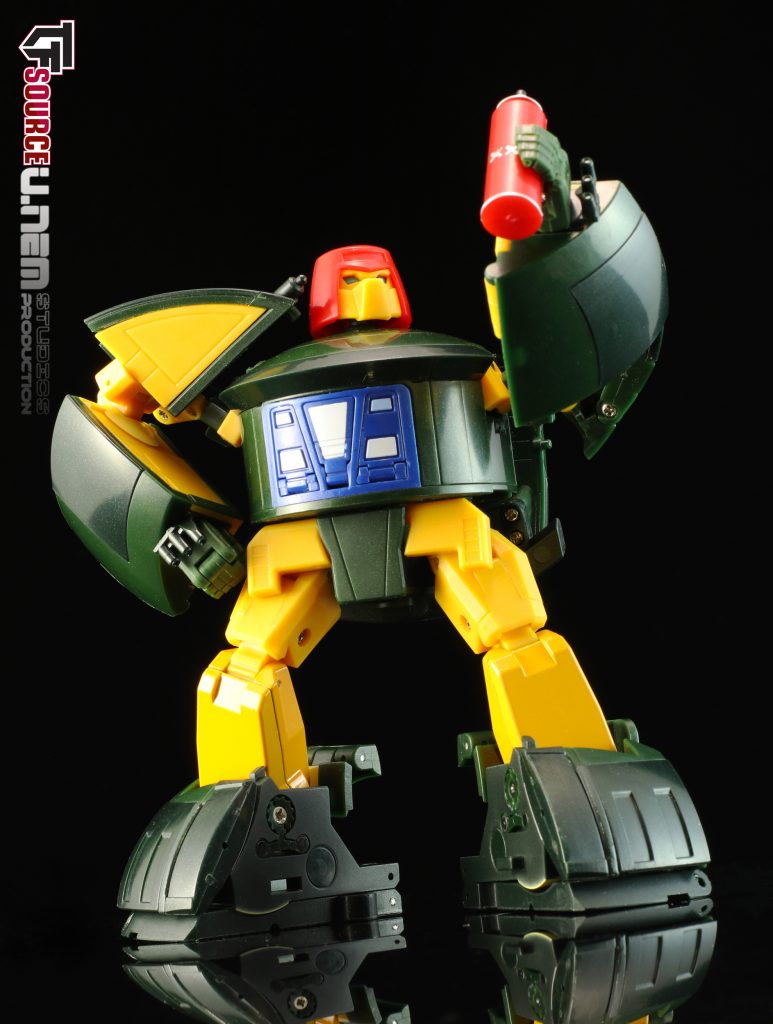 He also comes with a cool tractor beam accessory, flight stand and additional light-piping eyes. One of my gripe about the figure is probably about the type of plastic used for the tractor beam accessory. The concept was brilliant but unfortunately, the execution (at least for the sample that I’d received) was underwhelming. The plastic used was translucent when it should, in my opinion, be transparent. 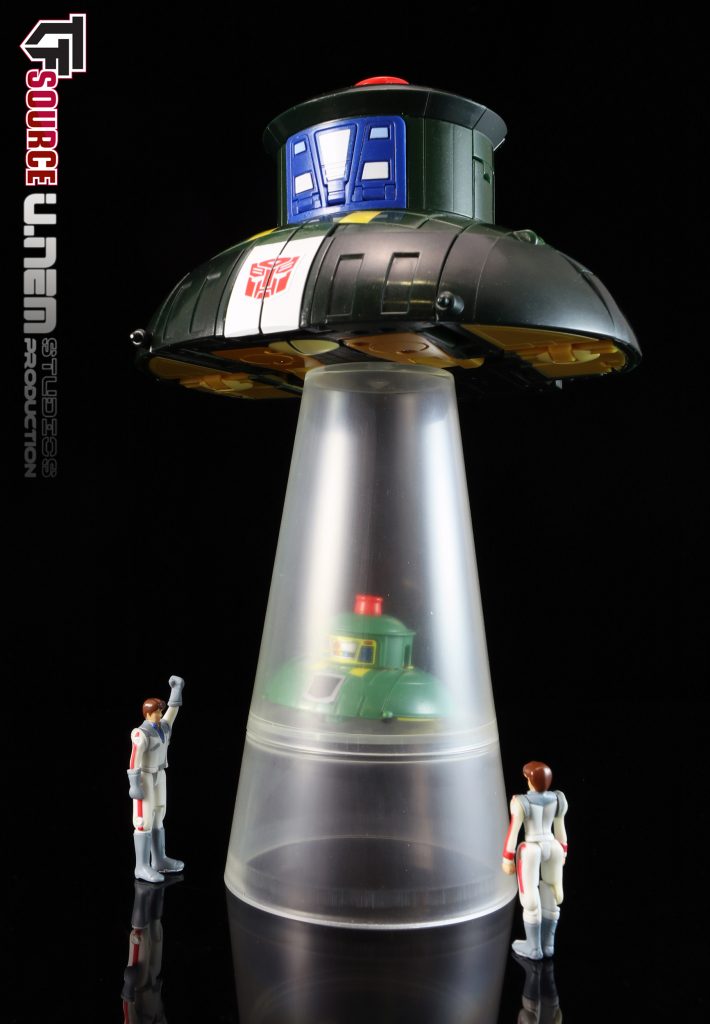 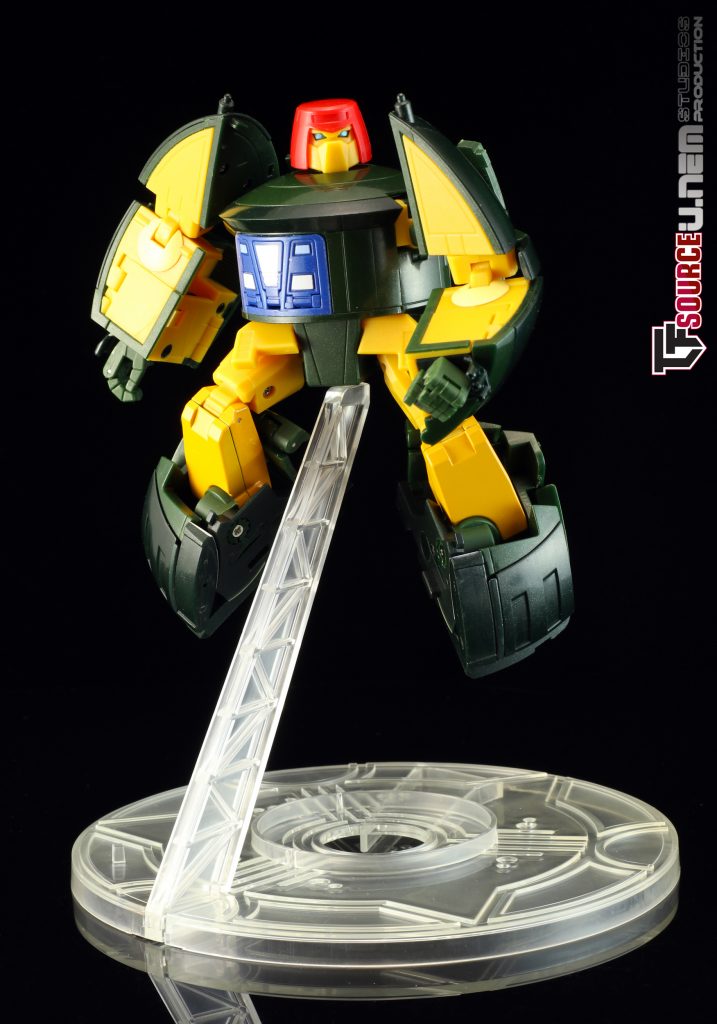 Klaatu has very good articulation for such a chunky figure. Head, waist, arms, legs and ankles are amply articulated with good strong joints. He balances well and has little issue in holding poses. 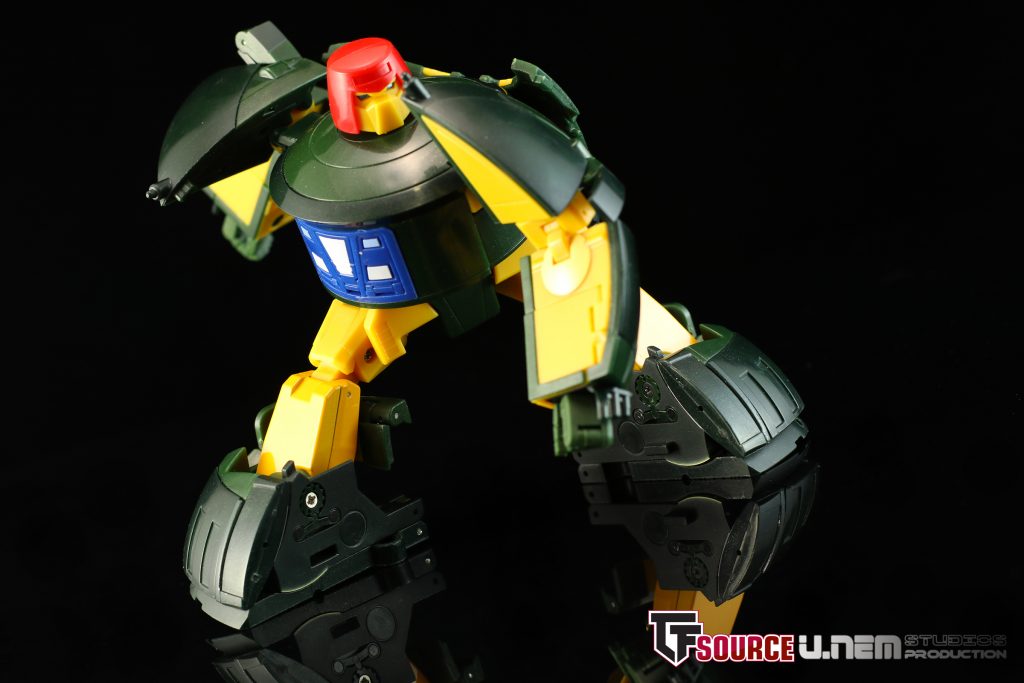 The panel behind his foot does get in the way when the ankle is rotated downwards, but it’s nothing major and I do not foresee many people displaying Klaatu in such a position anyway. 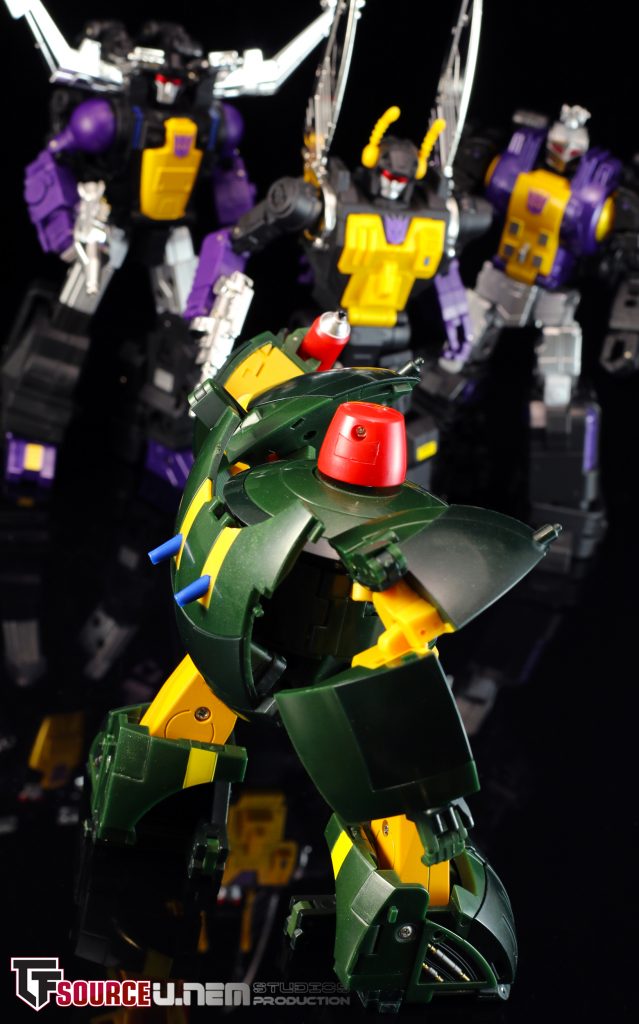 X-Transbots/KFC has been on a roll this year, delivering Masterpiece-scaled figures fast and furious. With each release, the company inches towards the quality level benchmarked by collectors. For detractors, it might be time to give these figures a shot when the opportunity arises.