I would like to begin this review by admitting that with the trend of different companies coming up with similar figures during the same period, I actually had some difficulty keeping track of who is doing what (Springer Wars anyone?). While I knew there were at least two (or three) companies which were coming up with Masterpiece-scaled Combaticon figures, I was not certain about the details. So the ones from Unique Toys landed at my doorstep recently and let’s see how they measure up.

The first of Unique Toys’ Combaticons is Archimonde, a tank bot. We have had some 3rd Party tank bots in the past so I’m eager to see what Archimonde brings to the table.

Archimonde is very well-built, with good subtle paint apps to accentuate the figure and yet maintain its G1 look. He is on par with the higher tier 3rd party figures and while he does not spot any diecast parts, he is sturdily built and parts hold remarkably well together. What caught my attention was how snugly the tabs come together and stay in place. This might sound like a given to some, but you’ll be surprise how many other figures that I’ve encountered which fail to do that properly. 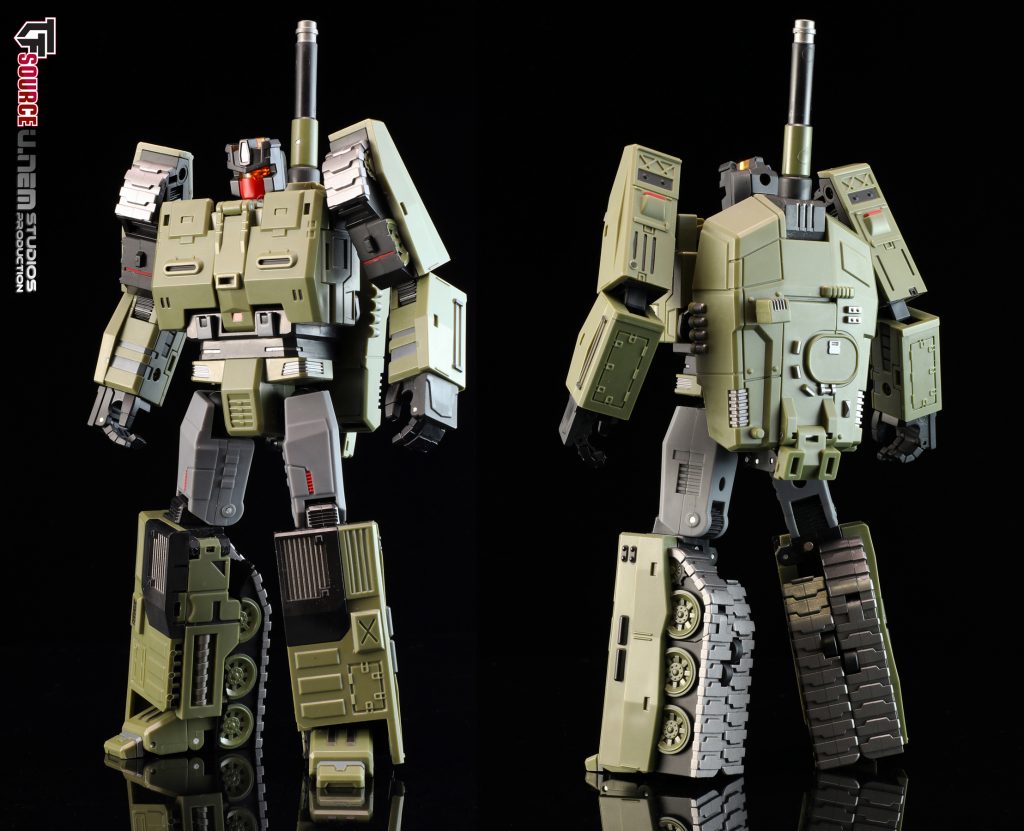 Archimonde’s aesthetics is heavily G1 animation influenced, with his red face-plated head sculpt to his familiar chest design. For a G1 fan like myself, this is one of the key factors when I decide on whether I’ll buy a particular figure. Both is tank and bot modes are clean and nice proportioned. I’m particularly happy with how he looks in bot mode. I’ll let the photos do the rest of the talking.

He fits in with other Masterpiece-scaled figures.

Now comes what I feel is one of the highlight of this figure.  Transformation between modes is intuitive yet refreshing. I like how effectively the panels fold and form the bulk of the torso and legs. As mentioned earlier, the parts peg very nicely together and once tabbed in, all parts stay firmly in place. Archimonde comes with two blasters which can also be pegged in to form additional turrets for his tank mode.

Archimonde has a good range of articulation but there were some nitpick issues which I felt would have made the figure even better. One of them was the lack of heel spurs to complement the ankle tilt, which meant that the figure would tend to lean backwards in certain dynamic positions. His ankle tilts are pretty tight though so holding positions is generally not an issue. In fact, I could not find a weak or loose joint in the whole figure. His arms are able to rotate to wide angles. He has decent waist swivel despite his turret backpack. His head swivels unobstructed and can also tilt upwards. While he does not have individually articulated fingers, his index finger is separated from the other fingers so some manner of ‘finger-pointing’ action is still possible.

I confess to not owning many of Unique Toys’ figures, but Archimonde has convinced me that they are worth paying attention to. I’m excited to see how the combined mode works out in the end.