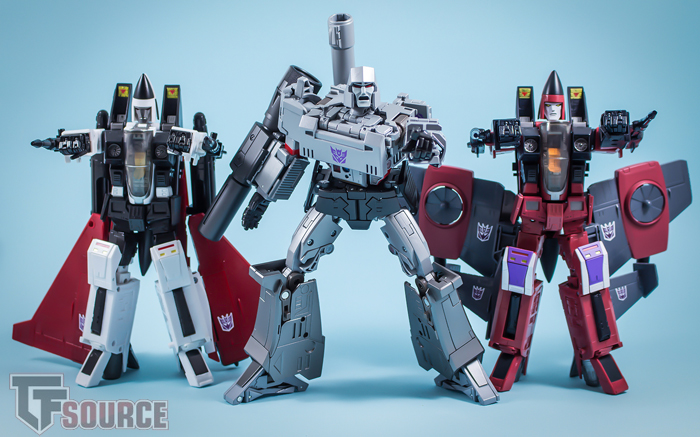 It is sometimes difficult to quantify just what precise proportion of the satisfaction that comes from buying Transformers is down to pure enjoyment of the physical product, its ownership, knowledge thereof or some psychological ticking off of a purchase. Occasionally, being caught up in release hype can be a bizarre pleasure on its own. The feeling of having a Transformers or 3rd party figure on release, or earlier, is an incentive that is evident in the behaviour of many collectors I’ve observed over the years, myself included. It’s not always about impatience, either. 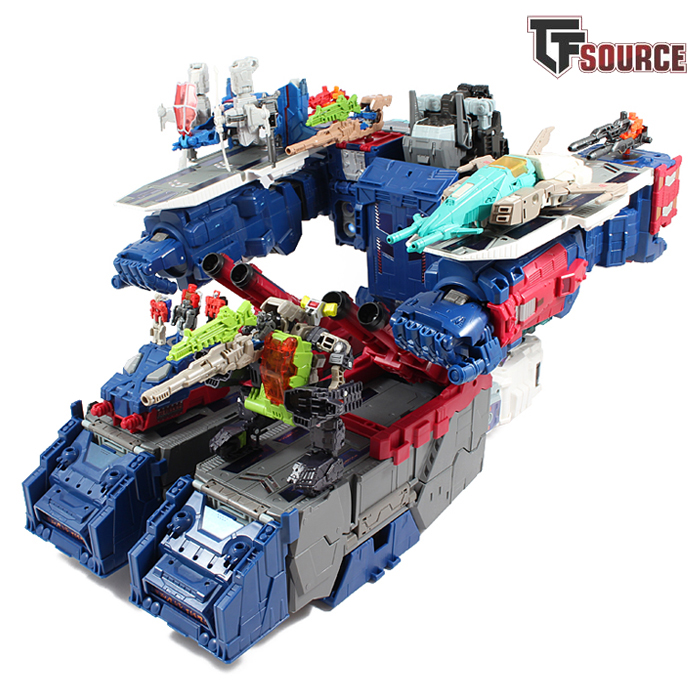 I have been susceptible to the pull of being the first to photograph, review and compare brand new Transformers, hoping it would drive good amounts of traffic and engagement to social media platforms that I have poured my spare time and energy into. It can also help build a following and reputation for a reviewer, as people may come to your outlets first to hear opinions and such when they know you’ll be early with news and reviews, especially if you also have a reputation for quality and unbiased output. That’s not all the reward I’ve been after, though, because the feeling of being one of the first to experience a major new development or figure on the Transformers scene is a specific thrill. 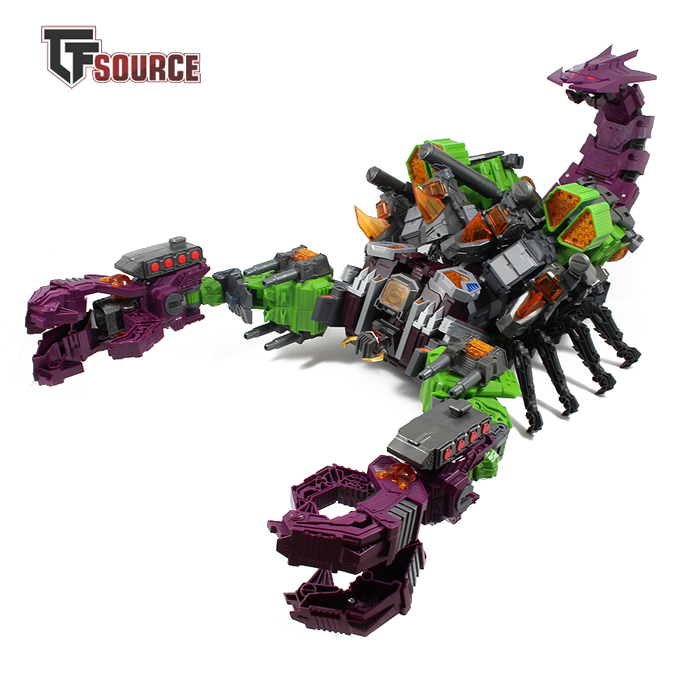 A fine example of the early thrill is the 3rd party review sample. These can occasionally be sent out quite a way in advance of the retail release, and the feeling of discovery is amplified. Knowing that you could potentially influence the purchase decision of another collector adds a degree of responsibility to a review, and I can say that I enjoy it. Sure, reviewing something later in the day for the sake of it without obligation has a distinct feeling of freedom and can lead to greater creativity, but the two experiences deserve equal discussion. 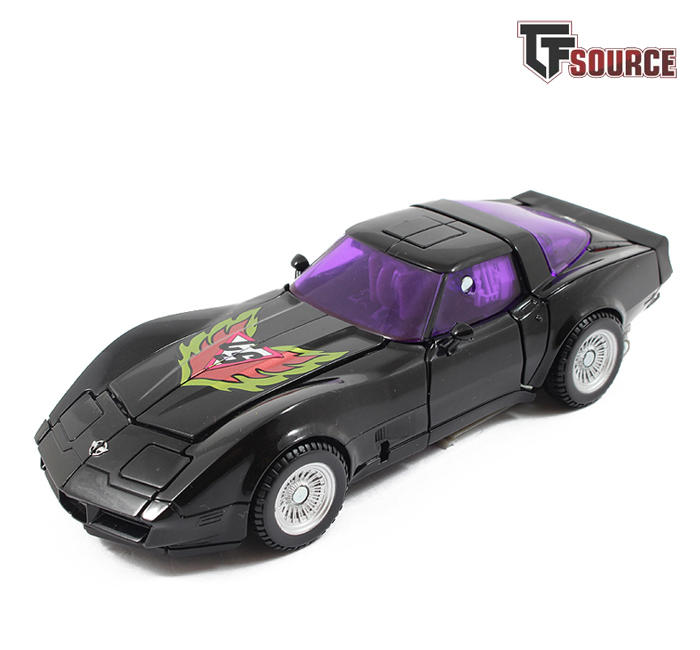 There are times when wanting something immediately upon release has been about more than just mass impatience and desire. With certain figures, I have felt that I could bring something else to the table when sharing images and information, such as with Masterpiece MP-25L Loudpedal above. I have a long history with the vintage Finnish Diaclone “Black Tracks”, so as a result I felt like I could answer absolutely every question about Loudpedal and its origin before it was even asked. I also wanted to put the proper Diaclone stickers on and show it that way, because I know collectors of high end items (if you are willing to call Masterpiece that) tend not to bother with accessories that cannot be returned to unused condition, things like stickers and sprued parts. Getting Loudpedal early – I paid for express shipping – was supposed to allow me to do all of that. Joke’s on me, though, as the stickersheet my Loudpedal came packed with was already used. No sign of the stickers themselves. That was the universe having a good laugh at my expense! 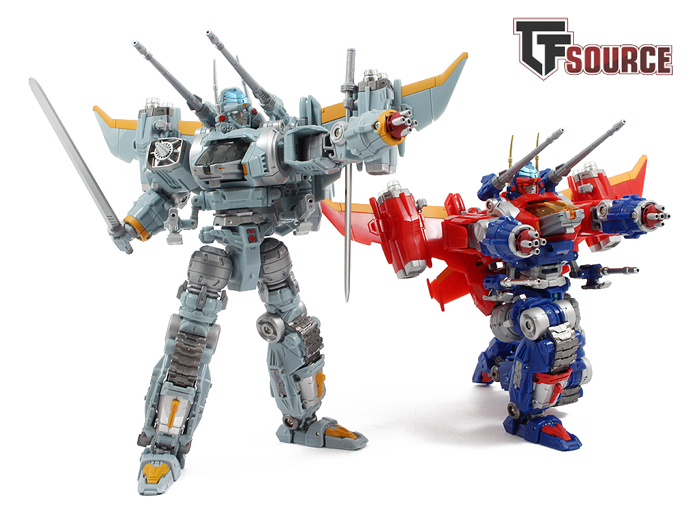 The desire to have something on release can also be motivated by other aspects than just wanting to have a definitive and early resource to share. They are not always noble reasons or things to be proud of, either. The need to give proper exposure to something under-documented, relatively unloved or the feeling that I have supported something from concept through development can drive me to extra lengths when it comes to buying. I cancelled an online order for a Dia-Battles V2 Prototype version because I was able to pick one up locally 2 weeks earlier, thus feeding the images into my review on publishing, making it a more comprehensive and attractive review. Selfish, really. 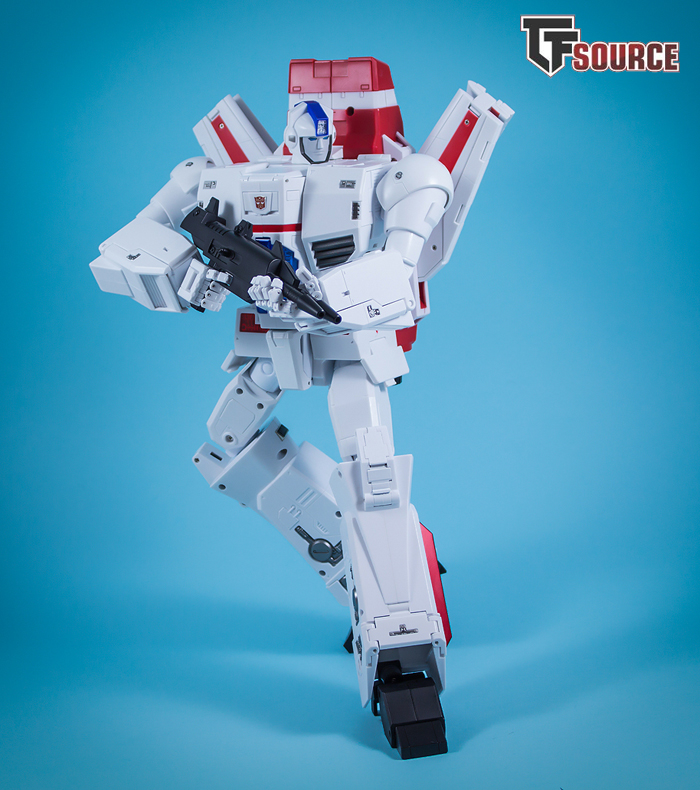 It gets worse. With Phoenix above, I was not due to get a review sample, but a production version. Borrowing the above sample from Peaugh (on the advice of TFSource) allowed me to stay more relevant and current with my work and publish a review at a time when interest would be highest. Wanting to maintain a particular profile is not really a good enough reason to go to such lengths instead of erring on the side of patience and sensibility. Especially if writing/reviewing TFs is not a primary occupation but – as so frequently referred to – a hobby. 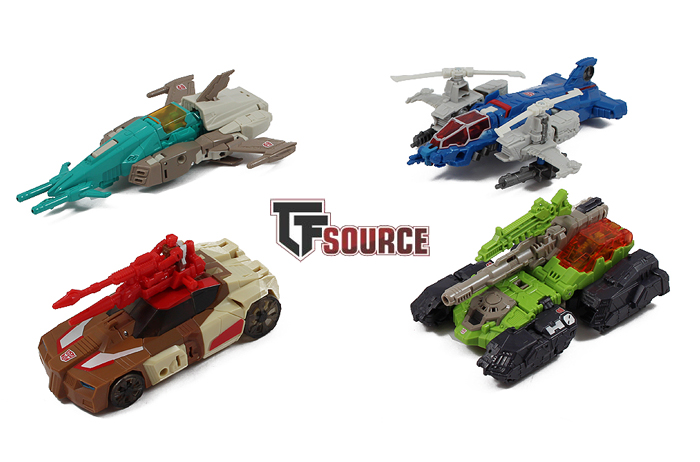 However, sometimes it really just is a case of unadulterated impatience and desire. With the wave 2 Titans Return deluxes, I ordered loose factory seconds just to have them earlier (and to share images online). I paid express shipping, but those who paid for regular shipping from the same source got them first. Universe 2 – Impatient Collector 0. With wave 4 deluxes, I went the Taobao and buying agent route. That was a freaking disaster as I actually got them faster when they hit import stores, leaving the Taobao ones to trudge in over the line weeks later. 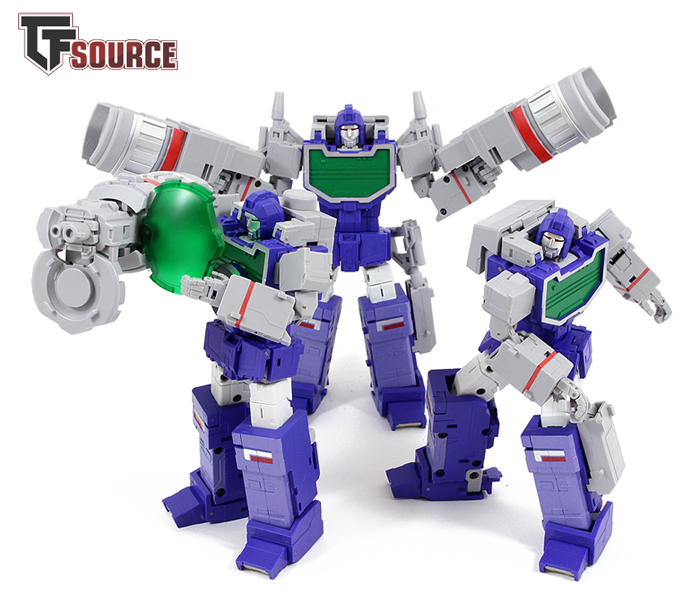 The interesting thing is that, on a number of recent occasions, I have bought and received big ticket items much later than the release date. All the expected photography and reviewing has been done by many other people, meaning that the prime window for engagement and reach was missed entirely. I also would have just been repeating many others’ re-creation of famous scenes and expected poses/set-ups for particular photos. This was very much the case with MP Ramjet, Thrust and – of course – Megatron. 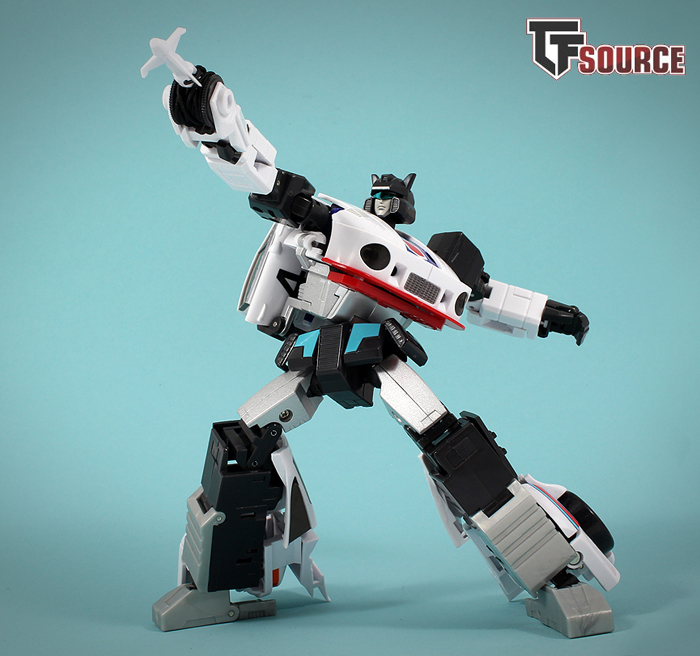 So with everything I have typed above about the sometimes inescapable need to have stuff first, it was something hard to deal with for me, right? Surprisingly not, though. Being in Iceland has made late toy arrivals and post-hype reviewing something commonplace for me. The rush to get MP Megatron and the whole scene surrounding the Masterpiece hype train and reviews, as well as associated rising costs, actually worked against my enthusiasm there. I picked up Megatron quite a while after everyone else, as I did with Ramjet and Thrust. 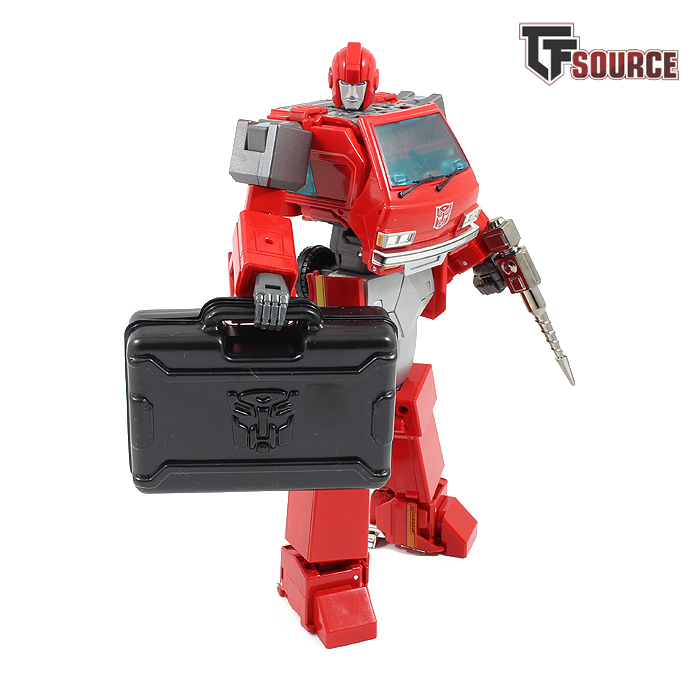 As a result, I had no pressure to get images and opinions out while working to a deadline or facing perceived competition. In fact, I ended up not reviewing any of those three items. I enjoyed them in peace and when I had the time for them. I bought them on my own schedule and took as many pictures as I wanted over a period of time that suited me, not a Tuesday evening article slot. With Megatron, especially, this led to me spending a lot of time just playing with the figure without any self-imposed pressure. The quality of the photographs and my personal satisfaction with my own creativity therein really showed me the benefit of not trying to keep up all the time with purchases. Knowing that everyone had already exhausted scenes from Transformers: The Movie and high-profile G1 episodes, I was able to get more out of the experience.

It’s extremely easy to give good collecting (and life) advice, but it’s that same simple and obvious advice that can be hardest to take and implement in one’s own life, and in this case, toy collecting. Virtually all of our collector interviews warn against trying to keep up. They advise against buying toys for any purpose other than pure enjoyment. Yet, having things on release can sometimes blur those lines and become about more than just enthusiasm. Waiting for something can lead to greater appreciation, but that in itself can be abused as a tactic as well. So what else is there to say apart from the obvious? Buy things when you can afford them, when the time is right and when you can appreciate them. When you’re done appreciating what you’ve already bought. Without agenda.

But I’m sure you knew all that already. 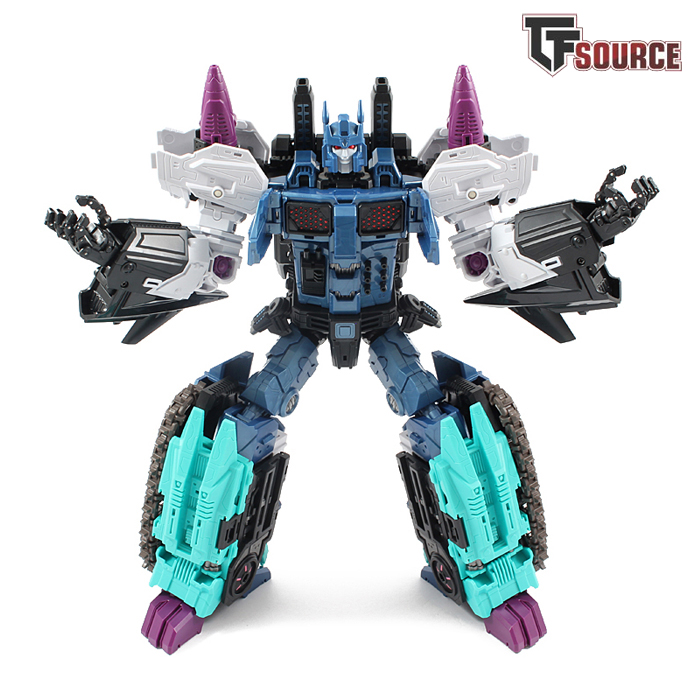