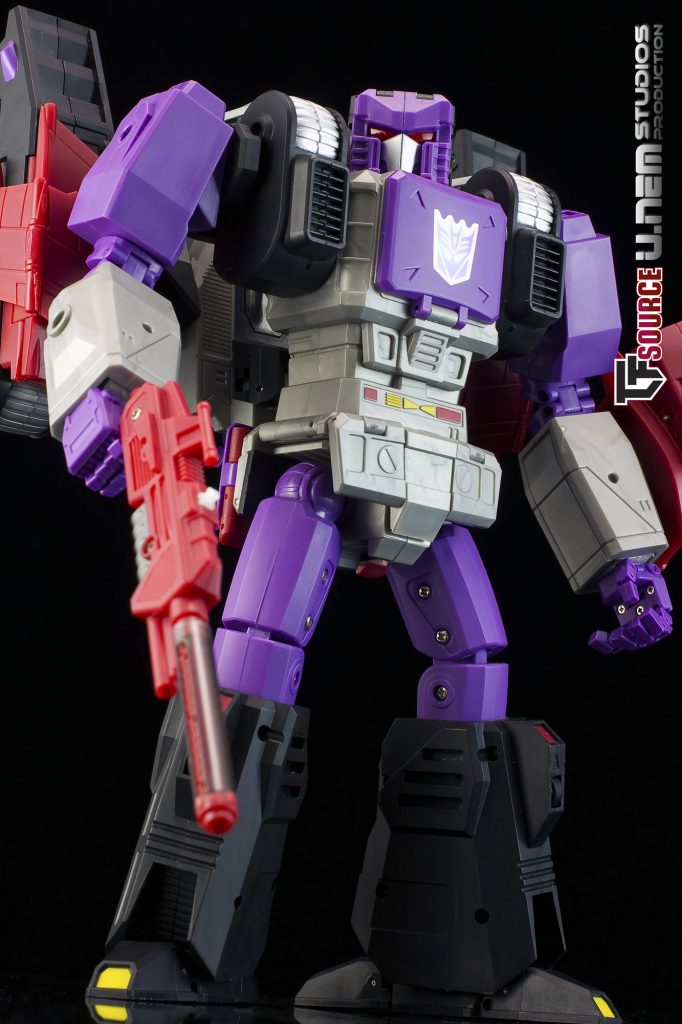 Keith’s Fantasy Club a.k.a KFC brings us Kingorilla, the first Masterpiece-scaled Horrorcon (and possibly the first Horrorcon figure to hit the market since G1 days). For those who are not familiar with the Horrorcons, they are particularly unique as they are not only Headmasters, but also Triple-Changers with BOTH Beast & Vehicular modes!

Kingorilla uses a better grade of plastics, as compared to the earlier offerings from KFC. I admit that I am not a fan of the usual plastics used by KFC thus far and hence am actually very pleased with this change. The figure is heavy, weighing 880g (more than double the weight of MP-10)! Build quality has improved too although one or two tabs could have fitted better. There are some very intricate paint applications on the figure which are very well done. Overall, I’ll say this is a good departure from the usual KFC figures in terms of plastic and build quality. Having said that, this is a production sample and from experience with KFC figures, the final production figure may differ. Which way it goes is anyone’s guess though. It will take a while for KFC to build up its reputation in the quality control department with all its hits and misses, but this is a good start in my opinion. 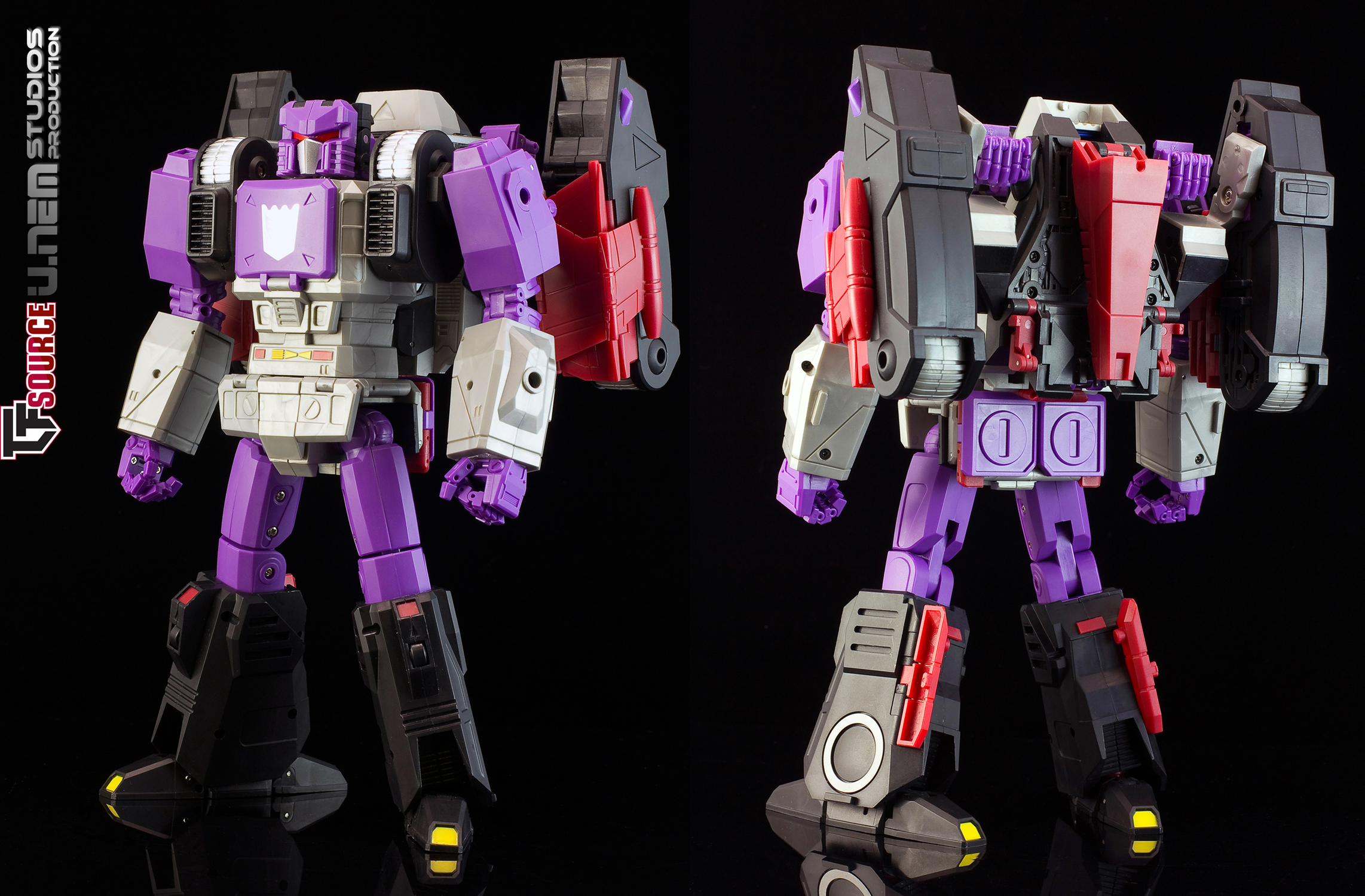 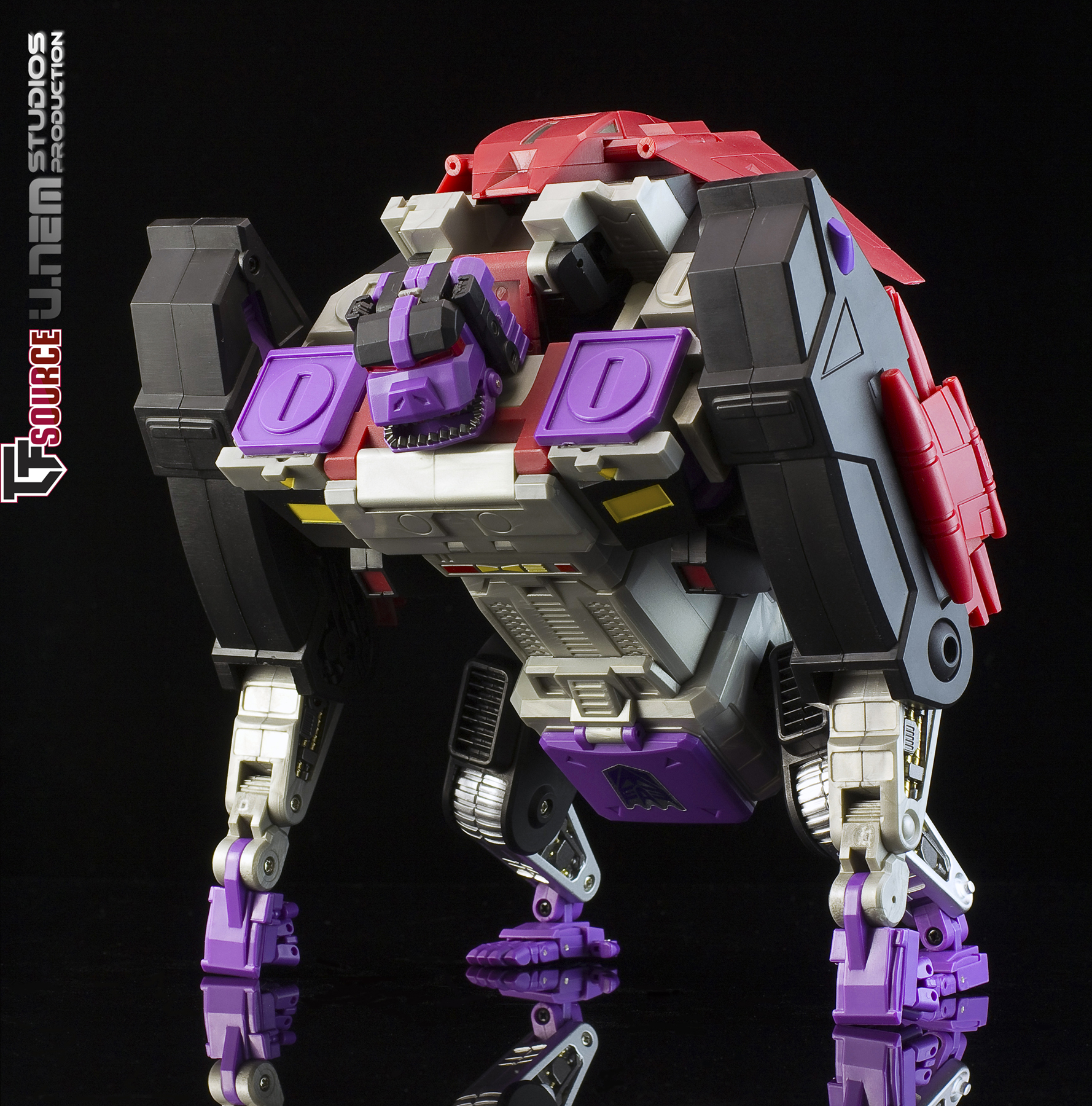 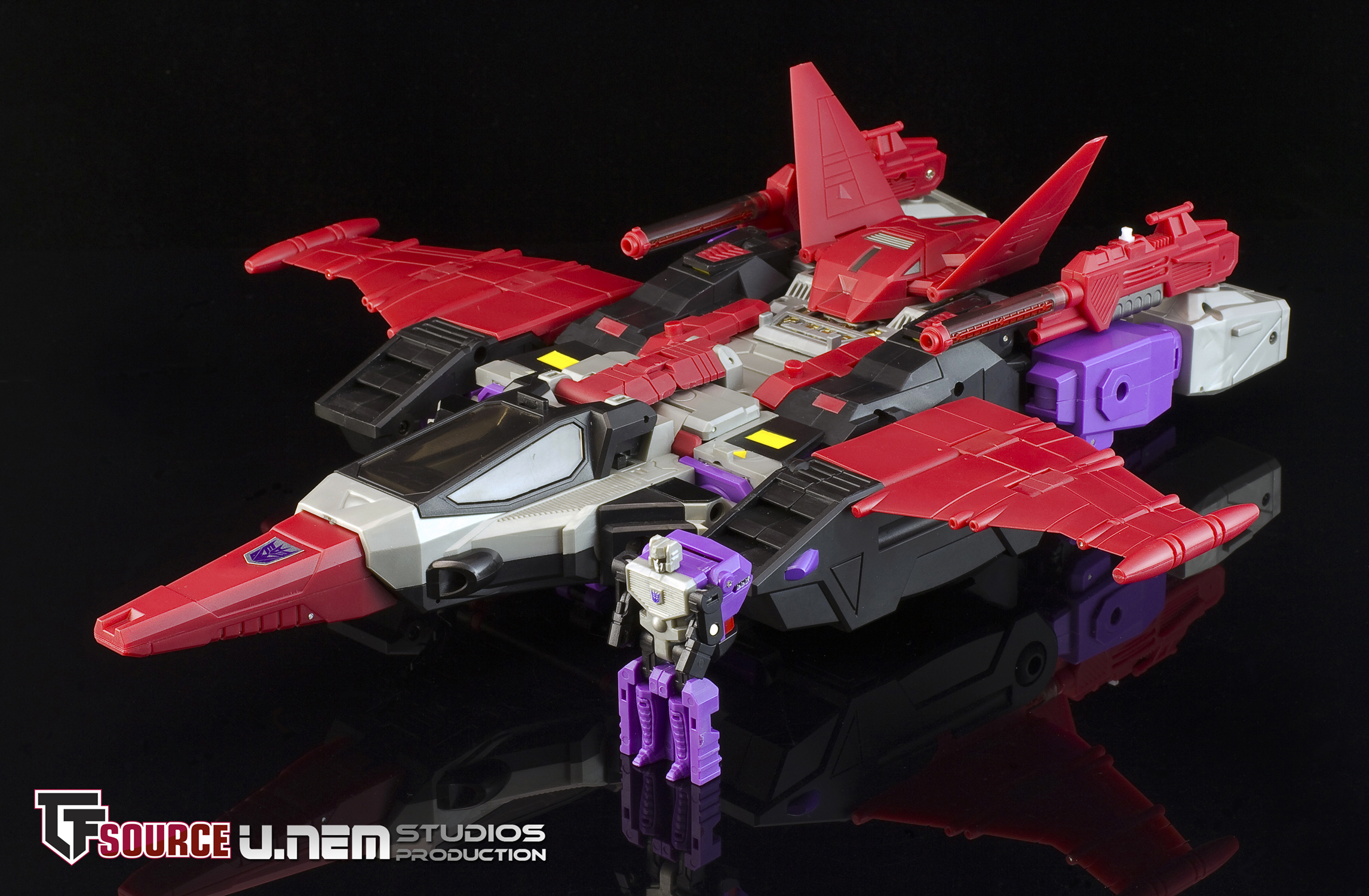 Kingorilla spots many references to its G1 toy counterpart. Some would have preferred a cleaner G1 animation look instead but I can understand the challenges faced when trying to hide all that bits in all modes for a Triple-Changer. 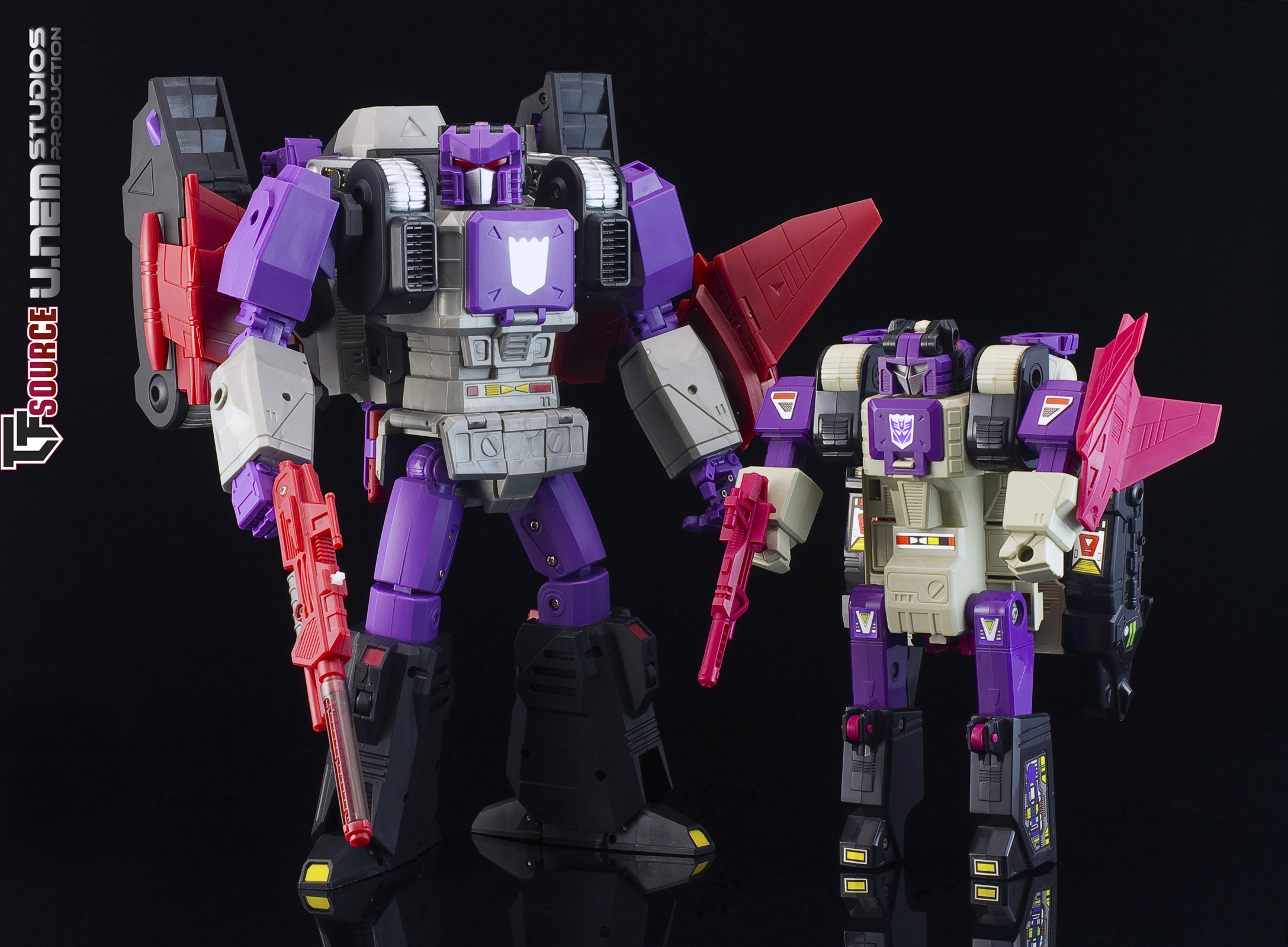 Of the three modes, the bot mode is my favourite despite the heavy backpack kibble. The backpack, largely formed by the intake vents of the jet mode, do allow for different configuration by flipping the vents down, giving it a more G1 toy accurate look. His shield can also be pegged into his forearm or upper arm to provide more options. 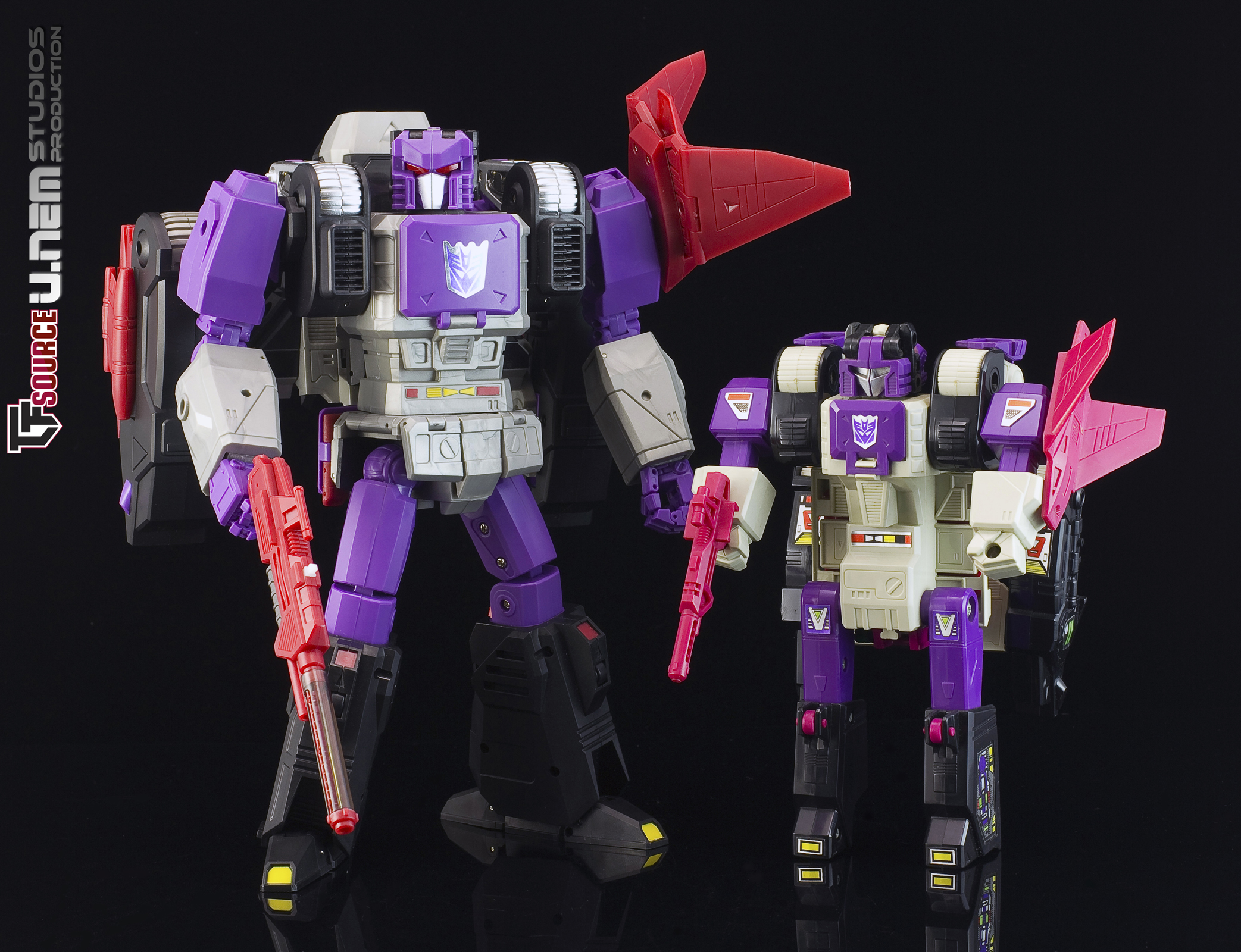 The gorilla mode holds together pretty well and the individually articulated digits and limbs allow quite a good range of posing in this mode. Aesthetically, this mode may be the weakest of the three but after a while, it does start to look better. 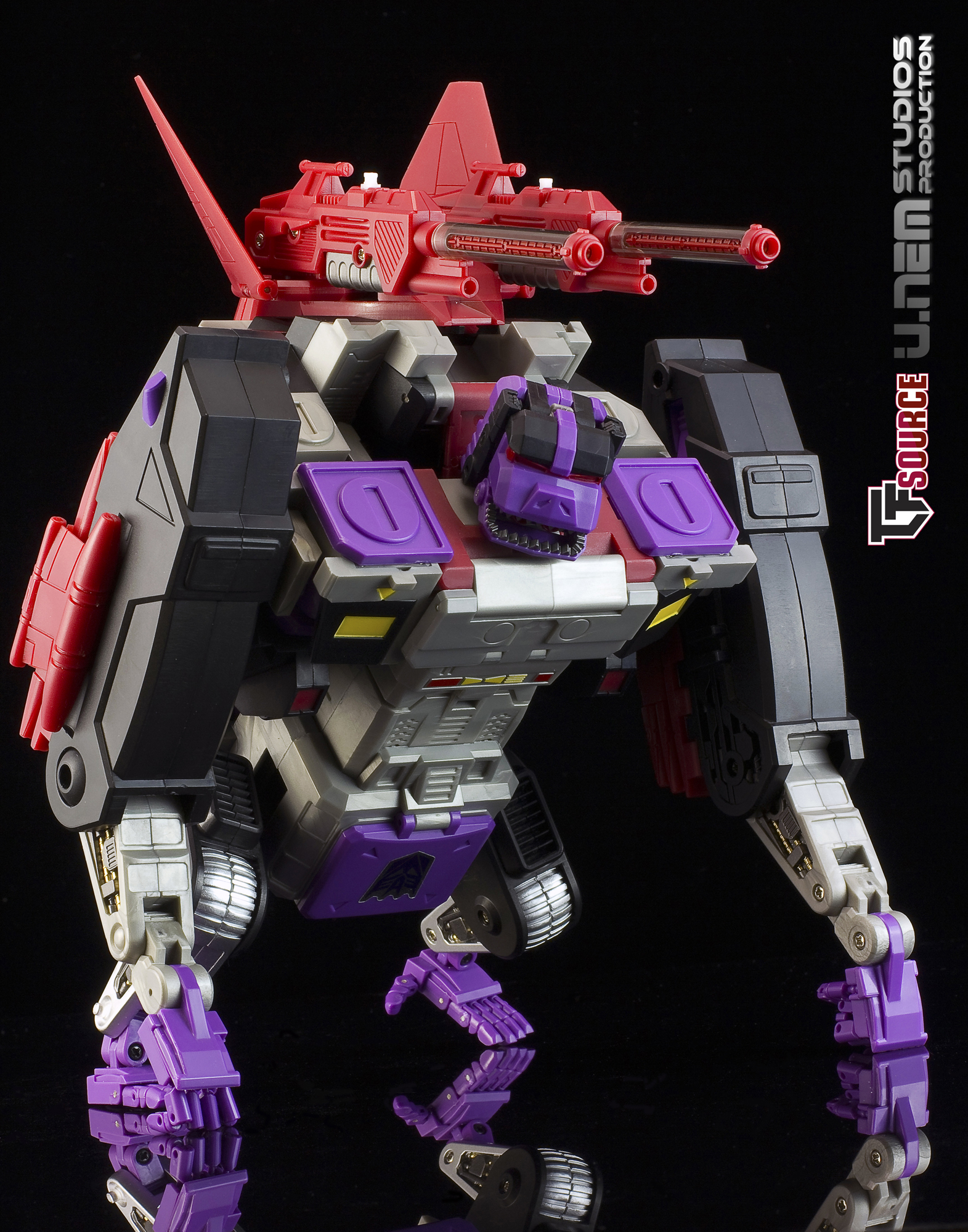 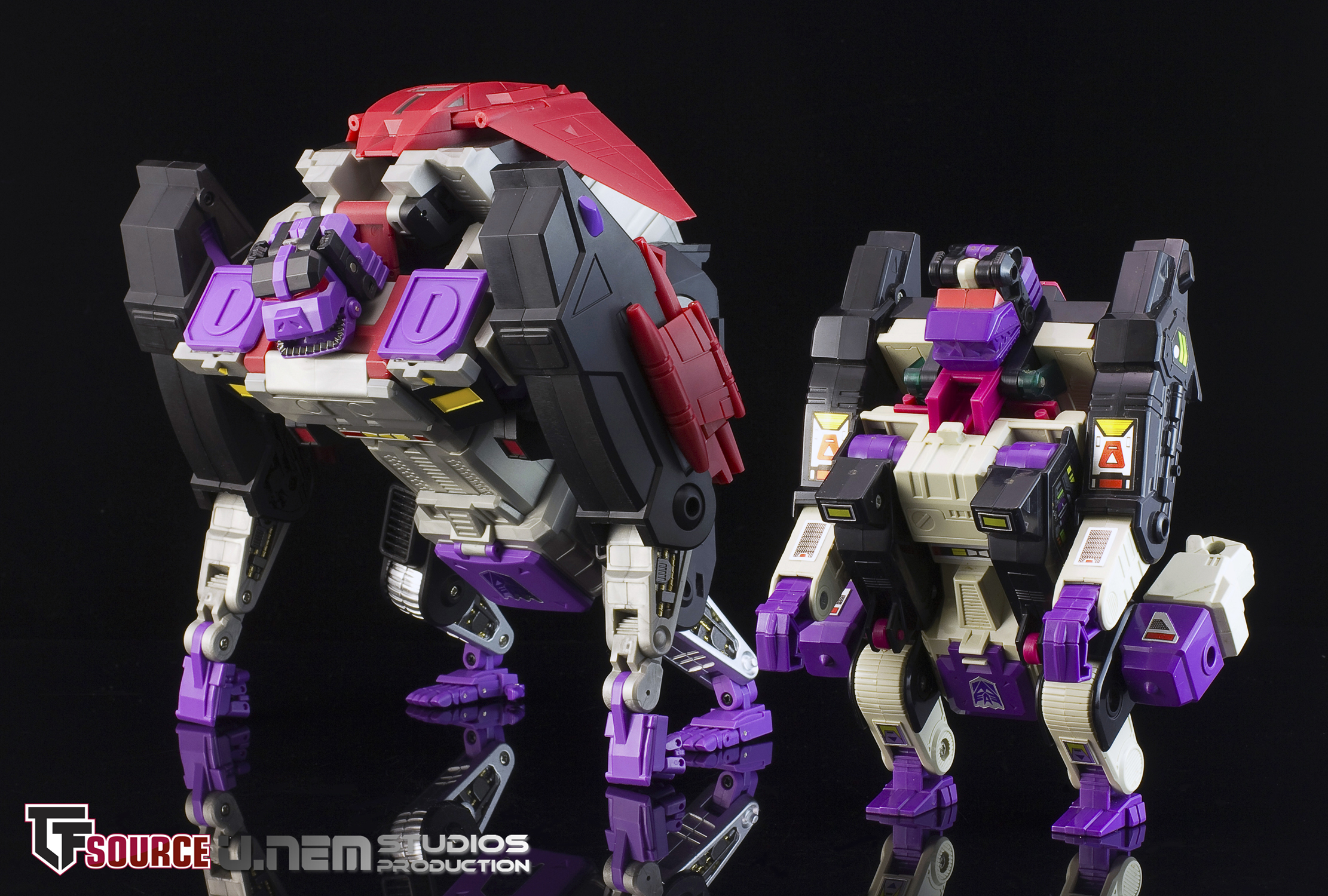 After transforming to jet mode, the first impression is that it’s huge! The jet mode continues to pay homage to the G1 toy, although some modification to the rear of plane would have been appreciated. Nonetheless, the jet mode is passable and I presume most collectors display their figures in bot mode anyway. 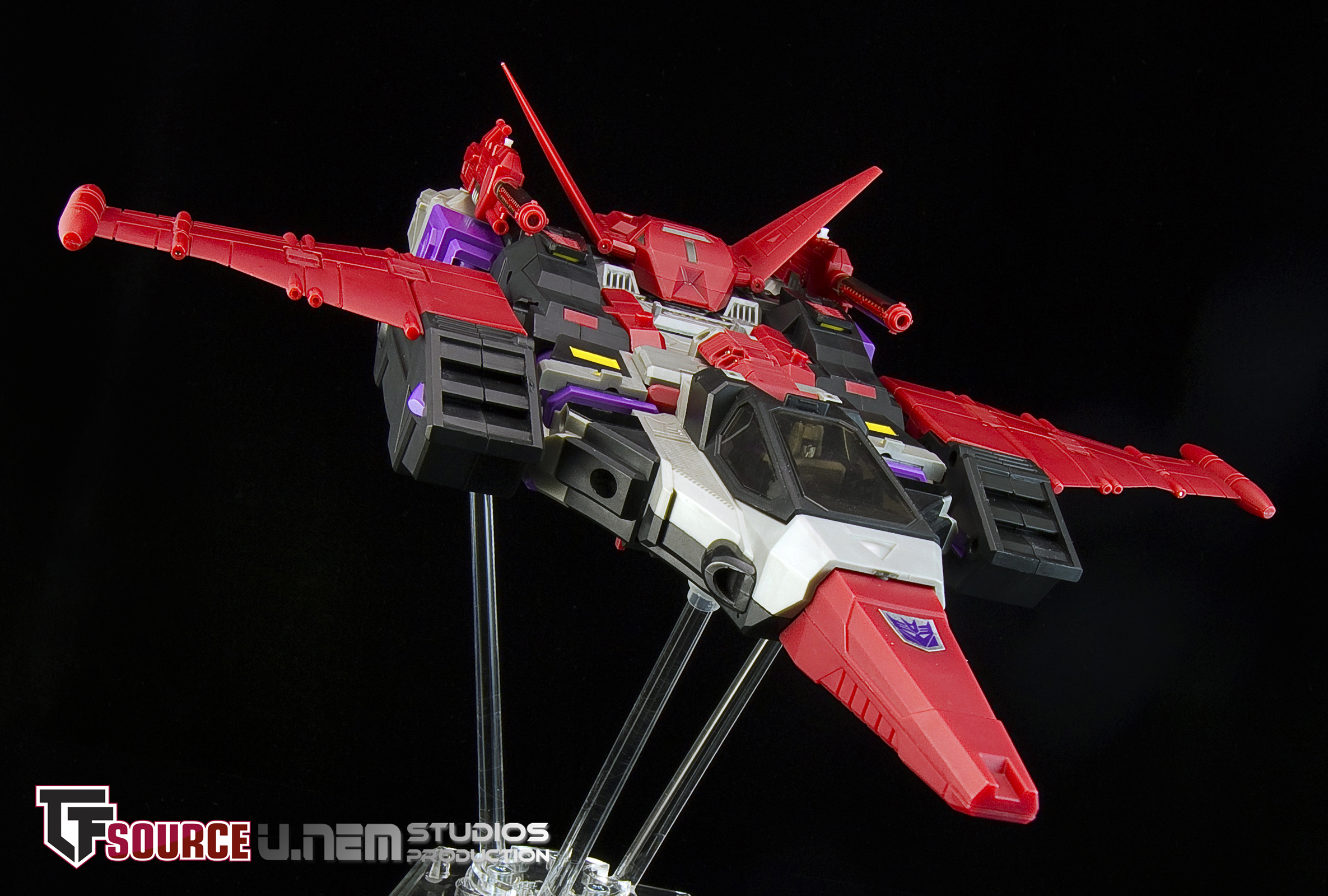 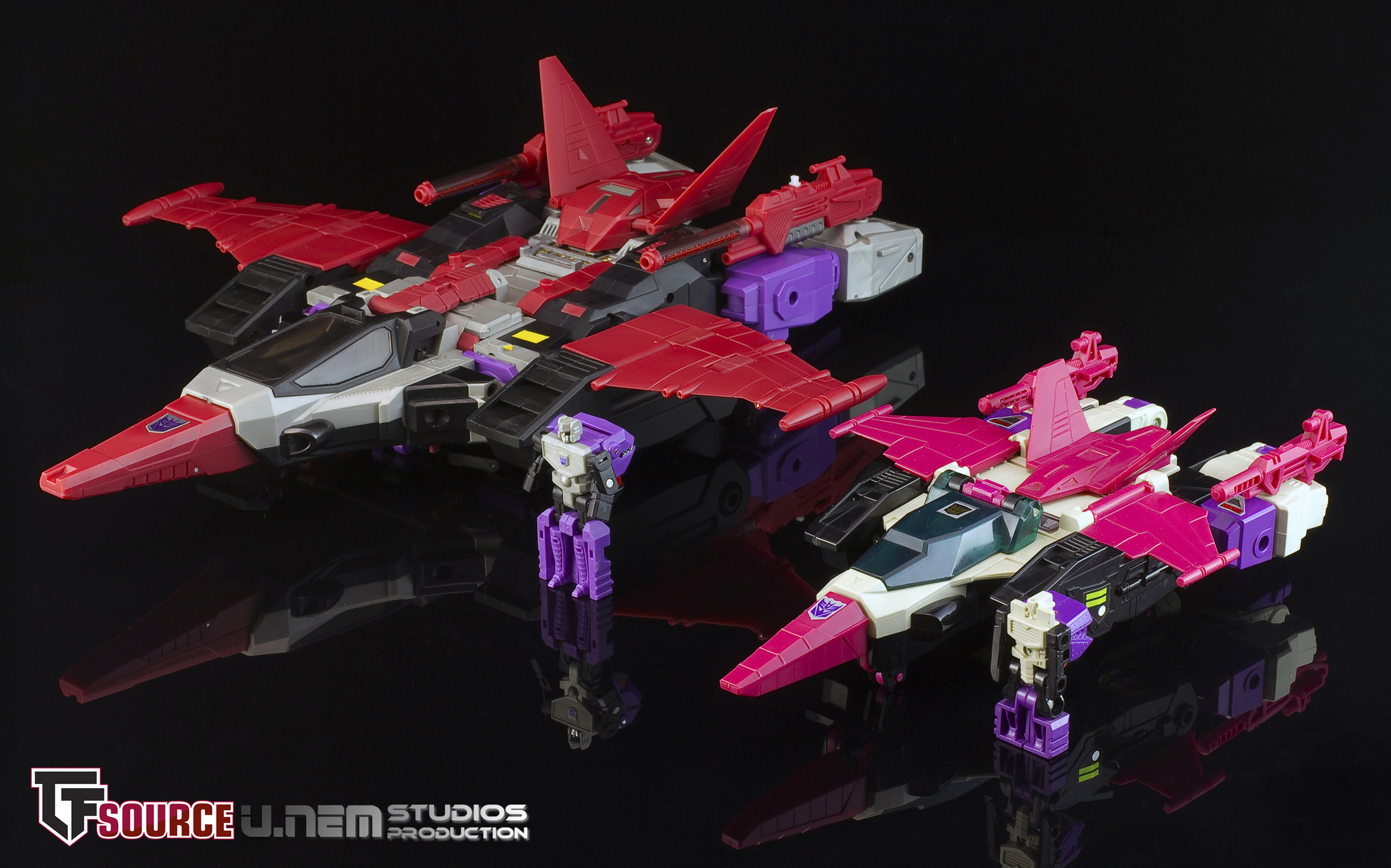 He’s quite a big fella but scales pretty well with other Masterpiece-scaled figures. 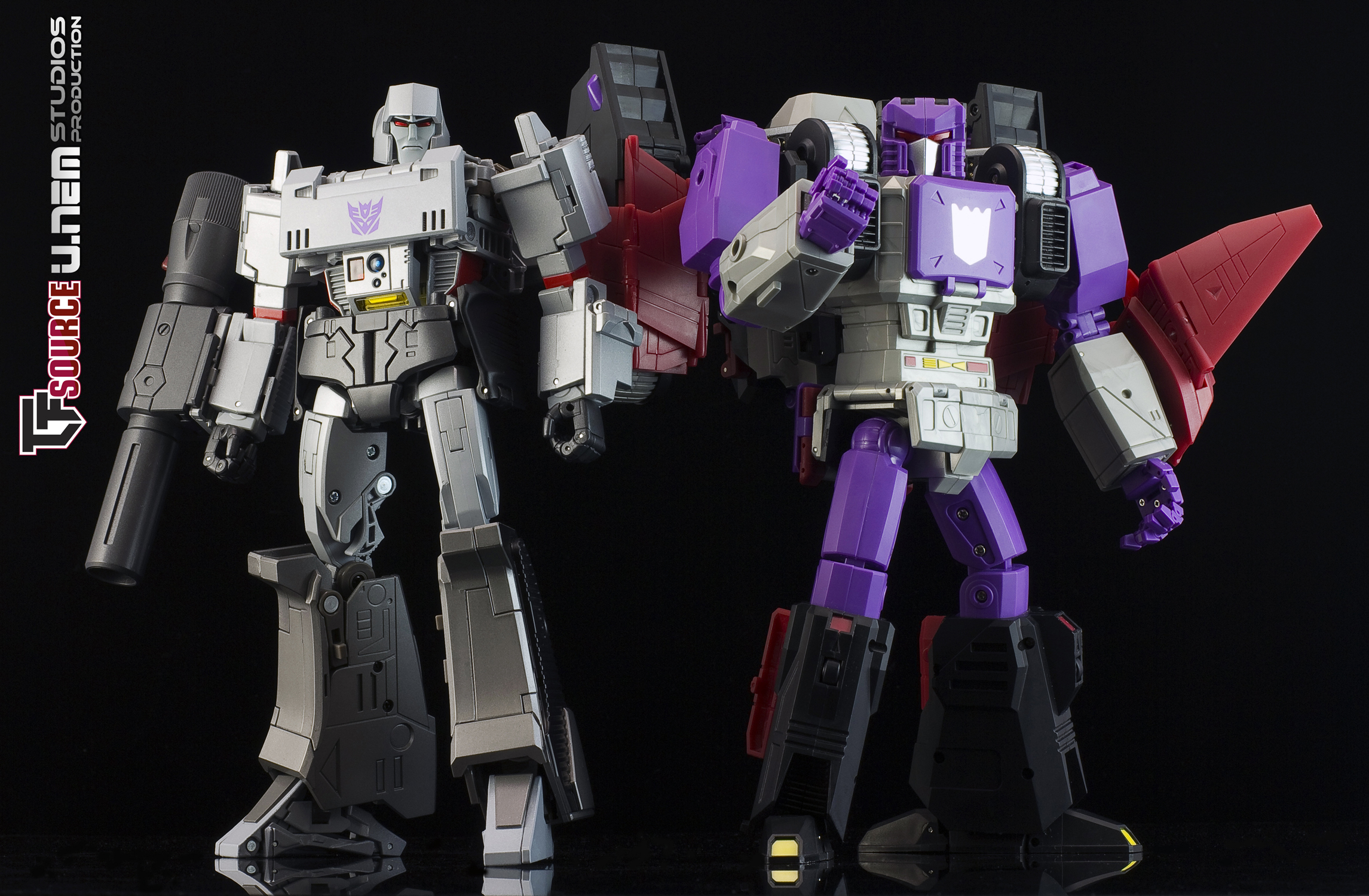 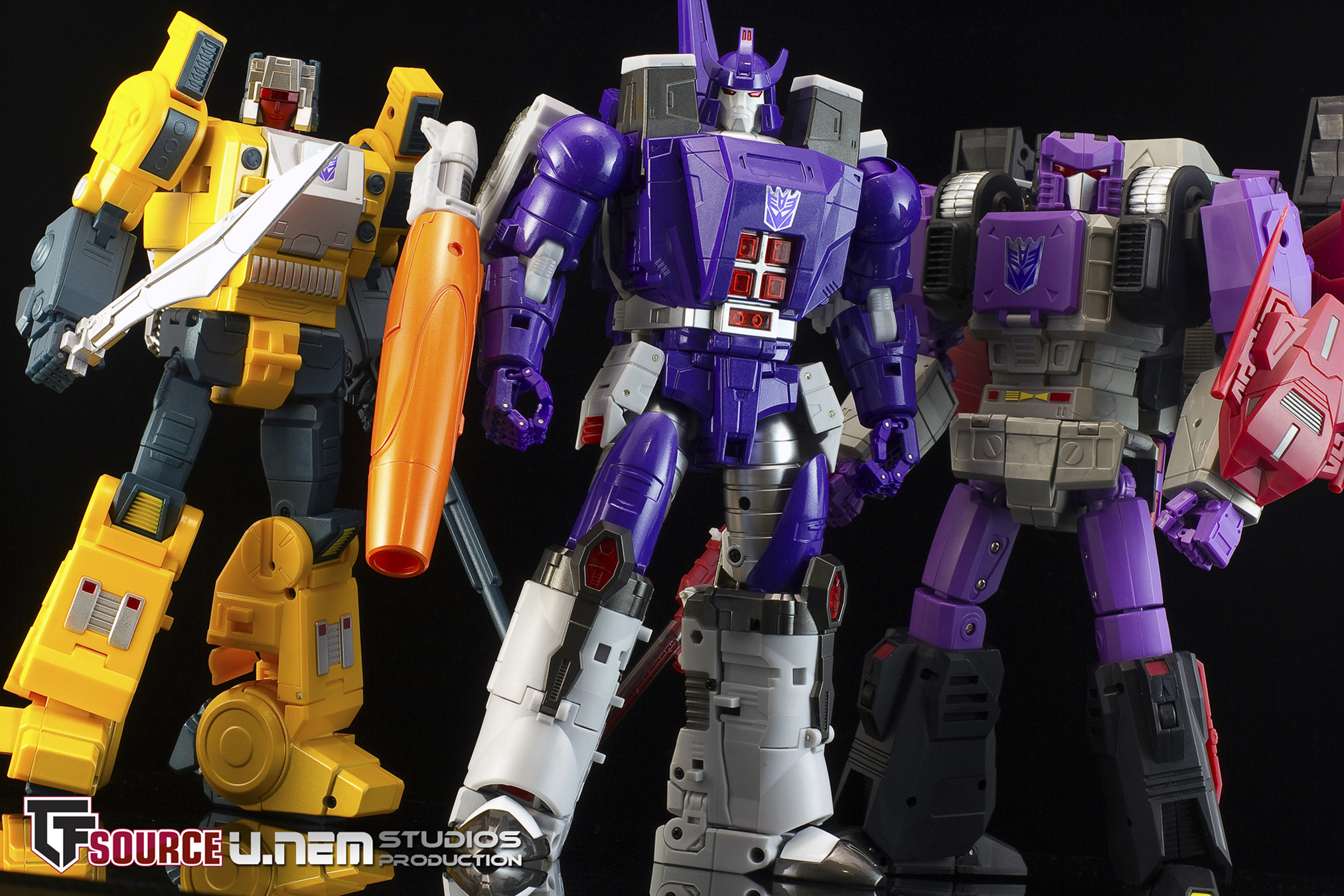 By now, it should pretty obvious that Kingorilla’s transformation is inspired by the G1 toy.  Transformation between modes is generally straightforward, with the exception of the back portion of the gorilla mode. However, once the parts are aligned, they hold together quite firmly. Kingorilla comes with Konggor (headmaster), two blasters, a tailfin shield and two thruster blast effect pieces. There are LEDs in both gun barrels and also in the cockpit. However, I feel that the LEDs in the guns should have been stronger to create a better effect. Another feature which is worth mentioning is the Headmaster power meter gimmick adopted from the G1 toy and works in a similar fashion when Konggor is plugged in. 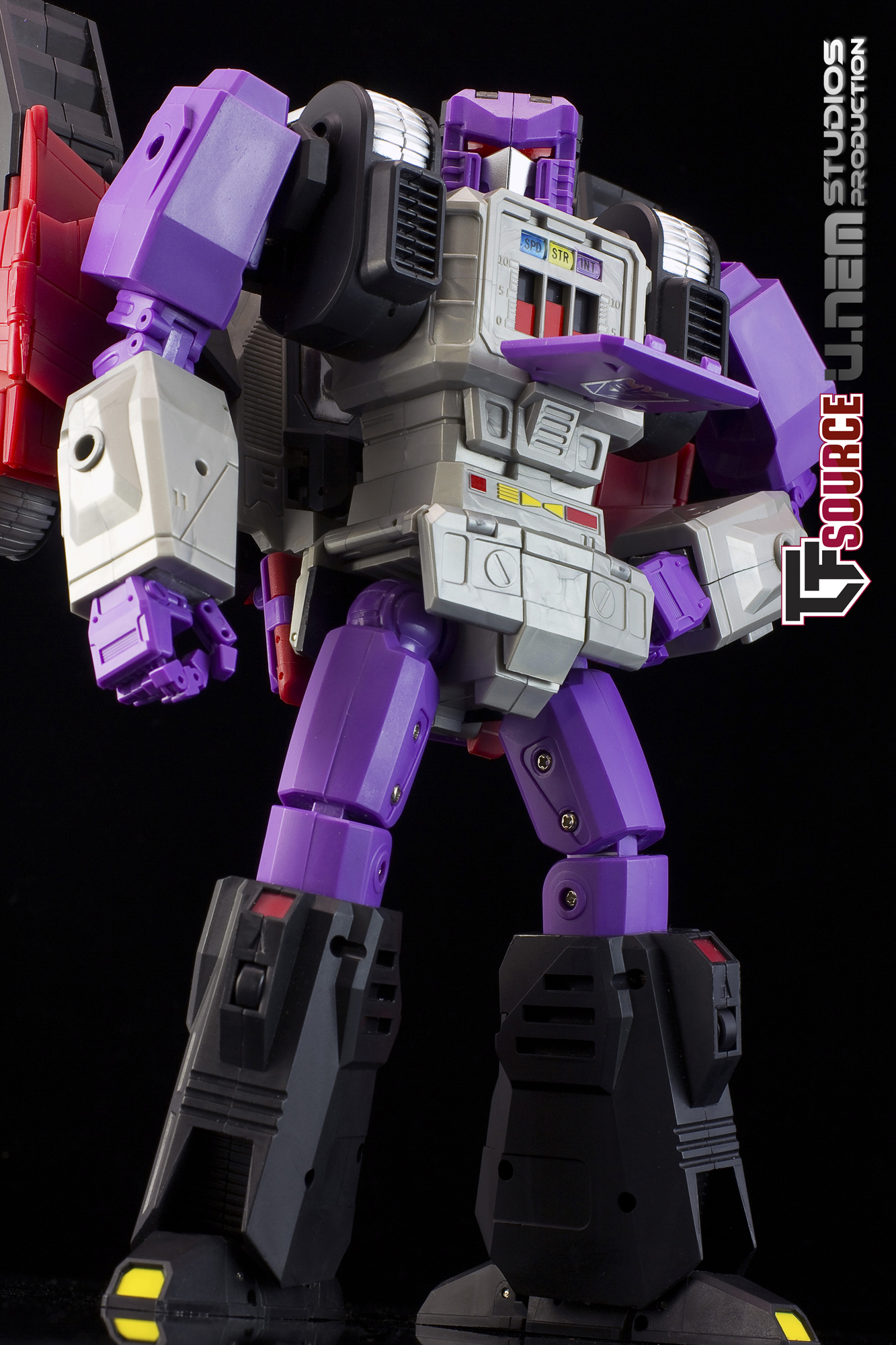 Kingorilla is well-articulated and has pretty good joints. It has the usual KFC-styled articulated fingers (and toes in gorilla mode), good ankle tilt, etc. Due to the weight of the figure, there is definitely some concern about how the joints will hold over time. 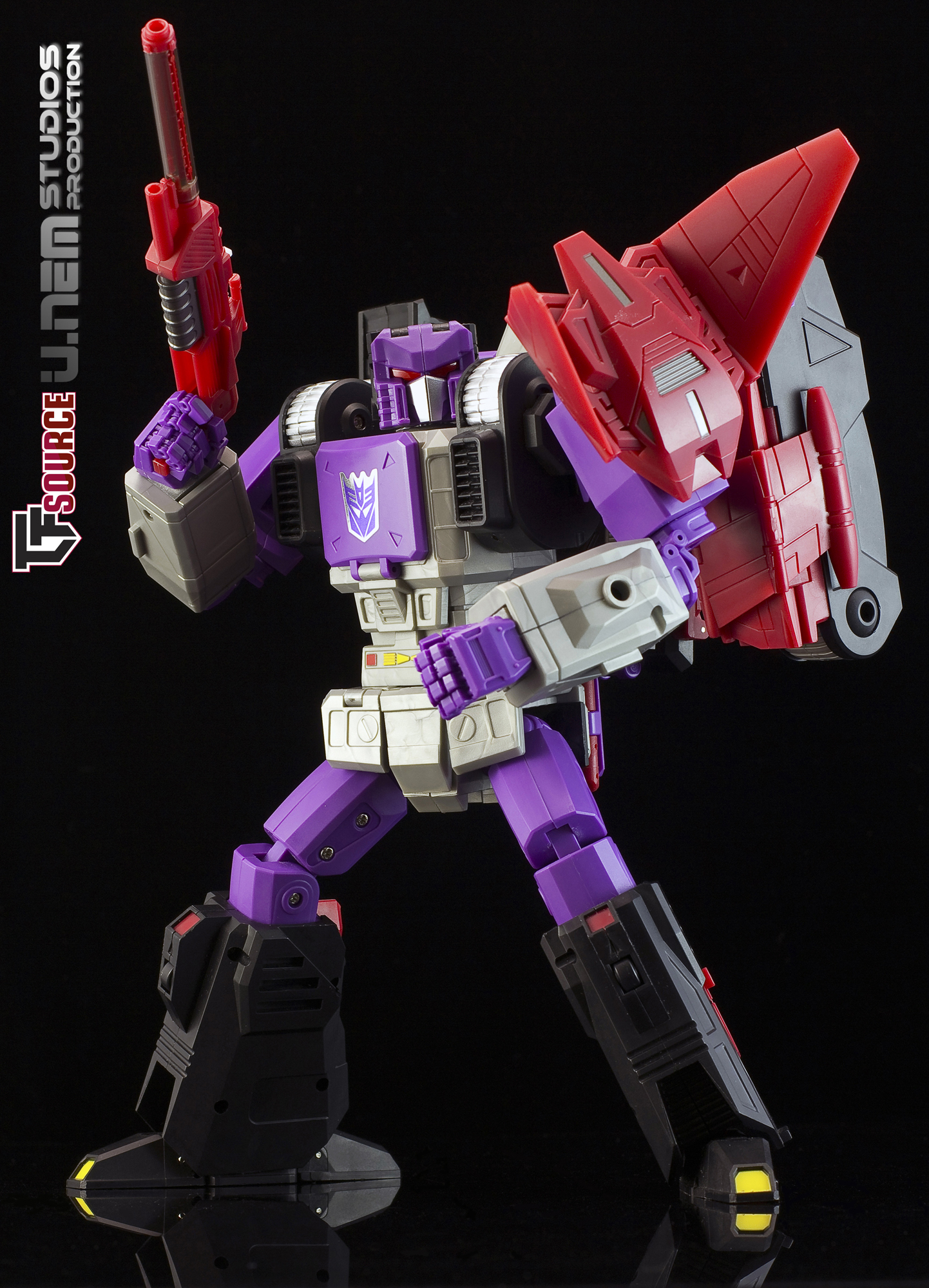 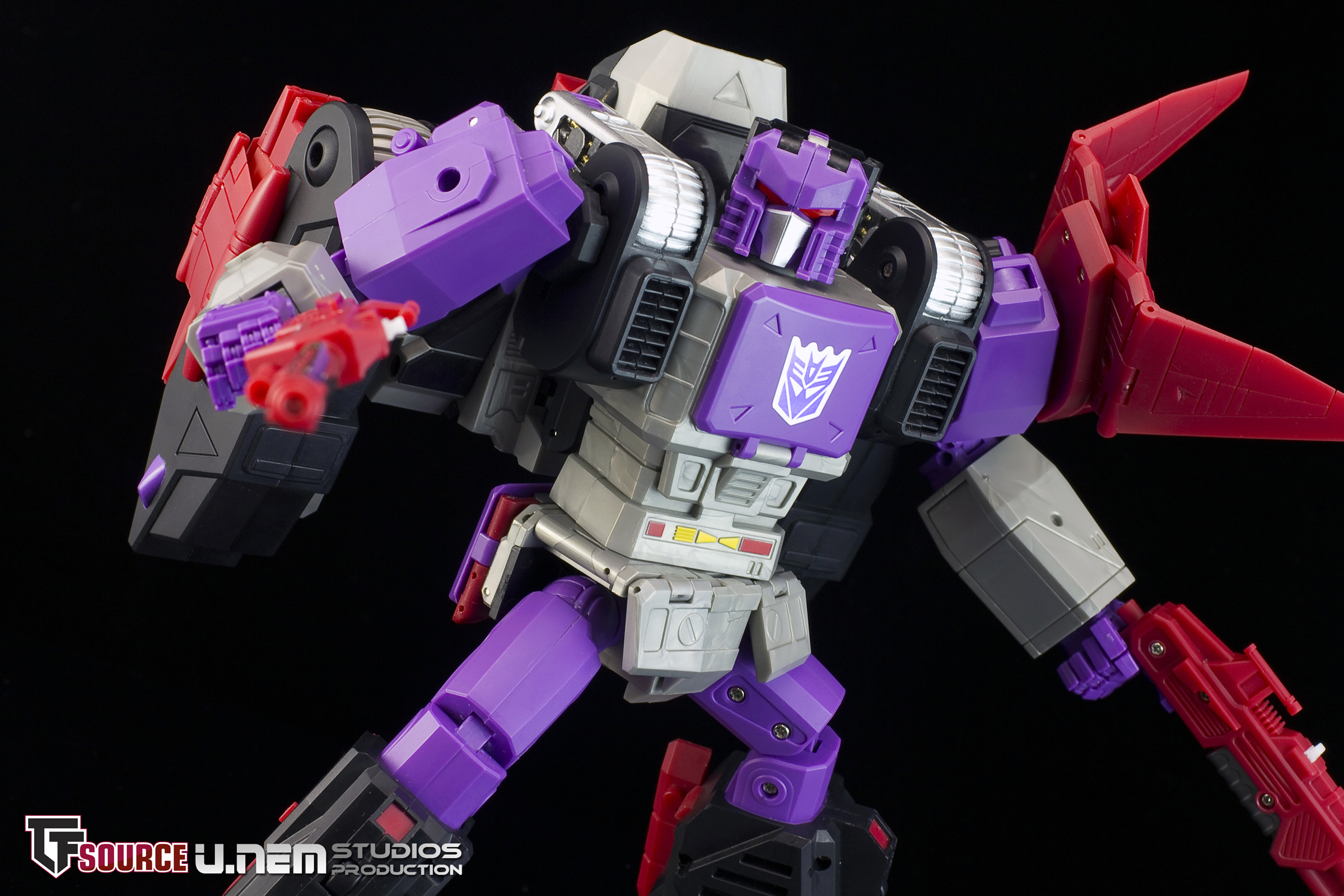 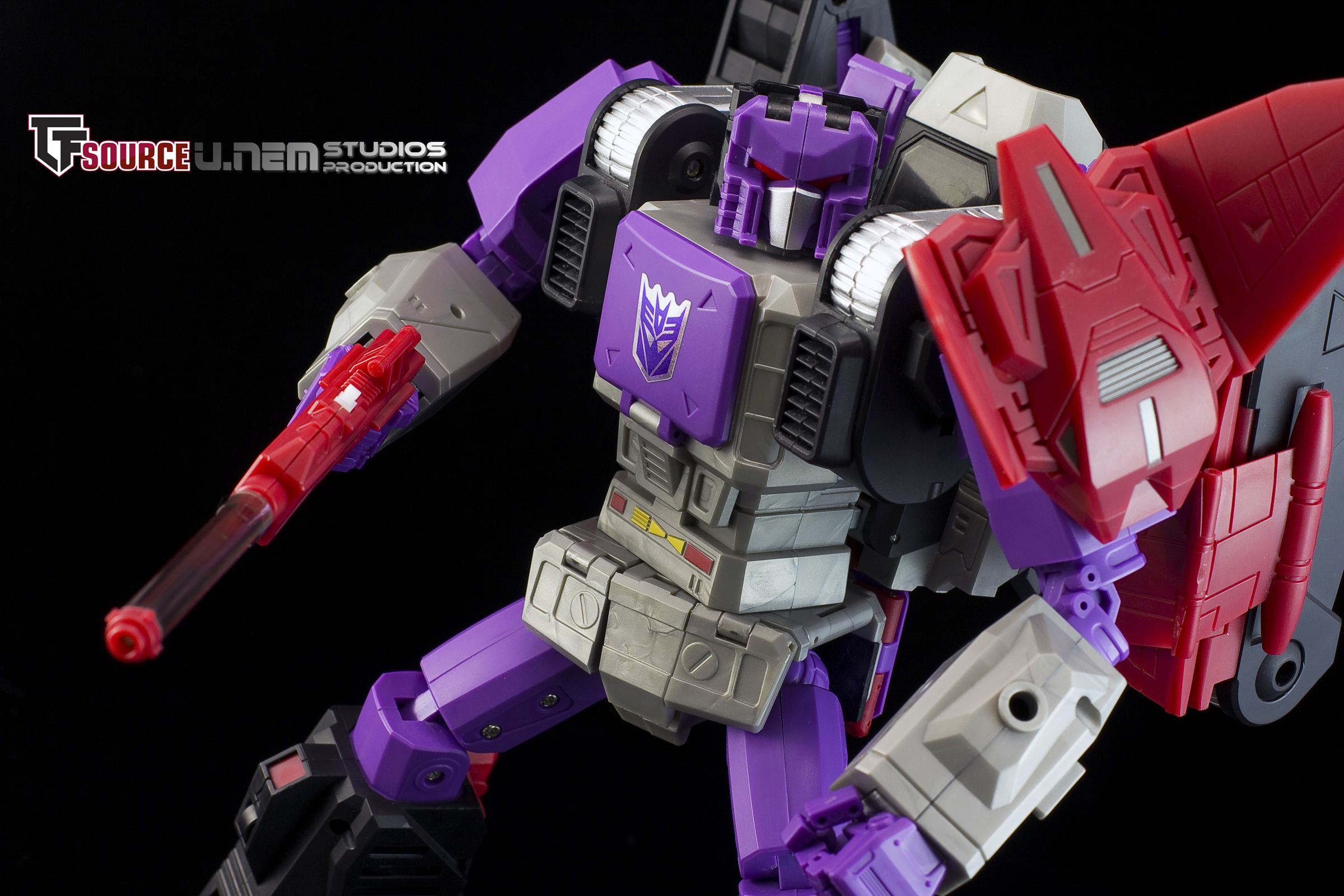 KFC does have many good ideas and concepts, but often stumbles during execution. While it would take a while to build up collectors’ confidence in their products, it’s also evident that they are listening to the fans, so props for that. Kingorilla is a decent attempt at a Headmaster Triple-changer. If the final production figures are as good as the production samples, fans should be quite contented with their purchase. Looking forward to Kingzilla now!