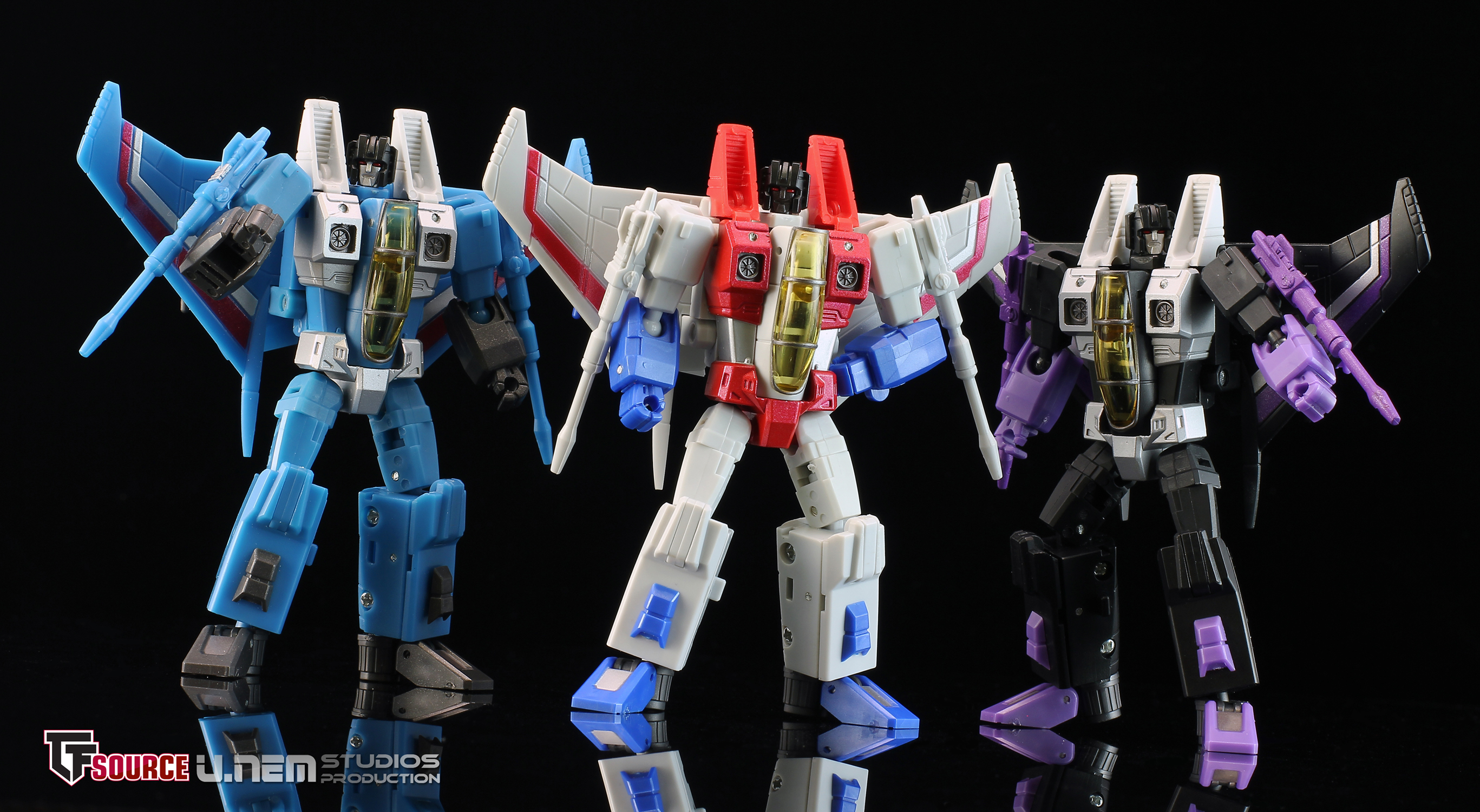 Legends class figures, in particular 3rd Party ones, are steadily gaining a foothold in the Transformers fandom. While most of the 3rd Party companies have ventured into Masterpiece-scaled figures, Legends class collectors are reassured that their niche is not being passed over.

DX9 has been churning out Legends scaled figures under their “War In Pocket” line, with many recent reveals (and also unrevealed figures) still in the pipeline. Their latest offerings are the G1-styled seeker trio of X16 Usurper, X28 Bluebolt & X29 Skyshaker.

The seekers spot good plastic and build quality. The figures are largely made up of plastics molded in colour with neat paint applications on the wings, chest and hips areas. The shades of red on Ursurper’s plastics and paint could have been better matched, but it’s nothing too drastic. 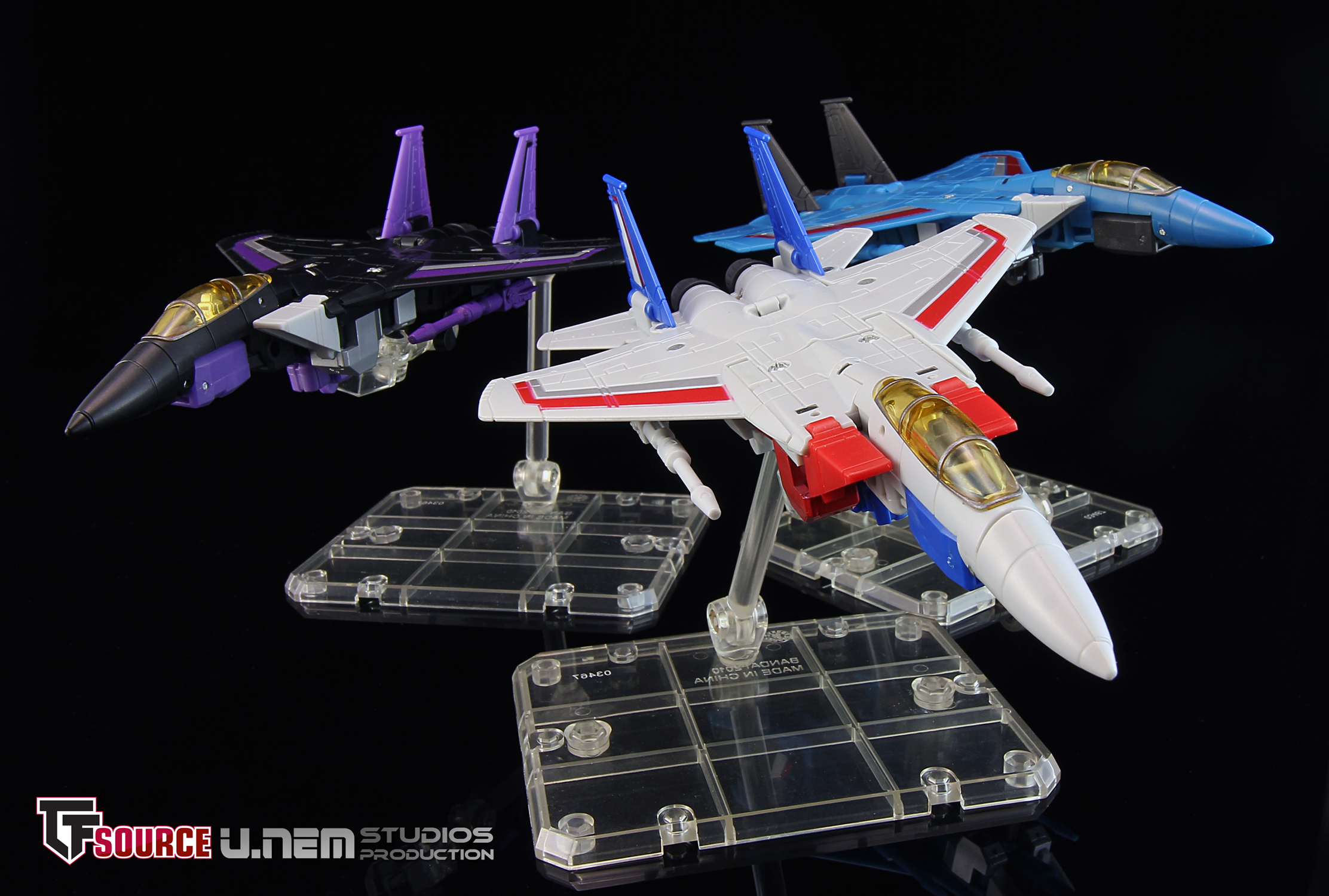 While I have not been the most ardent supporter of DX9’s War In Pocket aesthetics or proportions, this set is definitely a departure from the norm. The figures are pleasantly well-proportioned in both modes and the only part which may initially seem a little out of place is the neck area in bot mode. Usurper, Bluebolt & Skyshaker are pretty much identical, with the exception of the colour scheme and facial expressions. The transparent cockpits & null-rays are nice touches and complete the G1-ish look. 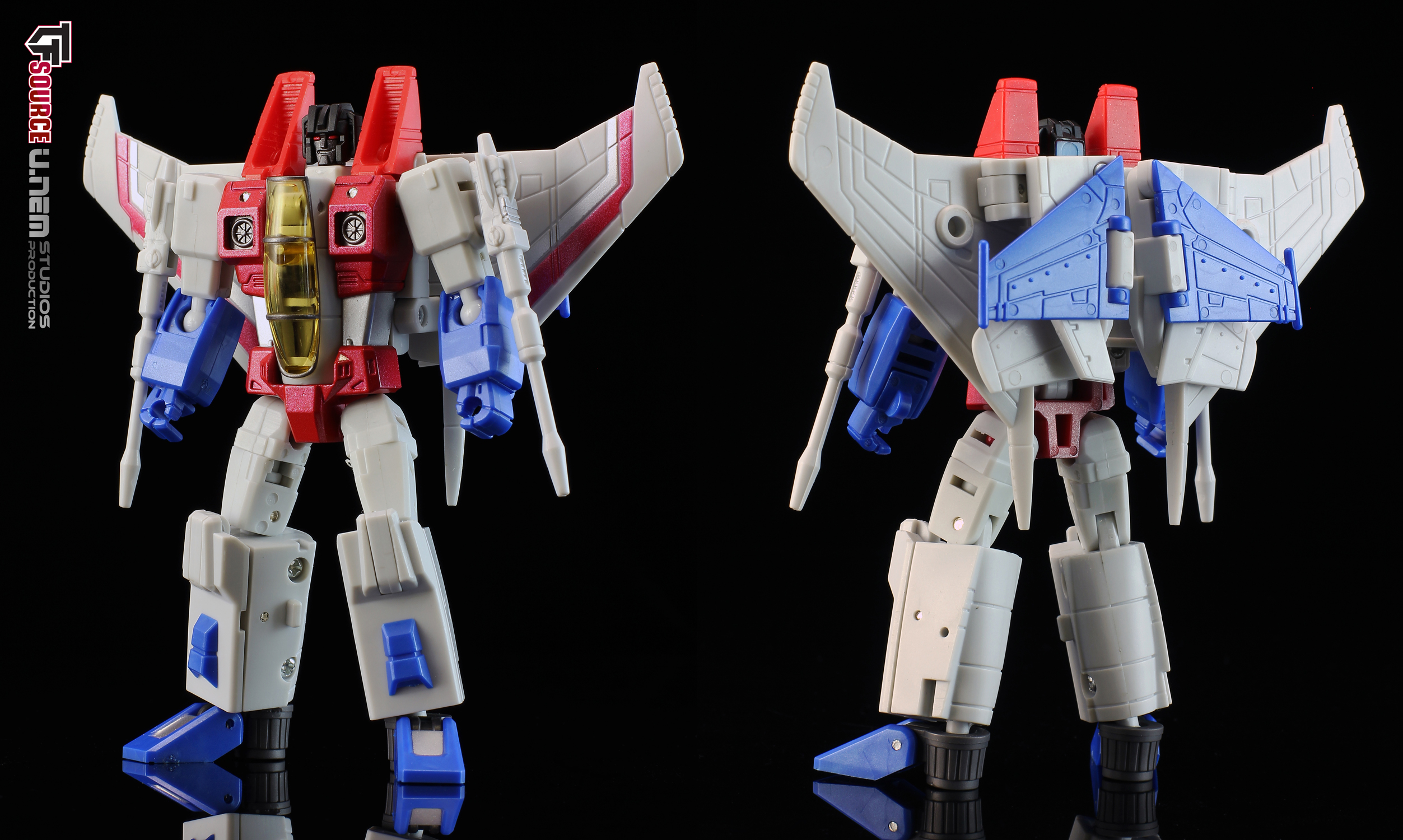 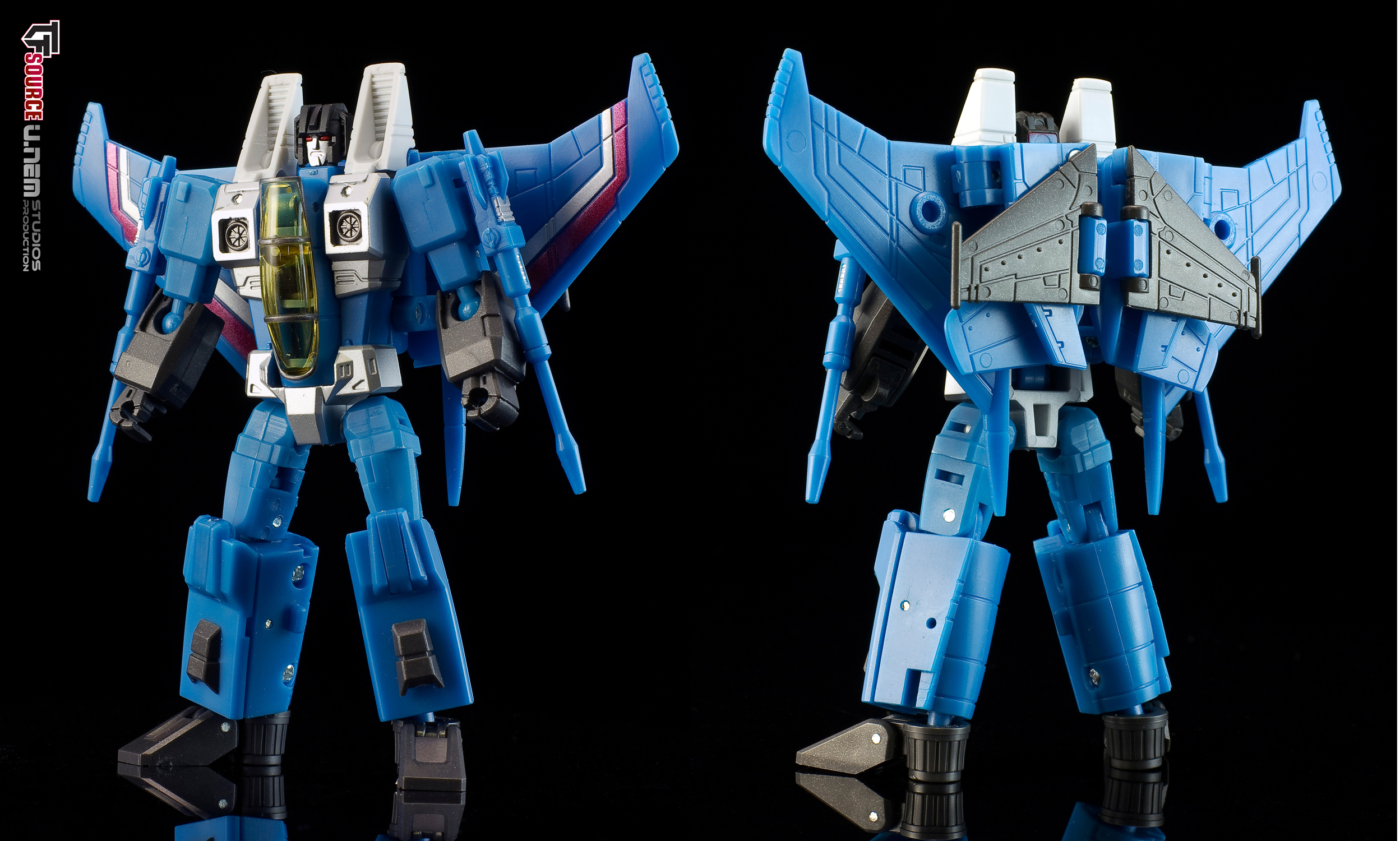 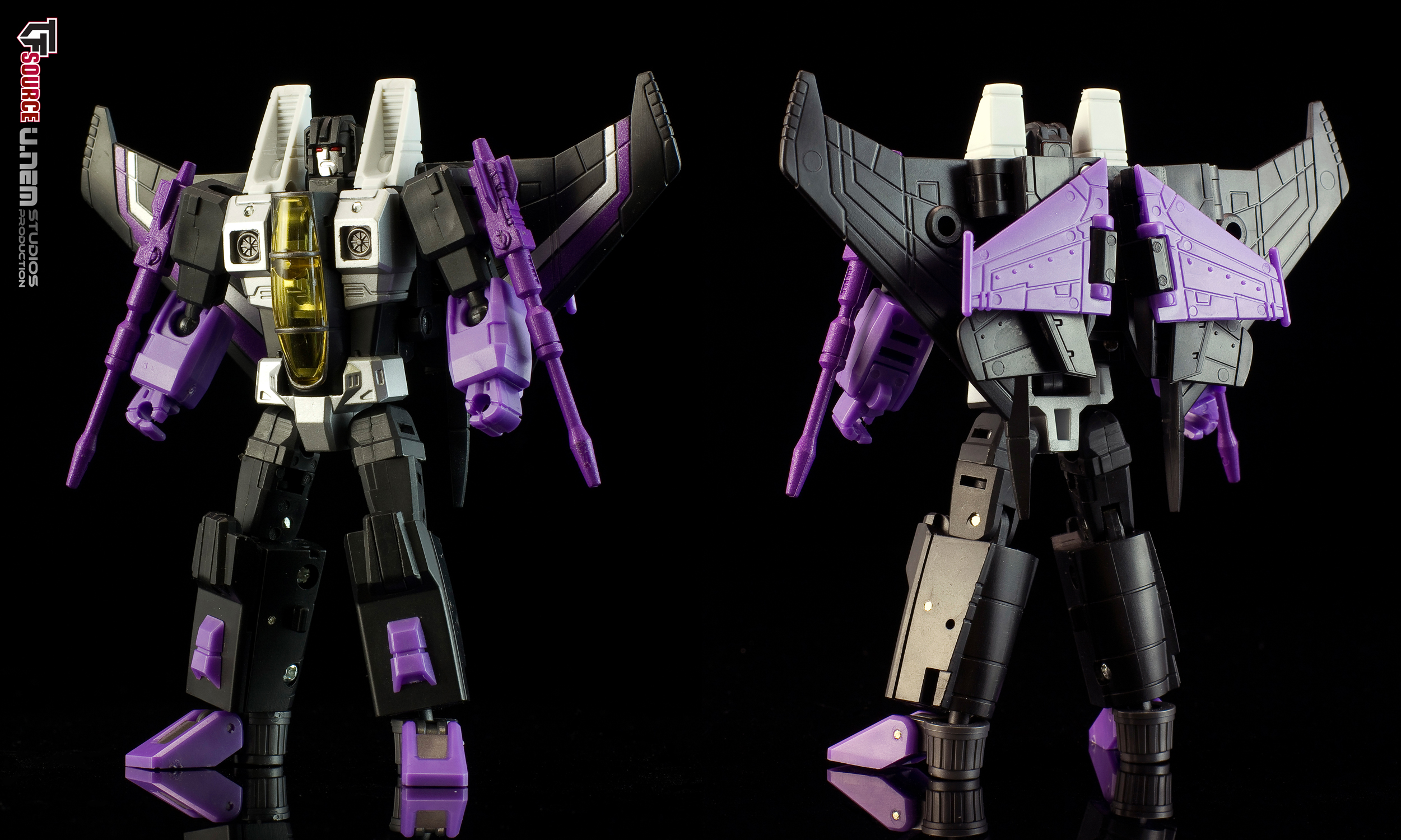 While these seekers are better proportioned, they are unfortunately taller than the earlier DX9 figures such as Tyrant, Hurricane, etc. 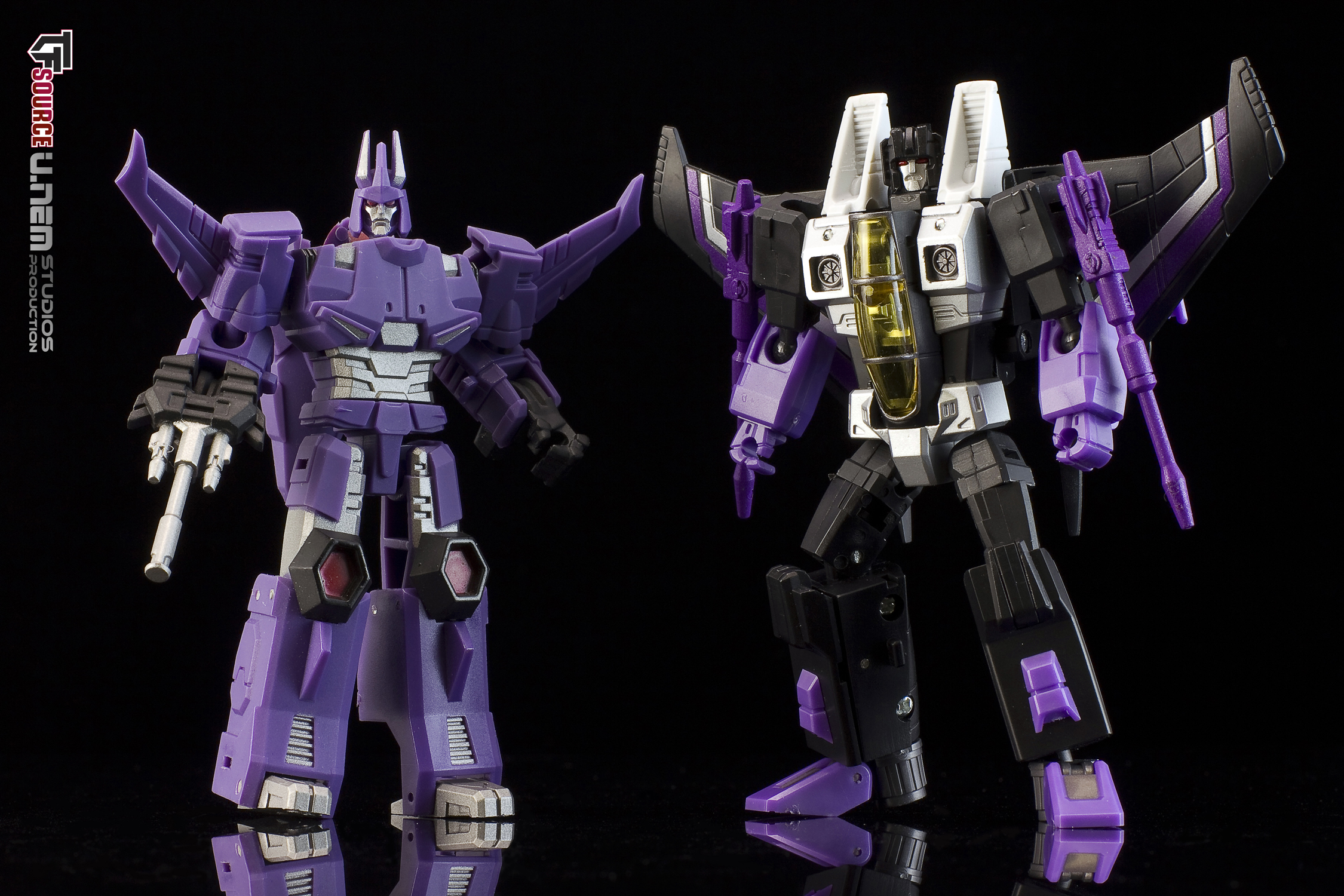 The design behind these seekers is the highlight to me. The figures arrived in jet mode and what immediately caught my attention was how the arms of the figure double as the lower section of the cockpit and also form the landing gear. Props to the designer for moving away from the norm and being creative with the transformation sequence. There are definitely more steps involved in the transformation when compared to your usual Legends class figures. In fact, I would say that it has one of the best transformation sequences for a figure of this size.  A very involved and intuitive experience. 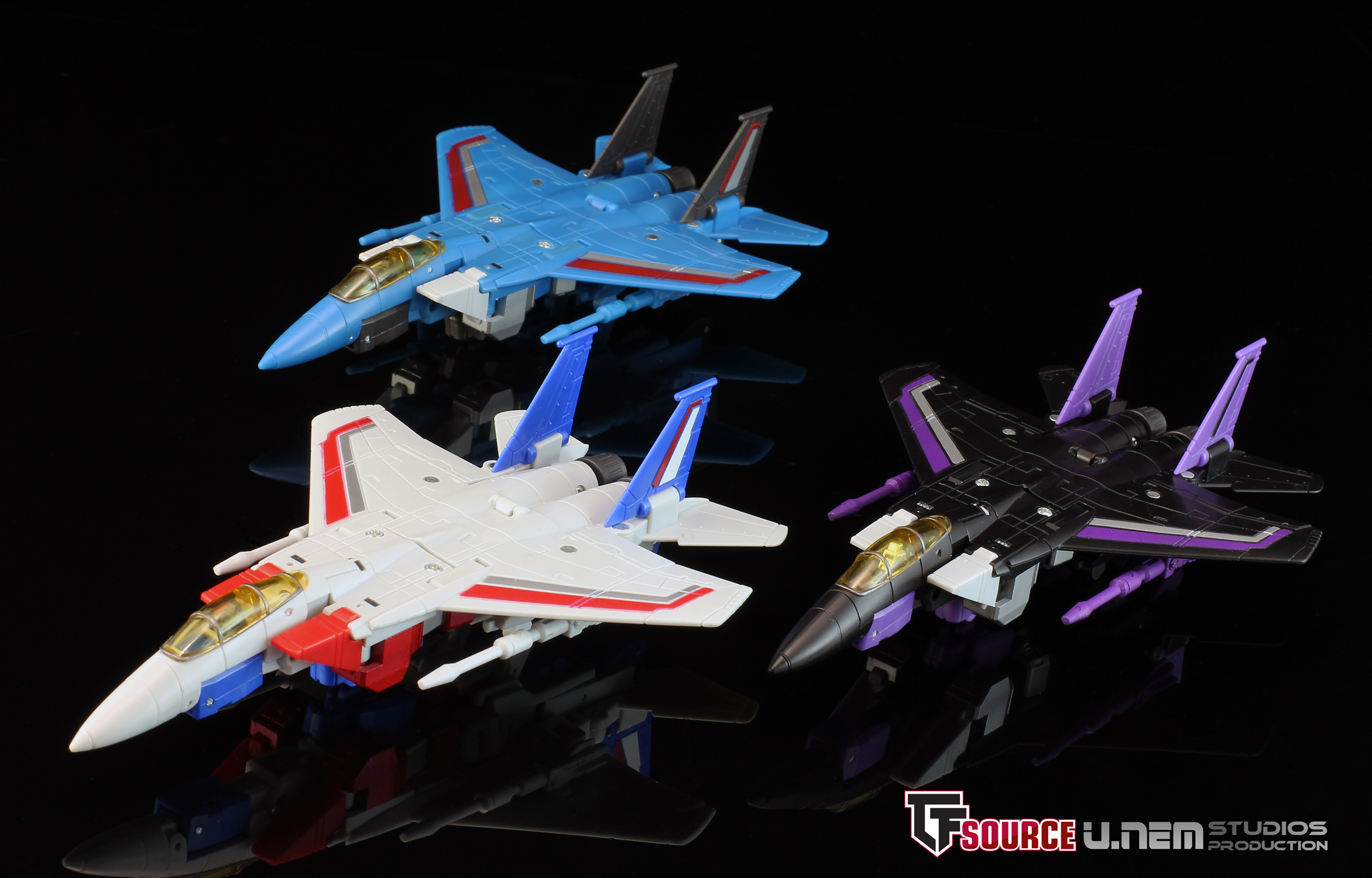 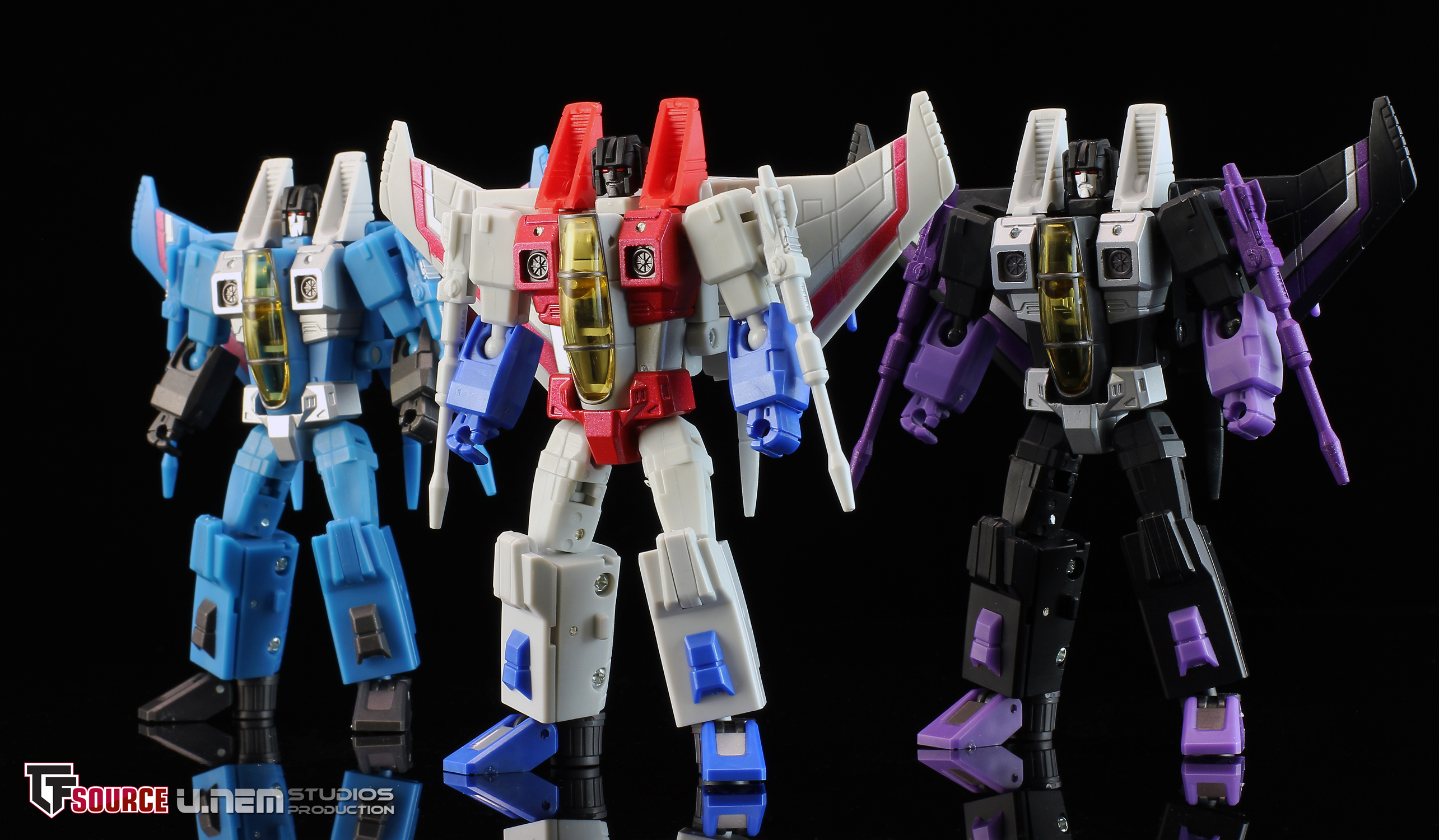 The seekers are a lot more articulated when compared to their earlier counterparts from DX9. They spot decent head and arm articulation, thigh swivels (!) and much appreciated ankle tilts. The last two contribute a great deal to the stability and posing of the figure. However, the figures do lack waist and wrist articulation. If the jet exhausts, which act as the heels for the figure, were a tad lower, balance for the figure would have been even better for certain stances. 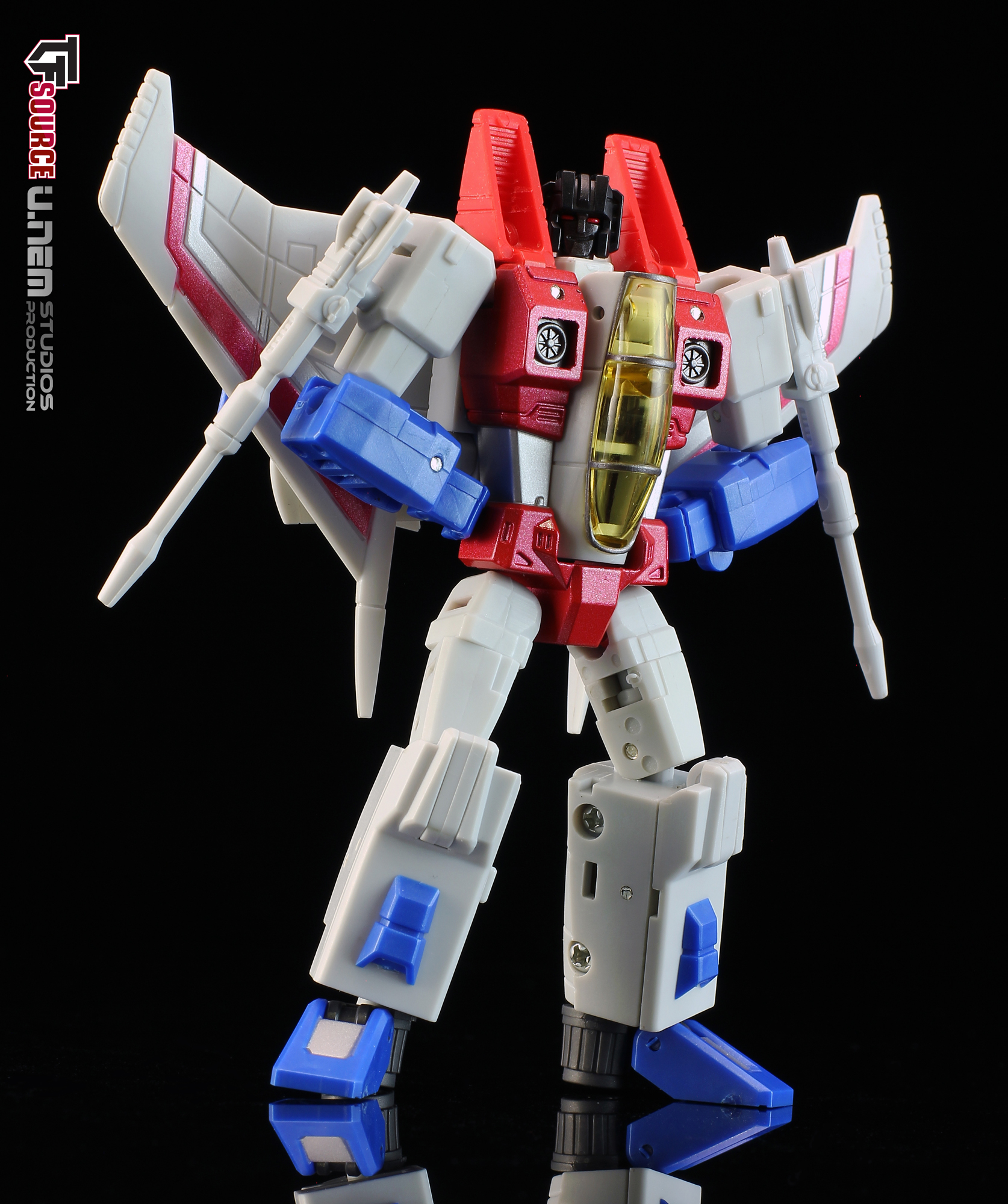 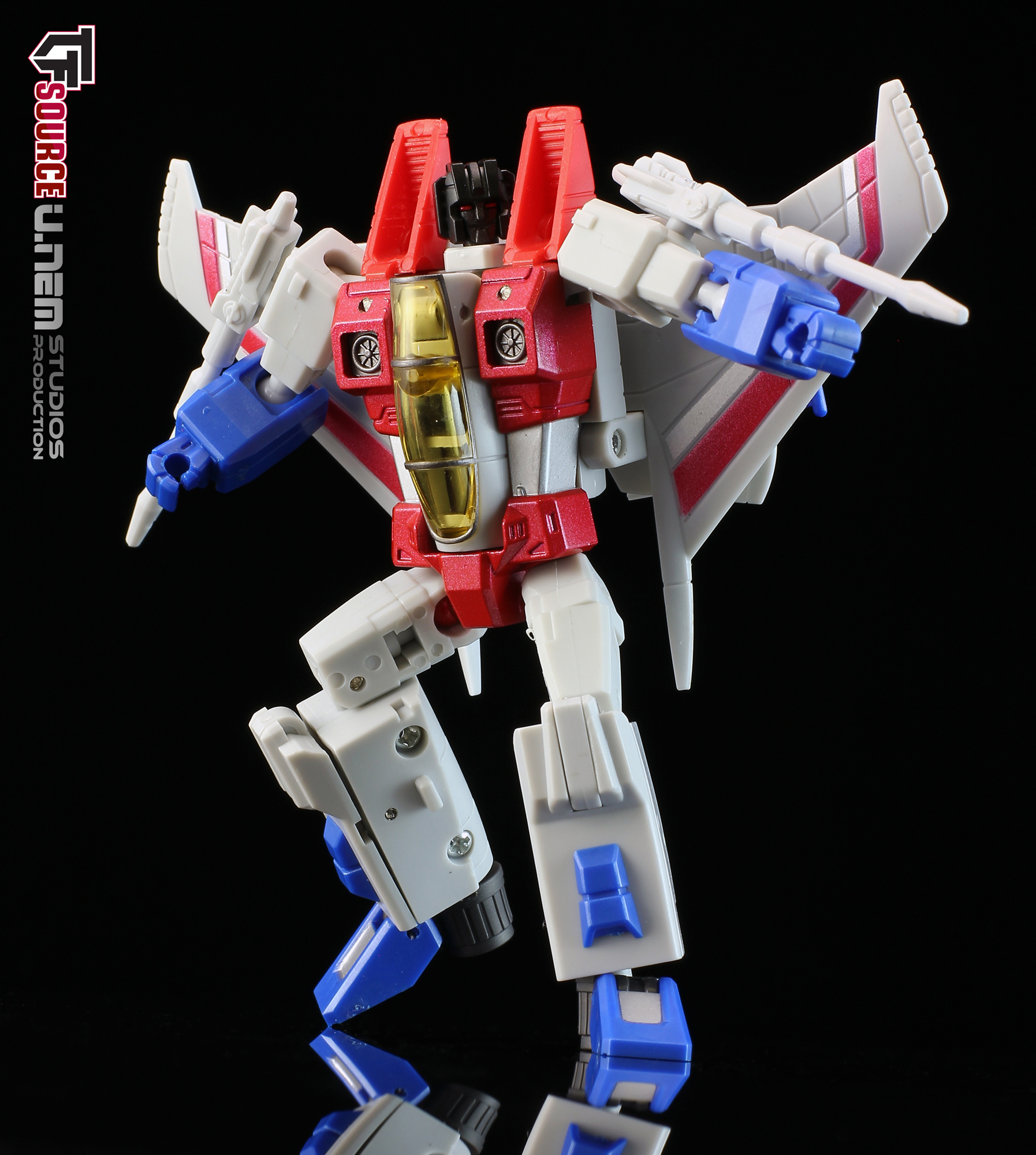 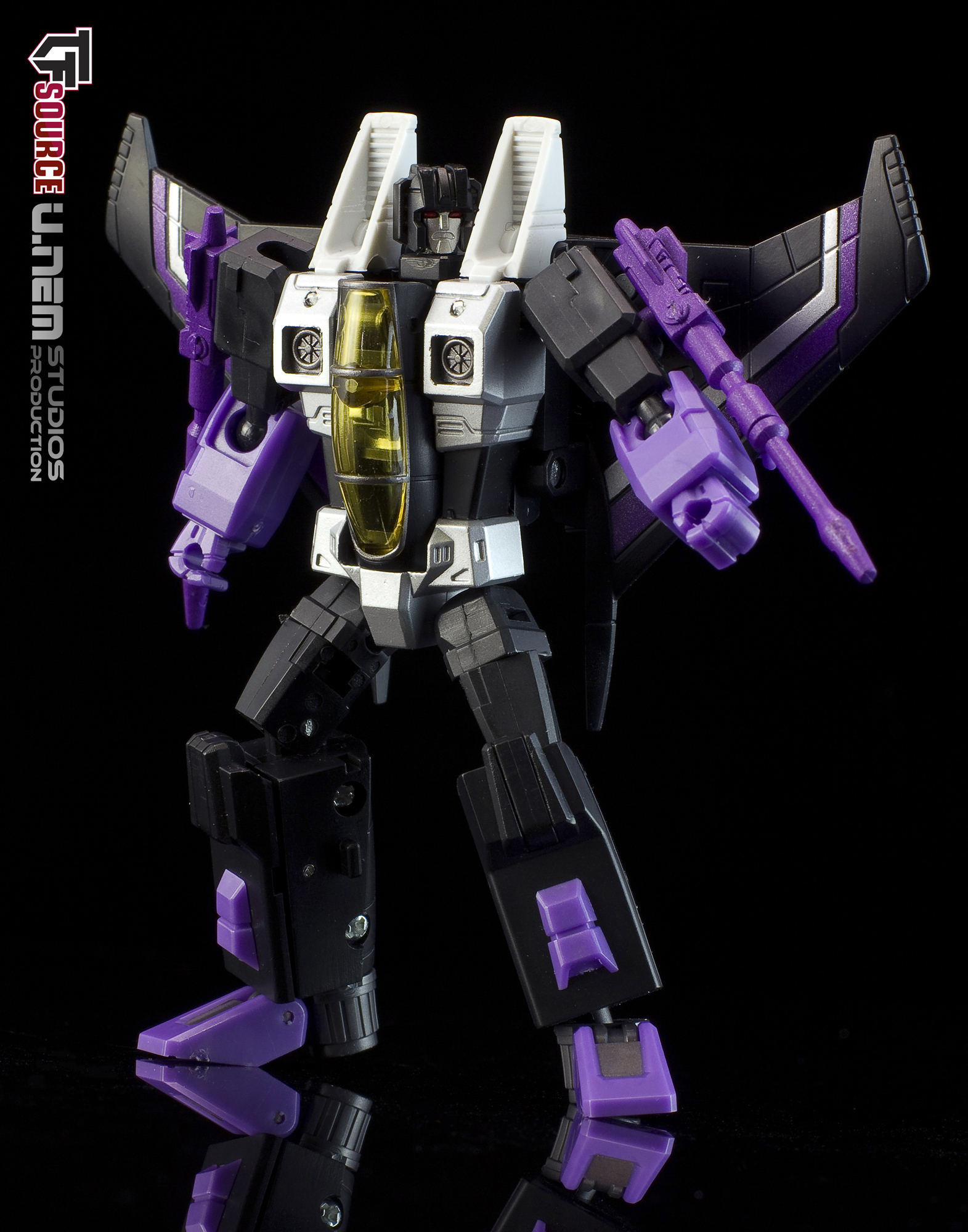 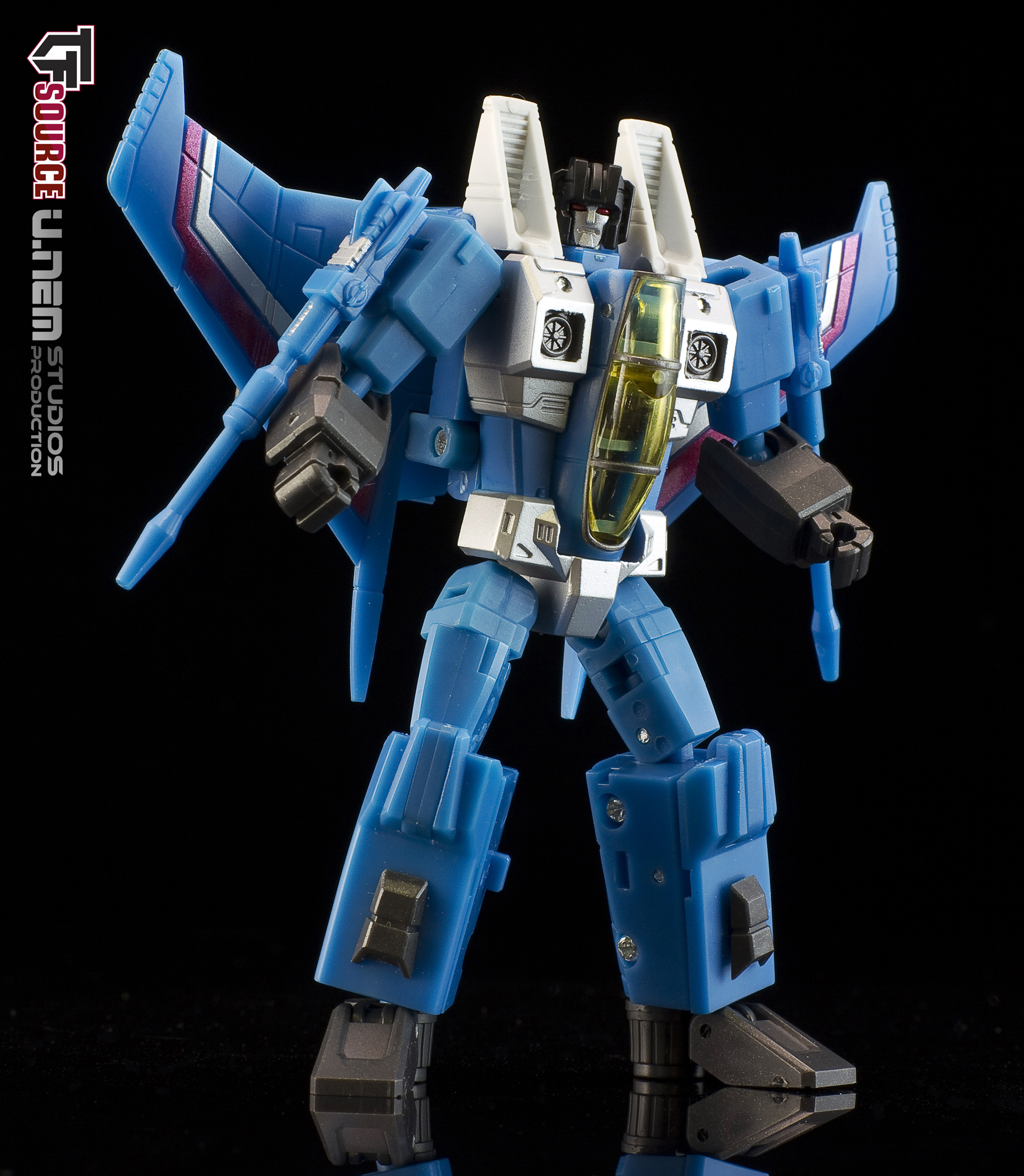 Confessing again that I’m not a big DX9 fan, but these guys really impressed me. If you are seeking (pun intended) G1-styled seekers in Legends scale, these are probably the best there are in the market.