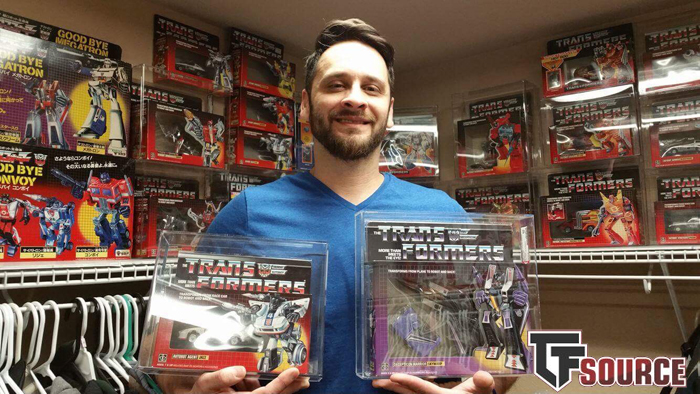 Humble by name, humble by nature. This week’s interviewee has a magnificent collection of boxed and sealed Generation 1 Transformers from both Hasbro and Takara. Cordy Humble has a very personal story regarding how he came to be an AFA graded G1 collector that goes beyond what many would assume about such an enthusiast. Having dealt with Cordy in the past when I’ve been after boxed G1 toys, and having communicated with him regularly online, I’m thrilled to be able to feature yet another fine example of the kind of quality individual we have in the Transformers fan community. Quick to credit and help others, this is now his moment in the spotlight, and how well deserved it is. 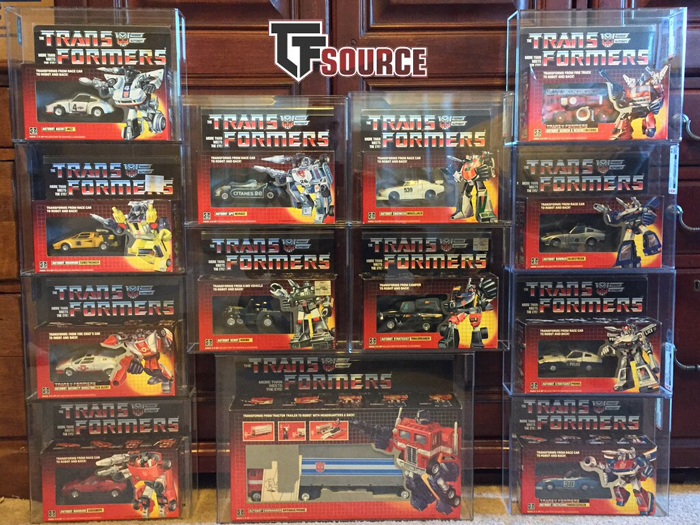 First off, many thanks to Maz for the honour of being asked to share my collection and story.

My name is Cordy Humble and I’m a G1 sealed/AFA collector. It’s been a long journey from a loose G1 collector with only a few figures to a near complete G1 MIB collection and finally bringing me to a growing AFA graded G1 collection. When my firstborn son was about five years old, I decided I wanted to get a few of my favourite toys from childhood for him to play with. Unfortunately, the few transformers I actually owned as a kid did not survive to be passed down. Now I just needed to figure out how to find them. Fortunately a cousin of mine who is a huge Star Wars collector introduced me to eBay. Like many collectors, that opened up a whole new world of possibilities. 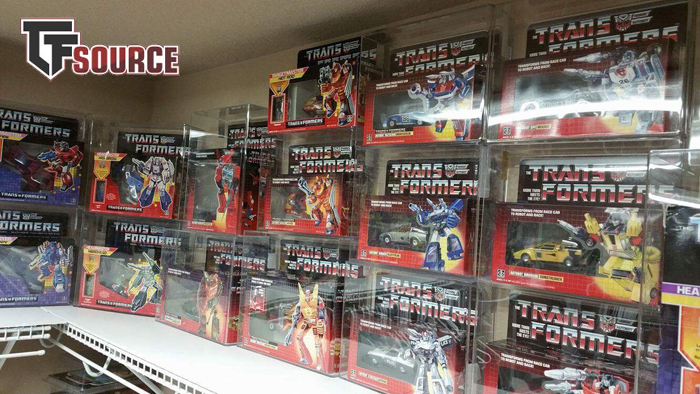 By the time my son was 11, I had just about everything MIB from 84-88 including quite a few of the Japanese exclusives. It was at that time I realised my youngest wasn’t asking to take them down from the shelves and play with them anymore. The last time she had asked, she broke Starscream. All three of my kids had grown up playing with them and watching all the cartoons with me, but they were beginning to lose interest. I had sort of a collecting epiphany in that moment. I wanted to start collecting just for myself. 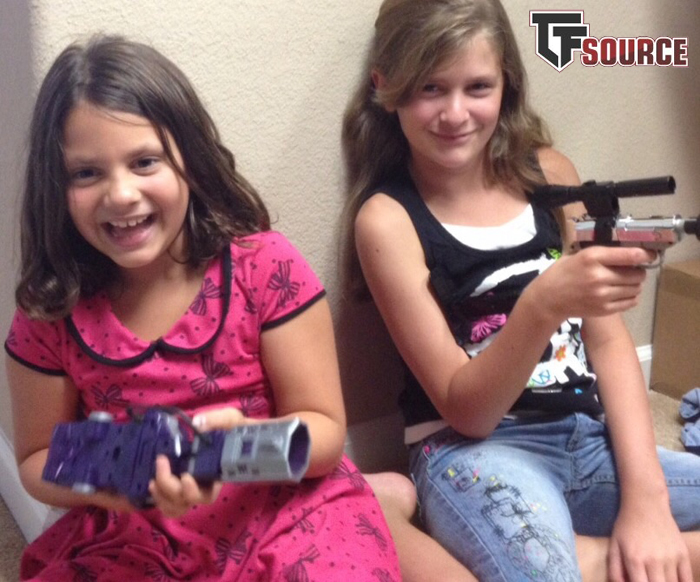 There were a few key factors that pushed me in the direction of AFA collecting specifically. First off, growing up poor and consequently not actually owning many of the toys, my experience with them was mostly walking up and down the toy aisles just staring at them on the shelves all lined up in beautiful rows. I wanted as near perfect examples as possible to recreate and stir up that nostalgic feeling. I was at a point where I wasn’t taking them out to play with them myself anymore and I wanted them to be preserved and protected. So, casing them up and grading them unused and dead mint was a natural fit for me. I look at them now as art pieces with a nice frame. 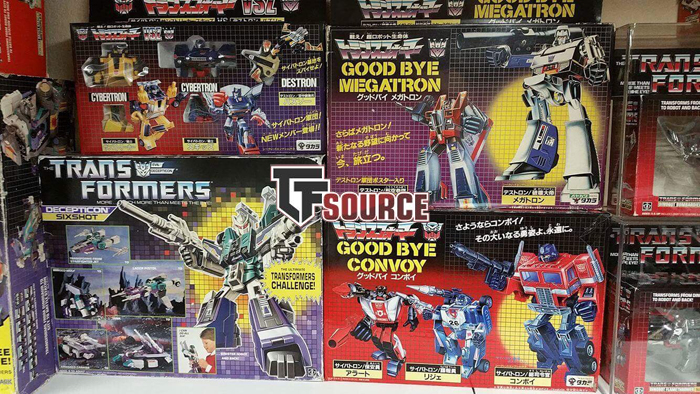 I admittedly enjoy the thrills of the grading process even with its ups and downs. I know the sealed/graded angle is a little controversial in the collecting community, but I hope my story offers some understanding to others as to how I got here. On a side note, one of the most rewarding aspects of upgrading to a sealed collection has been the connections I’ve made from selling off my MIB collection. It’s made the transition so much more pleasant knowing that some of my favourite collectors including guys like Jason L, Brandon Yap, Jeremy Black, Bryce Rutledge, Phil King, Ronen Kauffman, Ryan Lee and even Maz. All these guys have some of my old pieces displayed on their impressive shelves. 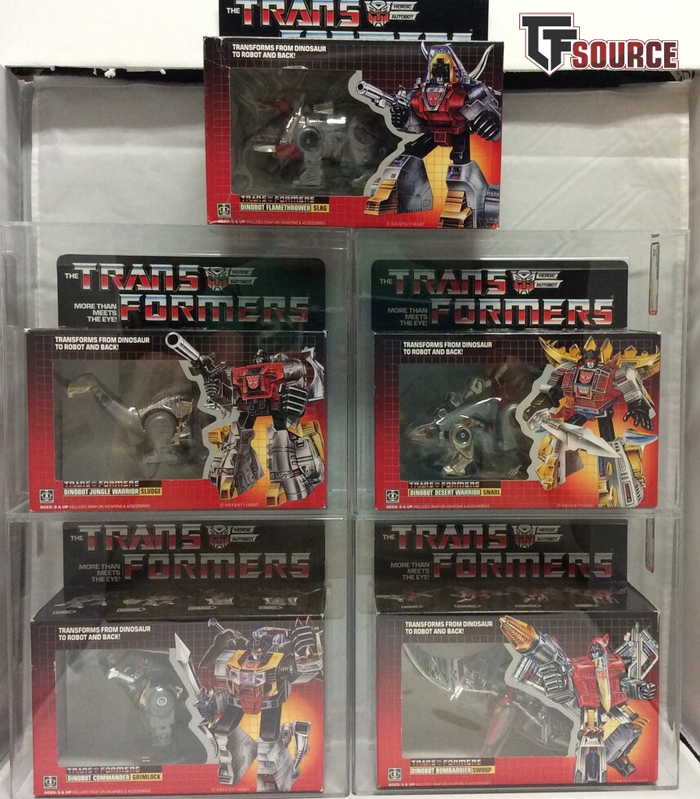 I know this is probably a pretty standard answer but between eBay and the release of the new movies it has drastically grown the collecting scene. The availability and broad spectrum of toy lines is now staggering. 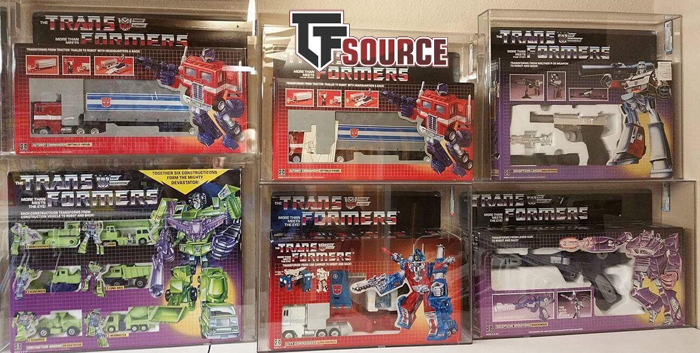 One of the more recent growing changes has been the large gatherings of G1 groups through social media. Getting to know some of the collectors I had admired from a distance on a more personal level has been one of the best things about it. Getting to chat and pick the brains with the likes of G1 gods like Bryce, Brandon and Morgan Colyer has made the experience that much more fun. I hope that this kind of social mingling continues to bring together collectors in a positive manner. 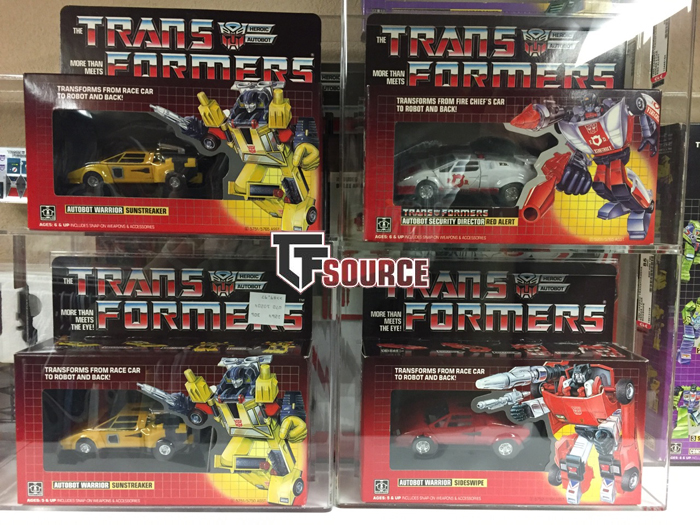 I’ve had quite a few big scores, including a few sealed Megatrons, but the most significant score was actually monetarily less significant. In the early stages of collecting with my son when my collection could still be counted on two hands, I had my biggest single score. I had an older cousin who was one of those kids that meticulously took care of his toys and often didn’t even open them, which was irritating because he almost never let me play with them. Anyways, I knew he had saved his collection since childhood, packed away in a giant cardboard box in his closet. We were talking one day and I mentioned that my son and I had started a G1 collection. At the time, my cousin was nearing 40, was unmarried, and didn’t see any kids in his near future. With no little ones to pass his collection down to, he offered to sell them to us at a very reasonable price. Before he knew it, my son and I were at his house with a handful of cash. That really kickstarted our collection and my love for boxed G1. 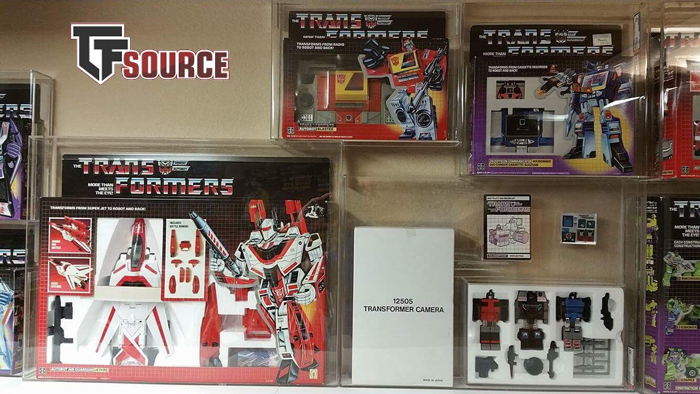 A couple of stories involving older collectors or grandparents buying multiples of sealed G1 toys off the toy shelves and storing them away unopened for 30 years come to mind. I’d say the one that was most impressive was the large find AFA legends Jon Krause and his associate found years ago. I know some of those pieces are now in some of the most prestigious collections in the world. I still have a few from that find as well. 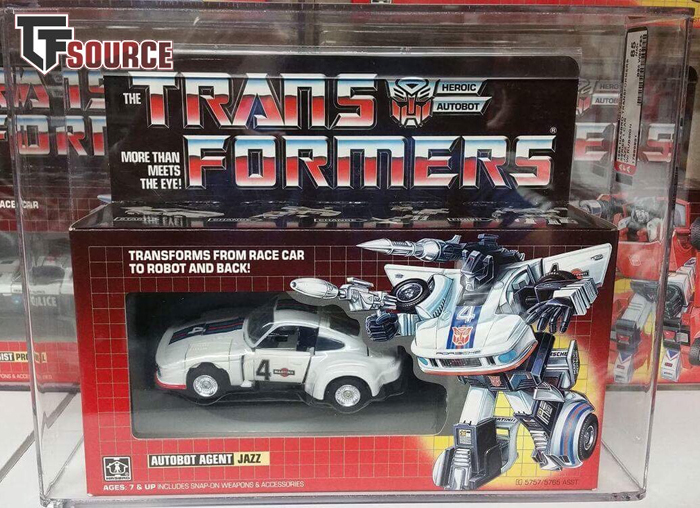 Any self-respecting G1 collection worth its salt would have a nice Megatron and Optimus, which I do of course, but my favourite would be something more personal. I’m going to cheat because I can’t decide between two! First off, Jazz was always my favourite character. It combined my dream car with my favourite toy, and to top it off, I always loved his cool attitude in the cartoon. It also happens to probably be the most beautiful specimen in my collection. So my AFA 85 Jazz is up there. Second, I’ll have to go with my AFA 80 misplaced rubsign Skywarp. I’m not a variant collector, but something about this piece has stirred some excitement in my collective focus. I’m trying to find a misplaced rub Starscream to go along with my misplaced rub Thundercracker and ‘Warp to round out my 3 seekers. 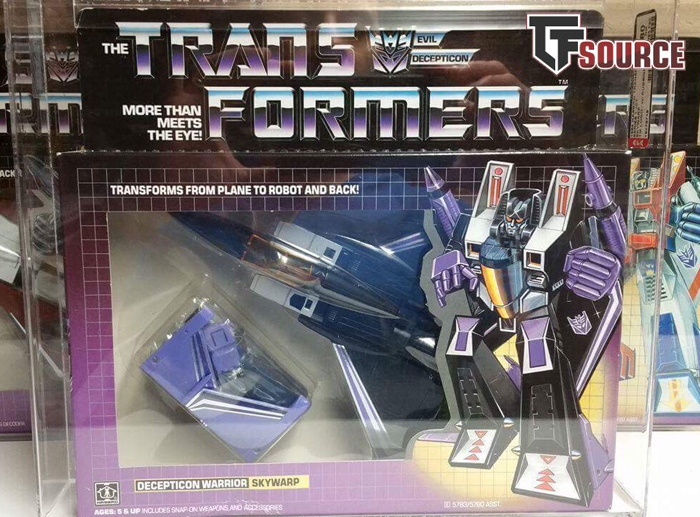 Wow this is a tough one. I guess right now I’m a little obsessed with the VSX set. My buddy Brandon happens to have one right now that I’m quite jealous of! 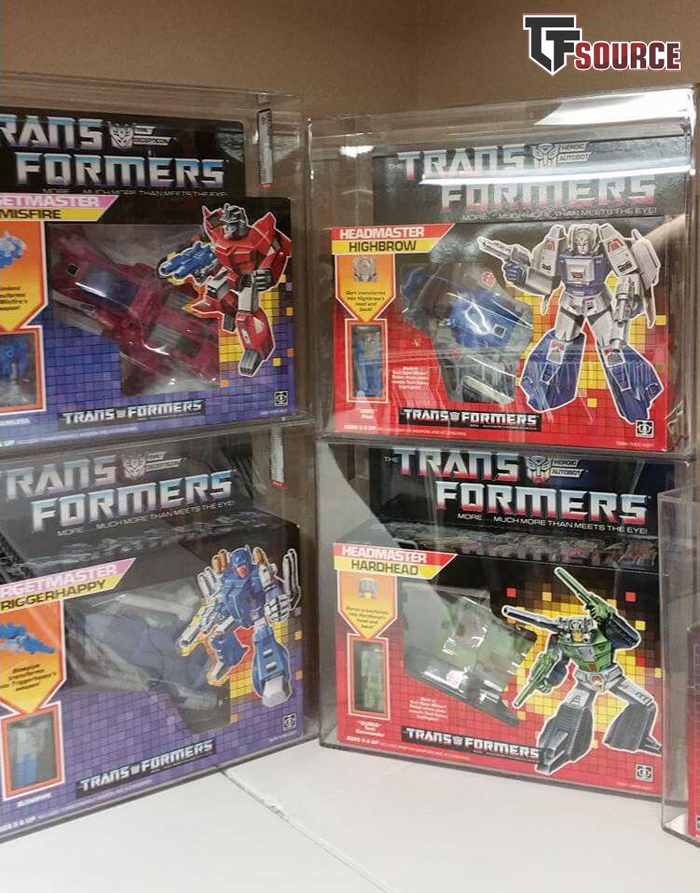 Collect what makes you happy. If what makes you happy changes then don’t be afraid to grow with your changing collecting goals. I feel like there is so much animosity between vintage collectors and collectors of the newer stuff that’s out there. At the end of the day we are all collecting the greatest toy line ever created and we should celebrate and support each other. We have so much in common and the hobby should bring everyone as much joy as it does me.

Many kind and gracious thanks to Cordy Humble for words and photographs.