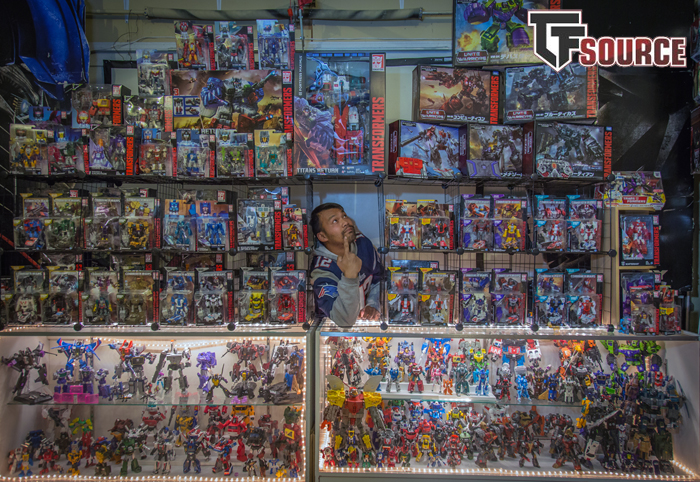 Get G1 and Generations Transformers at TFSource

Every so often I get told by a Transformers fan that someone they know owns a collection worthy of being featured on our interviews. On other occasions I stumble across something on a forum or social media where my jaw hits the floor and I feel like a certain collection needs to be brought to the fandom’s wider attention. In the case of Virak Lim, those two things happened almost simultaneously. What I love about this hobby is that on many occasions, the fans with the amazing collections often end up being great people who are willing to share, communicate and pass on their experience to others. So here is Virak with his breathtaking collection and his story. 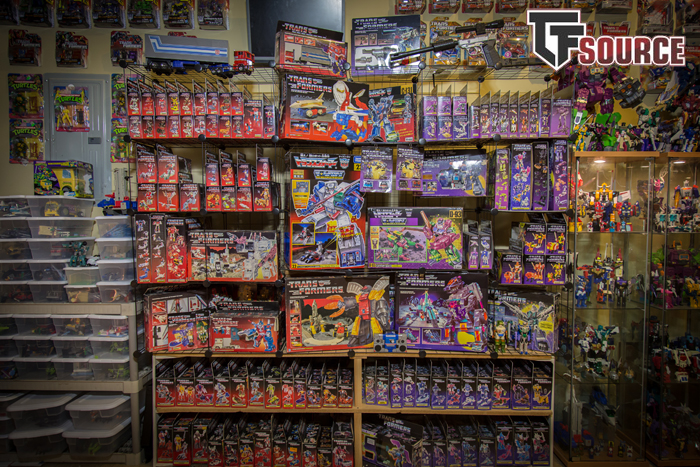 My name is Virak Lim, my friends call me “PRIME” (for I’m the oldest and biggest TF fan they know) and I’m a Boeing Aircraft Mechanic and a Transformers fan since ‘84. Growing up as a kid, I was always fascinated by the way things work and always entertained by keeping my hands busy, therefore becoming a mechanic was inevitable. My dad has always been a mechanic therefore watching the G1 series I have always imagined Spike and Sparkplug were me and my father and that an alien sentient race would coexist with us someday !! Also, being first generation immigrants here in the US, cash was a factor back in the eighties so I never had all or the more expensive, bigger figures i.e Optimus Prime, Megatron , Jetfire, etc etc. From what I can remember, G1 Gears and Trailbreaker were the first figures I ever owned. 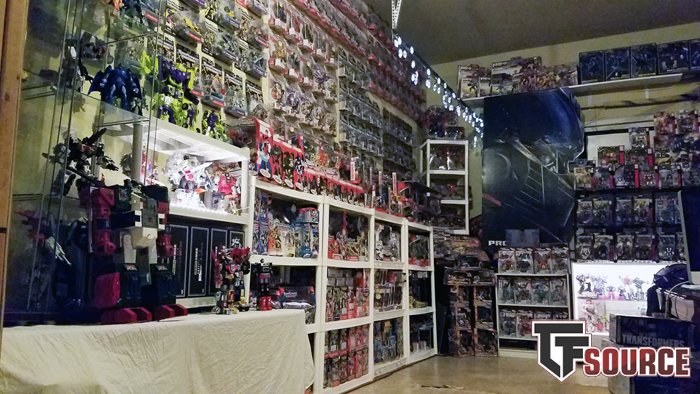 Transformers are the only thing I collect, everything from G1 to Masterpiece and current lines minus Beast Wars, for I believe Transformers as vehicles is more logical (sorry beast wars). I also had other toylines but had to sell them to focus on Transformers. Besides work and family, Transformers and the New England Patriots football team consumes my time. It’s like therapy and stress relief, it calms and soothes me just staring at and admiring my collection. I’m not in it for the money or cash value, these figures are like my fourth child, I’m passionate about them and they have more sentimental value than monetary. 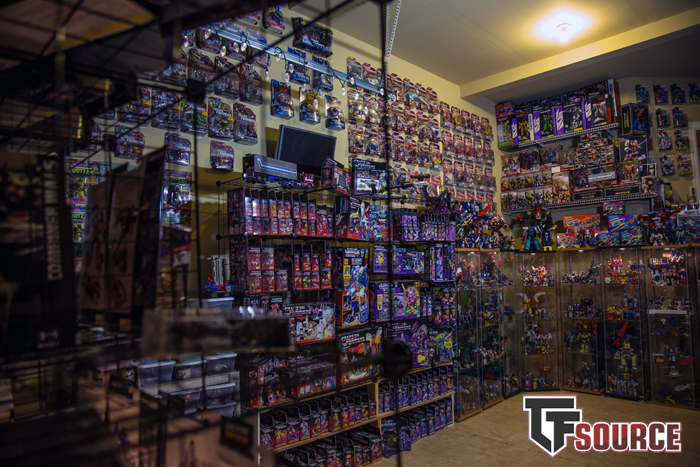 When I started getting back into collecting in 2003, eBay and other online retailers just started to emerge and be accessible to the public. I used to go to multiple stores just to find certain figures to complete my lines. As the years went on and more figures were produced, I started to just preorder from online retailers which is more convenient than travelling around town for hours and wasting gas! But the rush you get when you see that one figure on the shelf, a feeling of accomplishment. Also these days there are so many 3rd party companies and as figures being produced a whole new standard has been established and after being exposed to these standards. official Hasbro and Takara products just aren’t just up to par for some figures. Although these 3rd party companies provide and fill that void in our collections until official products are released. In addition KO’s are even getting better and better and it’s hard to tell if they’re official or not, with this digital age collectors have endless resources to find that “one” figure that they desire! 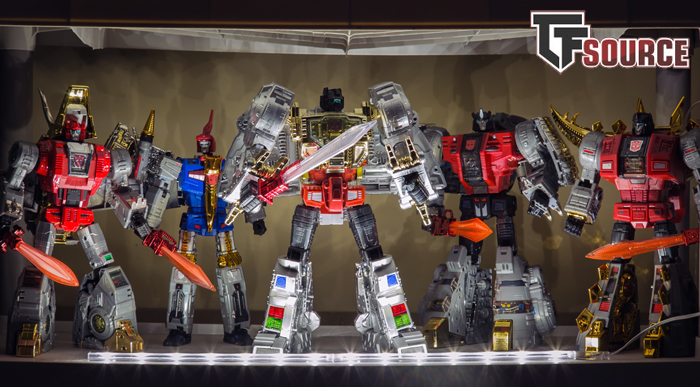 After 30 Years, figures keep coming and I don’t think it’s ever gonna slow down or stop. Being a mechanic, working on cars goes hand in hand. Point is that as long as there is a desire or need for it, figures will always be produce or circulate, as for cars a new body style comes out every 3-4 years to keep it fresh and desired. As for Transformers it can always be reinvented or redesigned with a new model just like a new car (pun intended) therefore the line keeps going and I don’t see any other toyline successfully reinvented/redesigned and not losing the essence of their characters. As long as they keep coming I’ll still be collecting! Hopefully Hasbro and Takara step up their game and hire some of these 3rd party engineers…haha “til all are one”…right?!

It would have to be my first G1 Fort Max , a couple years after I started collecting in 2003 and also having young children made it very tough to afford such an expensive figure on a family budget (love my kids and am truly blessed). Here’s the story, one day I decided to fulfil the collection and expanded into post 86 movie so Headmasters were the next subline for me to collect and eBay was like a drug to me, so addictive. Every day I would be on there searching for figures, so one day I finally pulled the trigger on getting G1 Fort Max and for the first time EVER spending over $300 on a single figure. This was before Paypal so I sent in a money order and the seller was unresponsive after multiple tries and after waiting weeks and weeks it finally arrived on my door step. The joy I had after finding out a long-awaited figure I’ve always wanted arrived, and thinking to myself how I couldn’t wait to get home to play with it…then when I got home, I pulled up to my drive way and got out of my car, my wife was standing at the front door awaiting my arrival as well. 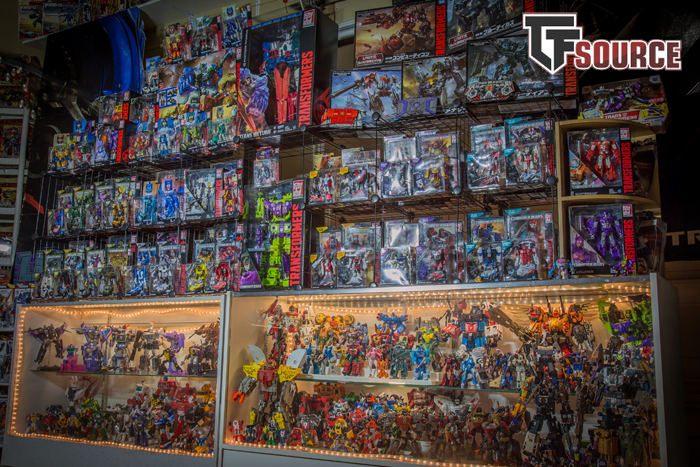 So standing from a distance of about 15 yards, my wife was very upset as she opened the package to find out the contents were another Transformer as I was on a raging buying spree lately, so she picks up Fort Max and teased me with him and asked “Is this what you are waiting for??!!”. I was stunned and was in awe of the glory of the figure and just stood there as my wife was bickering, she was so upset with me and my TF craze she just swung her arms back with Fort Max in her grasp, and everything just went into slow motion in my eyes. She threw Fort Max about 10 yards away from her into the cemented driveway. I was like “Nooooooooo!” and as he landed, well…he shattered. Worst day ever, but I was able to salvage him and since then I got another one and his brother Grand Max and my wife is more forgiving and acknowledges the value of these figures and she is loving and supportive of my hobby. But never test the wrath of a woman, “happy wife happy life!!” 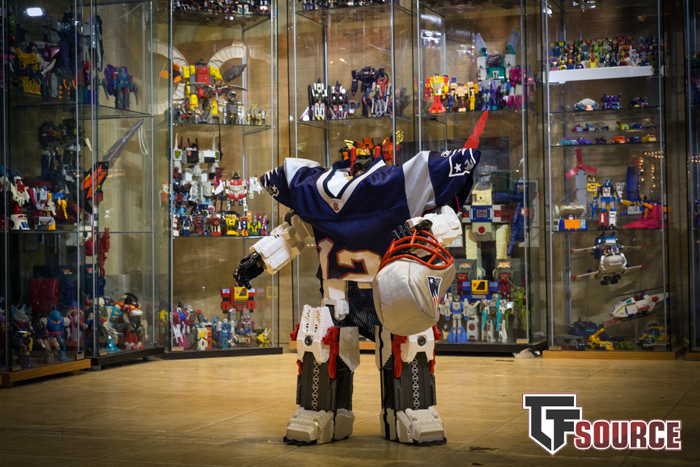 Haha, I believe the last answer was the most outrageous story I’ve heard, but to answer the question I was on YouTube one day watching videos of other collections. I was watching Hearald of Unicron’s video and thought to myself this guy is such a show off and crazy for having each figure displayed in every transformation and sealed/boxed, how outrageous is that? I did not think I would ever meet a collector like that! And one day, I was into another craze after watching the Japanese Victory series on DVD and found a complete Landcross on eBay. It was a local seller for a good price so I bought it and asked the seller if they offered a local pick up, so we did and as I met up with the seller he seemed like a nice guy. We got to talking and practically became buddies and were curious of each others’ collections so I finally got a chance to go over to his house and saw his collection. I was like “HOLY CRAP, you’re that guy!” (the owner of the video I saw on YouTube). Small world and now we are local neighbours and visit each other’s collection from time to time. 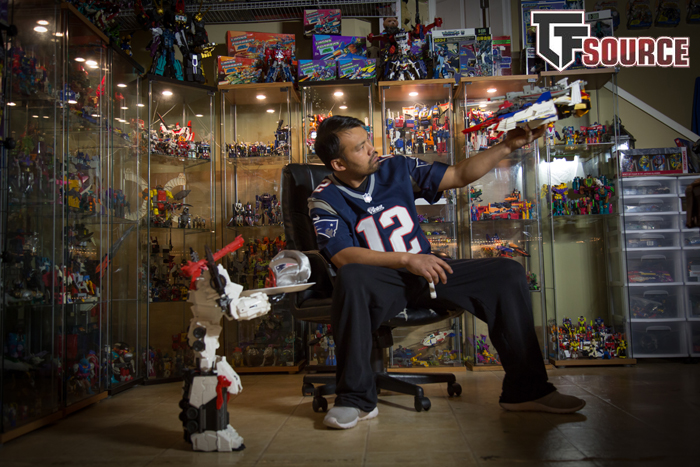 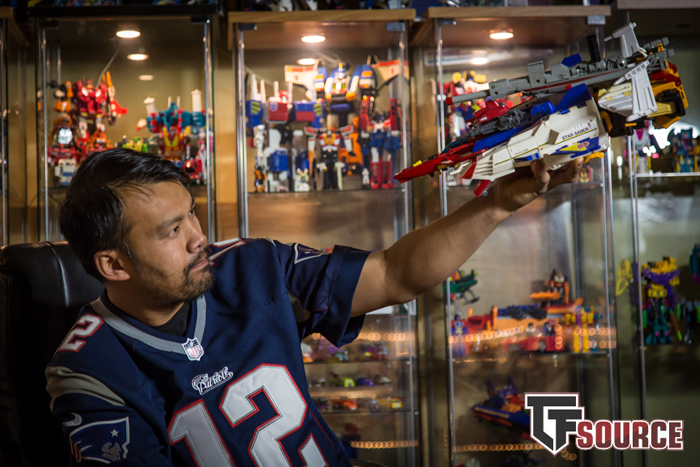 That’s a tough one! But if I really had to choose it would have to be my Victory Saber giftset. He is a leader, it’s a big figure (2 in 1) and has a gimmick (Brainmaster) and also a combiner in robot and alt form. Also you get a “beast” former and a vehicle (jet) in one so I would have to say it is a very economical figure when it comes to diversity as a toy and has a lot of playability…and he looks bad ass armoured up in robot form! 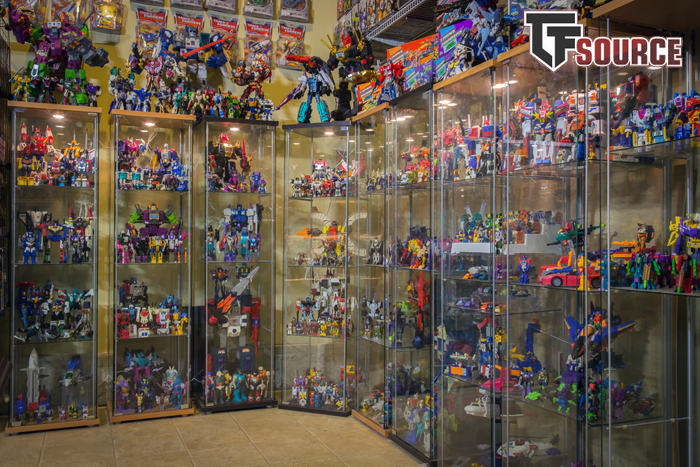 It would be my buddy’s G1 Black Shadow, such a sought after figure and very hard to find at an affordable price and the only figure I need to complete my entire Japanese G1 collection. It is my piece de resistance, a holy grail if you will. Someday he shall be mine! 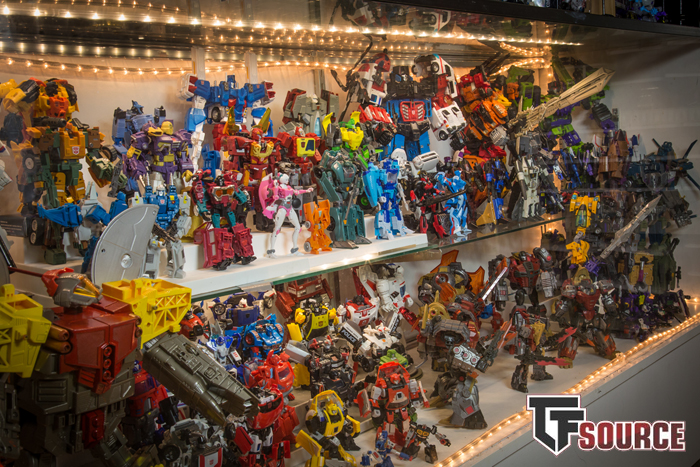 Do what you love, keep the passion alive! Talk to people and join forums and communities and other social media outlets to be in touch with them! You’ll never know who you will run into! Pick a line that strikes you most and start off small, work your way up and it will accumulate. I am thankful for the people and fellow collectors in Facebook groups who share the same passion and love for these figures, and buying/selling/trading is so much easier not having to pay outrageous prices on eBay.

THANK YOU…
“TIL ALL ARE ONE”
-OPTIMUS PRIME 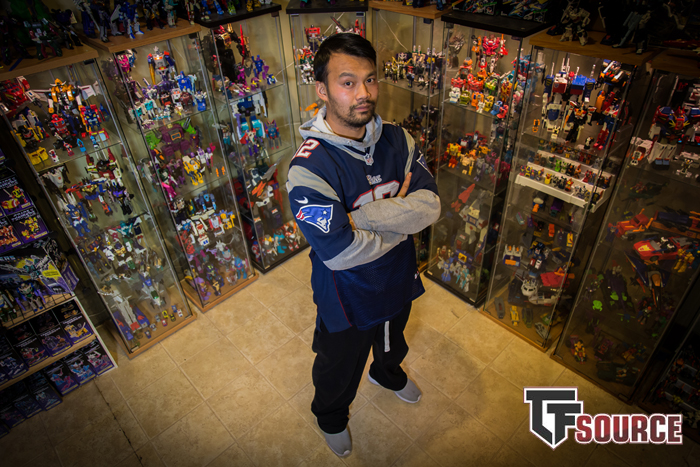 Many kind and gracious thanks to Virak Lim for words and photographs.