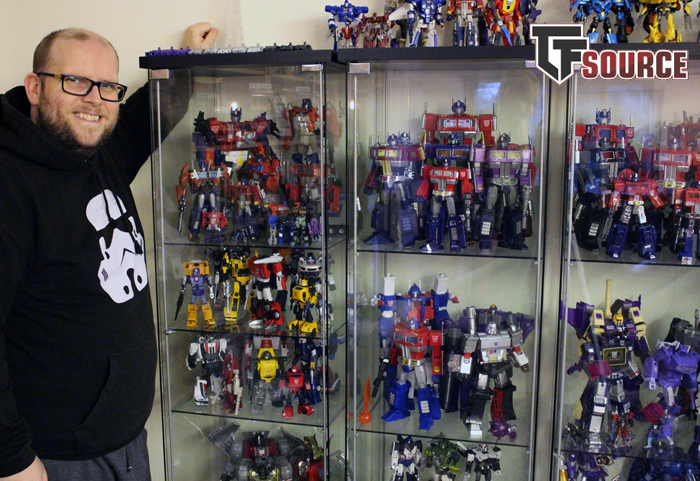 Get Masterpiece Transformers at TFSource

Ben Parfitt has recently been showing his prowess as a great Transformers reviewer. He also has a pretty outstanding Transformers collection. With his background, it’s really no surprise that his insights and opinions about the hobby are worth reading and taking note of. Other than having the prestigious honour of being the first to visit me in Iceland, he’s also given us one of our best ever interviews. Enjoy! 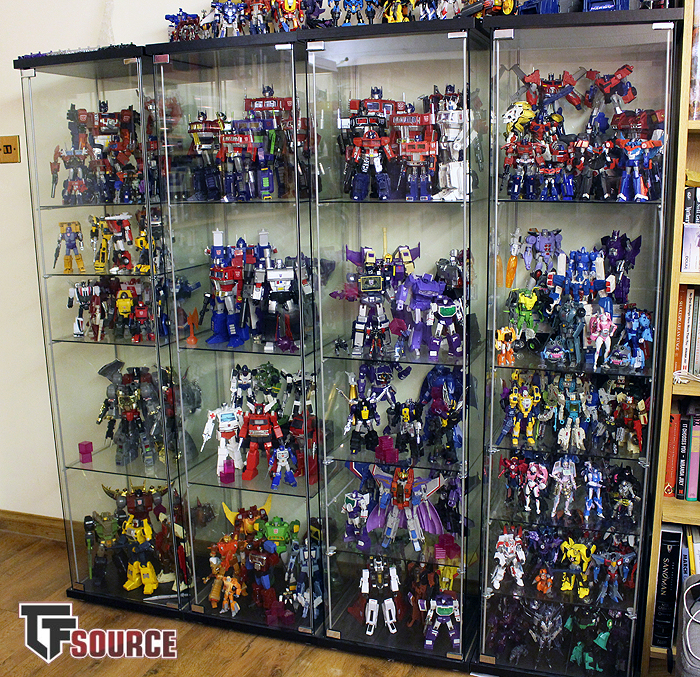 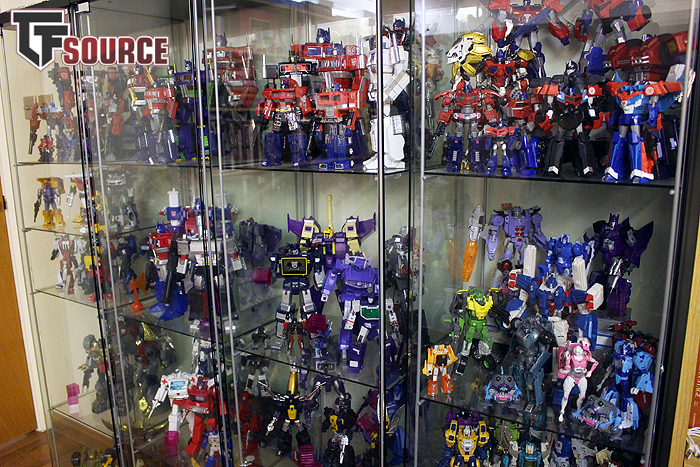 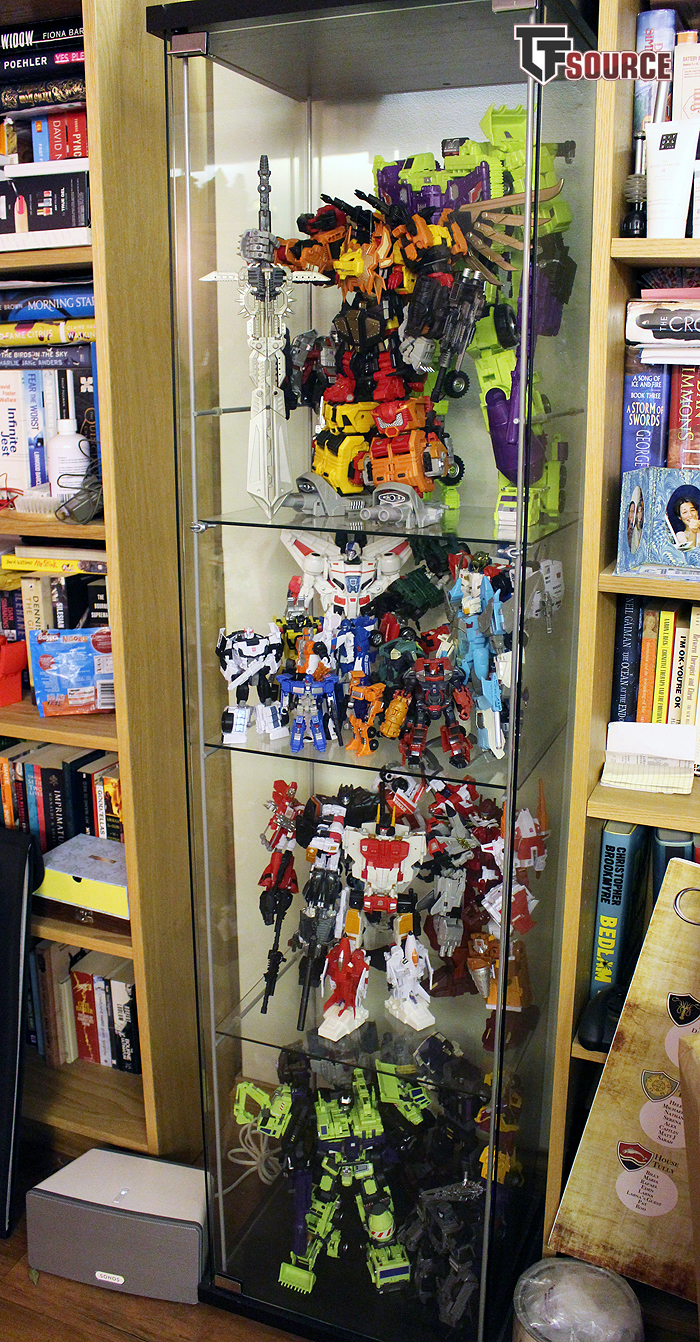 I’m Ben and until recently I was a video games journalist, and now I’m unemployed! Well, I believe ‘self-employed’ is the correct term, I suppose. I’m working as a freelancer for a few people, doing writing, social media and this and that. I should be looking for more work, actually. I will DEFINITELY do that tomorrow. Or maybe Monday. I’m also researching the viability of creating a Transformers toy collecting magazine, although that’s still in the early planning stages.

There’s a huge black hole in my collecting history. I was bang into Transformers back in the ‘80s when I was a kid and had a collection numbering over 100 figures. I even kept a lot of the boxes. Its worth nowadays is an ongoing source of soul-darkening disgust for me, as I car booted the lot when I became a teenager and decided toys weren’t ‘cool’ any more. What was I thinking? Of course toys are cool. And I will never be, so any quest for coolness was severely misguided. Suffice to say, I wish I had kept them. 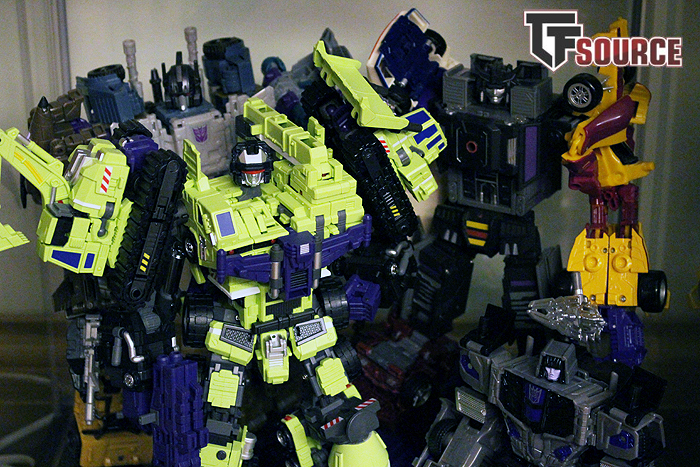 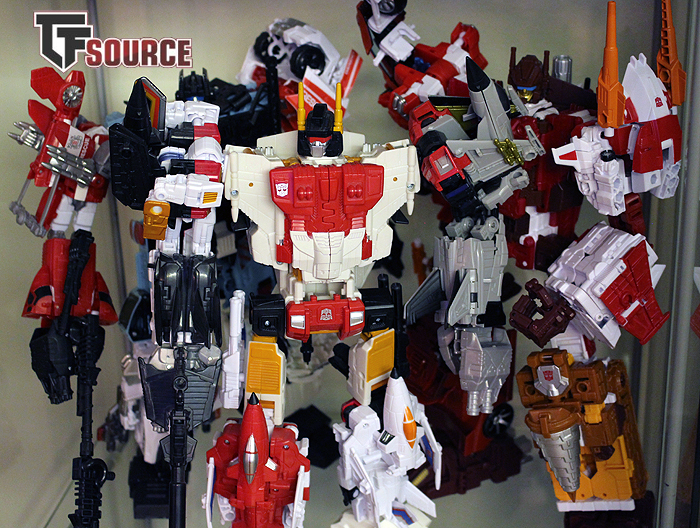 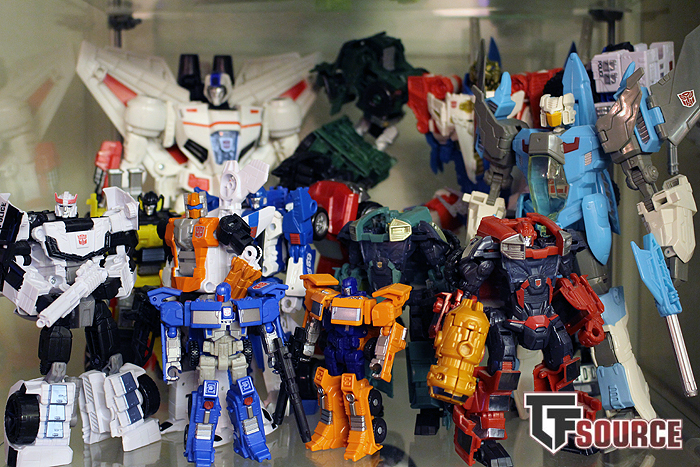 Fast-forward to 2010 or so and my ex bought me Leader ROTF Optimus Prime for my birthday. That kickstarted a period of scattershot collecting – random eBay finds, some Masterpiece, some third party stuff. There was no real direction. And as it turned out my ex was pretty hostile to this collecting, deeming it “pointless” (unlike her interests, of course). So nearly all of the collection was sold off to fund a building of a PC, with only MP-10 and an almost complete Transformers Prime deluxe and voyager collection surviving.

Again, jump forward to 2014 and, with my supportive, wonderful and generally fantastic (she’ll read this) wife on the scene, my collecting found a second (or third?) wind. The catalyst was actually Apollyon, which is a little ironic as he was a figure I grew to largely despise in the end. But it was seeing his reveal, and knowing that I needed him to go with my MP-10, that kickstarted my new collection. How far it has grown from there in just two or three years is from time to time a source of discussion at home. Typically my daughter counts up the current total, this amount is divided by the number of weeks in the year and depending on the resulting number a corresponding amount of eyebrow raising is deployed. 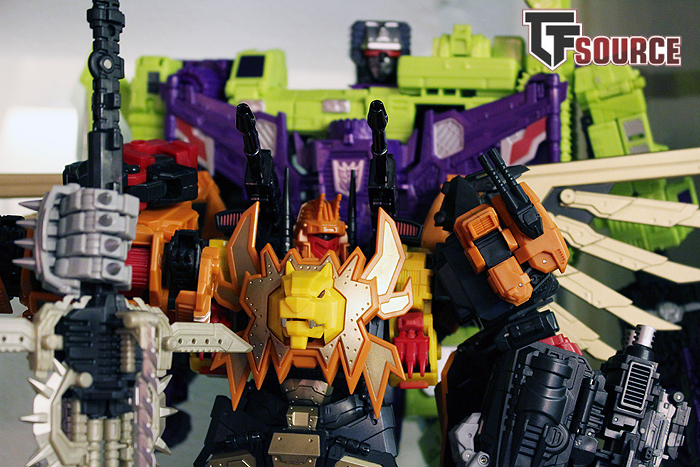 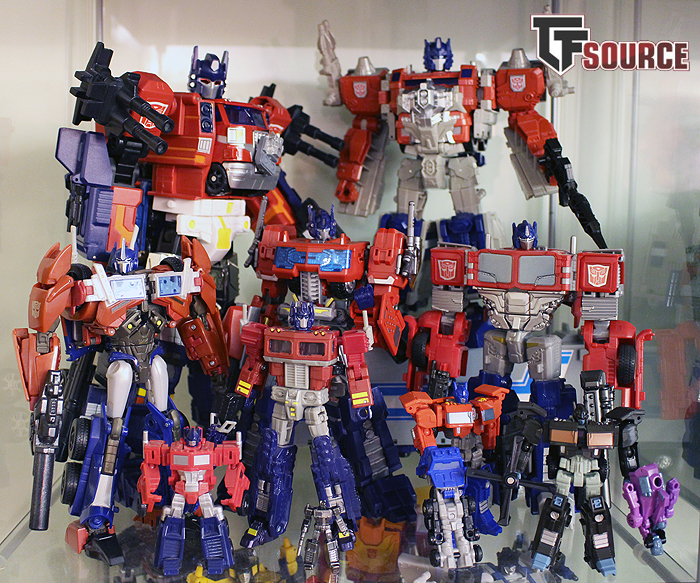 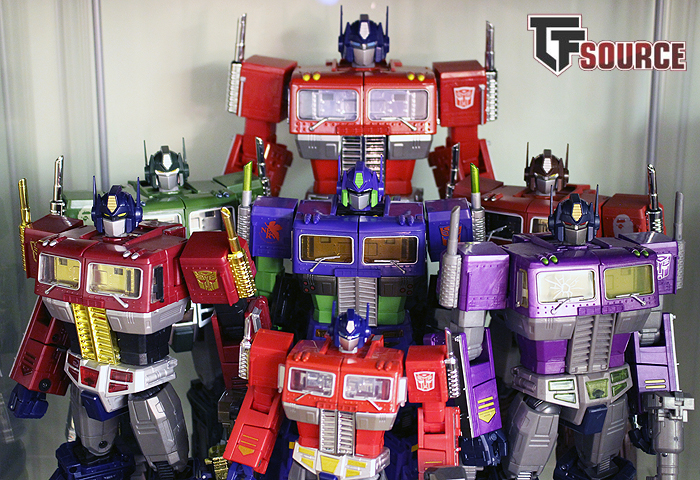 Nowadays I generally regard myself as G1 Masterpiece collector, both first and third party. I try and limit myself to one of each character, although there are exceptions. Masterpiece Shockwave was purchased on the strict condition that either he or Quakewave would then be sold. I’ve twice put Quakewave up for sale, twice had offers and then twice found myself unable to part with him, which is very poor form. Mightron is still here despite my love for Despotron (and the upcoming MP), and can I really part with Generation Toys J4zz, regardless how glorious Maketoys Downbeat looks? I know that I should…

Aside from that, Optimus Prime gets his own rules – and currently four spots in the Detolfs. I also go for CHUG lines sometimes. Alongside the aforementioned Transformers Prime line is a pretty extensive Combiner Wars selection, a few RiD bots (I love some of those designs) and, more recently, quite a few Titans Return figures. I also keep a CHUG TFTM shelf, and have the Fansproject headmasters, and a couple of 3P combiners. 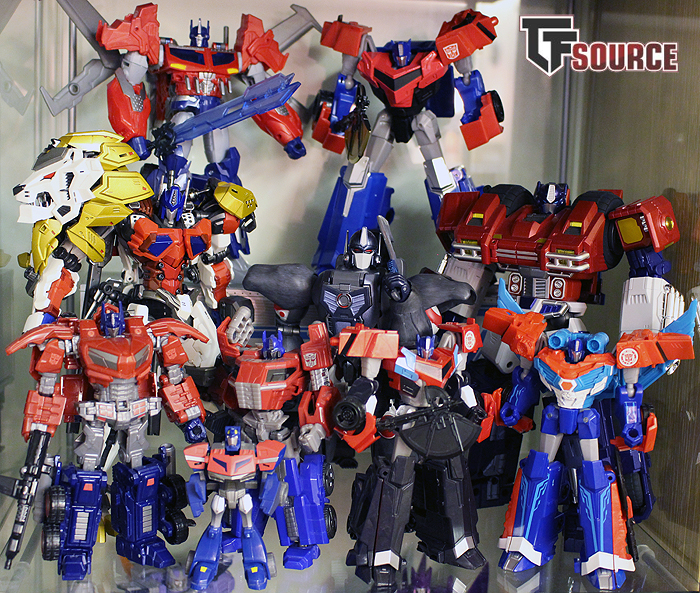 I’m not sure if I’m qualified to speak about it over such a long time period, but certainly in my time as an adult collector, the third party scene has exploded. It really was not that long ago that the options were limited to quite poorly made spin-offs and loose character rip-offs. Now we can reasonably expect every G1 character to receive the Masterpiece treatment from multiple companies. People bemoan this but I genuinely think we live in special times. Cherish them.

Folk also take the Masterpiece boom for granted. How lucky are we to regularly receive top-quality Masterpiece releases from Takara? That too will one day come to an end, I expect, and oh how it will be missed.

The flip side of this has been a move away from CHUG to MP. This isn’t a big problem for me, but I know it’s a source of sadness for some. Still, expect official deluxes to endure long after Masterpieces are an abandoned business. As much as I strongly dislike the Bay films (and those grotesque character designs), their baffling popularity has allowed the brand to endure and thrive. I really don’t think we’d have had the likes of Combiner Wars and Titans Return without them. 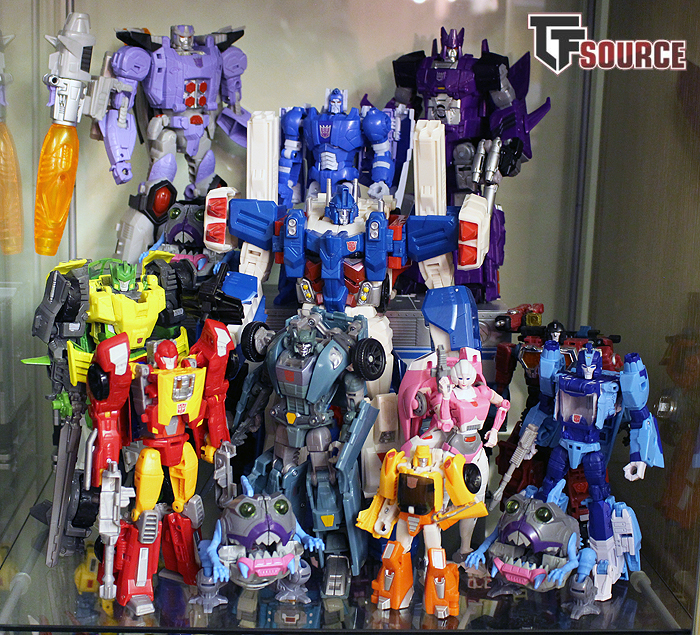 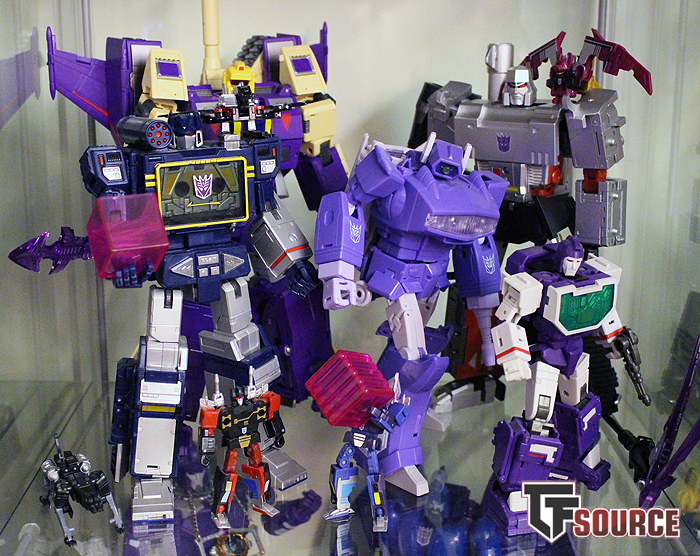 We’re all expecting the 3P bubble to burst, right? It seems inevitable that with so many companies competing on a per character basis in such a limited market, not all can survive. In normal circumstances I would expect, at the least, some consolidation – but we do have this strange situation in 3P where actually only a few companies exist behind the scenes, steering a larger number of umbrella labels.

I also wonder what will happen when the G1 well has run dry. Is the fan interest there to sustain a move into other lines? Or will we see the same companies revisit the same characters but with a different spin – a new scale, perhaps? 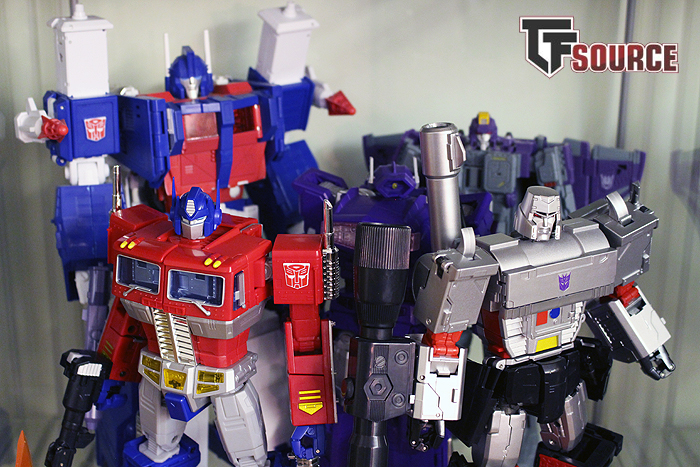 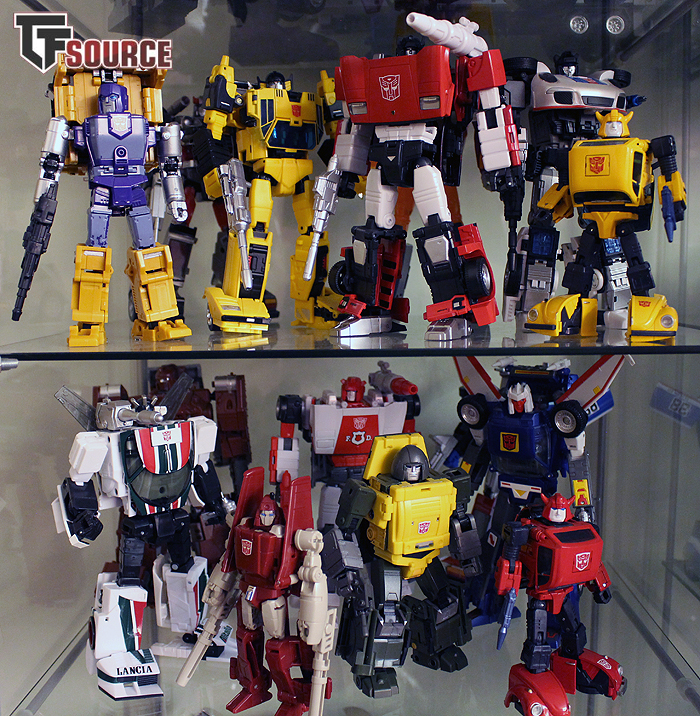 The nature of my collecting means I don’t go out hunting around obscure shops or at conventions – it’s all done online, mainly, so the pleasure of a ‘rare find’ extends only as far as winning an auction for something a bit obscure on eBay.

The purchase that means the most to me is still probably Quakewave. As my current collection was spluttering back into life, dropping what was at the time by far the most I’d ever spent on a figure was a big decision and a big deal for me. I ended up getting him off Paik, and to finally hold him in hand was incredible. At this point the figure was still quite mystical, without a second run, stupidly pricey and so widely heralded as the new dawn of 3P. It felt amazing to get him. In part because he is amazing. 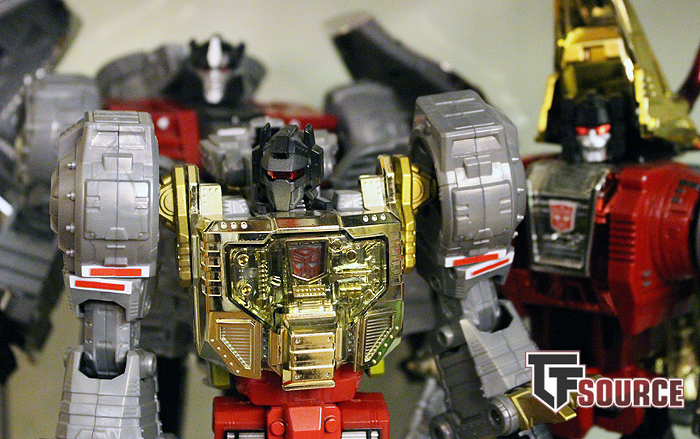 Of course, little did I know that shortly after not only would Fanstoys re-issue him, but we’d get two other MP Shockwave options hit the market and prices for the FT bot would absolutely plummet! But I’m not bitter. Collecting for profit is, unless you’re very careful, a fool’s game. I hate it when people complain about a re-issue or second version of a toy coming out with, like, an extra gun or ever so slightly different shade of grey on the calves. “I wish I waited! I wasted my money!” Or even worse, “I’m glad I waited! Aren’t I clever?”. You didn’t waste your money and you weren’t smart arse for waiting, because throughout all the time you didn’t have that figure, I did have it, and I enjoyed it, and for that reason I got my value. Yes, economically I was stung on Quakewave, but what price that memory? It still feels like a bargain to me. 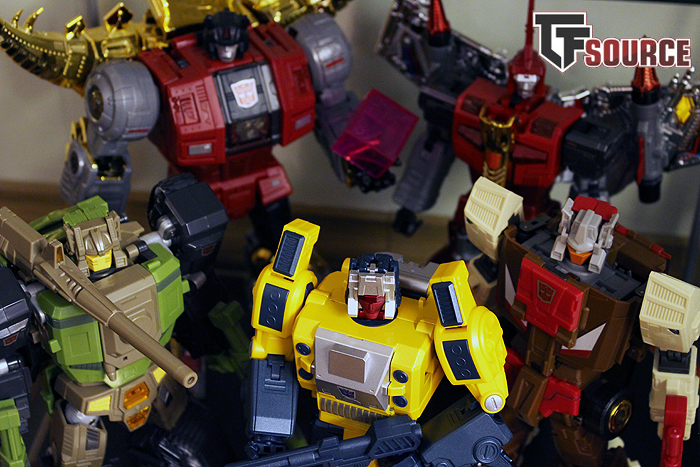 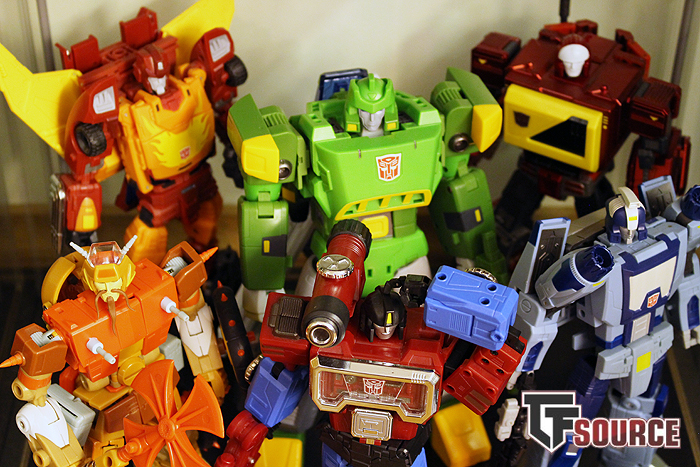 I once knew this guy who said he wasn’t going to buy any Titans Return stuff. Then he bought Fortress Maximus. Then he decided he wanted the other version as well. Then he heard about the sound chip in the Takara release and bought that too. That’s exactly the sort of fresh madness I can get down with – from staying away completely to having three £150+ bots in, what was it Maz, three weeks? 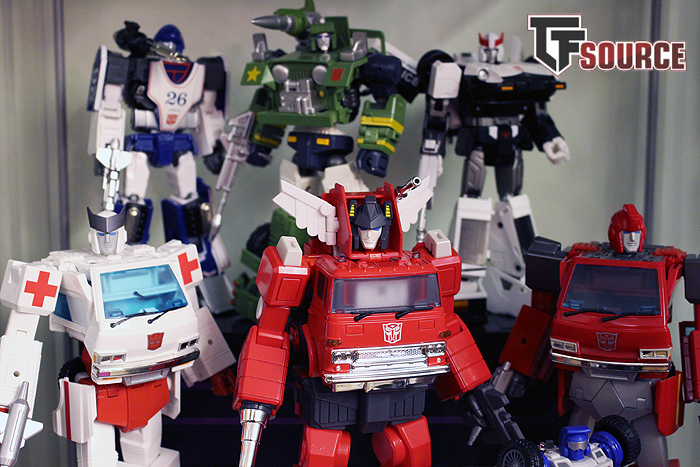 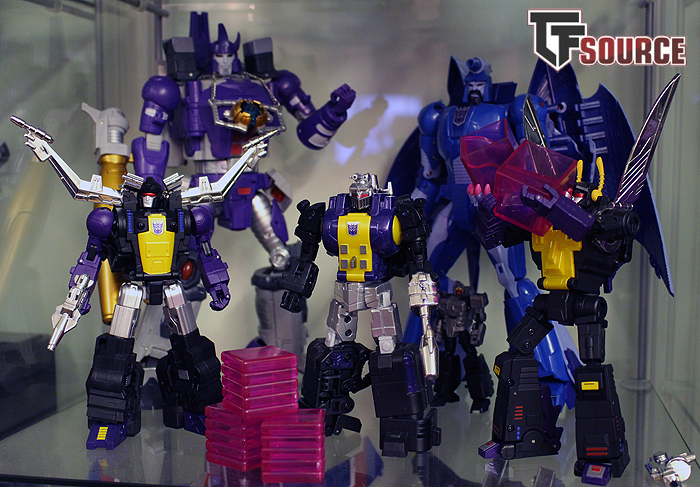 MP-10. It’s the best Transformer ever made and I adore it. Which one is an altogether more difficult question. The Takara was my first and is perhaps my most loved, but I actually find myself playing with the Hasbro more, even though the materials and finish aren’t as good. I just love the colours. He’s less floppy, too. My white KO is also a favourite, but I think when it comes down to it I’d go with the Takara Nemesis version. Out of all my MP-10’s, he’s the one who ticks the most boxes – the best feel, the best materials, the nicest finish, the sturdiest. He’s a completely magnificent figure. 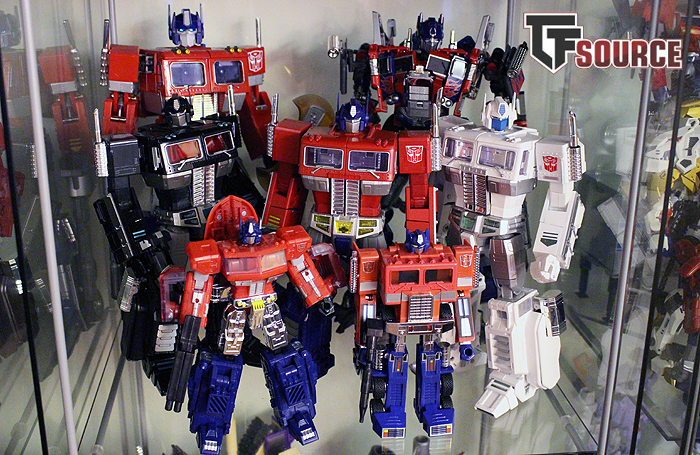 I’m quite lucky in that I don’t covet a huge amount that I haven’t been able to get hold of. My wife recently bought me Maketoys Giant, which was for a long time a bit of a grail. I’d dearly love Maketoys Utopia, and if it weren’t for the myriad of reported problems I might have already found the money from somewhere for a Toyworld Constructor. Maybe the one thing I’d like but will likely never buy is a pristine boxed Hasbro Powermaster Optimus Prime. That was my favourite figure as a kid, and having handled your boxed version, Maz, I was overcome with the feelings it evoked. I don’t really get MISB collecting but he would be the exception. I’d love him locked up in some impervious clear plastic or glass box, on display, on a pedestal with an accompanying harpist, to gorge the eyes but never be touched. Then I’d be buried with him. 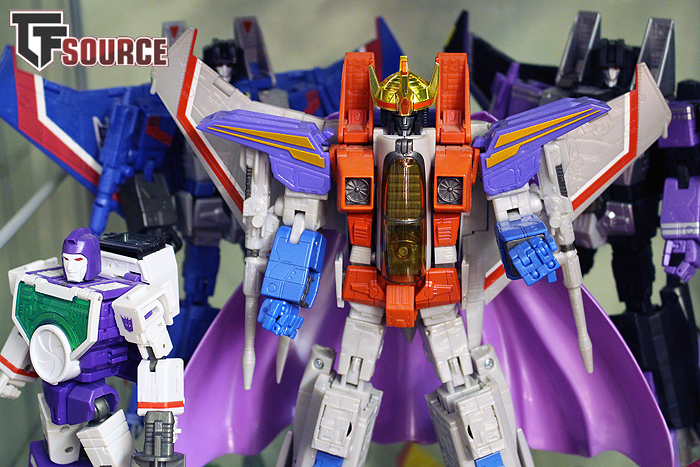 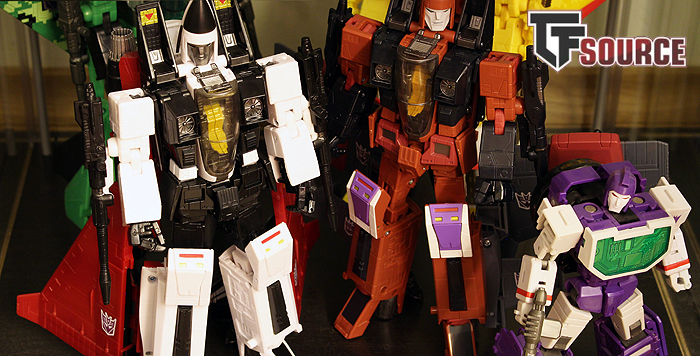 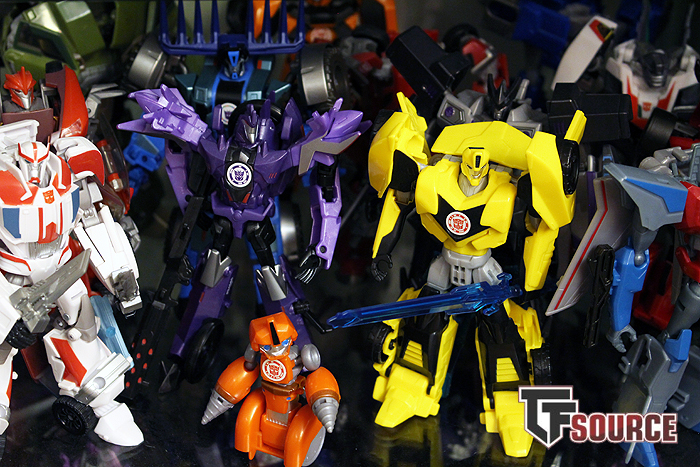 Stay focused. There’s so much to choose from nowadays that collecting can easily spiral out of control and descend into financial meltdown. I, for instance, have made myself stay strictly G1. That meant getting rid of MP Star Saber and Diabattles v2 – two wonderful, wonderful figures who had sneaked into my collection, but ones I just couldn’t justify being on the shelf.

Have an idea where your collection is going and try and stick to the plan. Know your end game, or at the least, know your budget. Very few of us will ever have it all, so be strict about what figures really matter to you. Less is more sometimes, as well. There’s nothing like having a backlog of unopened and unloved figures to dampen your love for it all. Every new arrival should be an event. 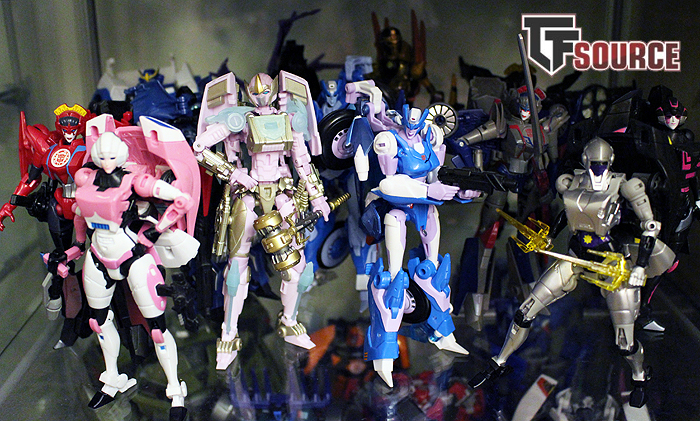 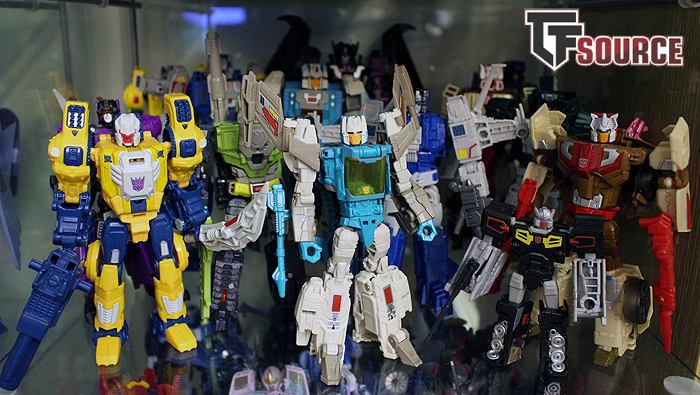 And be honest with your partner, should you have one. Sneaking Transformers onto the shelf and hiding spending is not only unhealthy, but it normally means trouble lays ahead. There’s so much frivolous shit that we humans waste our money on, and choosing to spend it on plastic toys is no worse than splashing out on booze or season tickets or commemorative chinaware or organic hummus. The point is not necessarily the material value or point of a thing, but the joy it gives you. A good partnership should be able to enjoy that happiness together, regardless of either one of your feelings on Transformers. 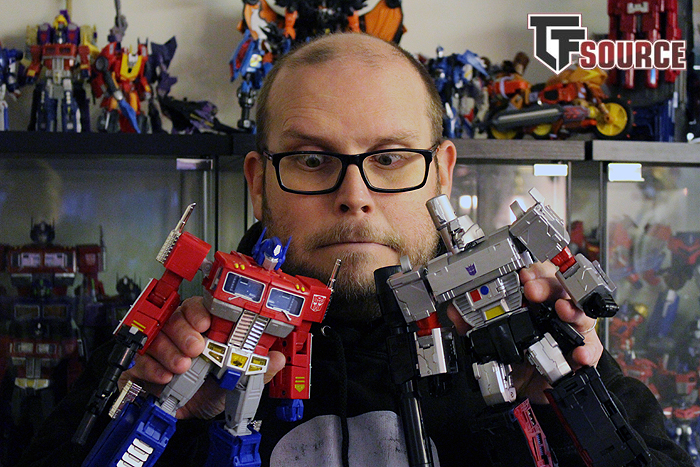