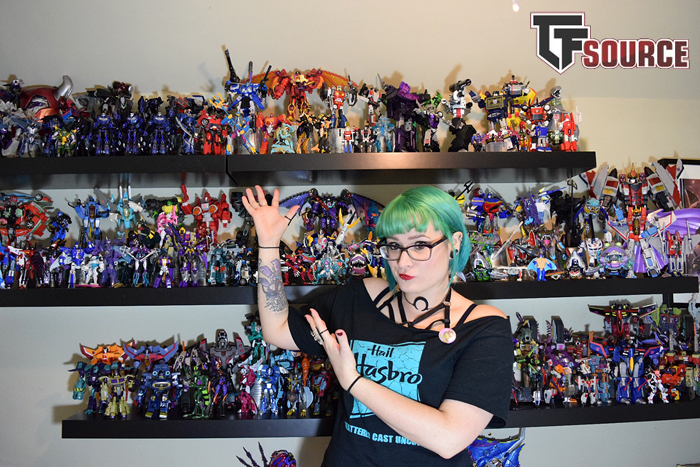 Cosplay champion, superstar toy photographer and shark-obsessed Transformers collector are just some of the phrases one could use to describe Emalie Pugh. A regular on Instagram, Twitter and Facebook groups, Emalie has established herself as a well-known community member at UK shows as well as online. A self-confessed Decepticon enthusiast, Emalie’s collection is quite personalised and themed, but still diverse enough to warrant a fascinating insight into her toy history and current feelings on the hobby. 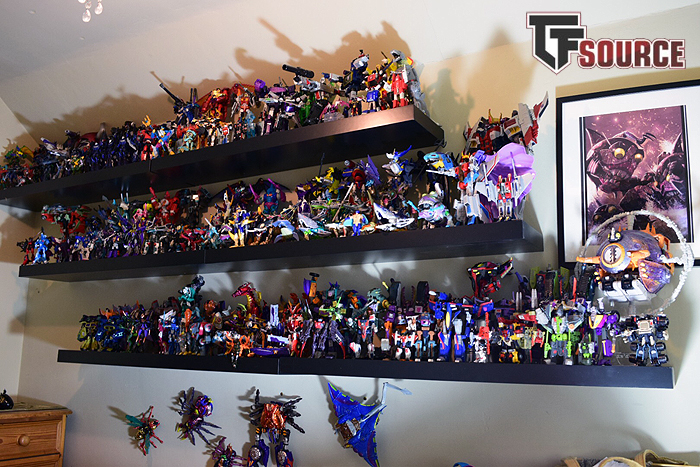 I’m Emalie aka The Forged Serket if you kick about Instagram. I’ve loved Transformers since I was a kid watching them early on Saturday mornings. Now I can never quite remember what my 1st transforming robot was. I’m pretty sure it was Psycho from Gobots, but I do remember getting Gunrunner one Christmas and thinking what the hell is this? I still harbour some pretty hurt feelings towards him because I always wanted a Starscream. 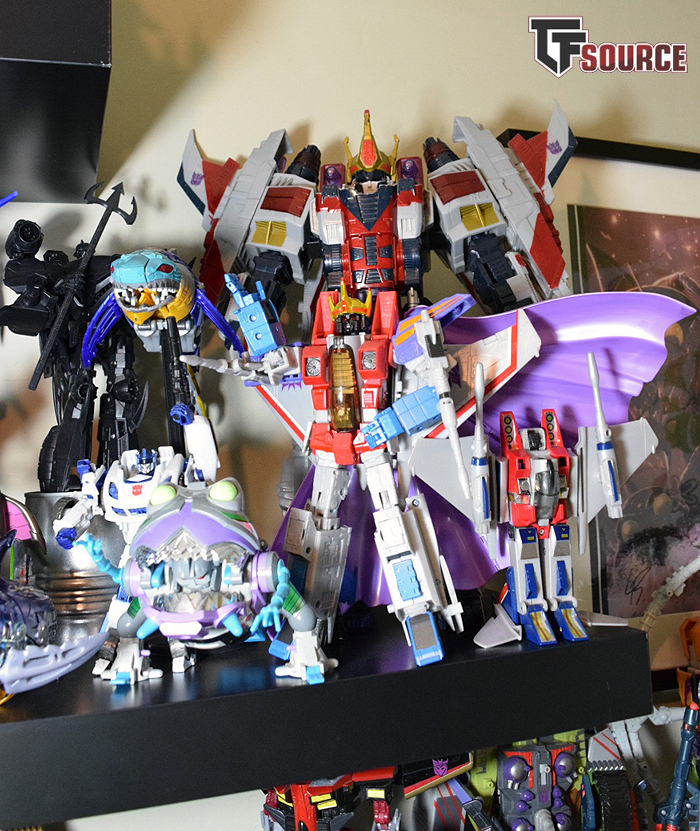 I didn’t really start collecting untill my late teens when I went to London and stumbled around really hung over with my only pair of glasses broken, sellotaped to my face. Me and some friends rolled in to one of London’s many comic books shops. There I discovered DW’s War Within and Armada. I pretty much bought all the single issues because I was hit with the nostalgia bug, from then on I’ve been hooked.

My collection has a little bit of everything ranging from some G1 I had as a child, CHUG and of course a splash of 3rd party. I would say 80% of my collection is Decepticon. There are very few Autobots that I like the design of or care for. I love the underdogs and my best mate as a kid always gave me all of his Decepticons, because the bad guys were clearly not cool as a kid. 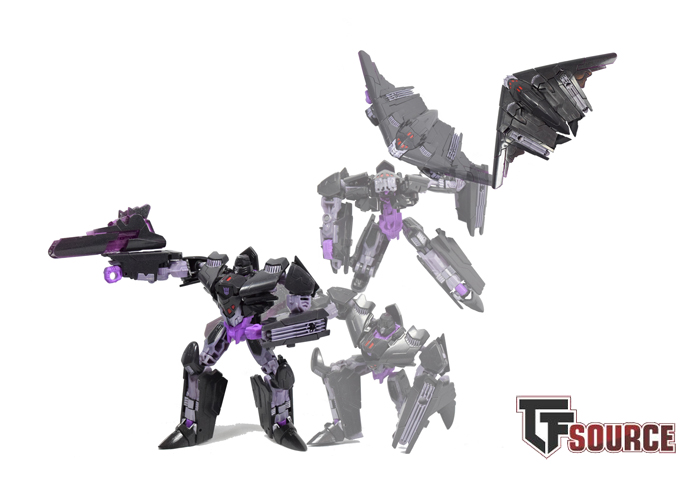 My main focus is collecting fembots. Crasher was pretty much my idol as a kid and I always felt female characters got the short end of the stick with a toy. As well as fembots I have a weird obsession for robots that turn into sharks or shark-like modes. I think this stems from my love of terrible shark films. Two years ago I got to meet Peter Spellos, the voice of Sky Byte. Best day ever. It’s got that bad that I have a Sky Byte tattoo on my leg. 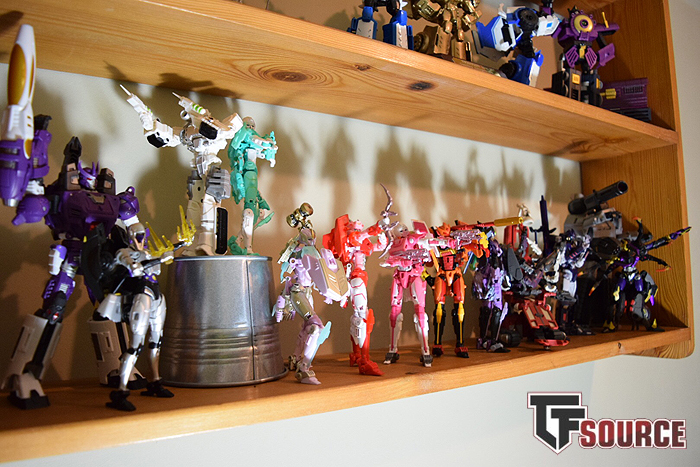 Well I know personally social media has changed my collecting habits massively. I would still be a comic geek with just a few figures. Seeing people’s pictures of their toys has really helped blow my bank account apart. I think MTMTE has brought a lot of new fans to the scene. Also there’s 3rd party that is literally just becoming its own thing. 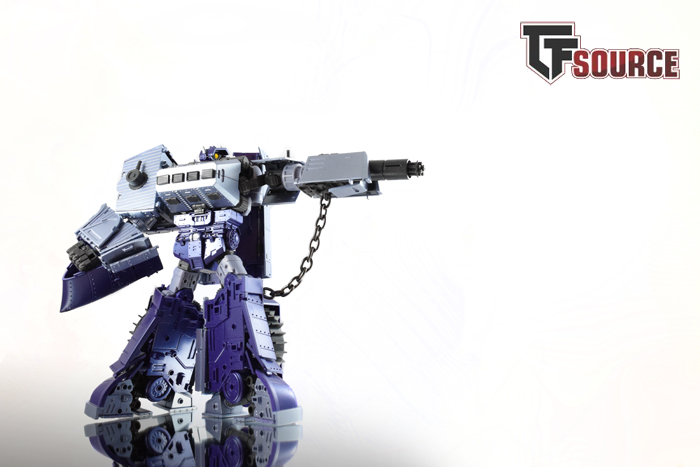 I don’t think I could really call it. I think we have a good few more years of 3rd party killing it with their designs. I also think Hasbro will up their game with new releases reacting to 3rd party. I would quite like to see CHUG return to its former glory. I really want to see more figures based on things like MakeToys Striker Manus. Highly articulated and photogenic as hell. 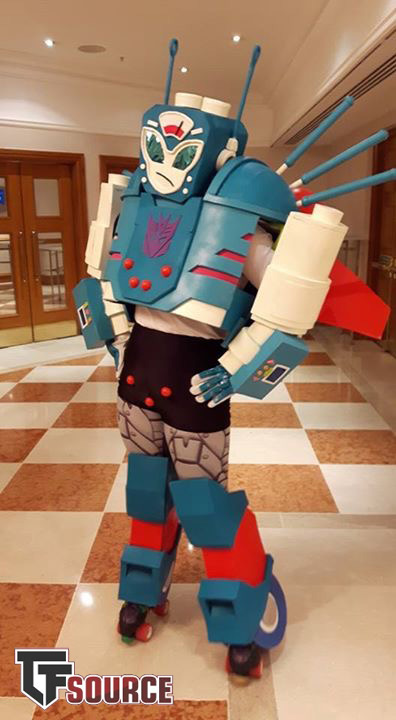 If it’s a holy grail I’ve not found an original Captain Shark yet. Plus with me buying most things off eBay it would be a pretty boring story. But my biggest success within the TF world was winning 1st place in the cosplay competition at TFNation this year. I had been making my Nickel costume for some months with a lot of crazy stuff going on in my life. I had put the project down for a month because I had become disheartened with the whole thing, but with encouragement from friends in the community I got it finished. So really my greatest success is the brilliant people I have meet. 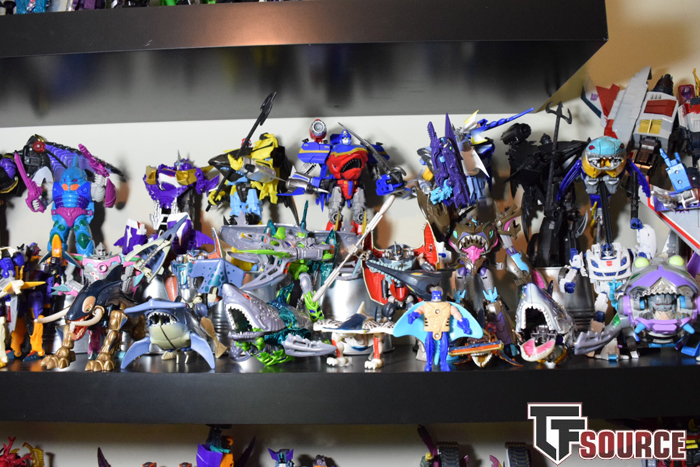 I don’t think I’ve really got one. I always thought it really odd when people collected the same mould multiple times. Then one day I was like ‘I really want a Cybershark in beast mode to display with him in bot mode’. I’m now running out of sharks to buy so I’ve started to collect them MISB. So from thinking people are crazy for doing that, I have become said crazy person. 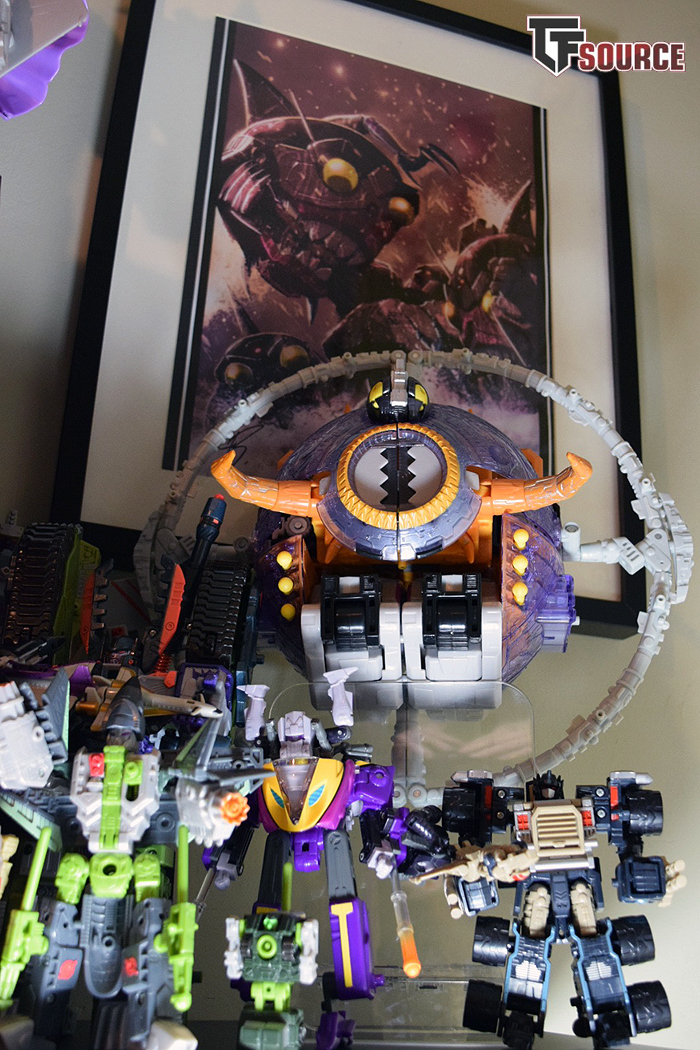 I find this question really hard because I have a lot of pieces I really love. So I sat down and thought about what would I choose if my house was on fire and I had to carry my cats out of the flames, and if I only had enough space for 1 Transformer it would be my G1 Misfire. This guy has been with me since the beginning. He’s survived adventures in ponds and sand pits. Originally my best friend’s but he didn’t want it because he was pink. Also for many of my early years he was a stand in for Starscream. So for sentimental reasons, G1 Misfire. 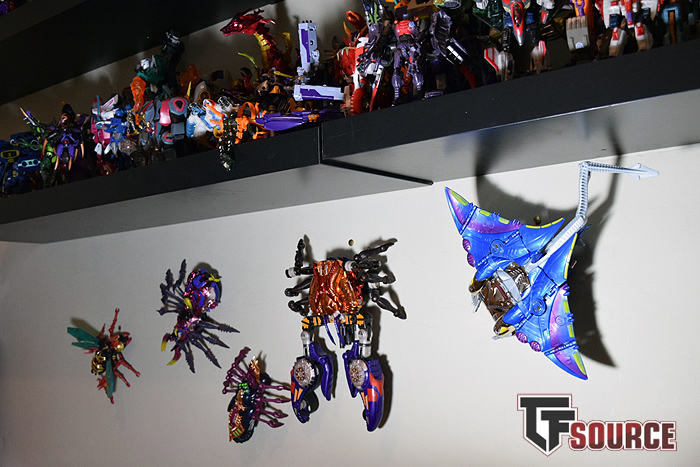 Ow my gosh my wants list is always changing. Anyone with a Hellscream really. I’ve been after that techno shark for 2 years. I searched high and low at TFNation for him. As well as placing bets with Bisto on who could find it first there. Sadly I lost not by him finding it but buying it from eBay at TFNation.

8) What advice would you give a new collector starting out today?

Collect what you want, buy what you like. There’s a lot of people out there who will tell you how to do things. Stay true to yourself. Also don’t be afraid to join in there’s loads of really amazing groups out there to join and talk about this geekery we love so much. 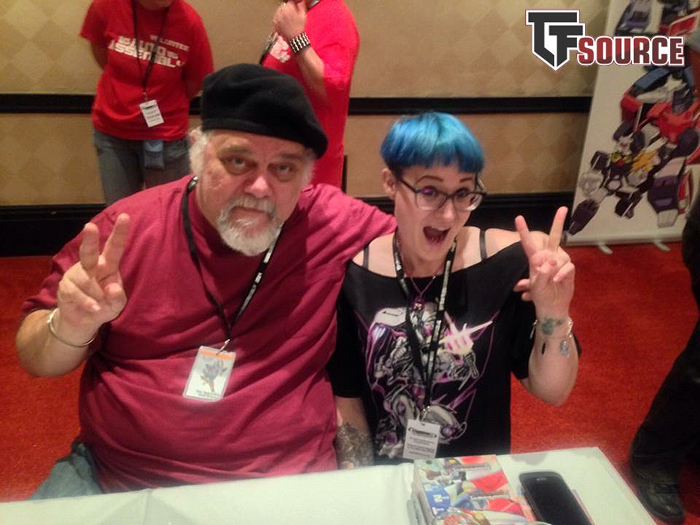 Many kind and gracious thanks to Emalie Pugh for words and photographs.