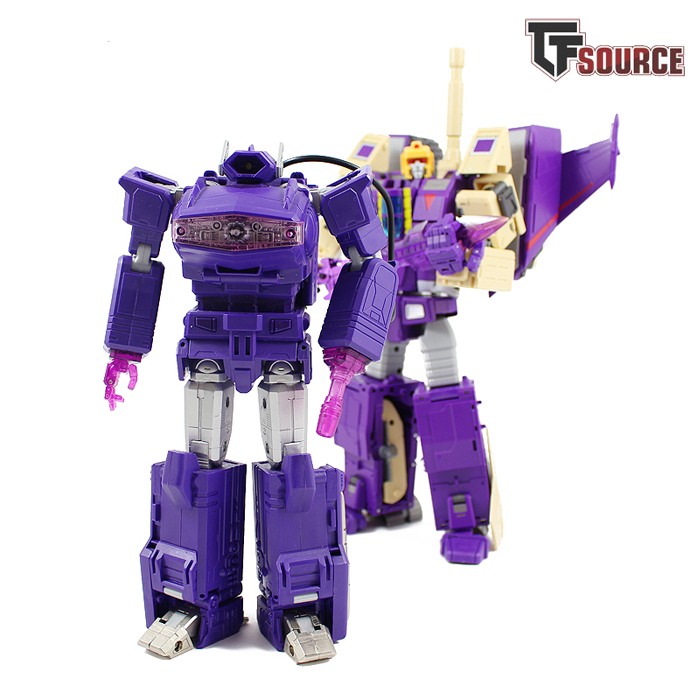 Masterpiece Transformers, Diaclone V2, 3rd Party Masterpiece-style figures, 3rd Party IDW-style figures, Generations figures, Titans Return, Robots In Disguise, Transformers Adventure. There is no shortage of Transformers-related toys coming out right now, and that’s just the brand new shiny, nevermind older figures that one may wish to seek out and add. Very few have the budget to manage all of their collection needs and wants in the face of such a product onslaught as official and unofficial sources vie for our attention. Inevitably, collectors are forced to sell toys in order to fund newer purchases. This week we asked our contributors to look at why it can be so difficult to sell our Transformers. 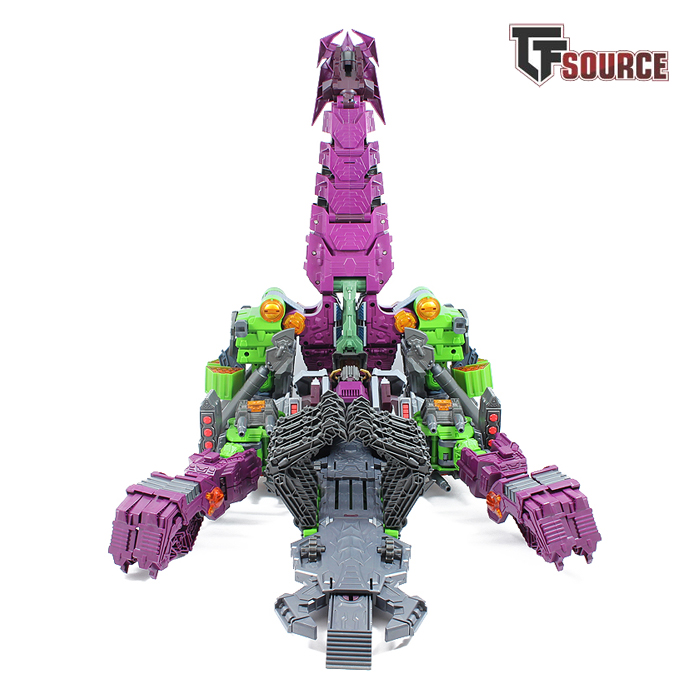 There are many factors that make the selling of toys difficult, from the personal disappointment of having to say goodbye to one’s beloved possessions through necessity to the inability to let something go once it’s part of the collective. The market itself is now so saturated with collectors trying to sell their wares in order to fund new toy adventures that often competition causes prices to drop below that of just a few months ago. Steve Phiakkou starts us off with issues of separation:

“Selling is TFs can be a real heart wrencher for me at times. I recall trying to sell TW Orion, it was a pretty popular item so got interest straight away followed by a buyer almost immediately. Buyer paid, then came the packing. I always transform figures to alt mode 9 times out of 10 for safer more robust transit, as I did in this case with Orion…and ended falling for the toy all over again. Being a man of my word I posted Orion out to his new owner, but I couldn’t shake the remorse, so later that night I scoured ebay until I found one, and duly ordered it!! I can’t deal with separation I guess. Which leads me on to my next point, anyone want to buy an Orion?“ 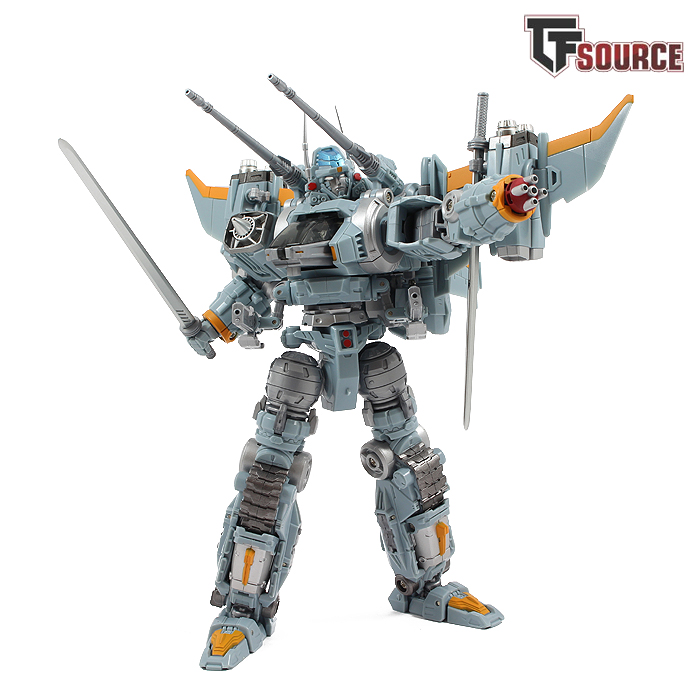 Just liking the toy being sold may not represent the entirety of the sentimental attachment. Alex Kirk demonstrates how each figure can come with its own unique backstory. “I’d classify myself as a selfish collector, as in I do not sell my figures. Even if I replace a yellowed or broken G1 figure I still find it very difficult to part with old one. This can be put down to two things, firstly being incredibly lazy, the whole process of taking pictures, writing a description, working out a price which I think is fair (I hold a deep seated belief the figures on the second hand market are vastly over priced) is something I can put off indefinitely, but most importantly, selling a figure would be like selling a piece of my soul! 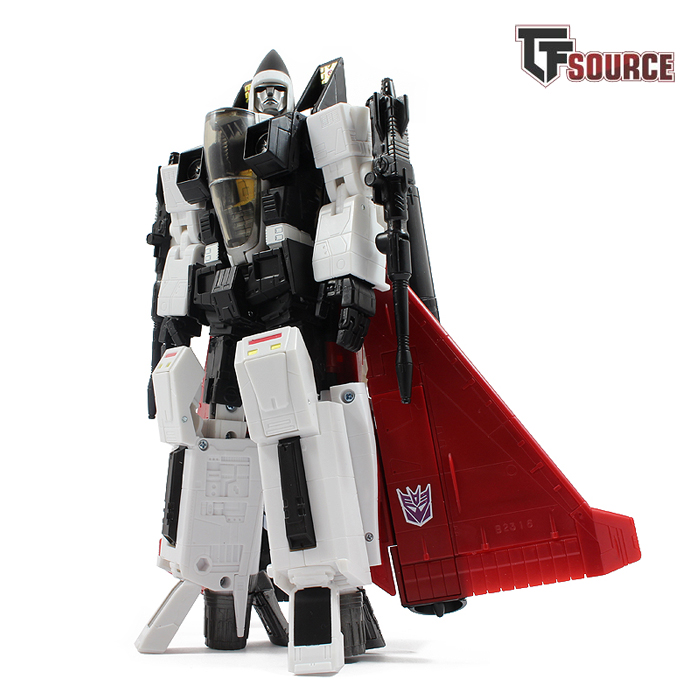 “For as long as I can remember collecting transformers has always been my ‘thing’, but looking at my collection I can still pretty much tell you where I got each of my figures and a memory associated with them. For example I picked up my Constructicons at a car boot sale, but I will always associate them with my dad standing in the toy aisle in Woolworths sketching down the instructions of how to combine them from the back of the figures as I couldn’t work it out how to do it. It’s really strange how a plastic toy can bring back such clear memories, but that’s what I would be losing if I did ever sell them. Sell my Alternators Smokescreen and I’d be selling the memory of the first time I took my wife hunting for a figure, sell my Prime Breakdown and I would be selling a memory from our honeymoon“. 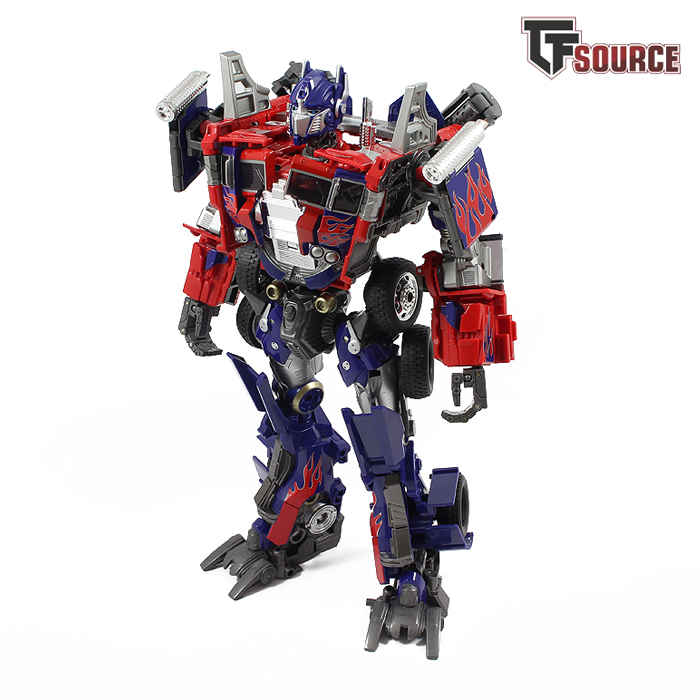 Alex goes on to talk about the toys which don’t come with emotional baggage, though: “That being said, since the arrival of eBay and online shopping, I’ve found that a lot of the emotional attachment to collecting has gone out the window. Uncovering a figure in a box of old toys at car boot sale, is something which can’t be replicated online, and I have figures which I probably happily part with because there is zero emotional attachment to them past the need to fulfil my plastic crack addiction. However sell my Powermaster Prime which I got for coming top of the class for history in my primary school? not a chance!“ 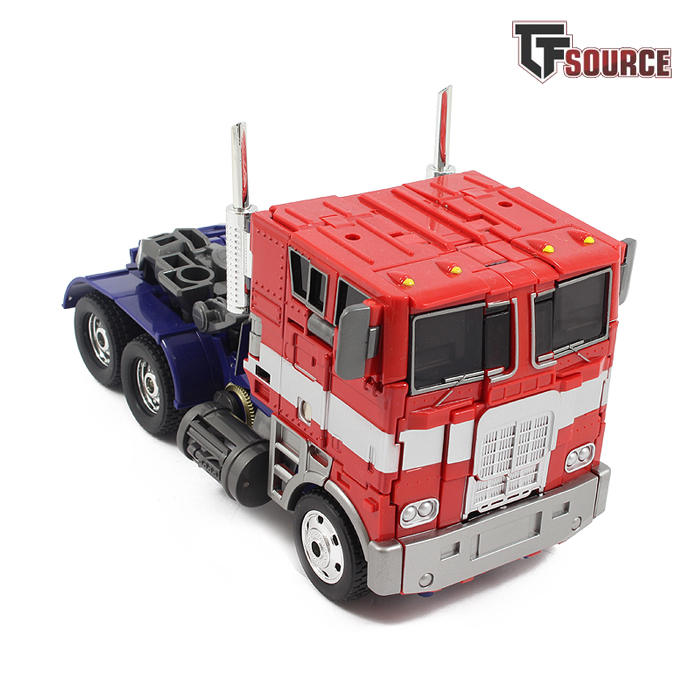 Once one has actually decided to let go of their toys, the practicalities of the task take centre stage. Gordon Yip describes some of the obstacles: “In the past year, due to an influx of new products from both Takara and 3rd party manufacturers, the market has been more saturated than ever making it more challenging to sell without heavily discounting. A common theme seems to be demand is strong for quality items. Examples include MakeToys offerings, especially the ones made to Masterpiece scale as well as FansToys offerings. For items made by 3rd party companies that have traditionally had issues with quality control and design issues, those seem to be the ones that are most difficult to sell“. 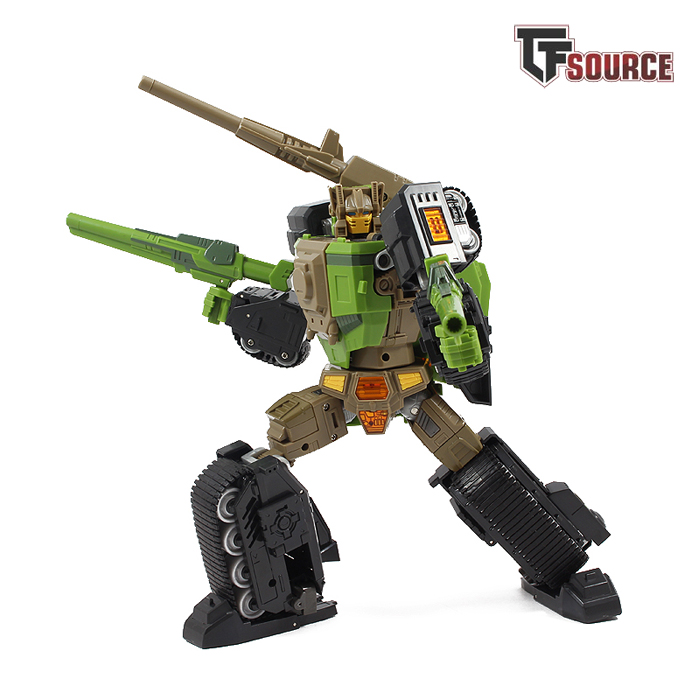 Difficulty selling items is something I’ve experienced myself over the last year. Transformers Animated, Beast Hunters and TFPrime, non-Masterpiece scaled 3rd party figures, Robots In Disguise and the like have taken a long time to sell at what I believed to be fair market value. It was only when I priced them below what I paid, that they started to sell. This is a relatively new experience for me, as I’ve always bought on a tight budget and often wisely, meaning I’ve almost always made my money back. That is happening less and less, and I’m taking losses on virtually all my sales now.

Brandon Yap gives us his detailed analysis: “Without a doubt, the Transformers collector of today has a much wider range of product to chose from than ever before since these robots in disguise began life in 1984. From the numerous official lines, Masterpieces, cross market products (eg Choro-Q, BAPE, EVA) to the nearly endless stream of third party figures to KOs (yes, even these are increasing in pace). 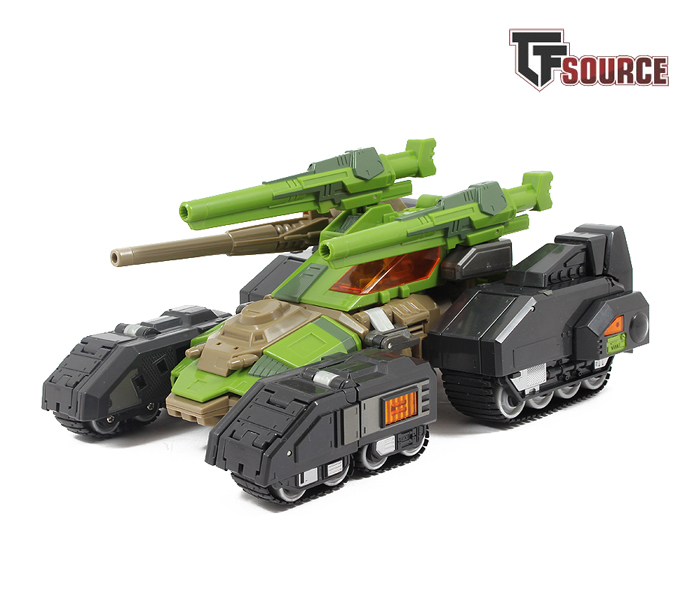 “Therein lies the problem – infinite wants, finite resources. A collector can only buy as much as the wallet will allow. More product means more choices, more choices means more sacrifices – a collector has to chose, to buy some and to let others items pass. Of the two main archetypal behavioral patterns, it’s easy to extrapolate that many collectors fall into the obsessive compulsive category (rather than the patient, wait and see category). This means that in choosing what to buy, preference will be given to many little purchases more frequently across a given period, over a single large purchase over the same period. This likely leads to a move away from high value, usually vintage toys (because a collector has to wait longer), and moves the purchasing pattern toward the smaller, easier and more accessible product, like third party upgrades and Masterpieces. In other words, it is far easier to make a $100 purchase every week than to make a $800 purchase at the end of two months – not many can wait that long between drinks!

“Naturally, this means that sales for vintage G1 or Diaclone high value products are impacted because money is being diverted away from these wants into small piecemeal wants. And it is difficult to resist these smaller wants because the advancement in social media and the Internet means it is so much easier for collectors to see and learn about that new prototype, that other third party release and so on. Whether what I believe above is accurate or not, the one certain trend I am seeing is that most collectors nowadays do not appear to have the cash to purchase higher value vintage stuff (or they are becoming more conservative), unlike back say 4-5 years ago where such ‘high roller’ collectors were more commonplace. In any event, it is difficult to draw any solid conclusions beyond what I see above because I just do not have a large enough sample size for a meaningful statistical spread”. 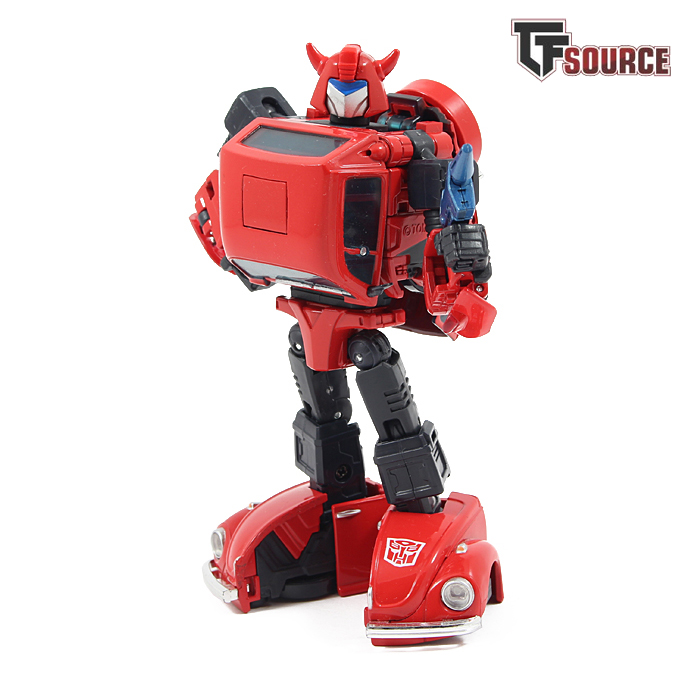 What else is there to say? More toys to capture our imagination, but the same budget as before equals not being able to have everything we may want on that previously sustainable and sufficient budget. So we focus, re-focus and sacrifice what we own to buy what we want more, or we choose to miss out. Once we get to the point of selling, it’s off to Facebook groups, forum sales pages, Twitter, eBay and the like, where the effort of online toy sales brings its own hassle, and prices that we have to console ourselves with as items fall out of fashion ever quicker. If we can bring ourselves to let the robots go at all. 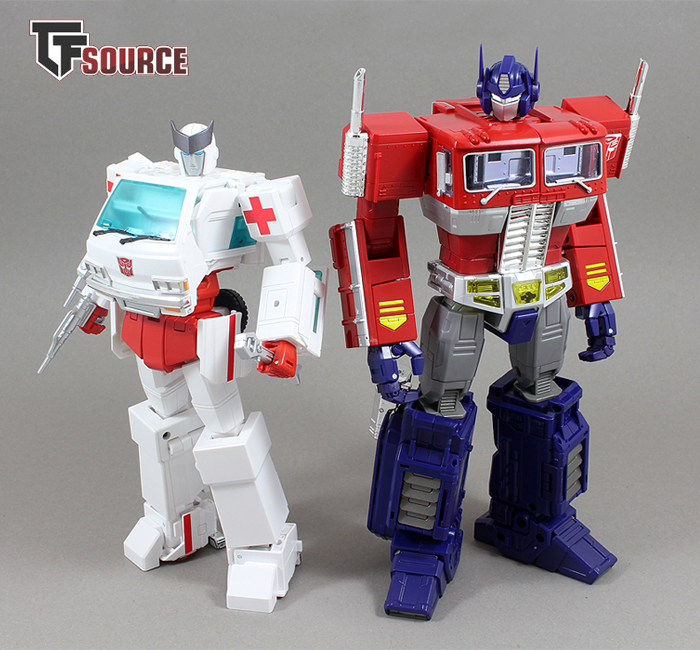 Masterpiece and 3rd Party Transformers available now at TFSource. Many kind thanks to Alex Kirk, Brandon Yap, Gordon Yip and Steve Phiakkou for contributions this week.