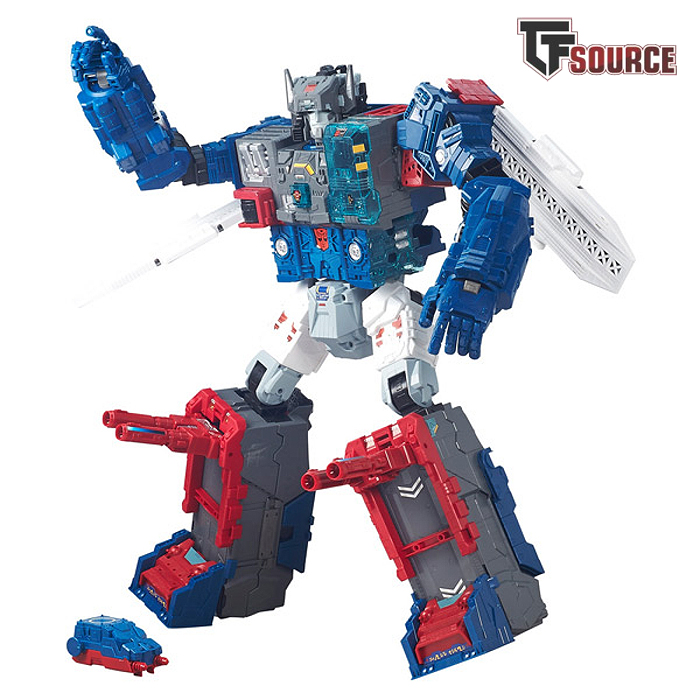 Remember back when if you wanted a character in the Transformers universe as a toy in your collection, chances were that you had a single choice for that toy? You either made do with what you were given for Broadside, or you went without. Or you made your own. Nowadays, with multiple aesthetics, scales and companies in the mix, one can be decidedly more picky about which representation of a Transformers character they settle on for their collection. Even if there’s nothing presently on the horizon, the current state of the scene encourages patience. Or does it? We ask our contributors this week if due to the increased amount of Transformers product, are they much happier to pass on something that isn’t perfect compared to the past? Is ‘good enough’ not good enough any more? 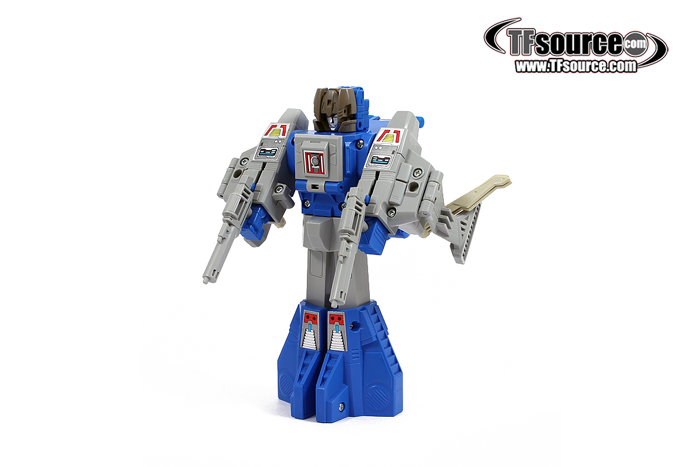 I’ve always wanted a Highbrow in my collection, and last year I finally managed to get my hands on a vintage G1 specimen nice enough to sate me. For ages this was the only option available to fans of this character, and I never saw any negatives in its design or felt the need to get hung up on a lack of articulation or scale discrepancies compared to its contemporary releases. Had I still been after Highbrow today, though, my decision might have been different. With a Hasbro and TakaraTomy version recently revealed as part of the imminent Titans Return line featuring current technology in toy design, including articulation of a modern standard, and a price point far more favourable than vintage G1, I could wait and grab that. Alternatively, I could go for the upcoming FansProject “Browning Type II” if a Classics scale with more complexity is my desire. Failing that, I suspect MakeToys will get around to Highbrow eventually in their Re:Master line at a very high price point but finished to an immaculate and Masterpiece-style standard. This would have been unthinkable a decade ago. The point is, for anyone who had a Highbrow-shaped hole in their collection, 2016/17 has opened up excellent possibilities for them. 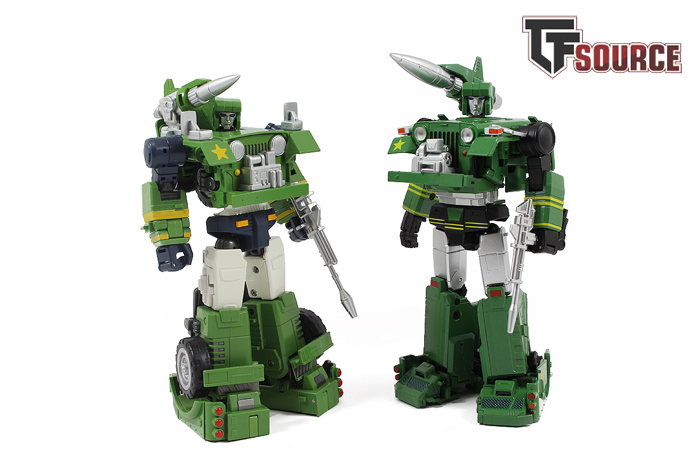 I asked Sid Beckett to give his thoughts on the question of whether or not we can be much more picky and patient now. “Personally; I look at this with a somewhat pragmatic approach (or fatalistic). We might all die tomorrow, so enjoy what you enjoy today. I went for MakeToys Hellfire not just because it was first to market, but because I thought it looked great. Had the transformation sucked, I might be interested in the others, but I LOVED him in hand and – like Quakewave – it will take a lot to make me replace him, but I am open to the idea of something better coming along. So what if that happens?

“Another example are the Insecticons, I bought the BadCube boxset for a great price, but they’re not quite for me. I don’t regret buying them as I can sell them on – probably for a small profit – and if I then invest in the Fans Toys set, I do so having experienced both. As always, I love the choice we have, and I’ve always been an ensemble collector- one figure on his own does little for me, no matter how great the toy may be (I’m looking at you Masterpiece Exkaiser!). With MP seemingly going more and more Animation accurate at the expense of a balance between real world vehicle, toy, and character model, I’m happy that other companies offer alternatives for comic fans like myself, even if they’re not ‘perfect’. Although, I’ve always felt ‘perfect’ is an objective term, and an odd-one to apply to a subjective hobby”. 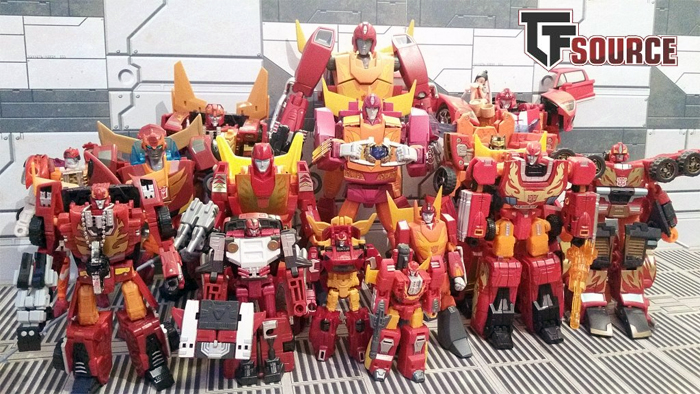 Tuxedo Mike, like Sid above, doesn’t mind buying what currently exists on the market and upgrading later, although the host of Rodimii above demonstrate a slightly different approach: “Rather than waiting for a ‘perfect’ toy, I’m the other end of the spectrum really… When it comes to Has/Tak releases, I’ll often buy every version of a character and see which I like the most. Until fairly recently, the prevailing trend was that newer was better, but the recent Combiner Wars deluxes are an example of where that’s not been the case. Likewise, Has/Tak toys aren’t an automatic shoo-in over older 3P figures on my shelf. I will usually buy both and compare, though, especially if the newer toy is a mass-retail release. While I’ve recently begun liquidating older figures and ‘spares’, there’s a photo of my Hot Rod/Rodimus collection that demonstrates the results of this approach.

“The main exception is when I hear there’s one or more 3P versions of a character and/or and a Has/Tak version in the works at the same time, for example the situation we’ve got with the upcoming MMC Carnifex and Hasbro/Takara’s teased Titans Return Overlord. In that case I’ll usually leave it until both versions are coming and pick my favourite”. 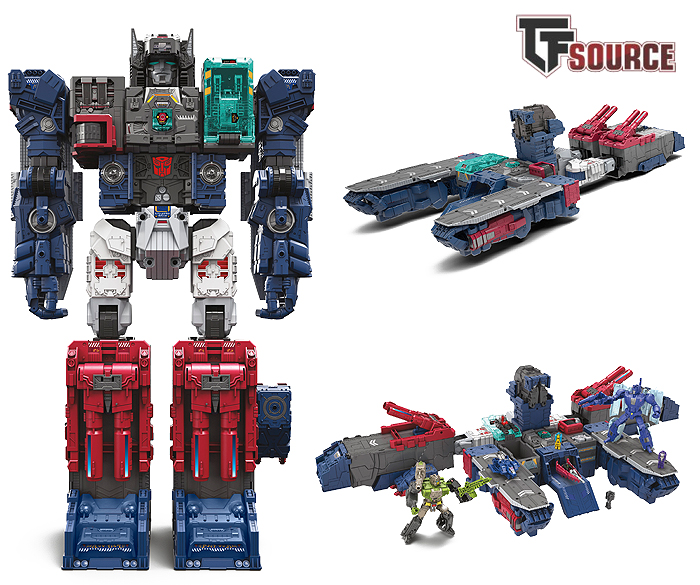 There are those, though, who do find themselves being more choosy these days and despite available toys very nearly fitting their parameters. In the case of Kit Tang’s Autobot Citybot collection, Titans Return Fortress Maximus would appear to perfectly suit his collecting vision, but has the sheer variety of product out there turned this from an instabuy into a maybe?

“As Maz has previously noted, I am an Autobot Citybot collector. Fact is, a Generations Fortress Maximus should be an absolute Godsend to me, and yet with pre-orders for Titans Returns Fort Max already being offered I find I haven’t even come close to clicking. Why? I’m not sure I could tell you, but I think I am greatly disappointed that it basically is just a Generations Metroplex remould. The ‘Battleship’ mode on the G1 toy was always weak, so Fort Max’s actual city mode had better be good to compensate, right? But looking at TR Fort Max’s… (well ‘craptacular’ is too strong a word) ‘uninspired’ City mode has just left me cold, especially since I want him as part of a city. So do I actually want it? I genuinely don’t know because while I am unsatisfied with what I’ve seen I KNOW that Hasbro won’t release another Generations Fort Max… will they?” 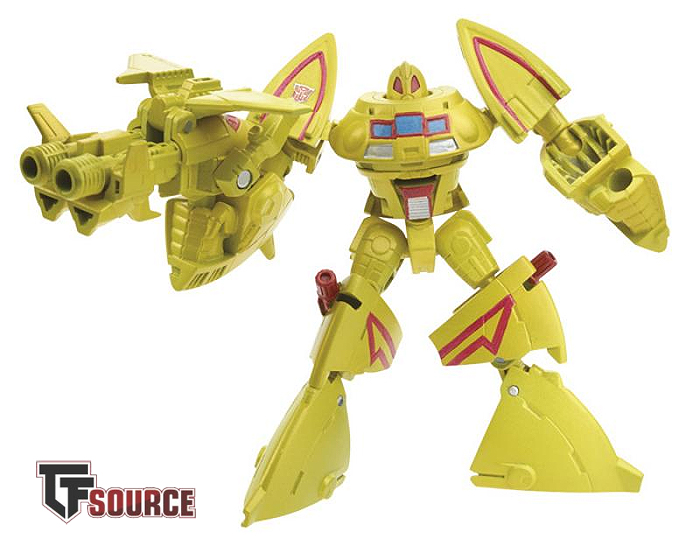 Even more extreme than that, we have Richard Irvine-Brown whose love for the obscure Marvel UK comics character Scrounge is well known in certain UK collecting circles. Surely the fact that Combiner Wars Computron comes with a repainted Cosmos as Scrounge – a character nobody ever thought could see a mass toy release – would be cause for celebration? Nope. “I’m a Scrounge fanboy. Scrounge was a favourite from the comics. Scrounge was a nostalgia bomb when I got back into Transformers. Scrounge is my main man. And mainly the allure has been stretched into near-mythos due to the lack of a toy. I never thought we’d get a Scrounge toy. Or Slayride, Flame or Chameleon. Then I heard Cosmos would get the lemon repaint. I was tepid on the news as I own and love Cosmos, but don’t double-dip on molds.

“Then I saw the toy and thought: ‘Huh, that’s just Cosmos in dandelion colours with a head like Scrounge’s’. It did nothing for me. There was no compunction to own it. I can’t say it any clearer: I do not like it. But will I ever get another Scrounge toy offered up by Hasbro? My magic eightball says ‘Lols’.

“I’ve been here before. I need a Sunstreaker if I’m to complete my line-up of the Ark Autobots. Ever since I saw the Chug offering I knew it wasn’t for me. Didn’t like the toy. But I thought Sunstreaker was popular enough, high enough up the known faces of Transformers, to get another modern toy. Maybe in the Movie line, Animated, Prime… Nope. We got the CW toy. Again, it looks a stinker to my eyes, so I won’t get it. At the other end of things, I still don’t own a Megatron. And every line of TFs gets at least one, normally, two silver Goliaths with a block for a head and a large weapon and gets the M-name stamped on it. But none of them have done it for me. I can afford to kick back, let futuristic attack helicopters and tramp-trucks and WTF spaceships parade past my wallet and shelf. Now, the Titans Return Megatron floating around of late looks like it might be the tyrant for my Decepticons.

“Then again, I’ve settled for a few ‘that’ll do’ toys to fill holes in my collection: Chug Trailbreakercutter and Bluestreak and the recent Insecticons. But Scrounge? I don’t like it. I won’t buy it. We probably won’t get another. That is not enough reason to get it. A Scrounge toy doesn’t have to look much like Scrounge. It doesn’t have to be a wheel, it might not even have to be canary-coloured. But it must zing of Scrounge. This upcoming one does not”. 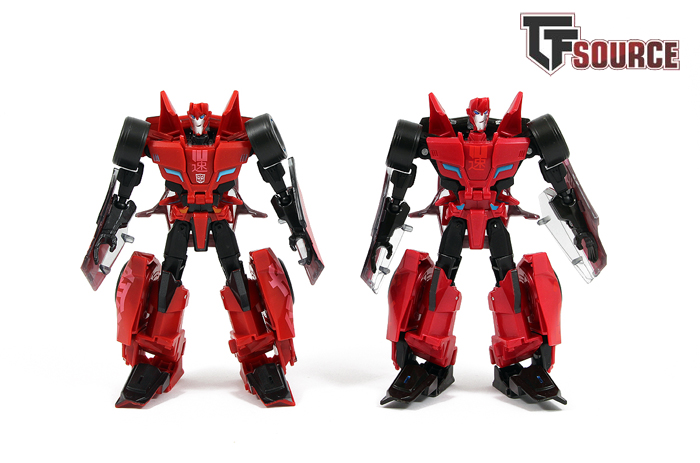 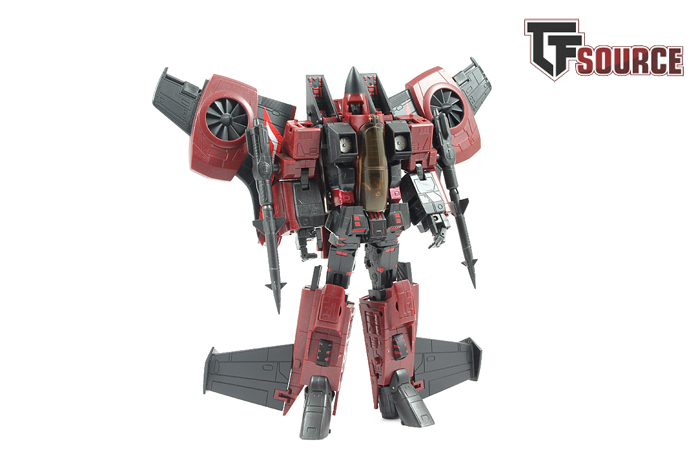 Whether it’s skipping the first 3rd party Masterpiece analog of a character to market in favour of the inevitable unofficial competition from a much-preferred company, the belief that an official one will trump it, or waiting on a more aesthetically pleasing version of an official/obscure Transformer that at one time seemed an impossibility…I find it hard to believe that we have not all had our willingness to accept what is available now or previously affected in some way. Thus, we find ourselves increasingly able to pass up seemingly good enough iterations and wait for something better, something closer.

I’ll allow Dan Ghile the pleasure of summing it up the way he sees it. “It’s funny to think about the ‘perfect update/edition’ of a character when it doesn’t seem too long ago (because I’m old) that ANY new version of a classic character was miraculous. I remember the ‘dry’ period between G2 and say 2003/4 when for the most part there was no real direct updates of anything. I was blown away by RID 2001 Optimus just for being a new Optimus Prime, regardless of accuracy! If you were a G1 fan you collected G1. There weren’t other options really. The idea of what if they made a new version of was a pipe dream. 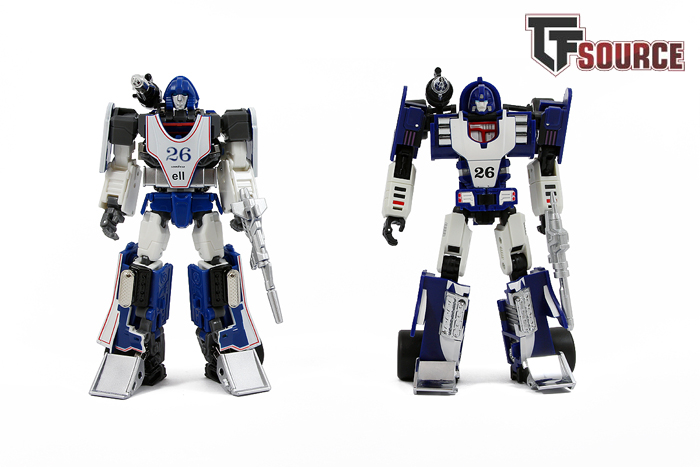 “And then it started to happen. Toys like Energon Rodimus, Galvatron, Starscream and Downshift were touching on being new toys of old characters and this was eclipsed by Binaltech and ultimately Masterpiece MP-1 Convoy, the first real definitive version of a character we ever had. It set the standard. Until it didn’t. MP-10 came along and really cemented the sense that something can be perfect until the Brand New Shiny comes along to blow it away. It’s supported by the 3P scene which thrives on selling placeholders until something better comes along. The pile of Quakewave/blasts cast aside in the face of an official release when once untouchable kings of their realm just shows how ultimately fickle we all are. A silhouette from Takara Tomy can end the ‘Inferno wars’ for most before half the competing product is released.

“For me, I’ve chased the white whale of perfection before in a perfect Hot Rod (ticked mostly by MP-9 visually and kind of again by MP-28) but as I move on the things I dream of owning are less updates but new ideas. I’ve come to realise that no update is truly definitive and we should just enjoy great toys for what they are while we have them”. 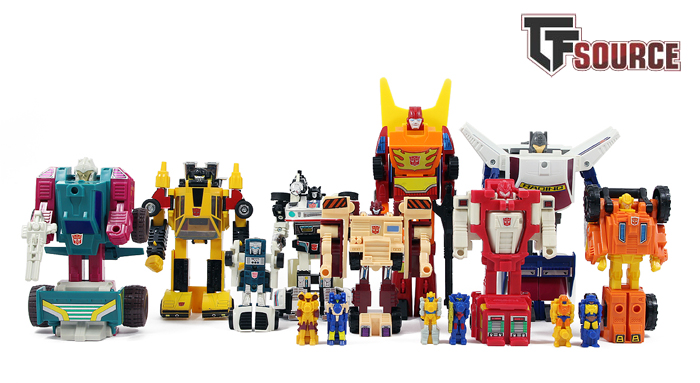 Many kind thanks to Sid Beckett, Tuxedo Mike, Kit Tang, Richard Irvine-Brown and Dan Ghile for excellent contributions this week.