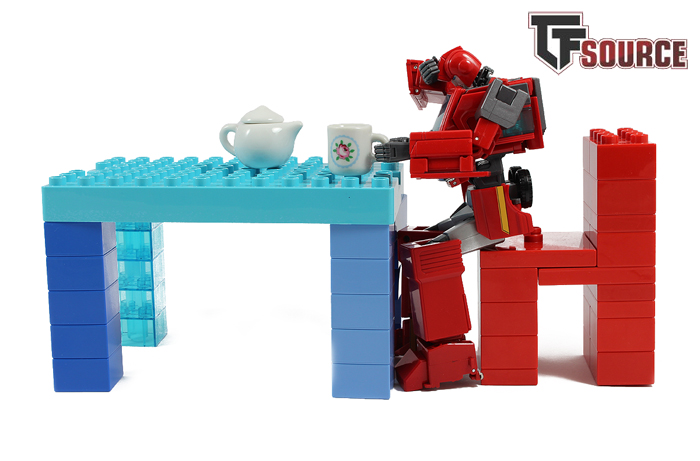 One of the dangers of becoming very involved in a hobby or pastime, for those who invest in it more than just casually and dedicate a lot of their free (or not!) time to such a pursuit, is burnout. The source of such feelings can vary from financial constraints to over-indulgence, or from letting lines of reality become blurred. Someone who collects, discusses, participates and enjoys Transformers is every bit as susceptible to these feelings as a stamp collector or car enthusiast. For me personally, such feelings can arise from all of the above circumstances combined, or any single one in isolation. The result can be an extended period of time away from the hobby, disenchantment with the hobby and the fan community or re-assessment of priorities and time spent indulging in what should have always been an exercise in leisure. 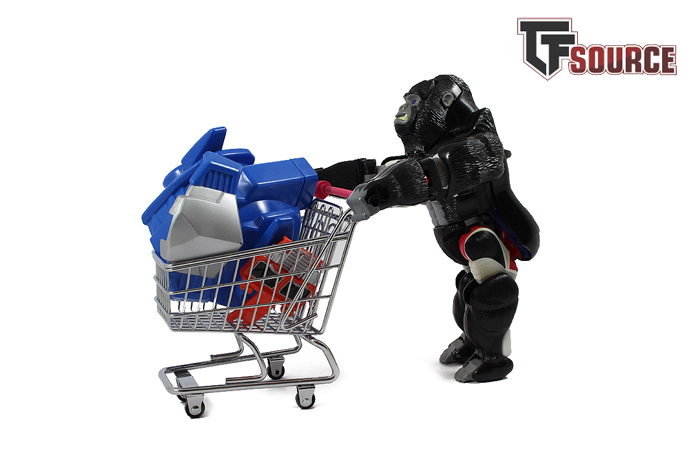 Maybe in order to understand the burnout state, one has to consider the opposite situation. If burnout is an extreme, then the reverse could be a healthy moderation of time and effort (and funds) expended in collecting and enjoying Transformers. However, if you want to think of burnout as one extreme, and moderation as the healthy central point, then maybe the other extreme is someone who desperately wants to spend more time enjoying the hobby but has not got the time or access to fulfill the need to their satisfaction.

One cause of burnout seen frequently in Transformers collecting is the buying of many toys. This does not necessarily have to imply that one is spending beyond their means financially, but maybe beyond their capacity to appreciate. New toy joy or glow is a definite thing, and if one gets into the habit of living for the next fix, it can lead to an increased rate of purchasing, pre-ordering and collecting generally. While some can sustain this pace without a drop in enthusiasm or a significant decline in living/displaying/existing conditions, after a while certain people will begin to be negatively affected. Nobody enjoys having their collection stored in cardboard boxes or storage containers, let alone at a different premises. Seeing flash sales and large scale liquidation of parts of one’s collection is not uncommon in such a case. 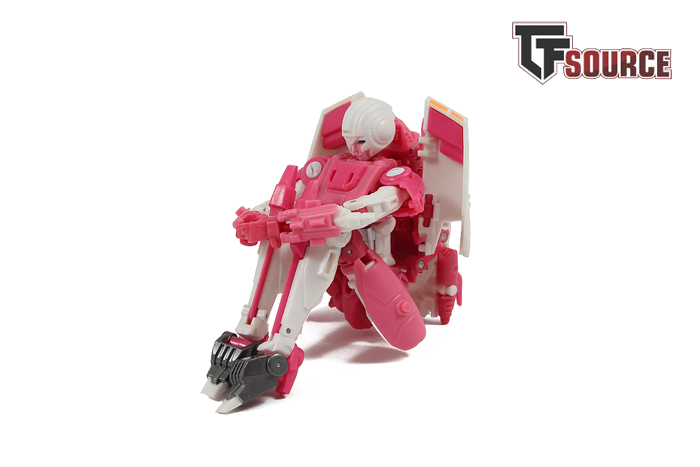 New toy joy isn’t the only thing that can lead to over-purchasing. This can happen out of obligation, habit or loyalty to a concept or line. I know what it is like to secure pre-orders for certain toys based on my decision to collect said line and not wishing to miss out later on. I could easily name a few obligation purchases that I have made, things I’ve bought for the sake of my collection over things I might have gotten more fun out of. I’m not perfect, my collecting history is littered with errors of judgement. The feeling of being overwhelmed can also come from the perception that we are being bombarded with toys that are vying for our affection (and money). It’s easy to say “Just pick and choose”, but it wasn’t that long ago that I wrote about focus and how the streamlining of one’s collecting may have to go through further filtering to meet the unending stream of official and 3rd party product that even the most financially comfortable collector will struggle to keep up with. If one’s idea of collecting and being involved does not include regularly having to miss out on things, this too can lead to a form of burnout or disillusionment. That trying to keep up and the resulting increase in volume of incoming toys, and the diminishing space to open, enjoy or display them all contribute to this state of mind.

A lack of access to toys due to poor retail distribution or limited nature of particular exclusives can have a detrimental effect on enthusiasm too. If enthusiasm is the energy and fuel that sets our hobby passion alight, then running out of that enthusiasm and the burning out of that fuel is every bit as much ‘burnout’ as the exhausting of funds, space, time or appreciation. Not being able to buy the things you collect because they cannot be found or reached without importing or resorting to expensive or complicated measures on a regular basis will create the same atmosphere of disenchantment. 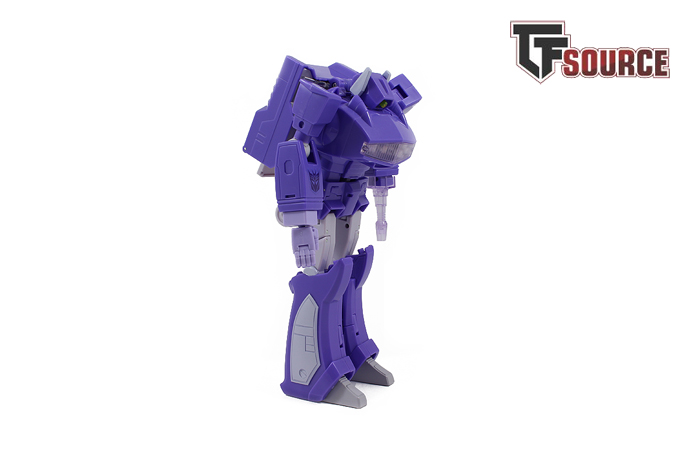 Buying too many or not enough toys are just some aspects of experiencing exhaustion with the hobby. I could happily while away hours on social media and forums talking about Transformers, speculating about new and old releases, discussing implications and getting into heated debates. It has always been important to keep it all in perspective as a hobby, but of course some of us take it seriously and invest more of ourselves into it. Hardcore fans have always been a part of the landscape and as we all know, intentions, tone and subtleties of human interaction can be lost over the Internet, leading to disagreements, arguments, grudges and other negative experiences between fans.

If a particular toy, company, concept, show, issue or occurrence has brought out strong emotions in the community, the depth of passion or negativity with which such things get debated can often lead some to walk away from the community, or take a less active role in it. This can have a significant effect on hobby newcomers. The last thing we want is for excessive and regular levels of negativity to permeate through our chosen leisure activity. Becoming a victim of other fans’ agendas online can really sour the experience of being involved in a healthy and well-populated collector or fan community, and can lead to burnout or an overwhelming feeling of tiredness with it all. 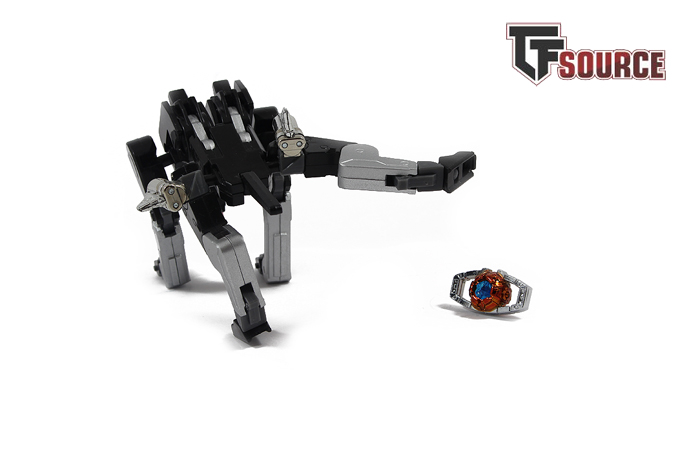 It’s one thing to have a strong opinion, but when you go online with a positive feeling about an aspect of the hobby, walk into a hurricane of negativity, complaints and whining about that same thing you like, an element of its enjoyment will eventually be eroded and its hard to stop that reflecting on whatever aspect you enjoyed previously – be it a toy or a TV show. It’s even worse if you are then accused of having your own agenda that you’re trying to push, whether you are affiliated with a retailer, blog, forum, community, era or none of the above.

My last point that I’ve chosen to highlight is one that may be harder to understand or have sympathy for. As a toy reviewer and writer, social media user and content creator, I occasionally feel overwhelmed by my self-imposed obligations to remain active online and maintain a presence in order to stay interesting, current, relevant, connected or even up to date with what’s happening around me. Ninety-nine percent of the time this is a privilege and a pleasure, but even I am feeling the effects of all of the above and it can have an enormous impact on my enthusiasm if I don’t feel inspired enough to review or photograph and simply cannot afford to buy product to feature and discover. 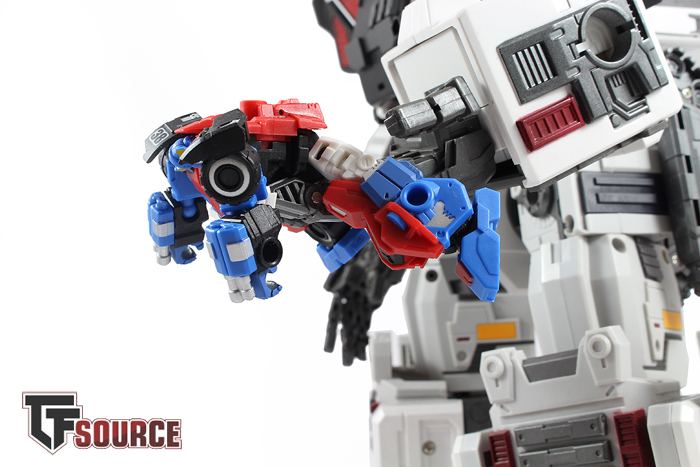 So while immersion in a hobby can bring so much enjoyment and good feeling, the exposure to the above pitfalls and a lack of appropriate moderation or foresight can hinder one’s ability to endure in the hobby. The state of play currently is that official and unofficial products not only come out to compete, complement and replace each other, but they do it at an increased rate that suddenly makes missing out a regular part of the game whereas once upon a time, things like Masterpiece Transformers or an essential 3rd Party figure were accessible at a manageable pace and budget. Distribution and access to mainline Transformers from Hasbro and Takara remains an issue for some and with more attractive toys for Titans Return in the pipeline, there’s no reason to believe that it will suddenly improve.

Not to end the piece on doom and gloom, although it is important to be aware of pitfalls and the possibility of experiencing burnout in all its forms during our time in the hobby, I’d like to allow Ben Parfitt to wrap up why, despite the overwhelming choice, expense and negativity seen in Transformers collecting and fandom today, there’s reason to be grateful. 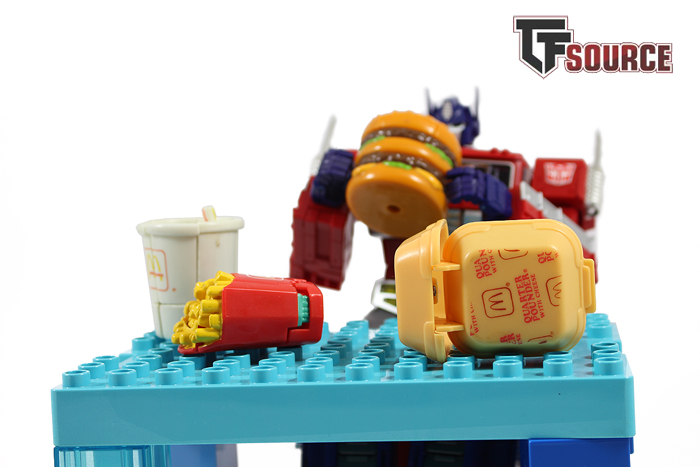 “It was only a few short years ago that the Masterpiece line felt like a work-in-progress and there wasn’t a 3P scene to speak of. Now, after hardly any time at all, it feels like we’re dripping in MPs and there’s an amazing amount of 3P choice. The quality of 3P has come on leaps and bounds, too, matching and arguably surpassing official. There’s so much choice for the collector, and I just can’t rationalise how that is a bad thing. We no longer have to ‘settle’ for anything, we can pick and choose.

“The only problem I have is the sheer amount I spend because I find it hard to resist buying into the latest thing, but what a problem to have! Essentially it feels like such an amazing time to be a collector. When I first started a few years back it was nothing like this. After selling my collection and taking a couple of years off I’m amazed how much the scene has changed since my return last year. And for the better! We should enjoy this, too, because we shouldn’t presume these times will last forever. With so much on the market we could see the bubble burst. Then we’ll look back on this era with fondness, I’m sure.” 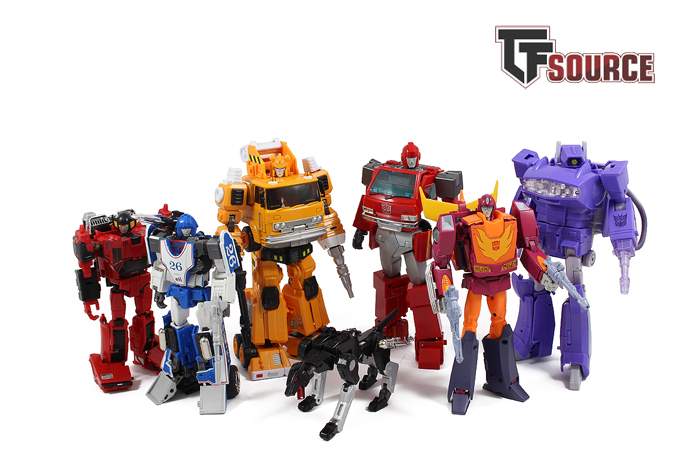