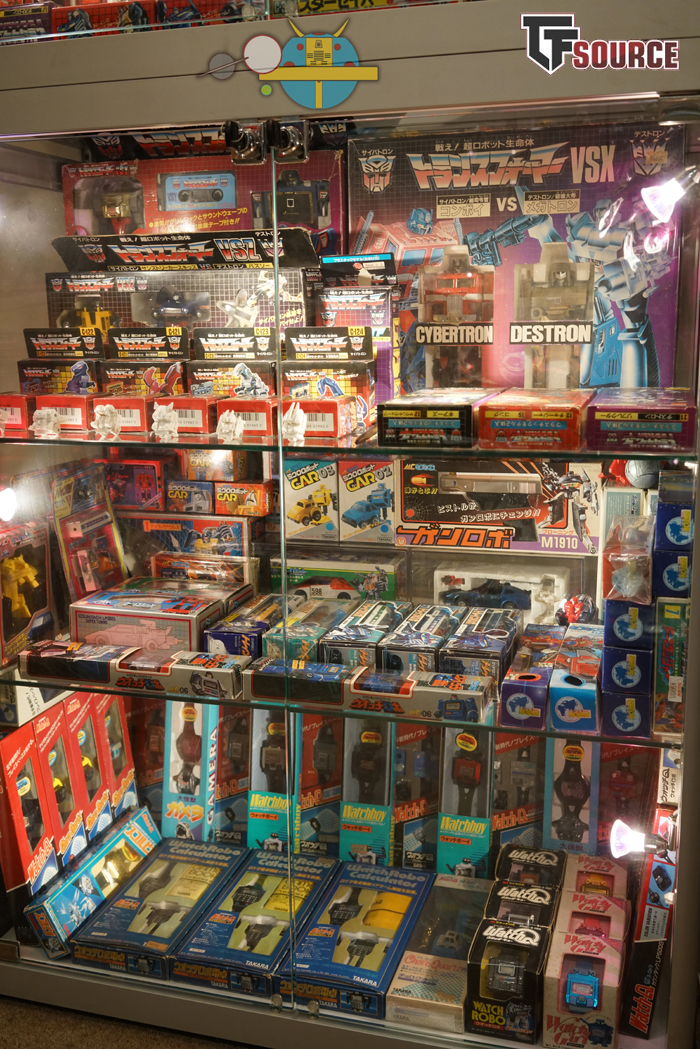 Imagine a relatively complete collection of Generation 1 Transformers from about 1984 to 1988. An impressive sight and a wonderful achievement. Now imagine that same collection in the form of prototypes, test shots, first shots, packaging samples, hand-painted mock-ups and pre-release box/catalogue/Toyfair photo subjects. Throw in the rarest production Diaclone, Micro Change, Generation 1, Minibots, TF Juniors, Kabaya kits, Lucky draw/Campaign prizes and Takara watches in existence, season it with original vintage G1 box artwork, animation bibles, storyboards, unreleased G2 Transformers, and you have one of the most unique, well-respected, breathtaking and landmark collections in the history of the hobby. One day there might be an essential series of books about the significance of Ras’ collected treasures – literally the history of the Transformers toy brand – but for now here’s his interview and a majority of his collection display. 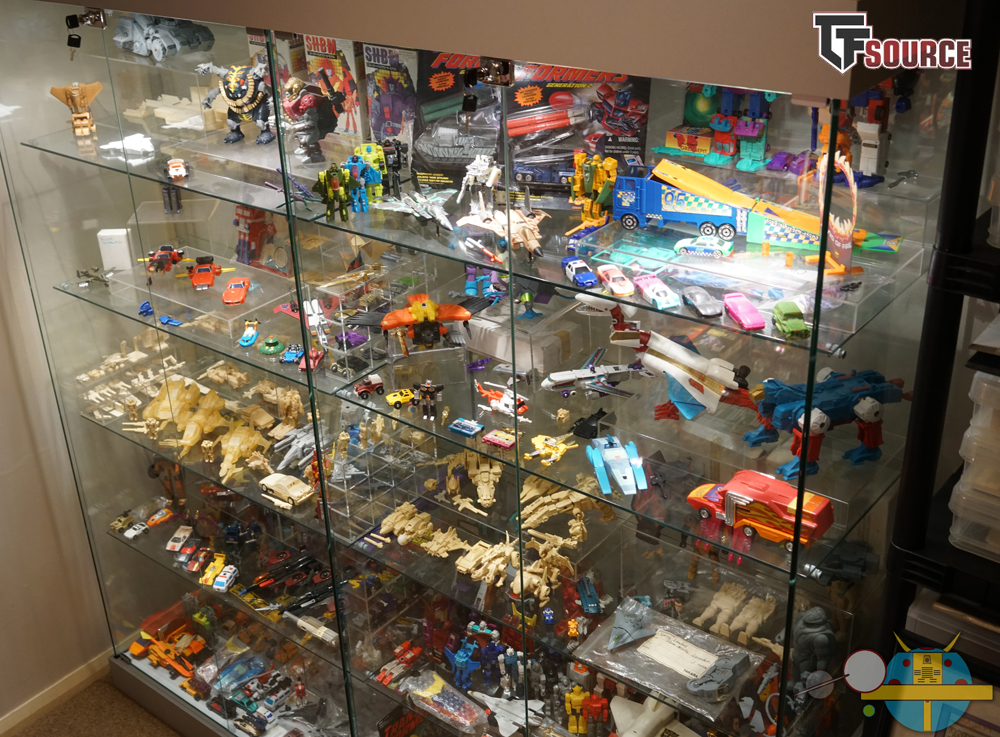 Prototypes, test shots, mock-ups, samples. All of them.

My name is Ras and I have a Transformers addiction.

I’m a UK-based collector of rarities, exotica, prize/promotional artifacts and pre-production material spanning the pre-Transformers, G1 and G2 lines with a heavy passion for prototypes. I have a few newer pieces too, but vintage is where my heart is. When time permits I also run robotpoints.blogspot.com.

I got my first Transformer, Wideload, from my Grandfather and never really stopped collecting. In 1996 an issue of Tomarts Action Figure Digest led me to overseas vendors which allowed me to acquire figures not originally available in the UK or to me personally at the original time of release. Shortly after came the internet and conventions. It was at this time I started to focus on rarities and due to limited funds I made a decision to sell my near-complete loose G1/G2 collection in order to concentrate on this new focus. My first purchase was the famed VSX set. To this day one of my all-time favourite pieces 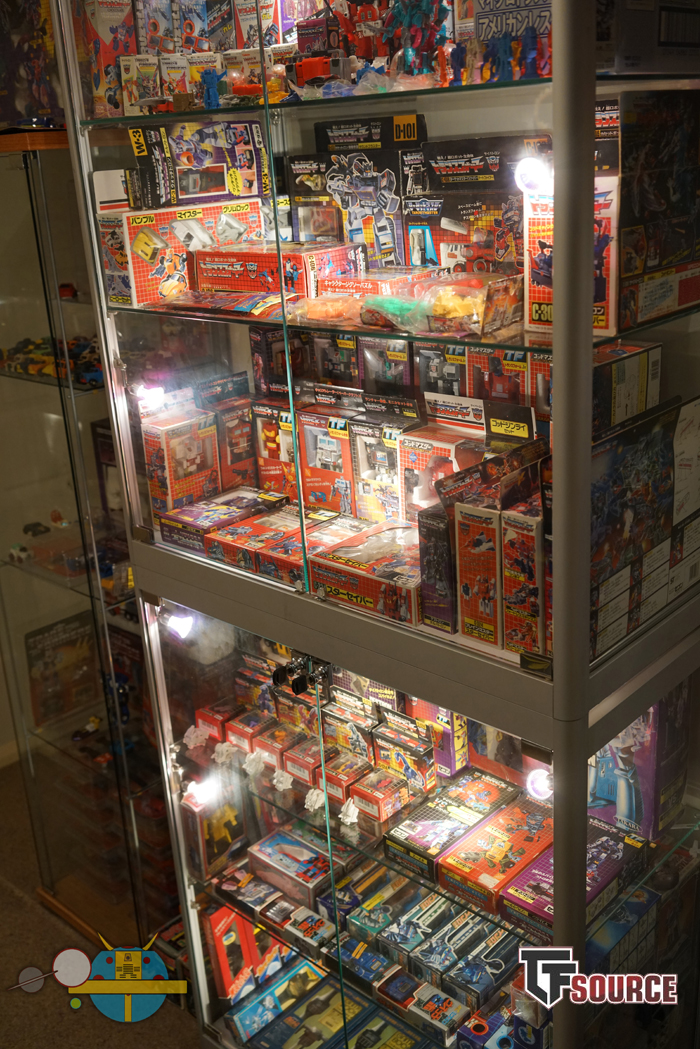 There was a huge spike in the late 90s/early 00s of auction site and message forum usage. People sharing their knowledge and creating a foundation upon which the next 15 or 16 years’ worth of information would be built. Along with reigniting old flames, the new movies brought a new generation of fans into the mix and I see increasing numbers of fans whose first Transformer was not a G1 toy. Conventions have changed and brought more fanfare to halls worldwide with cosplay and female fans rapidly increasing in numbers. AFA and 3rd party have made an impact in recent years also, welcoming with them some mixed feelings and opinions. The former offer superlative cases and presentation (even though their self-appointed authoritative grading is at times inconsistent….and has no authority) and the latter showcasing the technical skills of the artist and small business man, though not being an official product; leaves many admiring 3rd party from afar. Also they’re expensive! Wow.

This is mostly all fantastic for fans as it keeps the brand alive and in diverse competition, but I find there is generally a less communal discussion about vintage exotica than there used to be. More recently the Facebook groups have risen in population, giving people ample opportunity to discuss their selective field of collecting habits. 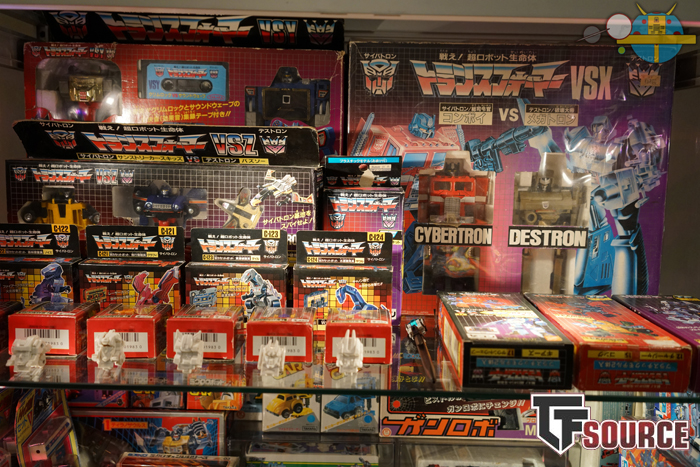 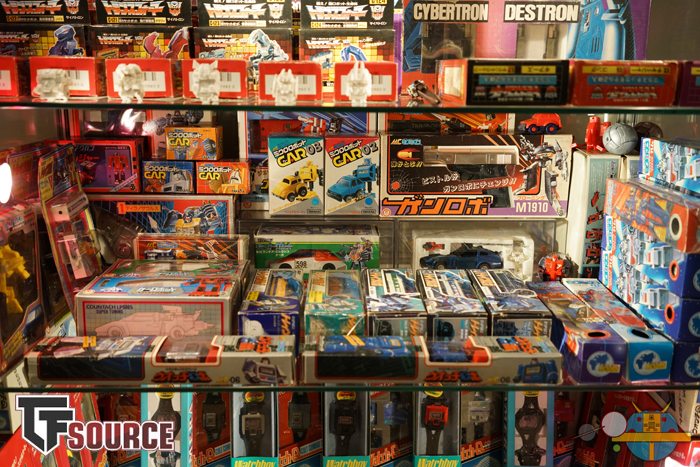 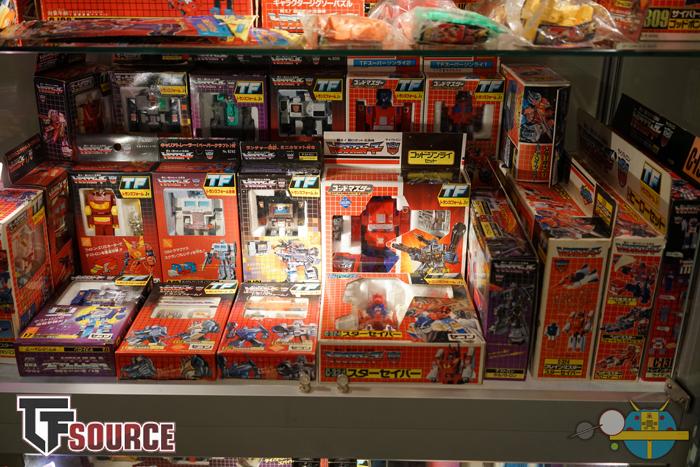 I could spend hours talking about specific areas of collecting: price changes, the short term vs long term market impact of a multiple/case/warehouse find, production items that continue to elude the open market etc. But broadly speaking, Transformers will always have a huge fan-base. Focus will change generationally but the original stuff will always have the strongest presence as new fans discover the origin of the brand. It’s the same with everything. Look at film photography. I strongly believe that if the original Transformers were premiered today, in an identical way to which they were in 1984, it’d be a huge success. Simply because the product was just that good. 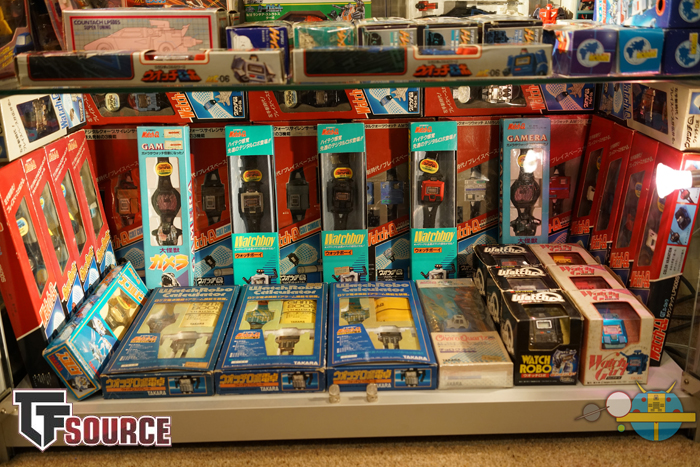 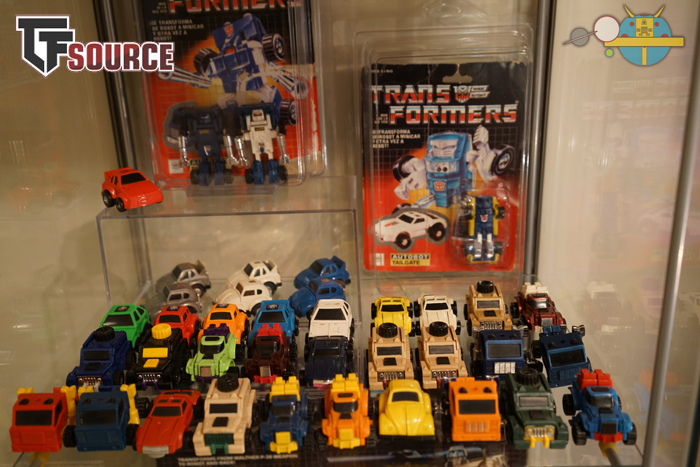 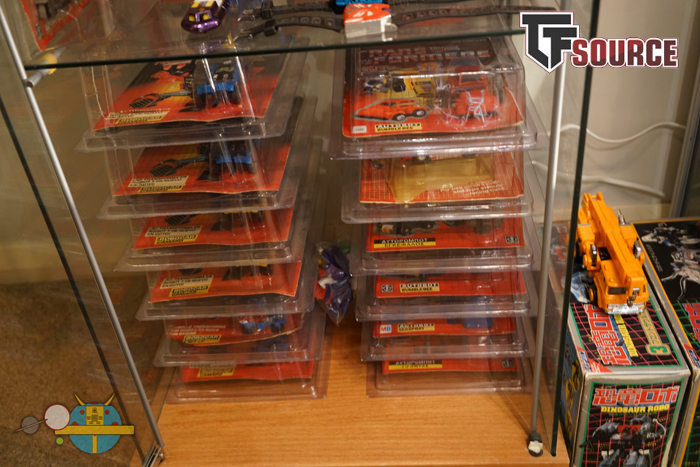 Through hard work and sheer luck I have been blessed with many great finds and bargains. The greatest though came in October 2005. I was scheduled to work but it got postponed at the last minute due to the unforeseen circumstances of a third party. I’m on eBay, casually checking out the latest Has/Tak goodies that the world has to offer when I refresh the newly listed page and instantly there is a G1 lot. Actually the auction said “Transformers lot 61 Skylynx”. “61?” I questioned. The seller must have interpreted “G1” from somewhere as there were HUNDREDS of toys in this lot.

Of course I had to have a look for any goodies. I instantly noticed something odd. Something different. Blaster’s chest wasn’t yellow, it was gold…I’m looking around, a yellow Tailgate with a rubsign? Then I saw it. G2 Motormaster. These are all prototypes. Everything fell into place and I was noticing crown jewel after crown jewel in the pixelated pics. Not 1 week prior to seeing this had I contacted e-Hobby regarding one of my all-time grails. The original Astrotrain prototype. They had released or were about to release, I can’t remember, a reissue so I thought it would’t hurt to ask if they had the original. They understandably never got back to me but it didn’t matter. There. It. Was. In the lot, face down, the turquoise thrusters grabbed my attention like a magnet. As both a collector and a human being I can safely say that this was the most excited that I had ever been. My eyes then caught a red Perceptor from the catalogs and I couldn’t type quickly enough. I sent a message and asked for the seller’s phone number. Within 10 minutes I was hanging up the phone having secured a deal. $1200 for the lot. Payment done, now just time to wait. 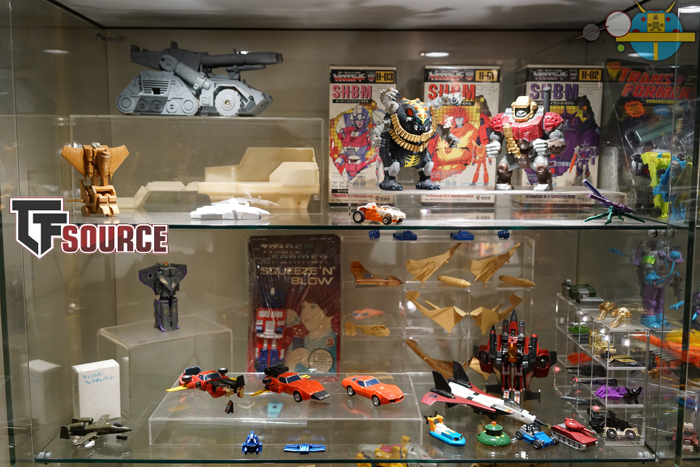 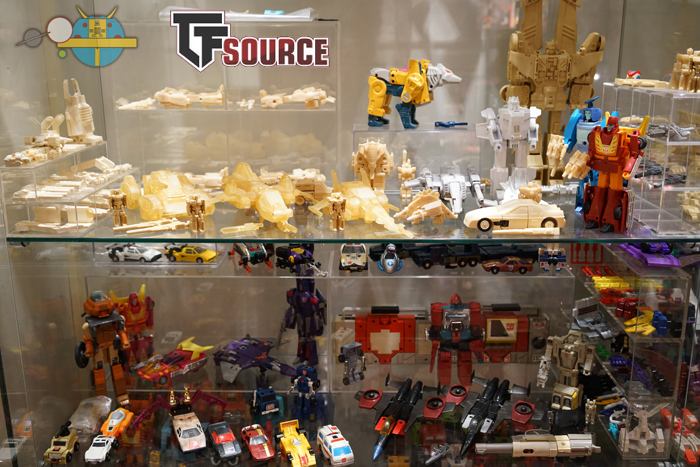 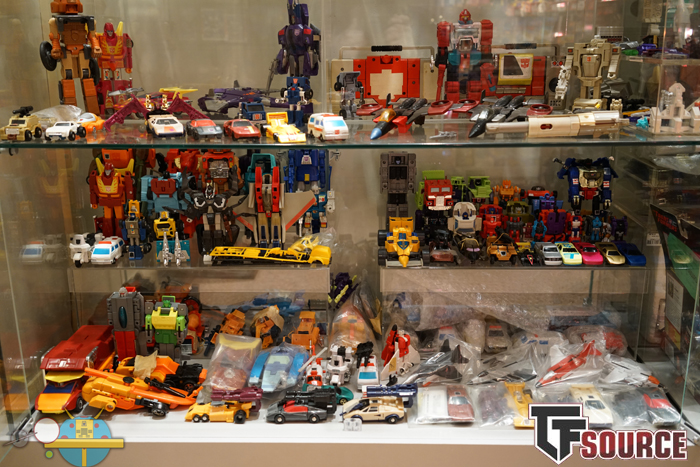 Everything in this pic is a vintage TF sample, mock-up, test shot or a prototype

For the next week I didn’t sleep. At all.

Estimated day of arrival. Not here. Called FedEx. It’d been shipped to the wrong place.

My heart sank and panic overtook…well, everything.

I count my blessings that they found it and managed to deliver it a day late. As I opened the door to the delivery man I saw the single biggest cardboard box I had ever seen in my life. I open the box to see “toys” strewn everywhere. I use quotation marks because these were not production toys. These were ALL prototypes. Every single one a gigantic piece of history. I’m pulling out hardcopies, first shots test shots, you name it. The single greatest find of my life. Directly from the estate of a former designer.

I feel the need at this juncture to say that I genuinely don’t intend for this story to be braggadocios. I hadn’t even intended to go this far into detail. As I type, the pure excitement of that experience comes rushing back. I will always be beyond thankful for that – the greatest moment in my collecting life. 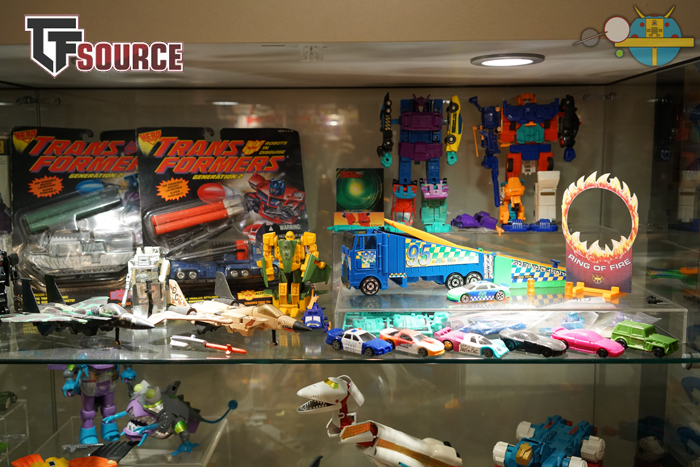 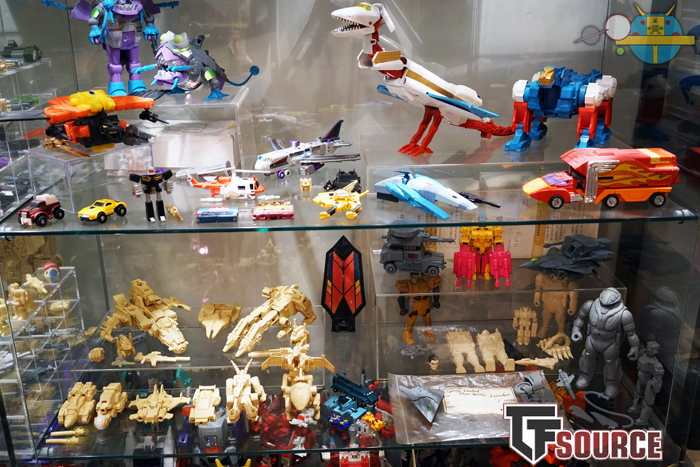 More hardcopy 1986+ protos as well as test shots and samples. All of them. 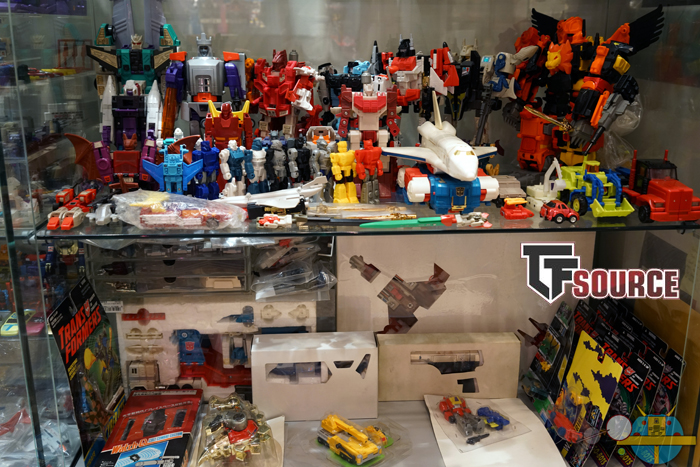 G1 and pre-TF packaging mock-ups, an array of test/first shots

There are so many. I’d like to recall one involving both of us though. So you (Maz), me and my best buddy Matt (who is not a collector) went on a vacation to Mallorca in ’06. Beautiful place. Beautiful food. It was actually during a lunch hunt that we passed a convenience store/souvenir shop. We were walking on the beach front when my eyes caught a gum ball machine. Specifically one gum ball in particular. A KO G1 Beachcomber. I’d never seen this before, the closest thing that we’d seen prior to this was a mutual friend’s Seaspray KO. We had to win it! It was however, unfortunately about half way down buried at the edge of the machine under a slew of other trinkets. I got a lot of change and proceeded to enter Euro coin after Euro coin until finally the gem appeared in my hand. It took roughly 20 attempts and was worth every penny and minute. That was a lot of fun and something I’ll never forget. It just goes to show, rare Transformers can be found in the most unlikely of places. The Beachcomber is of course part of the KO Minibots line which we’d later discover to have been produced by Gisima. 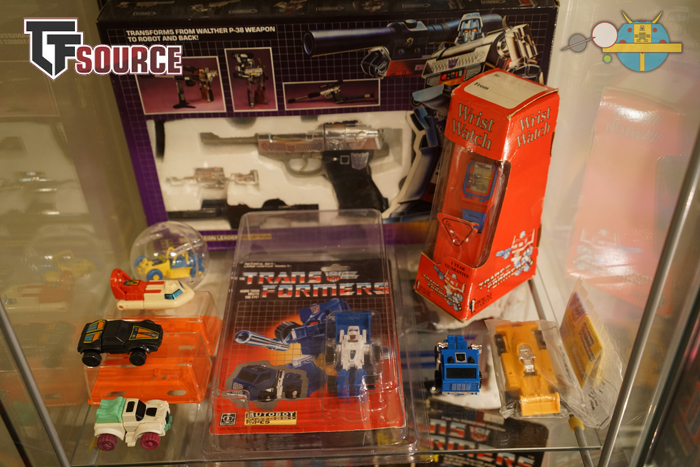 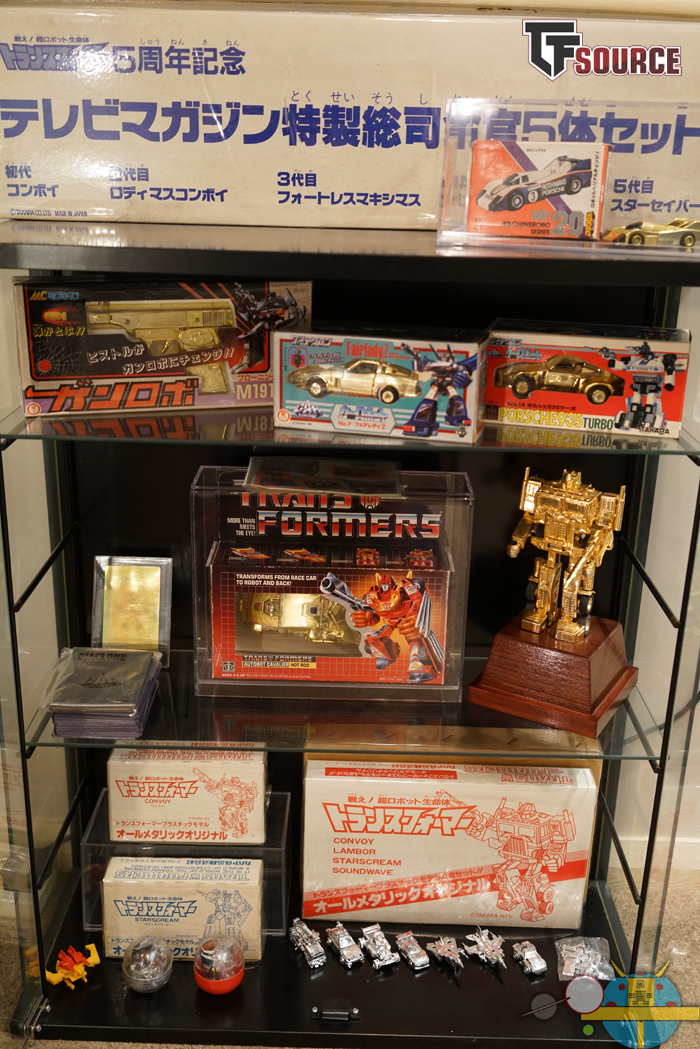 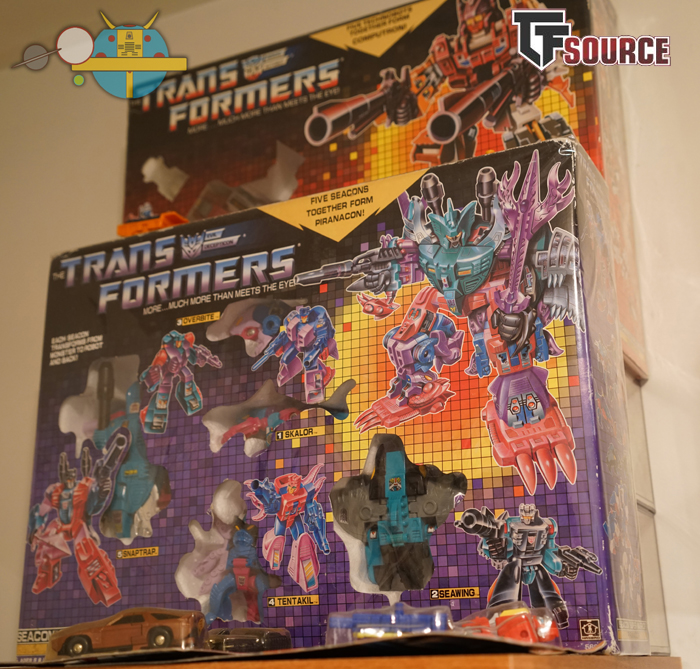 This is a really tough one to answer. I’m very selective about what I collect and therefore adore every piece in my collection. I would have to say the G1 Astrotrain hardcopy from the catalogs mentioned above. It had long been one of my ultimate grails and the circumstances under which it was found were perfect. So yes, Astrotrain. 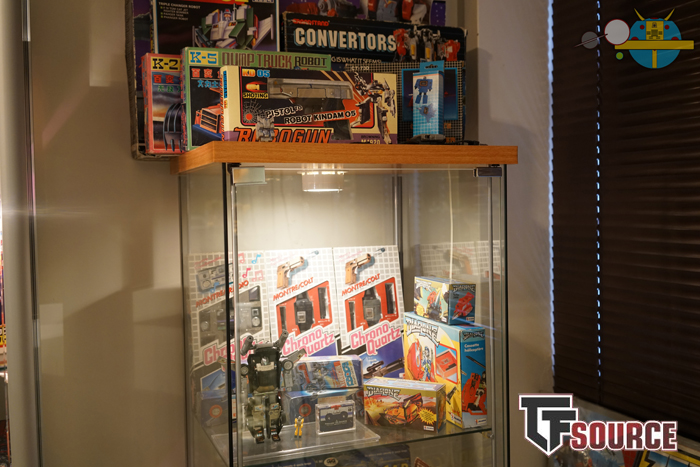 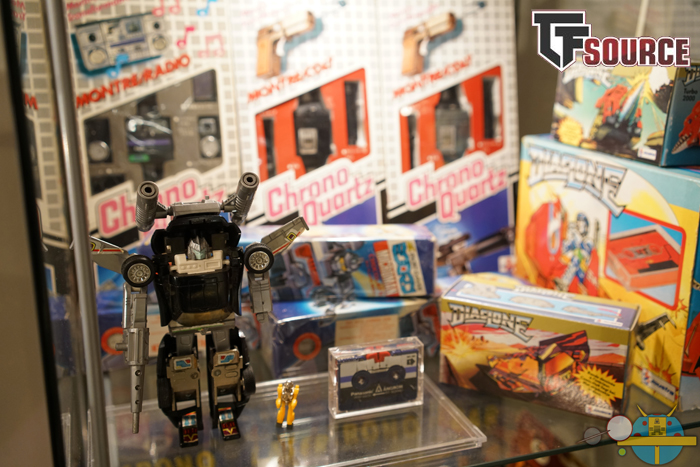 That’s a little more easy to answer. Probably just to spend a day in the Has/Tak storage facilities with boxes, bubble wrap and a golden ticket. My grail though is a G1 Unicron prototype. Also the original Arcee mock ups. Also some unproduced watches. That’s what I love about collecting; although difficult you can complete a finite sub-catagory of this hobby but the hobby as a whole is so vast. New things are being discovered all the time and there’s always something new to acquire. Even for someone like me who just collects vintage pieces. 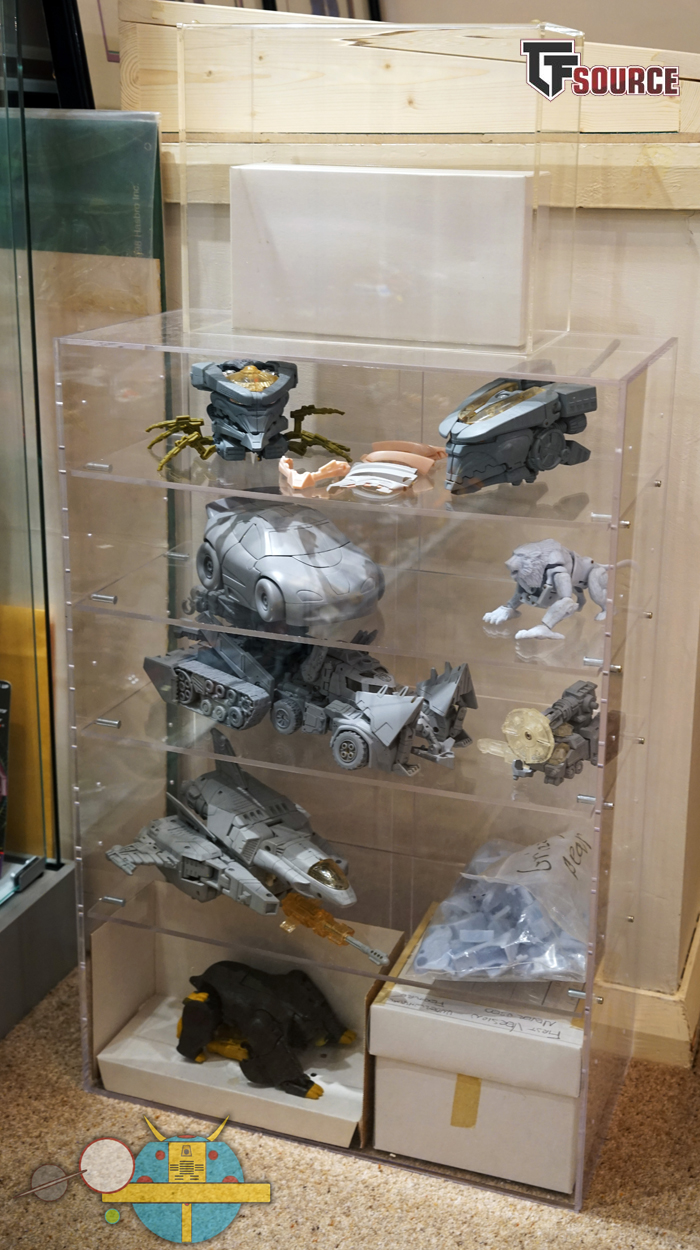 I really wouldn’t know what to say to be honest. Stay off my turf perhaps? No, I can only really attest to what I’d advise a younger me. If you have the opportunity and the means with which to do so, pull the trigger! If it’s something you really want don’t delay. Chances are if it’s rare you might have to wait years for another one, if at all. Also have fun and make friends along the way. If you can do that then everything else will fall into place. I’ve met some amazing people and true friends for life in this hobby and shared moments & laughs that I wouldn’t trade for anything. Except maybe a prototype. 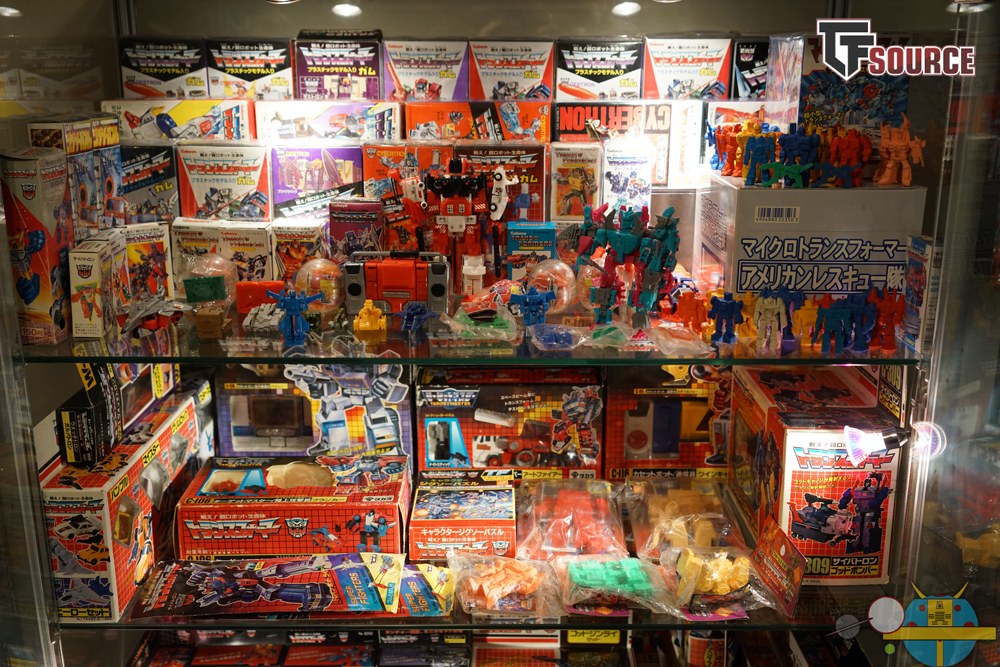 Many kind and gracious thanks to Ras for words and photography.