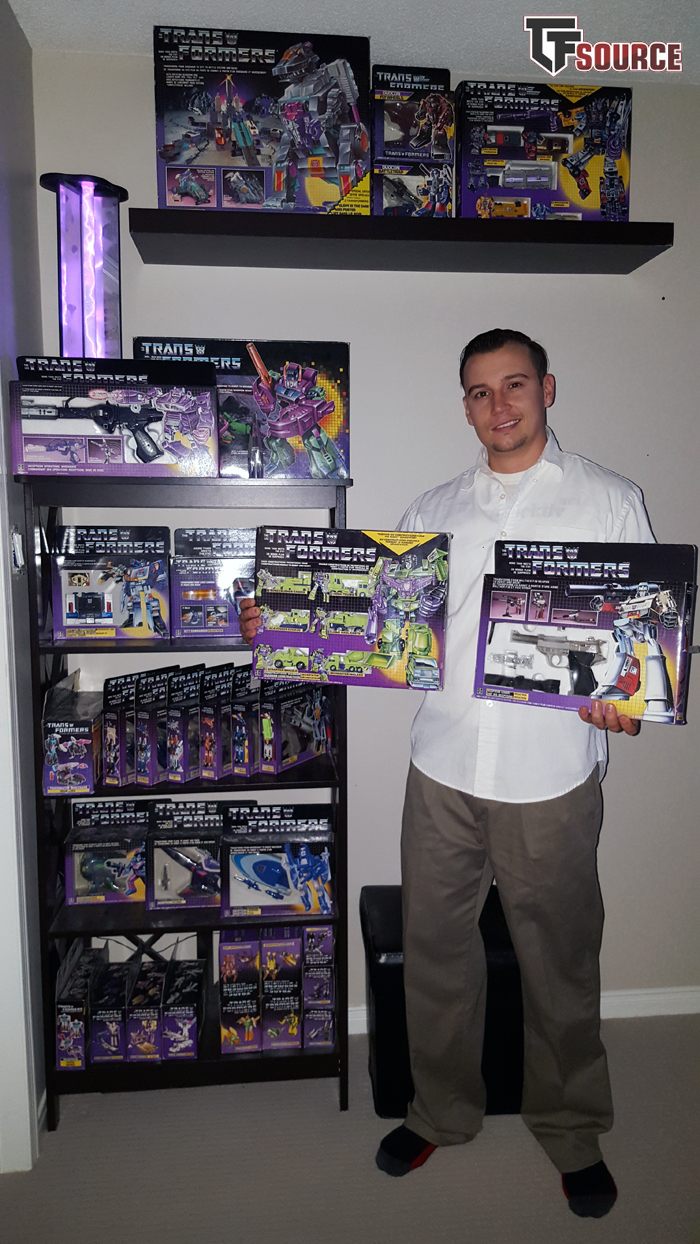 Francesco Lombardo is the kind of collector I had always heard about but never met. Someone who never participated in the online or collective fandom, but was privately growing a hugely comprehensive and impressive collection featuring toys I had never seen. Dealers used to tell me about their secret customers, customers like Francesco, all the time. Now, Francesco wants to share his collection, and it’s a very special achievement. I have always loved the Canadian G1 variants, if for nothing else than just their different packaging, and Francesco has put together a near complete run of Generation 1 in Canadian boxes with variants I’ve never seen before – even if I knew they existed. It fills me with joy to know at least one Canadian G1 collection like this exists. With just one (large) or two gaps left to fill, enjoy the collecting history of this classic old-school style G1 fan and the rewards that his work ethic has brought him from a young age. 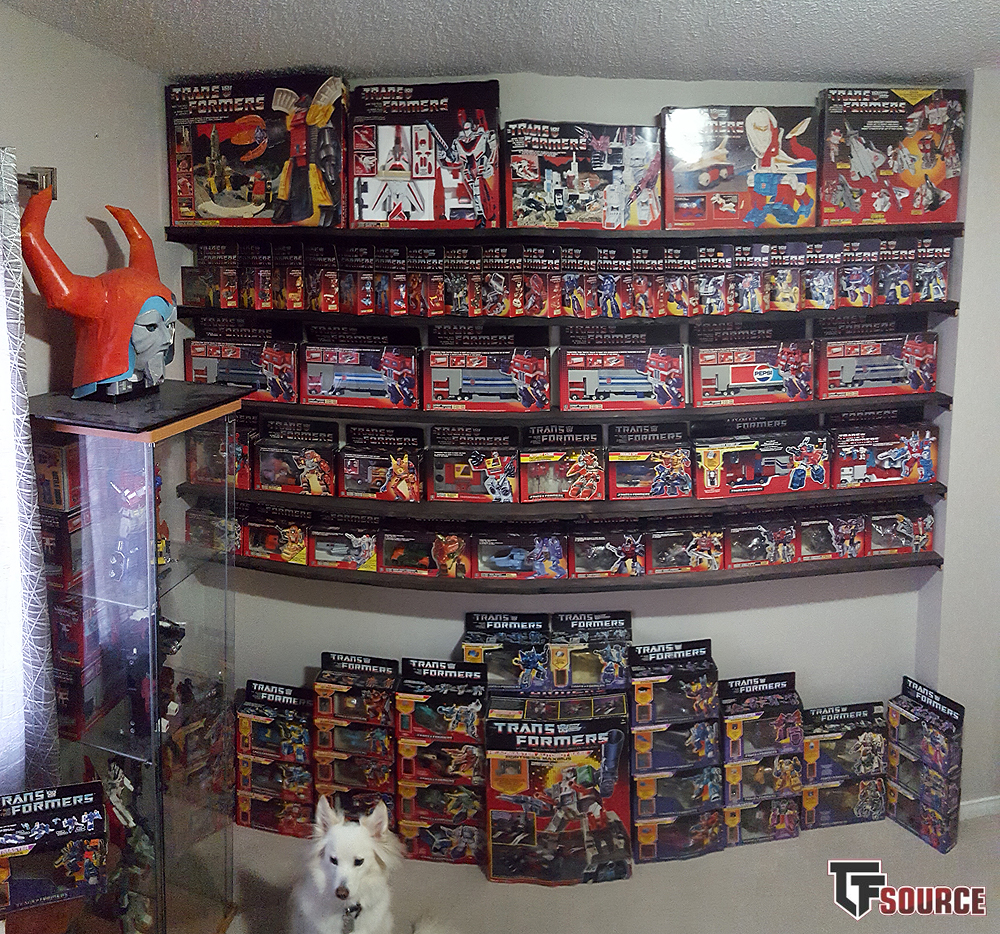 My name is Francesco Lombardo and I collect Canadian G1 Transformers and Diaclones. I’ve been collecting Transformers since I was able to walk. They’ve sparked such creativity within myself. I still admire the unique engineering and design. Their steady increase in value also makes them like investment stocks that appreciate with every year. A sticker on my sealed Prime states it was $19.99 in 1984. Check what a sealed Prime goes for now on eBay! 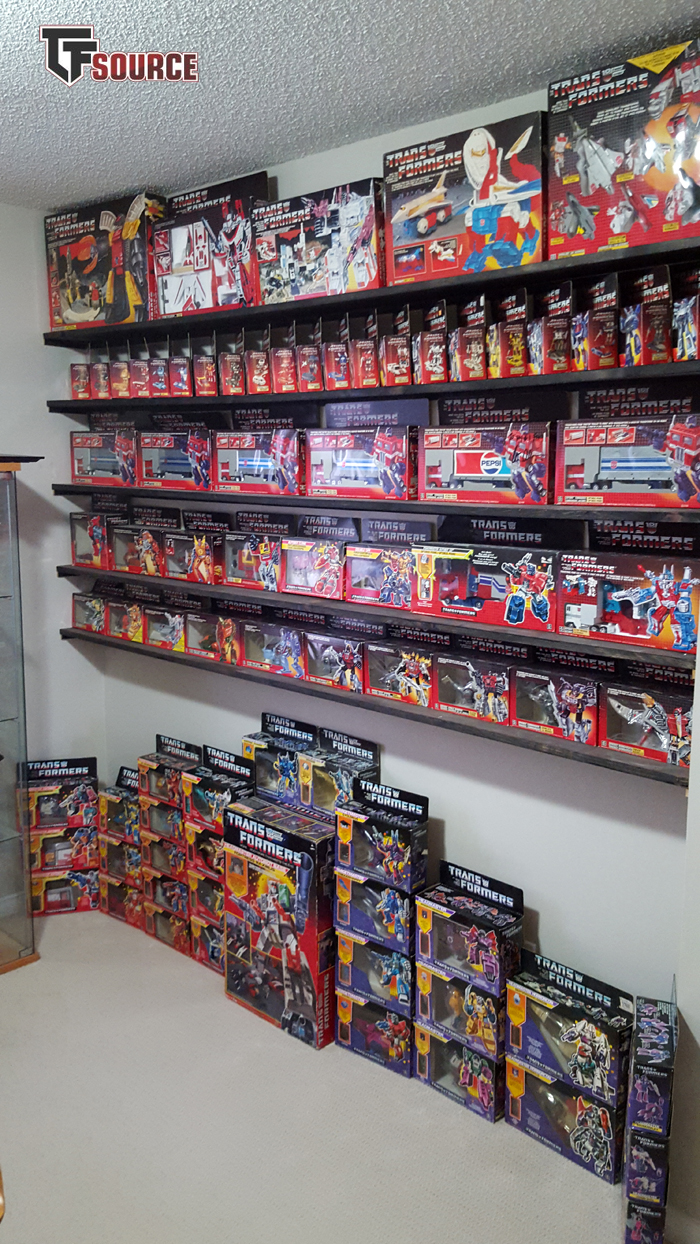 It’s becoming harder and harder to find original G1 Transformers. 15 years ago I collected US and Canadian boxed items. Then came the flood of counterfeit items and reissues. I understand why; the love for Transformers and any way to make a buck. Except to me it was like a cubic zirconium vs a diamond (I used that analogy with my wife after getting her an engagement ring, she immediately understood lol). BUT I’m extremely grateful for this wave, for it lead me to the idea of collecting only the Canadian boxed G1’s because they were never counterfeited and are much rarer. Now I absolutely love Canadian items and memorabilia.To me it’s like making a photocopy of a photocopy. Transformers have been reintroduced so many times but nothing beats the originals. Hey not even the originals are the originals (Diaclones) but I’m referring to the story line and characters that brought Transformers figures to life. There is nothing better for me than the allure that the Generation 1 items possess, though I know it’s good they keep becoming introduced in new story forms to new generations. 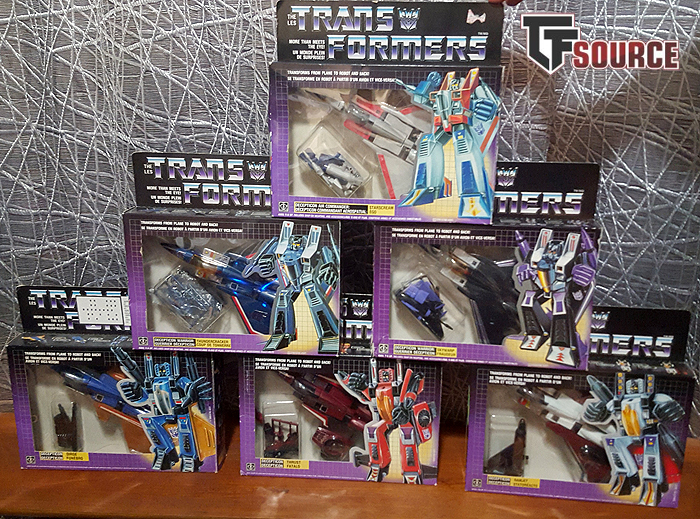 Well I’m a father to be right now and in 5 years I’ll have a 5 year old kid. I hope to see something that can provide the same imagination and creativity for my child as G1 did for me. If not, it’s transformers reruns for the little tyke and dad. What am I saying, It’s gonna be like that either way. 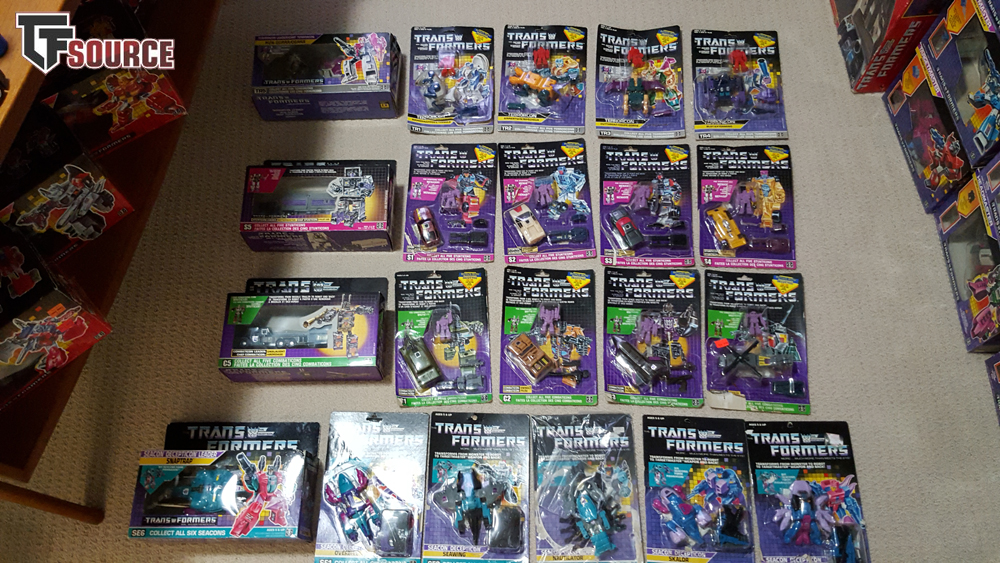 4. What has been your single biggest success as a collector, or your greatest ever find?

My single biggest success as a collector is not quite accomplished. It is collecting the entire G1 series from Optimus Prime to Fortress Maximus in Canadian boxes. Some continue to allude me or slip through my fingers. Until Maz proved it to me, I was unaware there was a Fortress Maximus in existence that came in a Canadian box. Him, Defensor and Targetmaster Scourge are the three grails I hope to one day own. There are a few other US variants I need to swap out for Canadian items but I’ve just been really picky on finding a really good condition substitute. They seem feasible in the near future. 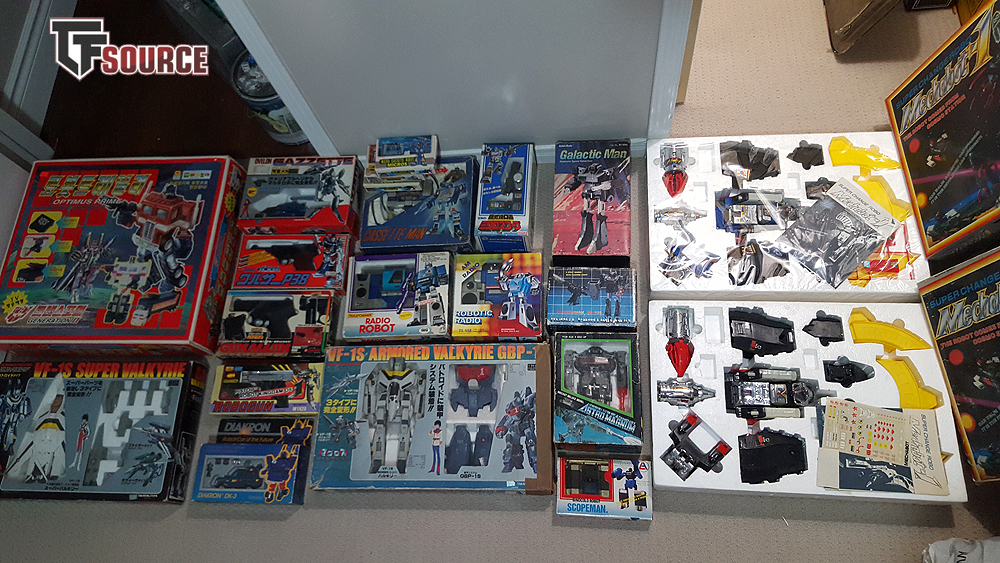 5. What is the most surprising or outrageous collecting story you have heard?

This is actually a story of how I was brainwashed to collect Transformers. As a kid I wasn’t spoiled. I didn’t get to go pick out toys or have temper tantrums if I didn’t get what I wanted. The real reason I started collecting is because of my father. He came to Canada as a child with nothing, grew up poor (I mean needing food donation poor) and was raised on a farm. He skipped his childhood. As a skilled Italian, he dropped out of high school joining the work force and soon started his own painting and renovation company as an adult with his brothers. Flash forward: married, kids. He encouraged (I didn’t really have a say) me to work at really young age. At the time, I enjoyed it but I disliked working weekends and summers while other kids had fun and pool parties. It wasn’t hard labour, I had to clean the job sites, tape and plastic items, get tools to keep my dad and uncles going. So my dad found a way to keep me happy and relive some of his missed childhood. 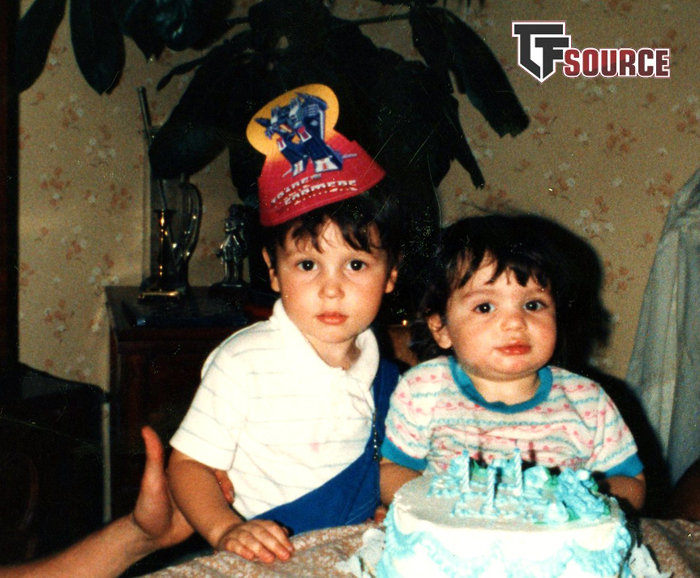 My dad liked Transformers. He bought them and withheld them from me for payment. He would find them at local garage sales. Jetfire equalled a month of work. Box of Autobots meant weeks of no complaints from me. I remember I wasn’t allowed to touch Shockwave at the top of his closet. Flash forward again. I’ve taken over the painting and renovating biz. Now I don’t feel fully satisfied from completing large jobs without Transformer compensation. I am patient and picky but find the excuse to buy something if work is going well. Most items were acquired through buying out large collections and my friend Shane. But if it wasn’t for my father, none of this would be accomplished. It has been extremely rewarding. Like trophies on my mantle. 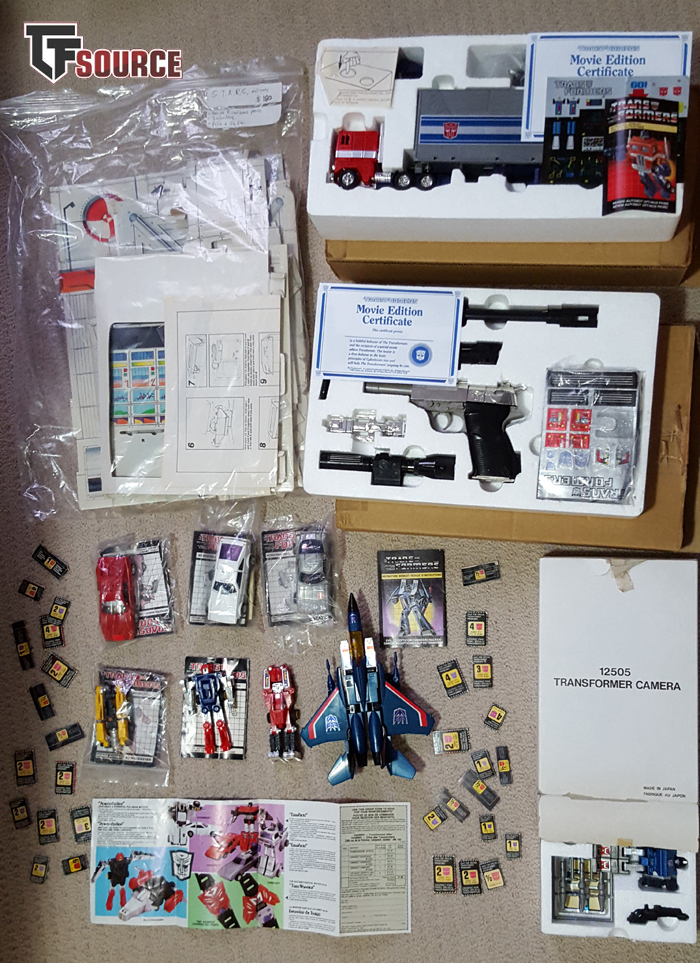 The one I would keep would be Canadian Pepsi Prime MIB. I acquired him by trading off a Nintendo system in original box. The recipient was overjoyed to have the Nintendo, I almost peed my pants to have a Canadian Pepsi Prime. I then got it signed by Peter Cullen himself. A highlight of my collecting career I will never forget. 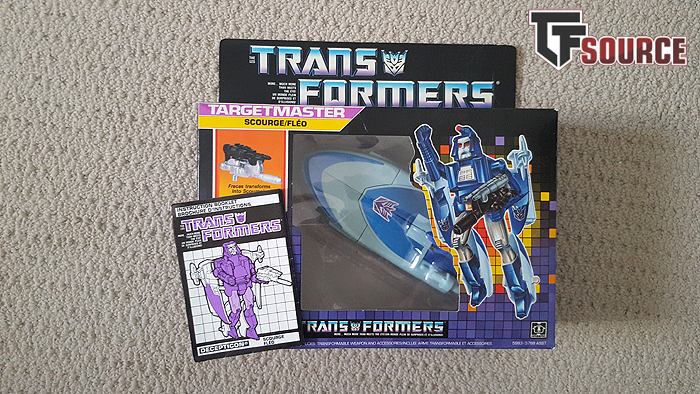 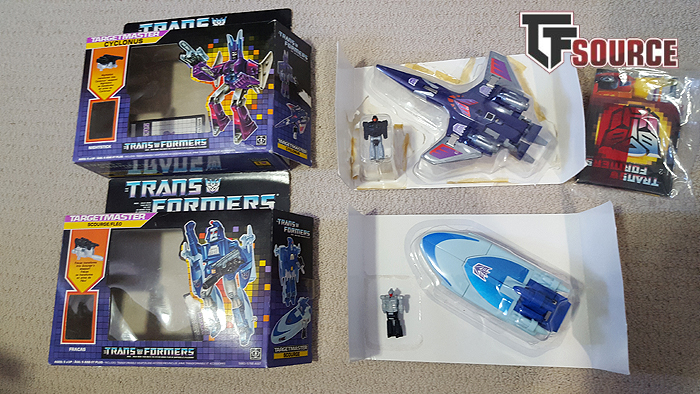 Before this week it was a Canadian Targetmaster Scourge but If anyone out there has a Canadian Fortress Maximus, that’s the one. 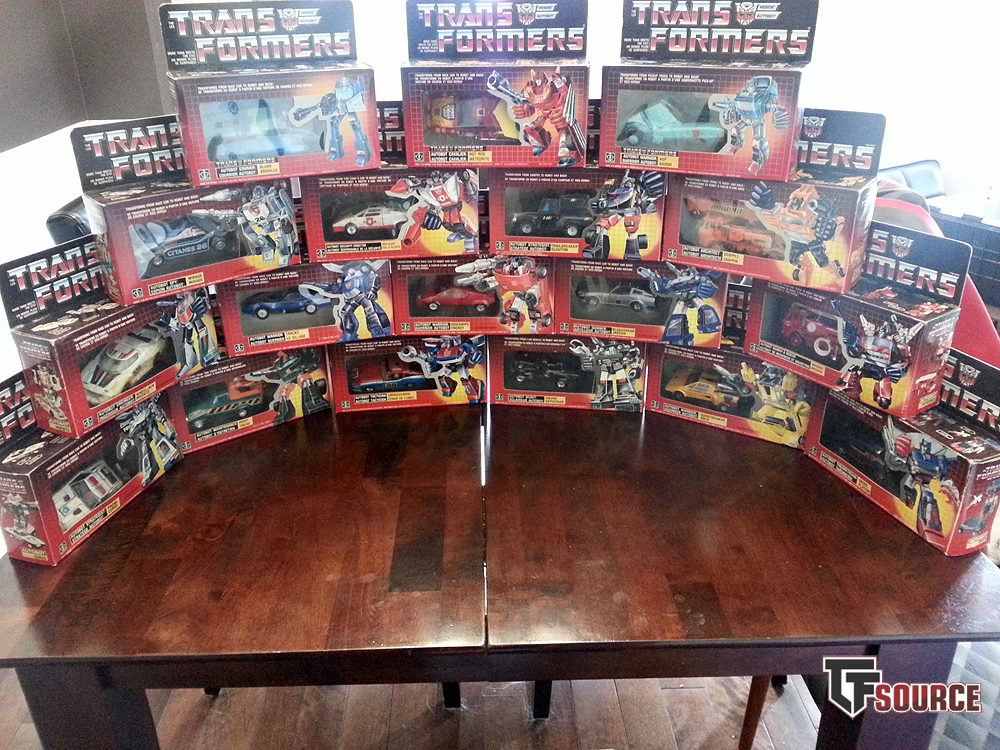 8) What advice would you give a new collector starting out today?

Start with something achievable. Achieve your goal and decide if you want to set new ones. I found this to be the methodology for my collecting. If something is too overwhelming you’ll get frustrated and lose interest. I started by just trying to collect loose figures, then jumped to boxes, them switched to just Canadian boxes. Never branching out too much and getting distracted. There’s so many lines of items and genres (although variety might be your goal, up to you!). Collecting was a nice distraction when things got heavy or stressful in life and was a great pat on the back to myself when things were going well. 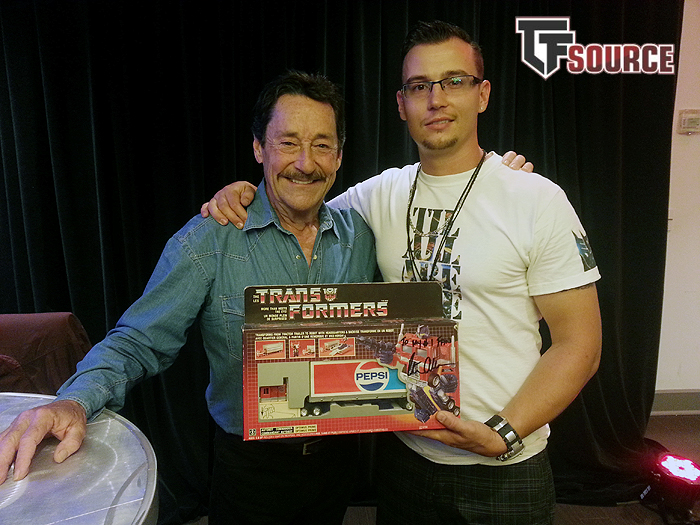 Many kind and gracious thanks to Francesco Lombardo for words and photographs.