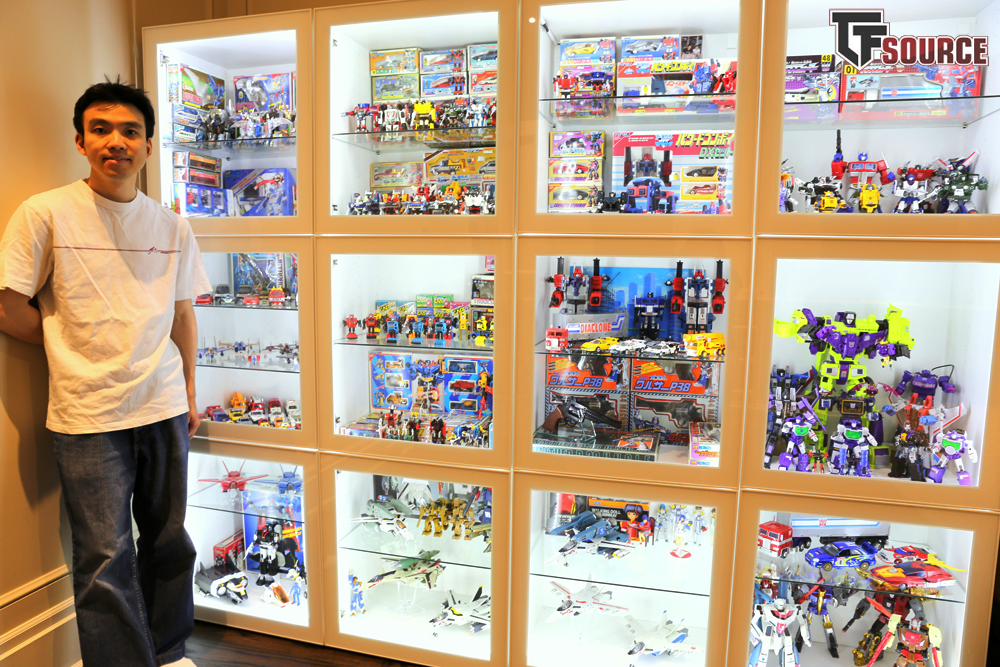 I often meet new collectors during these interviews and form friendships as we go through the process, but every now and again I get the special opportunity to interview someone I consider a friend. I have known Gordon Yip for many years, and have stared in awe as his collection of unique and ridiculously rare pre-Transformers grew over a decade and more. Finally, Gordon moved into a home worthy of housing a display for his toys, and he can finally share with us his wisdom and his one of a kind collection. While Gordon’s isn’t the biggest or most complete pre-TF collection I know of, it is my favourite. What Gordon has, most of us will never see again, let alone own. It’s always the icing on the cake when the man behind the collection is a wonderful person, and they do not make them more wonderful, generous or selfless than Gordon Yip. Enjoy. 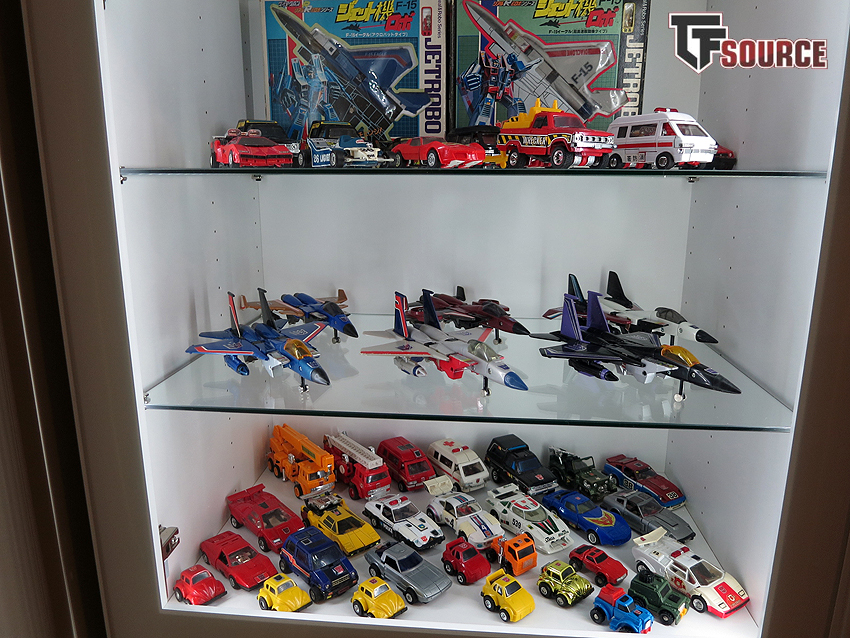 Some bread and butter G1 TFs, with Diaclone magic visible just above

My name is Gordon Yip and I am known as “vf1” online. I am a big fan of Transformers and Macross (where my online nick originated from). Since my childhood, I got back into collecting Transformers again back in about 1998 when I discovered eBay. My main collecting interests related to Transformers are G1 Transformers from 1984-1985, pre-Transformers (car robots, minibots and gun robos) and the new Masterpiece and 3rd party toys that resemble the characters from the original transformers cartoons. 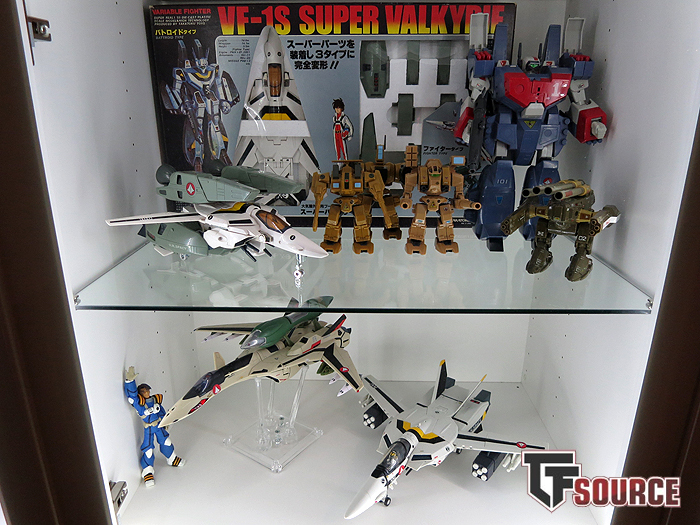 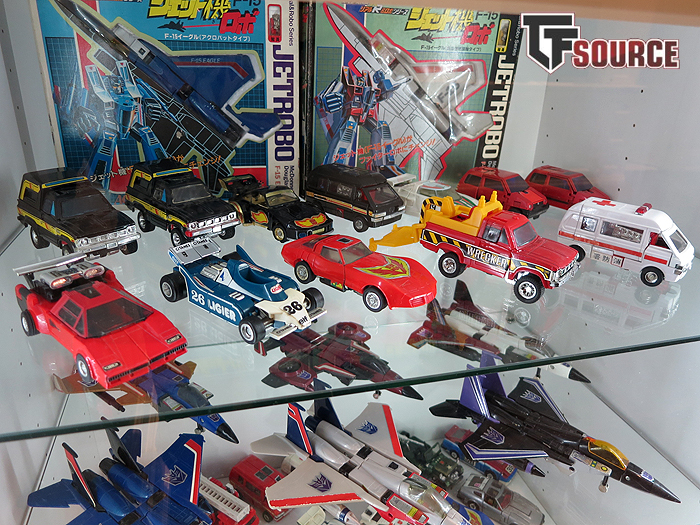 The last 15 years have been full of change in the Transformers collecting scene. What follows are some of my thoughts and personal opinions based on what I have observed as a collector over this time.

15 years ago, I recall most online discussions happened on newsgroups before online forums became popular. I purchased and sold many toys via online newsgroups and met many friends back then. Nowadays there are many different forums and social media available for general toy discussion and lots of useful information and interesting discussions with a wealth of information available online. EBay was around, but payment was made usually via money order before PayPal became available. It was quite expensive for the buyer to purchase a money order and pay fees to the bank and then physically mail the payment to the seller. The process also took a lot longer to purchase or sell anything.

Vintage Transformers: Prices have dramatically increased in the last 10 years. 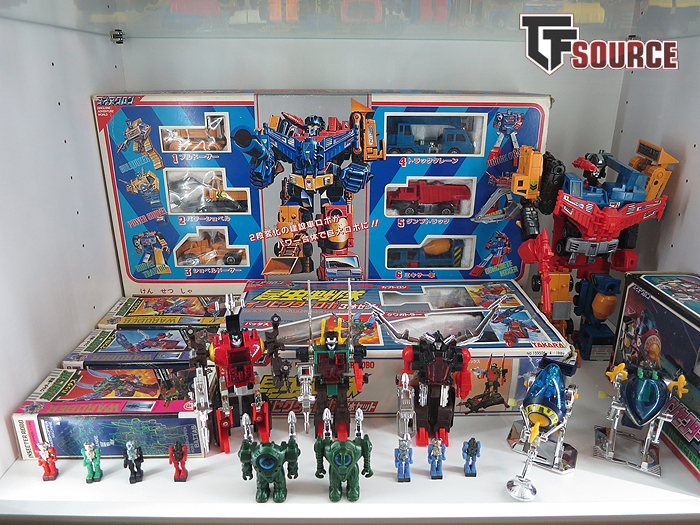 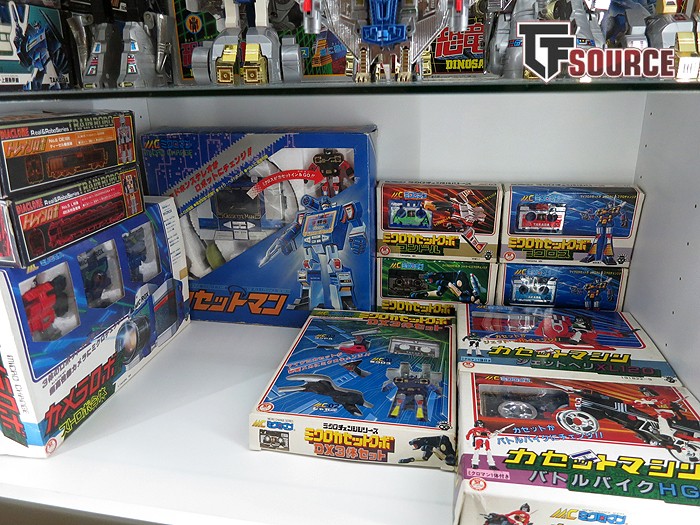 10 years ago, we were at the height of the Takara re-issue period. Many of the original G1 Transformers characters were reissued along with pre-Transformer variations like for example: Diaclone Ultra Magnus, black Sideswipe, yellow Sideswipe, black Tracks, red Tracks, silver Skids, gold Jazz and chrome Bluestreak. The prices for G1 Transformers (both US and Japanese packaging) and pre-Transformers were at an all-time low considering both eBay and Yahoo Japan auction prices. Living in Japan at the time, some prices that come to mind are $30 for boxed G1 unused Red Alert, Grapple, Prowl and Smokescreen, $300 for MIB unused Black Zarak, $300 for unused MIB Raiden set and $800 for Powered Convoy DX.

Since 2007, the Transformers movies had a lot to do with the Transformers as a brand regaining popularity and momentum. More people than before were talking about Transformers again and many adults in their 30s may have rediscovered the secondary market for the vintage toys that they grew up with and started collecting again. In addition to the movies, social media like Facebook and blogging have also contributed to collection pictures being more easily shared and accessible and inspiring more fans to amass “mega” collections, thus further increasing the competition for the finite supply of vintage pieces going around. The kids growing up in the 80s who were fans of Transformers also have more disposable income which would add to the increase in prices. This trend is definitely consistent globally from the Americas, Europe and Asia. 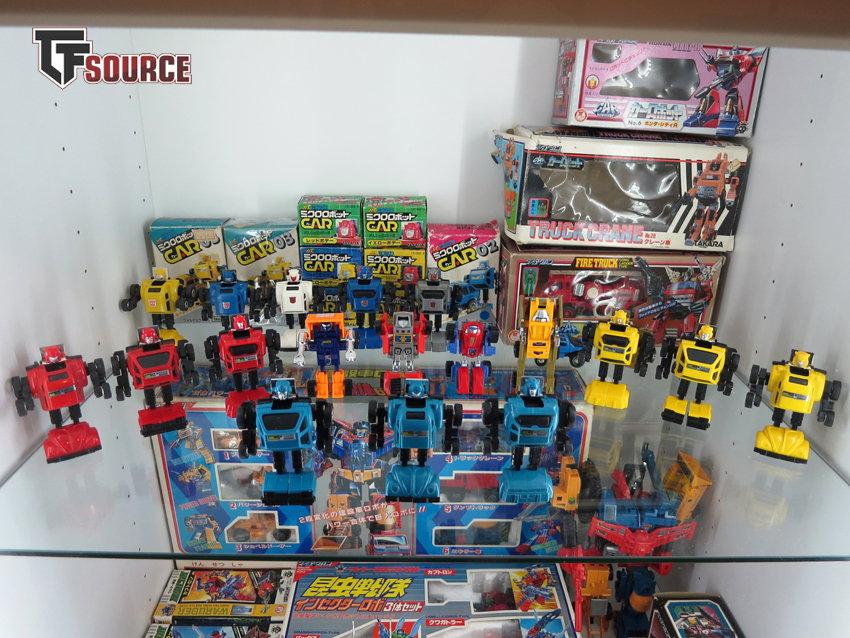 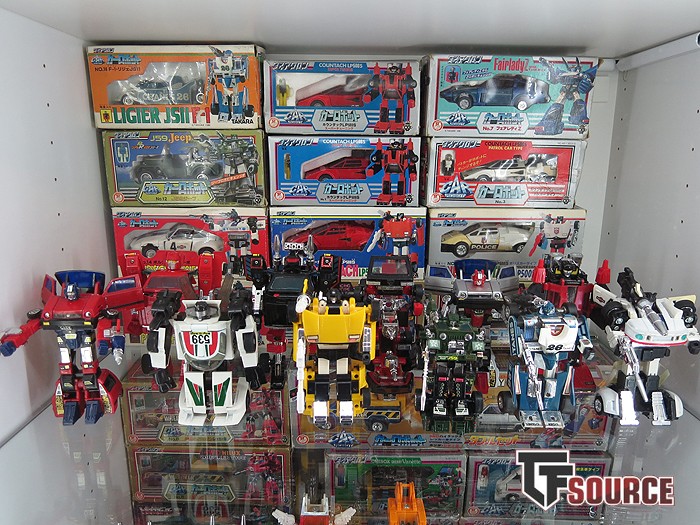 For pre-Transformers like Diaclone and Micro Change toys a significant increase in price occurred in early 2011 and the trend has continued over the past several years. As recently as 2010, Diaclone toys would be sitting on eBay with little interest at a fraction of today’s prices. Now, it would not be uncommon for pieces to sell for two or three times as much as they last sold for just a few months ago. The supply for these vintage pieces, especially the unused pieces is scarce enough that it only takes a handful of individuals to cause this change. The two main groups I observe contributing to the rising prices are passionate collectors scrambling to complete their collections, sometimes willing to pay a hefty premium even for multiples of the same rare figure as defined by their personal collecting goals and also scalpers who pay several times the going price to buy up multiples of the same figure and immediately resell at several times the inflated price that they had paid for it. In the past year or two, prices seem to have stabilized again for pre-Transformers toys although I could be wrong because I don’t keep up with prices as often as I used to. 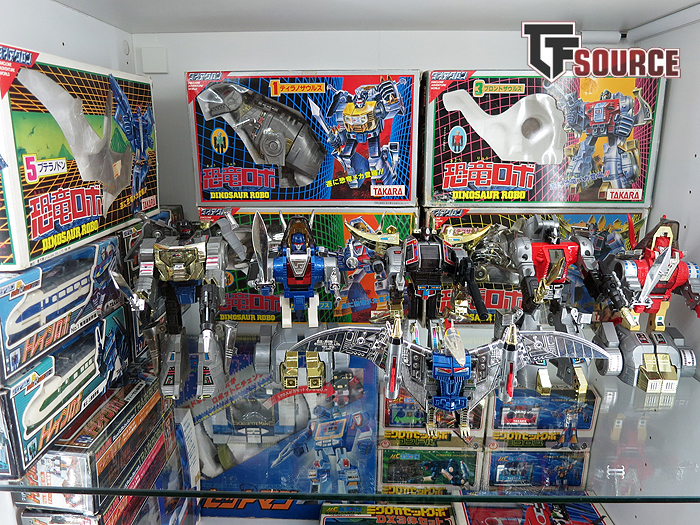 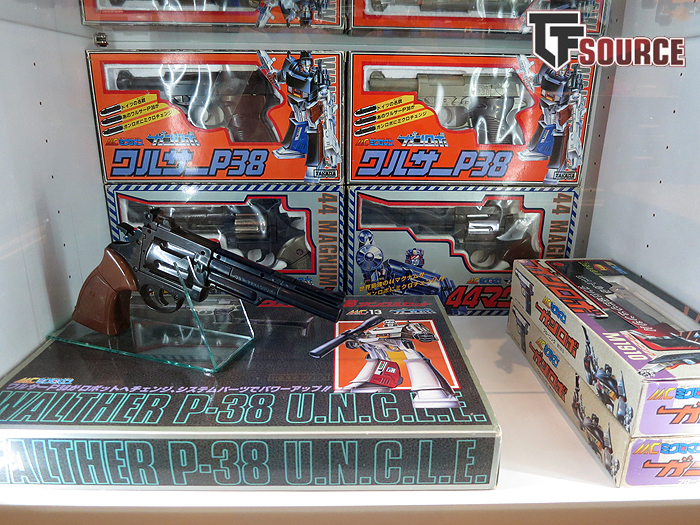 While vintage toy collecting can be discouraging at times due to the rising prices, newly designed Transformers such as the new Takara Masterpiece line and 3rd party toys have added a whole new dimension to the hobby. It is possible now to own new designs of the Transformers characters we grew up with that look accurate to the cartoon and comics in both robot mode and alt mode with a high degree of articulation and many gimmicks included. A very refreshing change to the hobby. It is now quite possible that all the original 1984 Transformers will be available in Masterpiece format. Definitely very exciting times to be a Transformers collector. 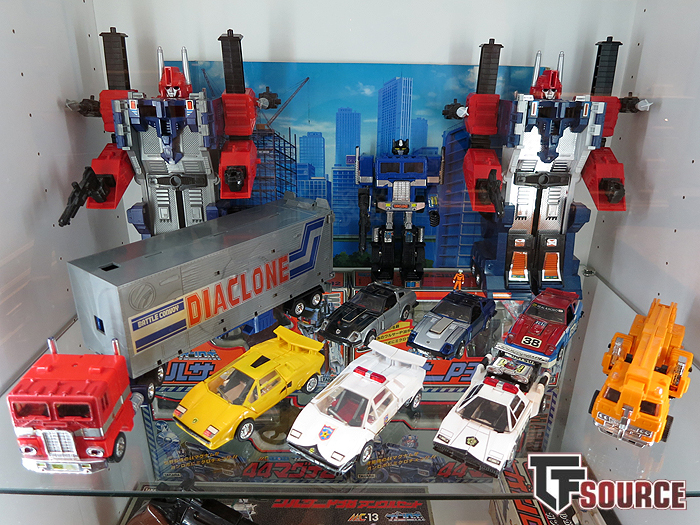 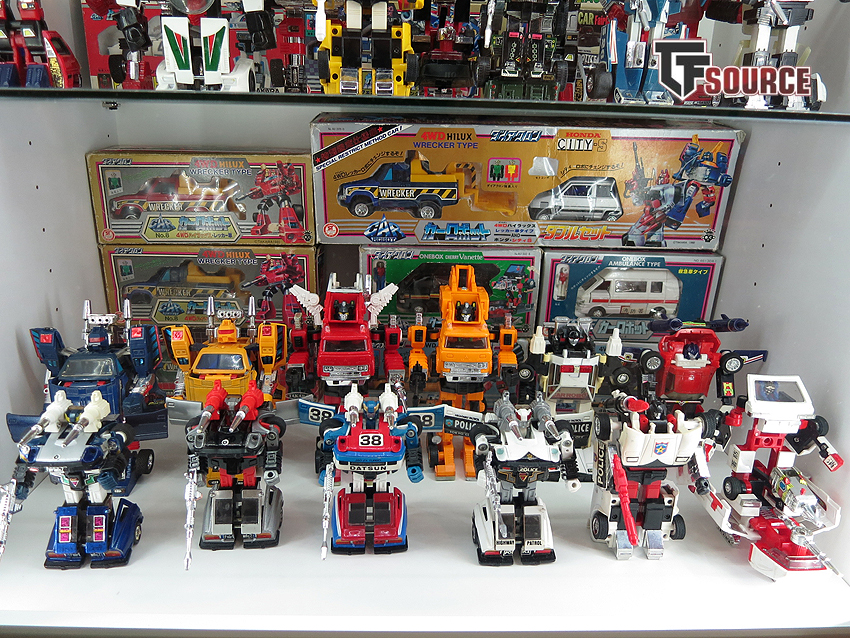 Regarding vintage toys, I believe the prices will continue to increase for unused pieces and rare pieces. There are still many collectors trying to upgrade existing pieces or get those last few elusive pieces to complete their collection.

The Transformers movie franchise has been so popular that even if it does not continue in its current form, it will likely get rebooted and both Takara and Hasbro will likely continue to crank out new toy lines and TV series to keep the positive momentum of the popular Transformers brand that has spanned a generation already and is still going strong.

Hopefully the current line of Masterpiece figures will continue to sell well and justify TakaraTomy to continue producing these figures. I believe the 3rd party Transformers market may eventually saturate with so many companies in the mix, even making their own variations of the same figures to compete with other companies with similar release dates. 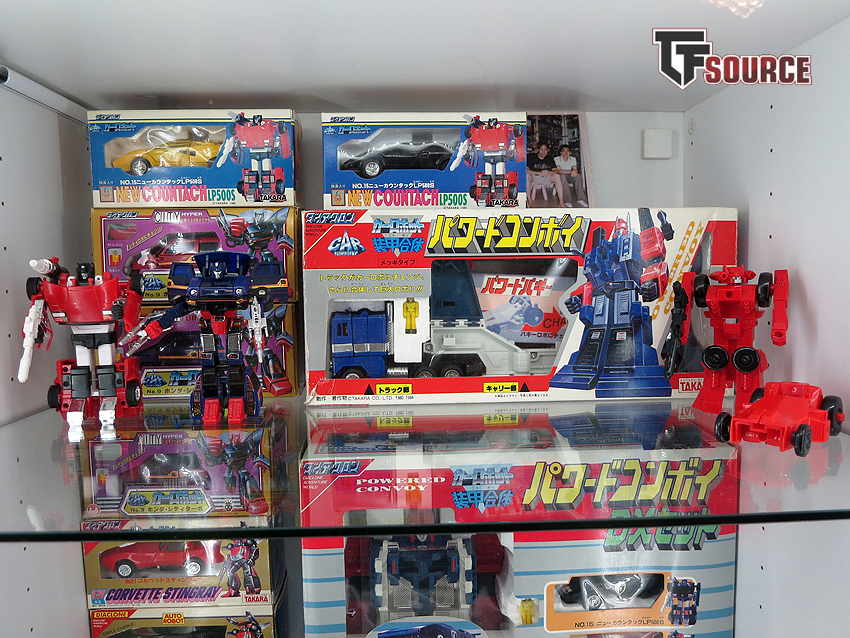 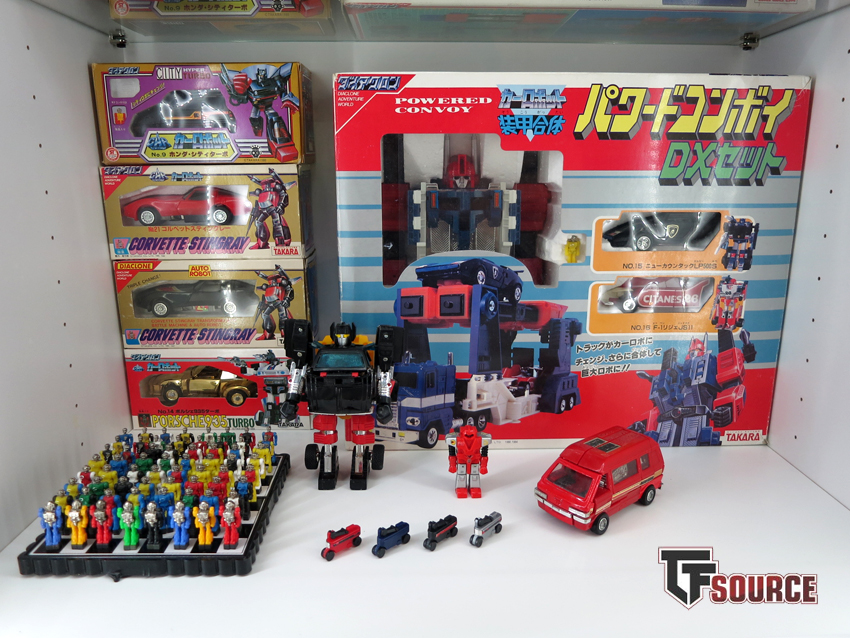 My single biggest success as a collector is the network of friends and acquaintances that I have made over the years of collecting. I have chased and gotten many hard to find toys over the years, but toys are material objects that come and go. My love for the toys and passion for collecting will drive me to continue collecting for the time being until one day I decide to stop, but it is my hope that the many friendships I have made over the course of collecting will last a lifetime. Many thanks to the following collectors for extending their friendship and support to me over the years: Brandon, Byron, Colin, Corey, Daniel, Jerry, Matteo, Maz, Morgan, Robert, Roeland, Shanti, Stuart, Tomi, and Vance. 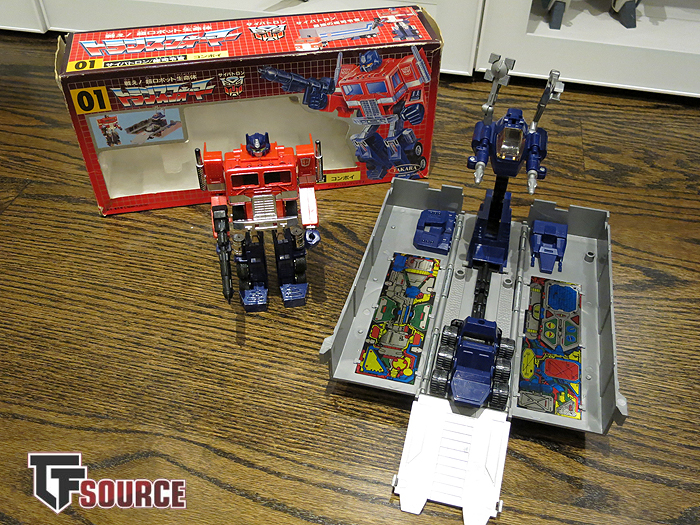 My greatest find as a collector would probably be getting a Transformers C01 Japanese Convoy with metal plated trailer and super charged launcher and pegless roller. This particular variant is special to me because it is pretty much identical to the original Diaclone Battle Convoy from which the Transformers Optimus Prime was based on and maintains all the original features from the original toy design. 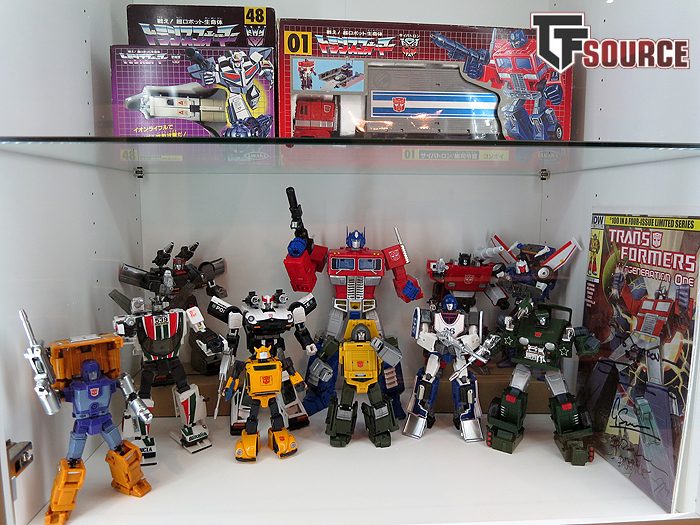 The most surprising collecting story I have heard is at a Transformers convention, someone had possession of many prototype toys years ago obtained from an ex-Hasbro employee and was selling them off as normal Transformers toys. As a result, my understanding is many people who purchased those toys and have them may not be aware they have significant pieces of Transformers history in the form of prototype and sample toys that weren’t meant to be for sale.

I would choose to keep both my black Diaclone Countach and Finnish red Diaclone Ironhide. These very special toys were gifted to me by Brandon and Maz, who are my closest collecting friends and to whom I owe greatly.

If I could have one item out of someone else’s collection, I would pick the Diaclone campaign Fairlady Z racing car. It would be a bonus to one day complete all the Diaclone car robot variants including the campaign cars. 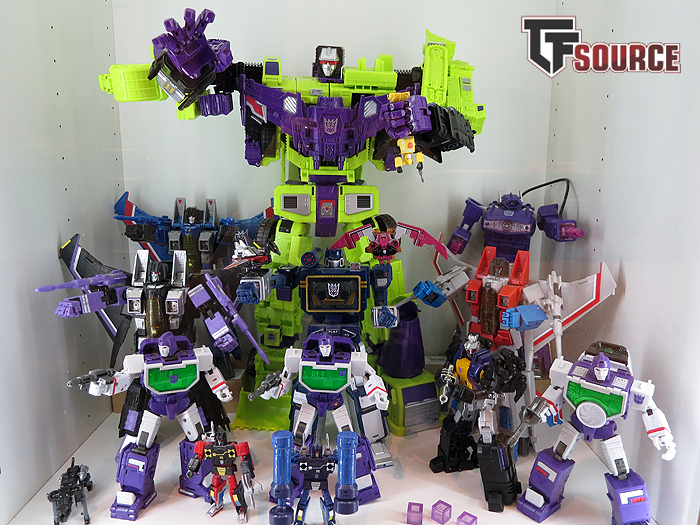 Be selective:
These days, as Transformers collectors, we are spoiled because there are so many quality new releases with great designs of our beloved characters either officially through Takara/Hasbro, or through 3rd party manufacturers. If you have a completist mentality towards collecting (like many of us), defining clear scope on collecting and focusing on key items that you really like will definitely help make collecting easier to manage in terms of both time and money spent on the hobby.

Take the time to appreciate your current collection:
It seems to me as collectors, we can focus and spend lots of time on the toy hunt and acquiring the many missing items we feel we need for the collection, but not enough time on appreciating the collection in its current state. To maximize enjoyment from collecting, I think a balance of both will help. 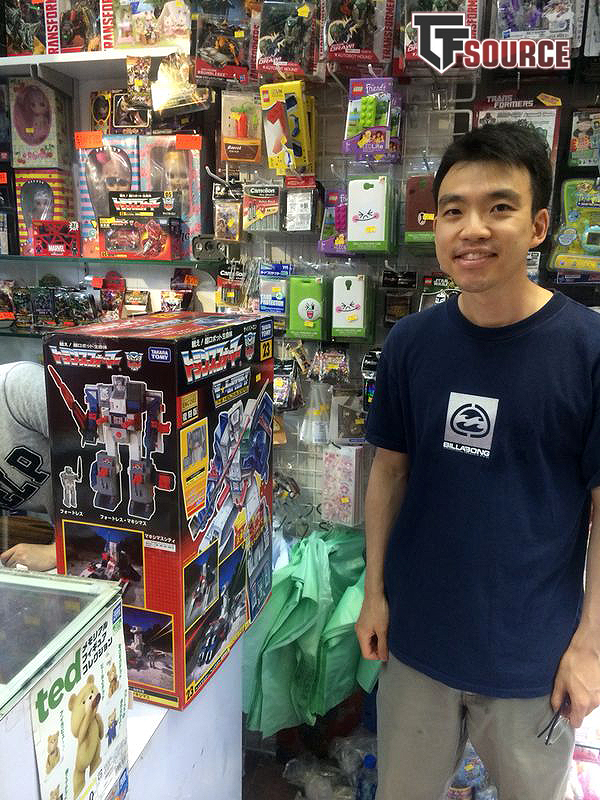 Many kind and gracious thanks to Gordon Yip for his photographs and words, and most importantly his friendship.