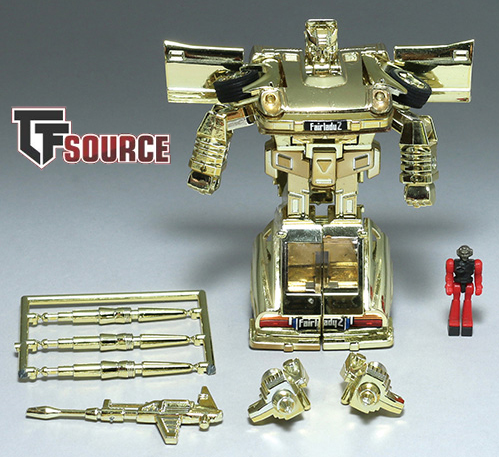 Regular and long-time readers of this blog will remember when I could produce a ‘News To Me’ article, reporting on newly discovered vintage Transformers variants or secrets, every few months. It’s been nearly two years since the last article of this type, such has been my shift in collecting focus and the slowdown of finds from the early days of the brand. Finally, though, there have been enough discoveries of note – or rather things I finally learned of – that I can produce another chapter in this series of articles demonstrating that there’s still a mystery or two to be had in vintage collecting. 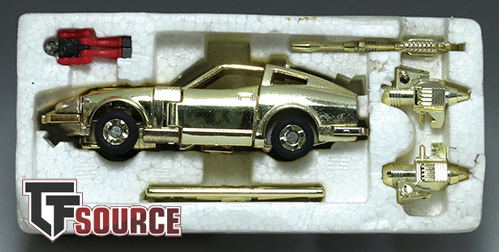 Your eyes may have already won the battle here and the words become blurred, I could say anything and you wouldn’t see it, because of THAT. What we have here is the first Japanese Takara Diaclone gold campaign prize Car Robot No.7  Fairlady Z 280Z (pre-Bluestreak) seen for what must be over a decade. They have been seen before in a Diaclone feature in a Japanese magazine, one was also sold at a BotCon years back. This particular item was made available by means of in-store auction in Japanese collectors’ store Mandarake a few months back. It’s a gold chromed Diaclone Bluestreak, basically. Gold car, gold weapons, regular Diaclone driver and packaging. 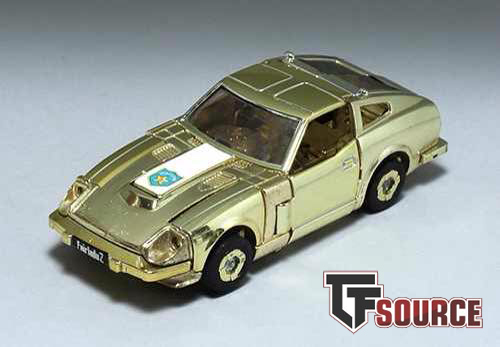 As magnificent and rare as this is (3 known specimens worldwide), it isn’t news. What made the hardcore Diaclone crowd stand up and pay attention was the fact that it came with a factory-applied Diaclone Police Fairlady (Prowl) hood sticker! What?! Nobody has come up with a suitable explanation for this, the toy is clearly a pre-Bluestreak, it has a pre-Bluestreak driver, there are no siren lights, so what happened with that sticker? Could be anything from a factory/production sample (no outer packaging present with this specimen, strangely) to a simple error in manufacturing to a possible gold campaign Fairlady Police sample that never came to be (remember there’s a gold pre-Smokescreen prototype out there too that was never produced for a prize draw). As expected, this diamond fetched multiple thousands at the in-store auction, but believe me when I say the figure is now in good company. 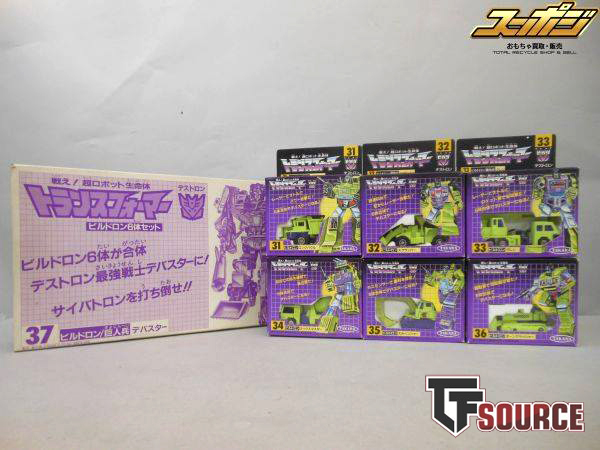 Now this one was a genuine discovery of enormous proportions when it comes to Generation 1. I simply could not believe something this significant could exist from the world of Japanese G1 Transformers and not have been seen by the wider collecting community for three decades. Sure, we’ve all seen and been intrigued by those cute little styro-clad Constructicons from Takara, but I had never seen the 37 Devstar (Devastator) mailaway box that they were all squeezed into! 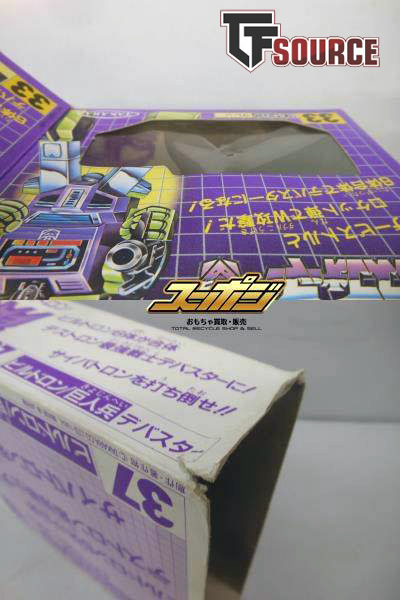 Japanese G1 mailaways are known for being that bit more special than their American counterparts, seeing as how the second run Ratchet mailaway and Omnibot mailaways by Takara had cartoon-style artwork on the boxes. This style was recreated for the reissue mailaway Tigertrack. To see a Devastator mailaway containing the six Constructicons was the definition of a revelation. I guess the only questions I would have would be why this was not advertised in any Takara G1 paperwork that came with the toys? Was it maybe not a mailer box, but instead a store sample box? It has toy artwork instead of cartoon style art, after all. Could that explain why it’s never been seen before by most of us? Unfortunately there’s just not enough information about it, and nobody seems to know who won it at the amazing 125,550 yen price either. 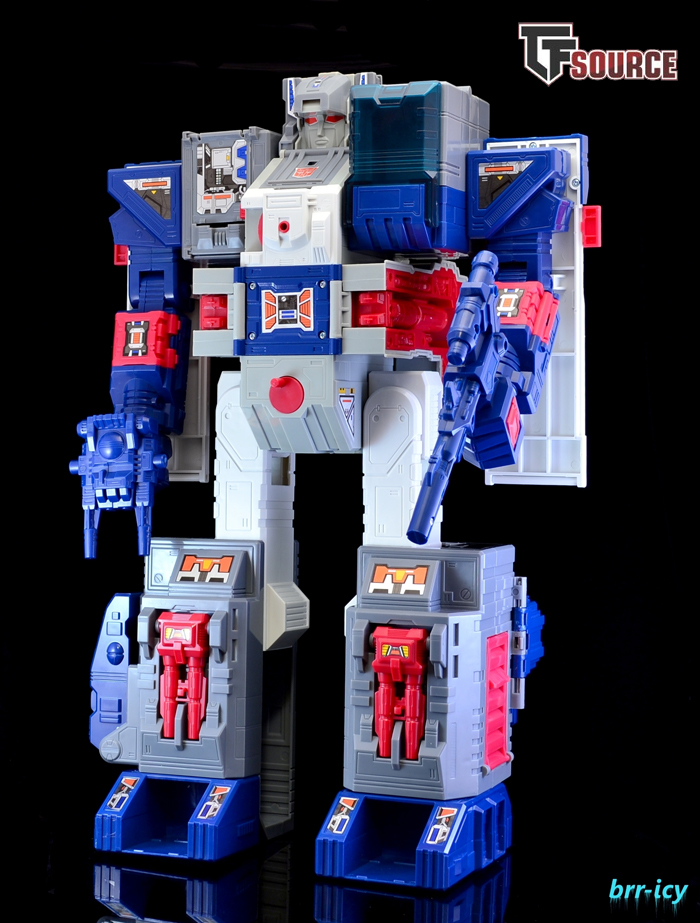 G1 Headmaster base Fortress Maximus is wonderful. Yes it got reissued, but that has apparently not had any real lasting effect on the value of a vintage Maximus. This is a toy I have never owned, but it’s always been a fascinating thing. Fort Max was released by Hasbro in the US in 1987, by Takara in Japan, and as we covered in a past News To me article, in Canada by Hasbro Canada. 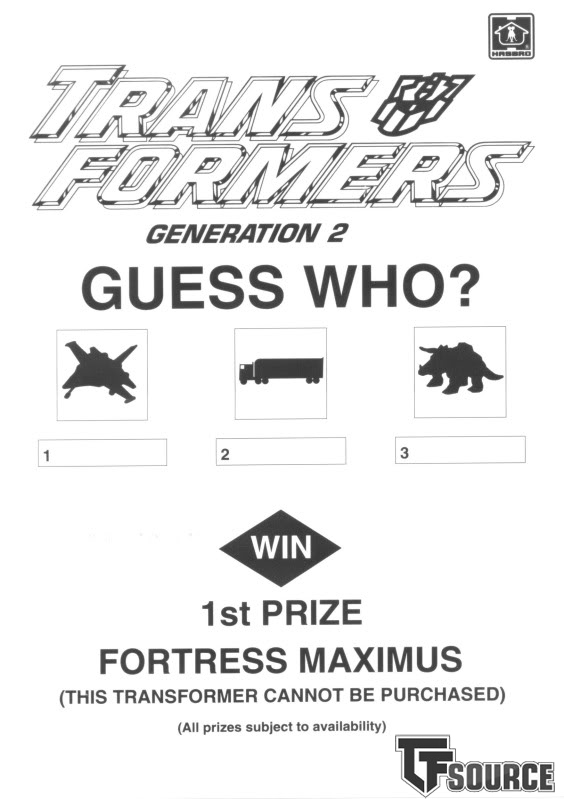 Well it turns out we did get Fortress Maximus at retail in the UK as well, after a fashion. The above competition slip from 1993 – notice the Generation 2 logos and fonts – is from world famous London toy store Hamleys. I’ll be covering this story in more detail in a future article, but for now I’ll say that this in-store competition allowed one to enter and win a G1 Fortress Maximus. In addition to that, some stores scattered about the country had imported stock of Fort Max for 1994 and sold it in the UK, and some Toymaster stores apparently had it as a colouring contest prize too (one collector said another had Scorponok as a prize). So while it never saw official release here, some lucky buggers did indeed get a Fortress Maximus at UK retail. After a fashion. 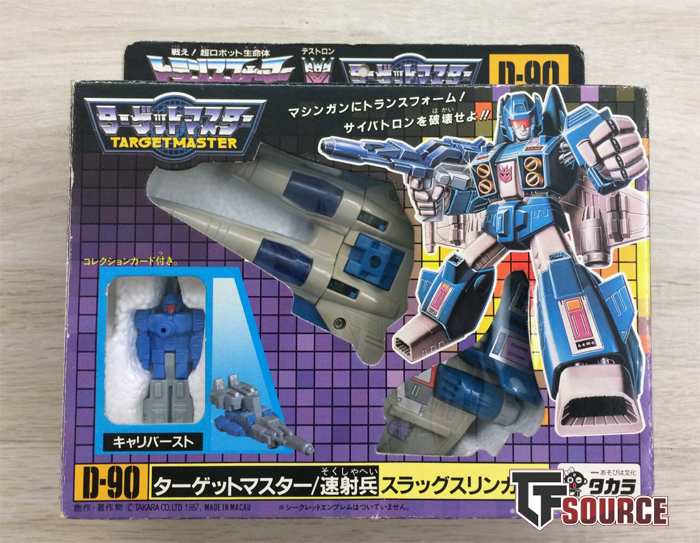 Last one for this edition of News To Me, something more up my street and less groundbreaking than the above discoveries, a standard G1 variation. I’ve been on an enormous nostalgia drive recently and have picked up a lot of very nice 1987 G1 Targetmasters, Headmasters, Monsterbots etc, along the way becoming quite enamoured with Slugslinger.  When the opportunity came up to purchase a Japanese Slugslinger, I showed some interest and asked for pictures. 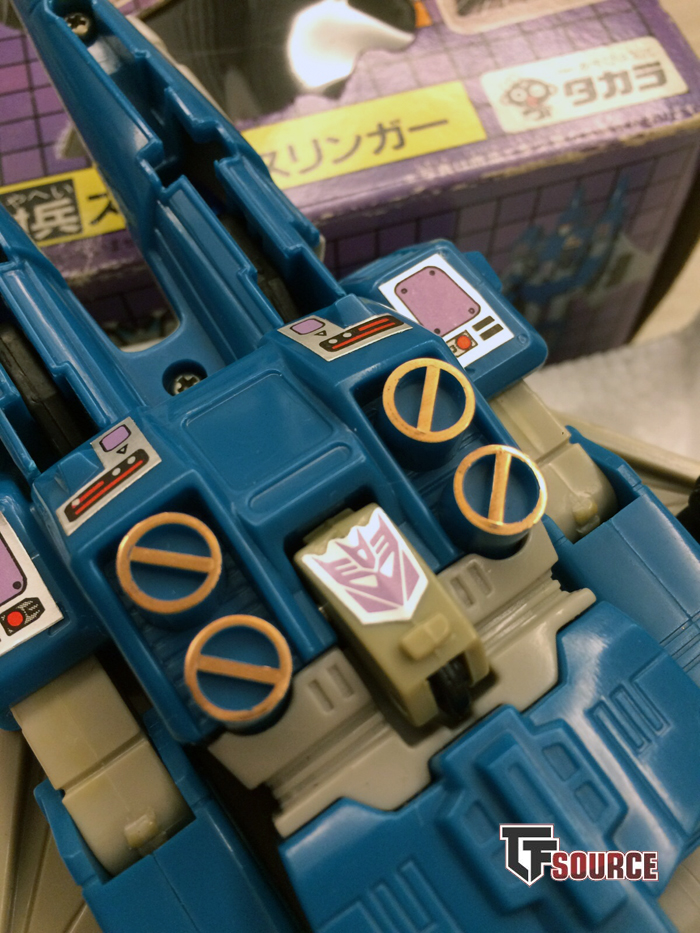 The seller pointed out a difference between US and Japanese Slugslinger I had never encountered before. In addition to many JP Targetmaster jets not having the spot for the rubsign (or the sign itself), Japanese Takara Slugslinger had gold chrome on the circular dials/nubs on his chest. The Hasbro versions all had silver chrome (that wore off seriously quickly), but Takara’s gold chrome matches the original Slugslinger box artwork and prototype stock photography. Nice touch.

After all this time, after 30 years and more, to still have a community that’s actively looking for and uncovering hidden gems like that mailaway Japanese Devastator or to have items like the gold prize Diaclone Fairlady show up and knock everyone for six by sporting a bizarre Diaclone Prowl sticker means we continue to have one of the most fortunate and exciting vintage toy collecting hobbies in the world. I’m always worried every News To Me segment will be the last in the series, but with this hobby you just never know. 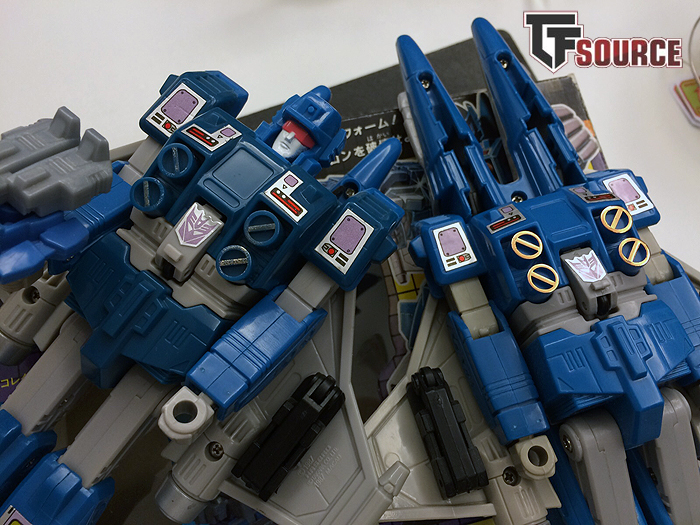 You can buy your own G1 vintage Transformers here at TFSource