Transformers: The Movie – When And Where

In 1986, The Transformers: The Movie was released, and even ~30 years later it still holds a special place in my heart. It was my very first exposure to Transformers and is still the most nostalgic piece of Transformers for me.

Megatron must be stopped. No matter the cost.

As a film, it still holds up well in today’s Fandom. One of the most interesting aspects of this film is how fans of different generations recall this film, how they feel it impacted Transformers, and the most memorable memories they have have of the animated feature. Such questions as: When did fans first see the 1986 Transformers Movie? Where did they see it? What are the most memorable moments or scenes from the animated feature? I asked fans that entered are hobby at different points these questions to gain their perspective. 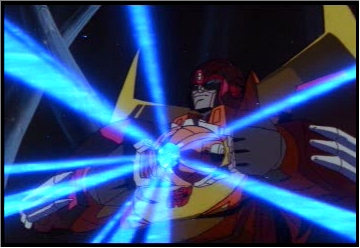 Myself, I’m a 26 year old fan that was introduced to Transformers through this film. My first time seeing the 1986 movie was in the early 1990’s. I must have been three or four years old because I literally cannot remember an earlier memory before watching it on a recorded VHS copy (that skipped the first 30 seconds or so of the intro). I watched it repeatedly, I could never get enough of it. Although it made no difference to me then as a kid, I would have loved to have seen this in the theater, much like fellow fans Don, also known as Headmaster Don of Radio Free Cybertron, and Simon, also known as Sol Fury on TFW2005 .

Headmaster Don who is 45 has been a fan since the very beginning (since June 21, 1984 to be specific), after seeing the Transformers toys in store on his birthday. When I asked him about the 1986 movie, he recalls seeing Transformers in theaters and some of his most memorable moments: 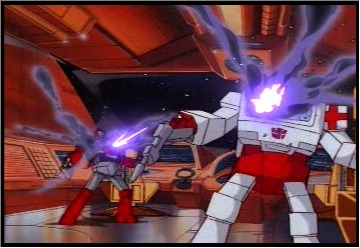 Headmaster Don – I saw the film in theaters the Saturday after it came out (original release date: August 8, 1986). I was with my cousin and one of his friends. I was 16 at the time.

The most memorable moments? The Death of Optimus Prime and birth of Rodimus Prime of course, the whole changing of the guard theme of the movie. The death of all the Generation 1 cartoon Autobots, especially on the shuttle where we SAW them all just get wasted. It was a sucker punch to the gut since no one ever ‘died’ in the cartoon. For me, Optimus Prime’s death didn’t register at that second since I was still reeling from the shuttle scene. Runner up memorable moment: Optimus Prime rolling out to ‘The Touch’. Such an AWESOME scene. 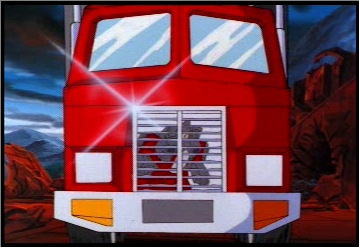 Don hit on an interesting talking point during his reflection, that of not having a strong reaction to Optimus Prime’s death. The most common memory I read on message boards from Transformers fans is that shocking and perhaps unsettling death of the Autobot leader, which had little effect on me as well. The Autobots lost in the shuttle scene, Optimus Prime, I did not know these characters from the cartoon or comics, I didn’t have their toys. I simply saw Optimus Prime as the hero putting his life on the line during his final battle against Megatron. It was heroic, it was simple. 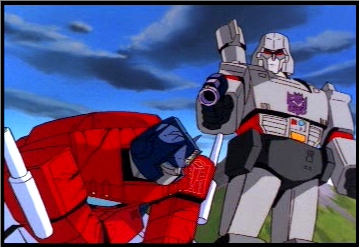 I first saw the film with my father at the theater in 1986, during the original theatrical release. This was the very first time I’d ever been to a theater to see a movie, so I have a lot of memories of the experience, from not knowing how to sit on a theater seat to a trip to Asda afterwards to buy a new Transformer (Astrotrain). Dad later rented and copied a VHS of the movie, and I’ve still got that copy – watched it a whole lot over the years until I got the DVD of the movie. 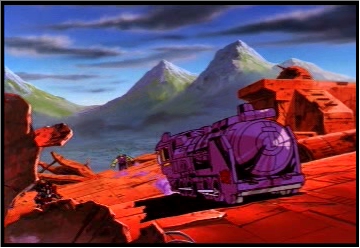 Memorable moments? Amazingly, not the deaths of all the old cast – I was too young to properly understand these guys were getting killed off, and the cut I saw was the redubbed ending which promised Optimus Prime would return.

My most memorable moments from a kid comes from Hot Rod’s adventures on Quintessa – I remember for weeks afterwards, the scene when he raced around the Sharkticon pit with Kup and made the water rise stuck in my mind. Hot Rod was very much my favourite character in the movie – most of my favourite memories as a kid stuck with him. 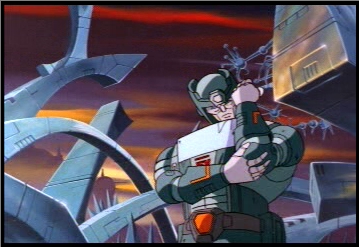 That said, the final Optimus Prime and Megatron showdown stayed with me. As an adult, I can appreciate it as a bookend to their fight on Sherman Dam, but as a kid, I just loved it as a huge battle between the two leaders with that music playing in the background.

Also, worth saying that the idea of a gigantic Transformer that is a whole planet? Also completely grabbed me. That one stuck in my head a whole lot. I had the comic adaptation (in big, oversized treasury edition, which is how it was published in the UK) and the scene of Unicron’s transformation in there was one of my favourite full-page spreads. 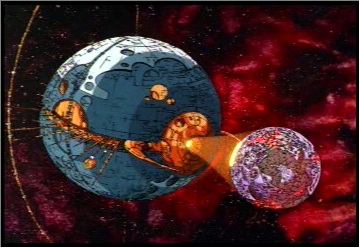 Unicron destroying everything in his path.

I will always be jealous of Don and Simon’s experience of seeing this film in the cinema. Do other fans my age have the same reaction to the 1986 movie as I did? Do our memories of Optimus Prime’s and the Autobot team’s deaths register the same? My friend Jason, known as Jacer across internet circles, chimed in for our generation as well:

Jason Jacer – My name Is Jason, I’m 23, and I’ve been collecting since Beast Wars so I’ve been a fan for probably around 19 years give or take.

I don’t remember when I first saw the 1986 movie. My brother and I rented it from Blockbuster dozens of times. It was early enough in my life the event of the movie is seared into my memory.

The most memorable moment of the movie for me is when Unicron first transforms. It was amazing seeing a planet transform as was able to nearly crush Cybertron. This movie also made me hate Hot Rod for the longest time because it was in fault Optimus was killed, and I hated how he became the next Prime. It probably wasn’t until Rodimus showed up in Energon that I finally forgave him. 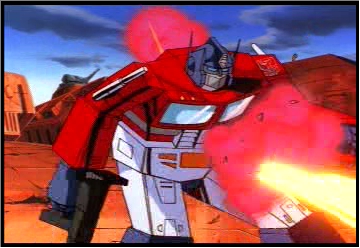 Jason brings up one of the most controversial items Transformers fans may never agree on. Whereas he blamed Hot Rod for the death of Optimus Prime, Hot Rod became my favorite character. Many long time fans still hold a grudge against the hot headed Autobot, an argument fans will never agree on.

Such things as the death of Optimus Prime, the transformation of Unicron, and Hot Rod’s rise to the ranks of Prime, those memories all left an impact on today’s fans. Are those impacts long lasting across our Fandom? As a fan, I always encourage others to explore this part of our hobby, to pick up the movie and watch it as I feel it’s one of the best pieces of media and storytelling we’ve ever had. It was very interesting to read the responses from Jason, Don, and Simon regarding the impact of this film, the varying responses captured a unique spectrum:

Jason Jacer – I think the movie had more of an impact back in 1986 than it would now if someone were to watch it for the first time. In the movie we learned that our heroes can fall. We learned there are much bigger threats out there in the universe. We also learned we can find friends in the most unlikely of places. 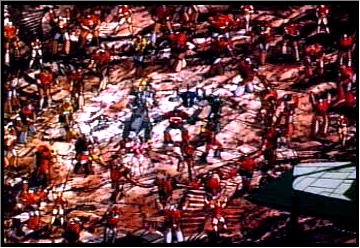 The Planet of Junk.

Headmaster Don – I think the movie’s impact has been lessened since the line has grown and evolve well beyond the movies’ scope at that time. If Transformers had ended with Rebirth with no G2, or Beast Wars, or anything after, I think the movie would have had a greater impact since it did change so many characters and how we saw the Transformers as a whole. But looking back it’s the nostalgia that makes the 86 movie so stick in our heads-maybe not just for those scenes and others I mentioned, but where we were in our lives at the time and when the Transformers world felt a little bigger because we didn’t know as much then about the behind the scenes as we do now. 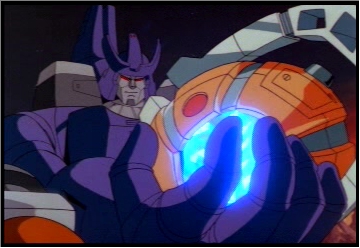 To echo my thoughts on the legacy this film has, Simon’s words on the lasting impact of this film are best to close this article out:

Simon Sol Fury – It was a watershed moment. It’s where they killed Optimus Prime and the older characters to bring in the new cast (and learned you don’t toy with Optimus Prime). It’s where the Matrix came to full prominence, and it’s the debut of Unicron – love or loathe him, he’s an integral part of the lore, and it all started with his appearance in here.

More generally, it also shifted some of the focus of Transformers from a very Earth-based story set in the contemporary era to a “20 years into the future” setting, shifting the plot to more of a space opera. A lot can be made about how this, and killing Optimus Prime, really undermined some of the strength of the brand compared to the early years.

That’s not to do down the charm, the action, and the adventure of the experience though. I still love it for being a huge action-adventure story on a much grander scale than anything ever dared to be before it. 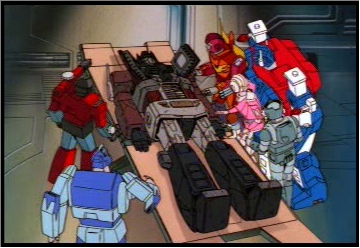 The death of Optimus Prime.

A special thank you Jason, Don, and Simon for their thoughts and input on The Transformers: The Movie. All images courtesy of TFW2005’s screen captures section.

Transformers: The Movie – When And Where